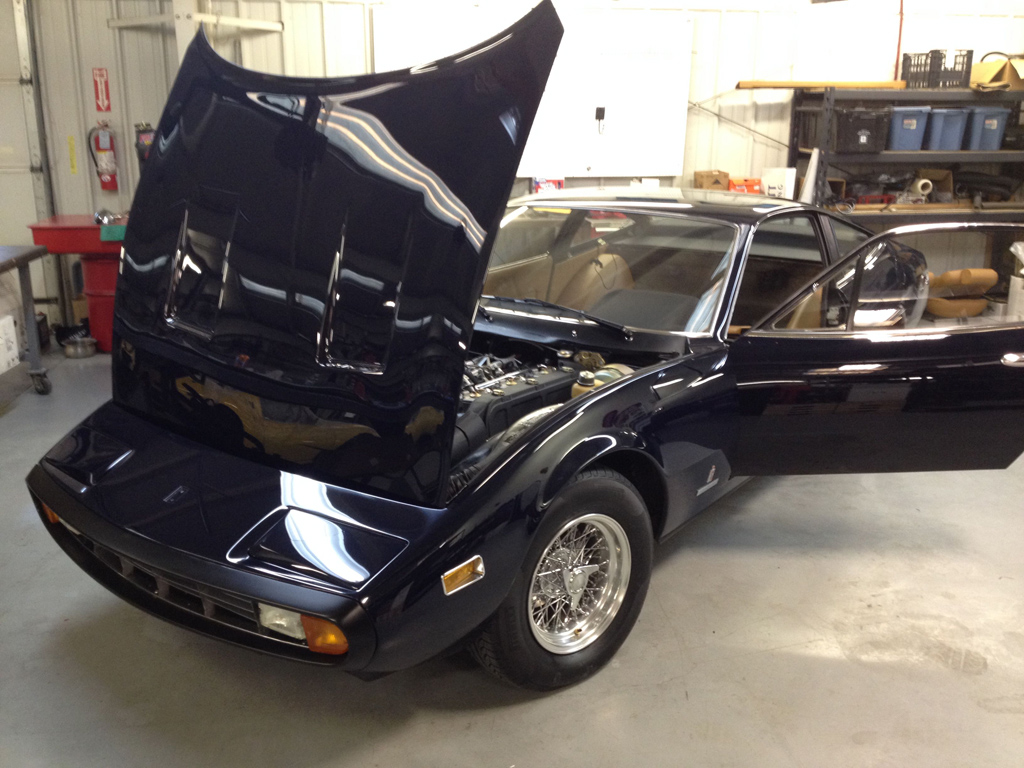 I found myself in North Carolina back in December on a family holiday visit when I decided to go and inspect a 365GTC/4 that a friend of mine is working on. The customer is someone whom I’ve helped with several cars he’s owned, and we found this car in North Carolina for sale. The car had a timing chain noise, and when I sent my friend Tom Farrell to inspect the car, we decided for the price, it would be a good project and Tom agreed to do the work. 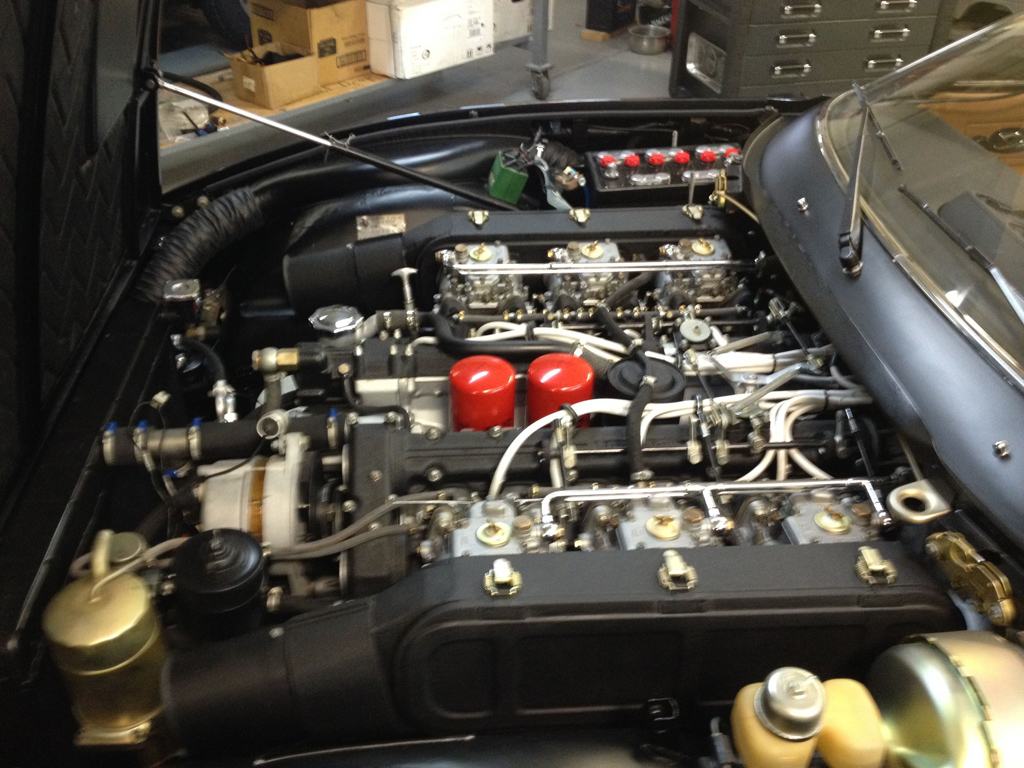 As usual, the scope of the project widened as the owner decided to have the car painted and the interior redone as the engine was removed and repaired. 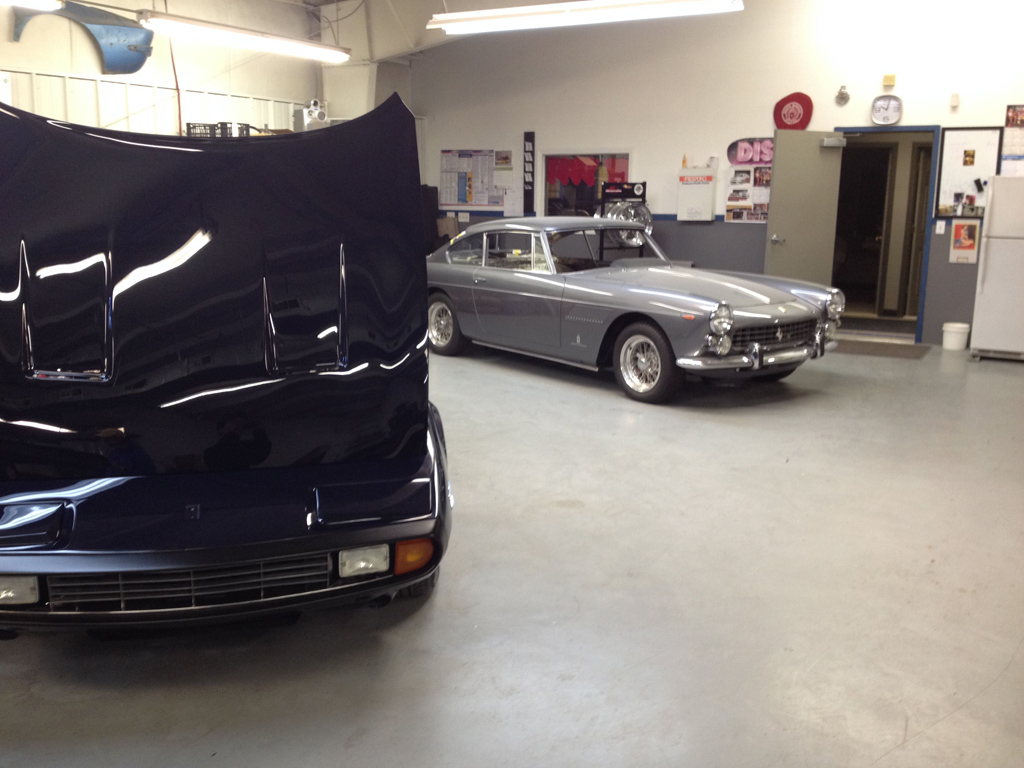 Tom Farrell, owns Farrell Restorations, a shop in Mooresville, NC, and was more than qualified to do the work. The Charlotte area is chock full of machine shops, engine builders, and fabrication facilities because it’s right in the middle of NASCAR country. Tom used to work for Penske, but is now running his own shop with four guys trying to keep up with the work load. I met Tom because he owns a GTE and I was impressed with the level of work he was putting into his car, unfortunately it’s the classic case of the Cobbler’s Shoes, where Tom has very little time to work on his own car! 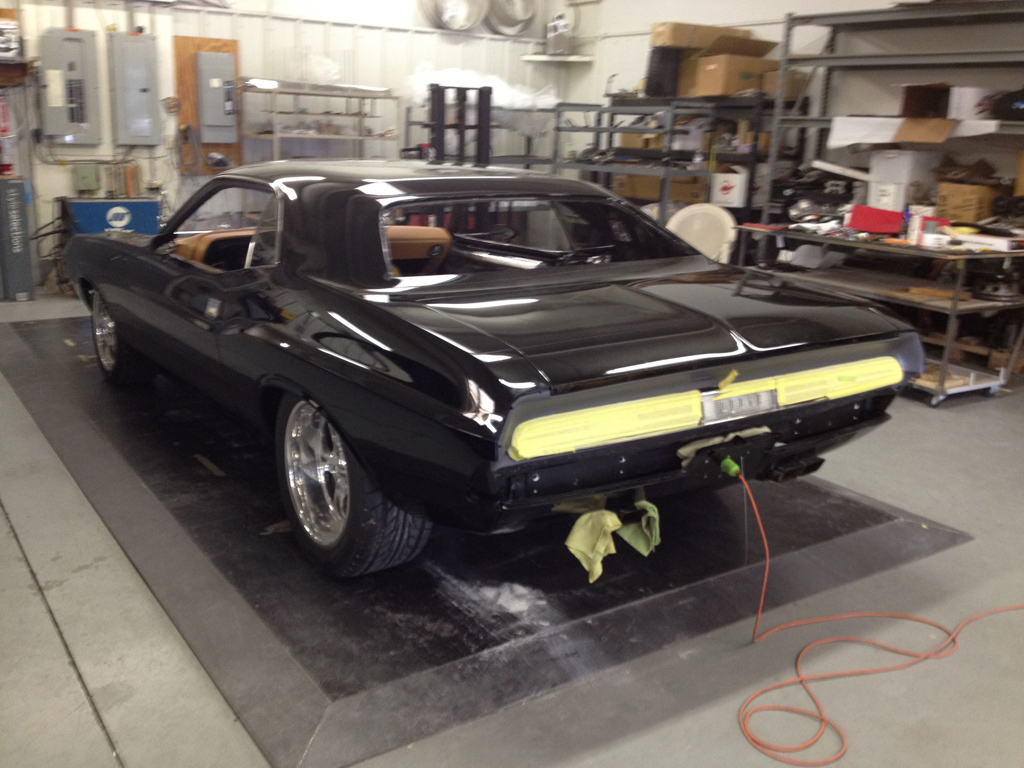 On one side of his shop are the Ferraris, while the other half focuses on custom car building, and there as many differences as there are similarities in the type of work. This Challenger has about 5000 hours into the project…yes, I said 5000 hours, nearly double the amount of hours for a ground up restoration of a vintage Ferrari. Every part of this car is modified or custom made, and to the uninitiated, the results are subtle. 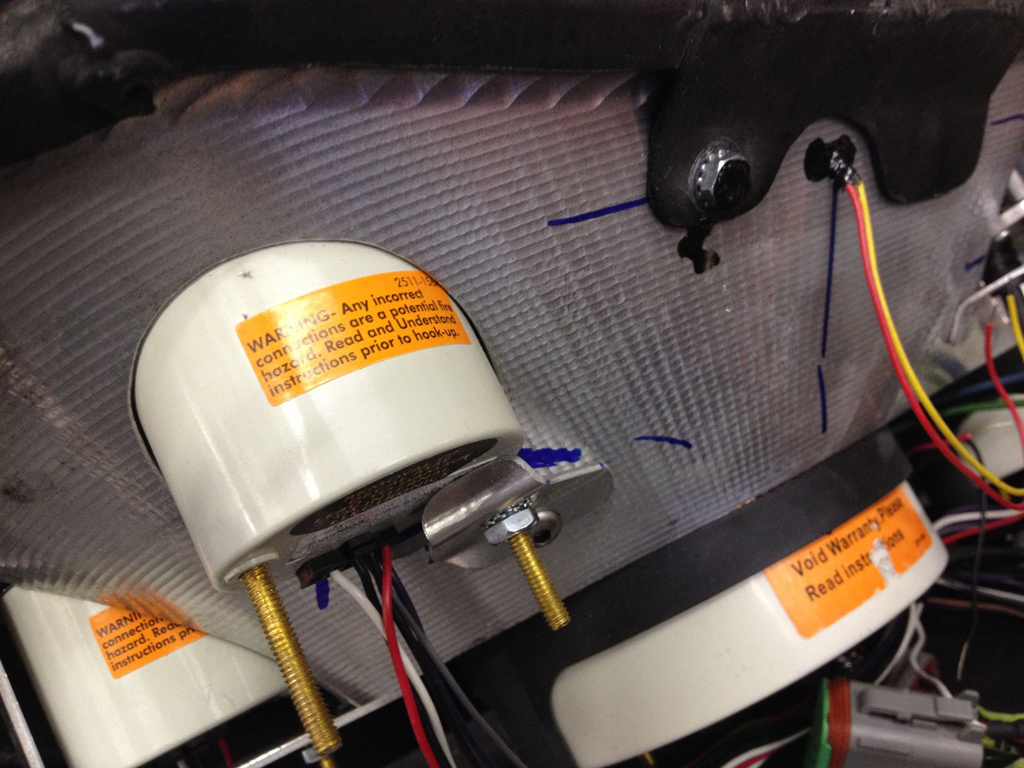 One example is the custom gauge cluster. What initially looks like an injected molded plastic piece is actually an CNC aluminum gauge pod made from a 30 pound of billet aluminum! 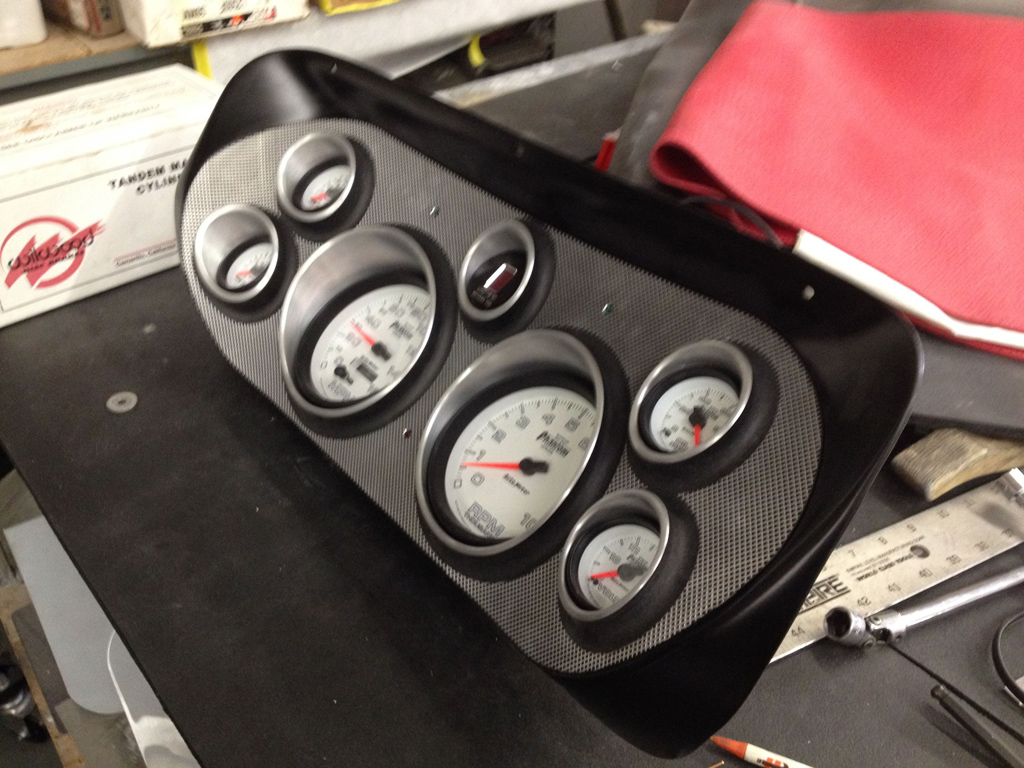 The rear of the panel is where you can see evidence of all the machine work and the attention to detail that it takes to make such custom pieces. This level of work is often beyond the understanding of most of my Ferrari customers. Tom explained that when his custom car customers see the Ferraris on the other side of the shop, they say, “why would anyone pay $500K for a Dino?! The Ferrari owners look over to the custom hot rods, and say, why would anyone spend $400K on a Challenger?!

With Tom Farrell in the middle, he’s in a good place. Now only if he can find some time to finish his GTE!