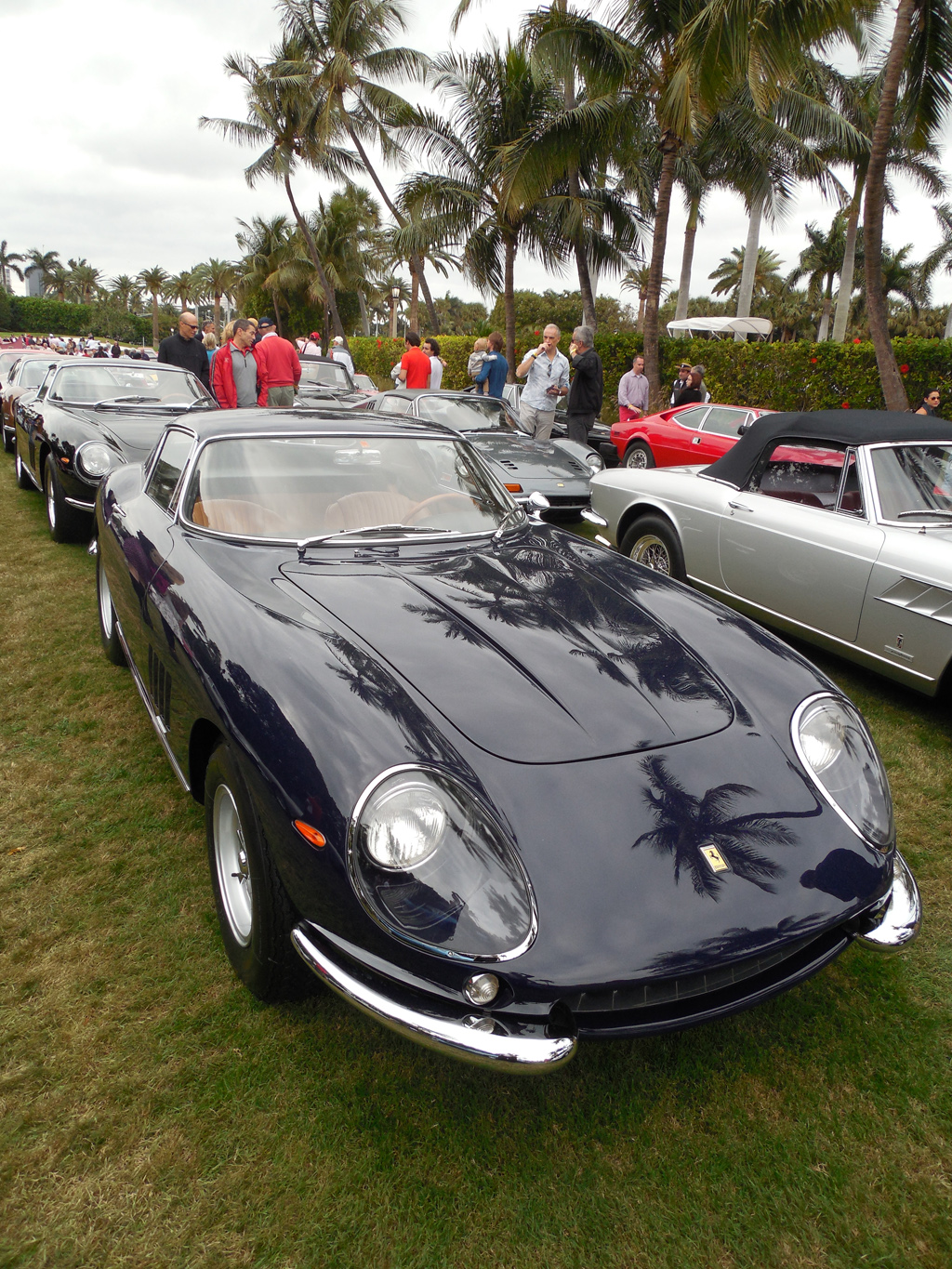 The big day had finally arrived and it started at 6:30 am when we off loaded all the cars to get in line for the Cavallino Classic. I worked very hard in the past several months preparing this 275GTB/4 for this show and I hoped it would do well. I did not restore this car, but prepared it for this show. I did the best I could in the time since the car was handed to me in early October and it was now Show Time! 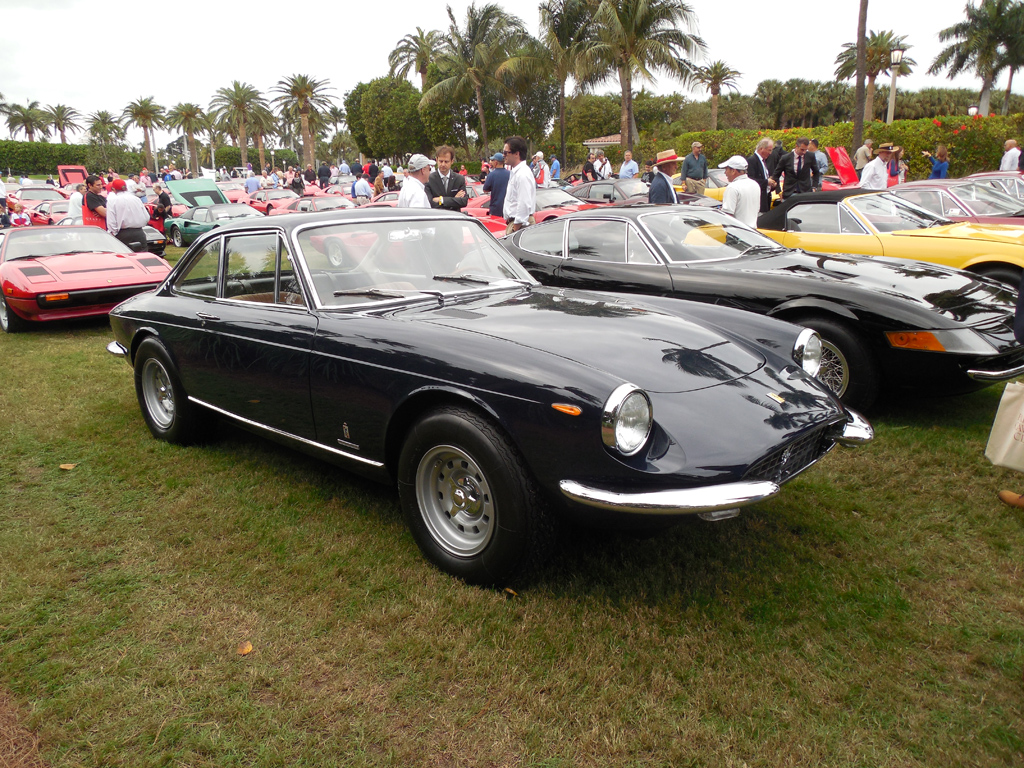 Blackhorse Garage, from Connecticut restored this 365GTC, and I agreed to help show it as well. John paints some of our cars, so I wanted them to do well with this complete restoration. 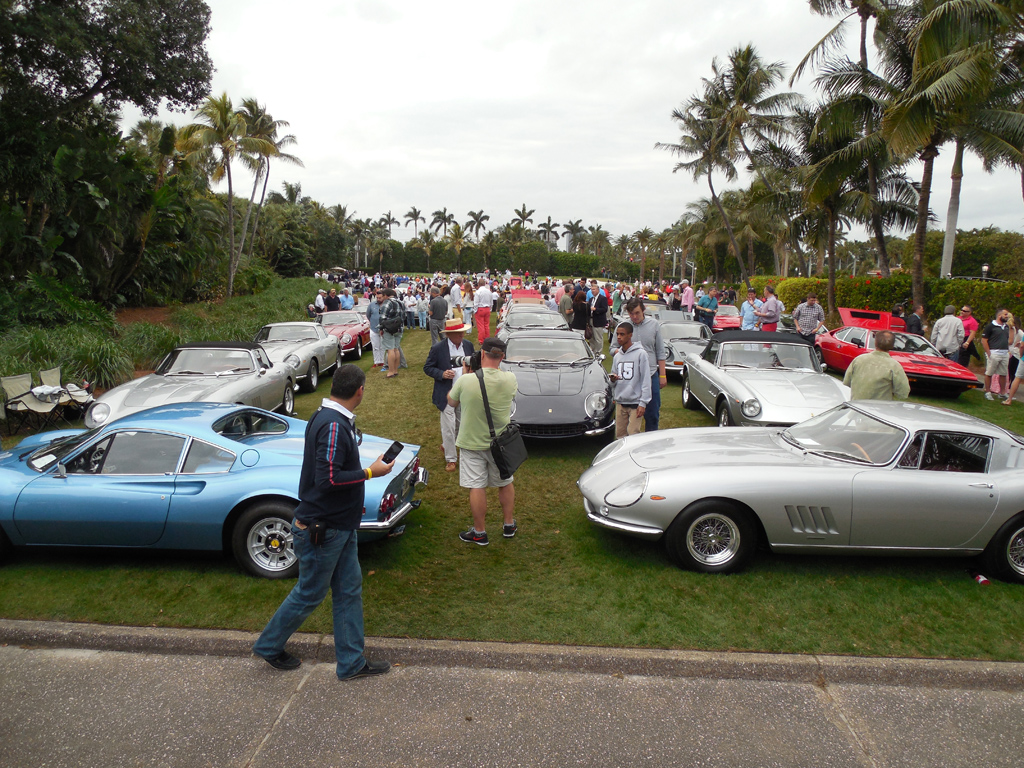 This was the most crowded show field Cavallino has seen, and the judges had their work cut out for them. Rain was expected at midday, so everyone was tense to get the score sheets filled out as soon as possible. Getting in line early secured us a good spot first row center! 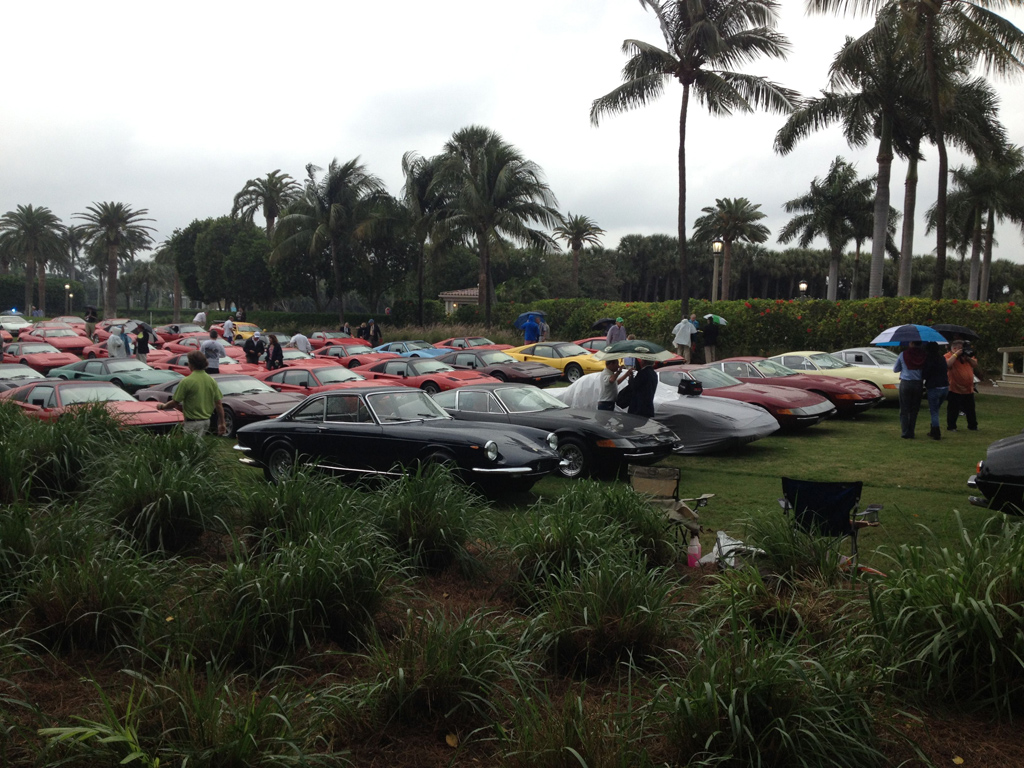 I was tangentially involved with three cars, the GTB/4, the GTC, and a Europa, so getting the three separate class judges to inspect the cars at different times was a scheduling nightmare. Between negotiations with the judges, text and phone calls with the owners, we managed to get it all done before the rain. The showers were typical of South Florida, lasting about an hour before blowing over. 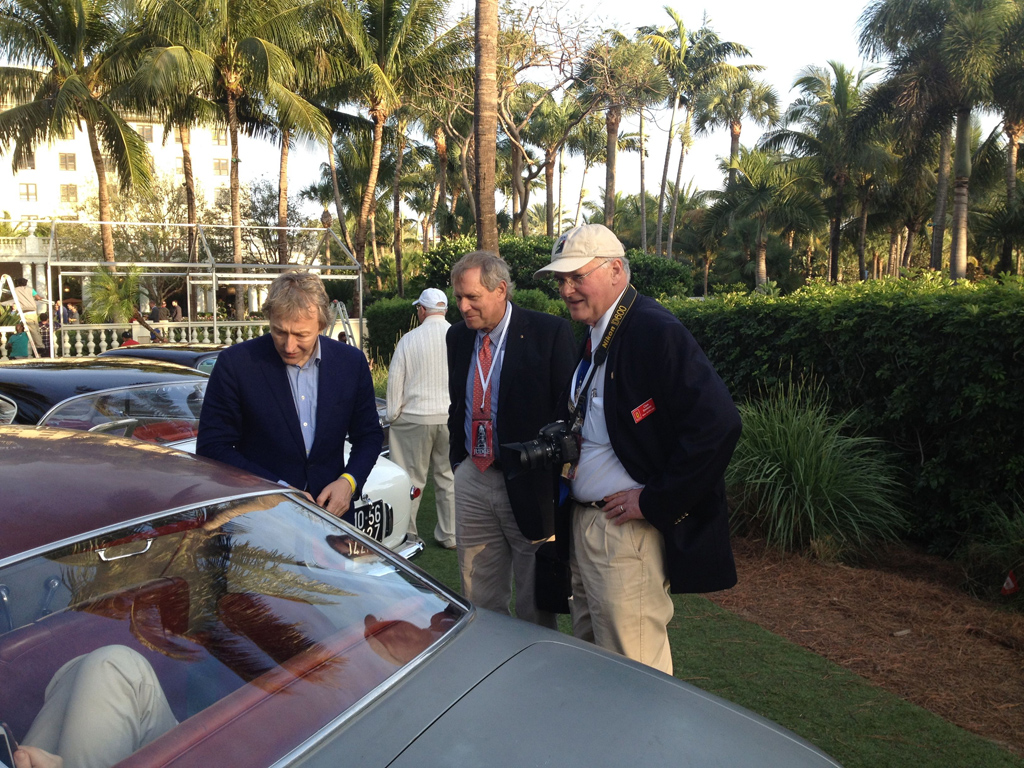 The sun came out and the judges finally had some time to relax and chat with some of the attendees in the afternoon. One of the Keno brothers showed their Europa next to our white one, and here’s Parker Hall, and Clem Simmons chatting about the car while junior lounged in the back seat!

I didn’t make it to the Banquet Dinner that night because I had dinner with friends, but I received text updates that put a smile on my face. Platinum for the GTC, Golds for the Europa and GTB/4! The owner and I were very happy with the results, and are now know exactly what it’s going to take to get a Platinum. Most of the points we need to get Platinum will require painting some of the car, so we’ll have time to do it before the next show. Congratulations everyone! I’m going home to get some rest!