A Ride to Remember

About 8 years ago, Mark Dempsey was showing his Ferrari at a Ferrari Club National event in Watkins Glen when he looked through the vendor area at the scale cars models for sale. Being a fan of Vintage Ferraris, he found a model of a 250GTO that was vaguely familar. It was the exact copy of the real life version that was present at this event. He bought the model and went back to the show field. As we walked past the actual GTO again, he saw the owner near his car. Mark struck up a conversation and told the owner he had just bought the faxcimile of his car. Amused to see his car in model form, Chris Cox asked Mark to show him the vendor so he could buy one as well. Unfortunately, Mark had bought the last blue GTO, and the vendor only had a red one in stock. Mark saw Chris’ disappointment and offered the one he bought exhange for a red done under the condition he could someday get a ride in Chris’ GTO. It was a fair trade, and Chris agreed to do it. 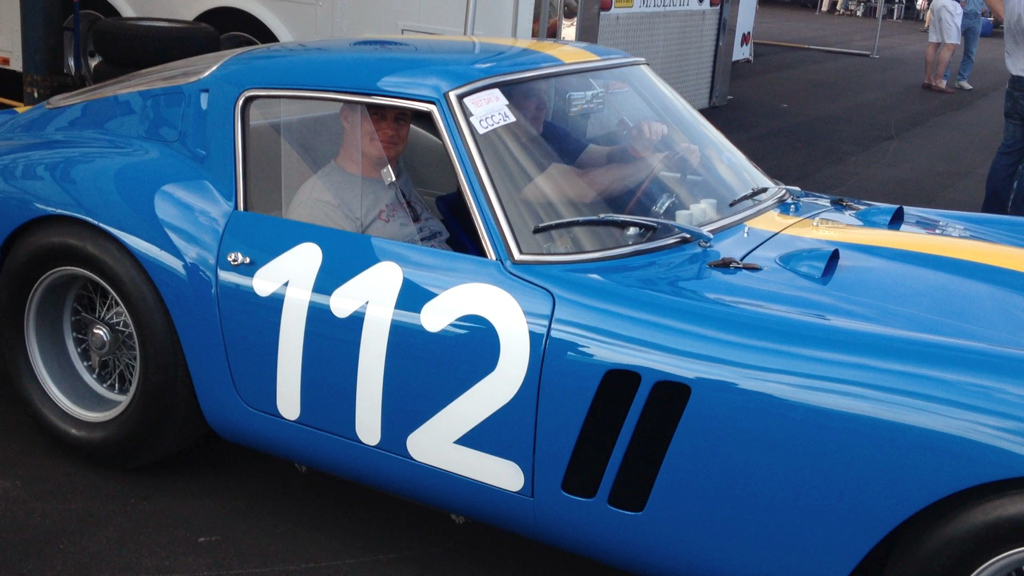 The FCA weekend was a busy time so Mark and Chris never got a chance to get together for that ride, but Mark never forgot the promise. At every Ferrari event or track day Mark attended, he would look for Chris’ car. Motion Products often cares for the GTO, so Mark practically stalked the Motion’s tent area looking for his elusive ride. Mark’s persistence and luck finally came to fruition last week at Cavallino when he spotted Chris and his car parked in the MPI paddock area. Chris whole heartedly agreed to make good on his promise and took Mark for a ride in this well known GTO.

Mark was giddy like a school girl backstage at a “One Direction” concert, and he wasn’t ashamed to admit it! Good on you Mark!