After basking in the glory of a couple of awards at Cavallino, it was time to get back to work on the 365GT 2+2 at the shop. 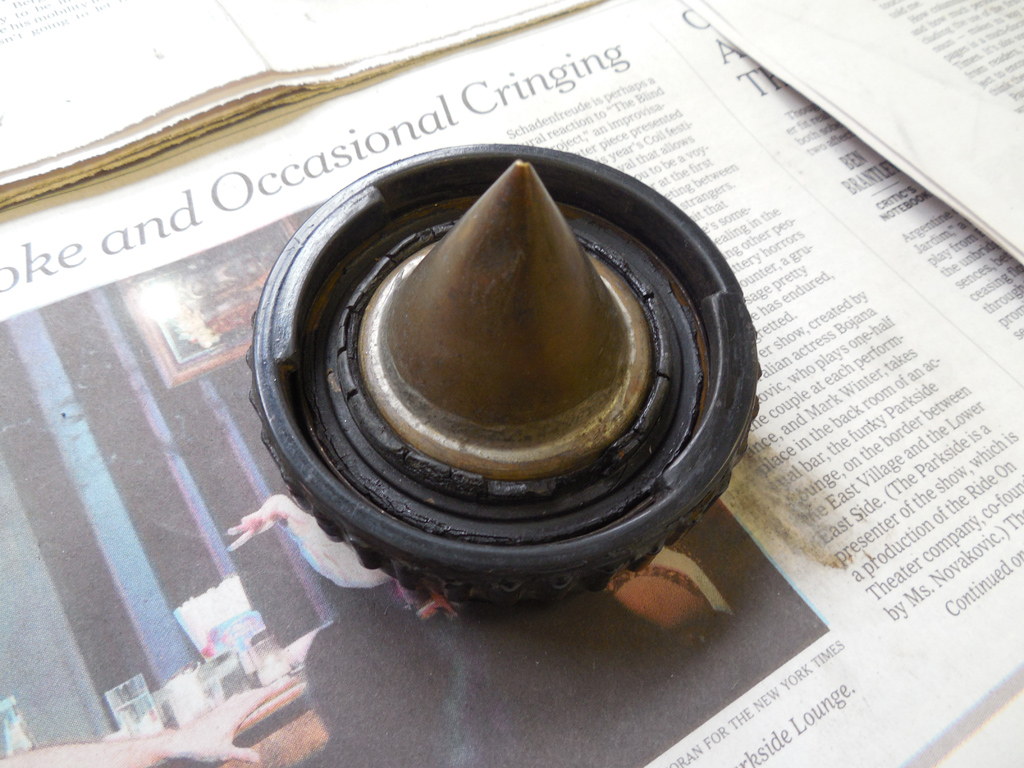 The owner needed a tune up, and list of things he wanted to address, and one complaint was when he filled the tank there would be fuel leaking from the filler. One look at the rubber gasket on the filler cap and it was clear what the problem was. The fuel today seems to eat away at the rubber that was used on these old cars, and what is left was a hard crumbly mess. My solution was to dig out the old gasket and squeeze a new cork gasket in its place. 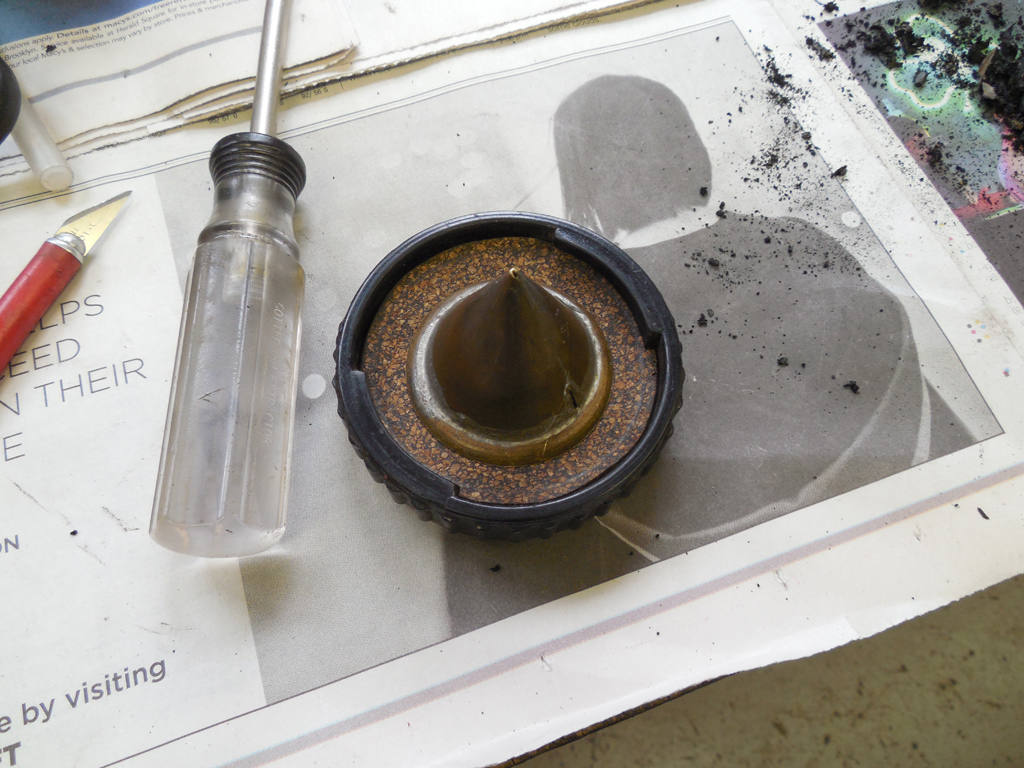 I could probably use a nitrile rubber gasket, but the cork is easier to squeeze behind the lip of the cap, and shouldn’t deteriorate even if they change the formulation of the fuel again. Of course, you have to buy the “fuel safe” cork gasket material to insure you have the right stuff. 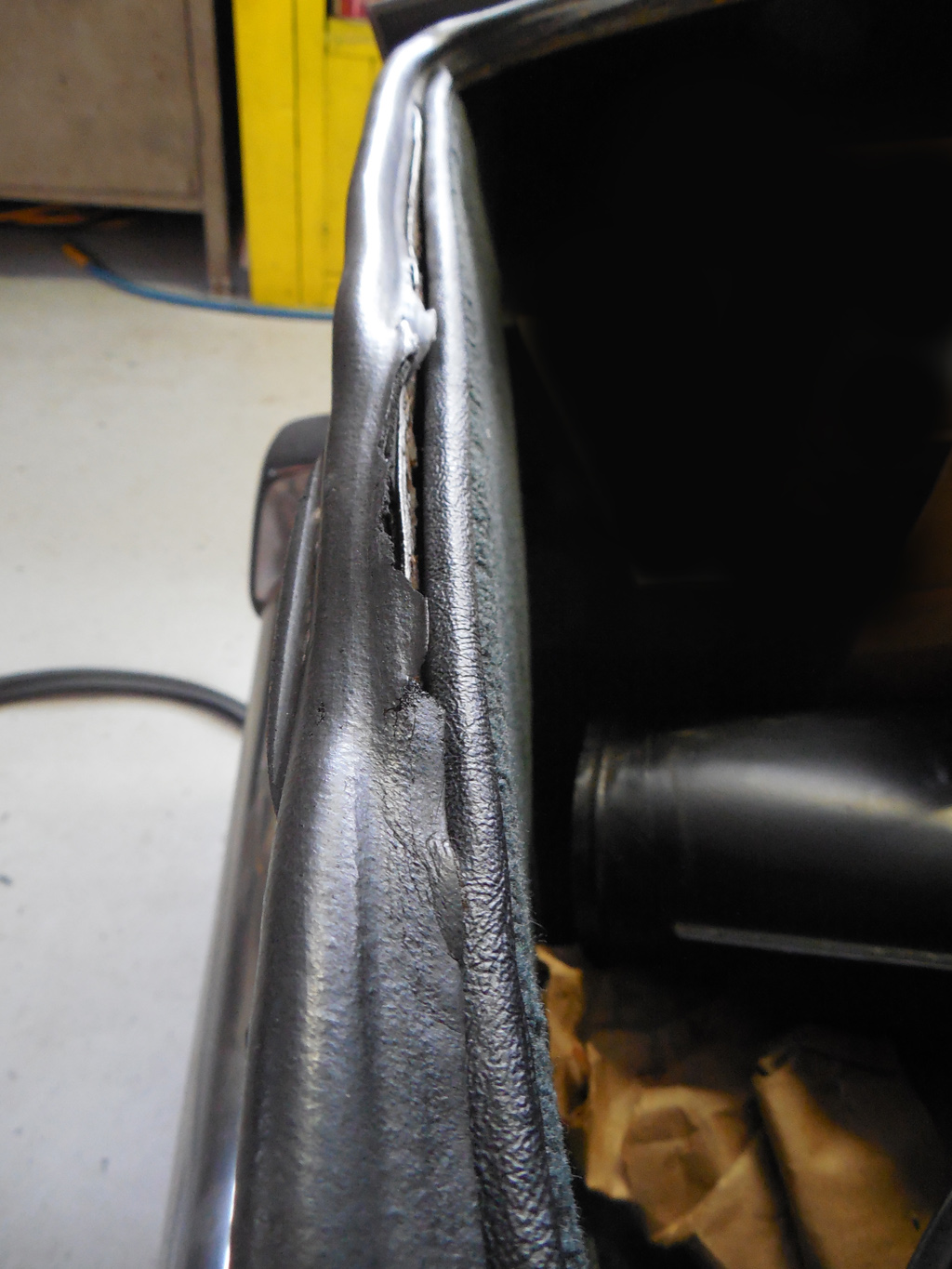 While I was back working on the fuel cap, I noticed how bad the trunk lid seal looked. I often get complaints from owners, or rather the wives, about how they often smell exhaust in the car. Women either have a better sense of smell than the guys, or are less tolerant to the smells of an old Ferrari, but whatever the case, a bad trunk seal will definitely cause friction when riding around in the Ferrari, so when I see a bad trunk seal, I suggest replacing it! 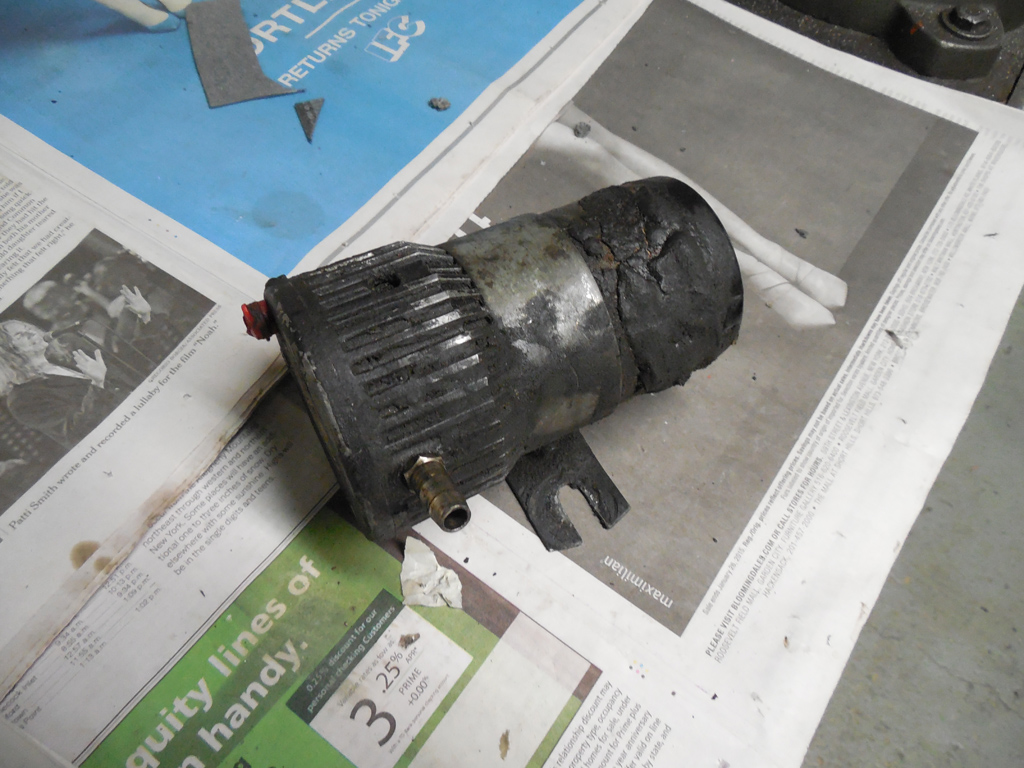 The horns on this car wasn’t working on this car, and from the looks of the compressor, it probably wasn’t a bad idea to clean it up and oil the internal rotor. I found the motor was missing a ground wire, and one of the horn tubes was collapsed. With a little time and attention, we soon had the familar Ferrari horn making it’s presence known! 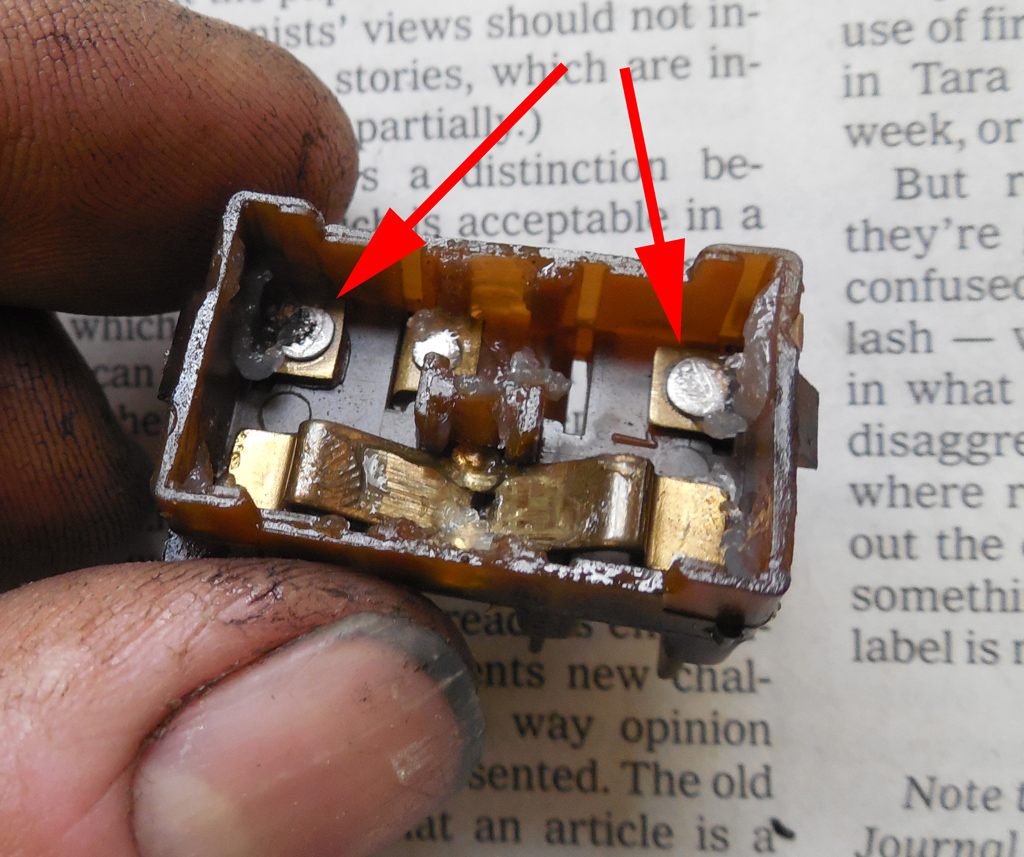 Next on the list was the window switch on the driver’s side. Getting replacements for these switches is getting very hard to find, especially to a pair to match when you find a replacement. There is a lot of current that runs through these switches, and the tendancy is for the internal contacts to heat up and oxidize past the point of making an electrical connection. Looking inside the switch, you can see how the left contact is burned out while the right contact is clean. I scraped and filed this contact clean, and we had working windows again, but a more permanent solution would to to relay this circut to eliminate the current draw through these switches. If the window switches fail again, I’ll suggest the fix to the owner.

I know, my fingers are filthy. but hey, you can’t do some of this work with gloves on! 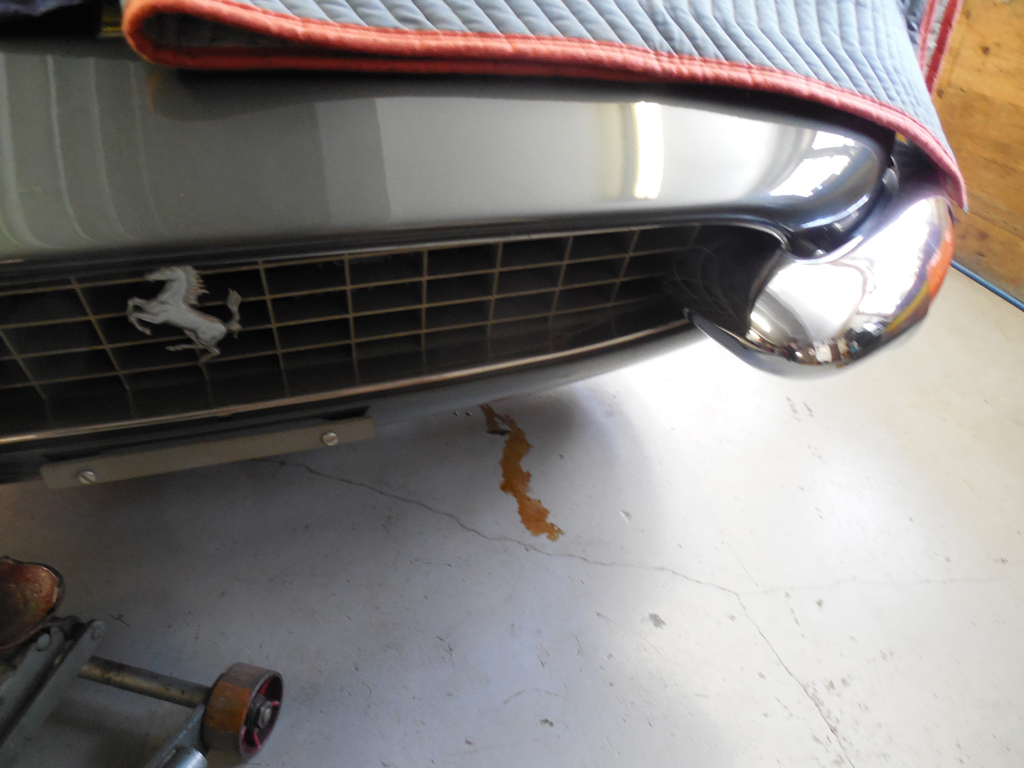 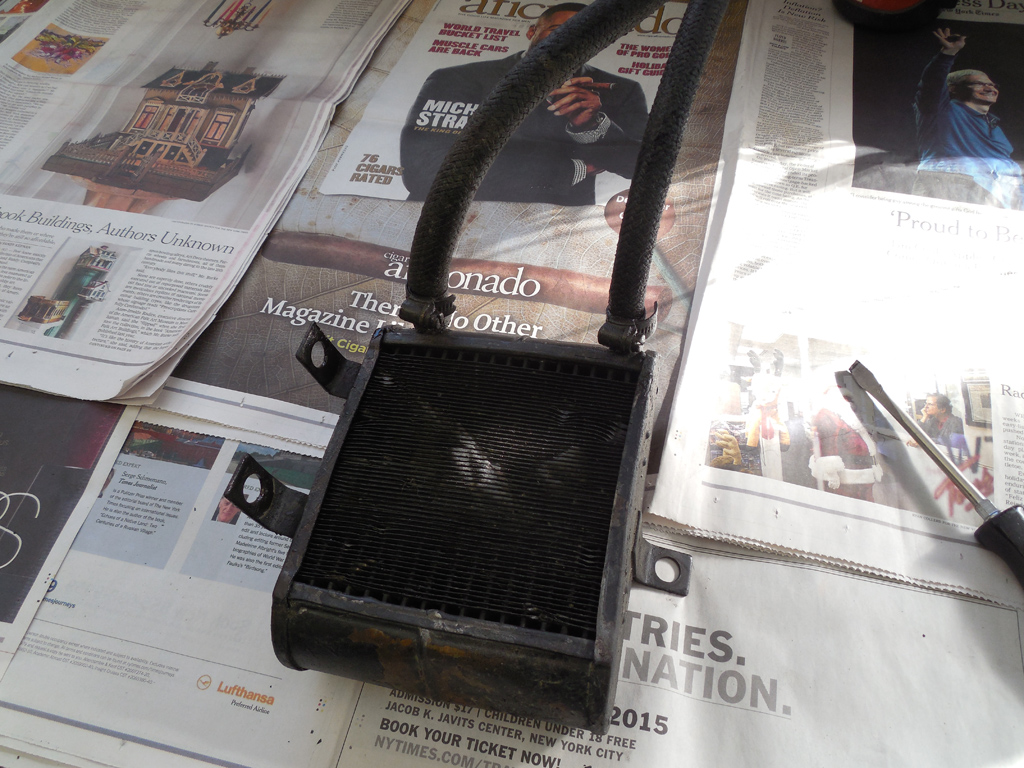 The cooler sits just behind the front grille and it was easier to remove the cooler to disconnect the cooler lines. While it was out, I cleaned and straightened out the cooling fins. 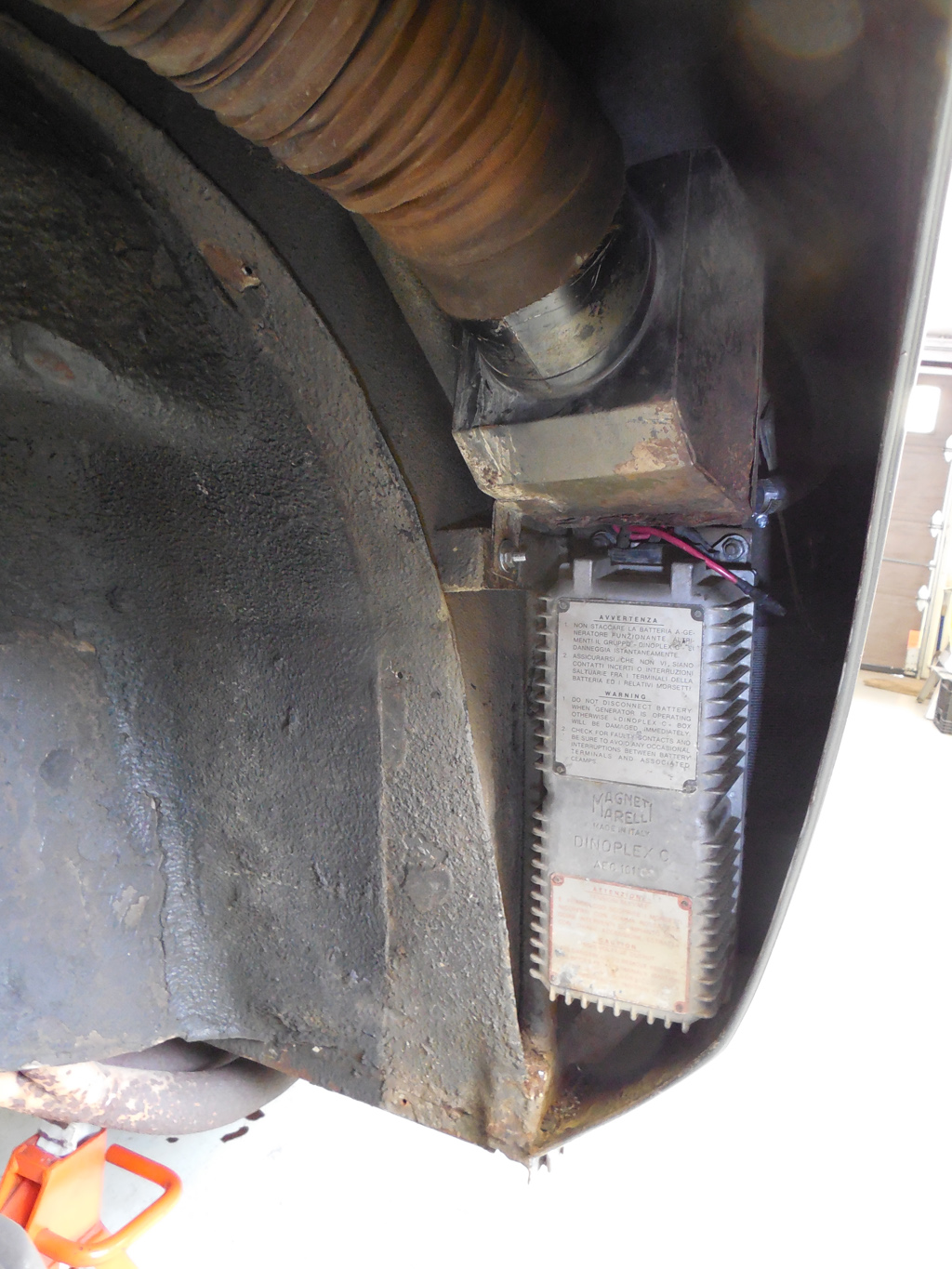 I also had to unstick a fresh air cable for the ventilation in this car, and that required removing the front tire splash shield. Behind the front tire inside the wheel well, I found the left heater core and sticky heater control cable, but I wanted to point out the Marelli ignition control box that this car has hidden in both front wheel wells. These units were an early electronic CD ignition system, but were prone to failures. Ferrari even included a “limp home” switch to by-pass this box when these boxes failed! They’re big, heavy, unreliable, and pretty much obsolete compared to what is available today in the aftermarket. They’re even too big as a paperweight! We can run this car on straight ignition points, or install a modern replacement. Since they’re hidden behind the splash shield, even in a Concours, no one will be the wiser!