I have two 330GT 2+2 s at the shop, and they were built at the same time at the factory! Ferrari street cars were numbered in odd numbers stamped on their chassis and engine blocks. Both 330s I have at the shop are four headlight cars, 6097 and 6099, so it’s safe to say they were probably built right behind one another at the Ferrari factory over 50 years ago! I may be geeking out a little bit but these two cars have been separated for over 50 years, and are now reunited back in the same shop half way around the world. 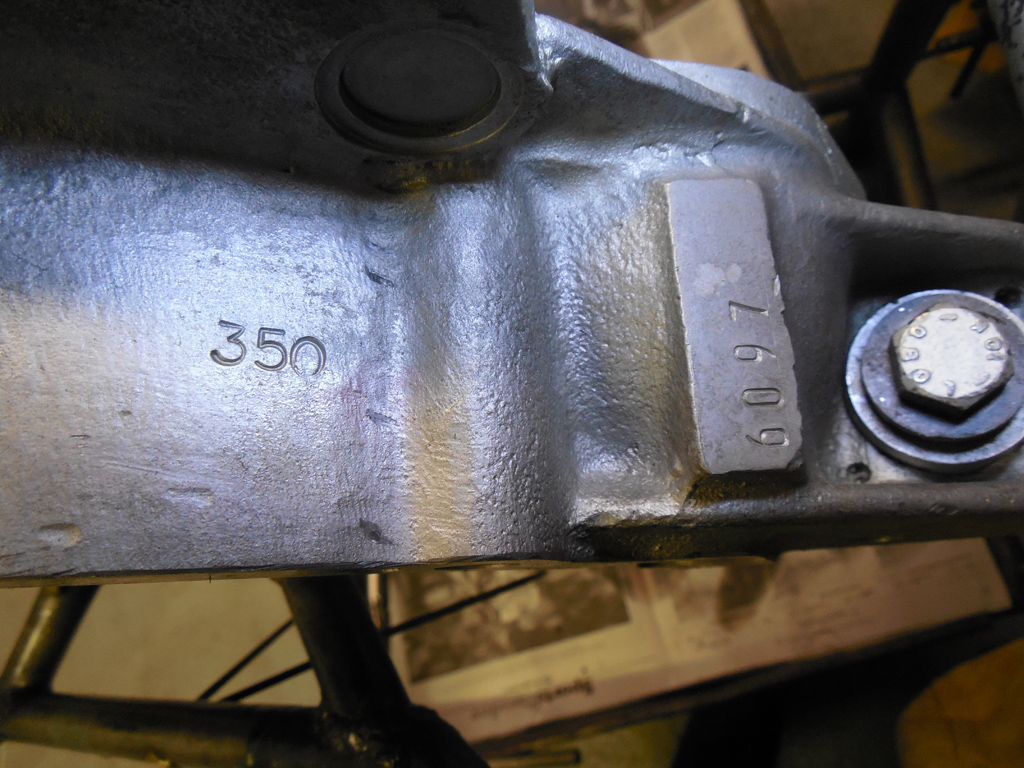 Besides this significance (or lack thereof), we can learn a little about the internal numbering (numero interno) system Ferrari used to stamp the engine blocks. You can see the flat boss on the back of the Ferrari engine near the flywheel where the engine number is stamped. This number, “6097” matches the chassis number and was stamped when the factory assigned this engine to this particular car. Before this chassis number was stamped, Ferrari stamped a “numero interno” on engines to keep track of them as they sat on the factory floor. The number assigned to this block was “350.” As they were assembled, the technicians would keep track of the engines with this internal number. As each engine was dynoed, and as cars became available, they were assigned permanent homes with corrosponding numbers. 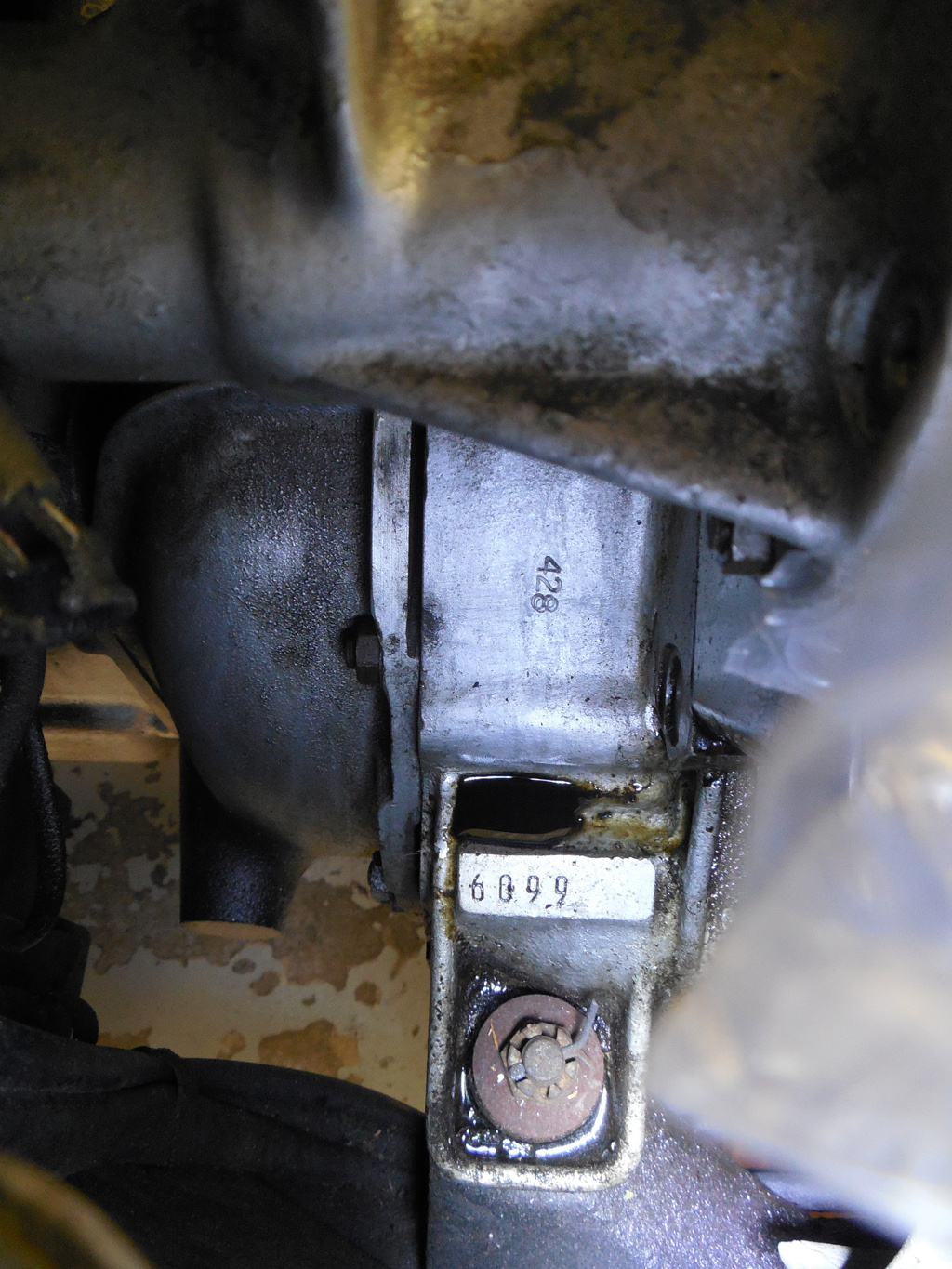 What’s interesting is with “6099,” the numero interno is “428,” which tells us the internal numbers were not necessarily sequential. The true “train spotters” of the Ferrari world tell me that there is often a range of internal numbers that were used for a set of Ferrari blocks at a certain period of time, so if a number way out of sequence, like a 700, or 900 number for an internal number could throw some red flags, but it’s still not an exact science. Friends of mine in the Ferrari world track these numbers feverishly, but the only true keeper of the records is the Ferrari Factory. No one really knows how complete their records are, but they will be happy to look up your car in their archives for the fee of a Classique Certification. The factory records should have which internal number was matched to a particular chassis number, along with the other internal numbers stamped on the differntial and transmission.

My boss, Francois worked at the factory serving an apprenticeship for his work with Chinetti Motors in the States in the 60s explained that engines were built far faster than the cars could be assembled. He remembers several engines could be built in a day with about 20 guys completing several tasks along an assembly line while the factory could only complete about 2-3 cars a day. Also, as they were stamping the internal numbers on the bare blocks for this pair of 330 engines, the foundary was also casting 275 engine blocks. Depending on the output of the foundary, there would be gaps in the internal numbers. Neat stuff.