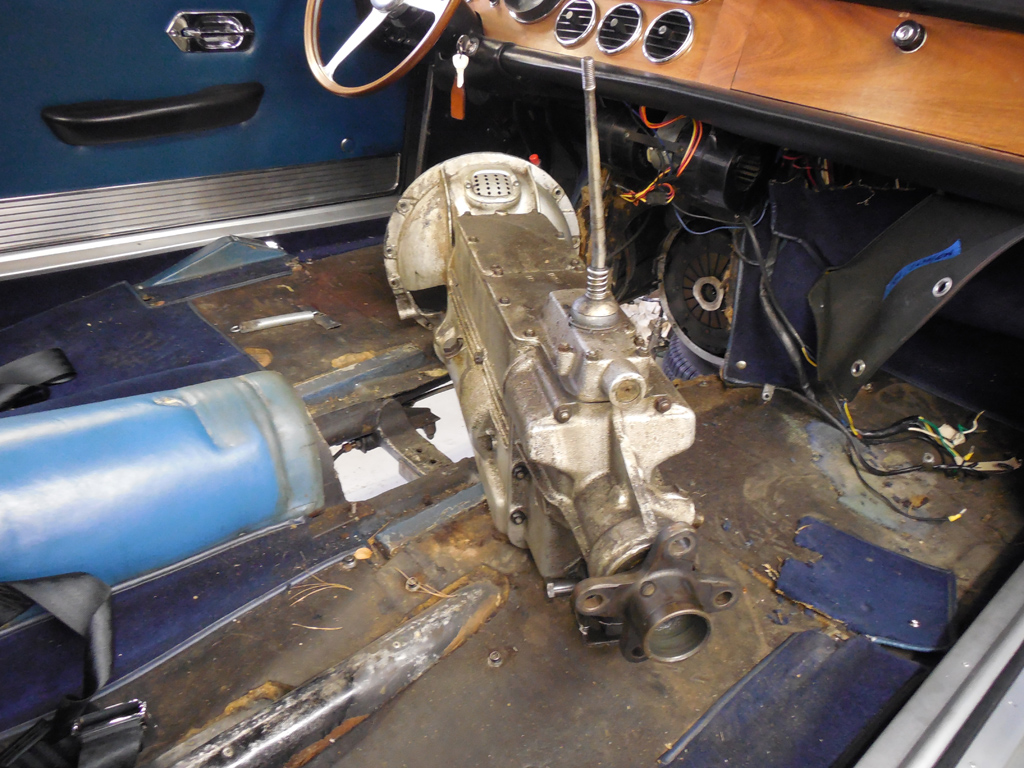 We wrestled the 330 5-speed transmission away from the engine this week. She’s a bit of a monster compared to the 250 transmissions and requires at least 3 old guys or two young whippersnappers without bad backs to move, but therein lies the irony. The two whippersnappers will get bad backs wrestling with heavy transmissions with just two guys! With one guy underneath the car pushing the transmission back, we had two guys up top guiding the transmission ready to catch the weight to turn the unit 90 degrees to keep it from falling on the guy under the car! The parking brake lever gets in the way a little bit, but with two guys guiding it out up top, it comes out pretty easily. 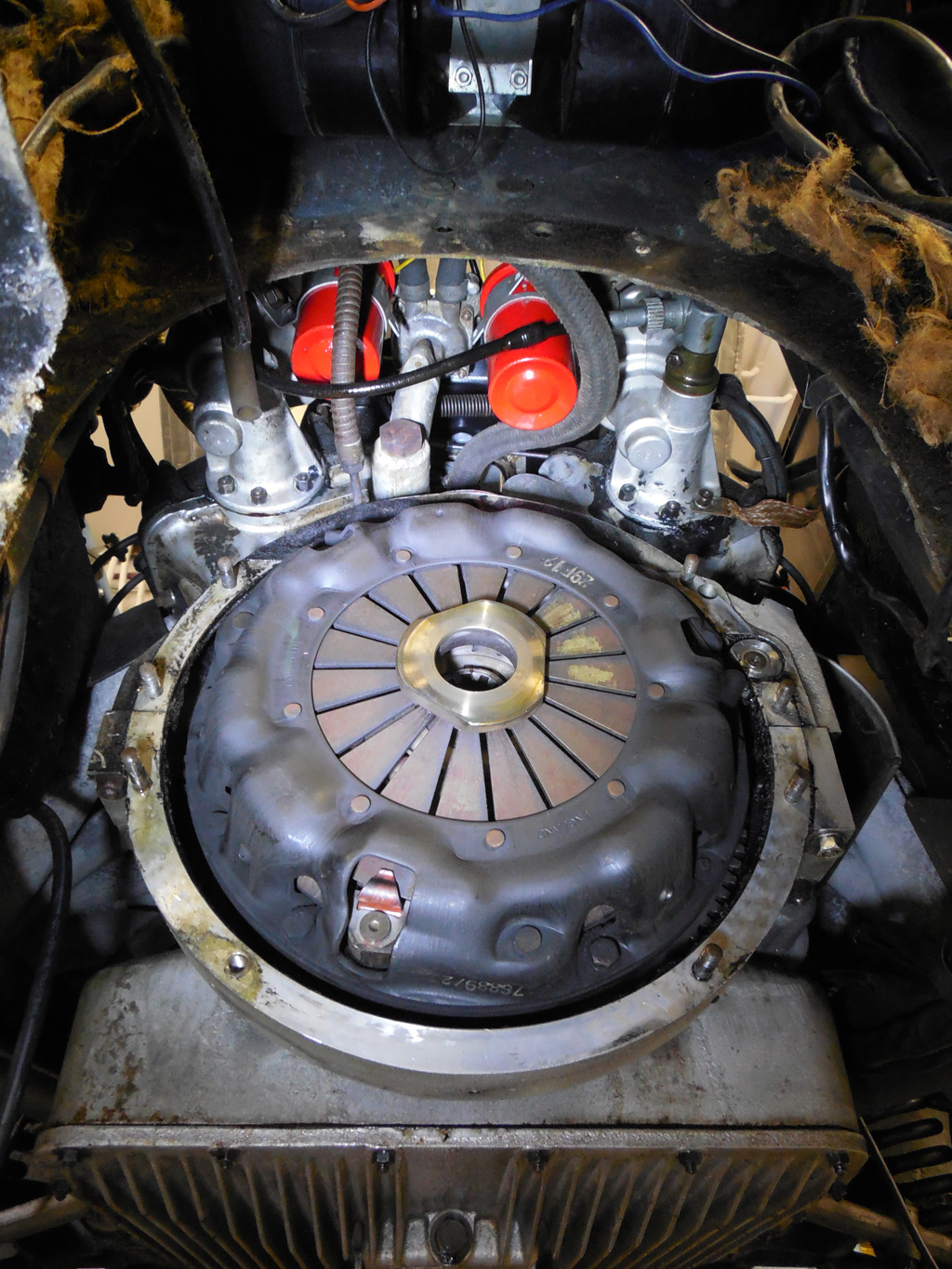 With the transmission out of the way, we exposed the pressure plate and soon, the worn clutch that will need to replaced. 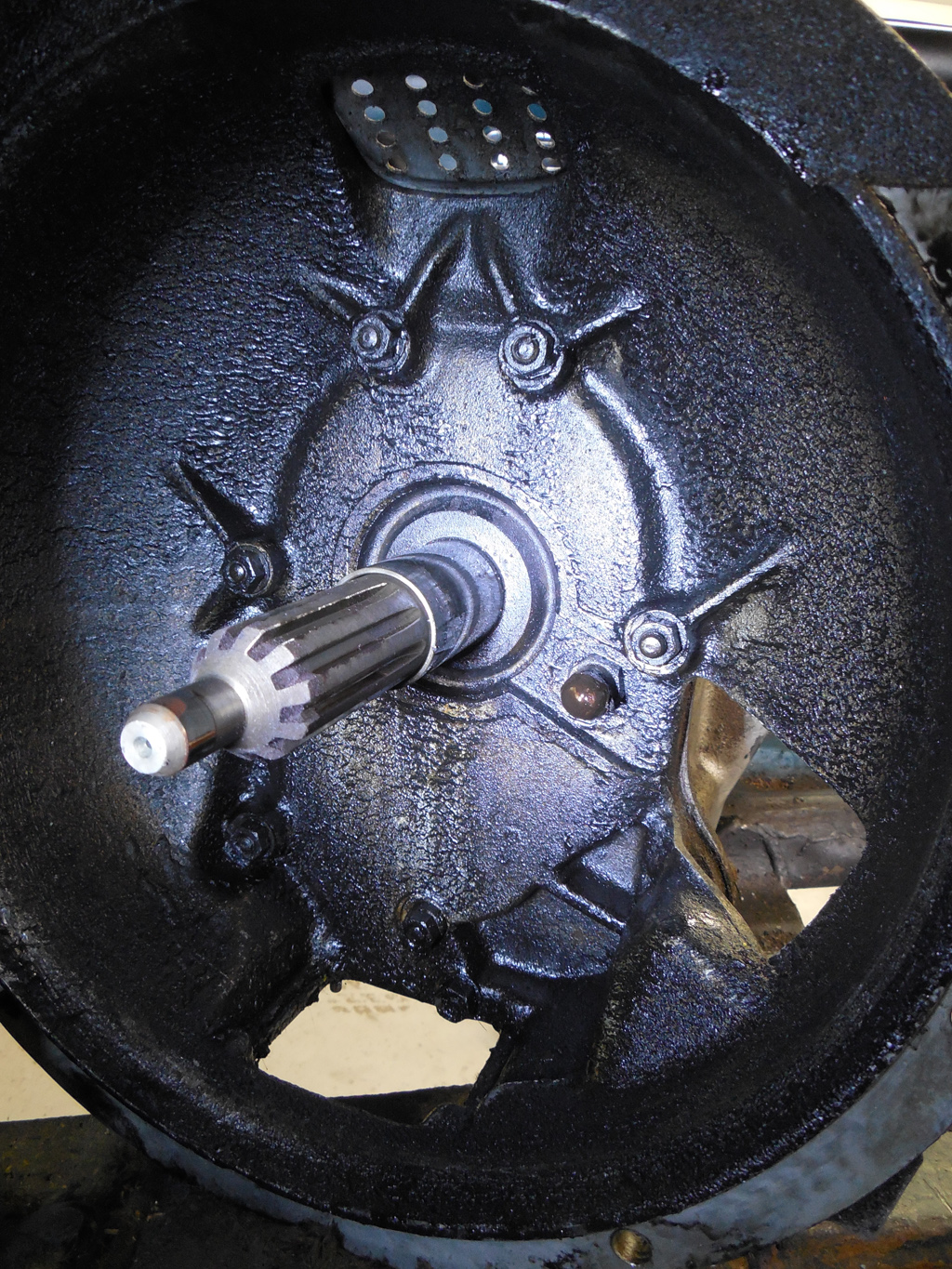 There was a big oily mess inside the bell housing of the transmission, so something was leaking. I suspected the seal on the input shaft, and if you look closely, you can just make out a trail of oil from the input shaft dripping down. As the clutch disc wore, the dust mixed with the oil and slung all over the inside of the bell housing. I needed to check behind the flywheel to make sure the rear main seal wasn’t leaking as well because that could be another source of a leak. 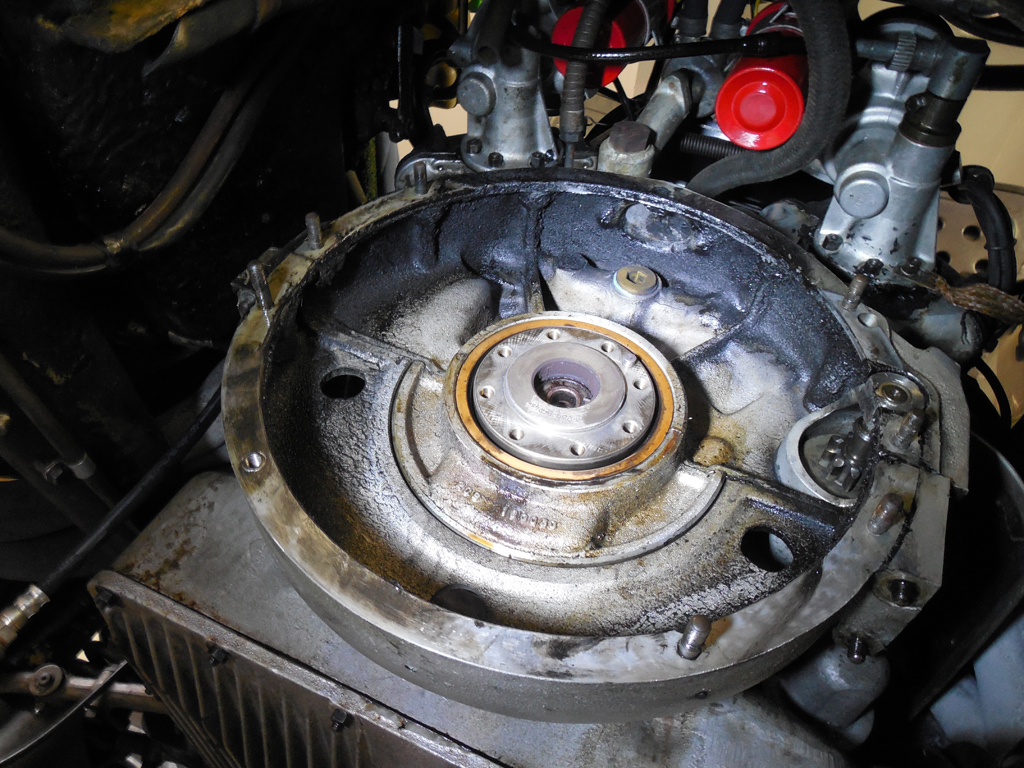 With the clutch parts and flywheel removed, it looked pretty clean by the rear main seal of the engine. You can see the dirt and oil slinging around the flywheel, but not so much by this oil seal. 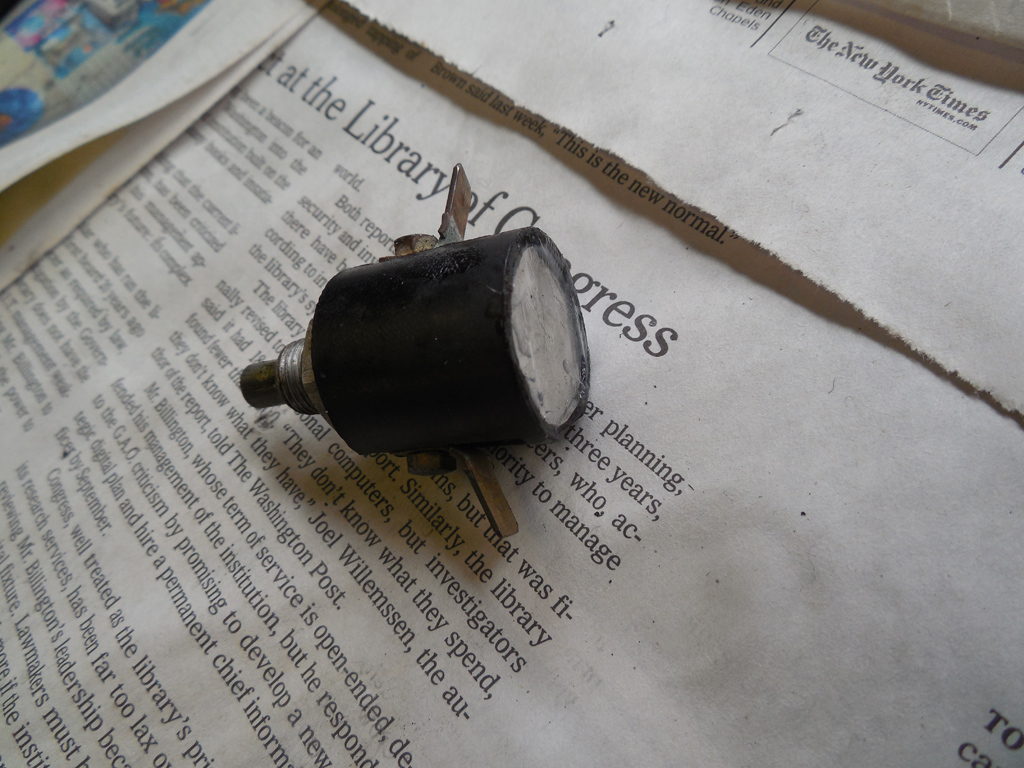 With the transmission out of the car, I took some time to fix some minor issues. The back cover for the reverse light switch was missing, so I made a replacement out of an aluminum. I cut the rough dimensions and beveled the edges so it would snap into place.  Although it doesn’t show up in this picture very well, the disc was made with a slight dome to it so it wouldn’t touch the contacts. After it was glued into place with some silicone, it was water tight and will do a better job than being exposed to the elements. 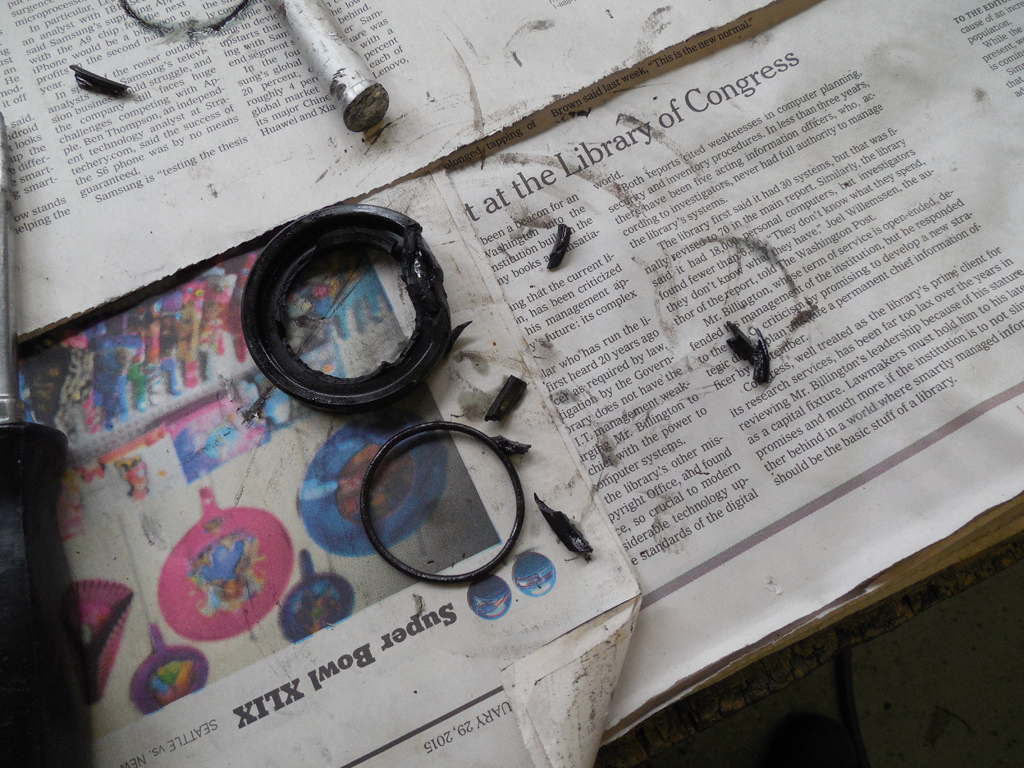 The next job was to deal with the input shaft seal on the transmission. After removing the bell housing, and the input shaft seal cover that held the seal, I pulled the offending seal. It was hard as a rock, and was no wonder it was leaking. I love finding “smoking guns” to problems in these cars, but I always make sure I check everything else because smoking guns can cause you to not look elsewhere for parallel problems! 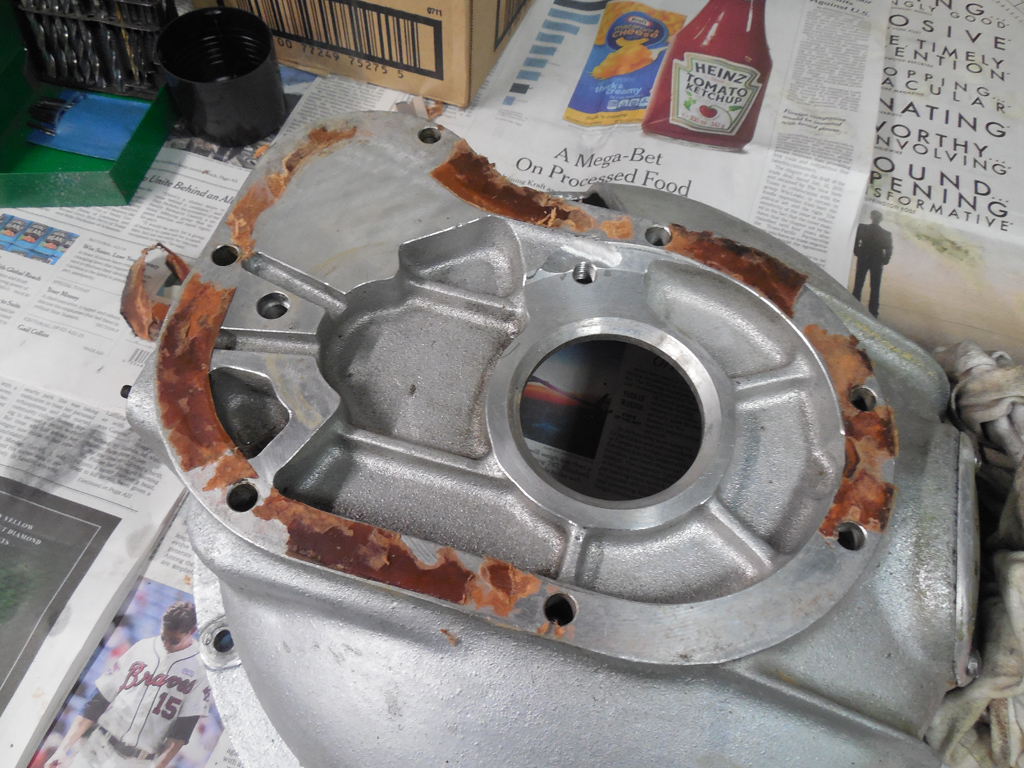 The original gasket on the back of the bell housing didn’t survive the dis-assembly, so a new one would have to be made. 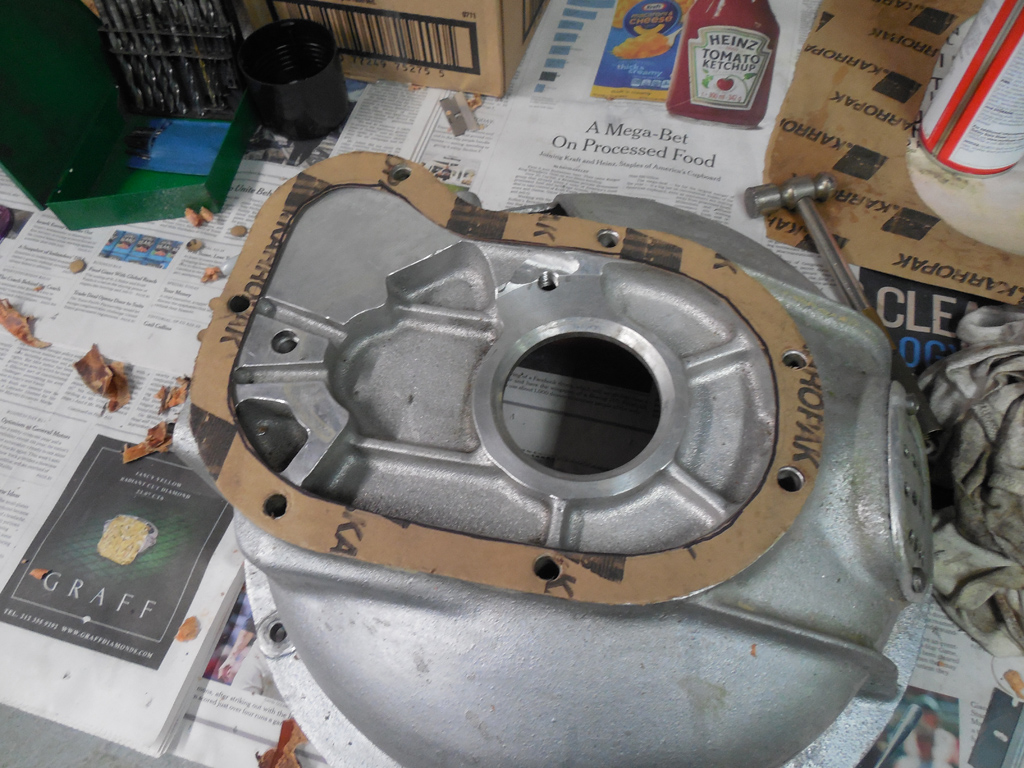 A little time with a ball peen hammer and an exact-o knife and a new gasket was made with some gasket material with a similar thickness to the original one was made. 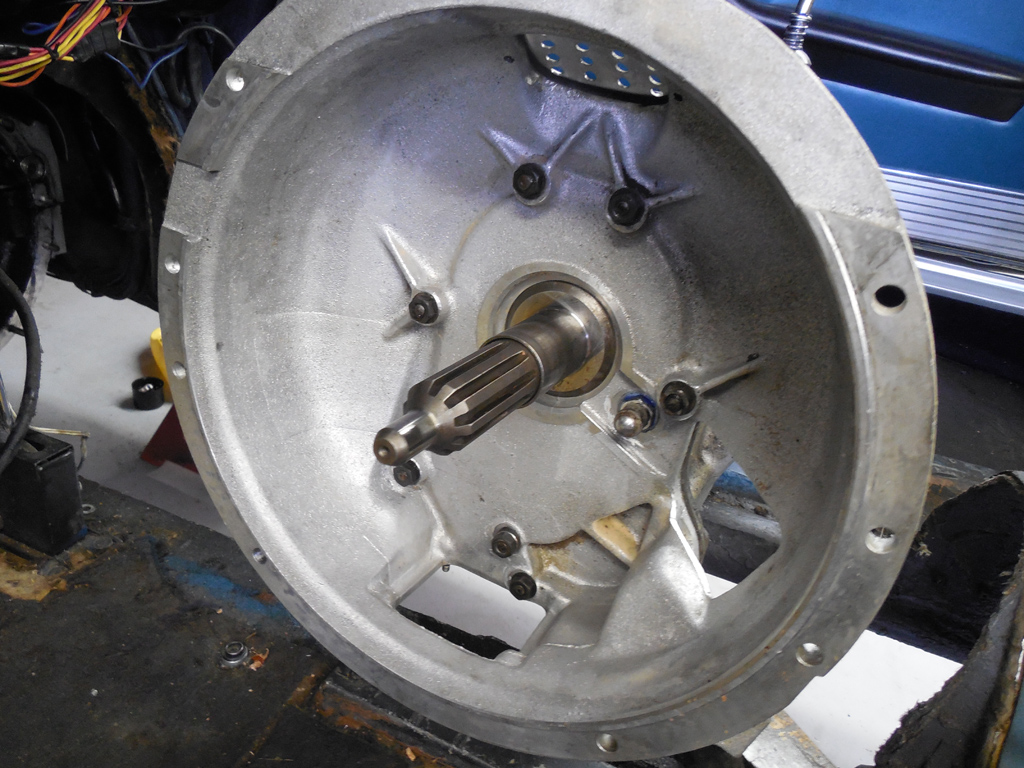 The bell housing assembly was put back together and ready for service. 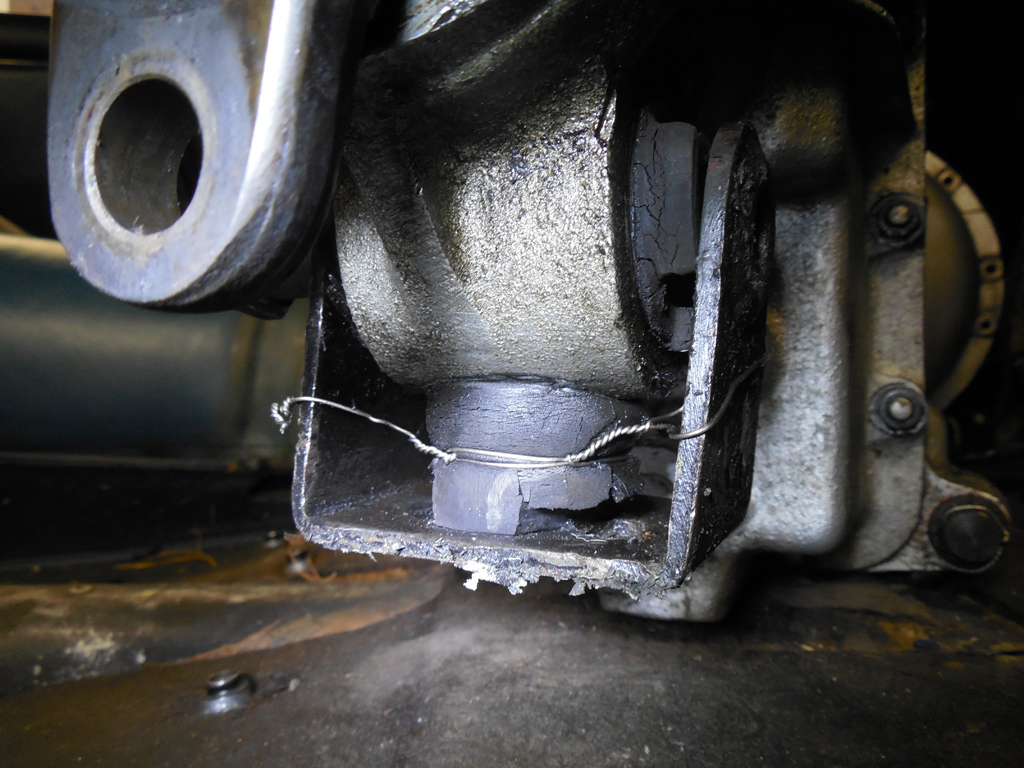 When we took the transmission out of the car, we noticed some safety wire and an extra bushing by the rear transmission mount. 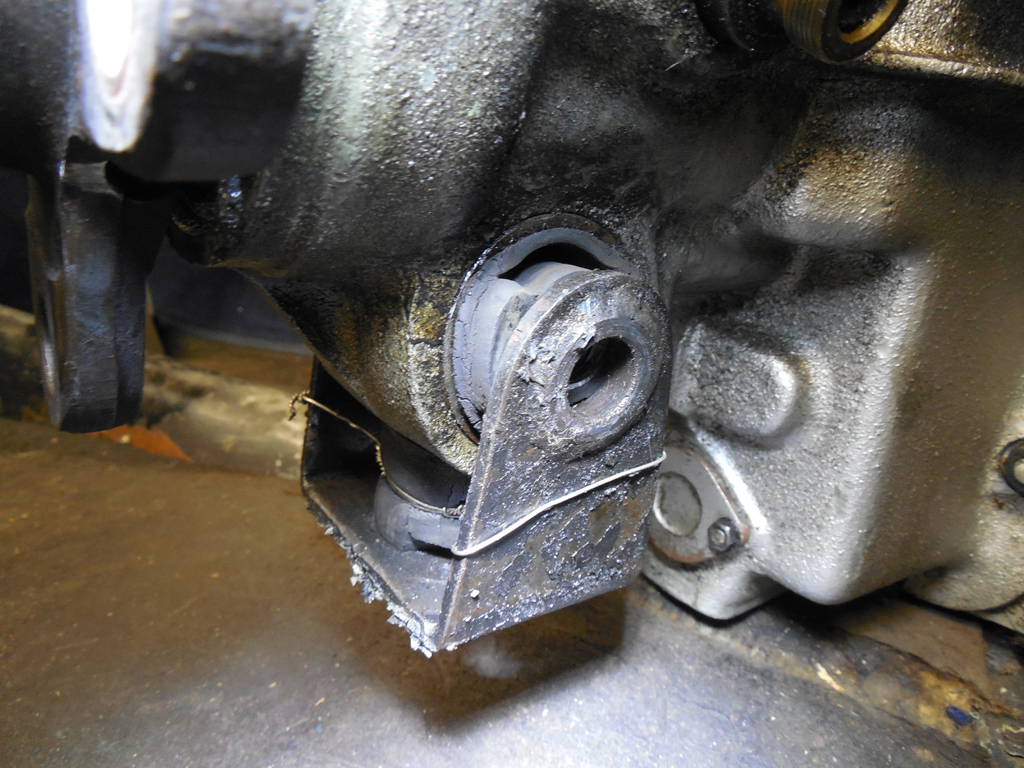 On closer inspection, we saw the rear transmission mount was worn out, and a previous shop jammed and secured a second bushing below the mount to help the worn out bushing. Now that the transmission is out of the car, we can try to replace this bushing properly. It looks like a special bushing because it’s not solid all the way through. It was probably designed to flex a little bit so not to transfer too much vibration to the chassis, but as the rubber wore out, it collapsed under the the weight. I hope one like this is available, because a solid bushing might transfer too much vibration. We’ll see.