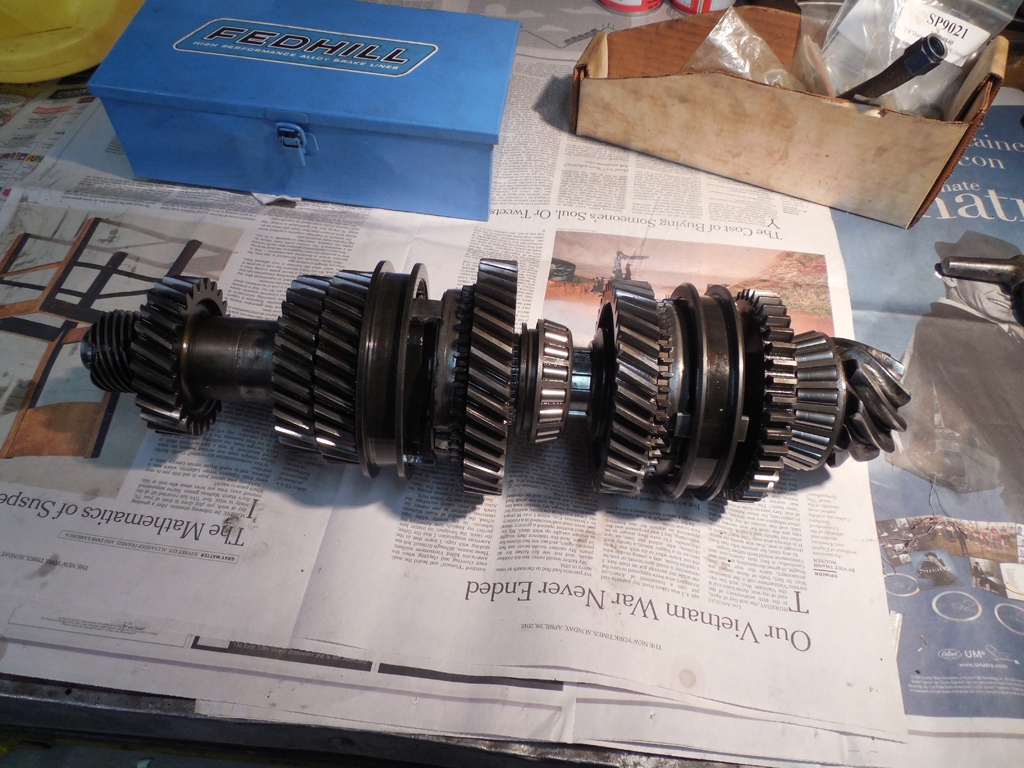 Francois began diassembly of the Daytona transmission to rebuild it by replacing the internal wear items. We found couple of chunks of metal at the bottom of the transmission case, so he was looking carefully at all the parts to figure out where the metal came from. 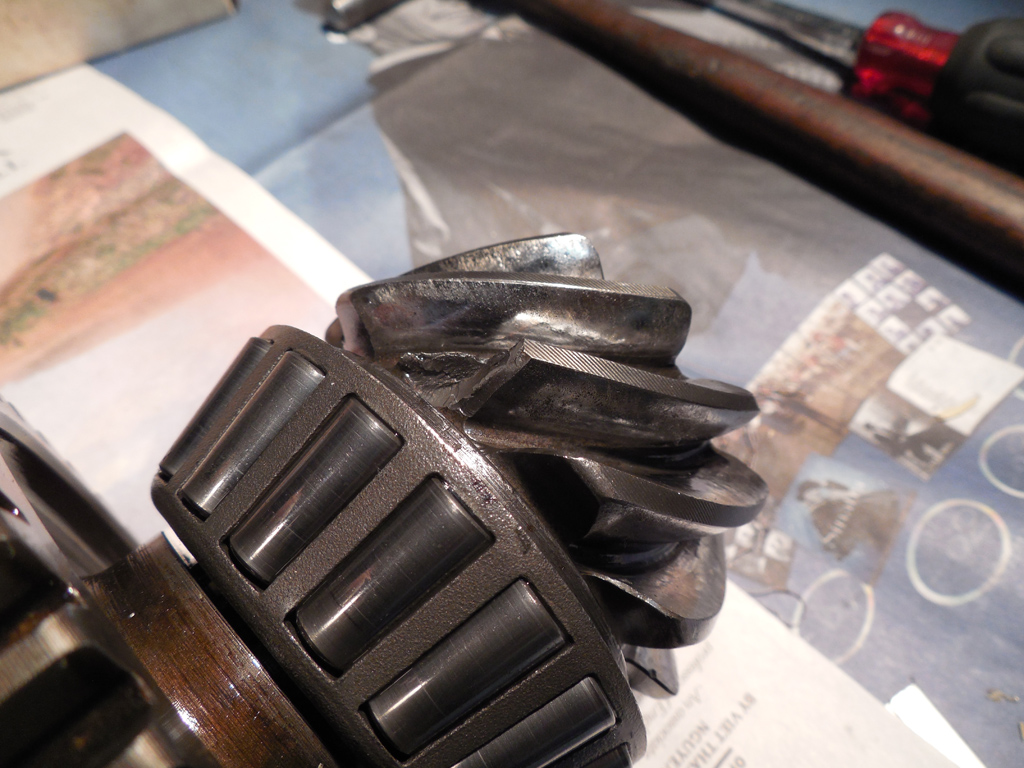 He soon found the missing piece at the pinion gear. A good sized chunk had sheared off so the only solution was to look for a new pinion shaft and mating ring gear. Ouch! 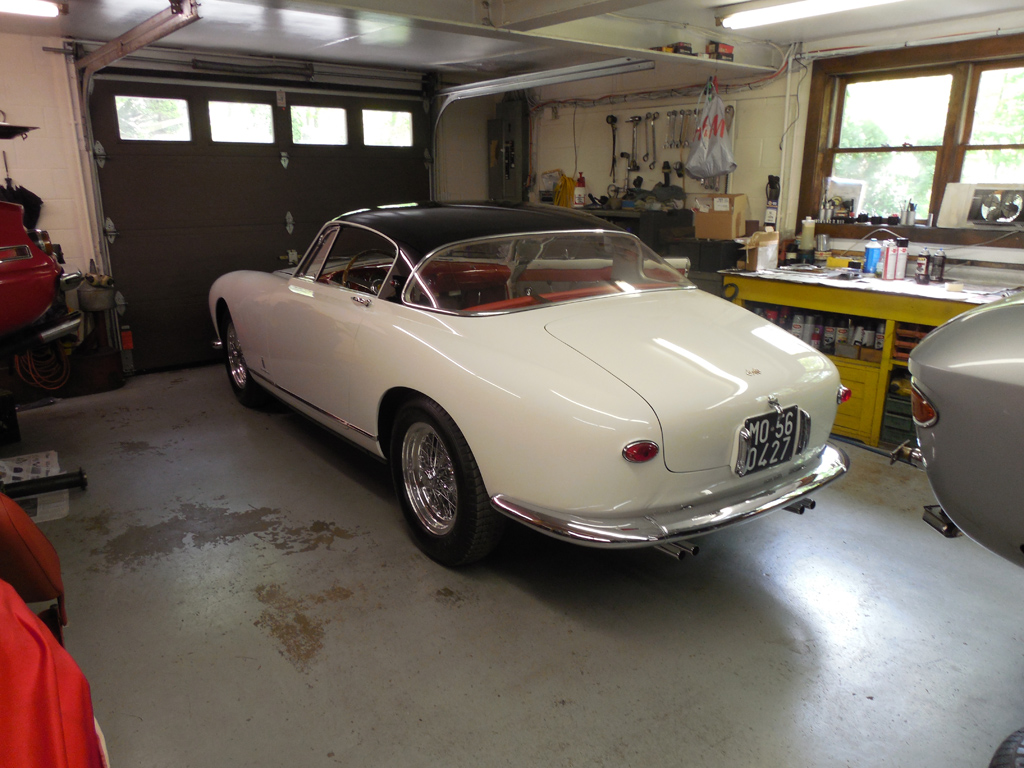 We have an Europa that needs a transmission rebuild as well, but we have two more after the Daytona before we can look at the Europa! We agreed to help by pulling the transmission and have another shop rebuild the transmission to meet the owner’s deadline. The plan is to get this car go to a show in Monterey in August, and there was just no way we would be able to service the transmission in time. Even with the current arrangement, it’s going to be tight! 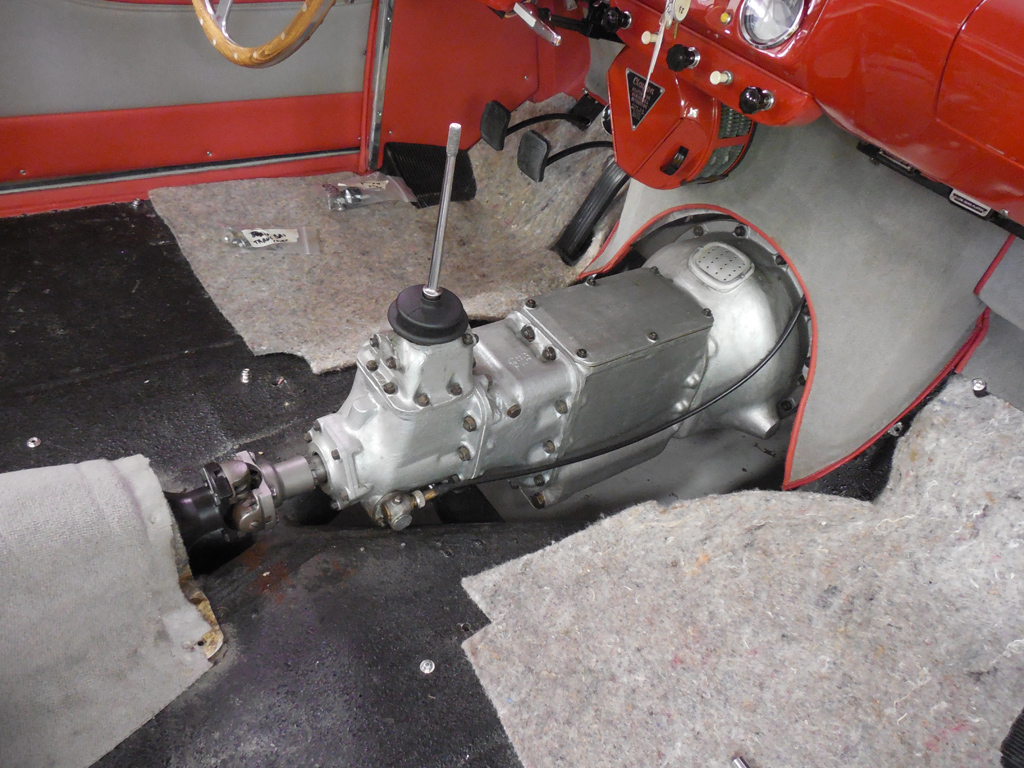 All early street Ferraris have their transmissions come out from inside the passenger compartment. Luckily, this transmission was pretty clean, so it was less daunting to wrestle it out of the freshly restored interior. 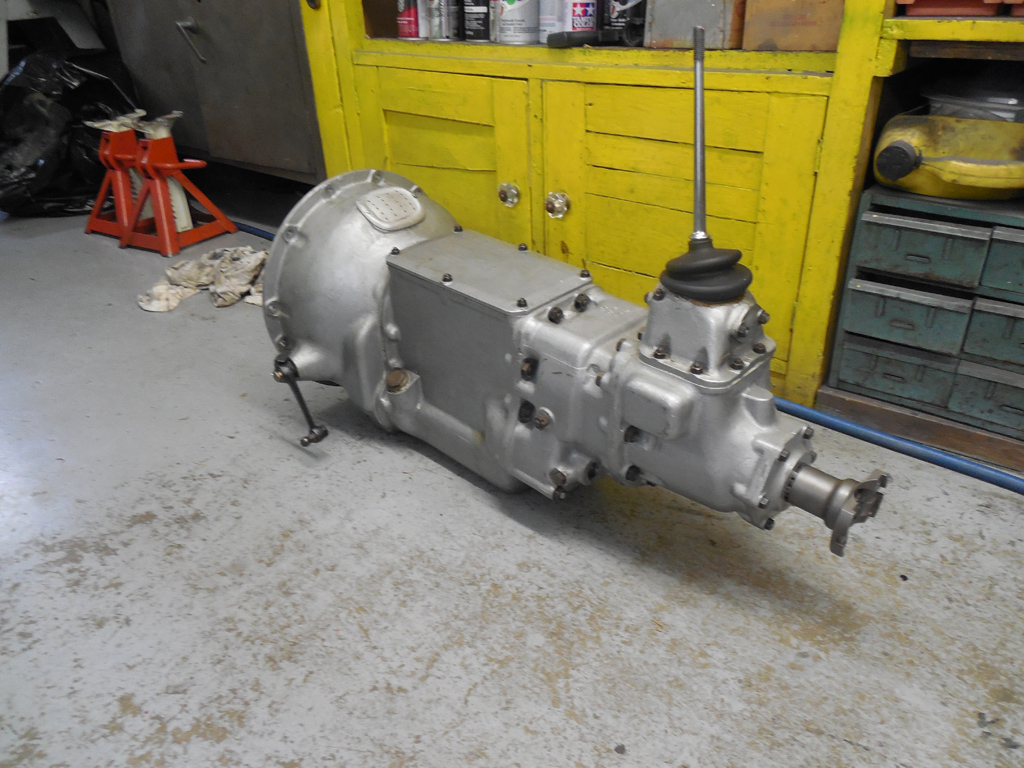 With our job done pulling the transmission, we sent the car back to the owner to await the rebuild. I sure hope we get enough time to put this unit back in in couple of months! 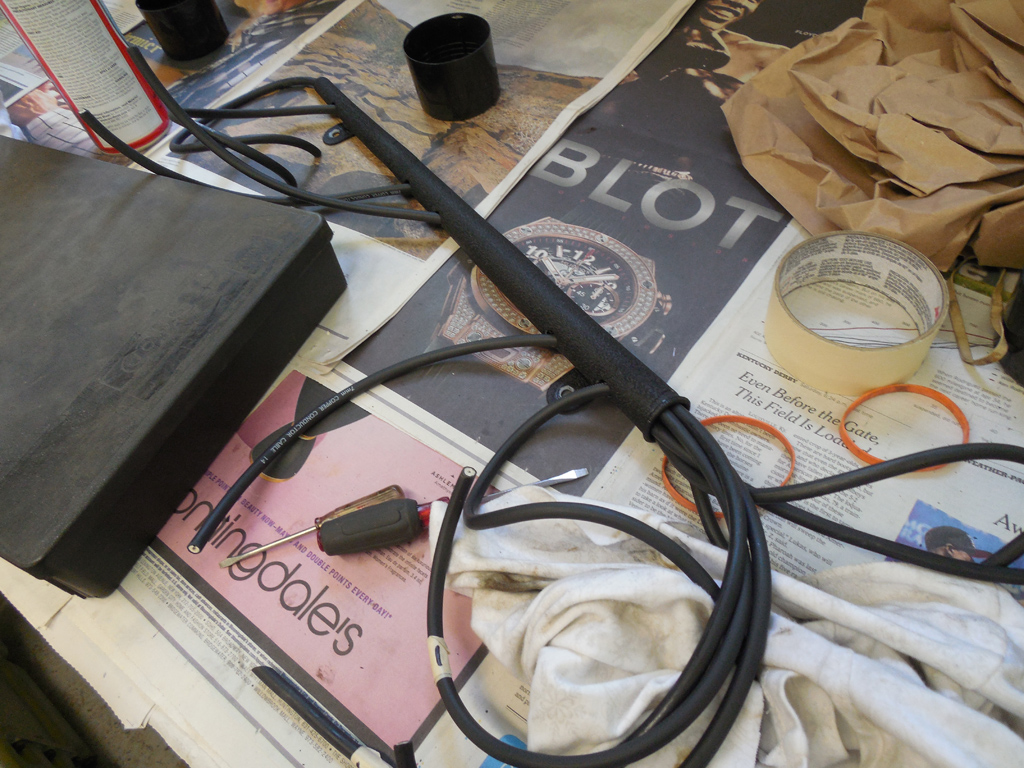 I started wiring in the SI 330 ignition wires. 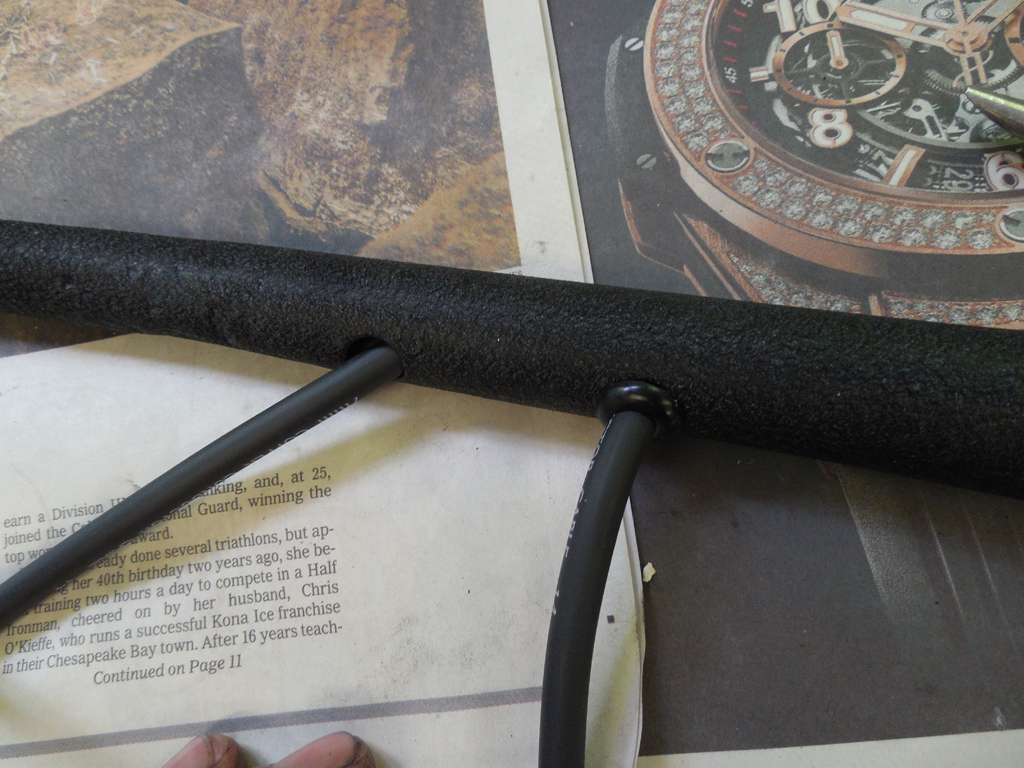 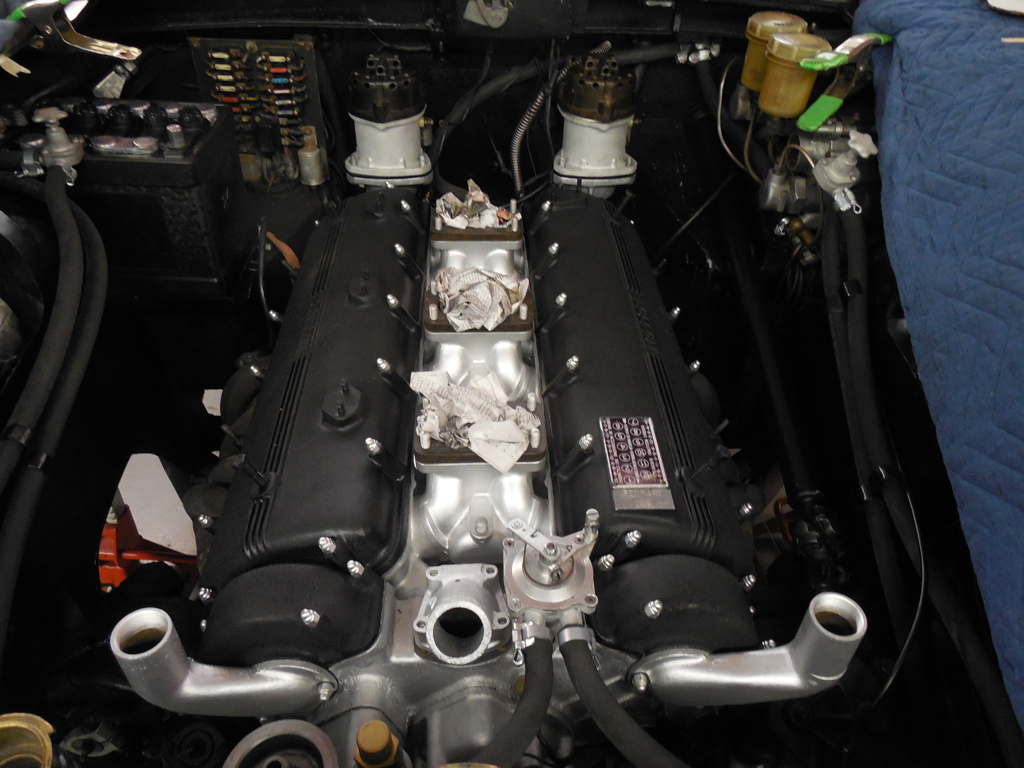 As I was invoicing the work I did on the engine compartment, I wondered where all the time went! On the invoice, I wrote, “installed valve covers, and coolant hoses,” but it seemed like too short of a description for the amount of time I spent! Looking at this picture shows how many things have to be installed and set right. The valve cover gaskets have to be trimmed to fit. The breather pipes need o-rings and gaskets. The intakes need o-rings and carb gaskets. The thermostat housing has to be installed with a gasket.  42 acorn nuts with associated black oxide wave washers get installed. The round knobs that go on the valve covers need to be cleaned and polished. The correct nuts and washers for the distributors have to installed, and the list goes on! 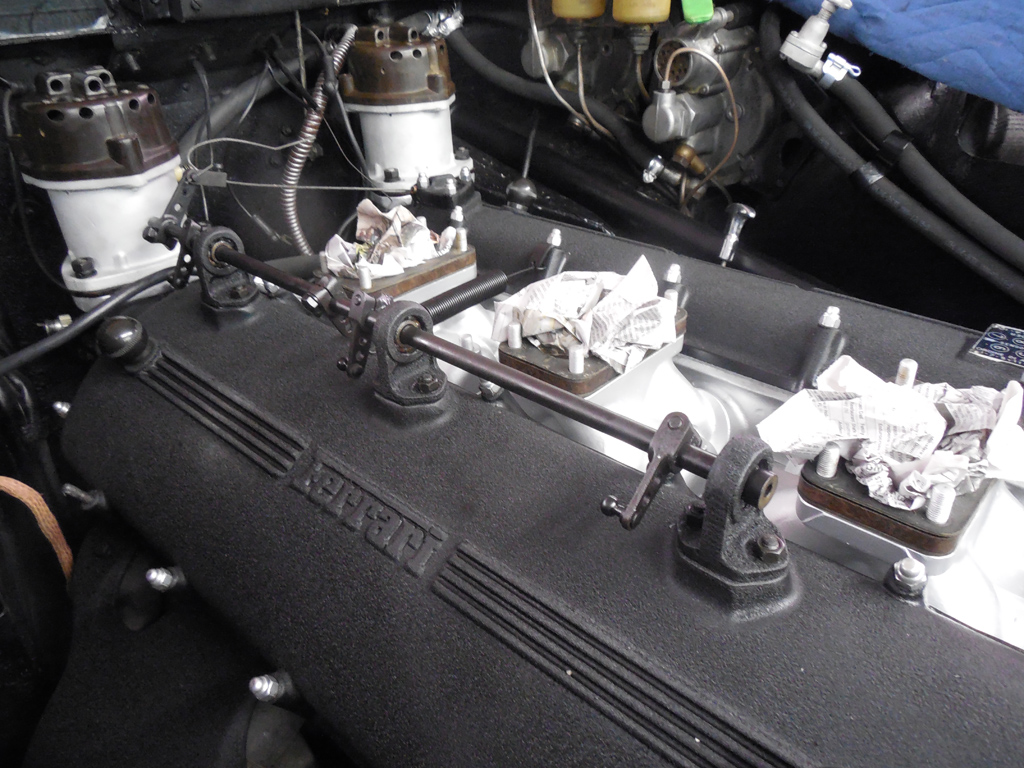 There are a bunch of fiddly little pieces that take a bunch of time to get right. Even something as simple as a throttle rod assembly needs referral to my notes on orientation, and positioning. Making sure everything is greased and operating smoothly at this point insures a smooth throttle response from the accelerator pedal later on. 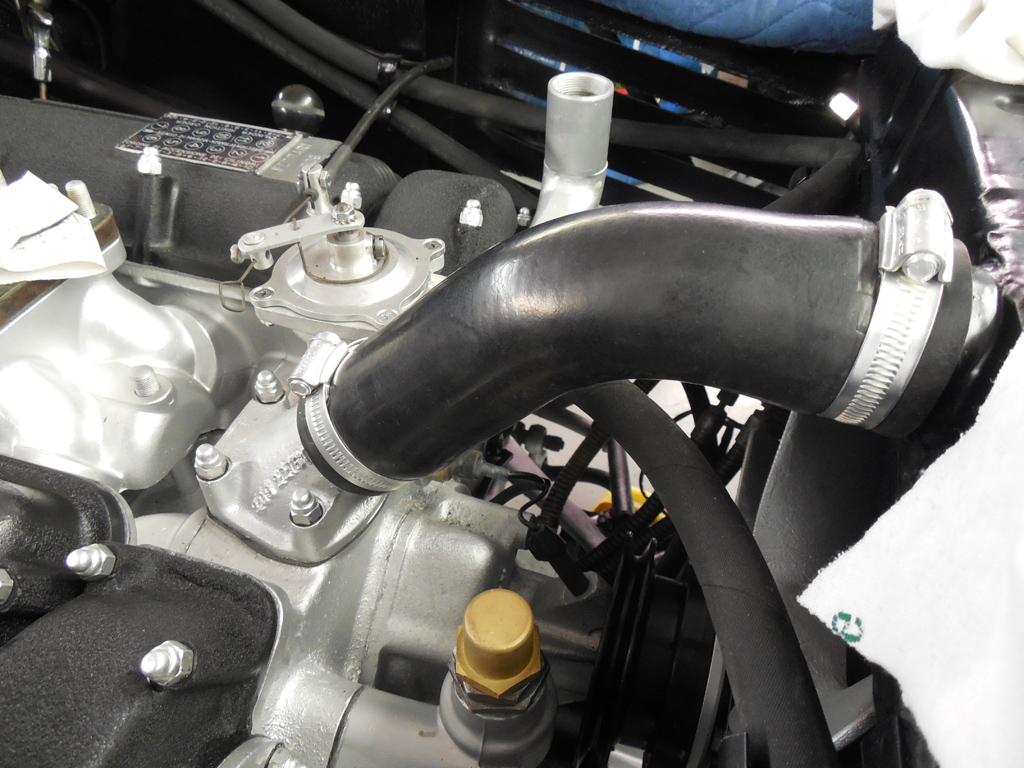 The correct clamps with the right plating is installed and is really looking nice and clean. Little details like the correct diamond shaped cable end was put on the heater control cable. 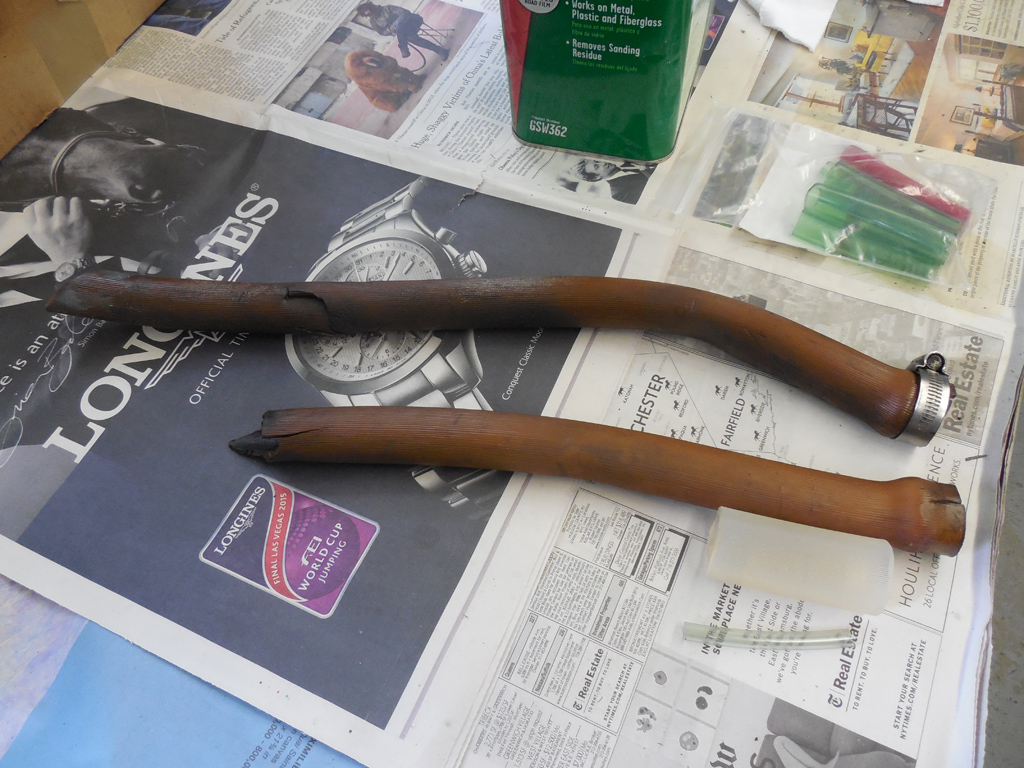 As we put the engine compartment details together, I took a look at the old original road draft tubes on this 330. They’ve seen better days and are pretty brittle and cracked. 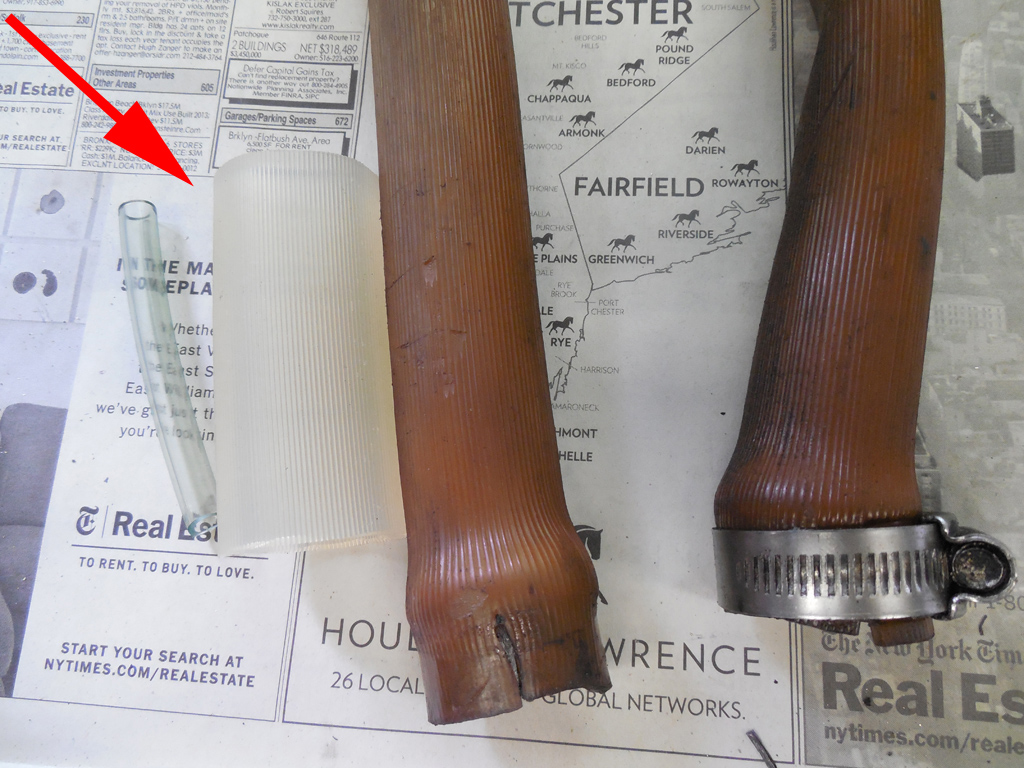 “Newco Products” sent me some samples of their reproduction hose and I’m going to ask the owner if he wants to install new hose. If the old hose were just yellowed with age, I might have considered saving them, but these might be too far gone to save.