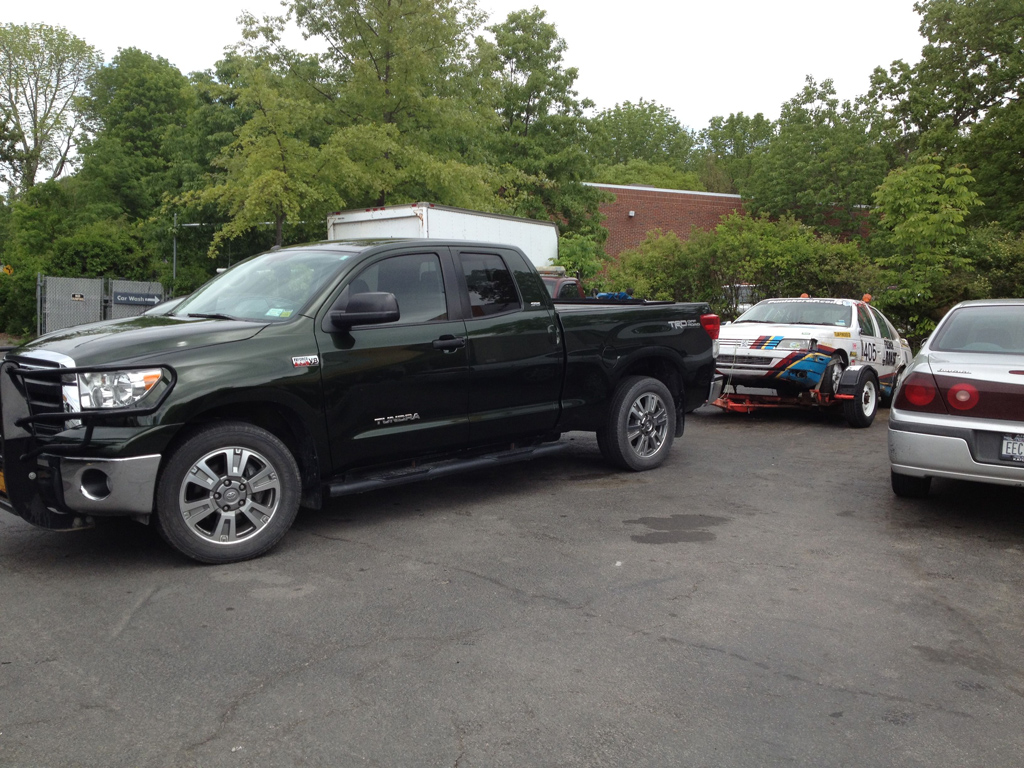 I took some time off to join my teammates in Team Punisher for a race at Watkins Glen. My truck was put into tow duty to bring one of the Peugeots out to the track. 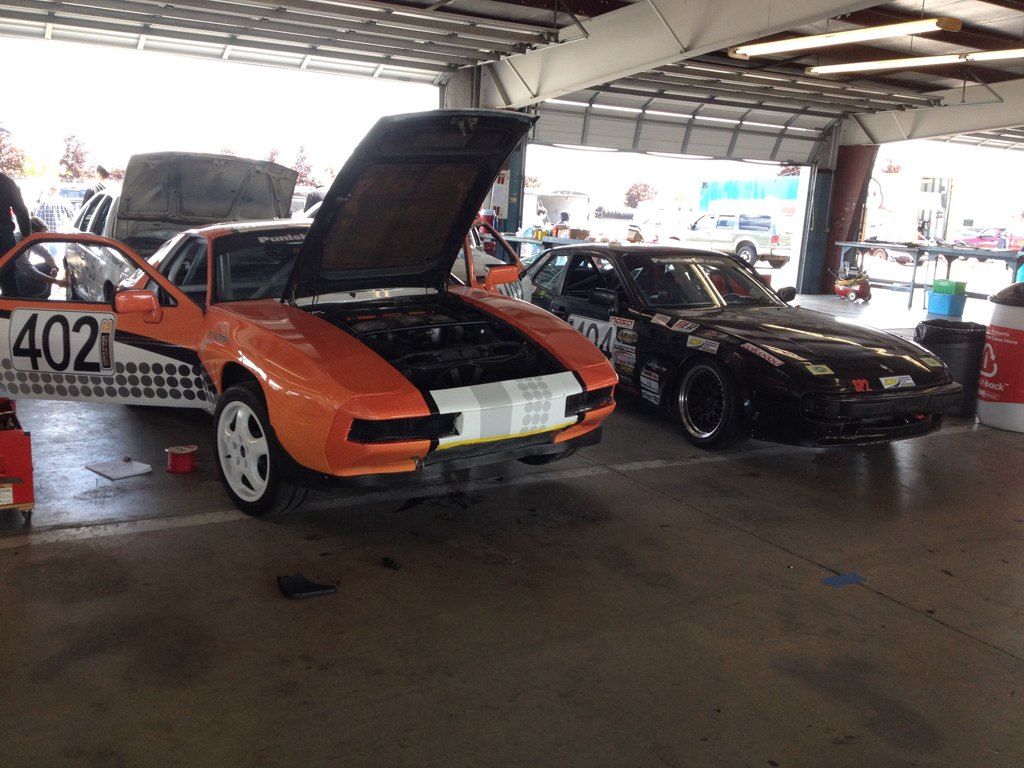 This year we decided to bring a few more cars out to this Chump Car race and step it up a few notches. Along with our pair of Peugeot 405s that have been part of LeMons and Chump car races for the last couple of years, the team prepared a Porsche 928 and 944 for the 2015 season. With four cars, there was a lot more work in logistics and manpower. 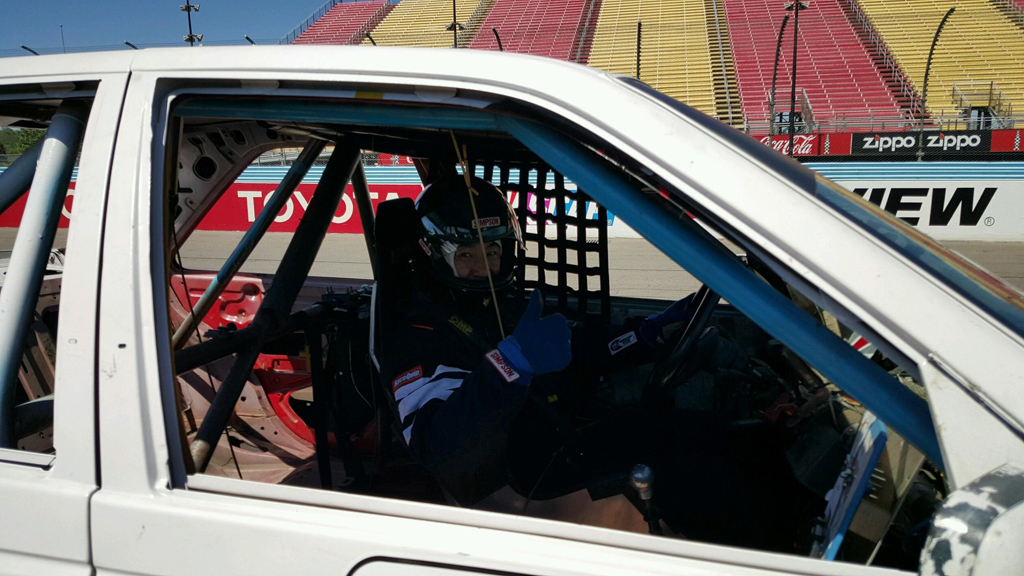 I was perfectly fine with driving in the Peugeots even though I knew the power from that German V-8 in the 928 would pull right up the hill at the “toe of the boot” at the Glen! 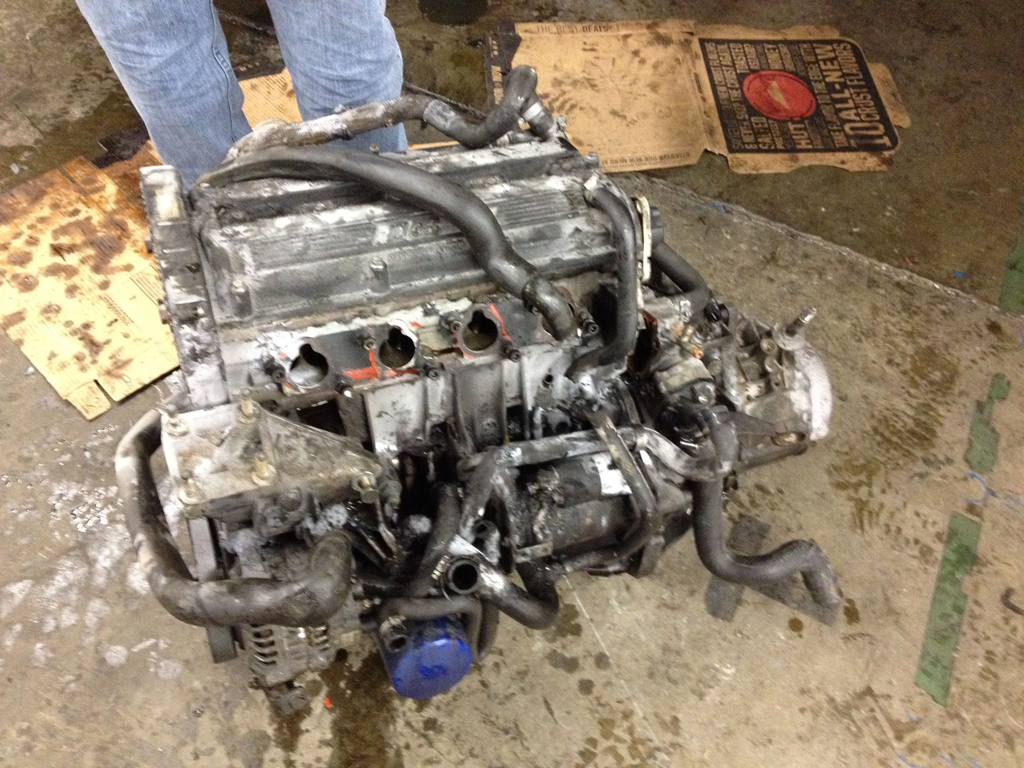 Unfortunately, disaster struck one of the 405s when #2 rod decided to let go. We managed to solve the oil starvation issue in these motors with an oil pan baffle, but after a whole season of racing last year on the same motor, this connecting rod decided to retire from racing. With a big hole in the side of the block, oil sprayed out, caught fire, and melted the wiring harness. What didn’t burn soon shorted out and melted the rest of the harness behind the dash. Thankfully, Rob, who was driving wasn’t hurt and put the fire out, but the car looked pretty bad. 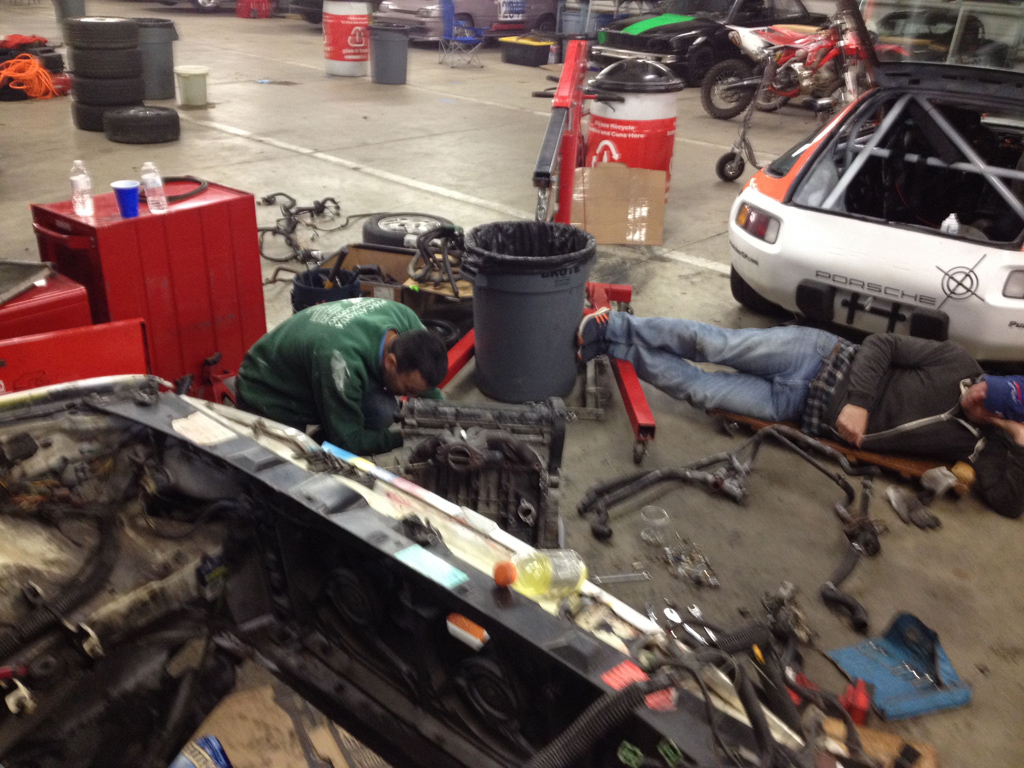 We spent the first night yanking the motor and trying to piece together a complete engine from a pile of parts. My biggest concern was the wiring. We called it a night just after midnight and carried on with three cars.

The second day was met with a second failure in the 928. The car came into the pits with a bad vibration and an oil leak. Closer inspection found a piston not moving when turning over the engine. Something was horribly wrong, and we just didn’t have the spares to do any repairs, so she was parked. All our focus was turned towards the first broken Peugeot since the 928 was completely out.

We worked well into the night on the second night installing the engine and trying to make sense of the wiring harness. The under dash wiring was too far gone to salvage, but we managed to install another engine harness. Unfortunaetely, despite our best efforts, we couldn’t find the right wires to fire her up. We bypassed the fuel pump, the starter circuit, and the engine management wires, but she wouldn’t fire up. With so little sleep, we didn’t have the brain power to figure it out, so we went back to the motel defeated. 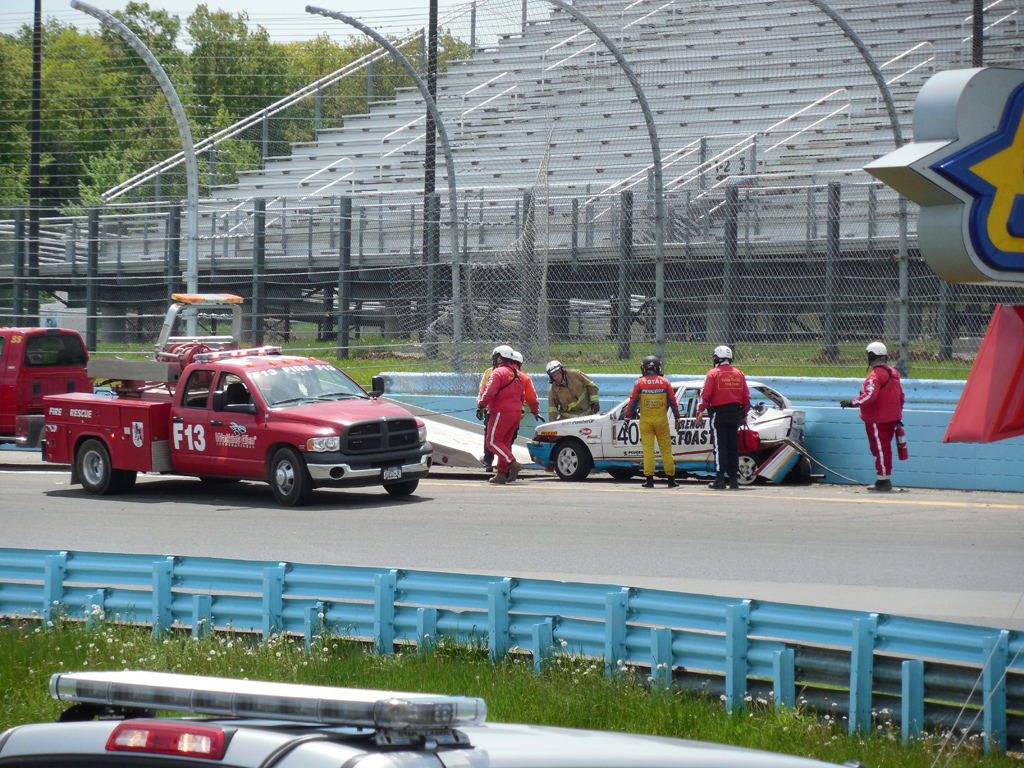 Our last day was no better. The 944 quit with a bad knock from overheating, so we took her out. Finally, the last car of the four we brought spun out and hit the wall at turn 11. 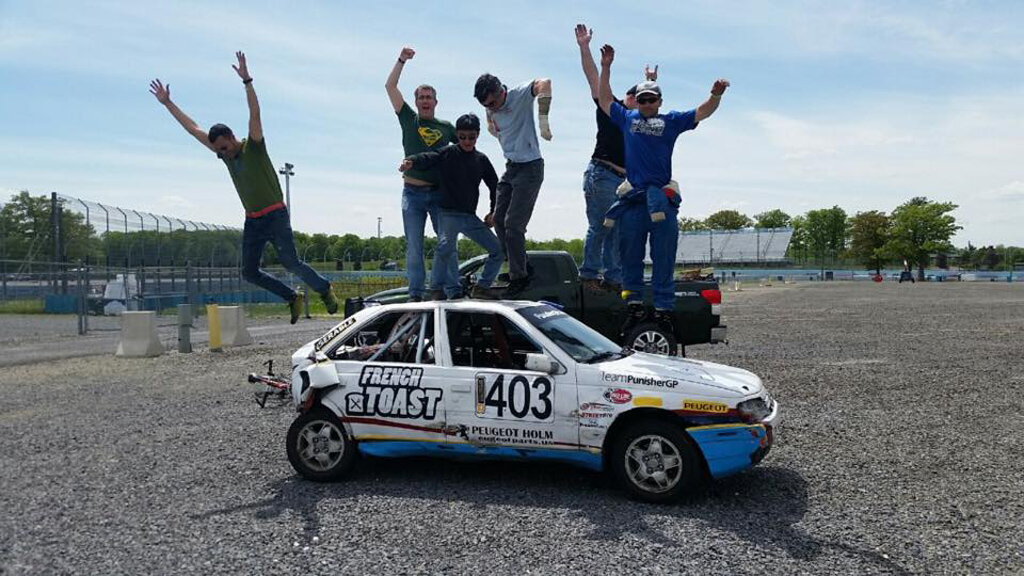 A punctured tire caused the driver to lose control of the car and spin backwards into the wall at over 60 mph instantly converting out 405 into a 206 GTI. The driver was uninjured, but, I think this Peugeot’s racing days are over. Despite our mechanical failures we all had a great time. We all wished we had more seat time, but managed to get everyone behind the wheel of a car for the race at Watkins Glen.