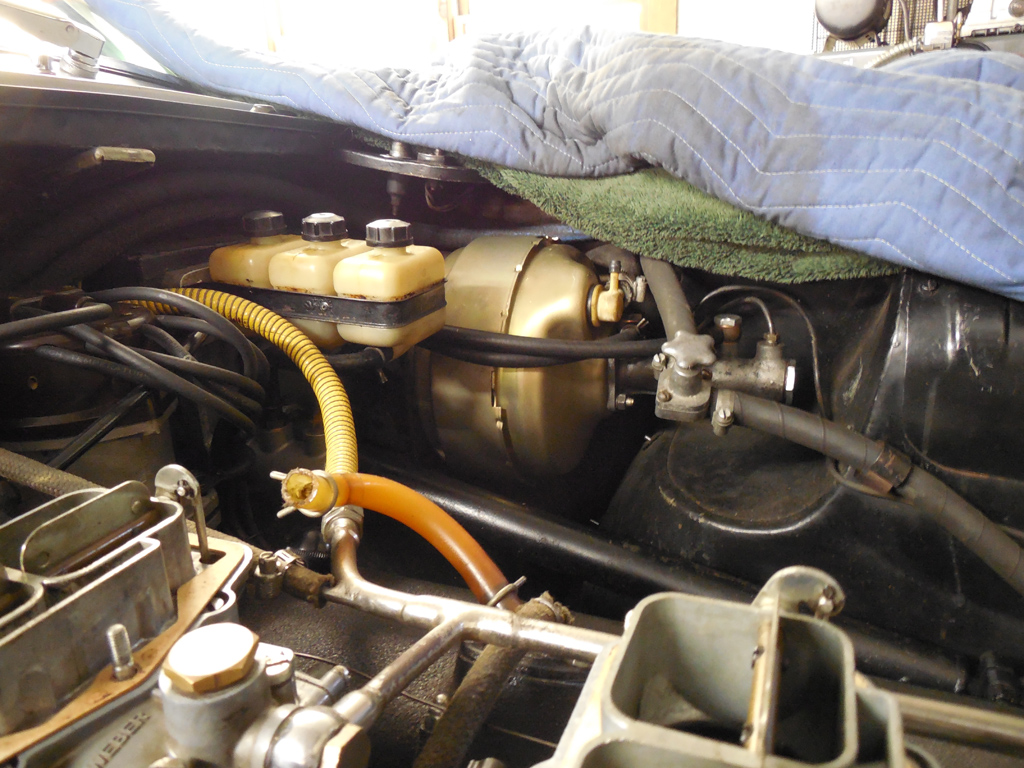 I came back from California with my check in luggage overflowing with brake parts! Someone in the TSA was left with trying to figure out the gold brake booster in my luggage was not a bomb, but an irreplaceable Ferrari part! Luckily, they let it go through their screening ( I know they went through it), and I was able to go to work the next day and install them on the car. I started with the SII 330 brakes. Everything installed without a problem. I bled the system, but still need to finish up replacing the parking brake cable before I put the car back on the ground. 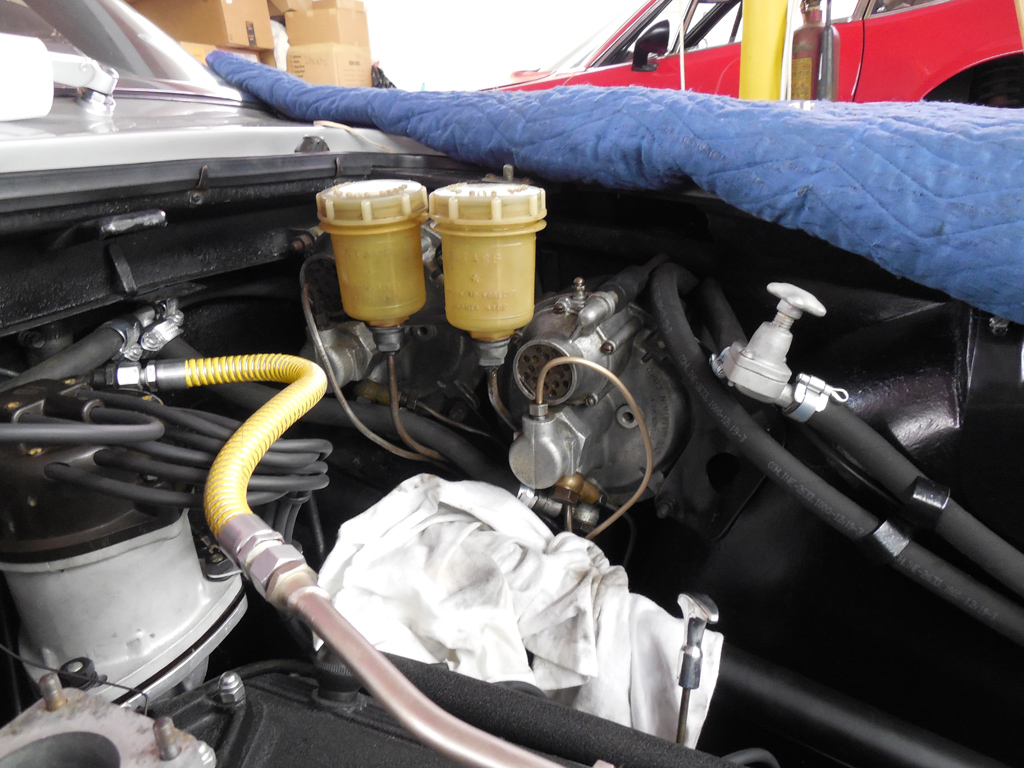 I moved on over to the SI 330 to install the Master Cylinder that I also had rebuilt while I was out in CA. The original M/C was previously sleeved in Stainless, so it only needed a hone and new seals. Having tested it on Ron’s test rig, I had the confidence the M/C was good. Unfortunately, after several attempts to get the system to bleed, I took a closer look at the boosters. To refresh everyone’s memory, when this car came into the shop, the owner told me the master cylinder was leaking but the brakes seemed to be working fine. Because the owner wanted the brakes to look better than the rusty state they were in, we decided to go ahead and rebuild all the calipers. At this point, I should have suggested having the boosters rebuilt. I didn’t want to keep adding costs to this job, and felt since they were purportedly working, I decided to leave well enough alone. WRONG!

This is the struggle some of us have in this business. If we insist on rebuilding everything on a brake system whenever any car comes into the shop, we can be accused to milking a job, but if a brake system has an unknown service history, it’s only a matter of time when the unserviced part will fail. Now I am delayed several more weeks because I was trying to save the owner some money. You just can’t win! 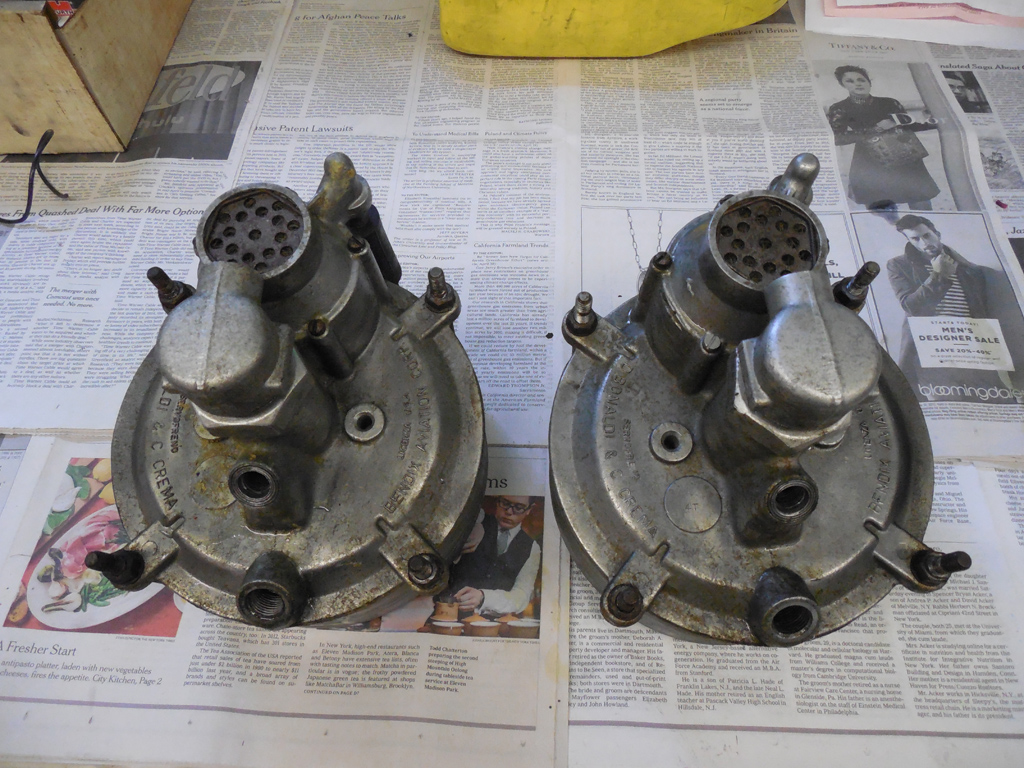 On the SI 330s, they came with two Bendix boosters, one for the front brakes, and one for the rear brakes. They were activated by a dual circuit master cylinder mounted below the floor pan. Ferrari had not switched to hung pedals yet like we see in most modern cars today, but installed two boosters to meet the demand for a dual circuit braking system. It was a bit over complicated to achieve their goal, and makes my job twice as hard! 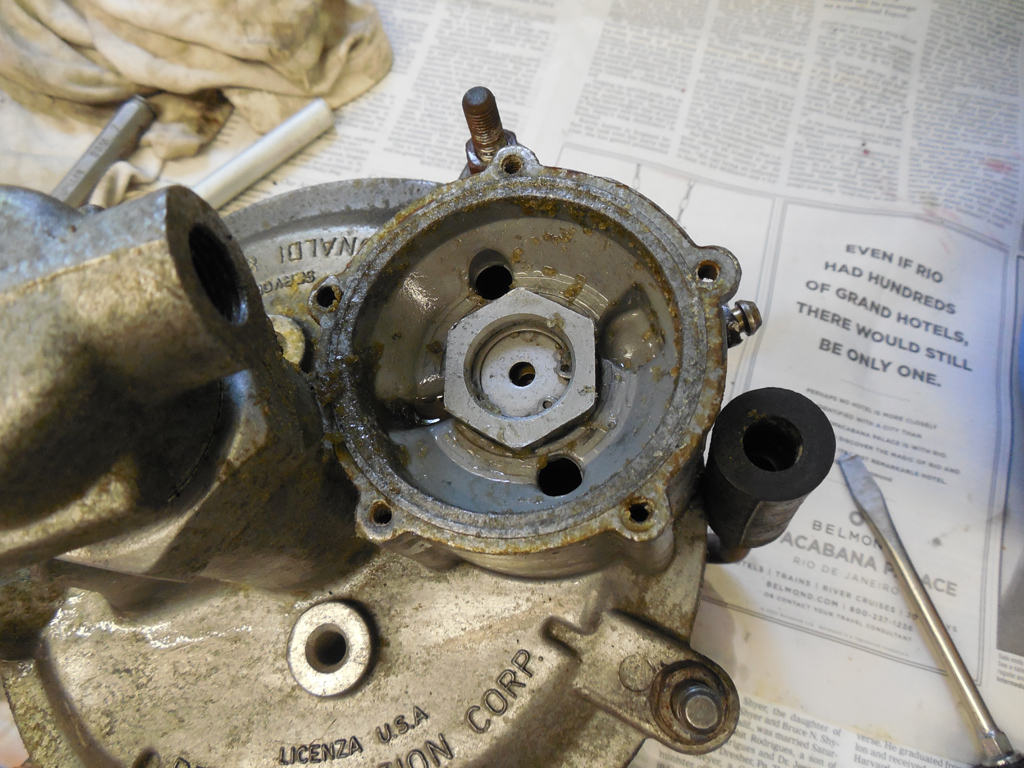 It didn’t take long for me to find the problem when I found brake fluid leaking inside the booster. The air valve was allowing air to get past a small seal, and probably started to get worse when I started the bleeding process. If one seal failed, most of the other ones will follow, so a full rebuild was in order. 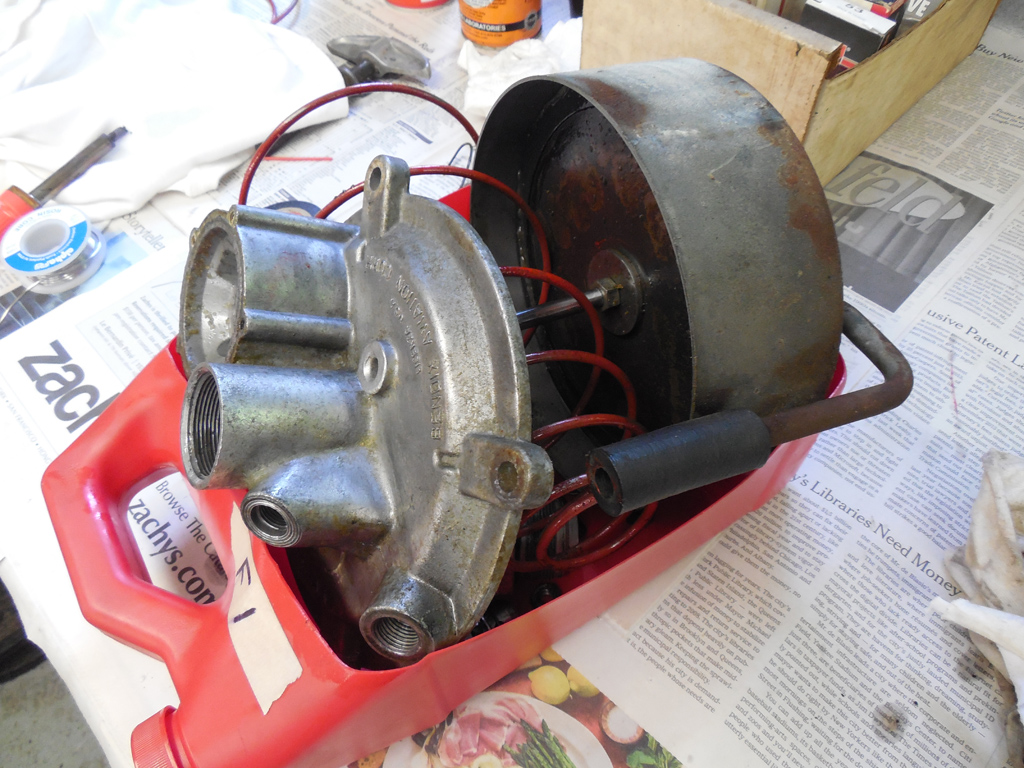 My brake lessons in CA were paying off, but I’m kind of thrown into the deep end of the pool a little early. I learned how to rebuild this unit, but have not gotten my Bendix Brake Tester up to speed, so I will be fast tracking the repair and rebuilding my tester so I can put it to work on these two boosters! 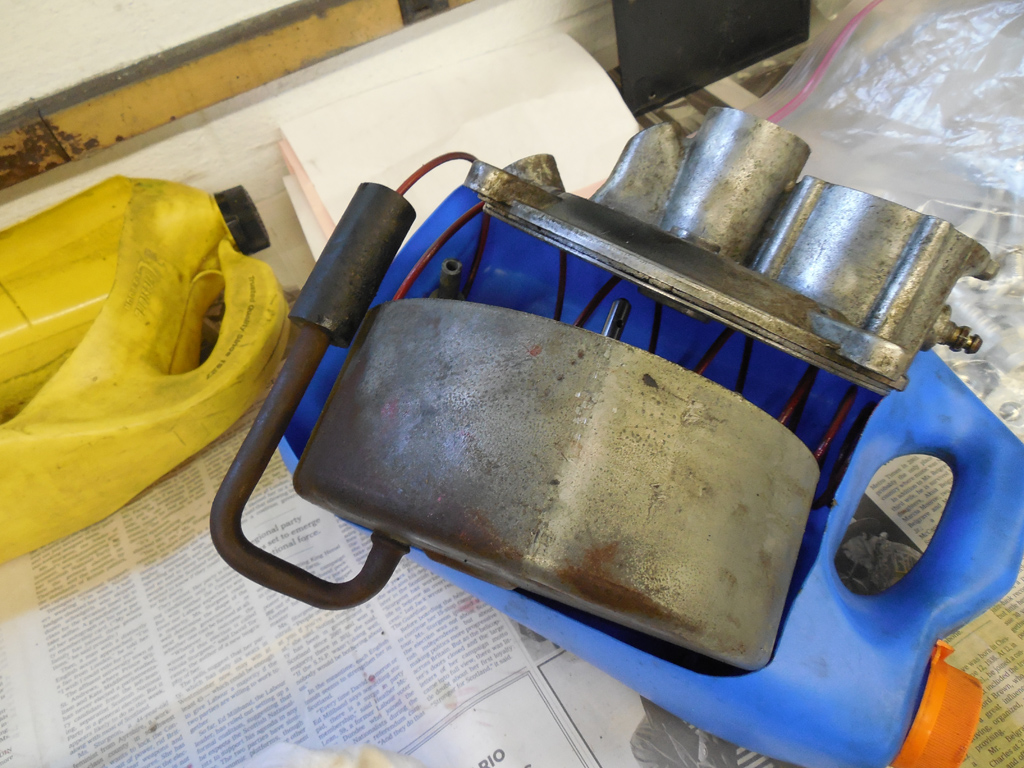 Since we’re committed to rebuilding the boosters, I’ll have to clean up the cans and have them clear cad plated. There’s no sense in cheapening out now.