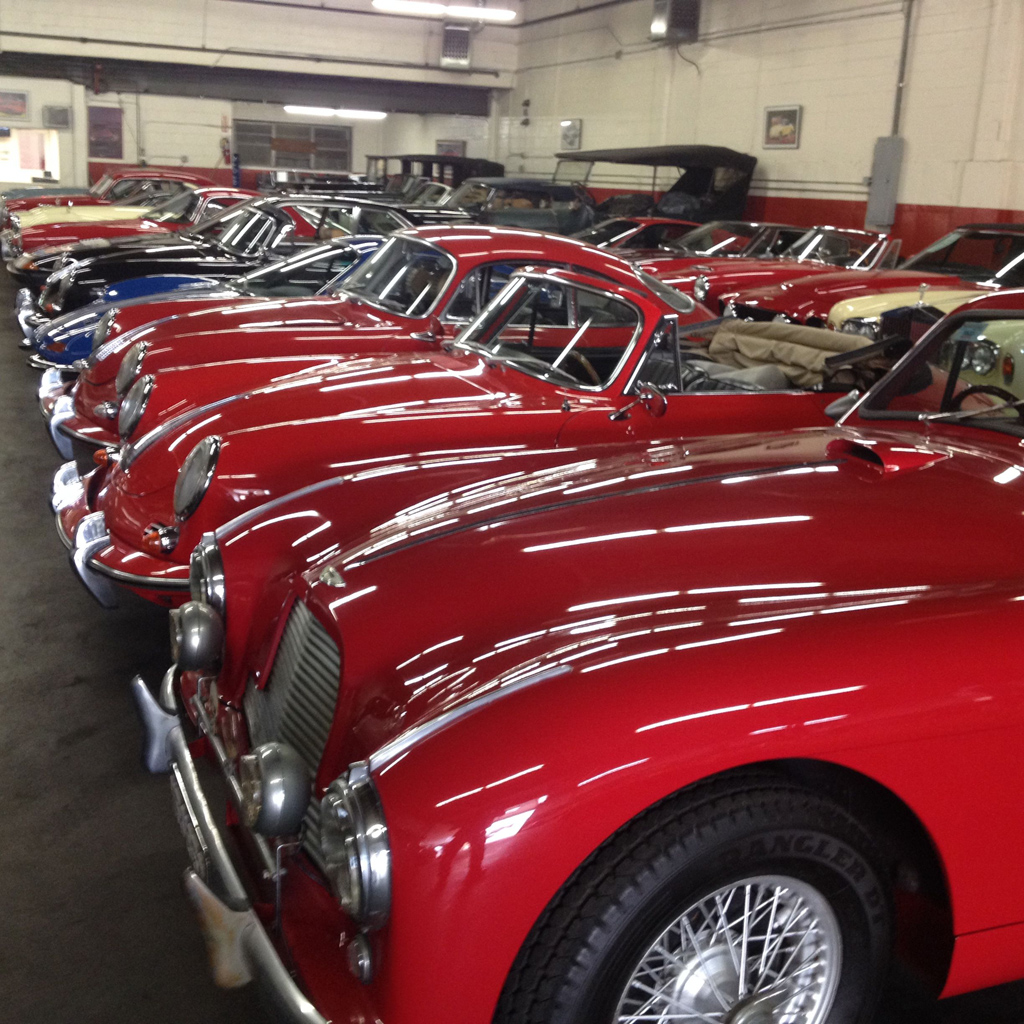 I was asked to go to Gullwing Motors in Queens NY to inspect a car for a customer, and on the drive home, I had some time to reflect on the different aspects of the car collector market, specifically the Vintage Ferrari Market.

The last several years, we’ve seen the Vintage Ferrari market grow in leaps and bounds. Many cars have doubled or tripled in value and some have done even better than that. I receive e-mails and calls every week from people asking which way the market is going. I don’t even try to predict the market because every time I think I know, I’m wrong! The advice I do give is if someone wants to buy a car that they can afford in today’s market, then do the research and buy the best car. If the market turns around, you’ll at least own something you love, and you can still use it with pride and joy. Any time someone asks me about “investments,” I tell them to speak to someone else. There are plenty of people in car sales that will tell you what you want to hear! 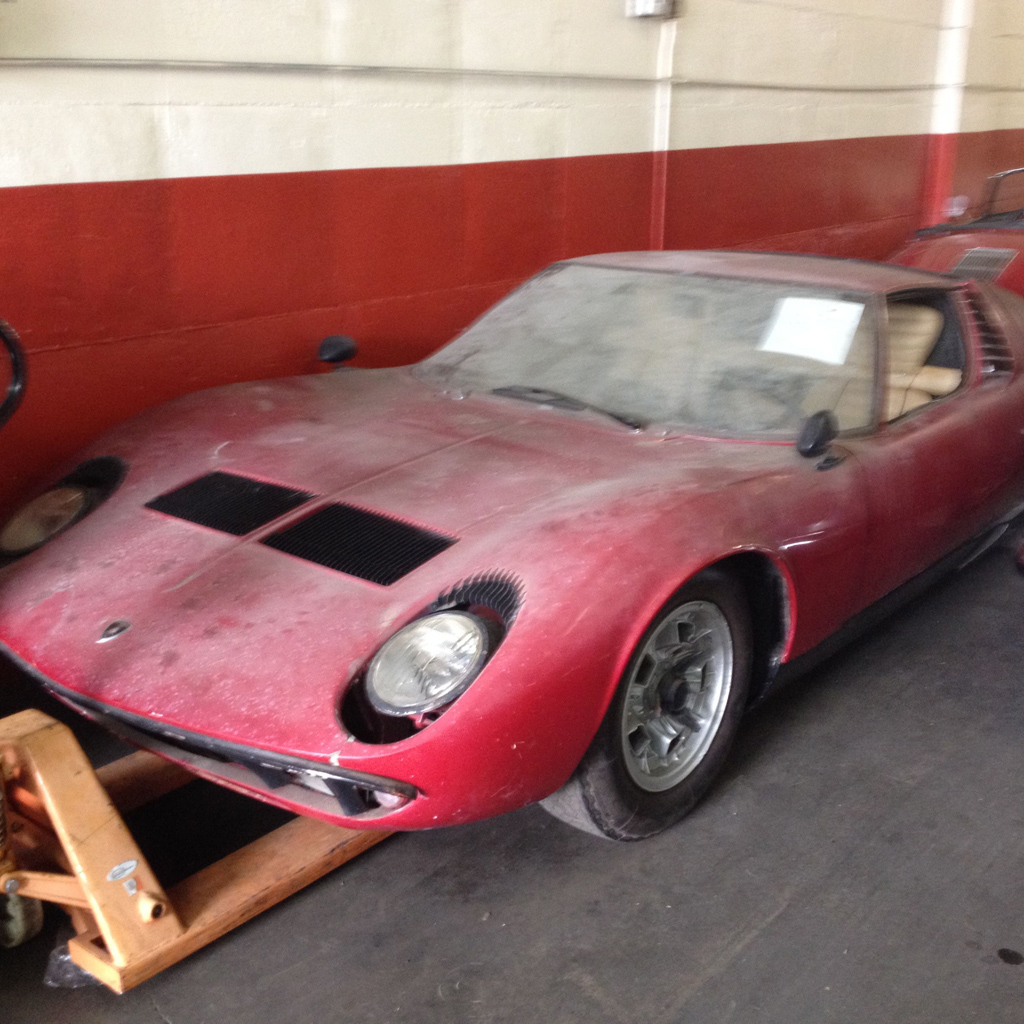 “Barn finds” are very popular, and I laugh when I see cars like this Muira that don’t get washed to capitalize on its Barn Find Status! I see examples like this on the auction circuit and wonder if I’m the only one that isn’t jumping at the chance to buy it? When people buy a car like this, don’t they realize it’s NOT just going to take some fresh gasoline and a battery to start this car? The television shows that seem to have this happen with regularity are all fake. Just like the “reality” shows that preceded them! Most “Barn Find” cars were parked for a reason. Either a catastrophic failure, or irreplaceable part caused the owner to park it indefinitely. If you owned and loved your old car, wouldn’t you go out to the garage now and again, clean her off, and take her out for a drive? Who would allow their pride and joy deteriorate to this condition? Even if it were mitigating circumstances that led to having a car sit unloved for years, rubber deteriorates, wheel bearings seize, fuel lines rot, making for a very unsafe car. Sure, you can fire a car up and drive it onto an auction block, but that’s not the same as putting a car into regular and safe use.

Another side of the market I see is from the perspective of the seller. We all see the rising prices and struggle whether or not it’s time to sell. Last year, I was involved with a sale of a 365GT2+2 at auction. It was a very nice double Platinum winning car that was also reliable enough to drive across the country several times. The auction estimate was set for $250K and we had a reserve set for $200K. The stress of not obtaining our goals was wearing on the owner, and if he had a choice five minutes before the sale, he would have pulled the car from the auction! We set a new world record for 365GT 2+2s at $325,000 hammer. All the stress was forgotten, and we celebrated as if we knew we would win big all along, but the truth was, no one knew.

This new high water mark, like many auction results these days, changes the perspective of buyers and sellers alike. We are all optimistic with the view that our cars are worth at least as much as the last one that sold, but we seem to forget many of the comparisons. From the seller’s perspective, everyone who owns a 365GT 2+2 thinks they own a $300K+ car, but dealers, brokers, and buyers spend the next several weeks explaining to every seller coming out of the woodwork why their car isn’t worth the same as the one that just sold at Monterey! The car I represented spent several years attending shows, slowly building perfection, and even went through a fresh bare metal respray to return the car to its original color. The cost of all this work was not inexpensive, and the buyers at the auctions hopefully recognized this with their bidding. Whenever I see a car asking for the same value of a perfect car that recently sold, I often see it fall short. We all think we have nice cars, but when scrutinizing it for sale, it’s a different perspective. 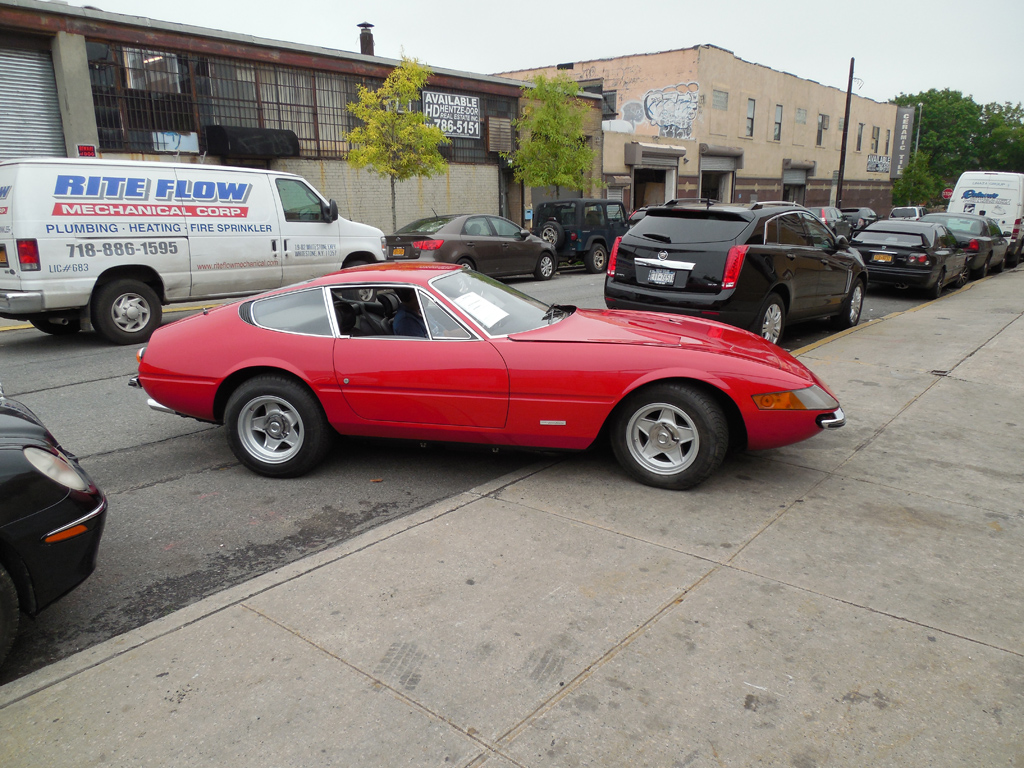 I am often sent to inspect a car for a potential buyer and see some of these cars being offered at the higher end of the market. I know how much it costs to make a car perfect, it’s what we do everyday, and the difference in price between an average car, and the cost to get it to “Platinum” level never adds up. I tire of hearing words like “Platinum,” “Concours Quality,” Pebble Beach Quality,” “Show car,” or even “Barn Find” used without any real idea of their meanings. In the Ferrari world, only a handful of cars actually get invited to show at Pebble Beach. It’s not a matter of a simple application, so when someone says they do “Pebble Beach Paint,” ask them which car they actually got on the lawn? I also don’t think the public even has an idea of the costs to bring a car to Pebble Beach. If you think $25K is a lot of money to just paint a car, Pebble Beach cars easily eclipse that amount. The level of perfection is staggering. “Concours paint” is another sore spot for me. Which Concours? The Mineloa Concours, or Amelia Island? A lot of it is salesmanship on the part of the dealers, brokers, and auction houses, but it’s often us on the front lines of actually working on these cars that it falls to. Even the TV shows seem to conspire against us. I would hope my customers can recognize the poor workmanship, layers of body filler, and rush to get the car to market is what the TV shows aspire to produce. I try not to get insulted by the association of being in the same business.

The buyers are also just as bad at the game of the car market. I’m constantly hearing, “I just want a driver,” but what I really hear is “I want a perfect car for cheap!” My interpretation of a “Driver” is a car that is mechanically reliable, but has it’s blemishes in the paint and interior. The chrome is not perfect, and some of the mechanical bits may have been changed for convenience or reliability. When a car like this is presented to the buyer that actually doesn’t know what a “driver” is,  immediately wants far more than he wants to pay for.

I am involved in several deals a year, but it’s not my main living. I take pride in my work on old Ferraris, and have good solid relationships with my customers that pay me for my time to do what I love, but car sales is a necessary evil when my current customers and potentially new customers ask for my help. I work either side of the fence with buyers and sellers, but neither side is better than the other. Somewhere between the expectations of the buyer and the seller is a price they both can agree on, but it’s the ocean of space between the two perspectives that brings the problems. I don’t know why, but car sales seems to bring out the worst in all of us, and no matter how nice the cars and how elegant the venues, there’s still a dirty side to it. The trick is not to get dirty!