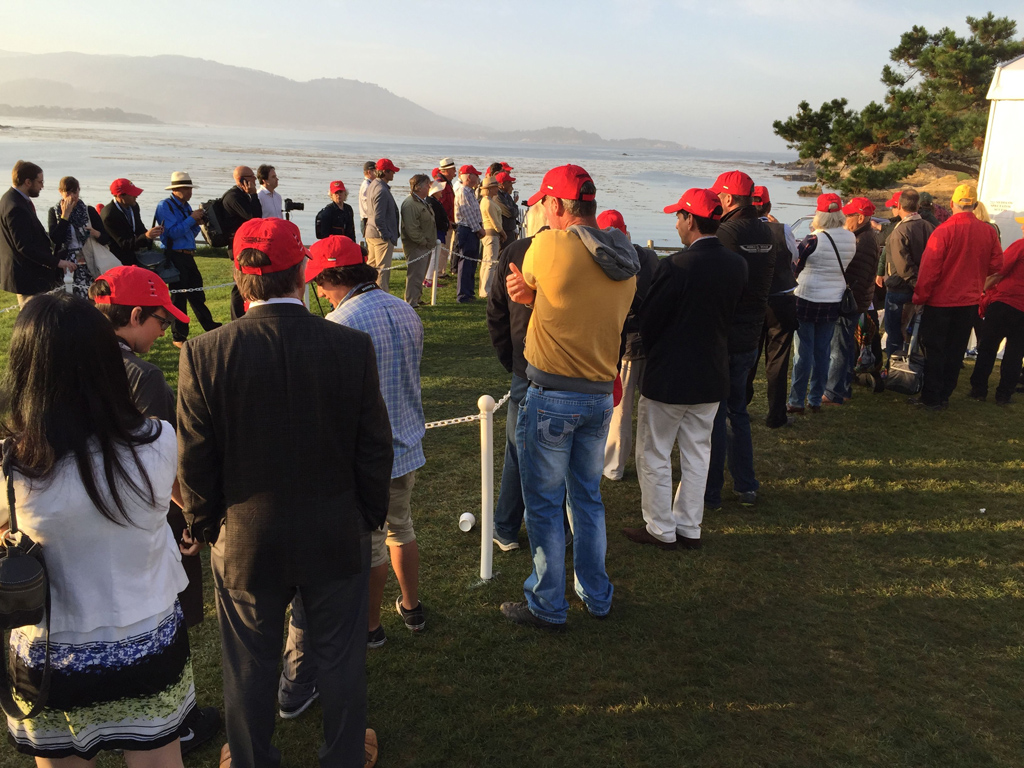 Sunday was Pebble Beach, and it began with “Dawn Patrol,” Hagerty Insurance’s free hat giveaway for the diehard enthusiasts that arrive at the Pebble Beach Concours at the crack of dawn. It started out with just a handful of mechanics and drivers that were put to task of delivering their customer’s cars to the show field to easily hundreds of early risers wearing the badge of honor of a “Dawn Patrol Hat.” I arrived at about 7am, early enough to see this year’s hat was red, but didn’t participate in the mad scramble when the hats were given out! 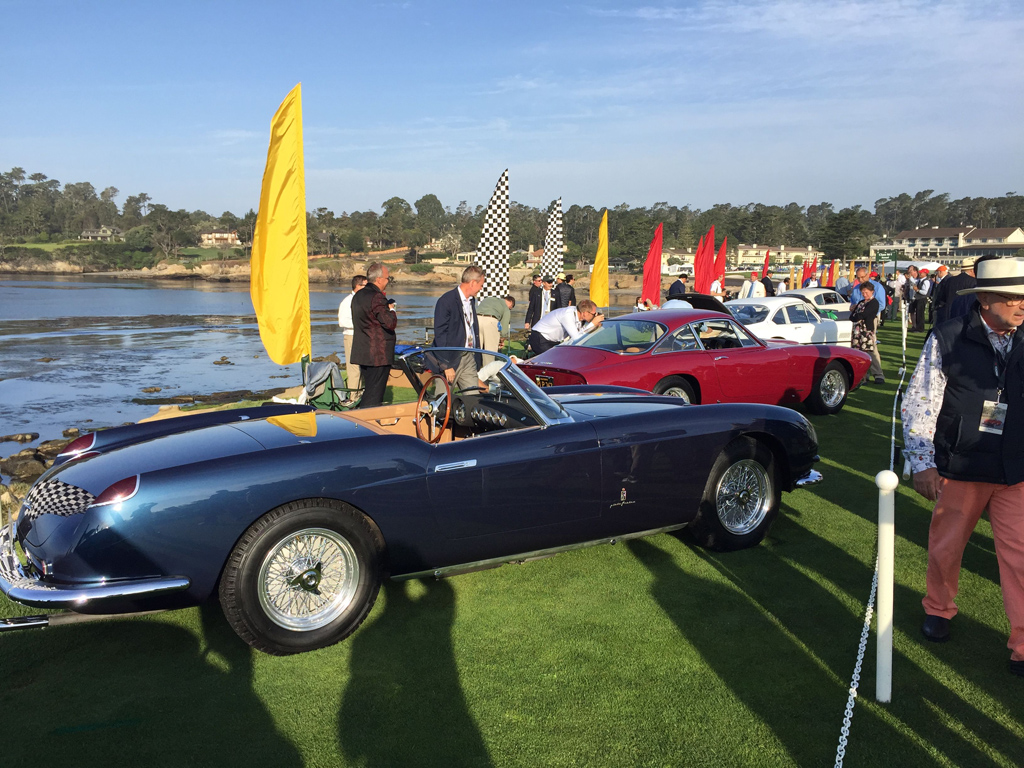 Every year Pebble Beach Concours d’Elegance seems to to get more and more crowded, and this year was no different. Even a $350 dollar ticket didn’t seem to keep the thousands of people from attending. I try my best to arrive early to have an unobstructed view of the cars, but even at 7 am, I found a lot of people already on the show field. 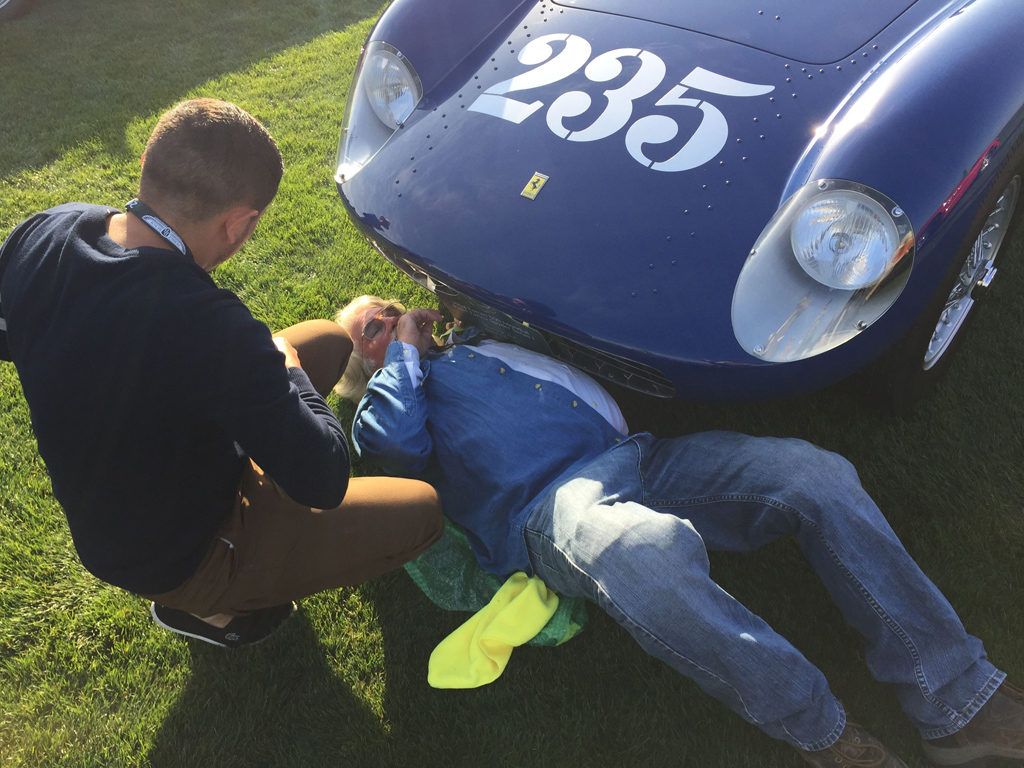 It was crunch time for many restorers. Pebble Beach is like the Super Bowl of car shows, so all the cars on the show field had to be perfect and ready for judging. Everyone was working furiously to get their cars ready including Bob Smith of Coachworks showing the boss will roll up his sleeves and do what it takes to get it done! 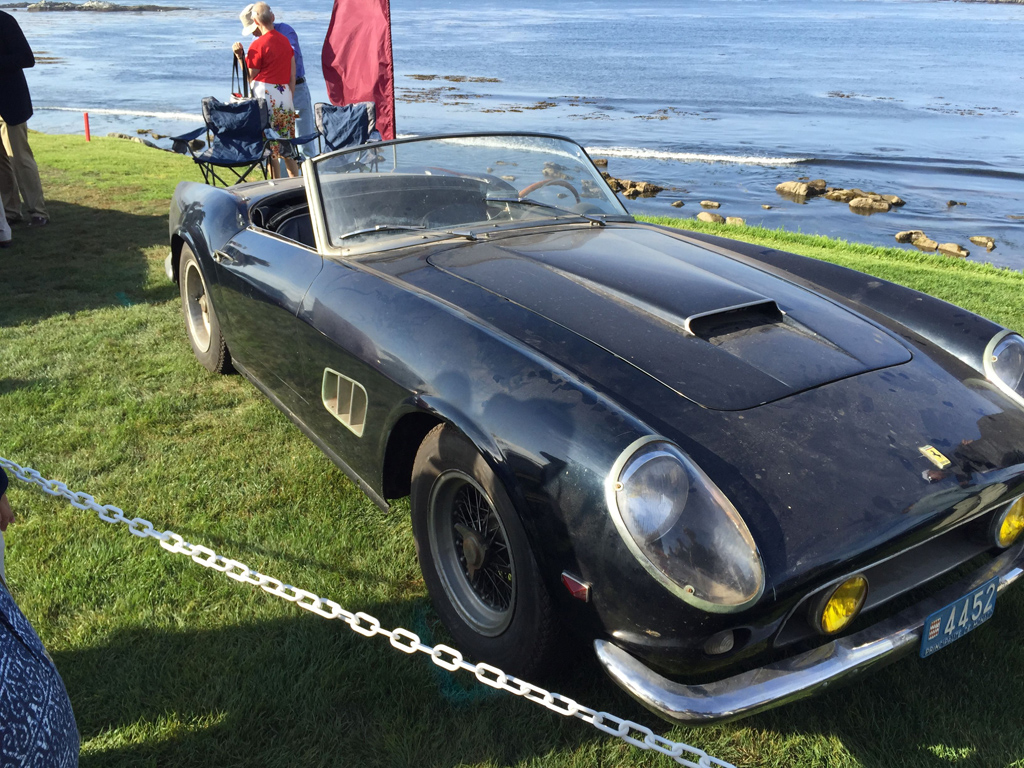 There was a California Spyder that was on display that was some kind of “survivor car,” and I’m starting to get tired of dirty cars being shown at car shows to prove that it’s a “survivor.” I admit I don’t know the history of this car, but I feel there is absolutely no reason for a car to remain dirty to prove it provenance! In the last several years, survivor cars have started to become more popular than restored cars, and their prices have been rising. Whenever there is a demand for something, there will always be someone filling the need, so I’ve seen a lot of dusty, dirty, and neglected cars being paraded around as a “survivor.”

Several years ago when the Ferrari Club of America was establishing guidelines for its new “Prevervation Class” I had many discussion with judges to understand what they were looking for. The best description I heard was “a preservation car should be a car that shows signs of loving care throughout its life like any prized possession.” Why would I want to see car that the owner barely cared enough to wash it? There is big difference between patina and dirt, and people showing cars should know the difference. I also see a lot of this with cars for sale, but that is the showmanship of a dealer or auction house selling to people who don’t understand what “survivor” really means. I really wish we could stop this nonsense.