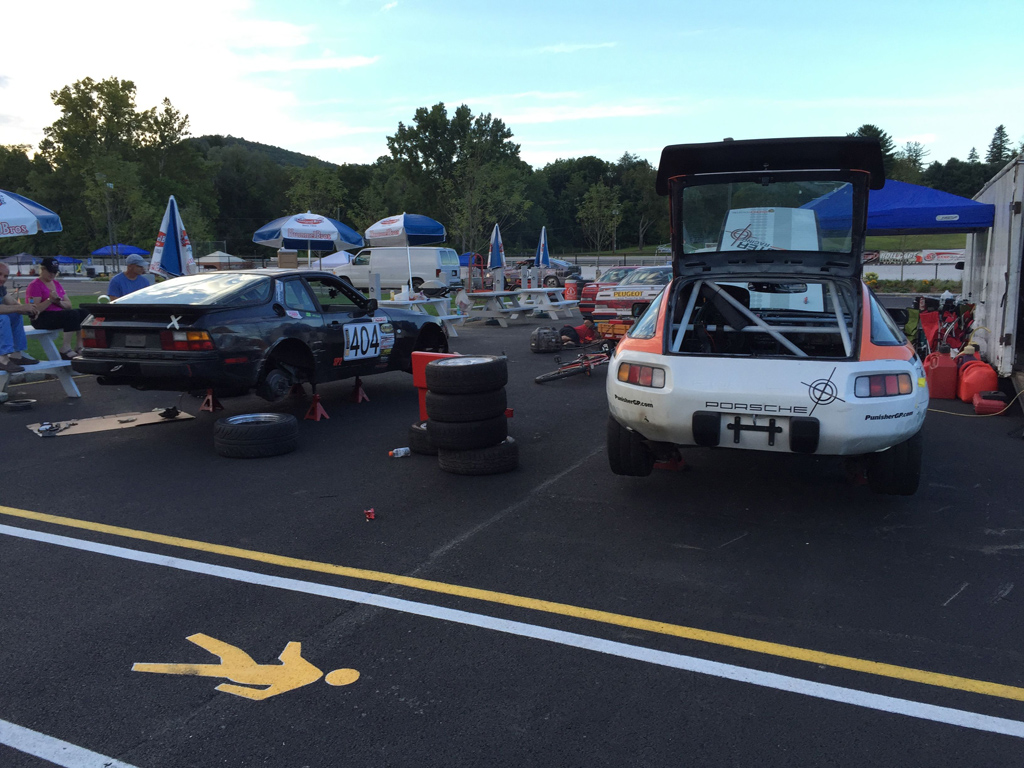 I got back from Monterey and immediately went to Lime Rock to join Team Punisher for a Chump Car race! With such a short turn around, I decided to sit this one out as a driver and focus my efforts as the Crew Chief. We had three cars entered at Lime Rock with a Porsche 928, a 944, and one Peugeot 405 that was cobbled together from the remains of two cars after Watkins Glen.

The 944 seemed to be having a bad weekend as a rear hub carrier broke and required a mad scramble to find another hub and install it to keep racing. The other cars were not without faults as both the Peugeot and Porsche 928s were black flagged for noise issues. For a time, I felt we worked at a muffler shop, installing all sorts of extra pipes and mufflers to meet the stringent noise restrictions of the Litchfield Hills of Lime Rock Park. 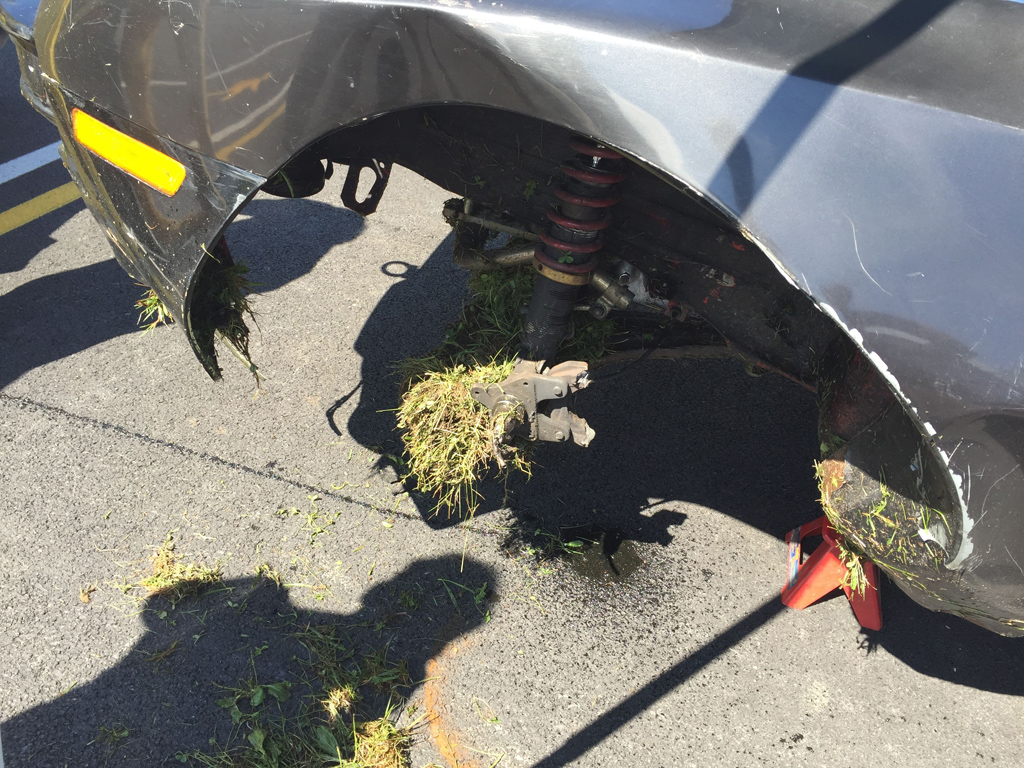 My turn at turning some more wrenches came when a call came in the radios that the 944 had spun off the track after losing a wheel! As the car was dropped off in the paddock, it wasn’t looking good with a stub axle sheared off completely. Both main mechanics were out on the track, but Mark called in on the radio to tell me he thought there might be a spare axle in his truck. Not wanting to call in the guys off the track, I passed on my pit radio to one of the guys and headed for the truck. After rummaging through the pile of spare parts and matching them up to broken pieces on the 944, I found the parts we needed to make the repair. 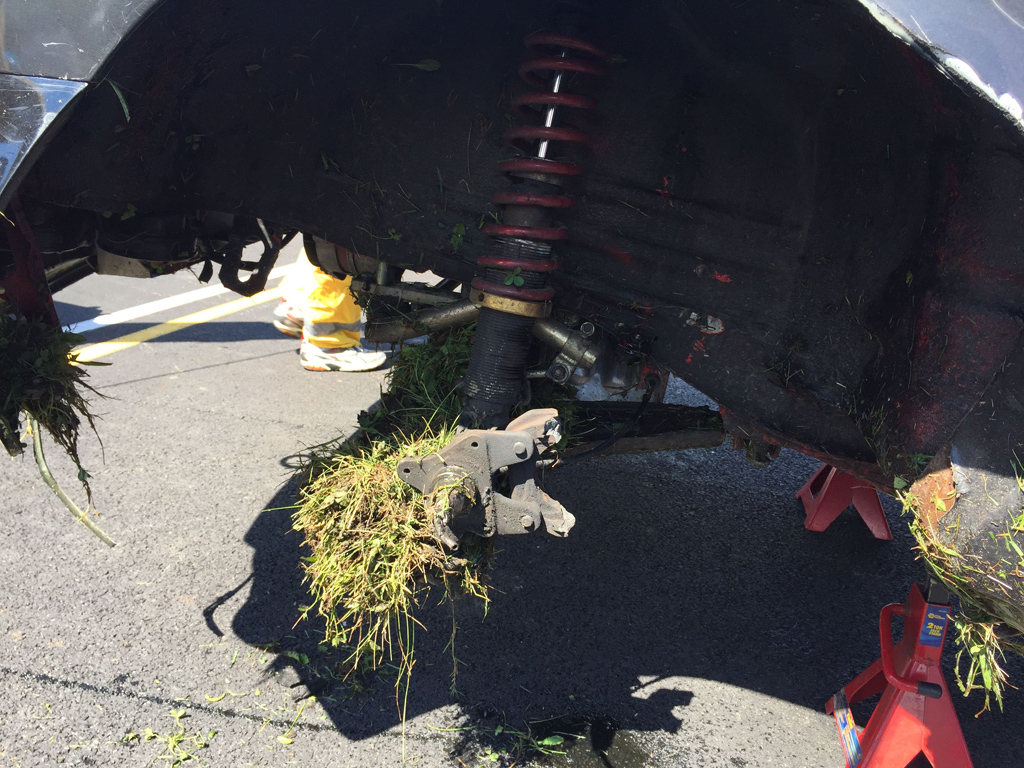 On first generation 944s, Porsche decided a clever way to run a speedometer cable was through the center of the left front axle which might have been fine on a street car, but not so much when you’re trying to break 1:06 lap times at Lime Rock! Race cars break parts, and luckily we had the parts to fix the axle. 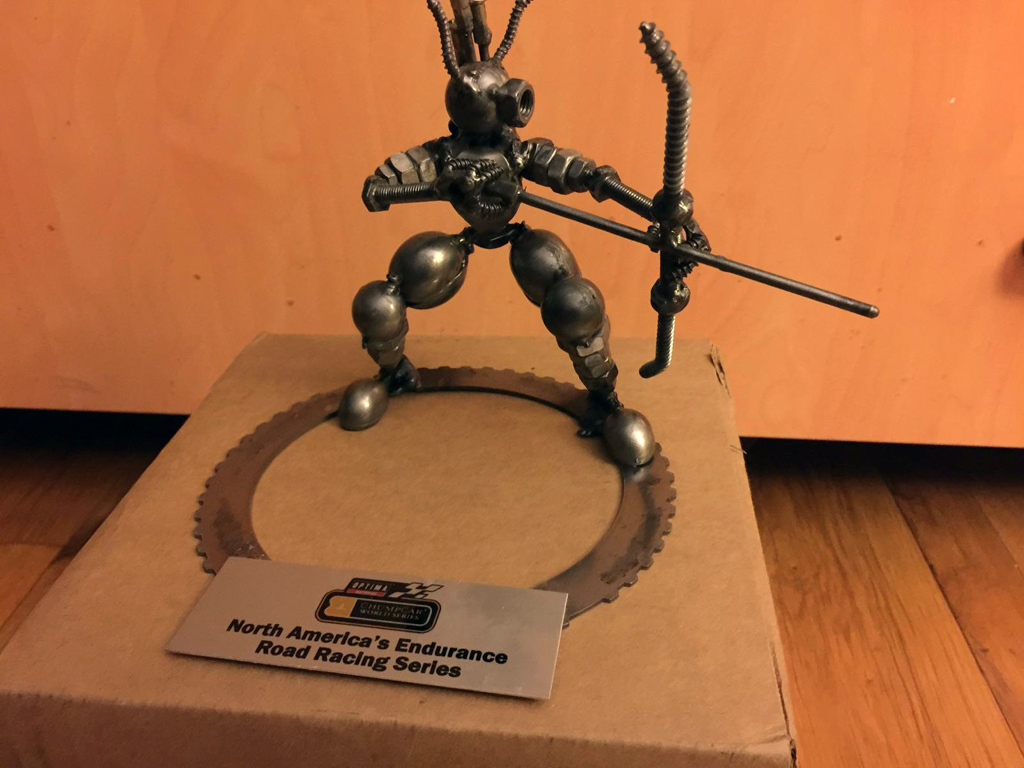 The 944 ended up retiring due to mechanical issues, but the Peugeot finished and the Porsche 928 made the Podium! Great weekend!