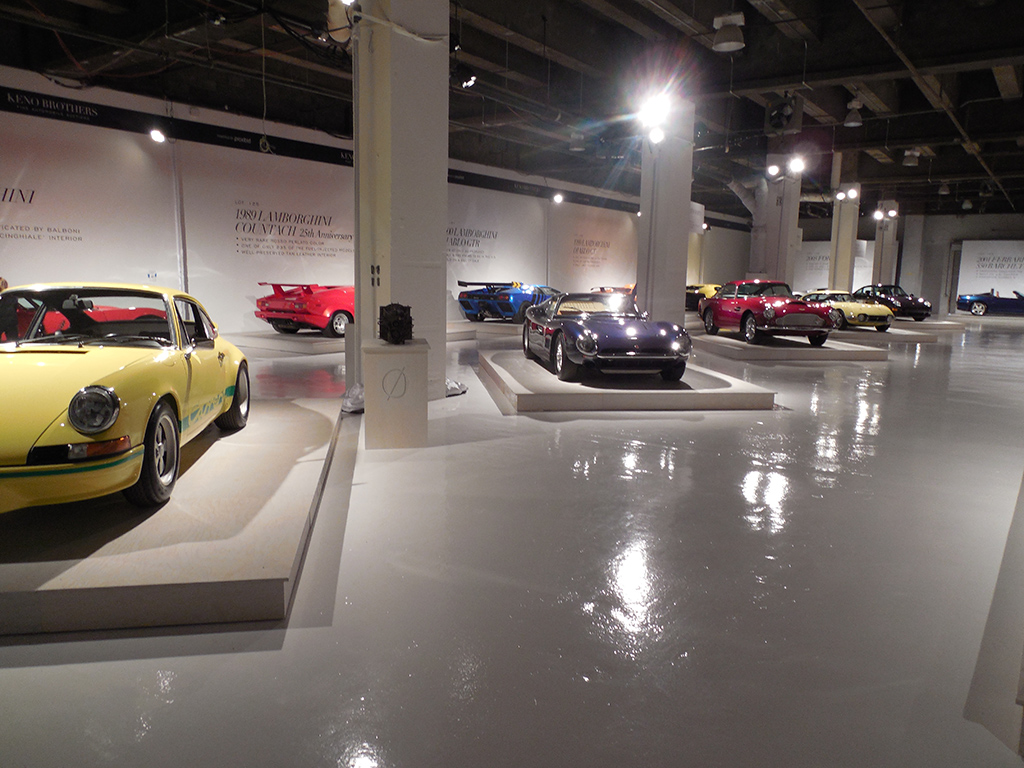 Some of you may already know, but I was asked to work for the Keno Brothers who held their inaugural auction in New York City this past week. I was billed as their “Ferrari Expert,” even though I’m a little more humble of my title or position with the team!

I was hired by Bradley Farrell to inspect some the Vintage Ferraris to provide a mechanical inspection of the cars to give the bidders more information to help them with their decision making. I inspected about 6 vintage Ferraris over the course of the last several weeks and helped set up the space a few days before the auction. 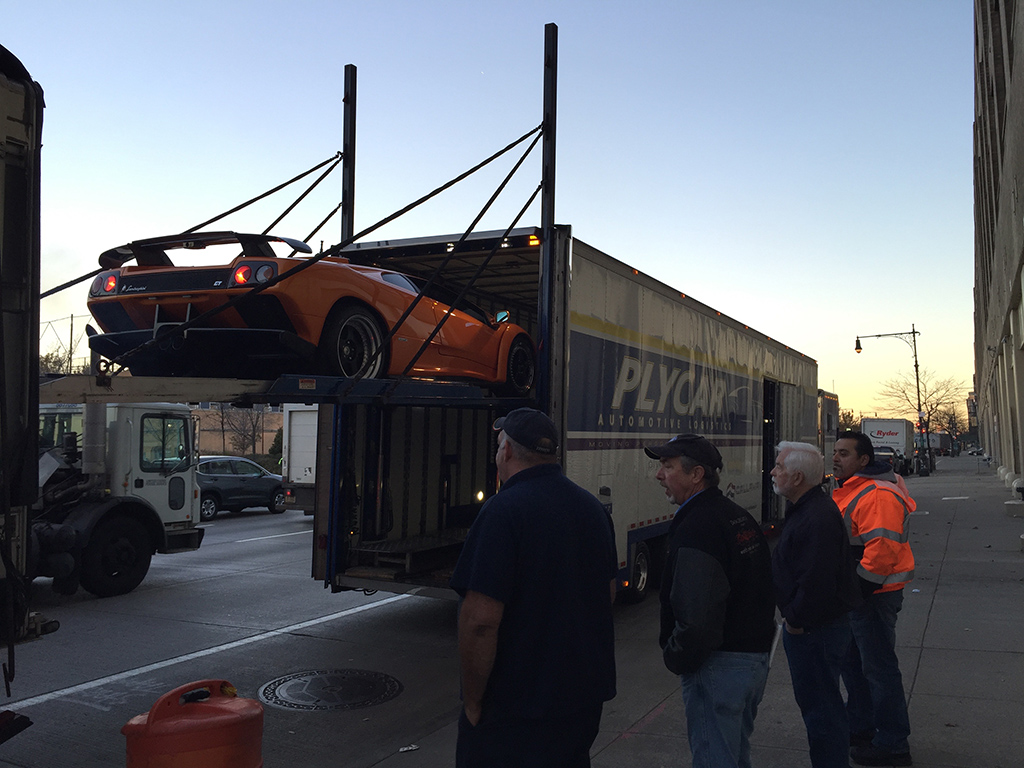 I arrived in site in NYC on Tuesday and met most of the staff. It was an “all hands on deck” kind of set up trying to move 39 cars into the venue. Even though it’s been about 10 years since I worked in Television production, I easily fell back into the process of loading and unloading trucks and setting up a show.

It was ironic that I went from loading camera gear and sound equipment in my old job with CBS to loading exotic automobiles in my new job with the Kenos!  There was the usual amount of testosterone and pissing contests that happens whenever a bunch of guys get together to work on a project, but we all managed to pull together into one cohesive crew to get the job done. 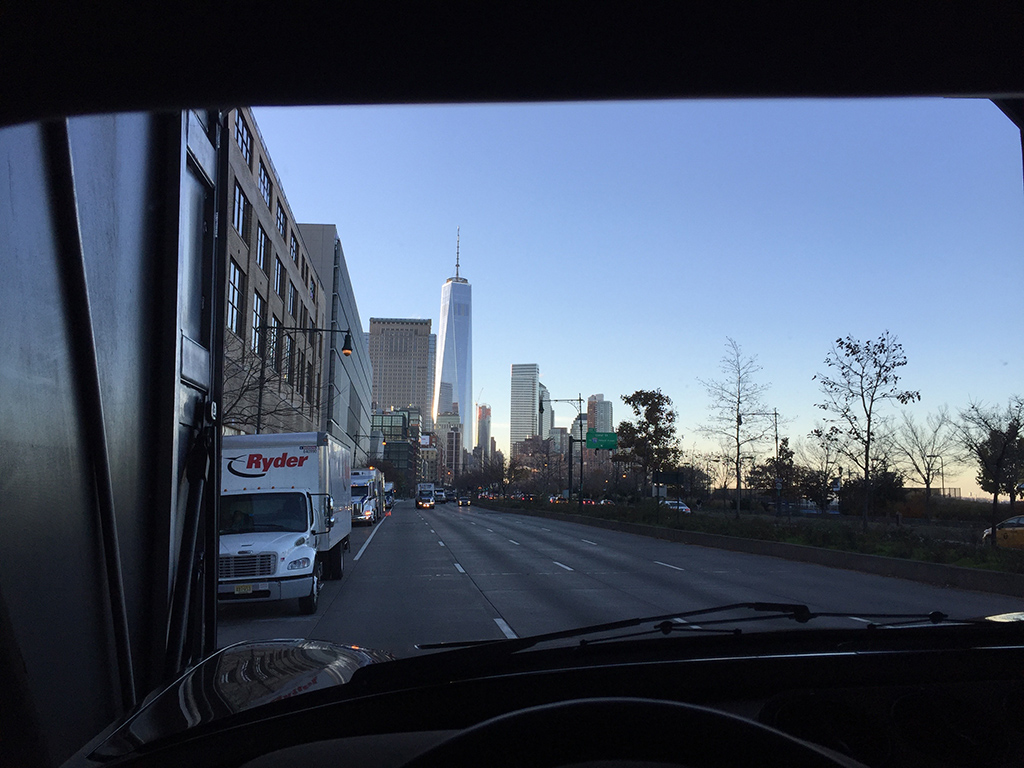 Even though we were not allowed to run the cars indoors because of NYC Fire Department regulations, we found it easier to have drivers sit inside the cars as they were moved off the transporter, onto the flatbed, and pushed into the building. 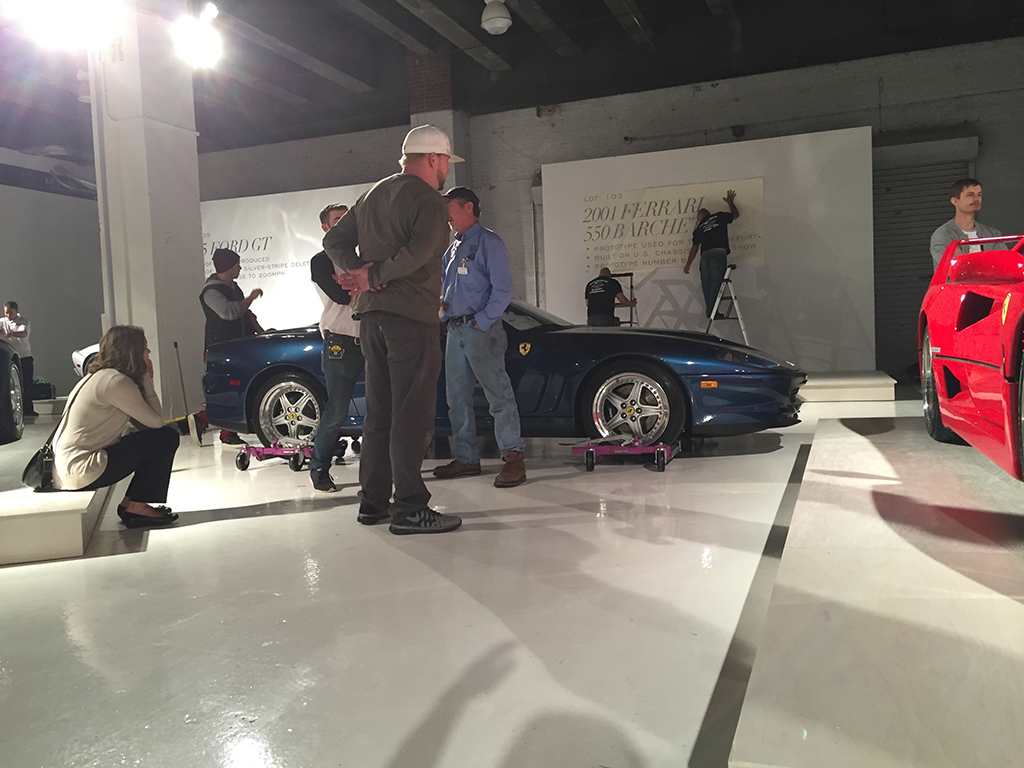 The design of the displays had all the cars up on 6 inch risers so all the cars had the pushed up ramps and set in place. Due to the position of some of the risers in the space a few cars had to be pushed side-ways up the ramps on dolly wheels! Needless to say there was some stress trying to accomplish this task without damaging an expensive six or seven figure car! 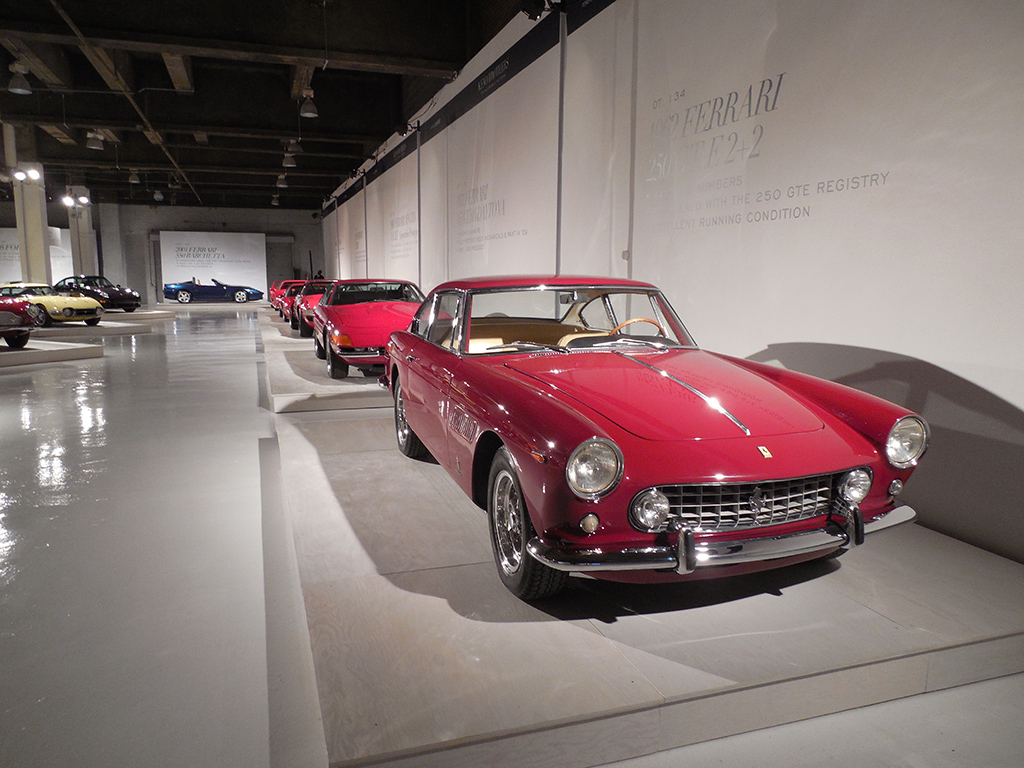 The crew managed to get all the cars on plinths in 48 hours of hard teamwork. I was really proud of being part of this crew and was impressed with the final look of the show. 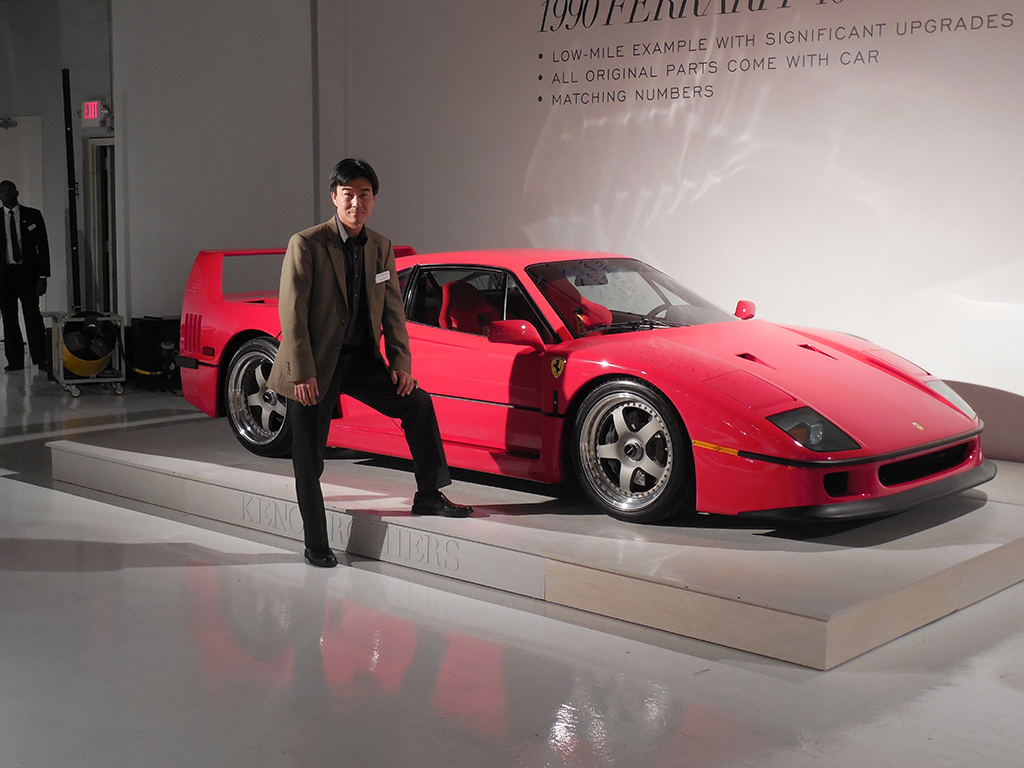 During one of the breaks, I was asked, “of all the cars here, if you could have one…” “F-40” was blurted out before the guy could finish asking me the question! Although I specialize in Vintage Ferraris older than this car, I think this car truly represents the last of the breed in so many ways. It’s unregulated control of  raw turbocharged power and iconic styling sets this car apart from all other cars. No other car can be mistaken for an F40, and nothing ever will. In a market with super cars that all have similar shapes and performance numbers, this car still turns my head. 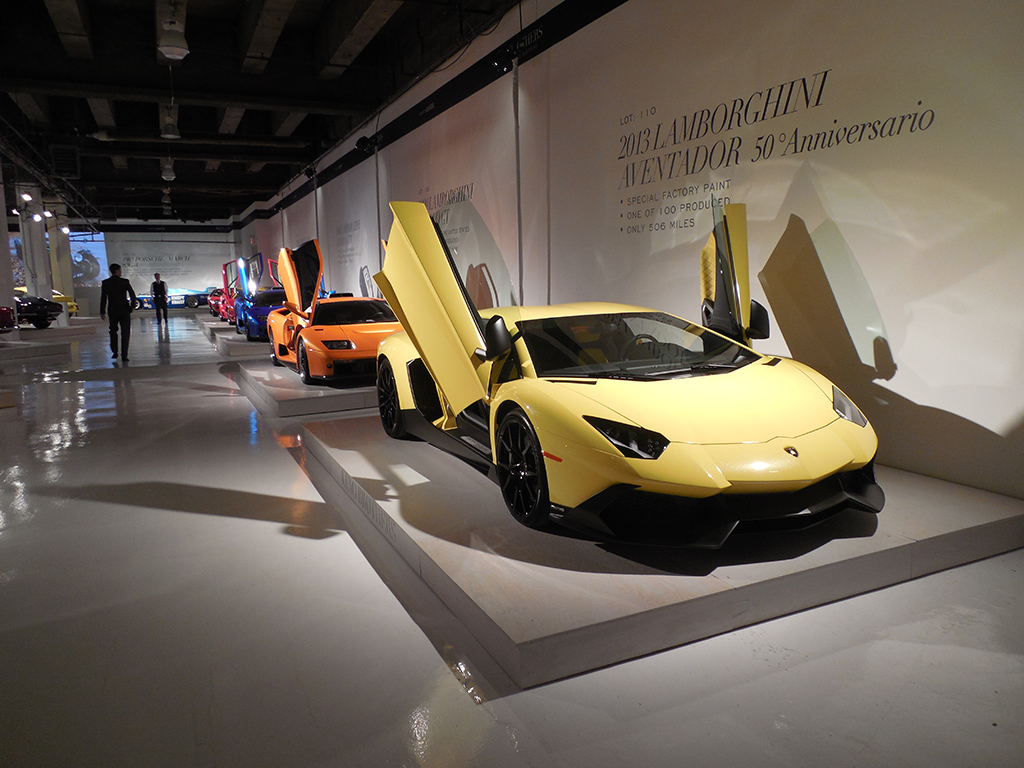 The Preview was on Wednesday, and the “Buzz” was great. People really loved the look of the venue. They loved the attention to detail and elegance of the displays. There was a also a lot of cutting edge technology incorporated in the auction from small video displays to tablets with the catalog handed out to potential bidders. With all the high tech stuff, I was happy it all worked! 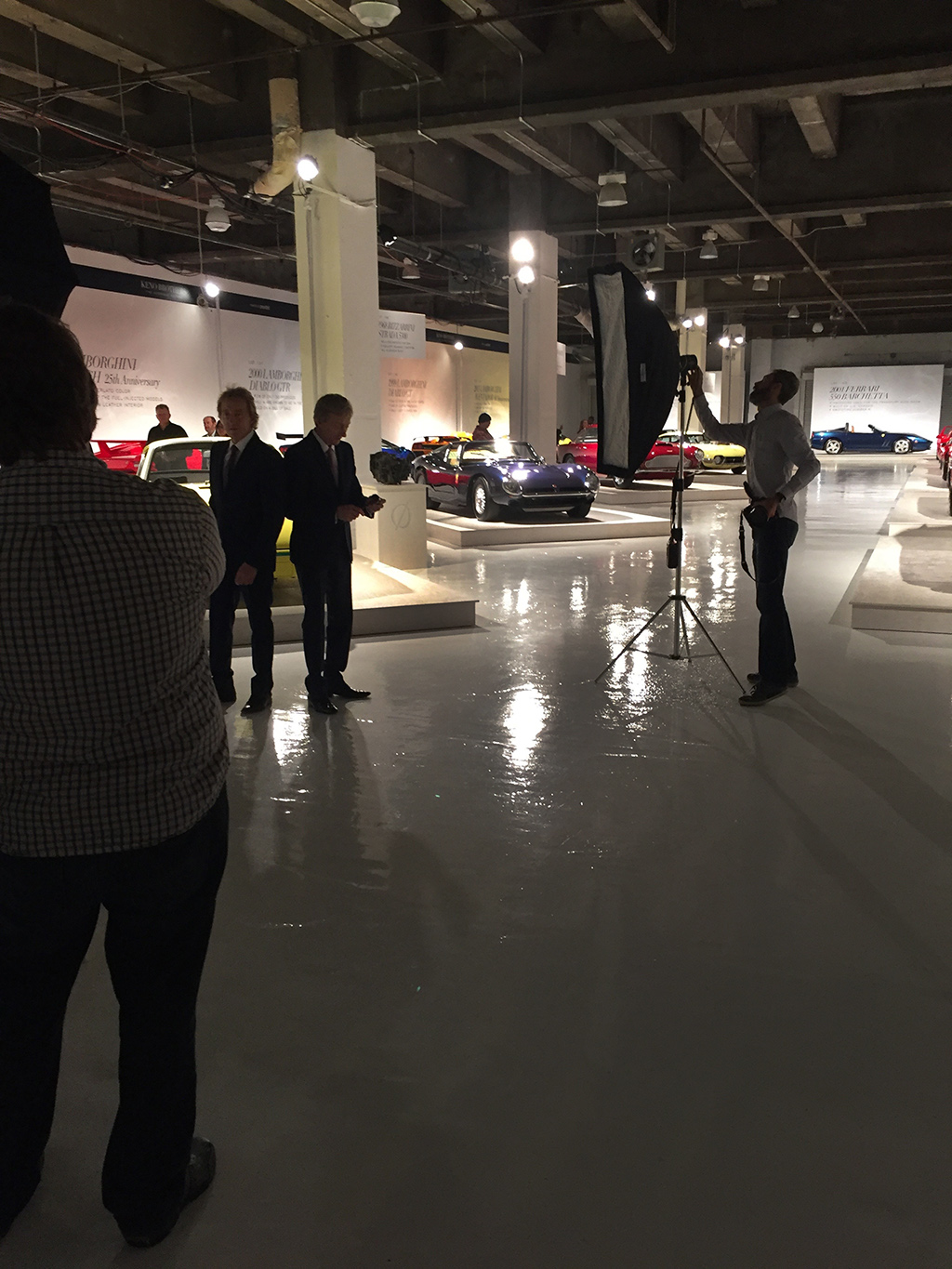 The Keno Brothers, more known for their work on the Antique Furniture Business, have always been car guys at heart. When I first started working for them, Francois told me he actually worked for them first when they used to race a 512BBLM at Lime Rock!

Thursday’s auction was where the real test would be, and we were disappointed in the final sales results. We all had ideas on what could be changed, but also felt there were some factors that were well out of our control. Despite the sales results, I was very proud of the work we did. I looked at this event just like an opening of a Broadway Play or Feature Film; very rarely is it a sure thing, but that doesn’t mean a lot of time, energy, and money wasn’t spent on any of them. The auction was well received by everyone but the bidders, so now we’ll have to go back and figure out how to get their attention! 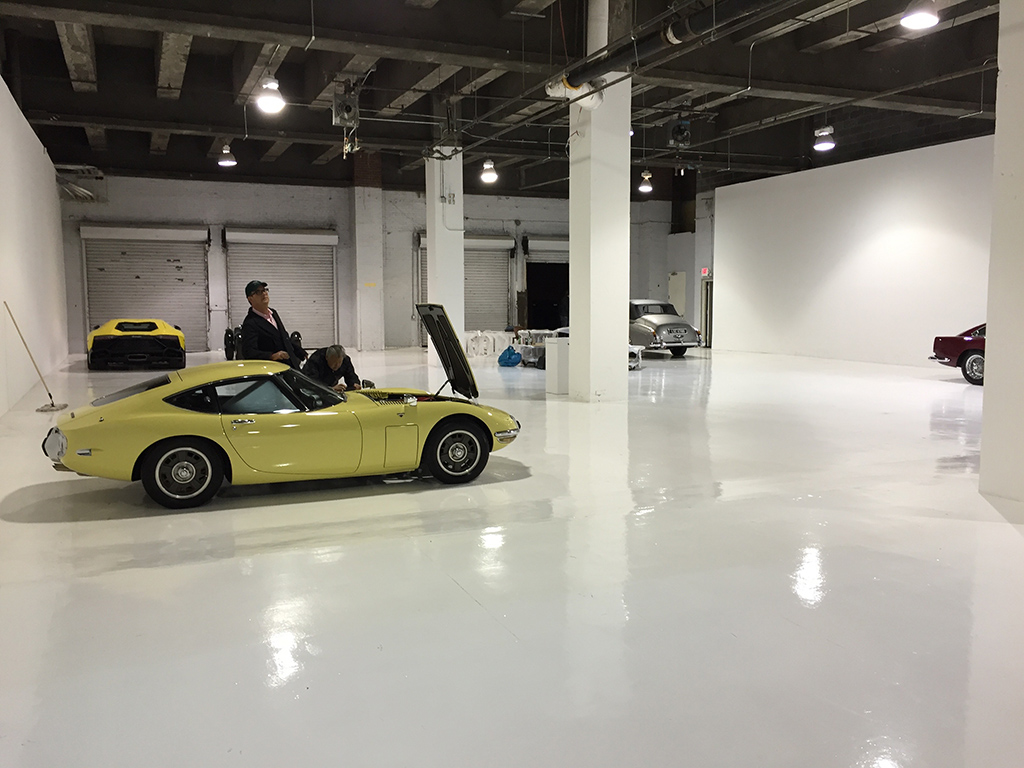 I returned the next day to load up all the cars and clear out the venue. This job was made a little harder because the cars that sold were going to different places, but we put the right people in charge, and the the load-out went well.

I had a great time working for the Keno Brothers, and despite the 50% sale rate, I was proud of the work that was done. The presentation was as good or better than any car auction I’ve seen, and all the hard work showed. Let’s just hope they keep trying to bring their flavor of auctions to this competitive field and do better on the next one. They have my support!