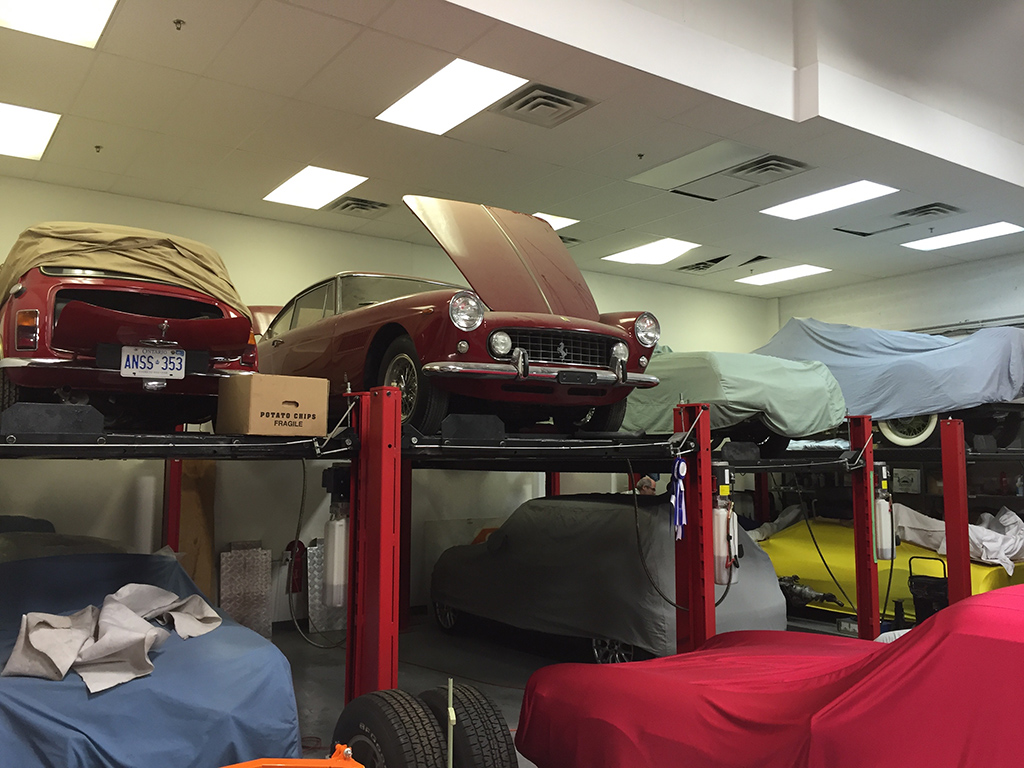 I was in Toronto late last year performing a Pre Purchase Inspection for a client when I stopped by to visit a shop of a couple of friends of mine. Hugh and Jamie have a collection of Ferraris they keep in a shop they share and work on themselves. I helped Jamie buy this GTE from another friend of mine several years ago, and it’s in the queue for restoration shortly. 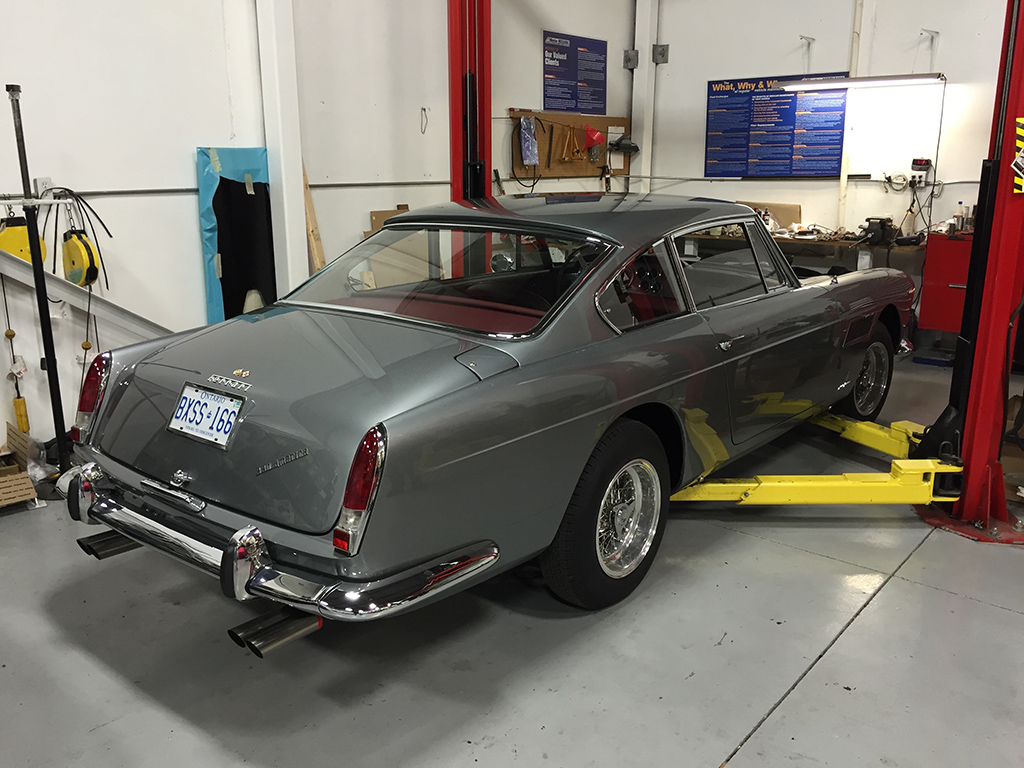 I also helped Hugh buy his 330 America that he recently finished an award winning restoration. We spent many hours on the phone going over the small details that were different in a 330 America over the 250GTE, and I was very impressed with the final result. You may have seen this car this past summer at both Concorso Italiano, and the FCA National show in Monterey. 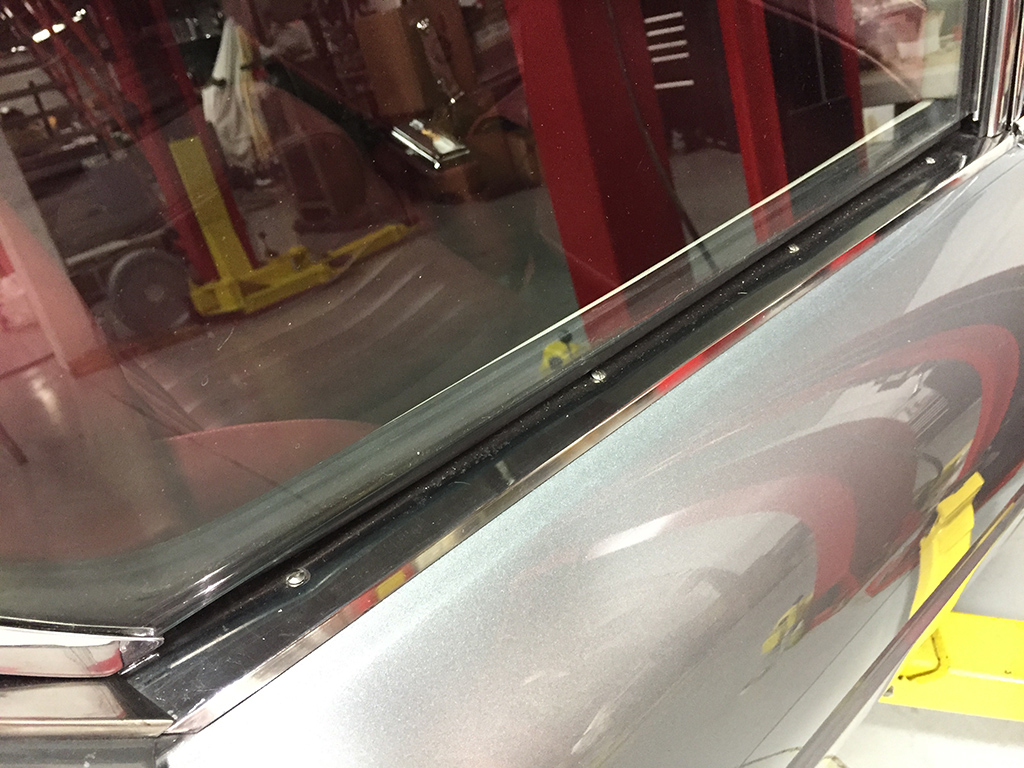 Whenever I get together with Ferrari owners, we spend hours and hours going over the little details on these cars. One such area was the rear window trim at the bottom of the window. I told Hugh at the show last summer that he was missing a particular piece of rubber that covered the trim screws on his window. 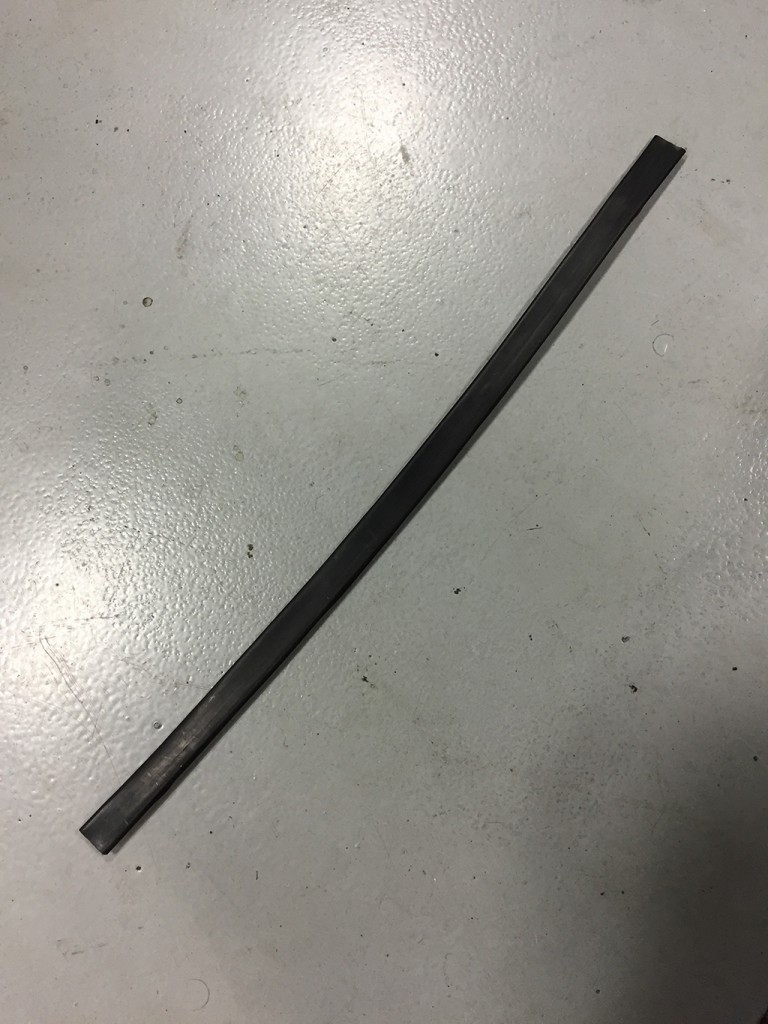 Now that I was at this shop, we actually found a mysterious old piece of rubber that was the missing piece! 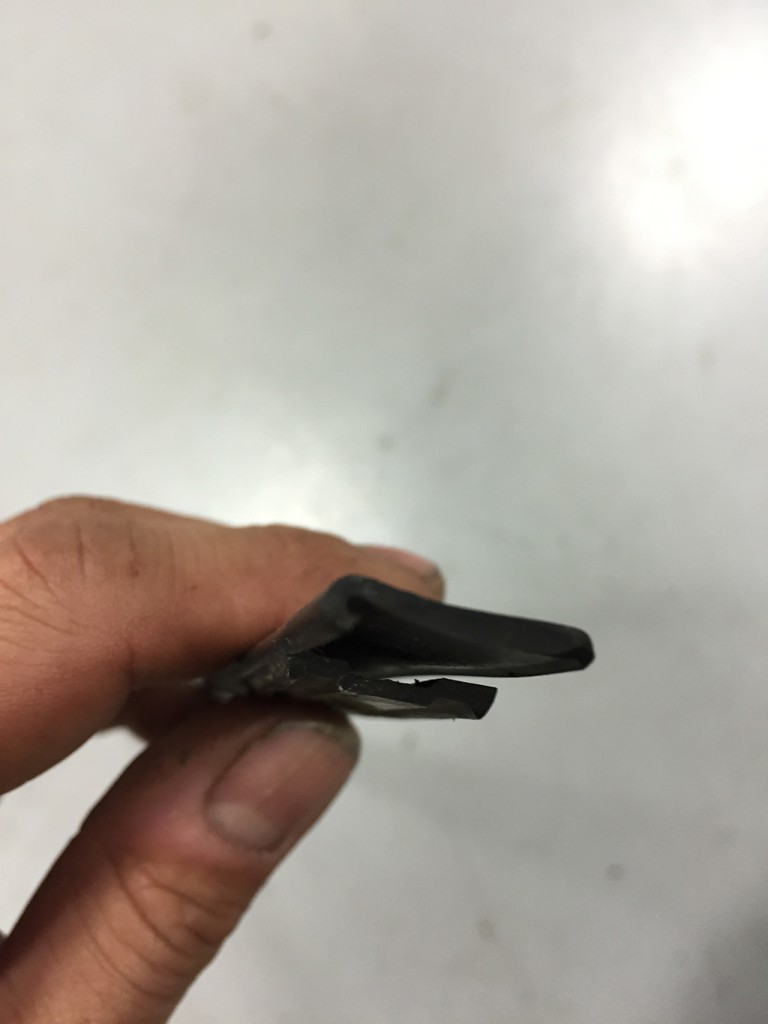 This piece of rubber was missing on my car too when I was putting it together. I managed to fabricate something similar to cover the trim screws at the bottom of the window, but it was neat to see an original piece of correct trim. 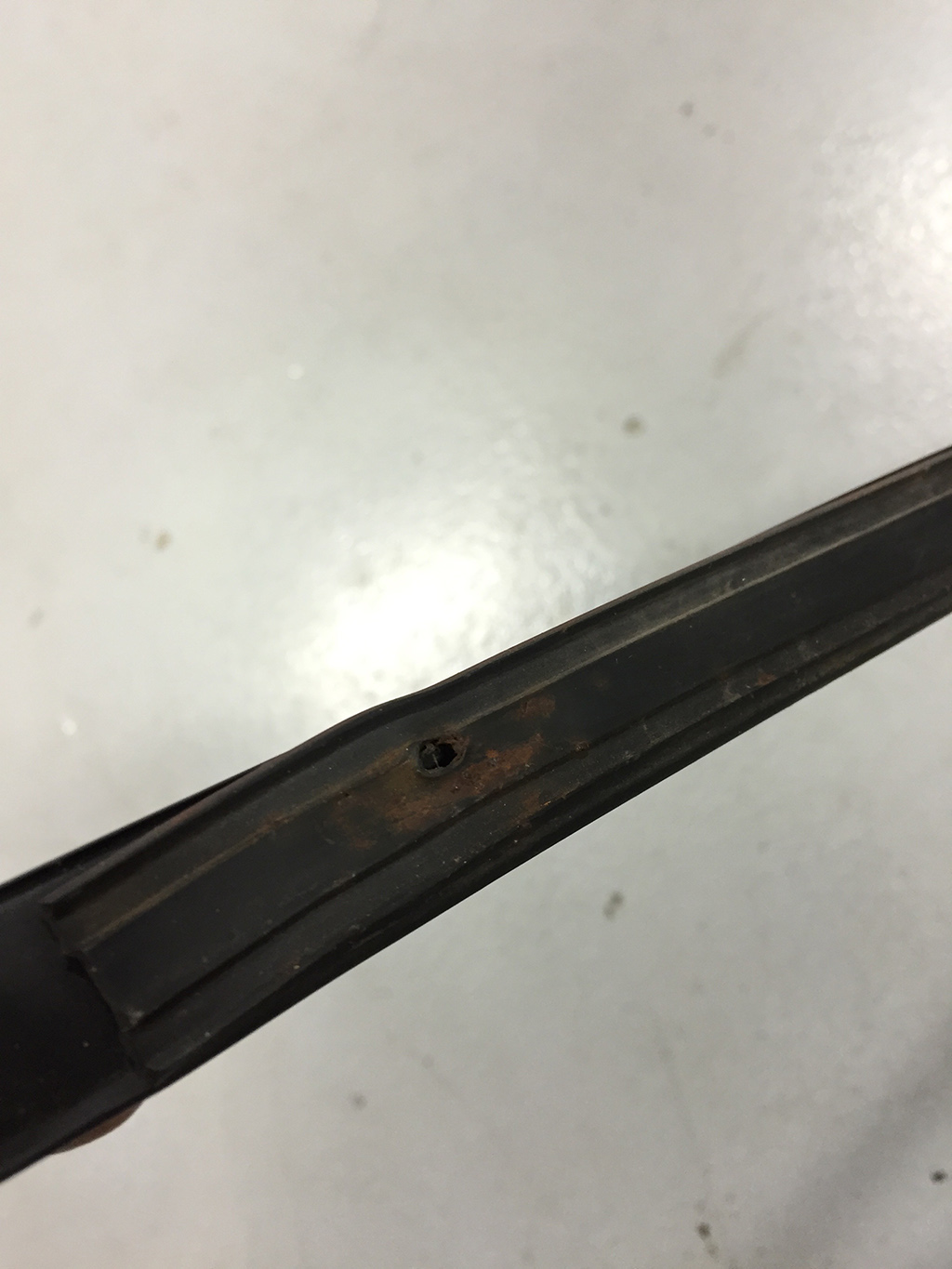 The holes lined up perfectly with the screws on Hugh’s car and another mystery was solved. I just recently wrote an article for the 250GTE Newsletter about GTE specific details, and this item will have to go an a future update!

What? you don’t know about the GTE Registry? The GTE Registry was started over 30 years ago by Len Miller, a fellow GTE owner and proponent of the model back when the 250GTE was considered a lesser model of Ferrari compared to its sister cars, the 250GT Lusso, or 250SWB. This snub was one of the motivating factors Len decided to start the GTE Registry to support and celebrate the ownership of these great cars. Len has since passed away, but his efforts live on in the Registry and is maintained by Tom Wilson and David Wheeler. Tom W. maintains the database and corresponds with new and old owners of these cars keeping track of the thousand or so cars that were made and the percentage of cars still surviving. David edits the quarterly newsletter and has personally improved it by increasing its size and adding color to the publication. I contribute my small part in articles and technical advice. Even if you don’t own a GTE it may be worth taking look at this publication and consider subscribing. The technical information is the same and the ownership stories parallel any Vintage Ferrari owner no matter the model. The community of owners and connections from this publication is invaluable, and I believe well worth the price of subscribing. Contact David Wheeler about subscribing!

Speaking more about GTEs, Our friends in Europe are trying to gather some GTEs at the LeMans Classic in July. If you would be interested in attending this event, and want to join up with some GTE owners, contact Evo Alexander! He has a special package available to GTE owners if he can get enough commitments by the end of this month.