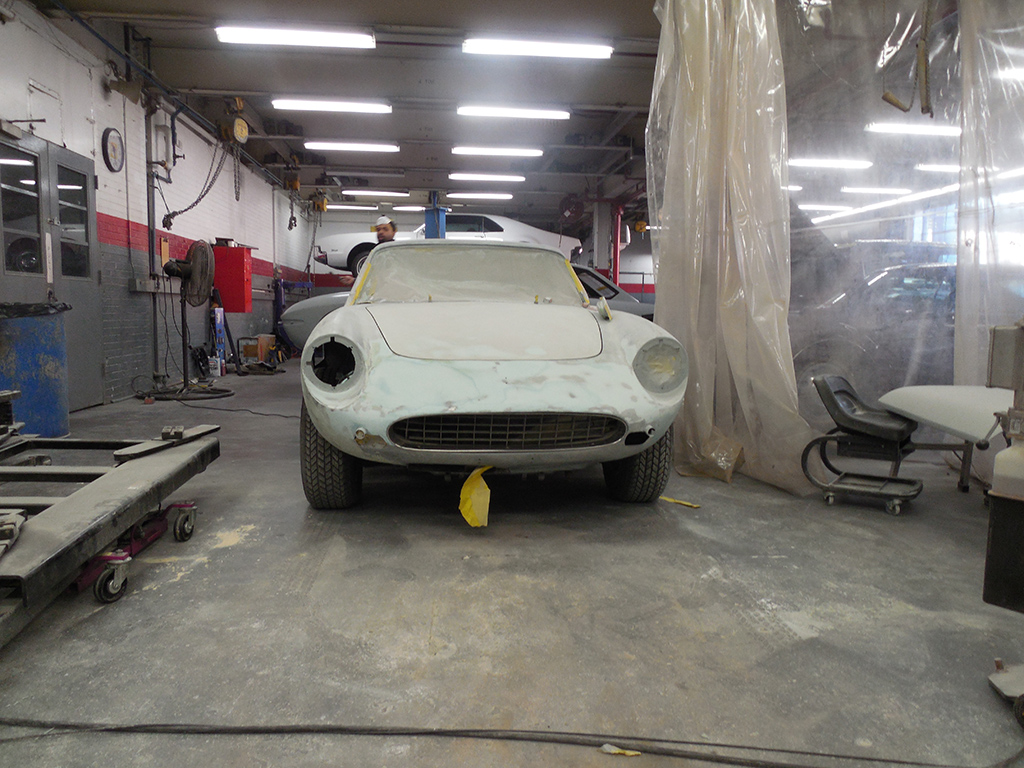 The paint prep continues on the GTC at the paint shop. I went down there to look over a few things and to check the fit of the front grille. 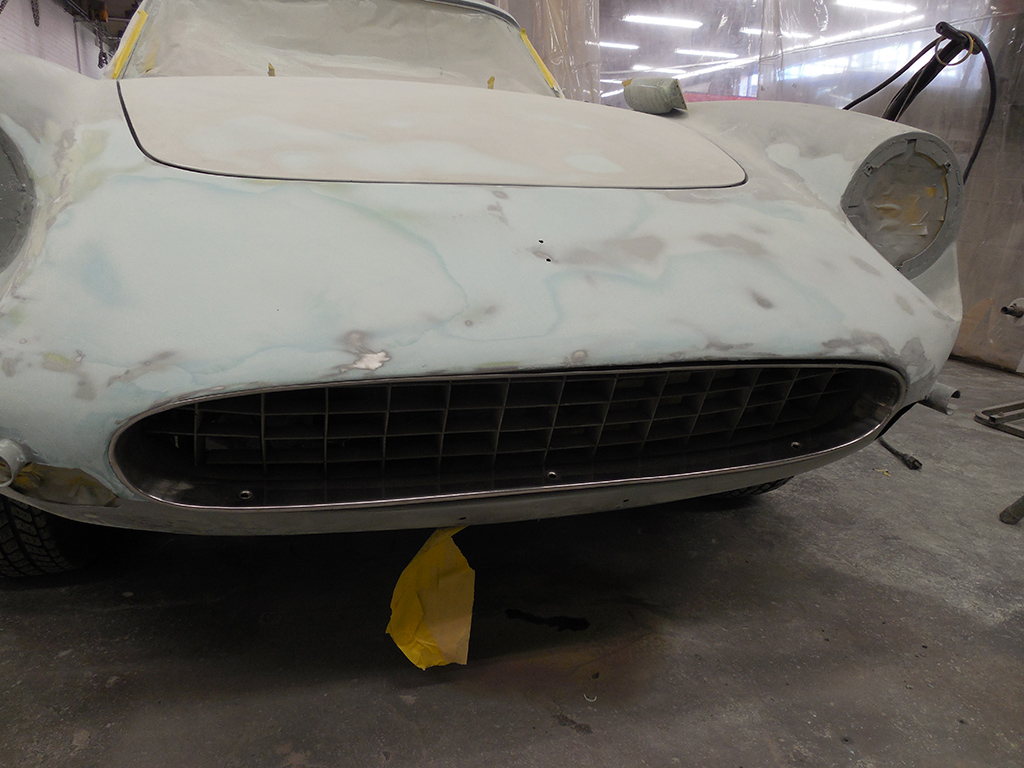 Almost all cars sustain some kind of front end sometime during its lifetime, and quality of the repairs varies widely. This car had evidence of a small accident sometime years ago, but all the proper repairs were made in steel, not filler. The grille was checked against the opening several times during the metal work, but now that the final bodywork is being done at the paint shop, we had to check it one last time. 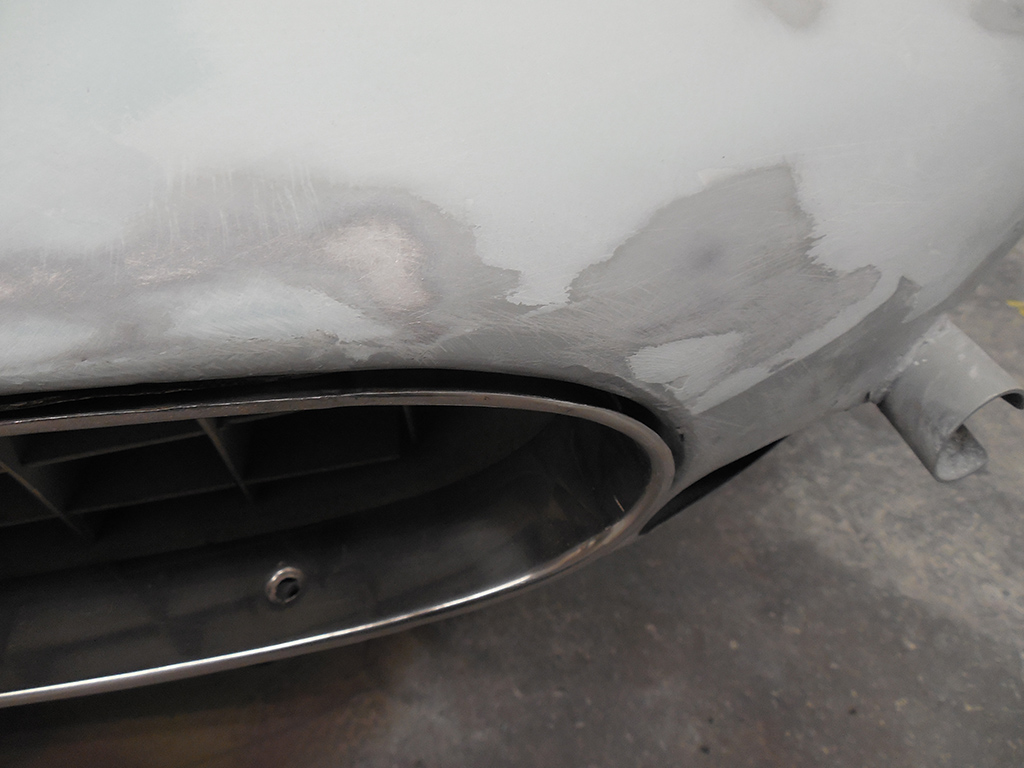 There is a rubber lip that surrounds the grille, but we checked to make sure this gap was even all the way around the opening. It looks a little wide in this picture, but it’s smaller when the bottom spacing is set correctly.

Details like this takes a ton of time to get right, and if they’re not addressed, there’s not easy solution once paint is applied. I’m always asked why it takes so long to paint a car when they’re cranking out paint jobs on TV shows so quickly. There are really three reasons for the disparity:

1. The TV shows are not spending the time it takes to do paint right, or using a ton of body filler to make up the imperfections. Body filler can cover a lot of problems in a car, and can look great when freshly painted, but will crack, shrink, and show up with problems down the road.

2. The TV shows are spending the time to do the body work right, but compressing the time into a 1 hour episode. The work you see on a car may be measured in television days, but is actually spread out over the course of actual months.

3. The TV shows are spending the time to do the bodywork and paint correctly, but working on the car day and night, just short of changing the laws of drying and curing times. This kind of rushing makes for good TV with drama and conflict when people are pushed to their breaking points, but it is no way to make a high quality product. The cost of this man power is often astronomical, and the end result is usually filled with mistakes, compromises, and many signs of a rushed product.

There are very few TV shows that follow car restoration that I watch regularly. I usually get disgusted or disappointed and stop watching. I personally know some of the stars in these shows and have met some of the others through the years. I also heard stories from my vendors that have worked with some of these shops, so I have had some “back door” insight to some of the drama. These shows are for entertainment, so I get it. They represent very little about what I do for a living, but I hope my customers and fans of this website can also tell the difference!

Television is harsh mistress. Getting a TV show will expose you to the entertainment business that is like no other environment. If successful, you’ll be surrounded by people who will worship you, and prop you up beyond your imagination. Doors will open, and opportunities will come. To keep this level of success, one will have to decide what they will compromise to sustain this level success, and the television producers that rely on your success will show you the way they think will keep people watching. Living in this world of success will ease the bad choices you made, but at the first sign of failure, many of these producers that supported you will be gone. When a show gets cancelled, the next new show has already emerged to take its place, and your previous success quickly fades.

So why do people do it? One word, MONEY! If there’s one thing I hope I’ve shown on this website, it’s that it’s WORK to get these cars restored or running. There a lot of other ways to make better money. I met a very successful actor when I used to work for David Letterman years ago, and he was asked by a producer what was the secret to his success. His answer was, “You have to learn how to make money while you sleep!” He explained actors have to work to make money, but big money comes in collecting money without working, as in endorsements, royalties, and branding. This is why people are so desperate to “get into TV,” and it’s no different for the proliferation of car shows. It’s a deal with the devil, and I wish them all the luck in surviving that hell. 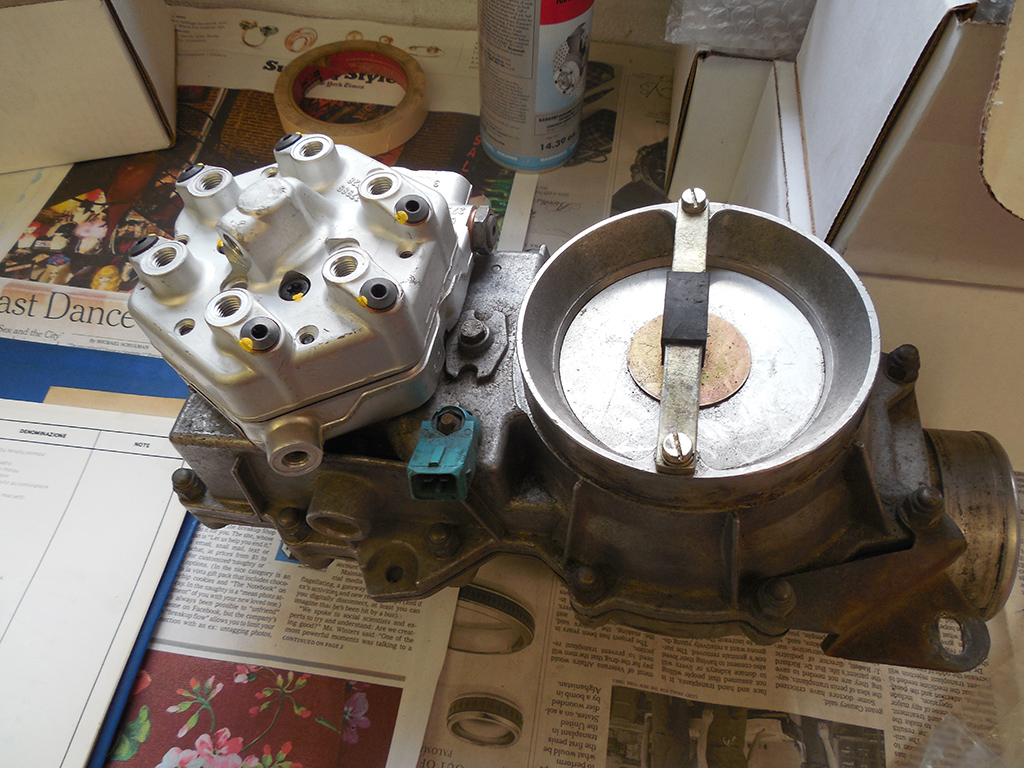 Enough looking at other shows, I had my own nightmare to deal with! We have a Ferrari Boxer 512BBi at the shop that had its Bosch injection pump go bad. The CIS injection unit was pulled and sent out for rebuilding, and after several months of waiting, it finally came back rebuilt and ready to put back in the car. Have I mentioned I hate working on Boxers? 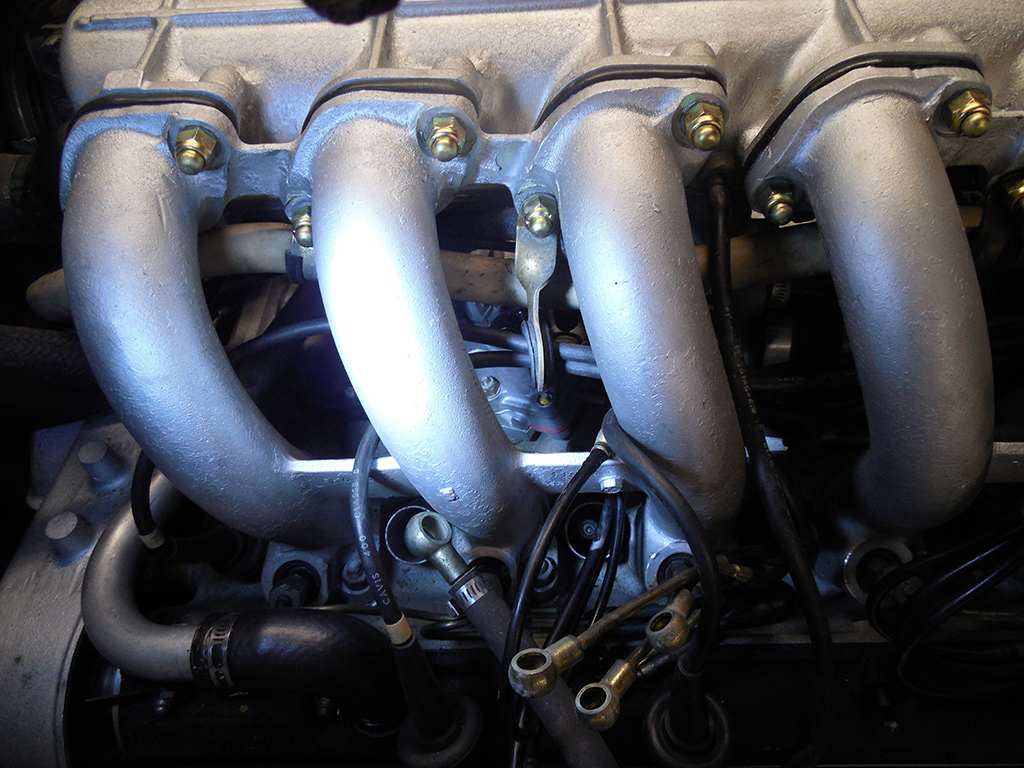 Getting the injector unit that fits under the intake runners is especially trying. These units were obviously installed first before the intakes were installed, but taking all the intake plumbing out to install these units would have take even more time. Instead, I suffered through cramped hands, lost washers, and several attempts to get all the parts and fuel lines installed. What a pain in the butt!