Working with my Vendors 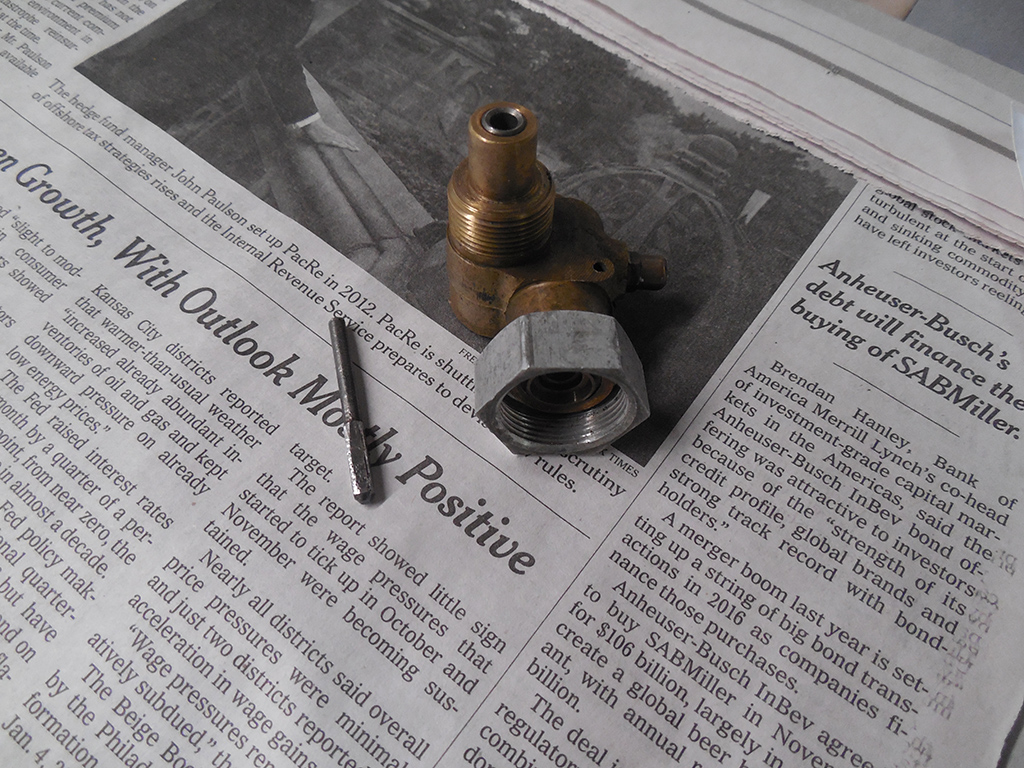 I rely on a long list of specialists to maintain and restore Vintage Ferraris. Some items can be fixed in house, but sometimes it’s better to send it to the the specialists. One item was in an angle drive for the speedometer cable. Vintage Ferraris have right angle drives for both the speedometer and tachometers and one of them on a 330 had a broken drive shaft. These angle drive mechanism are now available in reproduction, but are extremely expensive, so having this one repaired was worth a try.

I called ODD Parts to see if Jim Simpson had ever repaired one, and he confirmed he was familiar with my problem, and would probably have a fix. I’ll know in a few days once he gets it in his hands what can be done. 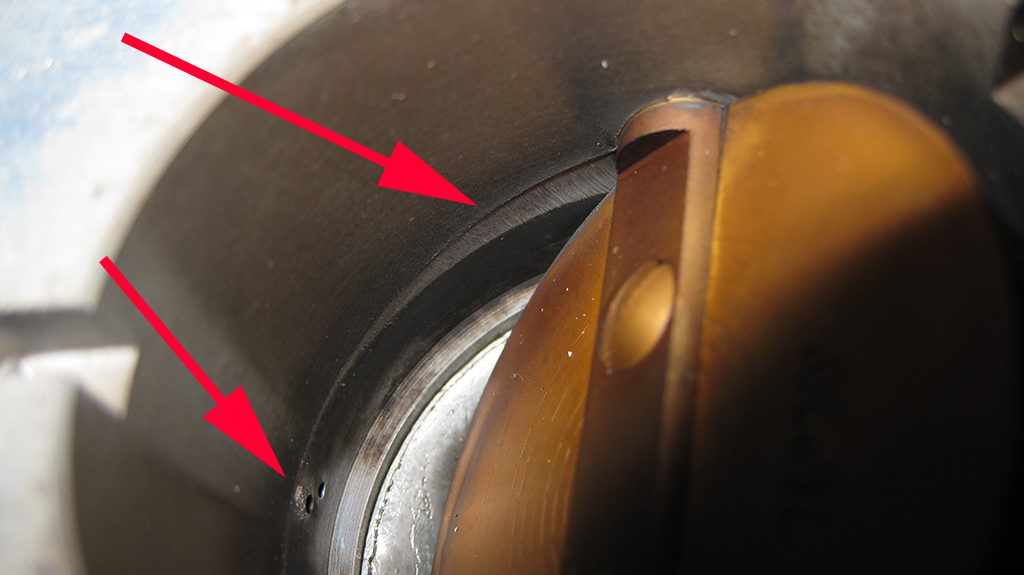 Carburetors are another problem when they wear out beyond normal servicing. We disassemble, clean, and tune carburetors all the time at the shop, but occasionally, we will get a set of carbs that just don’t want to run right. Pierce Manifold specializes in refurbishing old carburetors, so it was decided to send a set of Weber DCZ/6s to Pierce to work his magic.

After receiving the Mike Pierce inspected them and sent me diagnosis and estimate for repairs. It turned out the throttle plates wore a deep groove in the body of one of the carburetors! No wonder we couldn’t get this car to idle right. Boring and honing this groove out, installing new throttle shafts, and restoring the flatness of the baseplates will take some time and was described in his work order. Once the groove is removed, he’ll have to restore these two progression holes that allow fuel into the carb at idle. 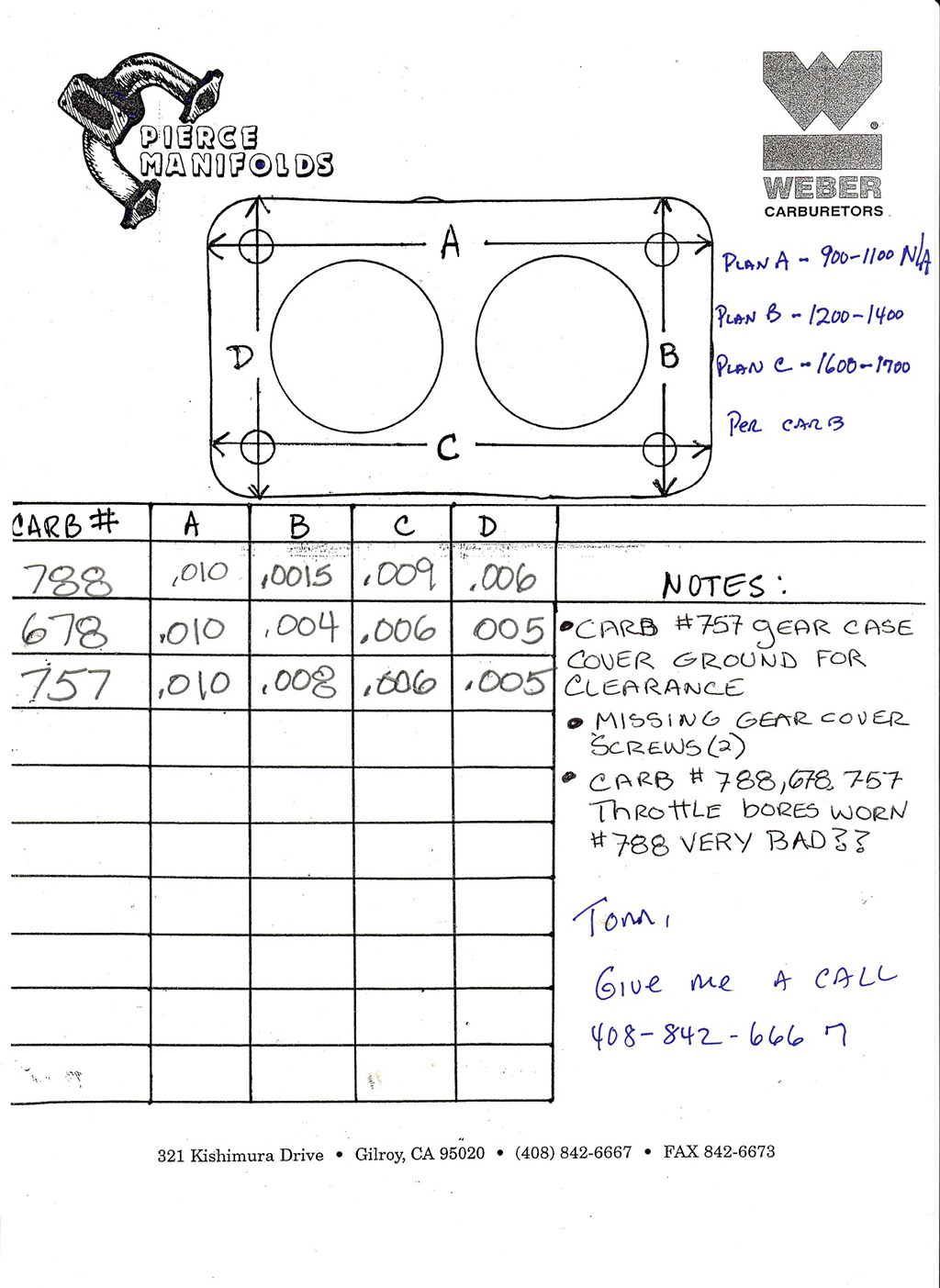 The warpage is described in thousandths of an inch, and the estimates for the cost of repairs is shown as Plan A, B, and C. Which one we end up paying will all depend on the results and the necessity to put more time and machining into the project. Mike will send me some pictures of the process, and I’m looking forward to seeing them, along with the final results!