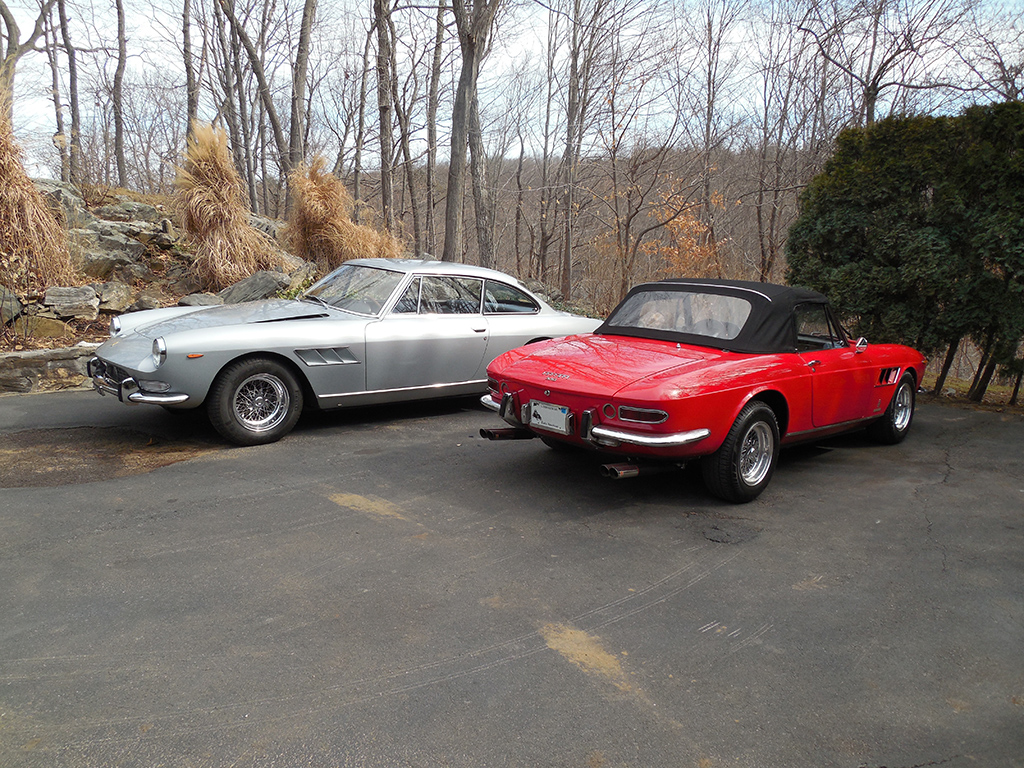 I managed to finish two 330s and ready them to send home. I have a bunch of cars waiting to come into the shop, but can’t bring another car in until some of these cars go out! As busy as I sound, I’m am often frustrated with the waiting to send cars out before I can bring in another car to do more work! I have colleagues that own big shops with lots of square footage to store cars for clients as they come and go, but that overhead isn’t often covered by the squatters. It’s always a balance of covering the logistics of moving cars in and out, or paying for more storage space. 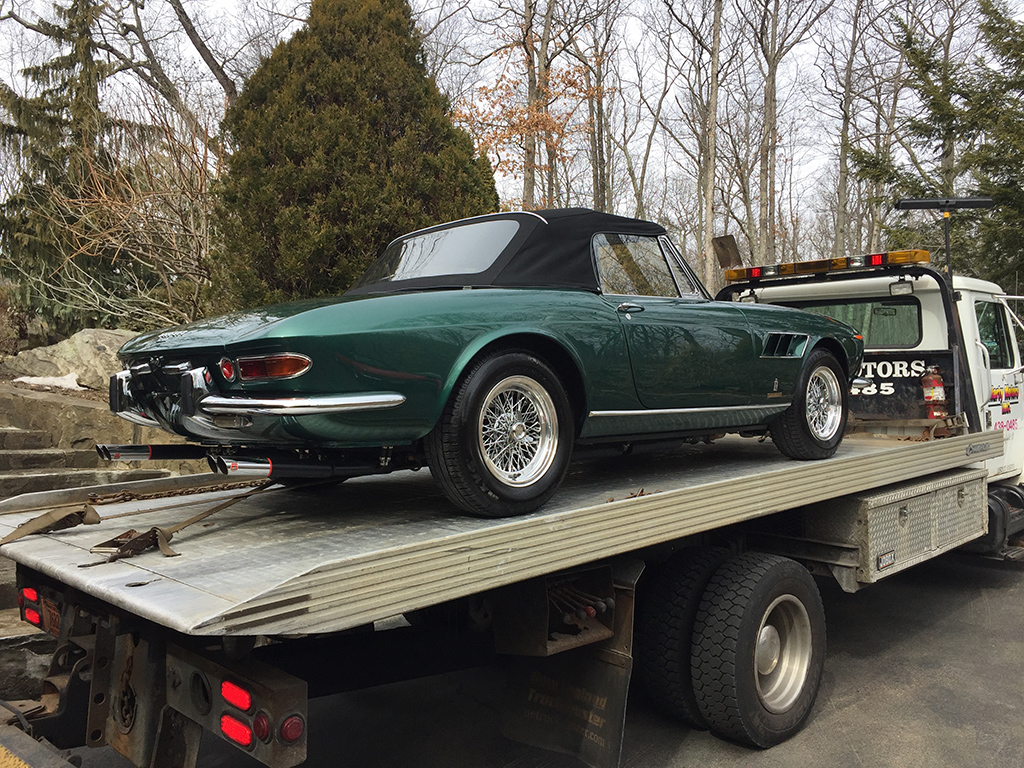 I managed to clear enough space to bring in another Ferrari into the shop. Out went one 330GTS and in came another 330GTS. Considering about 100 of these cars were originally made, it was rare to have two of them in our shop at the same time!  Despite the short production time and low model numbers, there were still differences between the two cars. This again brings me to wonder how the Concours Judges will be able to judge these cars on a 100 point scale with a three point margin for Platinum? Ooops, sorry, there I go again! I’ll stick to making these into what they were meant to do, Driven!…and not just off the trailer and onto the sh0w field! 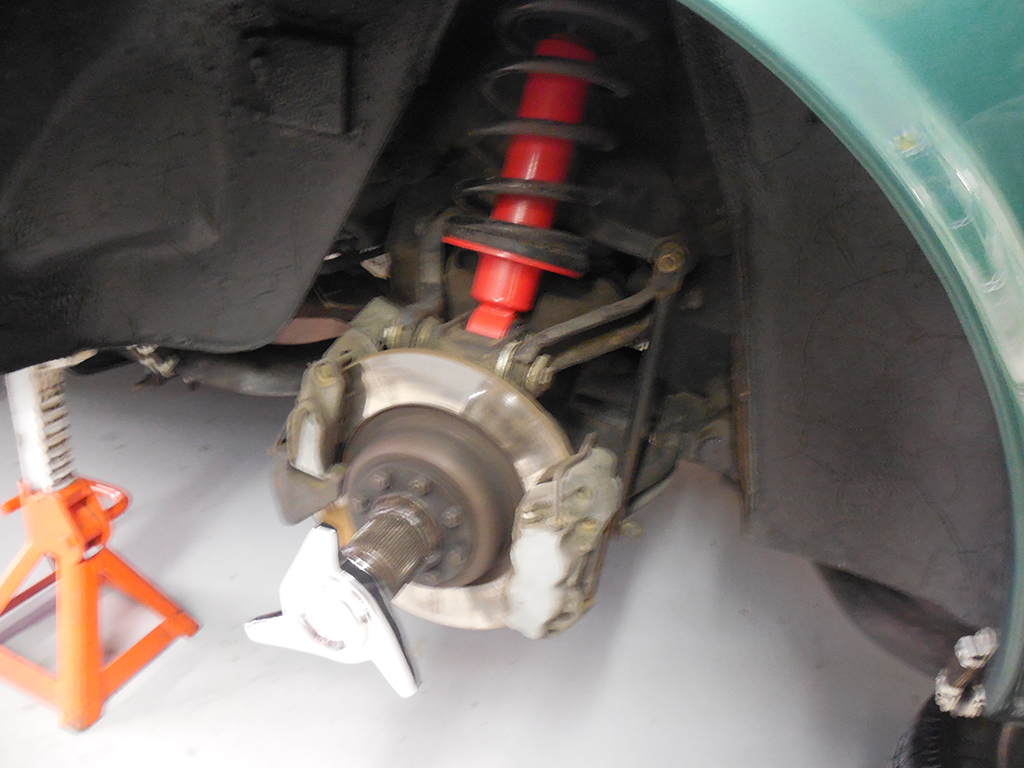 All the rubber bushings on this 330GTS were old and worn and needed replacing so I got to the task of disassembling the suspension. (Sorry about the blurry picture. Too much coffee!) 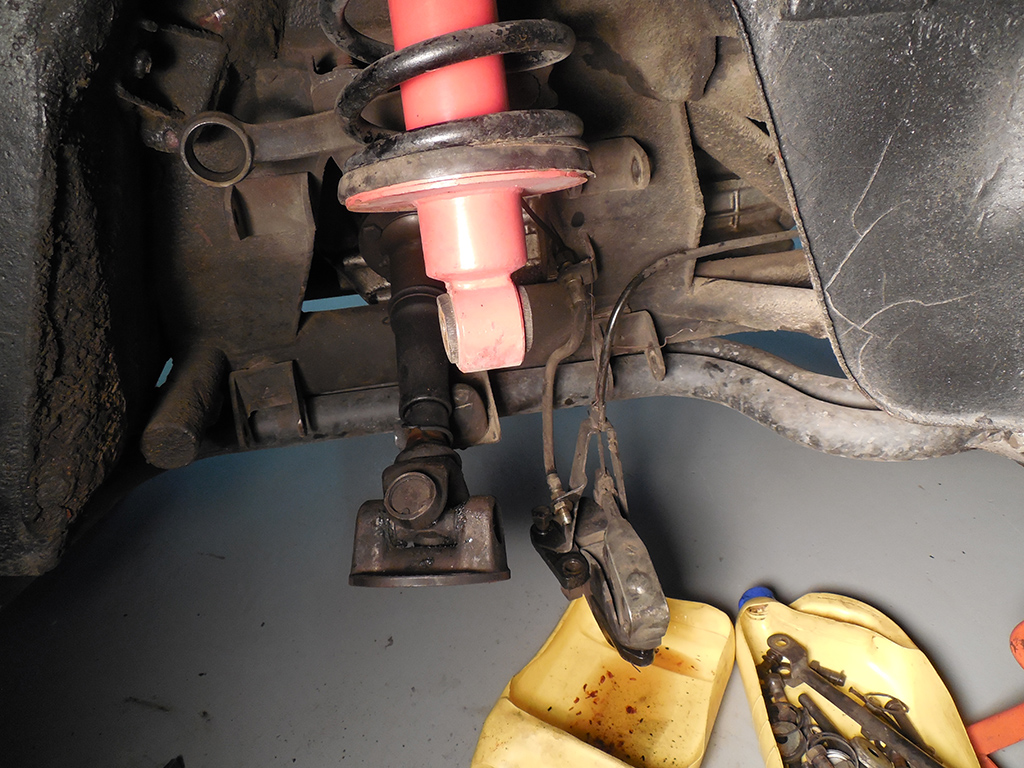 I disconnected the half shaft, hung the parking brake mechanism out of the way, and pulled the rear brake caliper. We discussed with the owner how far we wanted to take this suspension rebuild, and it was decided to make everything mechanically sound, but not to worry too much about the plating. The suspension showed some dirt and road grime, but I felt it could clean up nicely without going crazy. With the spring driving season fast approaching, my goal was to turn this car around as soon as possible! 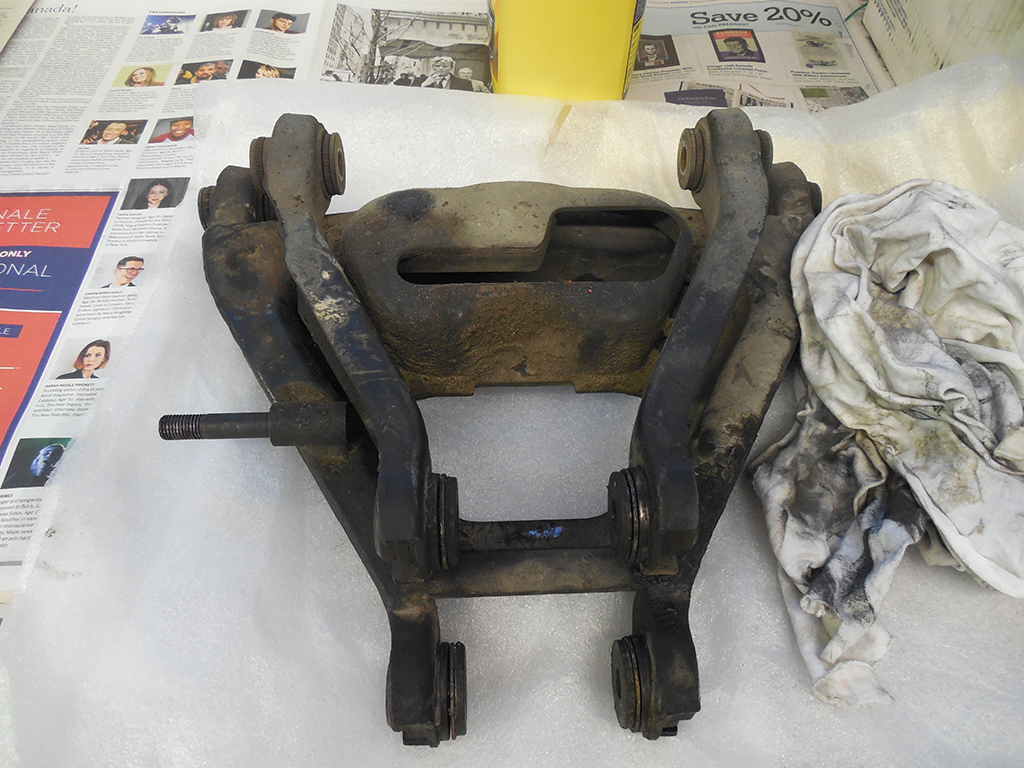 The rear suspension arms were quickly dropped out of the car and inspected. On a 330GTC/S, the rear control arms have rubber pivot bushings that are pressed into place and tack welded in place with two welds at the factory, and we’ll do the same with the replacement bushings. 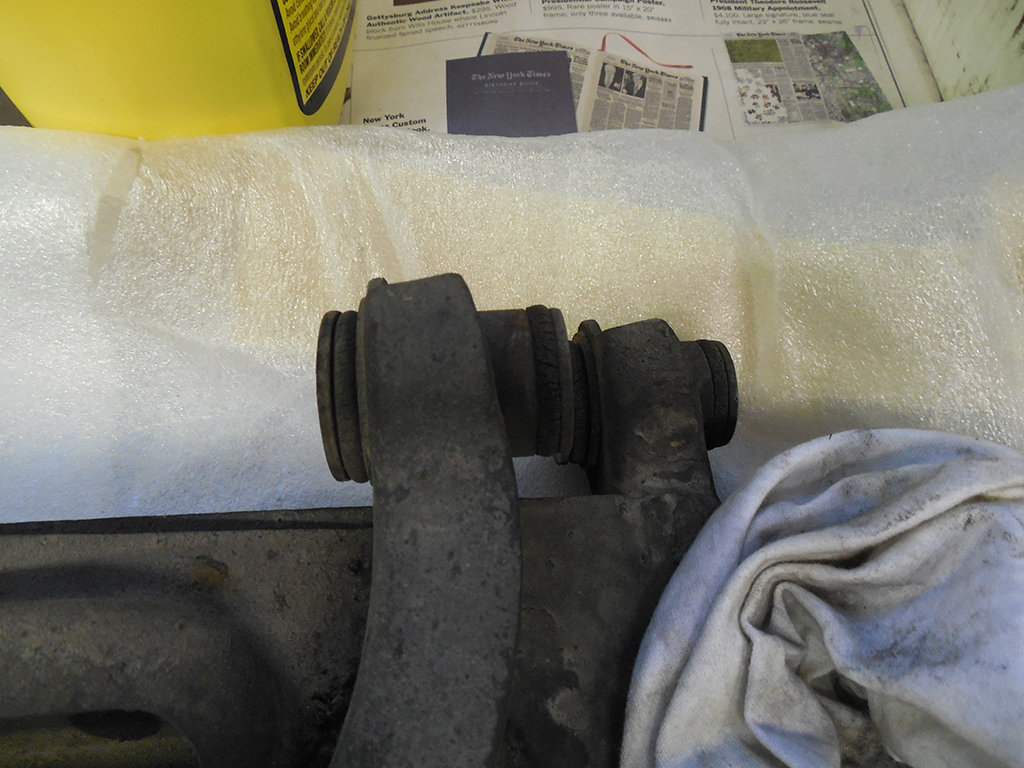 When I first inspected this car for the owner, I noticed the worn bushings and suggested rebuilding the suspension, but when I had the suspension arms on the workbench I found a little more. One of the rubber bushings had broken its spot weld to the control arm and was rattling a little in its mount. I won’t take credit for spotting this, but perhaps this was the slight wiggle I felt in the suspension on my first test drive. Whatever the case, I’d rather be lucky than good, and am glad we caught this now. Left alone, this bushing would have wallowed out the control arm and made the repair more involved.