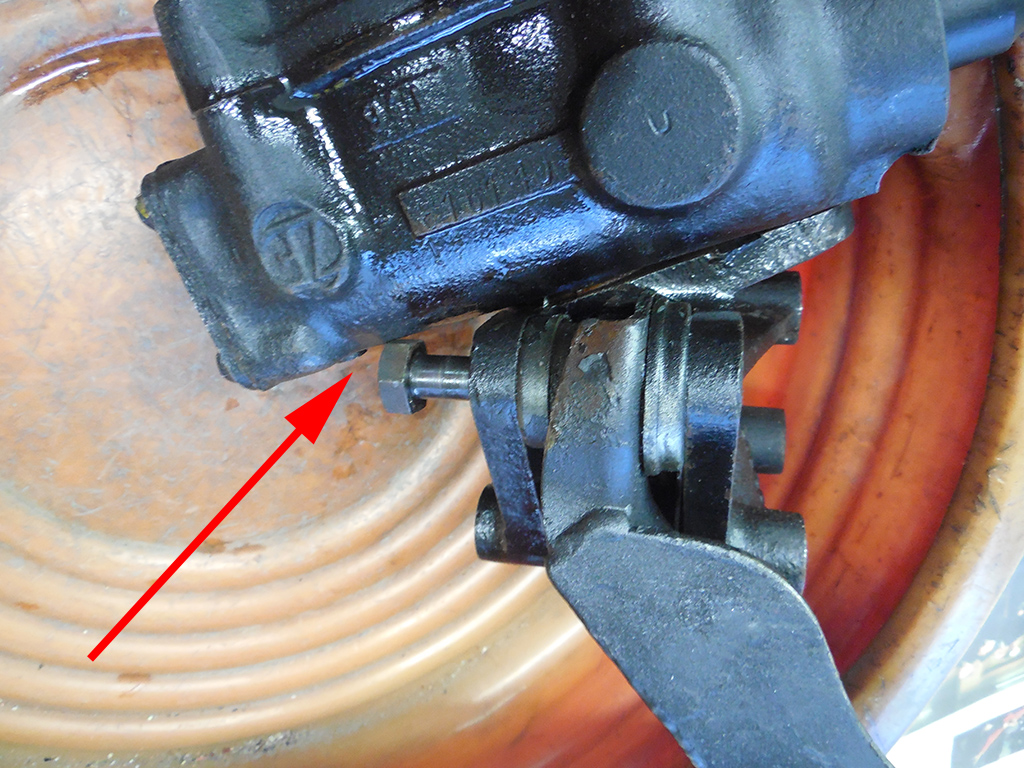 The work on the suspension on the 330GTS continued this week, but it was slowed down by a real stupid bolt! Some Ferraris like this 330GTS has a ZF steering box that is part of the mounting point for the front suspension, and the way the left upper control arm bolts to the steering box, it’s impossible to remove the bolt without first moving the steering box! 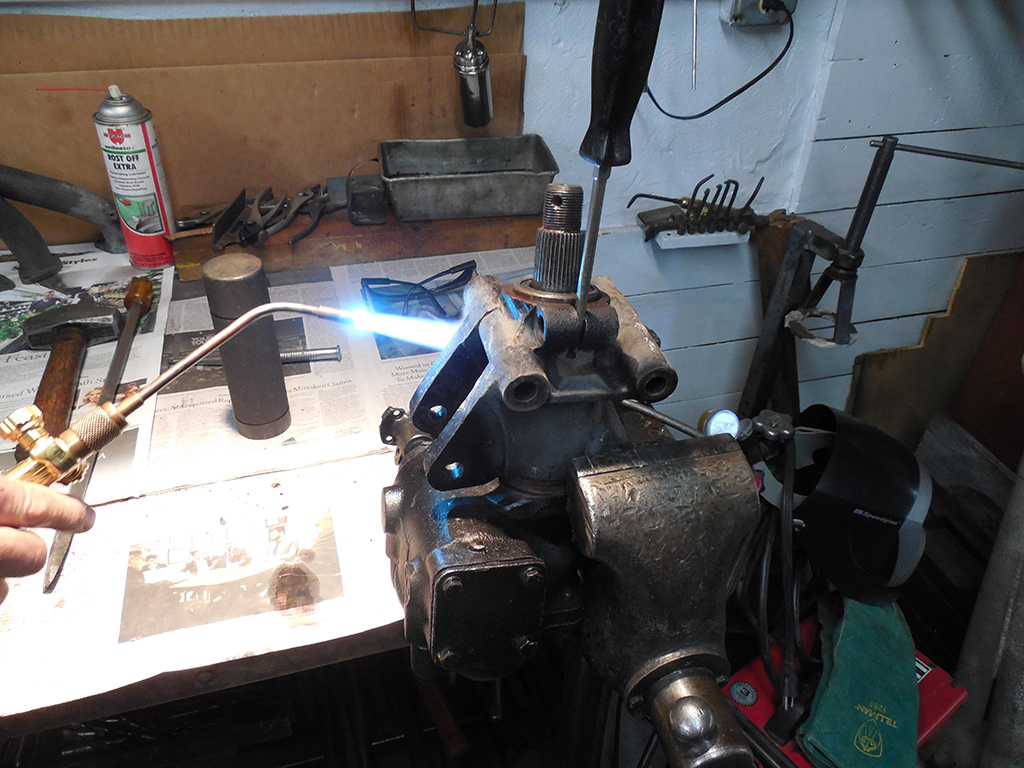 To make a fiddly job even harder, these parts are usually rusted together! The steering box shaft is held in place by a large cast iron bracket that makes up part of the suspension mounting point. When this steering box was first mounted at the factory almost 50 years ago, no grease or anti-seize was applied to the bare steel parts, so any amount of moisture would fuse the steering box firmly to the cast iron bracket! Lots of heat, penetrating oil, and careful pressure eventually got the parts to move apart. 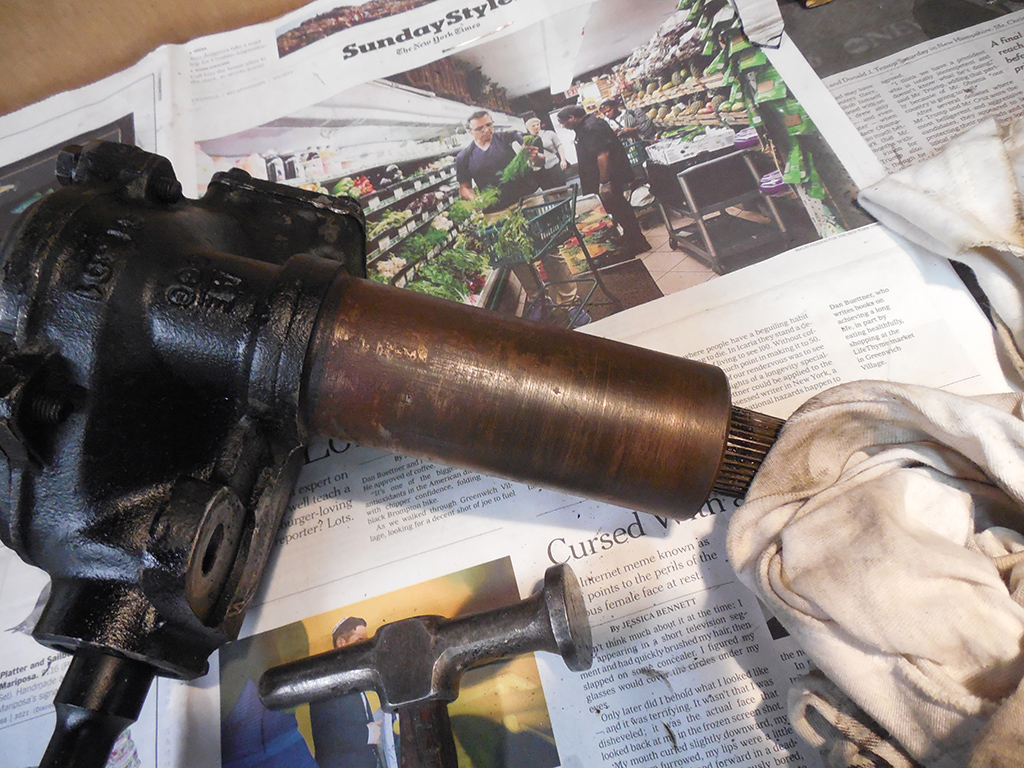 We cleaned out the rust and made sure we assembled the steering box with plenty of grease. Although Francois and I may be long gone when this suspension has to be rebuilt again, whoever has to take this steering box out again will be thanking us for the courtesy of greasing the parts! 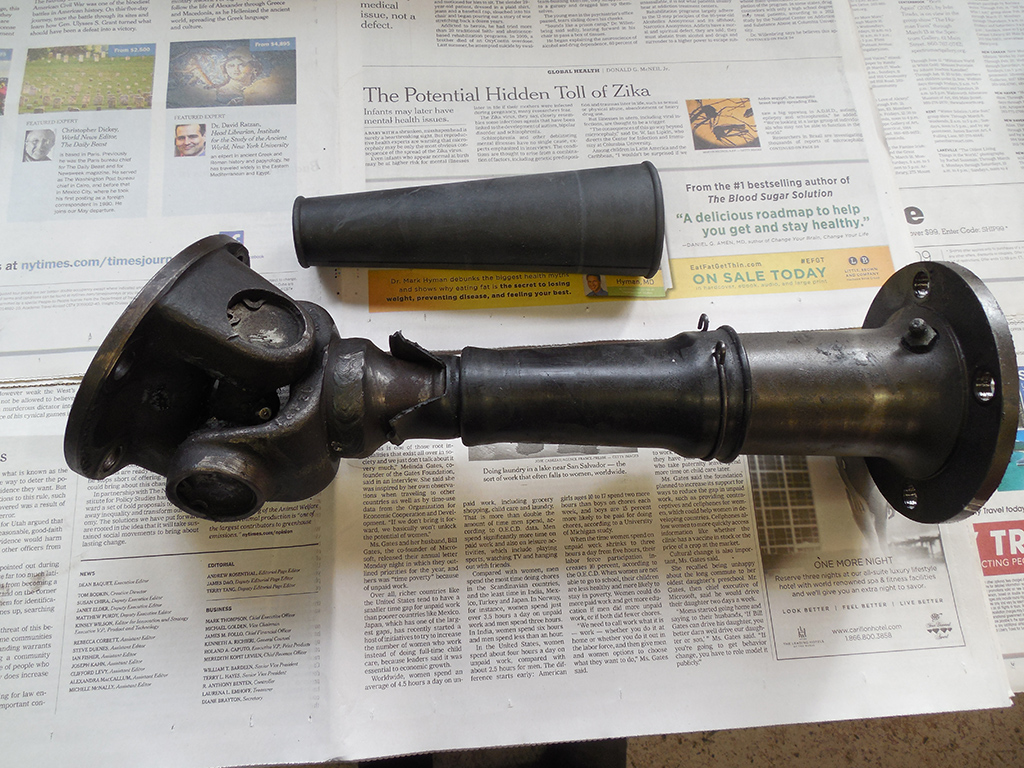 An easier part of this suspension rebuild was to replace a half shaft booth that had split. Even though the half shaft had to be disassembled, 36 ball bearings collected, cleaned, greased, and reassembled, it was still easier than pulling apart stuck suspension parts! 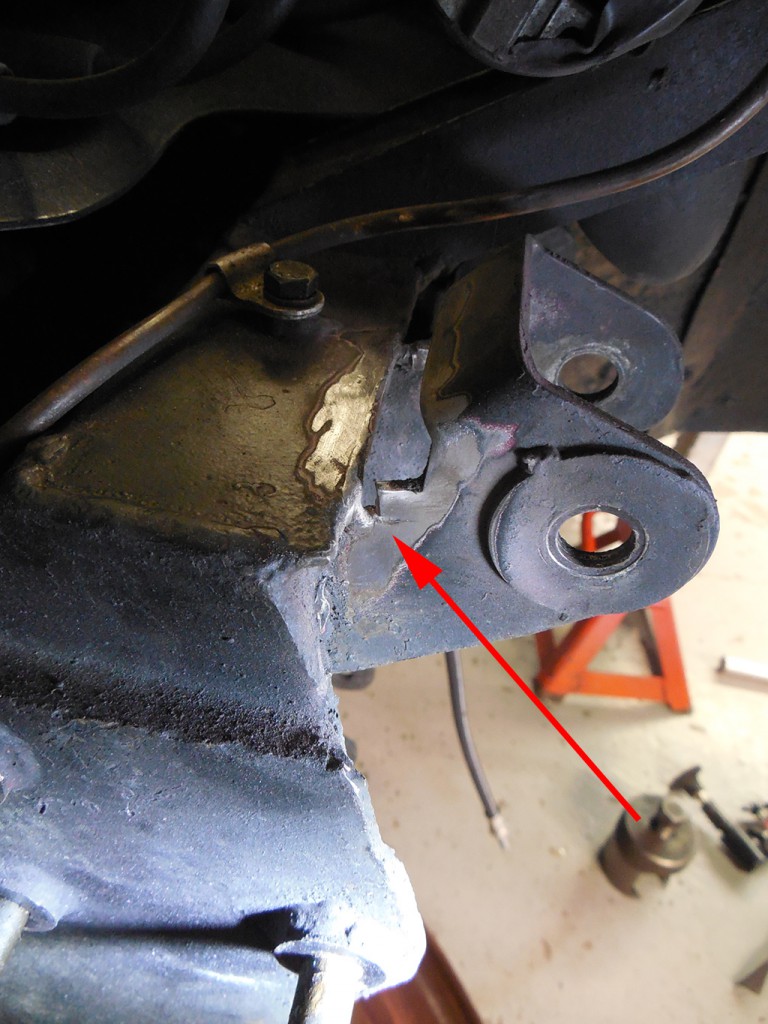 With the suspension parts out of the way, I prepped the front shock tower mounts for welding in the reinforcement plates. I found a misaligned bracket incorrectly welded at the factory. This bracket should have been pushed closer to the frame before it was welded in place. I’m surprised this little notch didn’t cause a stress riser to form and crack in an already vulnerable area. In fact with a closer look, it almost looks like it was cracking! With the new plate and welding, this area will be a lot safer.