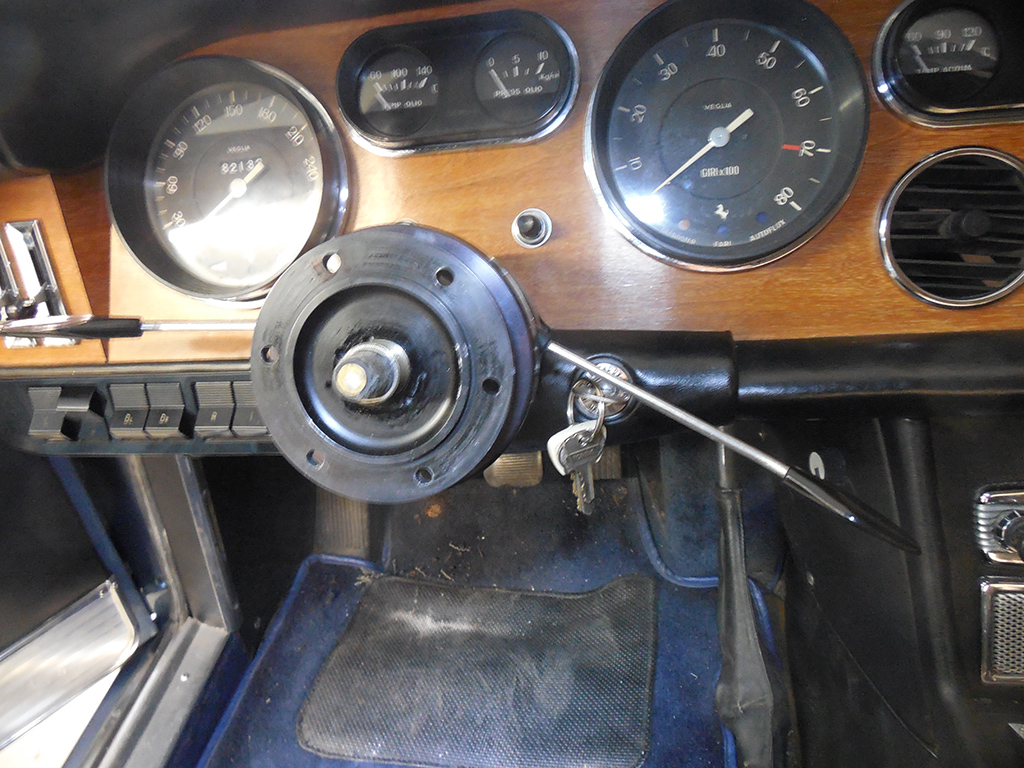 Work continued on the blue 330GT 2+2. There was a list of things the owner wanted me to look at and one of them was this droopy windshield wiper stalk. Fixing broken stalks in these cars is rarely easy because they were made of a fragile plastic that falls apart in your hands! Repairs usually require I remove the whole unit from inside the steering column and sending it out to a specialist to repair the broken pieces. All the stalks are part of a switch assembly that requires unplugging all the wires from a multi-pin connector that has to be done laying under the dash working upside down! Not fun. 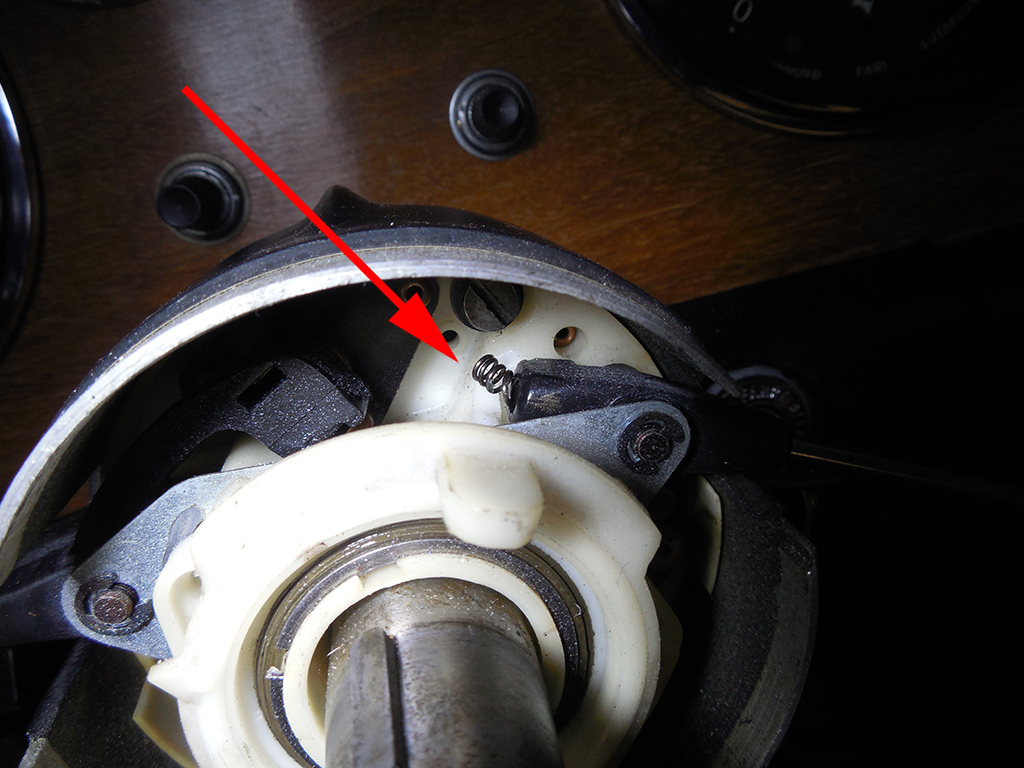 After removing the steering wheel and hub, I immediately found the problem when I saw this bent spring waving for my attention. Normally, this spring sits at the end of the stalk with a ball bearing captured at its end to give the stalks  detent positions, but the ball was missing, the spring was out of positions, and a piece of plastic was broken off. 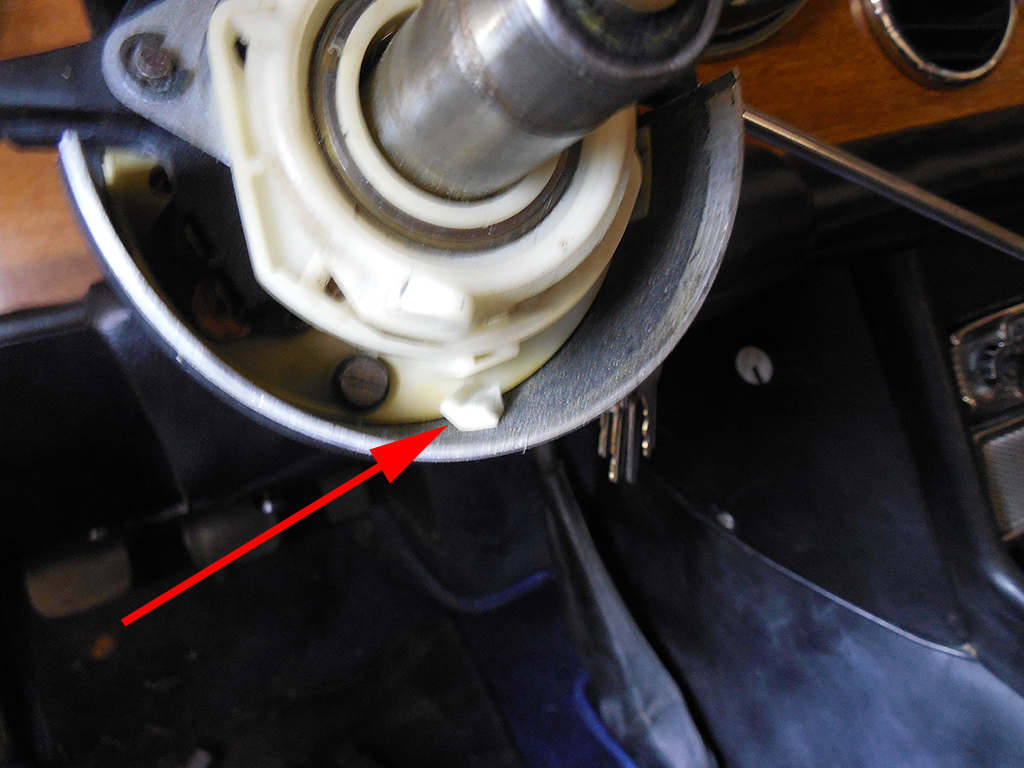 Luckily, sitting on the bottom of the steering column was the missing piece, but now I have to figure out a way to fix this thing! I could take the switch out of the steering column, but after looking under the dash, I could see a previous owner tapped into some of the wires associated with the steering column, so an already difficult job of disconnecting the little wires from a a multi pin plug was made more tedious by having to tag and label even more wires! I may be able to fix the switch in place, which would be a preferable option, but we’ll see. 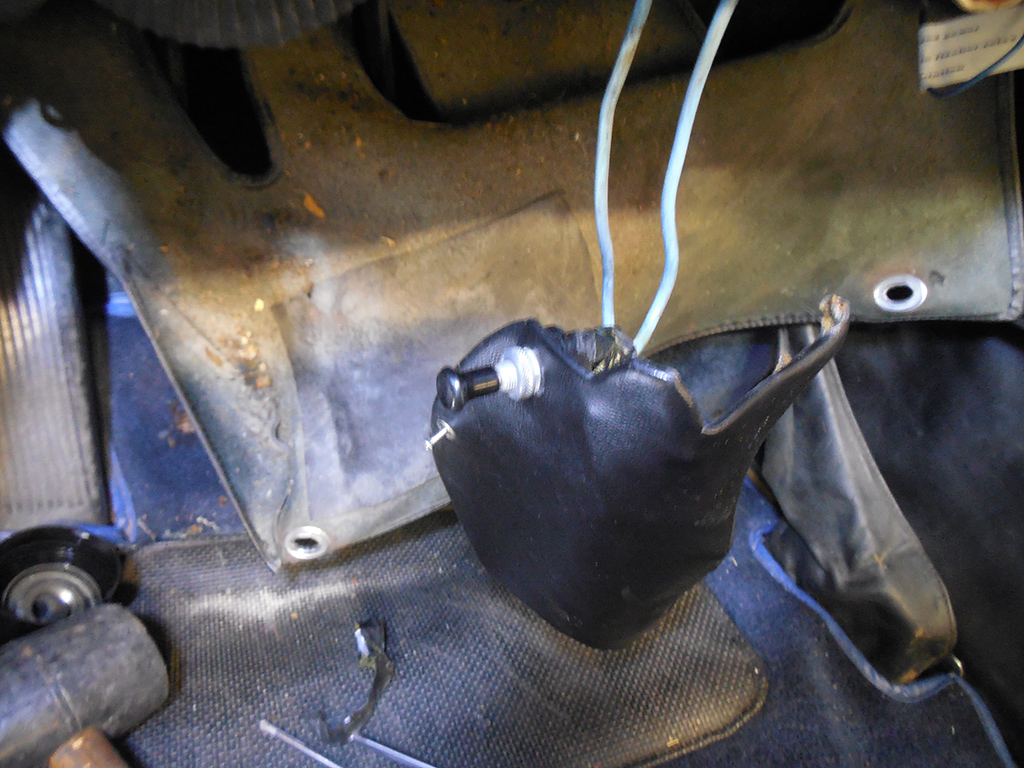 I had a bunch of other issues to deal with inside the car, and one of them was to sort out some of the wiring. There were a bunch of little extra switches a previous owner had added and I needed to figure out what they were for, and decide whether they were still needed. I found this switch may have operated the cooling fans at one point, but were now disconnected. I pulled the extraneous wires to try and clean up the mess under the dash. 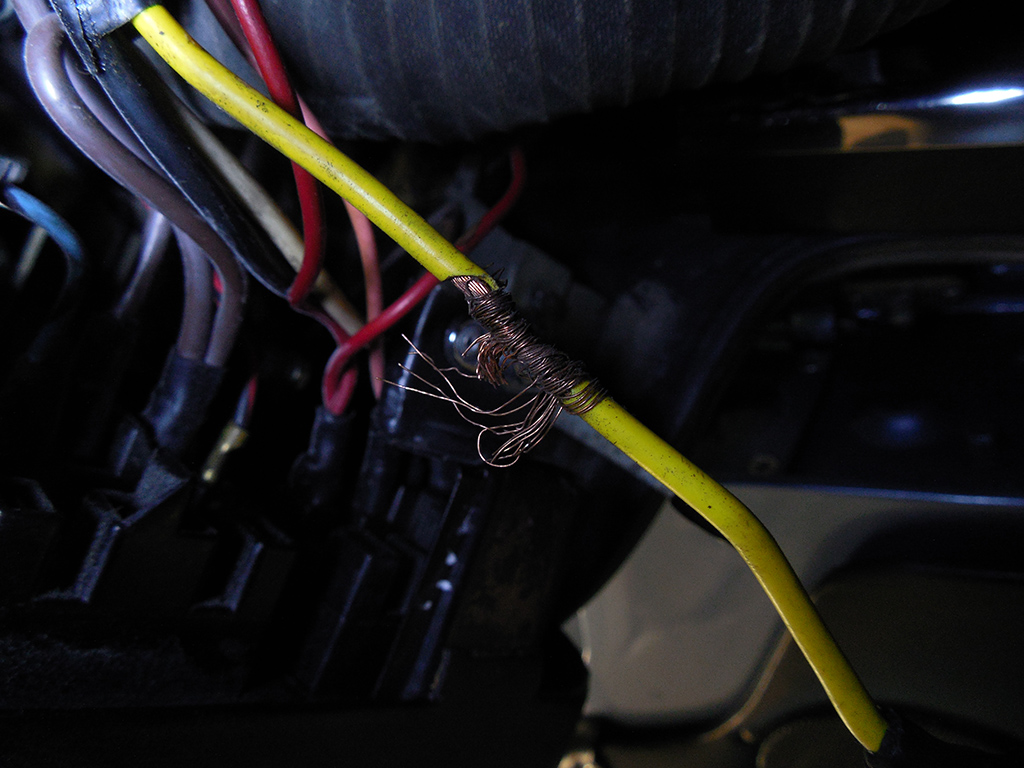 There were also some sloppy splices that were no longer needed, so I cleaned some of this up as well. 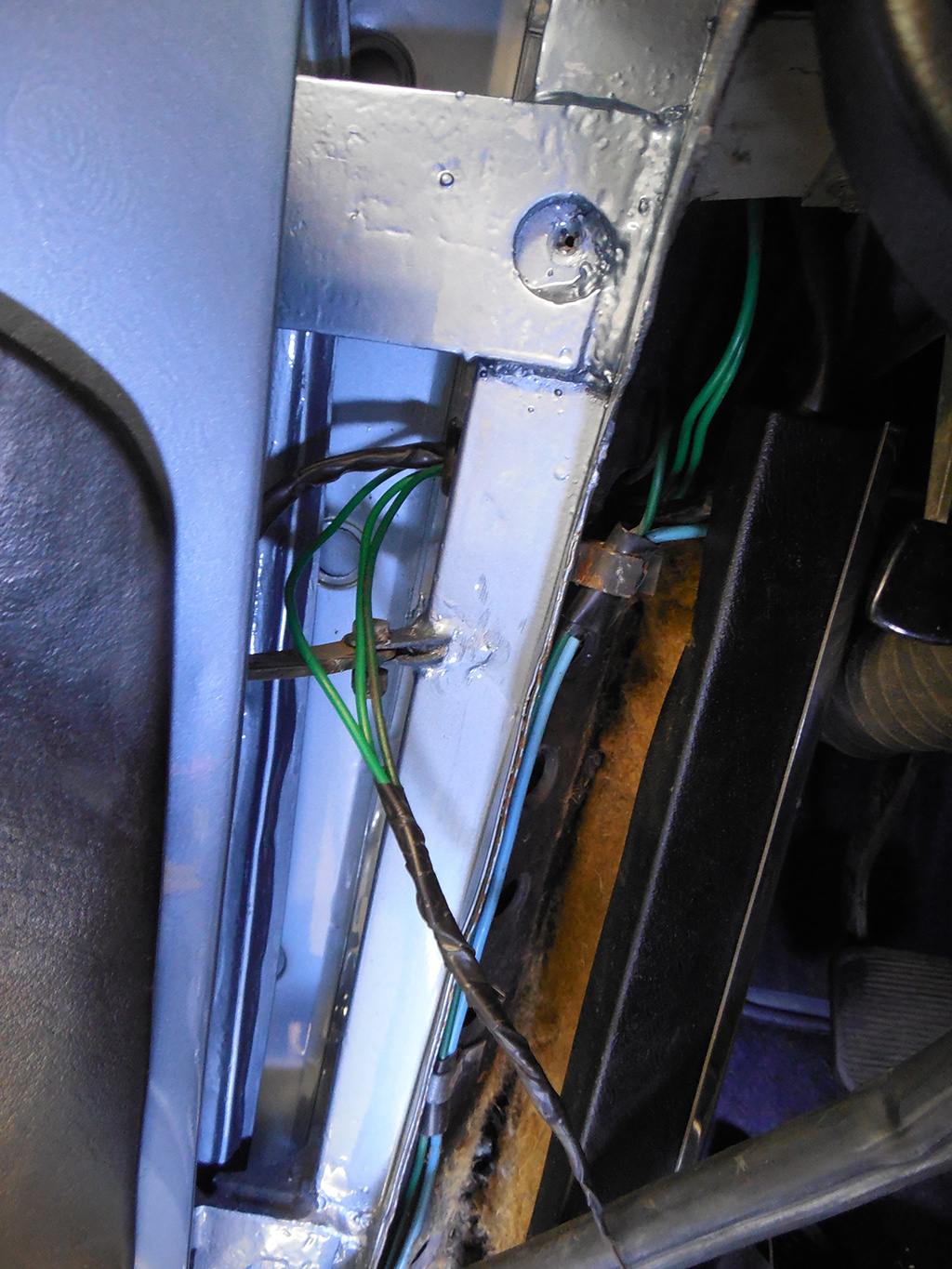 Another item on the list was to figure out why the interior lights weren’t working when the door was opened. After taking a peek inside the door jambs, I soon found the problem. This car had recently been painted, and whoever reassembled the car forgot to fish the door switch wires through the door jambs. This difficult task was left to me if we wanted working door lights, so I gave it my best shot. 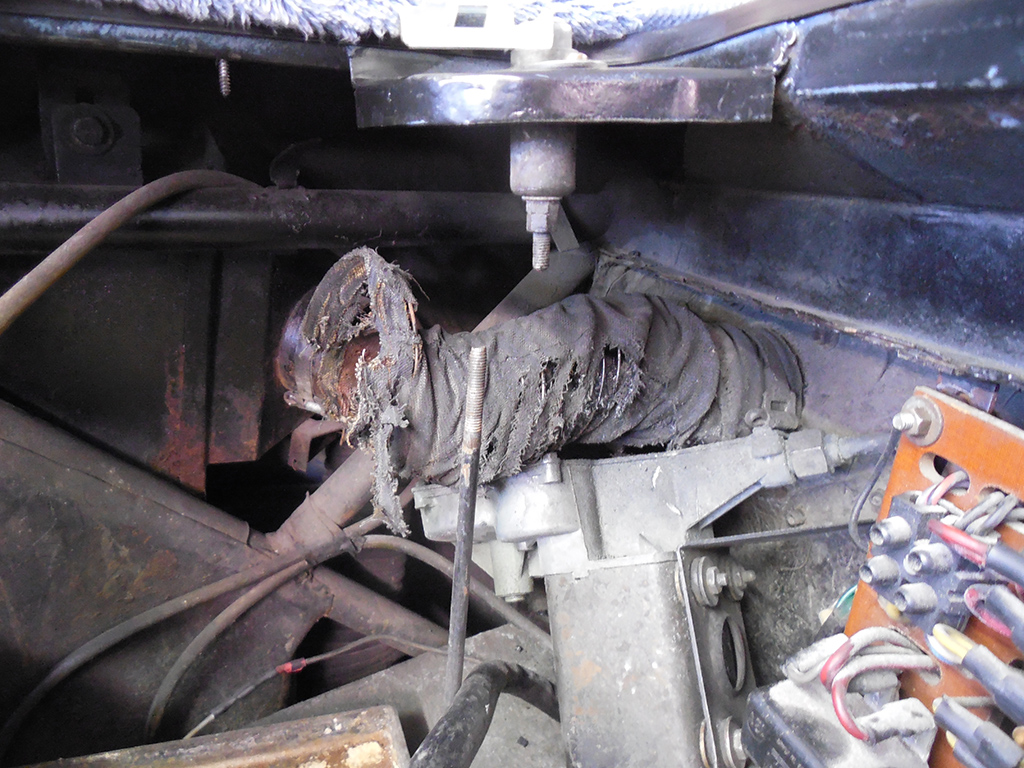 The lack of heat was also a concern, so I worked on getting the fresh air motors working, but I also found a completely disintegrated vent hose that definitely would have prevented the forced air of the ventilation motors to reach the passenger compartment!

I’m very excited to do this again, and look forward to see old and new friends at this annual event. Richard Garre and I have hosted this car show to celebrate all types of machinery, focusing on Italian Cars. There’s parking for about 100 cars and we will always try to accommodate late comers, but if you want a guaranteed  spot call Richard to preregister!