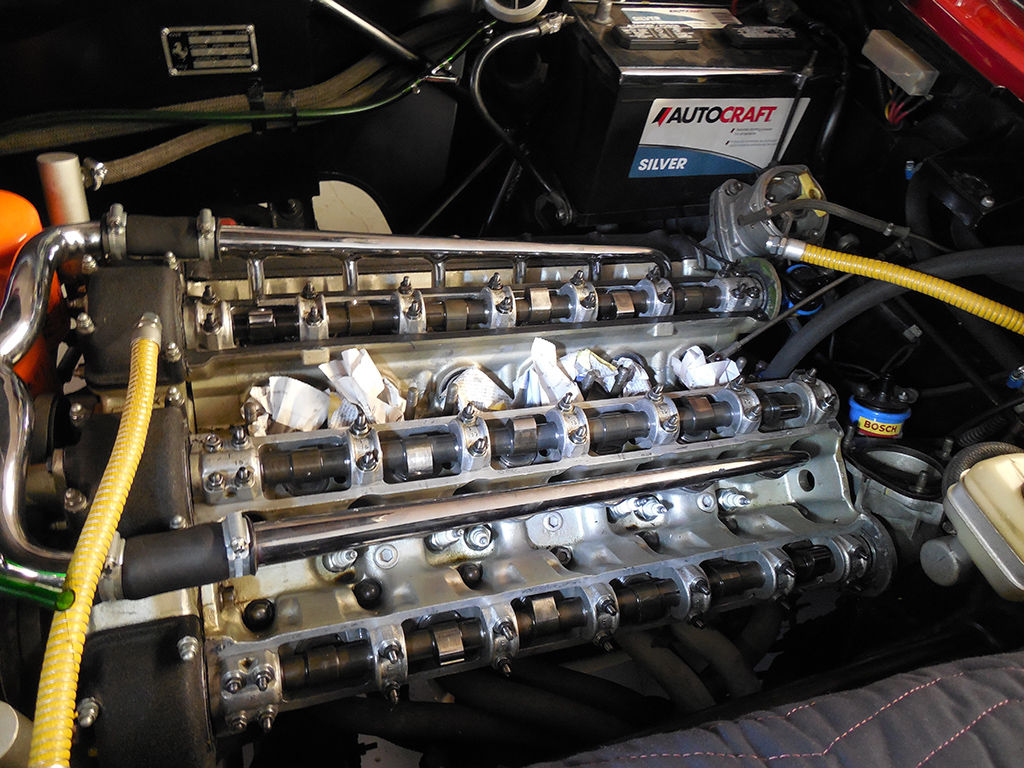 I have a 275GTB 4 cam at the shop that was leaking a lot of oil from the valve cover gaskets. Since the cam covers had to come off anyway, I went ahead and checked the valve lash. Four cam engines are a little more complicated to adjust the valves compared to the 2 cam Ferraris, but at least the camshaft can stay in place unlike Jaguars of the same era! 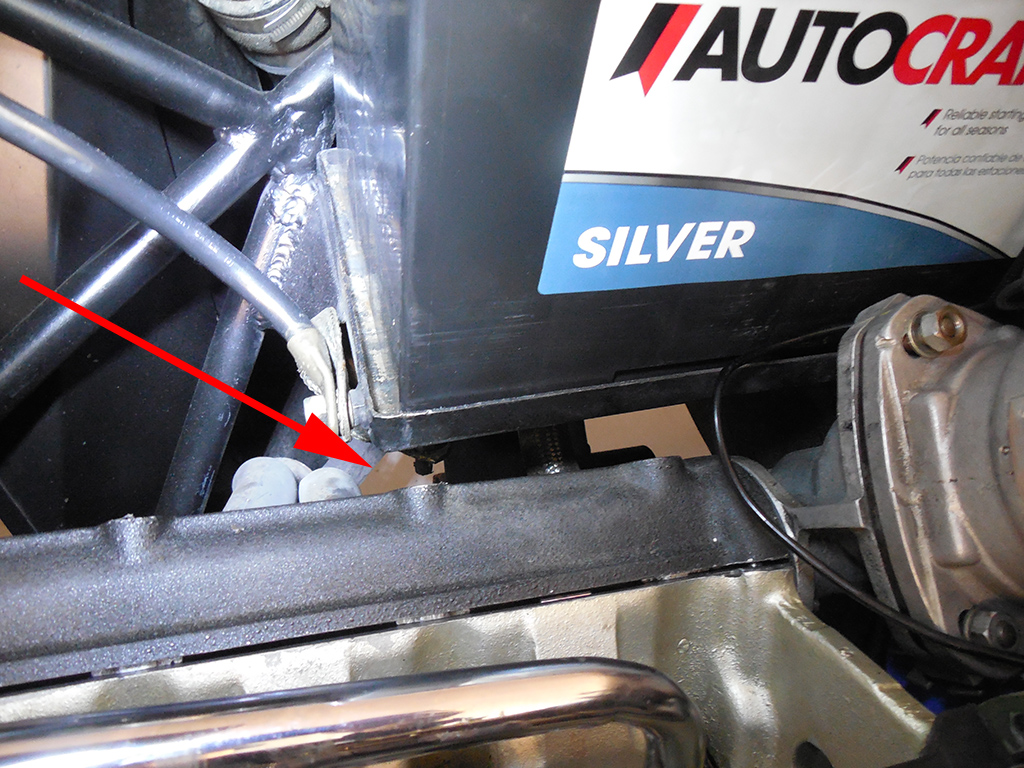 The little quirk of the this 275GTB/4 was the right side exhaust cam cover would not clear the camshaft before knocking into the battery tray. The only solution was to remove the battery and loosen the battery tray to allow the cam cover to come off. Silly. I wonder if other cars were like this, or did someone weld the battery tray on this car a little too close to the engine when it was built? 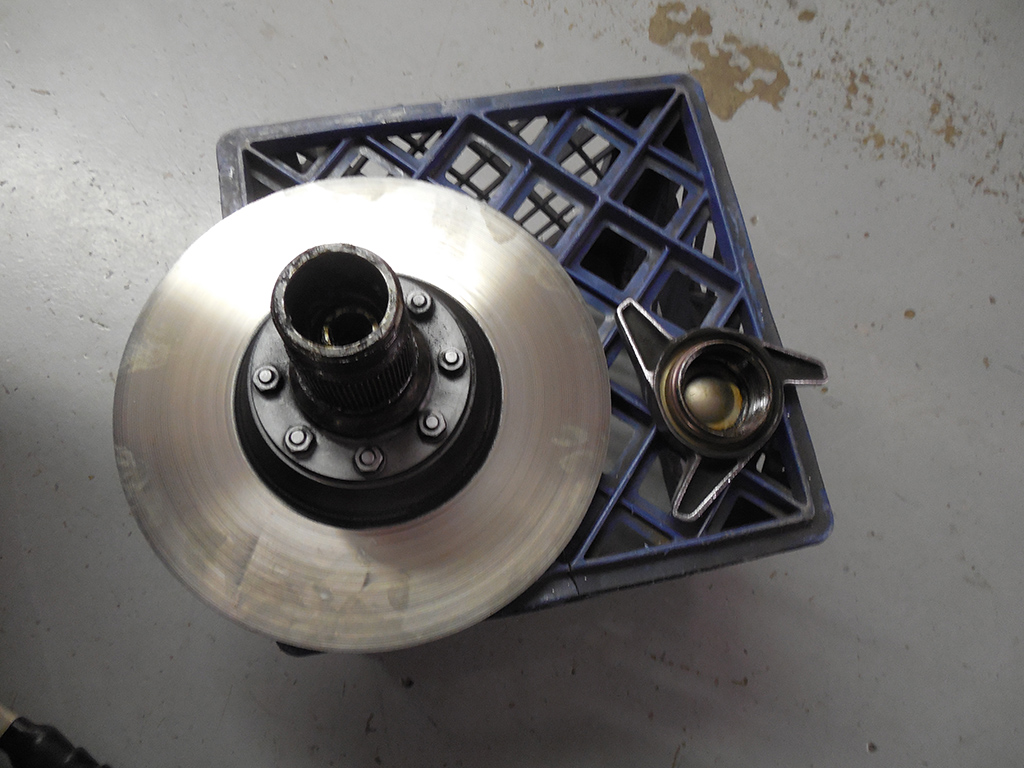 Besides the oil leaks, this car came in with a concern the owner had with a noise coming from the right front wheel. He originally thought it was grinding noise coming from the brakes, and from the color of the brake fluid, I thought it might be a seized caliper, but I didn’t find any seized calipers. I called to have him describe the problem again. “It was a grinding noise that would get worse the more I drove it, and when I got back to the garage, that wheel would be hotter than the others…”

I grabbed the right front wheel and felt a little play in the wheel hub. I took the caliper off, unscrewed the axle nut, and found the culprit: A bad outer wheel bearing starting to come apart. With the owners astute observations, and gut feeling to stop driving the car, saved him from further damaging the front wheel assembly. 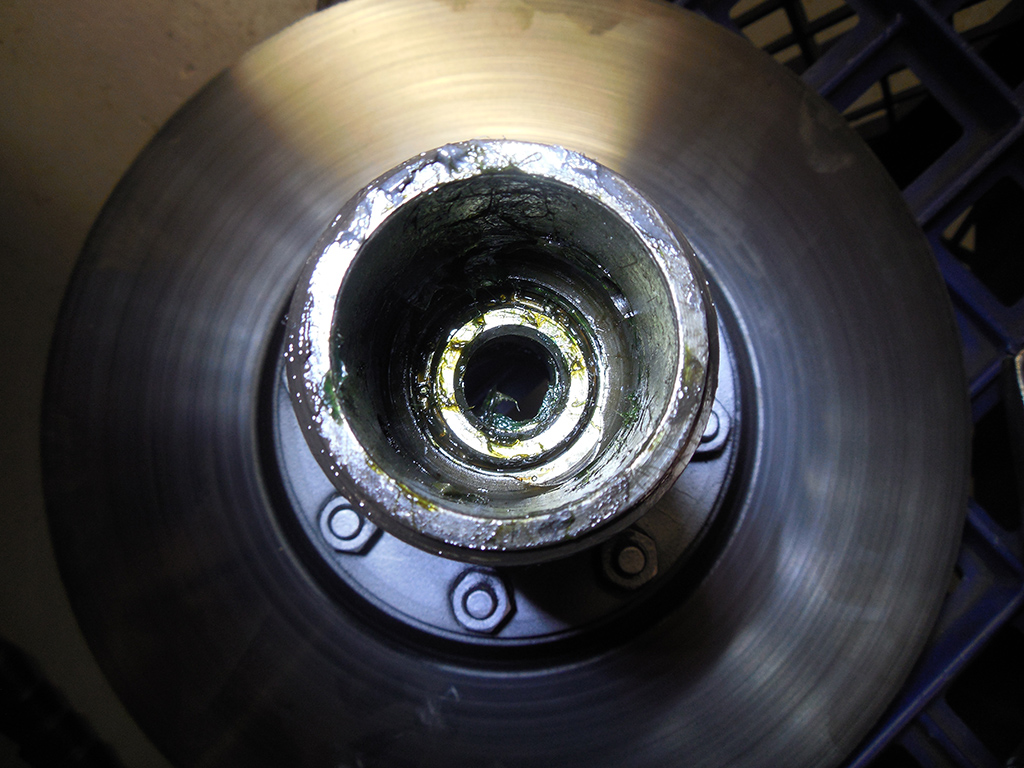 The outer bearing cage had come loose, and was floating behind the washer and stub axle nut. The bearings were not being held in perfect alignment, and if given enough play, would have eventually blown apart or jammed inside the hub. Despite the extra heat described by owner, the grease had yet to burn up. I’ve seen hubs come apart where the grease had turned black and burned!