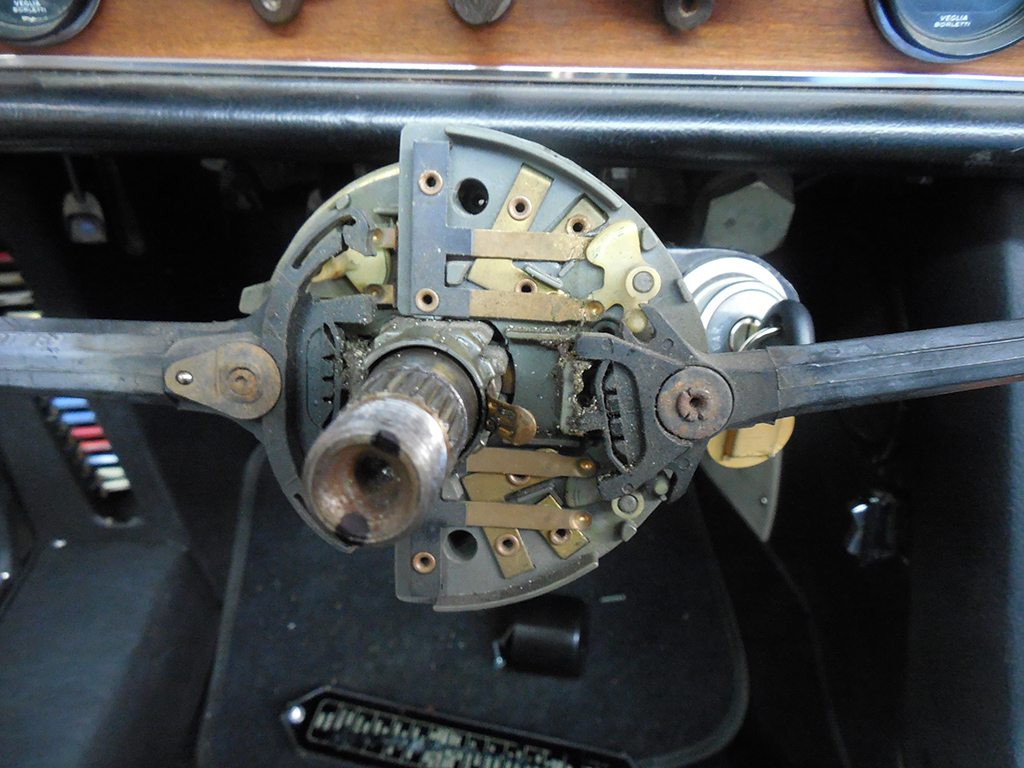 Between our electrical guru, and myself, we figured out what was wrong with the windshield wipers on the FIAT Dino. There are five parts to the wiper system, the switch, the relay, the intermittent switch, the washer pump switch, and the wiper motor. After deciphering the FIAT wiring diagram, we checked each component to see if it worked as it was described in the diagram. Eventually, we concluded the wiper switch and the wiper motor were broken.

My electrician theorized this was the sequence of events that caused the system to fail. The wiper motor seized due to bad windings,  old age, corrosion, or non use. Failing to move the wipers, the switch may have been left in an “on” position. With current flowing to the wiper motor, but with no action, the switch heated up and melted the the little plastic parts inside the switch. Why didn’t the fuse blow first? Maybe it did, but only after the wires got hot enough inside the switch to do its damage! 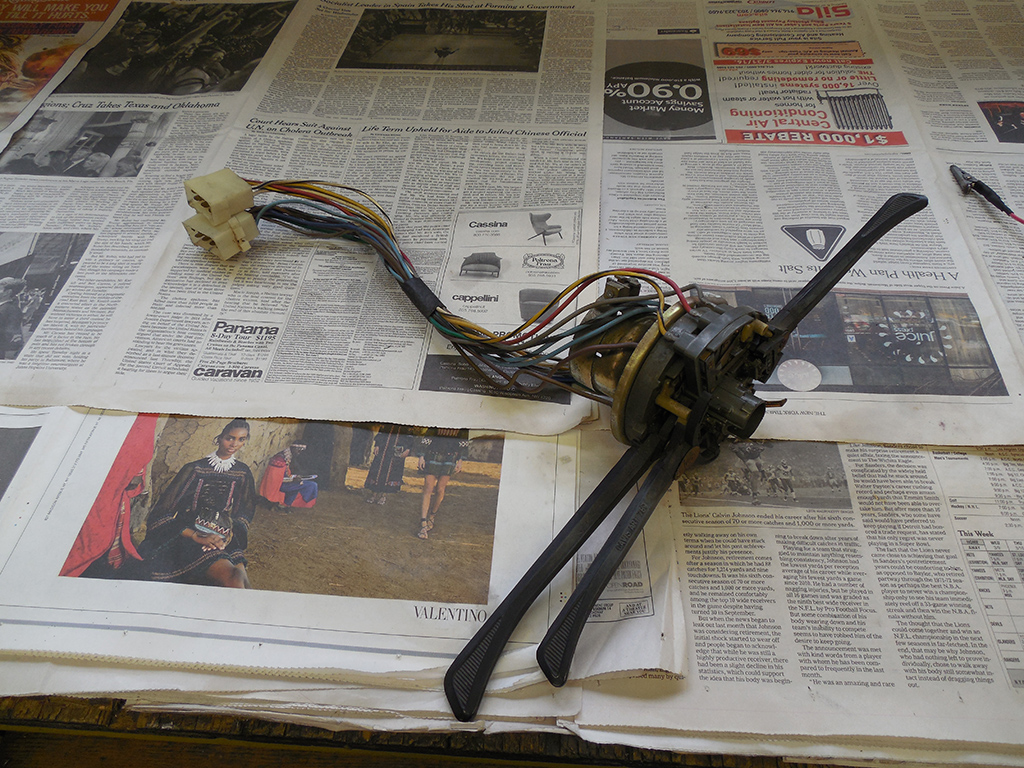 I did a search on the internet, and contacted the usual FIAT suppliers to see how hard it would be to find a wiper motor and a switch. The silence was deafening! I called Jim Simpson at ODD parts, my “go to” guy for esoteric issues and problems. There was no surprise to hear he’s worked on this switch before, and was familiar with the problems. He was concerned the wiper motor was specific to the this FIAT Dino, but was pretty confident he could make something work. 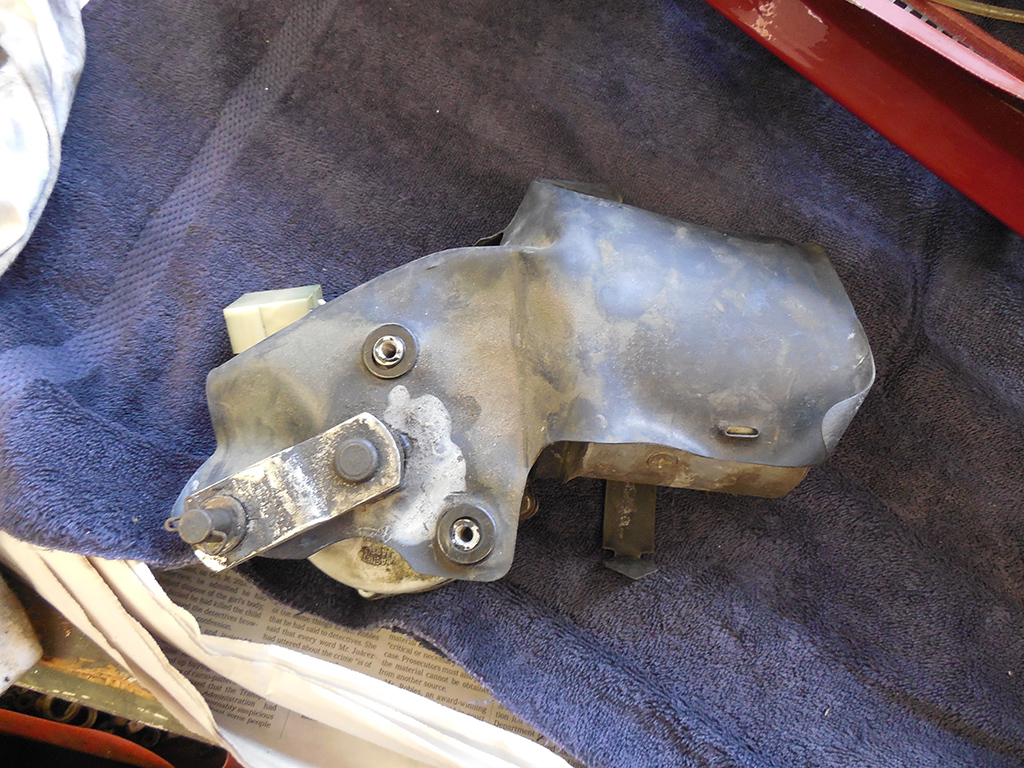 I removed the offending parts from the car, and sent them off to Jim in hopes he had a solution. Fingers crossed!