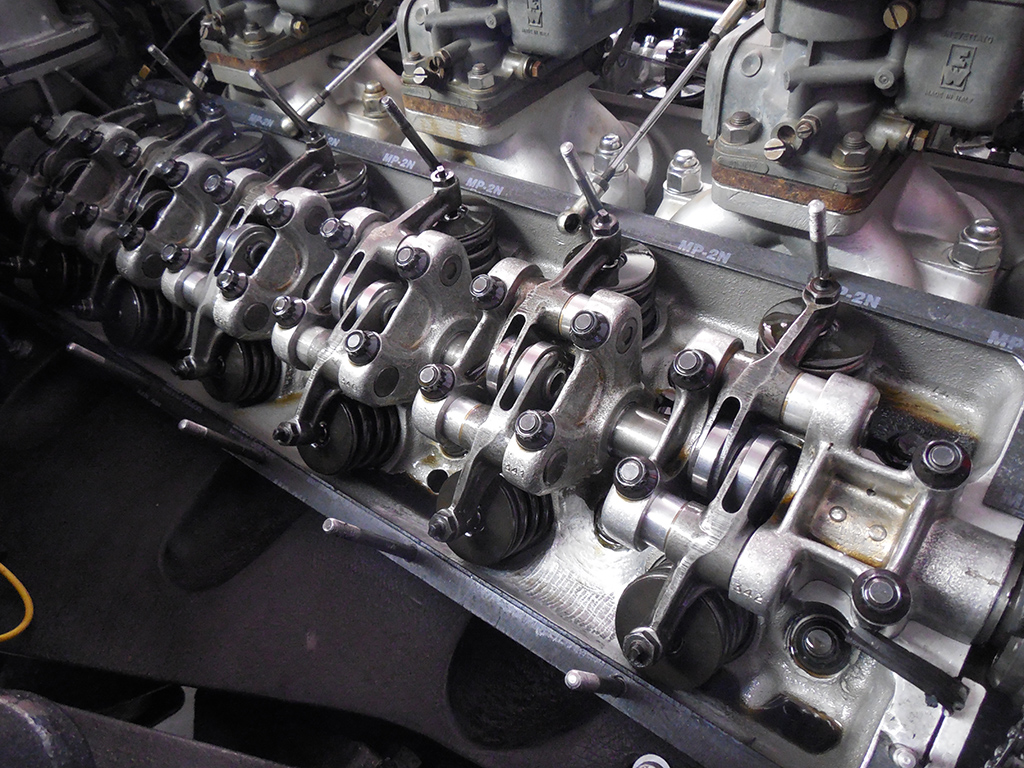 I continued the tune up on the 330GTC we have at the shop by removing the valve covers and checking the valve lash. I was told the engine had been recently rebuilt and there was probably less than 3000 miles on the engine. With new customers, I always like to start with a “baseline” on their car. Changing the fluids, checking the ignition, and adjusting the valves helps me get a clearer idea of the condition of the engine, and lets us know what should be fixed immediately, and what should be watched for further wear and care in the future. 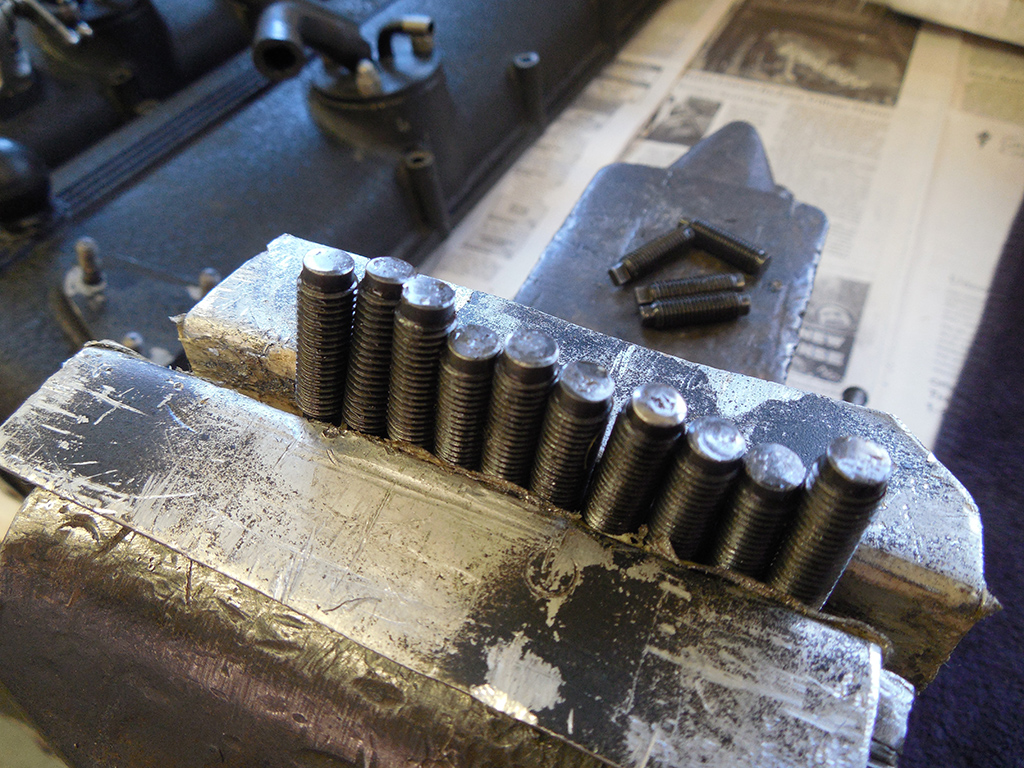 It didn’t take long to find parts that seemed to conflict with the mileage of the engine. Out of 24 valve adjuster screws, only two showed what I would consider normal wear for about 3000 miles of use. The rest of them looked pretty bad, with pitting, chipping, and a lot of wear. It would seem crazy to have used old adjusters on a fresh engine rebuild, so perhaps something was wrong with the adjusters that were used on this particular engine. Luckily, there was no damage done to the top of the valve stem, and the sacrificial nature of the adjuster did its job. All new adjusters were installed, and set to specs. Now we will watch what happens the next time we have to adjust the valves in about 8K miles. 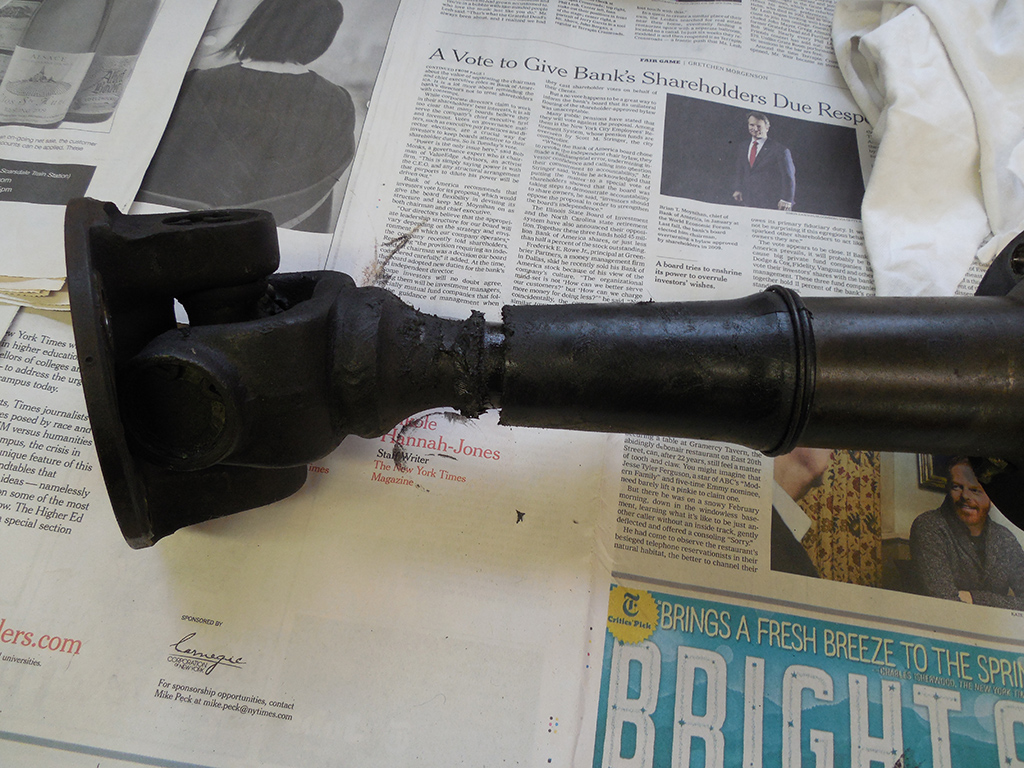 Going over the car, I spotted a split boot on the rear half shaft. Looking closer, both half shaft boots were split, so out they came, and new boots installed. 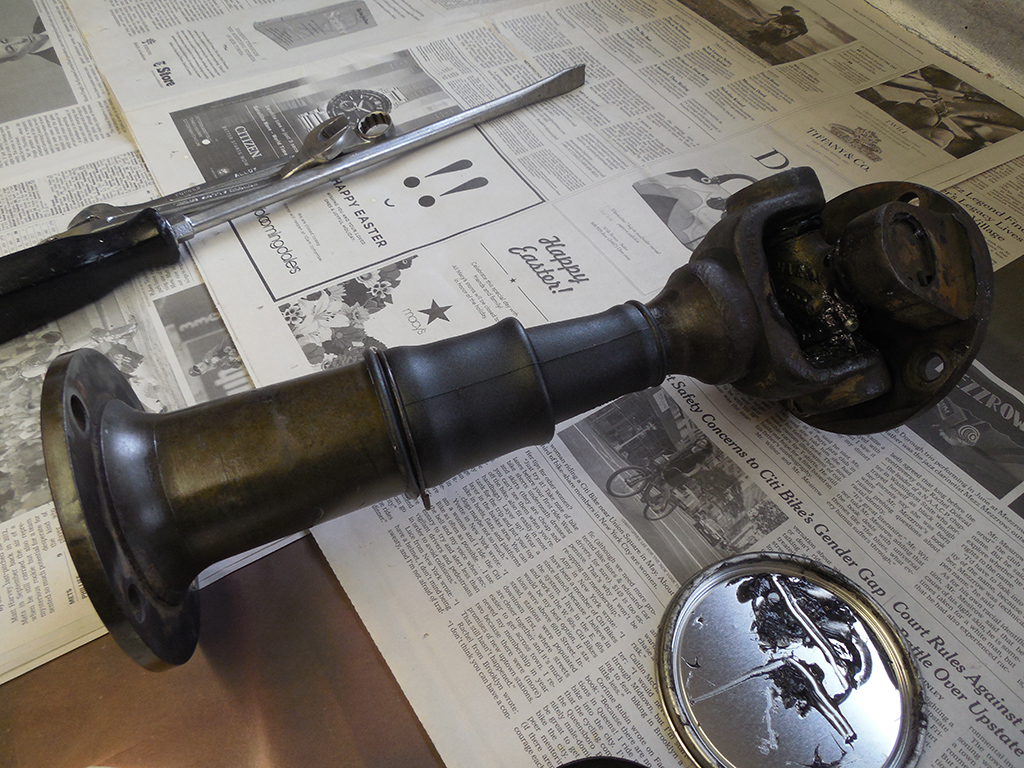 I’m going to make a note as when these were installed on this car, and will see how long they last. It seems like I’ve replaced a bunch of these in recent months, and they just don’t seem to last. Perhaps someone needs to make a better, stronger rubber boot! 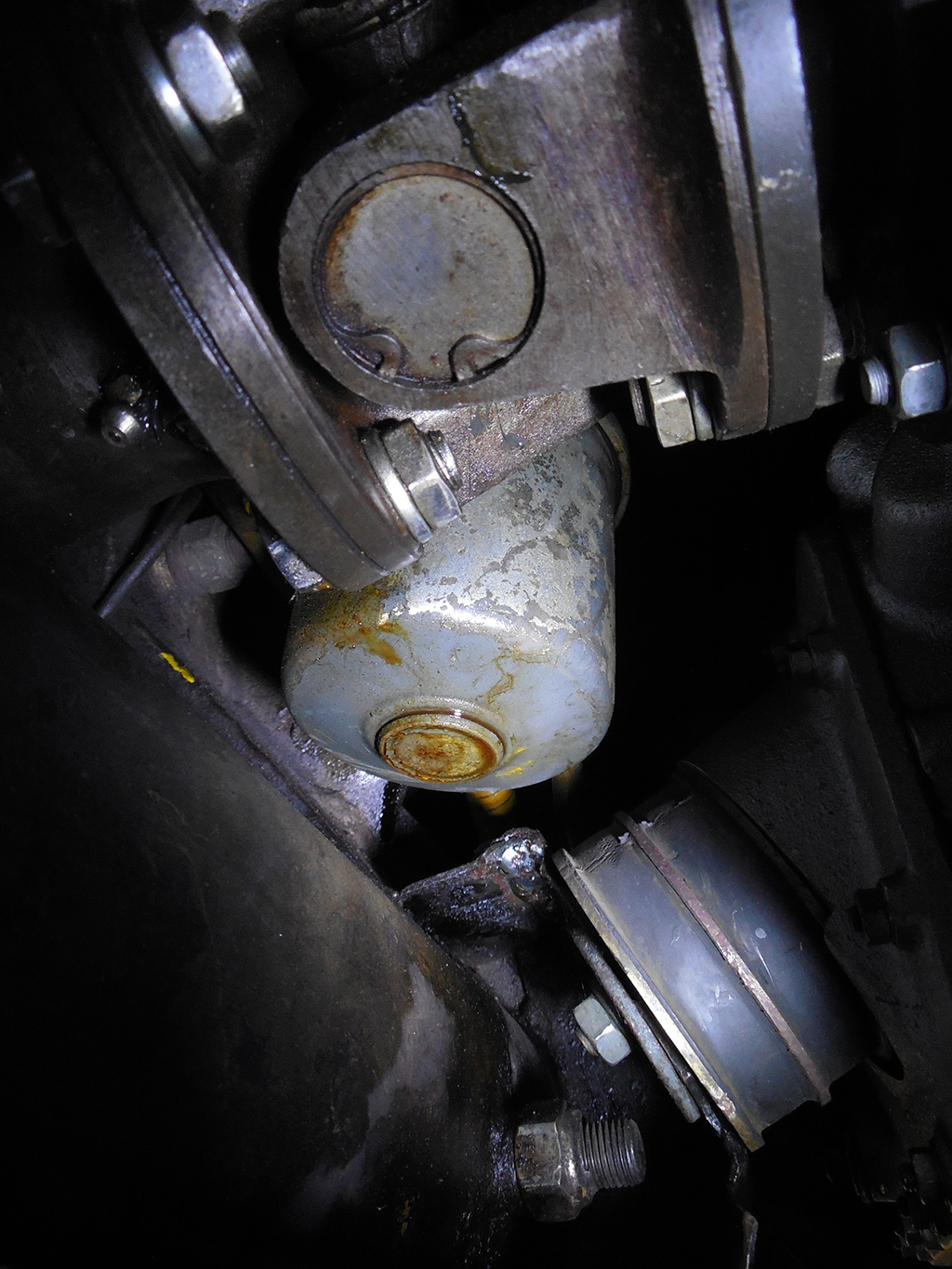 I also found a light fuel leak coming from the rear fuel filter. It’s a slow leak, and was probably evaporating more than it was dripping, but it’s always good to stop any errant fuel leak regardless how slow. I suspect it was coming from the gasket from the top bolt of the filter assembly. It’s not an easy one to replace, because the whole filter assembly has to come out to replace it, but that’s probably why it wasn’t changed the last time and has been leaking ever since! 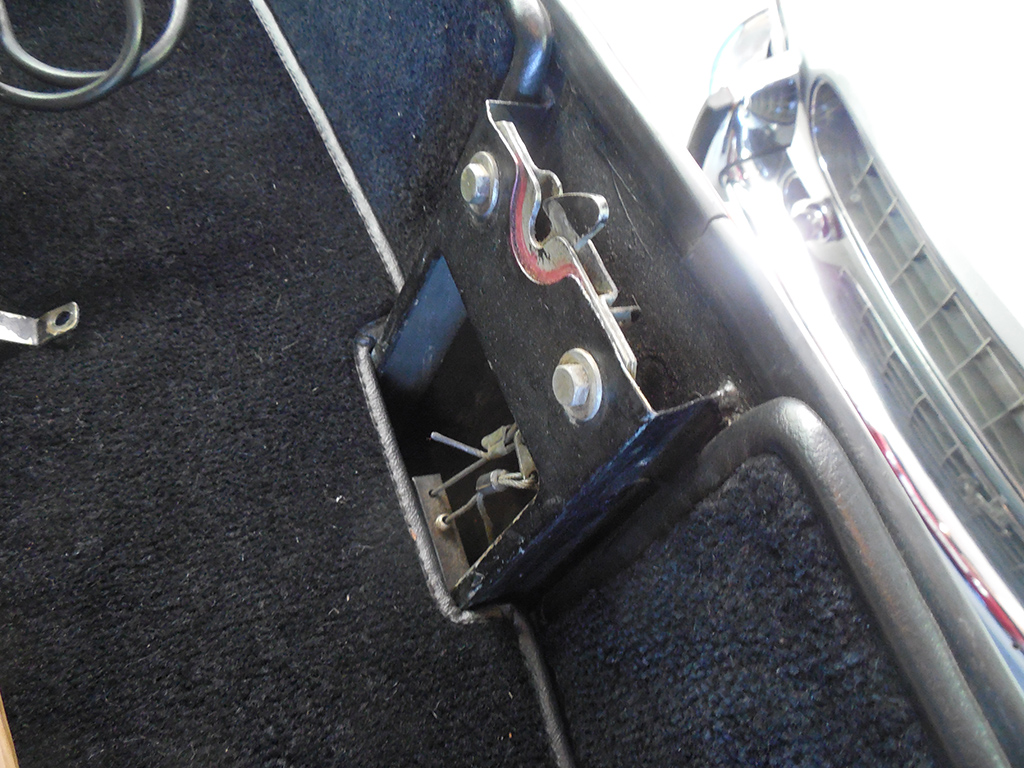 I’ve been pointing out minor details on this car that were either incorrect or missing, and one of them was a cover for the trunk latch mechanism. 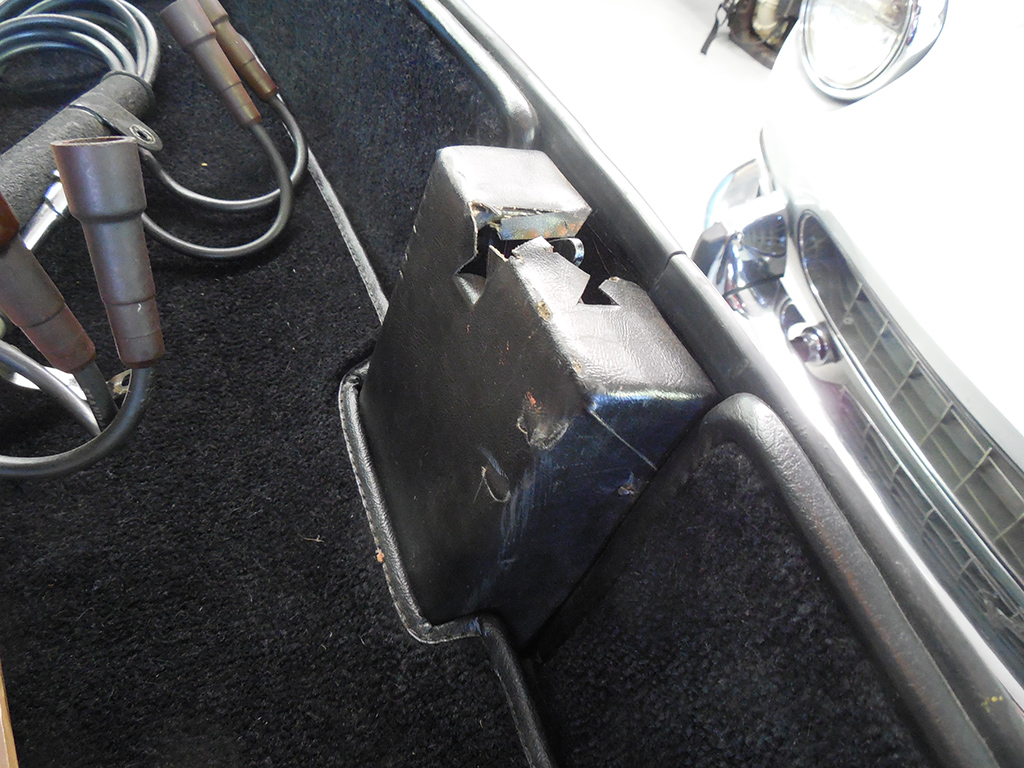 Luckily, I have one from another GTC that we’re getting painted, so we can use the cover as a pattern to make a copy. I checked the fiberglass piece for fit, and I will work on making a mold to make another one. Unfortunately, this piece has been missing for so long, that the replacement carpet in the trunk will be a little tight with the extra cover fitted, but we’ll deal with that after if it bothers the owner. 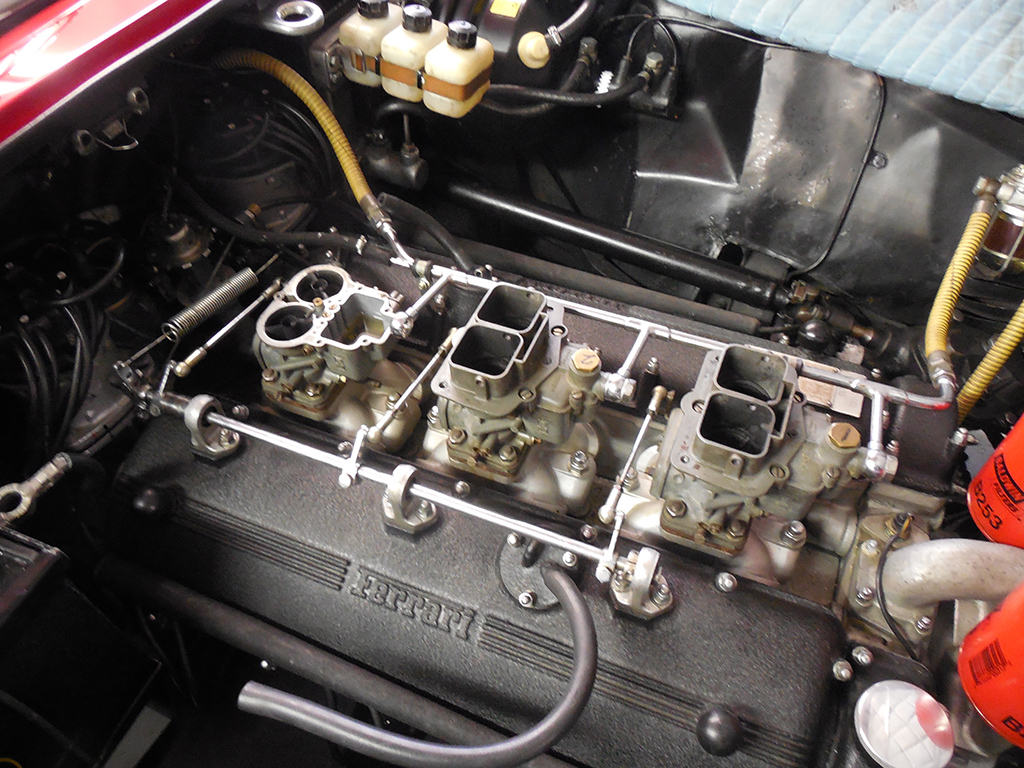 I finished the valve adjustment, buttoned up the engine compartment, installed the fuel system, and checked for leaks. A small drip was coming from the rear carburetor, but when I went to tighten it a little more, I felt the sinking feeling of having a banjo bolt pull out the threads of the carburetor! Early Weber carburetors are made of a die cast zinc alloy that is very soft, and the fuel fittings are notoriously weak. Later designs used brass inserts, but these DFIs did not. Tightening these fuel fittings is like playing Russian Roulette where eventually, you’re going to lose! The original washers used on these banjo fittings were a red fiber washer, but we have found them to dry out and leak. You can crank them down to seal, but we’ve found using either a soft aluminum or copper washer seals permanently once you make a good seal. Either red washer or metallic washer will stress these old fittings to failure. 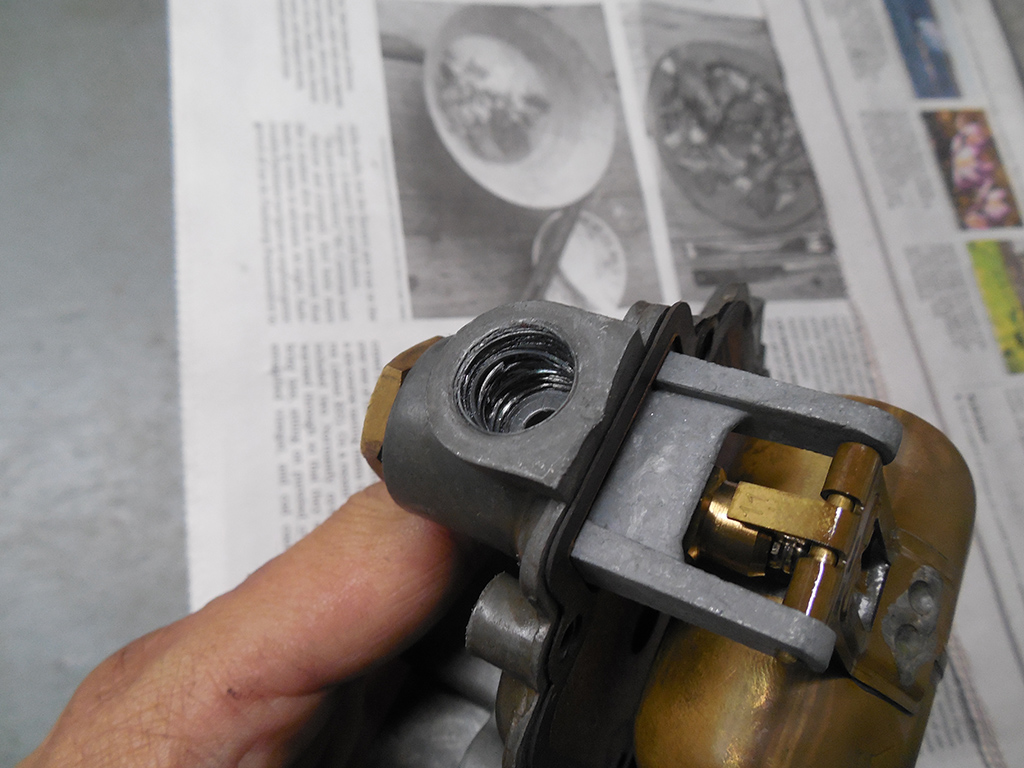 Luckily, we have the inserts to fix this problem, but  I decided to put the repair off until next week. Sometimes you just have to walk away a little bit from a bad situation!
Save the Date!