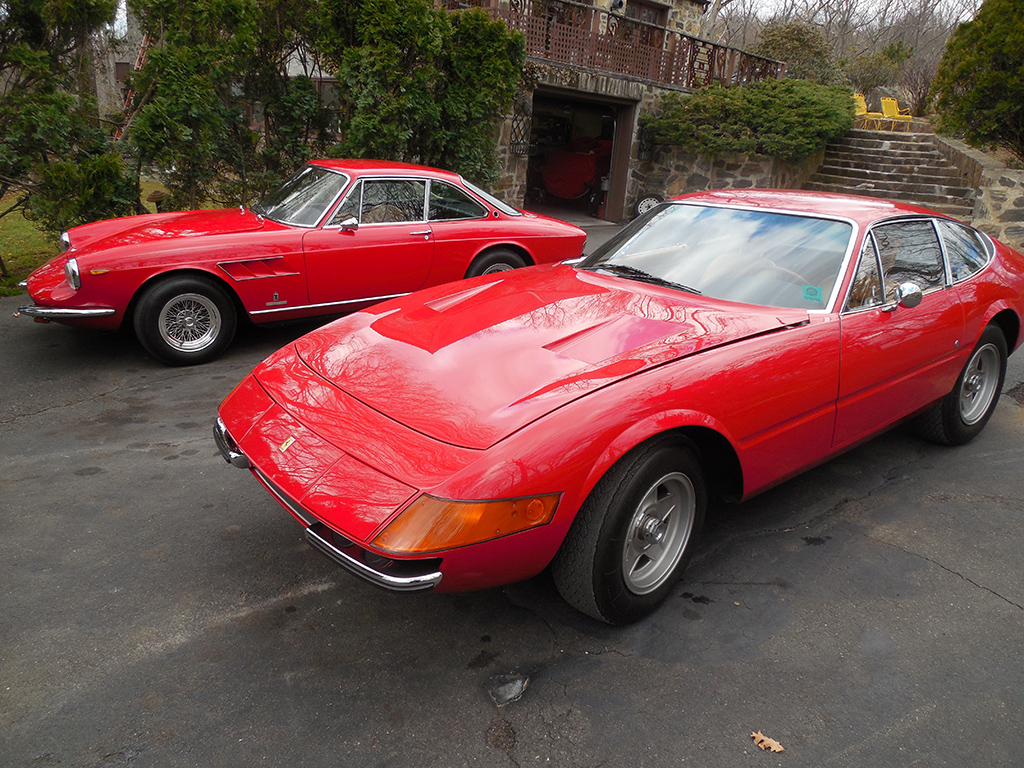 I’m finishing up old projects and bringing in new ones. 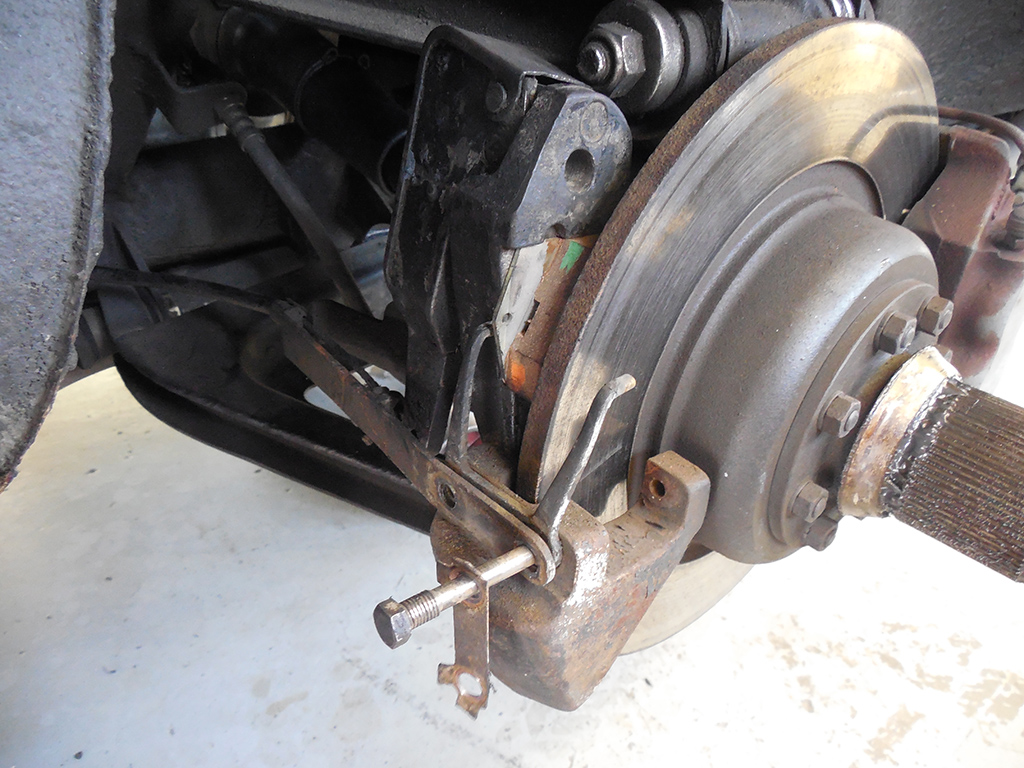 The final thing I wanted to fix on the 330GTC we’ve had at the shop was the parking brakes. I was hoping a simple adjustment would do the trick, but on closer inspection, it was not that simple. The parking brake pads were worn, and the adjustment linkages were not set up properly. Through the years, many people work on these cars, replace parts, and adjust things incorrectly. Getting things as they were intended is half of our battle! 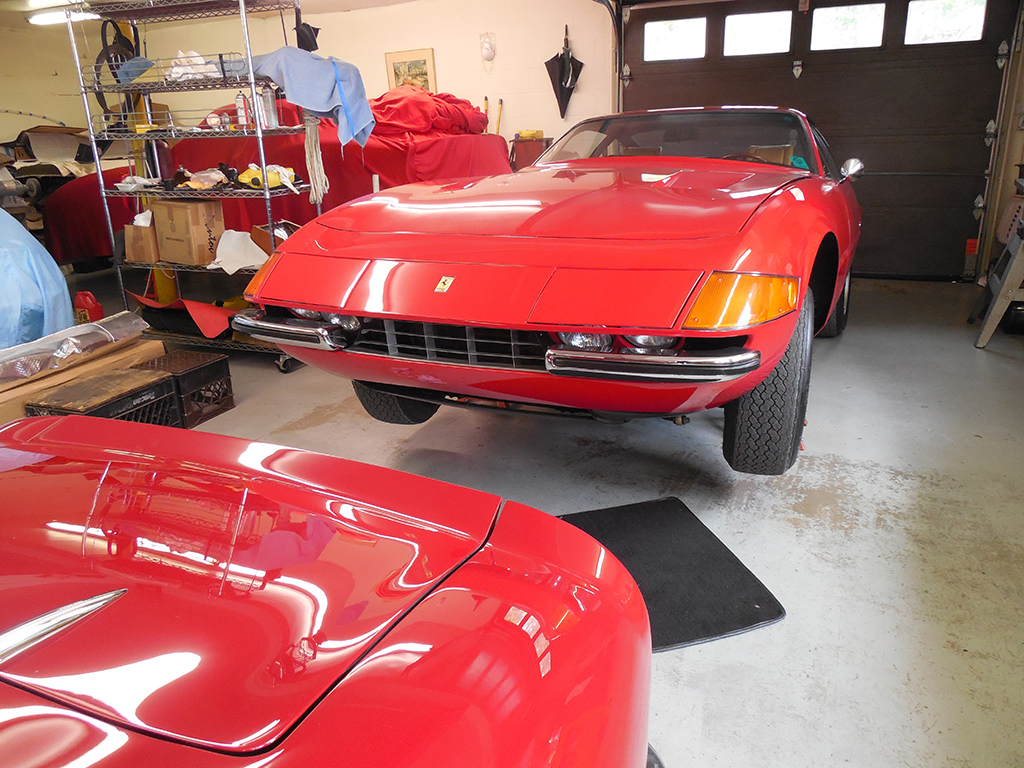 A Daytona was dropped off the other day with the customer noticing a loss of coolant that had to be replenished from time to time. A small puddle was forming in his garage, so he brought it in for us to take a look. 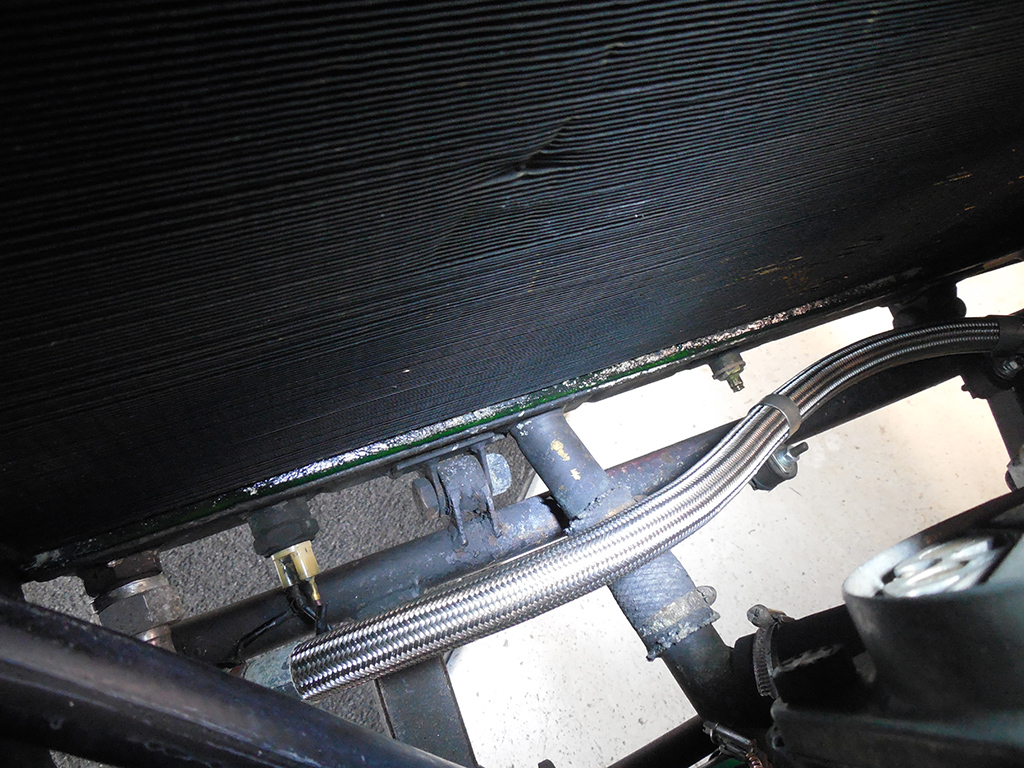 It didn’t take long for me to spot a strip of coolant forming at the bottom of the radiator core. I checked for leaks higher up that may have caused coolant to drip down and collect in this seam, but it became obvious this was the source of the leak. 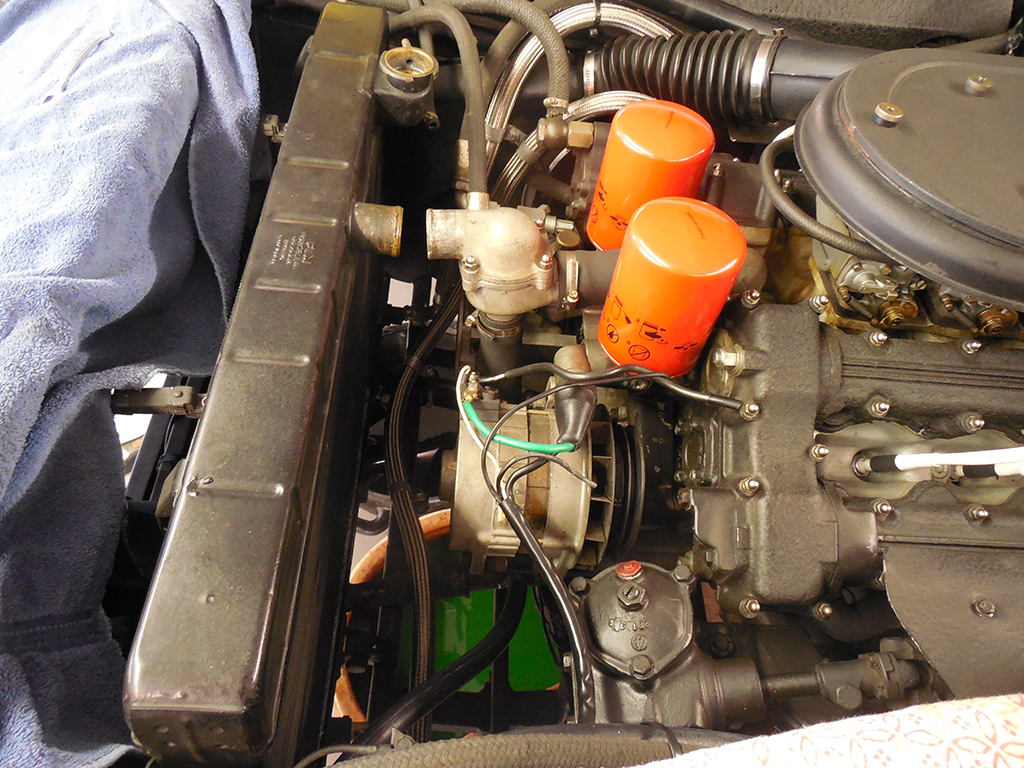 The next step was to remove the hood, disconnect the A/C lines, oil lines, and coolant hoses to pull the radiator. 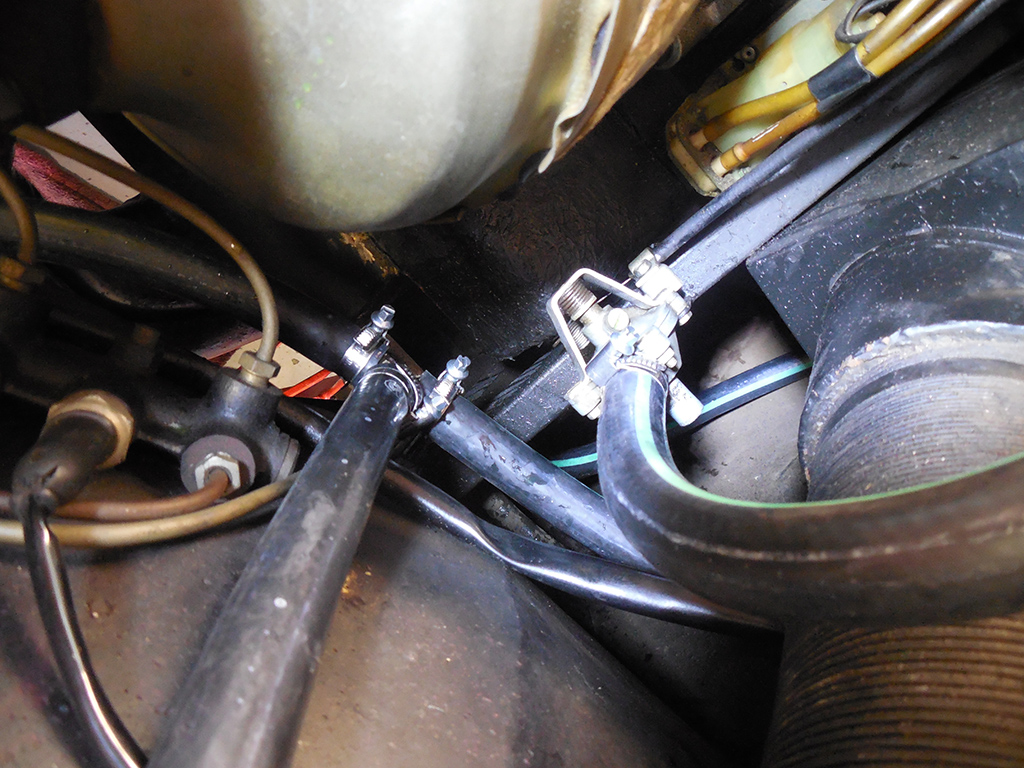 The last time this car was at the shop, we noticed the heat in this Daytona wasn’t working very well. With the heater valves open, the heater hoses would get warm, but the heater cores were not getting any heat. I suspected something was wrong with the heater cores, but since they’re buried in the fenders of this car, we decided to leave it for another time. With the radiator out for servicing I decided now was a good time to look into the heater cores.

Before I dug deep into removing the heater cores, I looked closely at the routing of the heater hoses. I disconnected a couple of them to check if there was flow through the heater cores. There was definitely blockage, but on closer inspection, I found the routing of the hoses was wrong! The left and right heater valves were somehow installed in series, so when one of them was closed, no coolant would pass through the system. I reconfigured the heater hoses correctly and hoped this would fix the heat. The true test will be when the radiator comes back with its new core and we run the engine. This will save the owner and I a lot of time and energy. I’ve got my fingers crossed!
The Radcliffe/Tomyang.net Car Show!