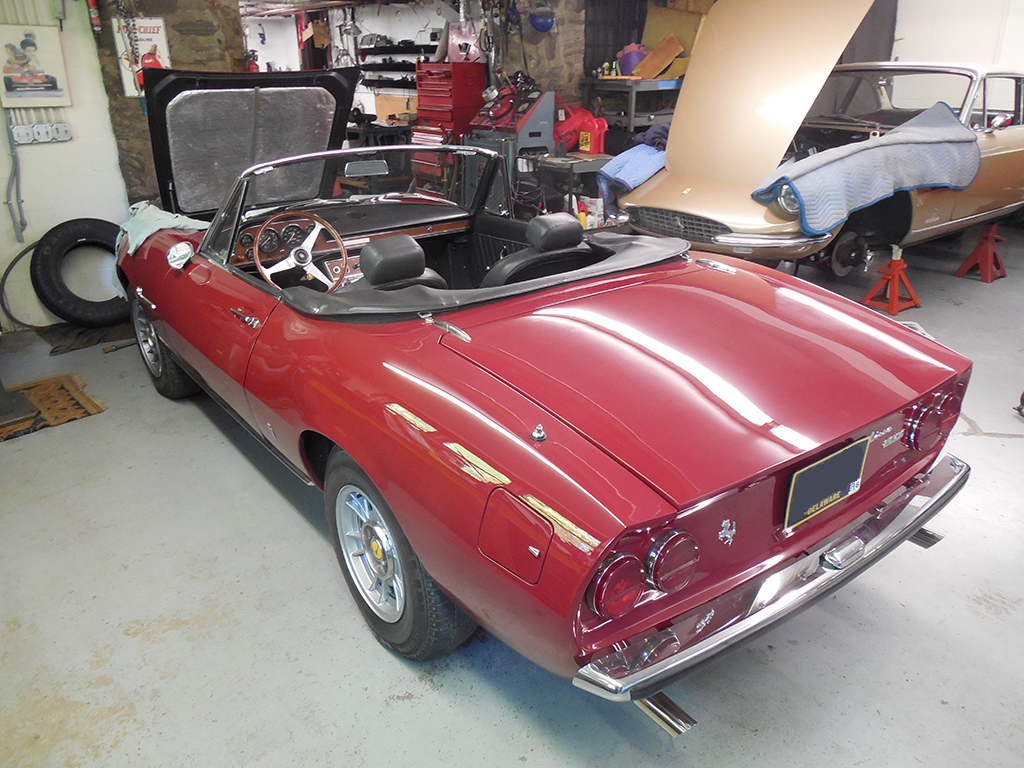 All the parts are coming together to get the FIAT Dino back on the road. This car came into the shop a few months ago despite my protestations to sort out some electrical issues. We normally only service pre 1972 Vintage Ferraris, and try not to deviate from our specialty. We are pretty busy working on a back log of work, and feel we give our customers good value for their money because we know these cars pretty well. Working on other cars means often times, we have to spend time at the owner’s expense to learn the intricacies of another model, which we would rather not do.  The owner of this car is a friend, and I agreed to look at his prized Dino. 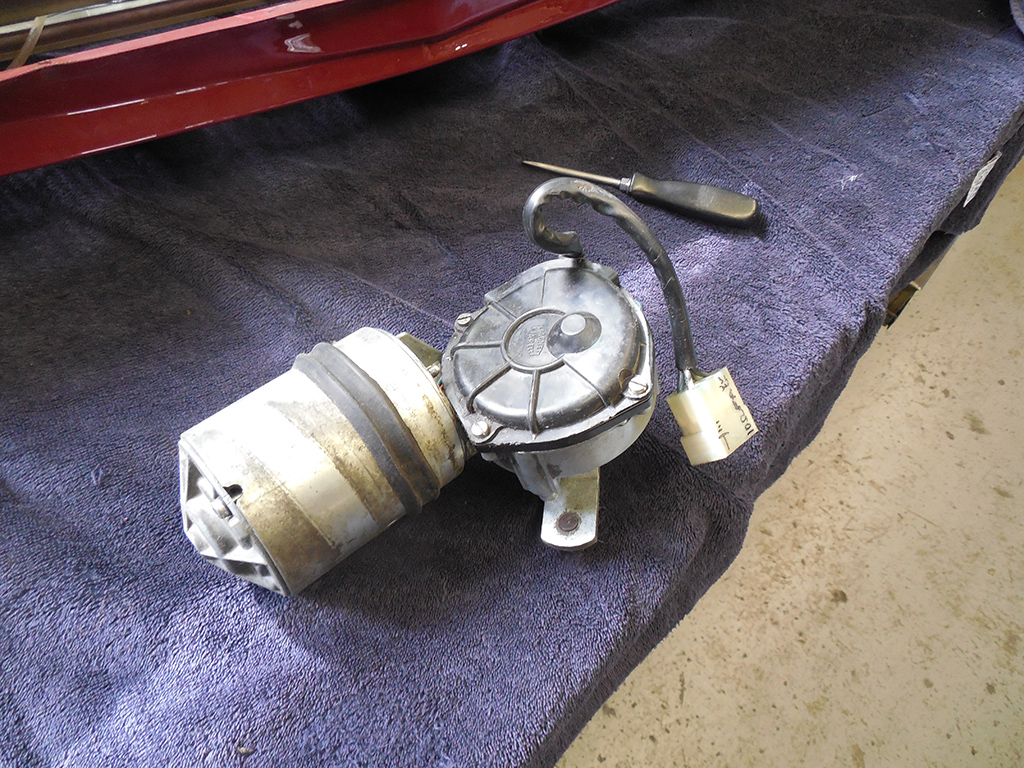 One issue with the car was the windshield wipers were not working, so I discovered not only was the wiper switch on the steering column in need of repair, the wiper motor itself had broken. 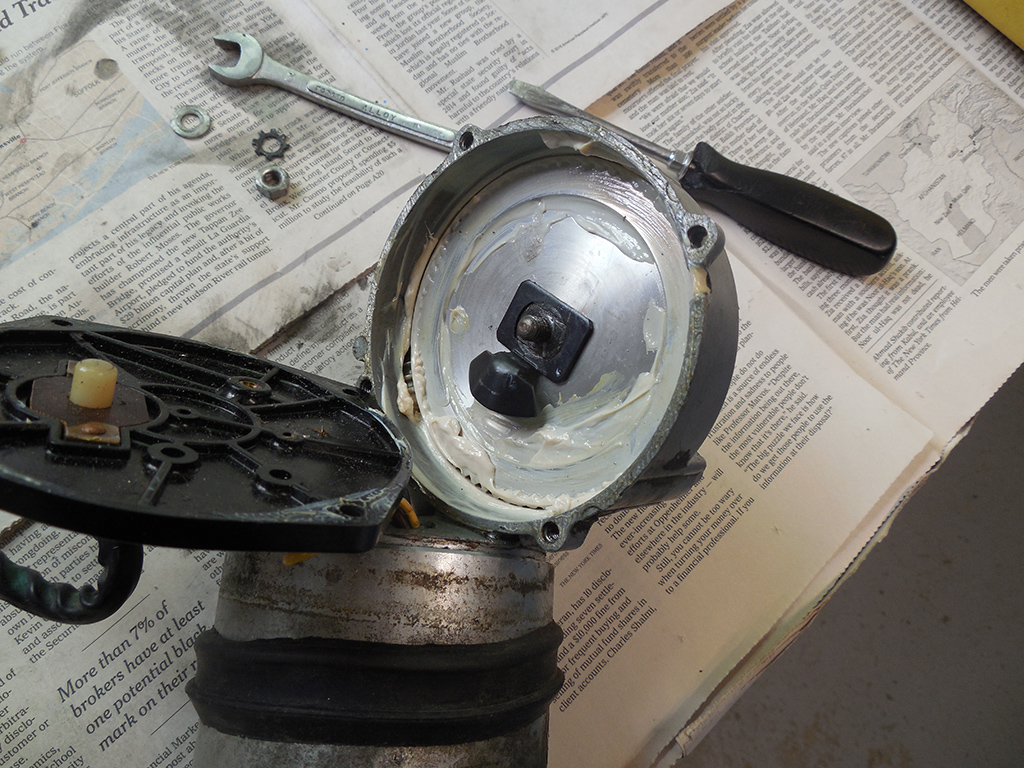 Through the help of my friend Josh, and fellow Dino Spyder owner, I found the failure of the wiper motor was a common problem where the plastic gear breaks. A replacement was available for under $100 bucks in the Europe, so I placed my order. ODD Parts was fixing the wiper switch, so I had Jim Simpson assemble the motor with the new gear. 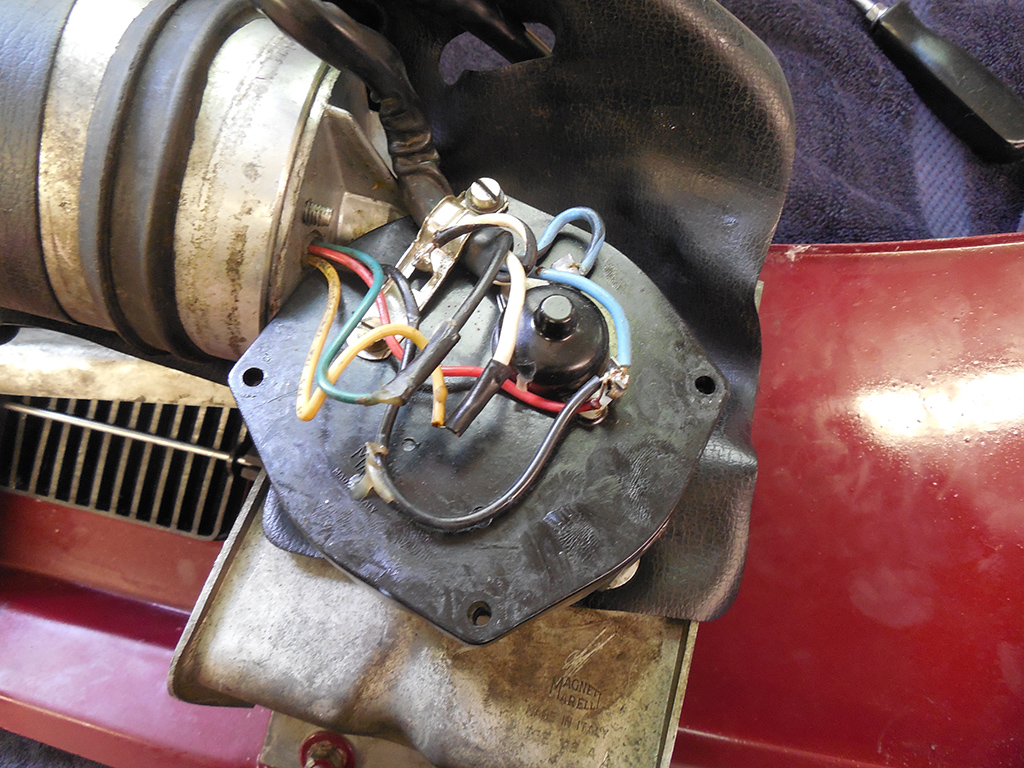 Unfortunately, when I tried to install the motor, the wiper arms just didn’t seem to want to index correctly. It took some head scratching, phone calls to California, and a closer look at the park mechanism to figure out what was wrong, and just before I regretted ever accepting work on a FIAT, I figured it out! The wipers now worked and parked as they should! 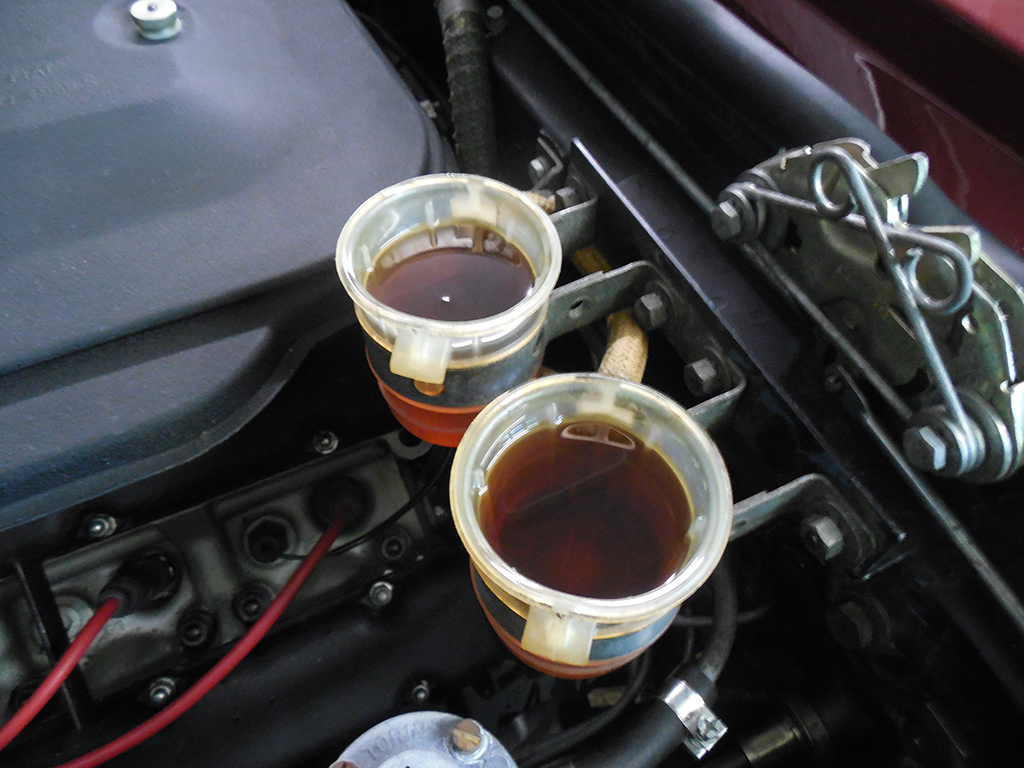 I took the car out for test drive and discovered the brakes were very spongy. A quick peek in the brake reservoirs gave me a clue to the problem. Who knows when the last time the brake fluid was changed in this car! With new fluid, and a good brake bleeding, I had good hard pedal again. More testing and tuning will have to wait until next time, but we’re getting close to sending this car home!