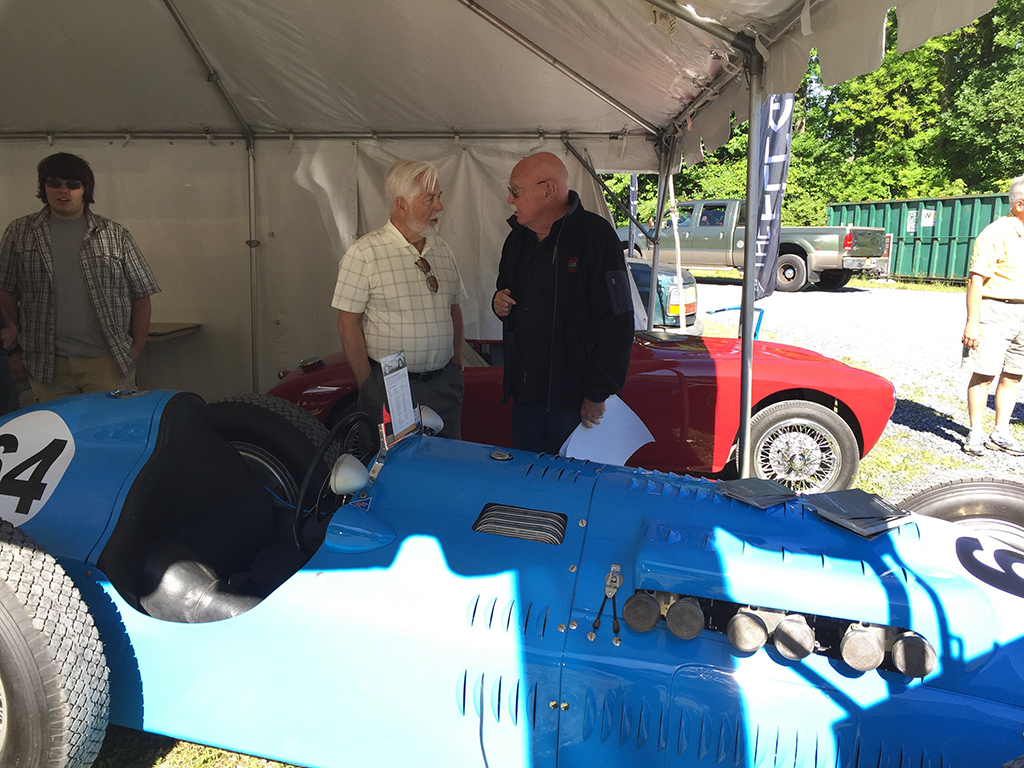 So after two 14 hour days, and late nights at the bar, we were ready to meet the public. I was assigned to join Jim Stramburg at the Hershey Hillclimb event with the Talbot Lago. My ride down to the Paddock was a very nice 1952 Siata 300BC Spider. The Siata was up for auction, but this GP car was being offered as a private sale through The Finest. The owner was allowing us to drive the car on the Hillclimb route as long as Stramburg was behind the wheel. 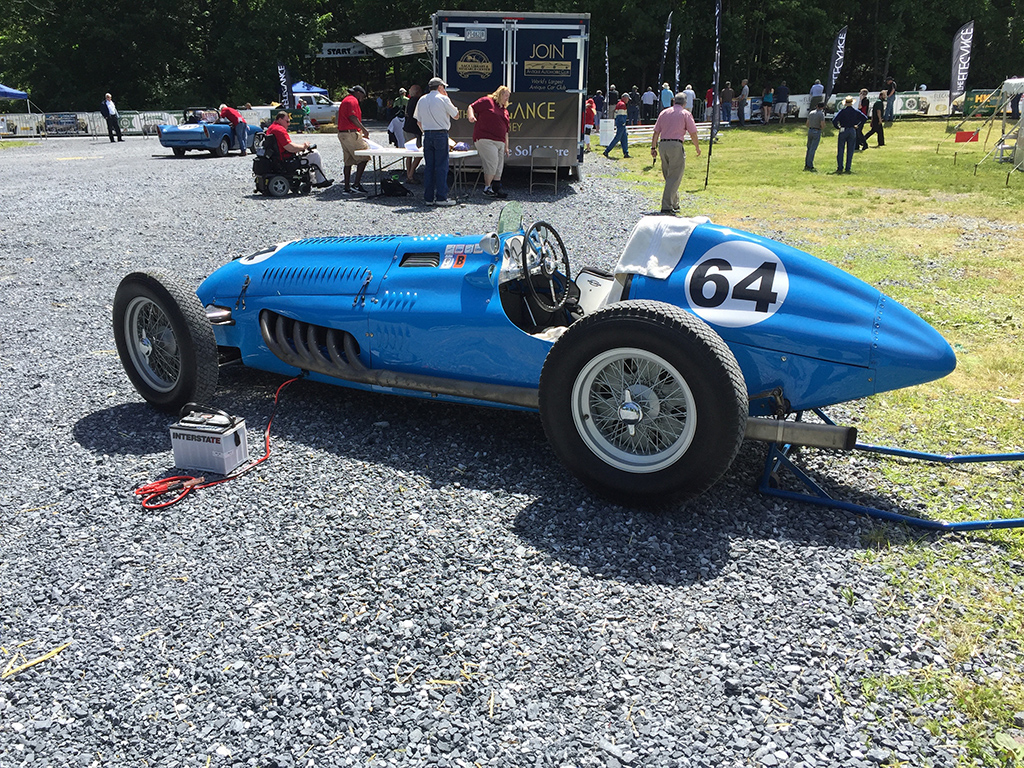 Jim knew a lot of people, and there was barely enough time between visitors to get him suited up and ready for his exhibition run. I learned this Talbot Lago has a pre-selector gearbox that was always engaged without a neutral position, so to warm the engine up without wearing out the internals of the transmission we had to jack up the rear of the car to allow the rear wheels to spin freely while the engine came up to temperature. We had a purpose made stand that held the car safely in the air until it was to be put down on the ground, still running, in gear, and away to staging. I shielded people and other cars from loose gravel as the car took off! 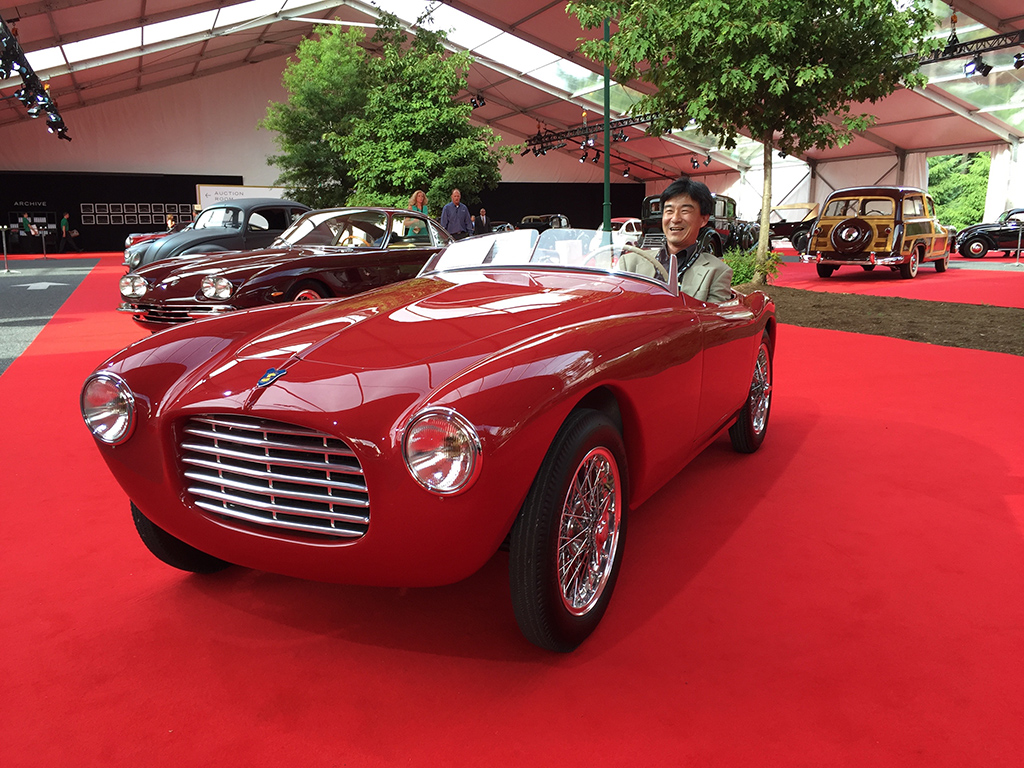 Friday afternoon was the cocktail reception, and there was more car talk and viewing of the cars for sale. After spending the morning as the steward of the Siata, I admired her lines one more time before I left for the day.

Saturday was the day of the auction, and there was no time for pictures. We had a plan and assignments for everyone on the team. I was assigned the job of getting the 50 cars lined up out of the preview tent and into the order of the auction so a new car would be ready for the stage at 3 minute intervals. We wanted all the cars to run and drive across the block, but with old cars, you just never know! On top of getting cars staged for the auction, there was a threat of rain rain all day, so we had to make contingencies for wet weather because the route to the stage required the cars to drive outside of the building!

The two and a half hour auction flew by as I juggled 5-6 drivers, two cleaner/polishers, and 4 pushers in an orchestrated dance of auction cars. We had team members on stage, behind the entrance curtain, on the load out, and me running back an forth between the four car buffer and the rest waiting for their drivers to park the car that just came off the block! The whole time this was happening, I kept thinking to myself, if Barrett Jackson can do this with hundreds of cars, this should be a piece of cake! Thankfully it never rained, literally and figuratively.

When I saw Ed Fallon, the Salon Director, after the auction, he smiled and said,

It reminded me of my TV days that when nobody in the audience noticed something wrong in the production, it meant we did our jobs perfectly! I’m glad he noticed. 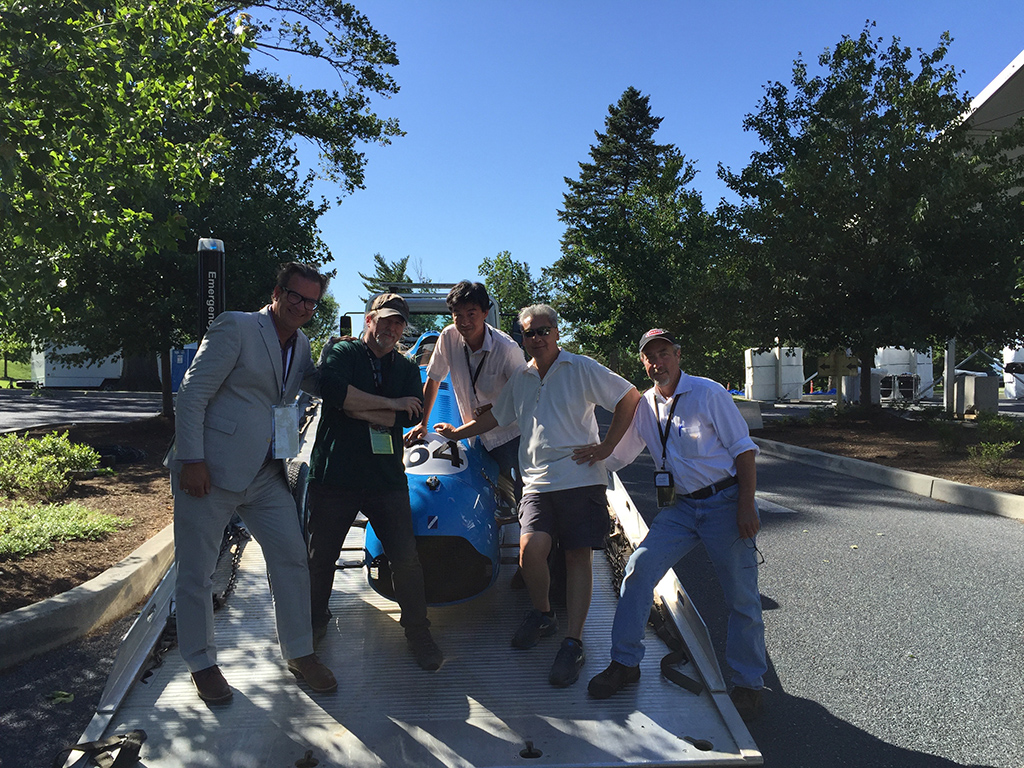 About 24 hours later, we had the last car loaded and the riggers had loaded the last truck. We all went back to our normal lives in all parts of the world, only to do it again…next time!