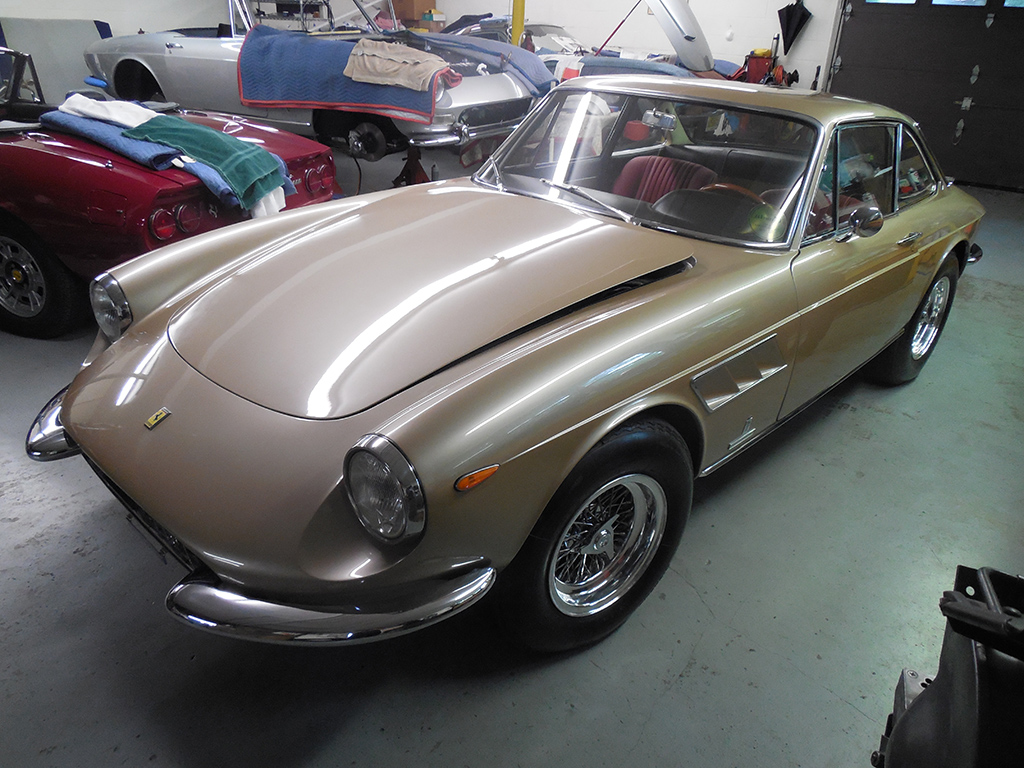 For those with sharp eyes, they would have noticed a few cars in the background behind the gold GTC I’ve been working and writing about for the past several months. Although the GTC has been my primary focus because of the car show in California, I still had several other projects that needed my attention. 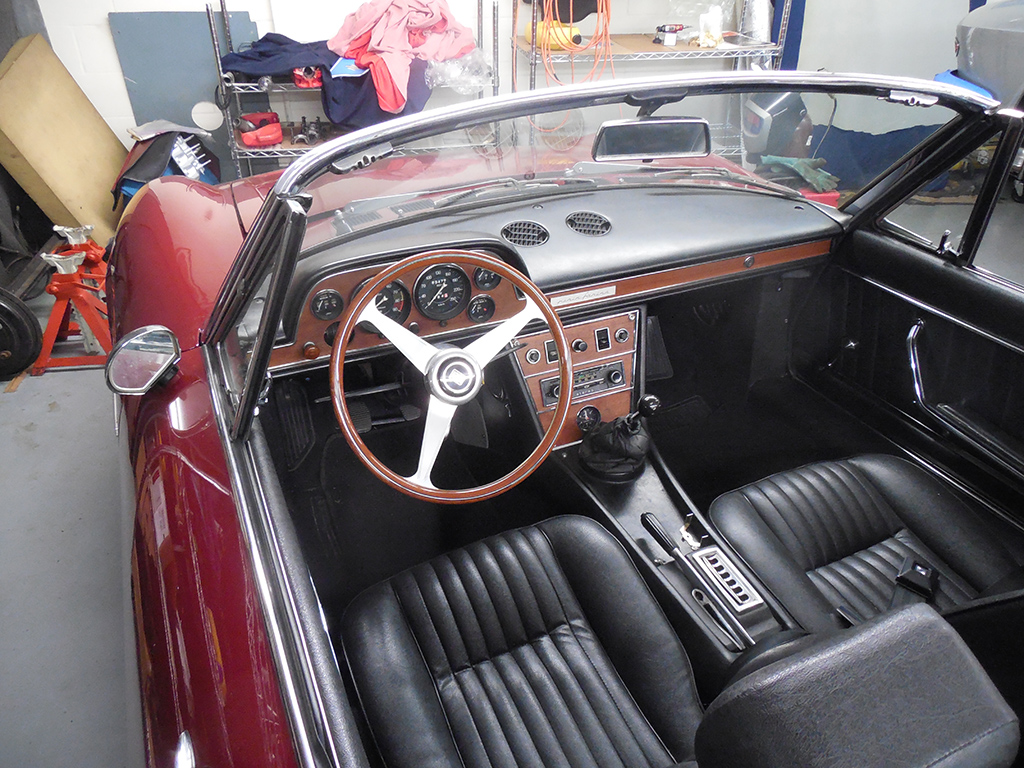 A FIAT Dino Spyder is still at the shop. All the work on the ignition, wiper motor, and switches on the steering column is done. It’s been a learning experience for me as we usually only accept Vintage Ferraris at this shop. I often tell people, “why pay me to learn” on cars we are not familiar with? We know Vintage Ferraris very well, and know most of the tricks and common problems and solutions. Working on something out of our normal scope has been challenging, but we’re getting it done! 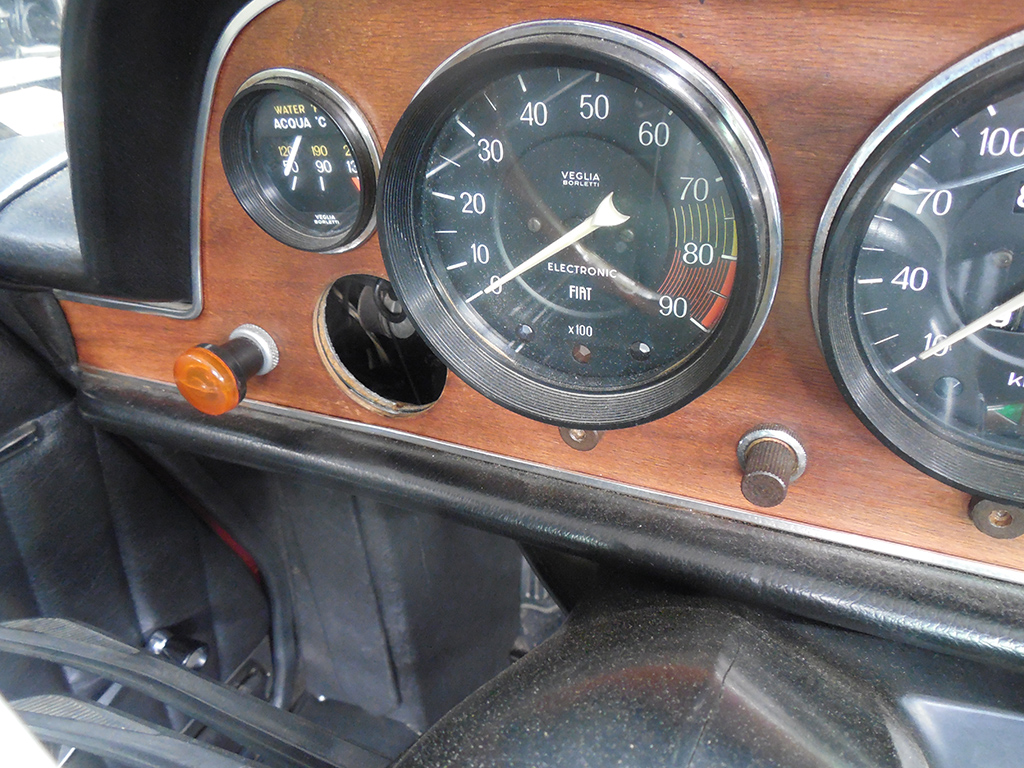 The last thing on the list of “to-dos” was to get the oil pressure sender repaired. It’s out at the gauge shop, but getting things repaired over the summer when the big shops are all focused on getting things ready for the Monterey Car Shows is a challenge. As soon as it comes in the mail, we’ll do the final testing and tuning on this car and send this car home! 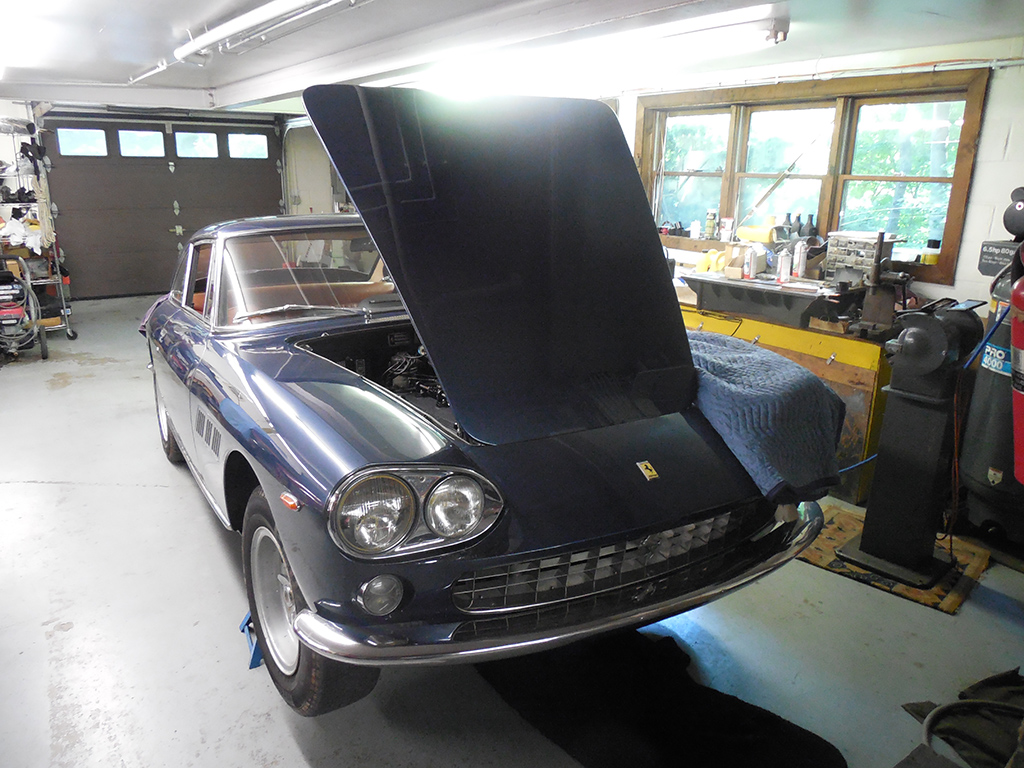 Another car that has been at the shop for a while is a SI 330GT 2+2. It had an engine rebuild over the winter, and has been waiting for us to find some time to drive it. When the owner initially suffered an engine problem, the car was driven for enough time that oil was pumped into the exhaust system. 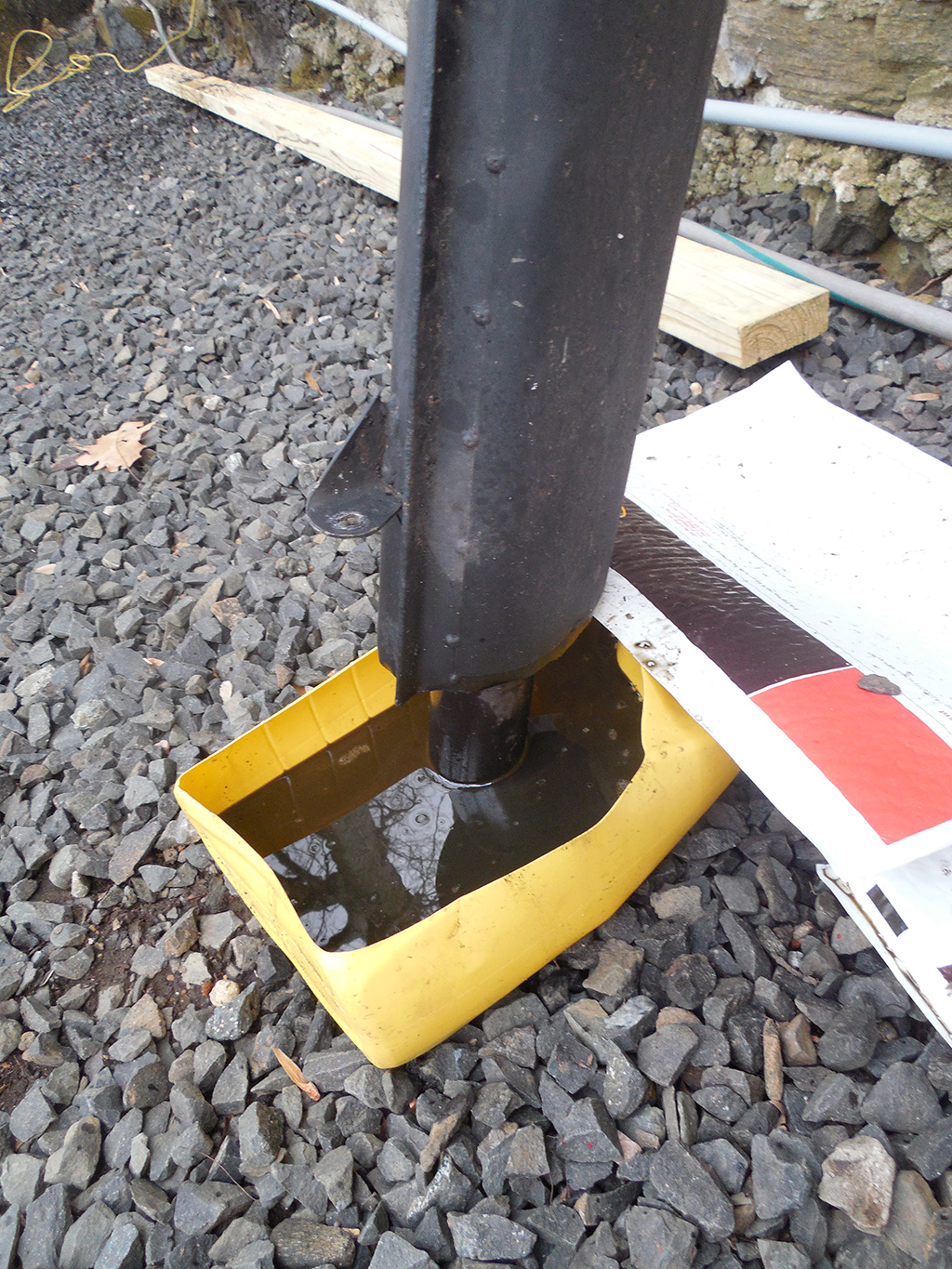 We tried to drain the mufflers of all this oil but knew the only way to rid the system of oil was to drive the car. Solvents or washing out the oil would still leave residue inside, and I couldn’t even imagine the disposal of the environmentally hazardous waste! Francois drove the car several times in the cover of darkness to avoid being noticed since the car was spewing clouds of smoke, but eventually the smoke started to subside.

Now that we are in the middle of summer, I have been put to the task of driving the car home  to heat the exhaust system sufficiently enough to burn the last of the oil out of the system. Looking out the back window of Yale’s car as I drove down the highway, I could see no one would follow me for long at the risk of asphyxiation! 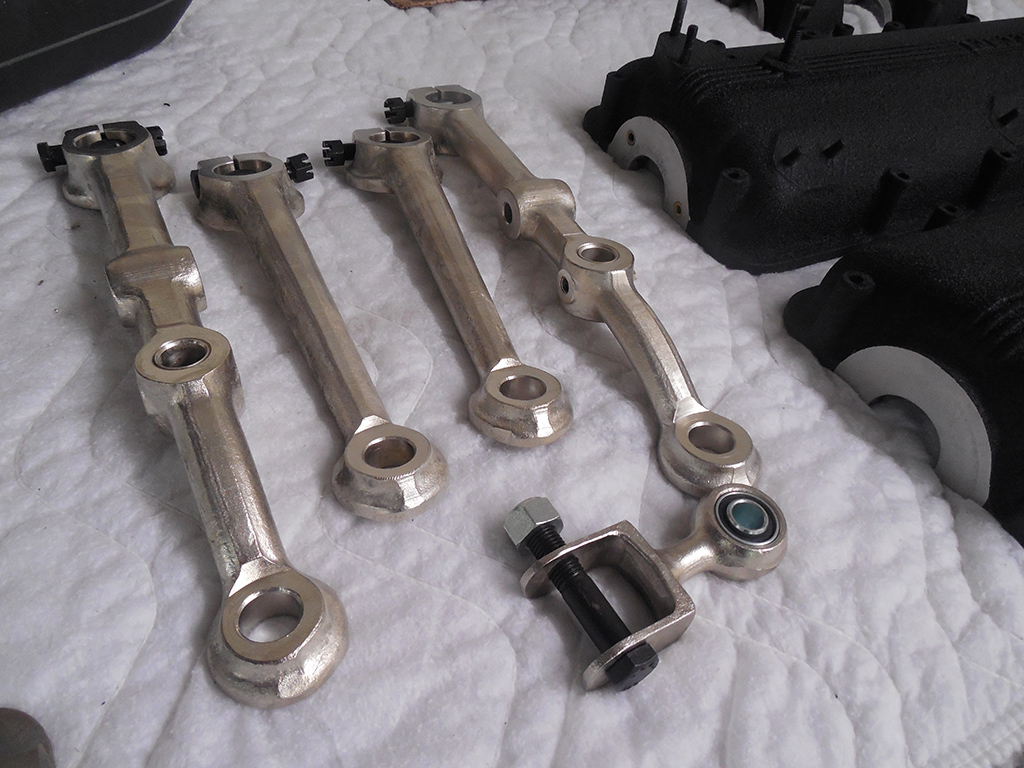 Another car at the shop is a Lusso that needed a suspension rebuild. Francois’ customer has owned this car since new, so it was long overdue for this service! 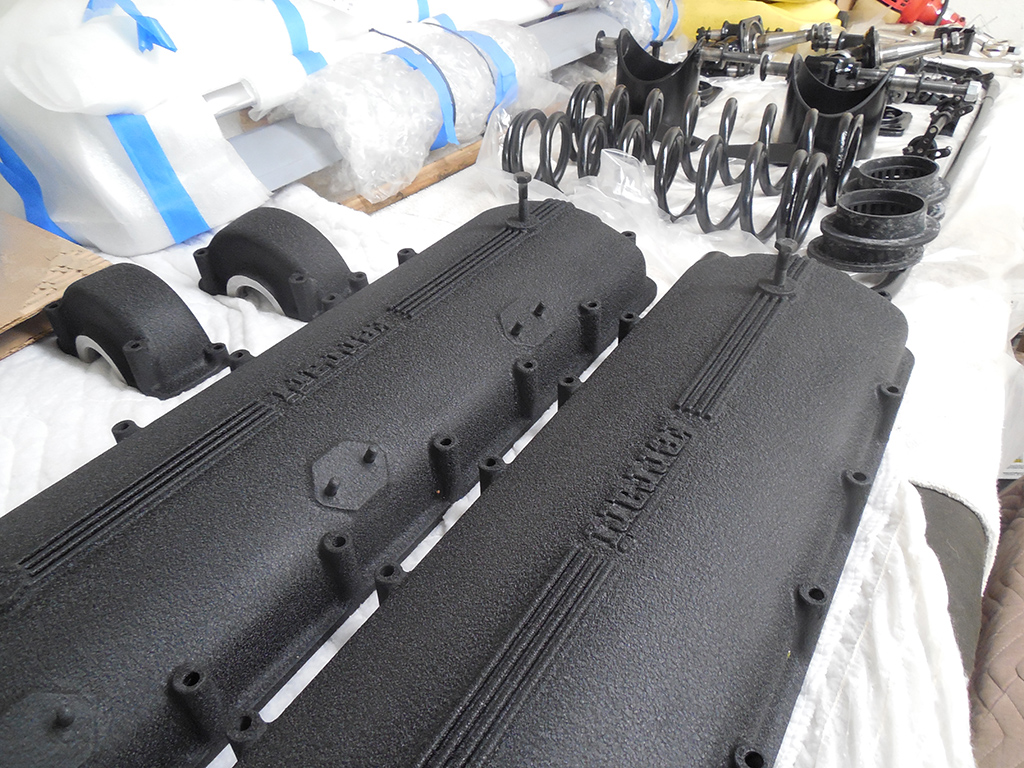 The car had the rust repaired, painted, rechromed, and reupholstered, but much of the undercarriage was left untouched. Although the work was kind of done in the wrong sequence, the owner decided after all the pretty bits were done, to go back and have the undercarriage match the top side.

The third car in the background is the 275GTS we’re restoring. Francois has been making good progress on this car while I’ve been focused on the GTC. I’ll be getting back on this car after Monterey, so look forward to posts about the final push to completion over the Fall!