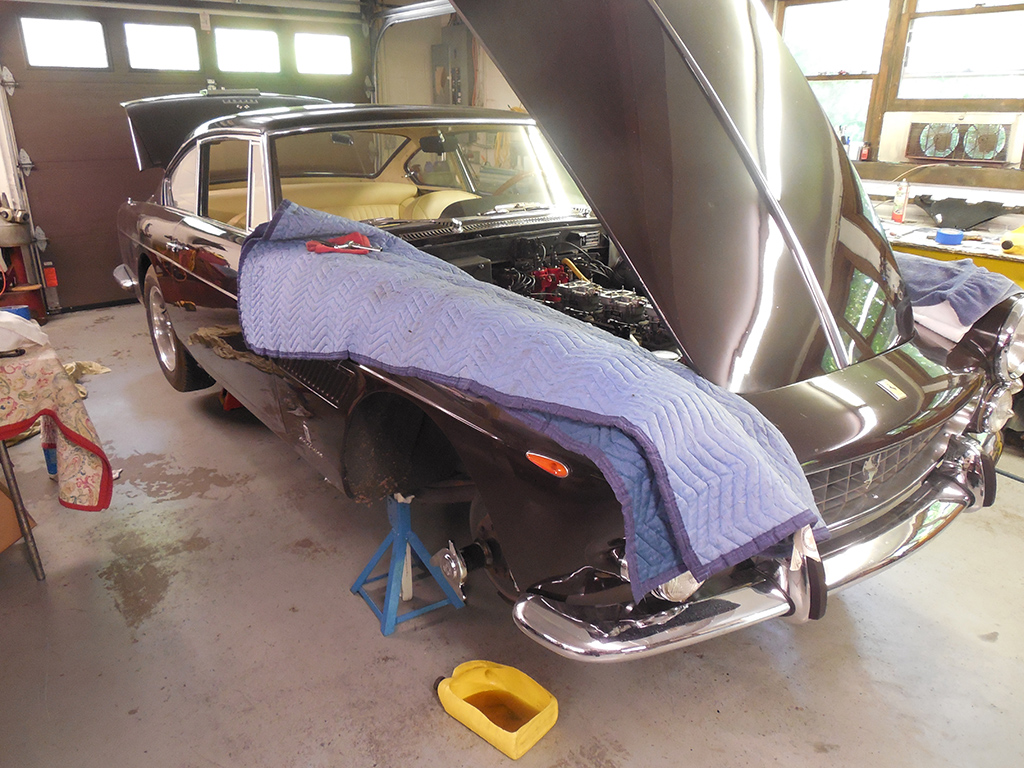 I’ve been working on a 330 America trying to get her to run right. I had the carburetors rebuilt by Pierce Manifold in Gilroy CA, but I’ve been having some tuning issues. We’re still trying to get the jetting right, as the stock jets that were installed on the carbs seem to make the car run too lean. A second problem was a strange roughness I found just off idle.

Comparing this car to my 330 America, this car had a vibration at about 1500-3000 rpm that would smooth out as I accelerated. This was not normal for V-12 engine, so I was trying everything to find the source of the vibration. 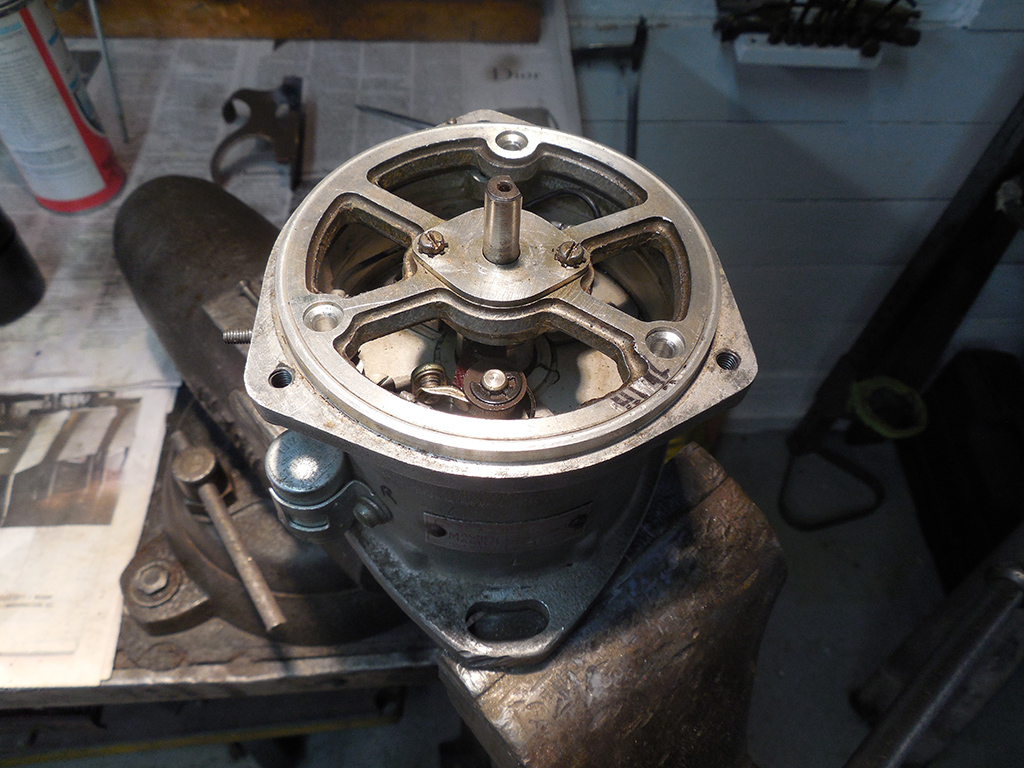 I checked the distributors twice, checking for point gap, phasing, and advance on a distributor machine without much change. Francois and I just couldn’t find the source until one day, a couple of spark plugs stopped firing. We narrowed it down to something inside the distributor, so I removed it again to take another look. 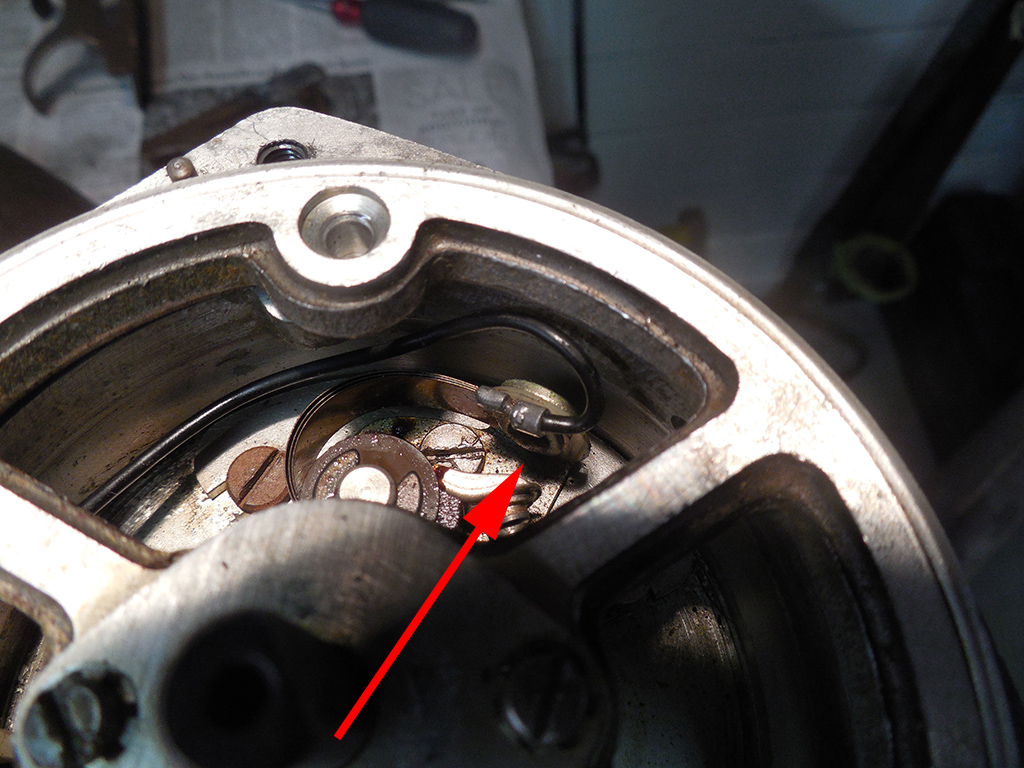 I found the rivet that held the wire to the points set was loose and causing an intermittent ground path! As the contact point at this junction arced, it would oxidize and get worse. This was probably the source of the roughness, not showing up all the times I took the distributor out to check before. 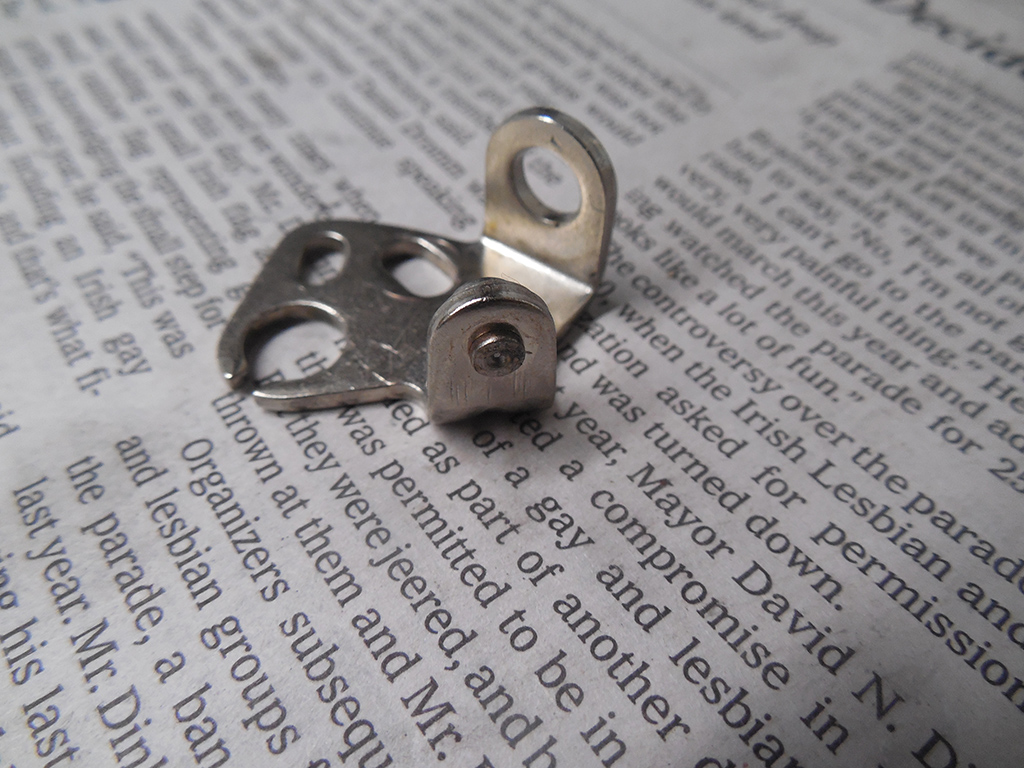 I removed the offending points set and installed a new set in its place. As I was setting the point gap, I noticed the gap was mysteriously changing as I turned the distributor onto another lobe?! As I looked closer at the new points, I found the tungsten point on the base unit was slightly loose causing the points to change position as the distributor was rotated! In this picture, you can see the point is peened  in place, but this one was not tight enough.

It was bad enough to find the bad ground from the previous set of points I had to replace, but the new set had its own problem. Don’t get me started on the inferior quality of manufactured parts these days, but I’ll have to check every set of points for this defect along with the checklist of other things I have to check when performing a simple tuneup!

With the bad point sorted, we could now return to carburetor tuning and getting this car running smoothly!