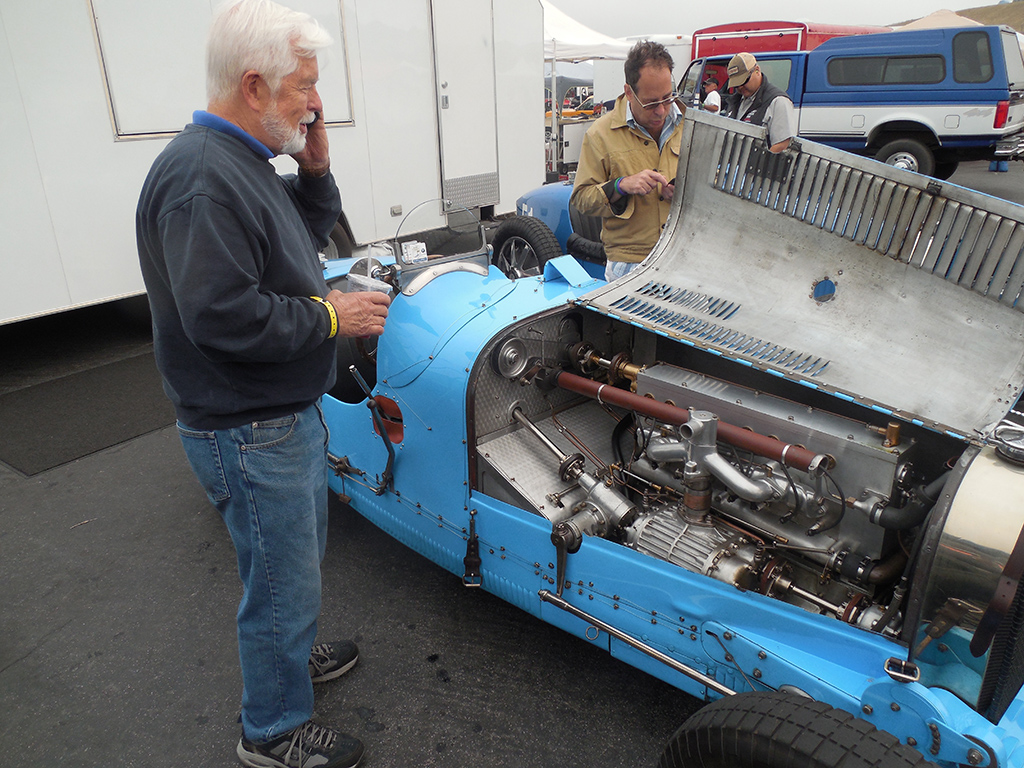 On Thursday of Monterey week, I spent the morning at Laguna Seca to watch some of the Historic Races. I also met Jim Stranburg for for what he called “Bugatti 101.” 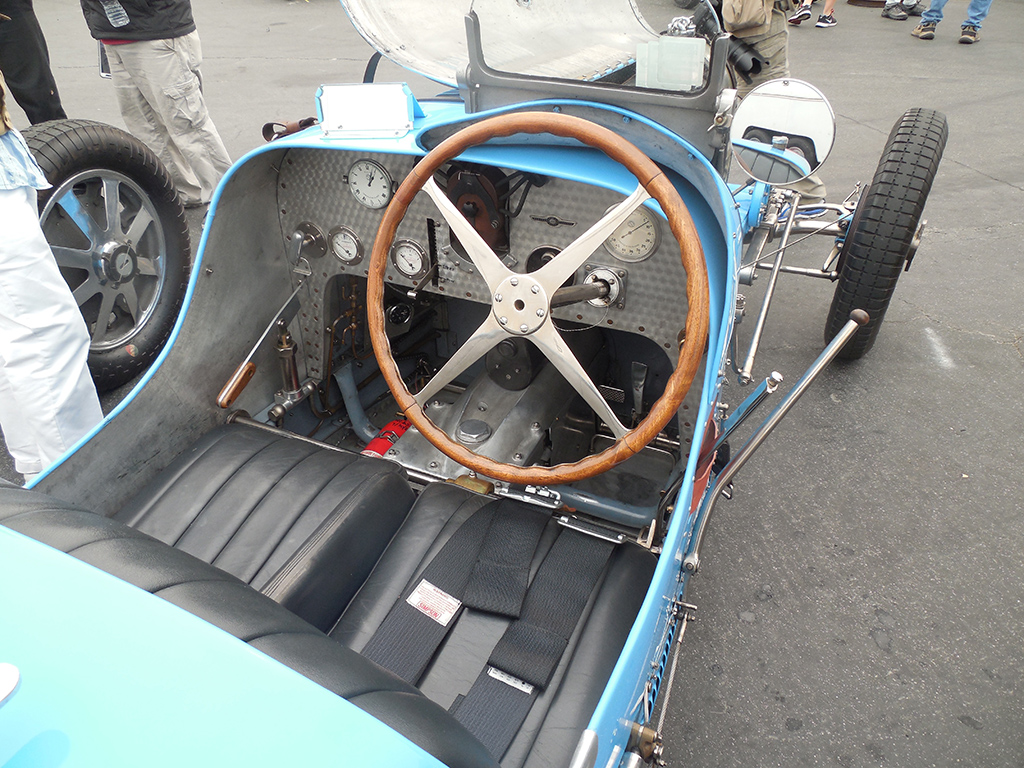 In the past year, I’ve had a couple of opportunities to help with work on a couple of Bugattis, and I’ve been trying my best to learn as much as I can. Jim Stranburg has 40 years of experience working on these cars, and offered to teach me some basics. 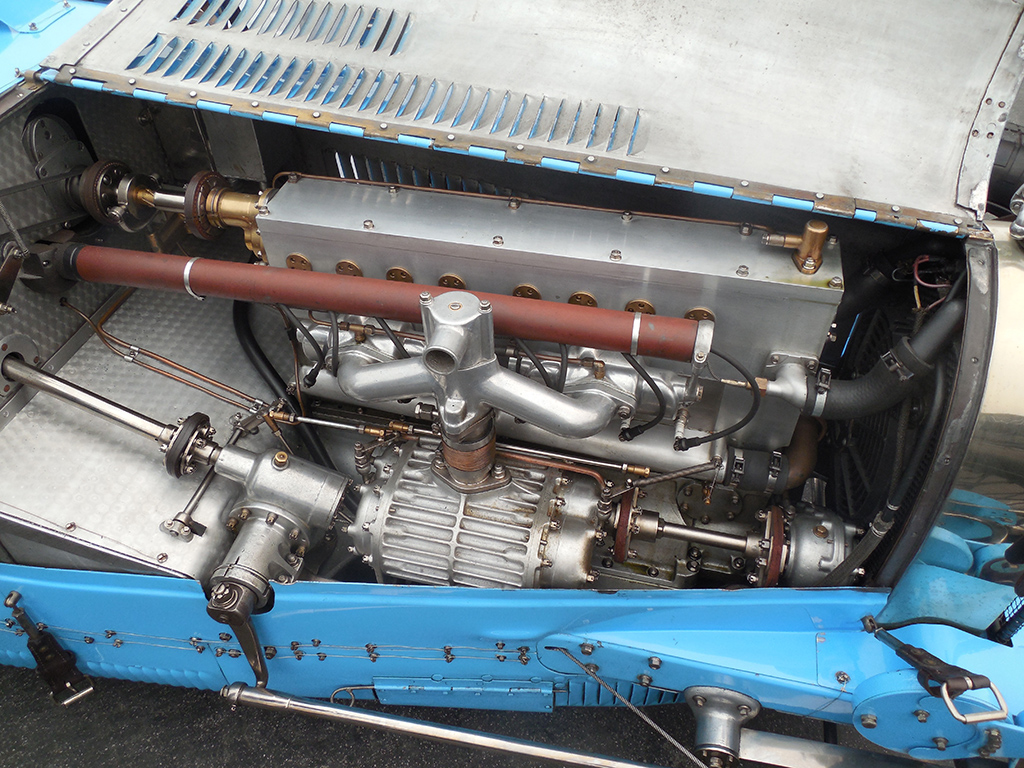 These prewar race cars are very different from the Vintage Ferraris I work on from day to day, so recognizing the parts from updraft carburetors, superchargers, and magnetos was the beginning. 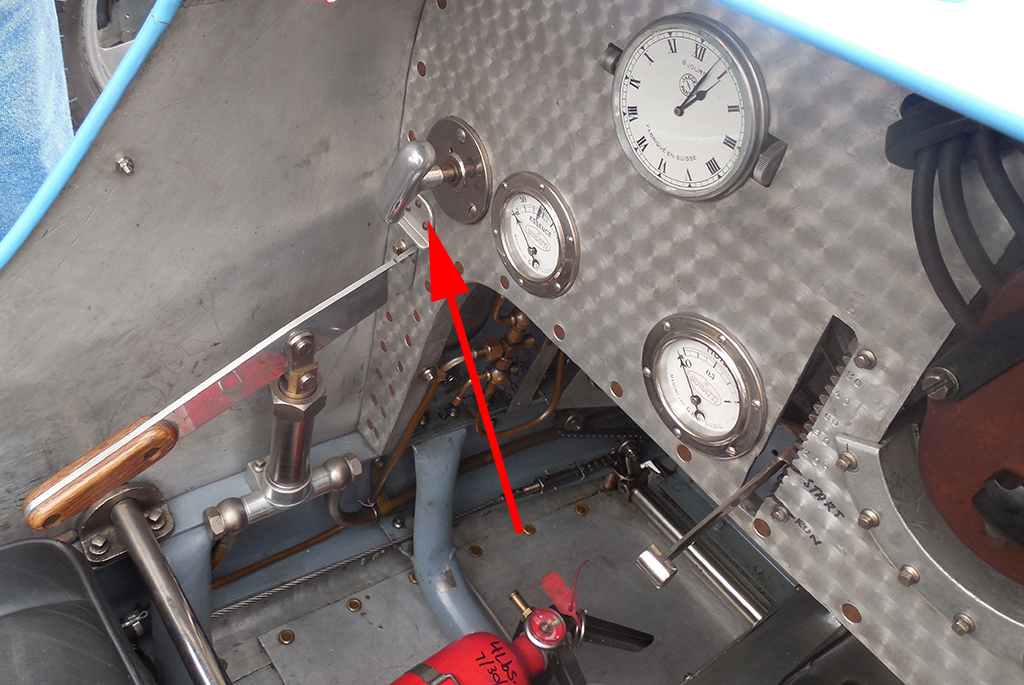 The starting procedure for a Bugatti was also different from a Ferrari, and different methods were used because the parts were different. Stock Bugattis use pressure from a sealed fuel tank to supply fuel to the carburetor, so when it’s first started, pressure has to created with a hand pump. 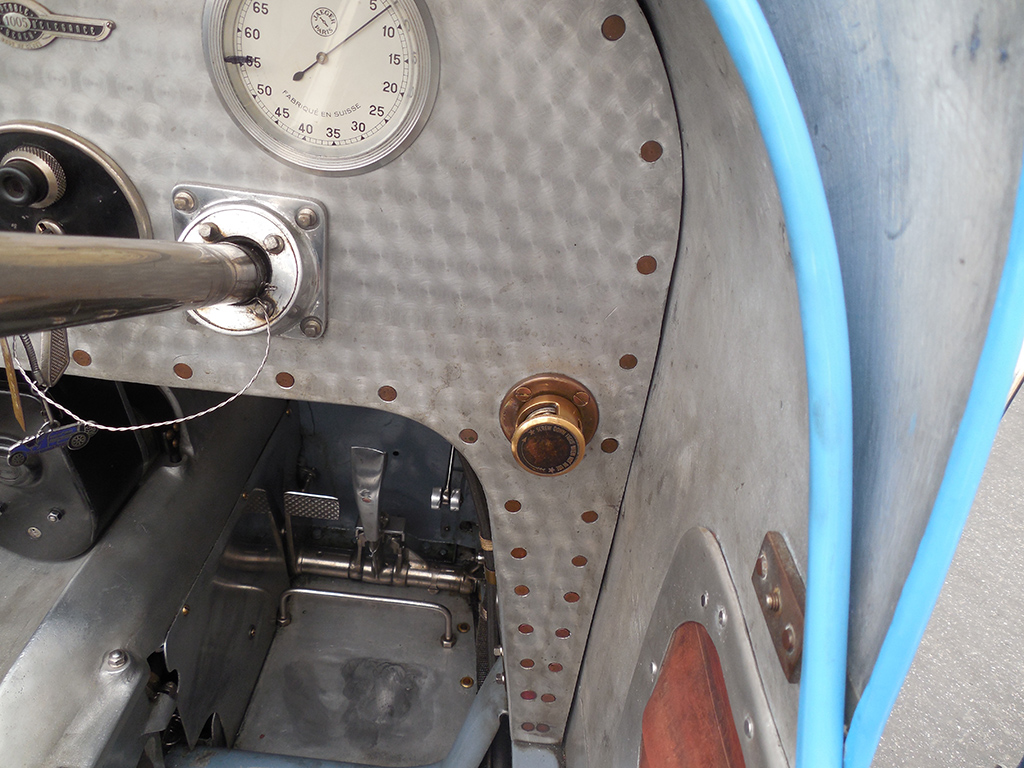 A “KI Gas” pump on the dash is used to prime the intake manifold with raw gas because the updraft carbs won’t supply enough fuel for start up. Not all Bugattis are the same however, and many owners have added modern conveniences like an electric fuel pump, so how a particular car is started is dependent on how they were modified. 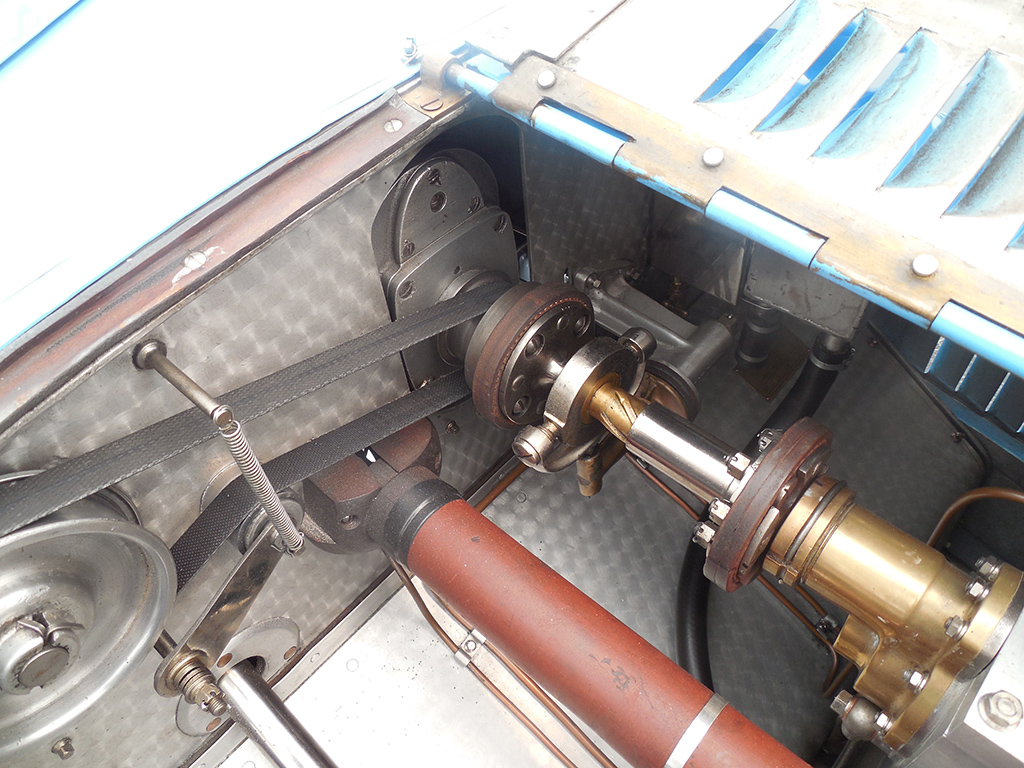 We also briefly talked about the ignition system with its magneto that’s driven off the camshaft. The mechanics were very basic, but to learn all the nuances from the master was fantastic. I hope I get a chance to graduate to Bugatti 102 for my next lesson! 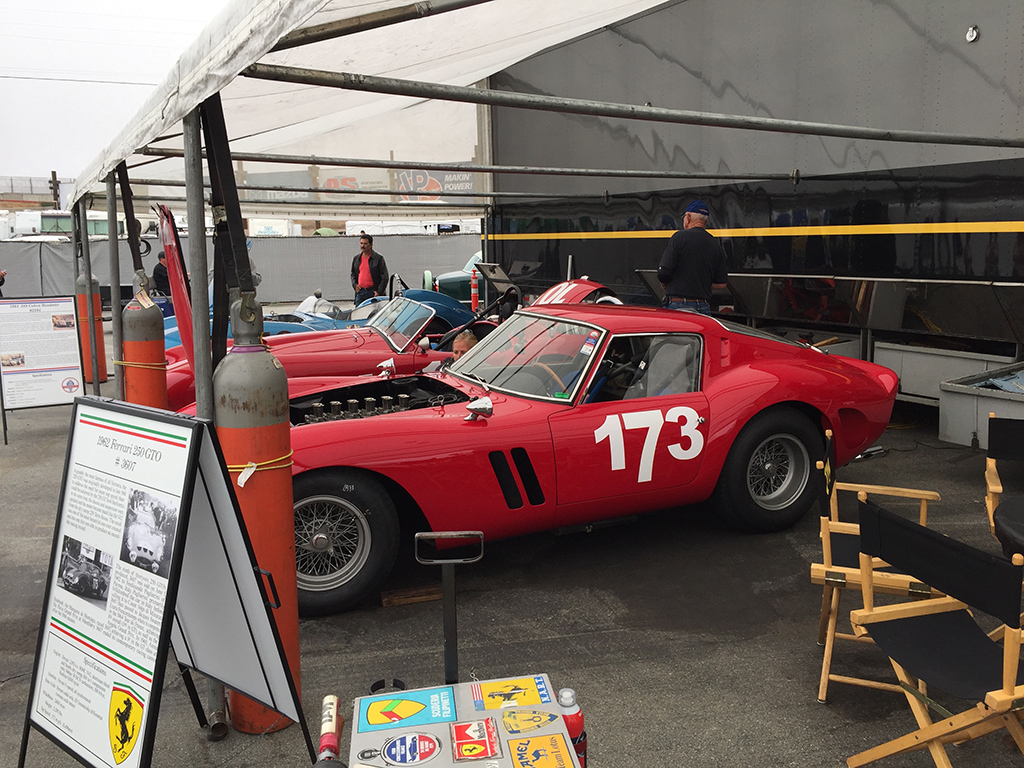 I walked 50 yards over to Dyke Ridgley’s race compound to see machines I’m a little more familiar with to see how his race week was going. Walton’s 250SWB developed a fuel leak earlier in the week and he brought in his “back up” car, a 250GTO to race in the same class! 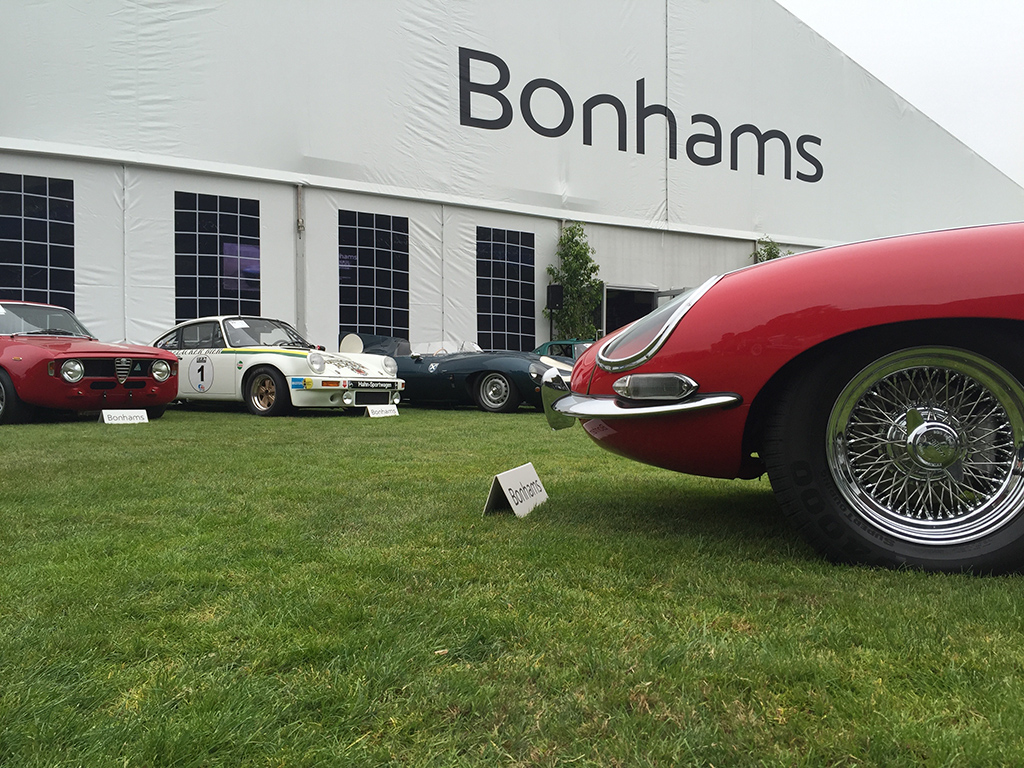 After the Track, I headed over to Bonhams to see what was up for auction at the preview. I made some mental notes on the condition of the cars so as these cars came up for auction over the weekend, I would have a better understanding to their auction results. 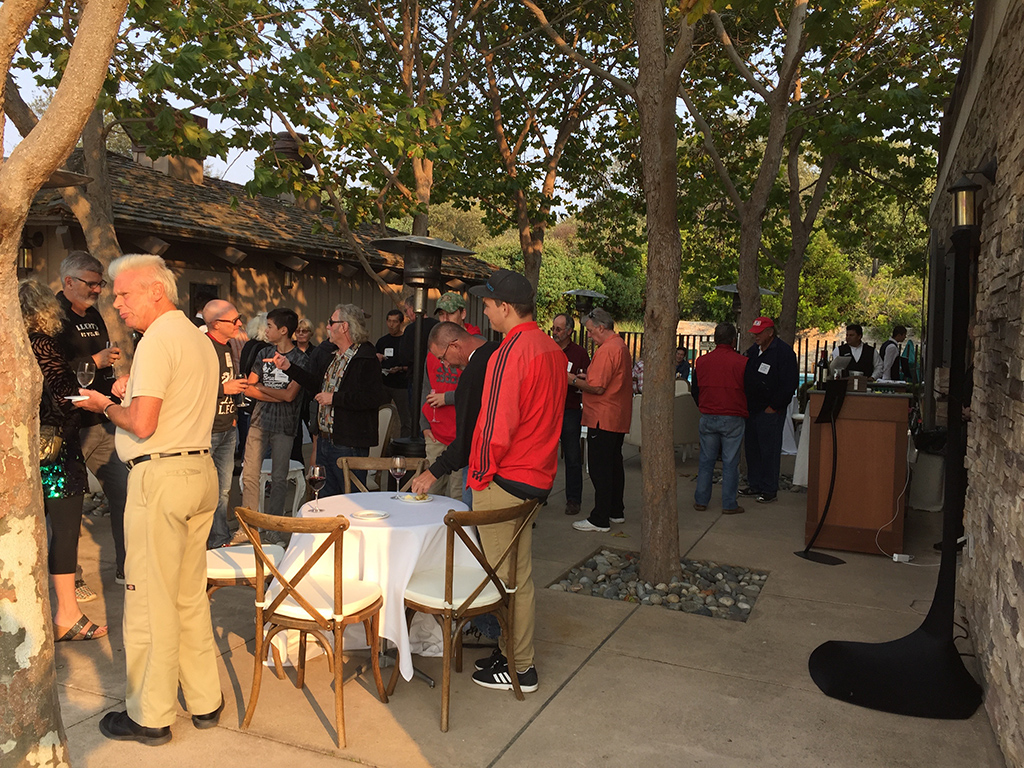 In the evening, I hosted the 6th Tomyang.net cocktail party at Quail Lodge. As usual, it was a great turnout and a great way to catch up with the Vintage Ferrari owners and fans that visit my site.