330 America Carburetors and a Fuel Sender 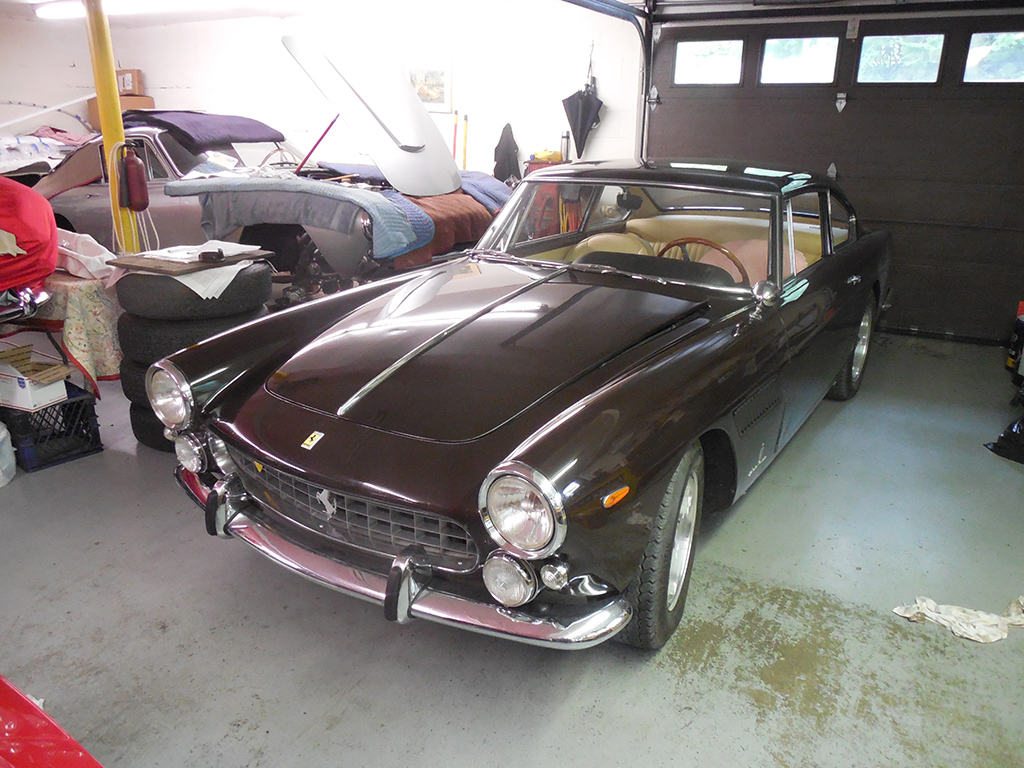 I sent a set of carburetors out to Pierce Manifold several months ago for their full rebuild. Although everything was done to stock, we found the engine was just running too lean. I also found this engine was running particularly rough at certain RPMs. I tried my best to diagnose the problem myself, but after many hours of searching for the source of the problem, I asked Francois to help take a look. 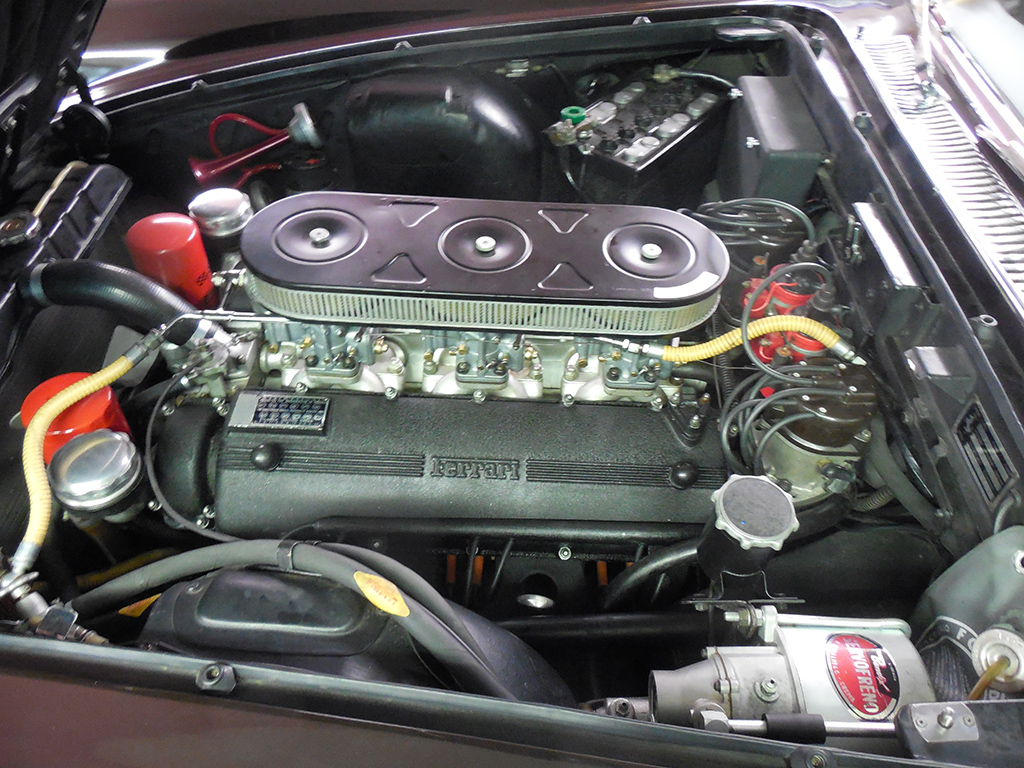 I have learned a lot from Francois, and hope that I have become competent enough to do many of the things on Vintage Ferraris without a lot of his watching over me, but this engine was kicking my ass! Even after re-jetting the carbs so the engine would run better, there was still a persistent rough spot at about 1500-3000 rpm. After many hours of searching, I was beginning to think Francois was getting stumped, but the Master prevailed! 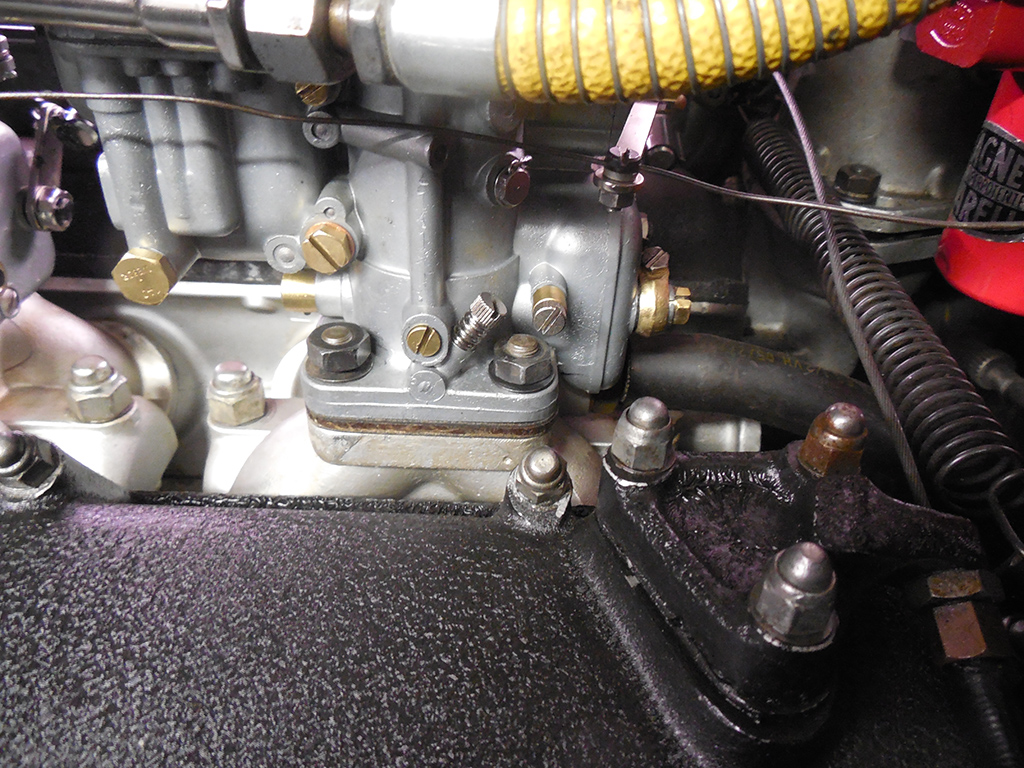 On this particular 330 engine, the rear most carburetor had a clearance issue with a fitting on the intake manifold. I made a note of this when I sent the carburetors out for rebuilding to return the same carburetor that had been modified by the factory to clear the fitting. When the carbs came back from Pierce Manifold, I put everything back as they came off, but something had changed just enough to change the clearance on the rear most manifold. Maybe it was the straightening of the base plates, maybe it was the thickness of the gaskets, but there was just enough of a change to cause the carburetor to sit crooked on the intake manifold and cause an air leak. This vacuum leak was the source of our rough running, and once Francois made room for the carburetor to clear, the leak disappeared and the engine ran smoothly all the way up and down the rev range. Again, I have learned something new from Francois! 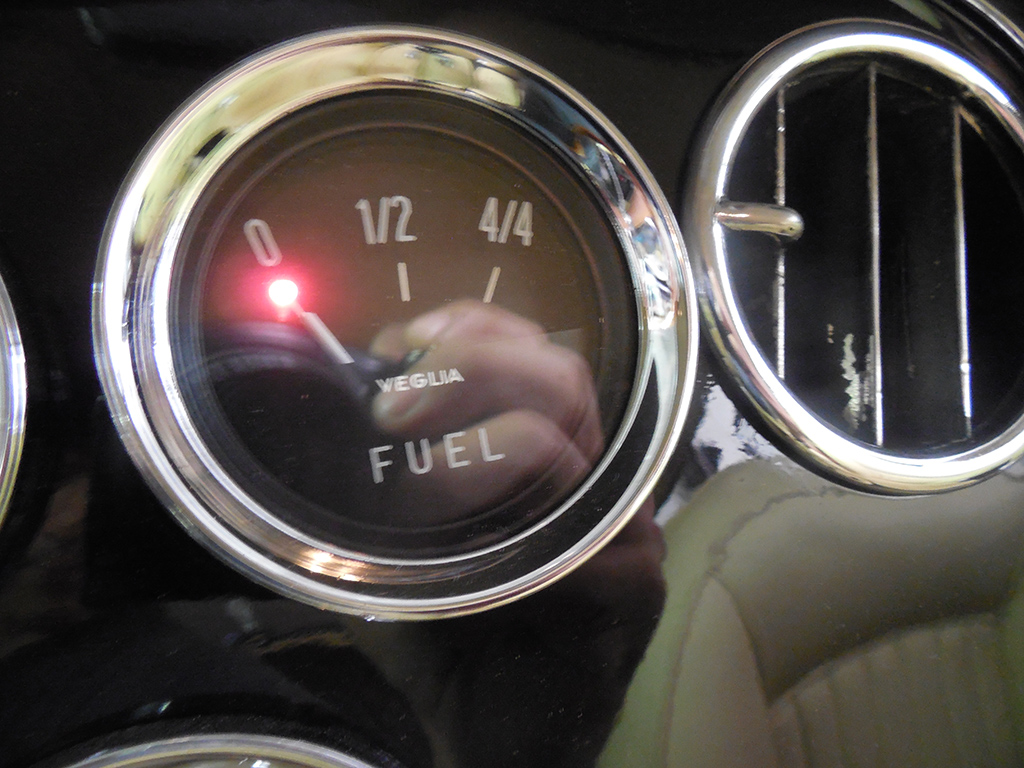 I was very happy to finally get the 330 America ready to go home, but we noticed the low fuel light was refusing to turn off. We added more fuel, and the gauge wouldn’t move off of zero. We drove the car to the gas station and filled the tank without any change on the fuel gauge. 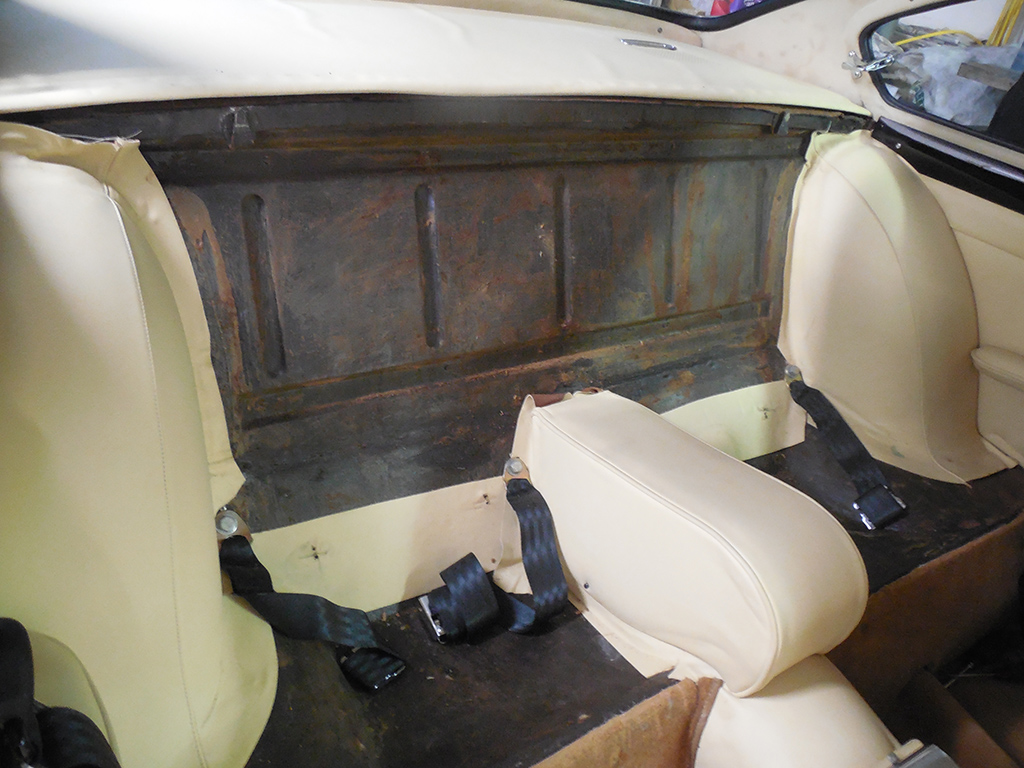 The only solution was to take a look at the fuel sender that was accessible through a hole under the back window. On 2+2 cars, this required removing the rear seats and back package tray panel. 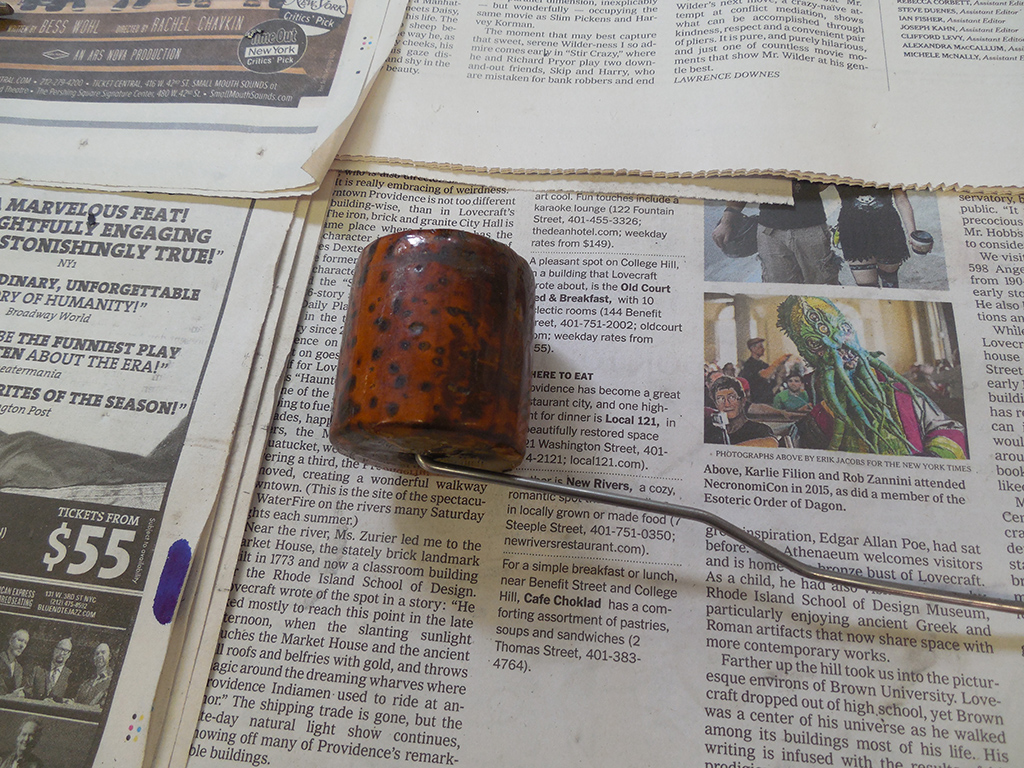