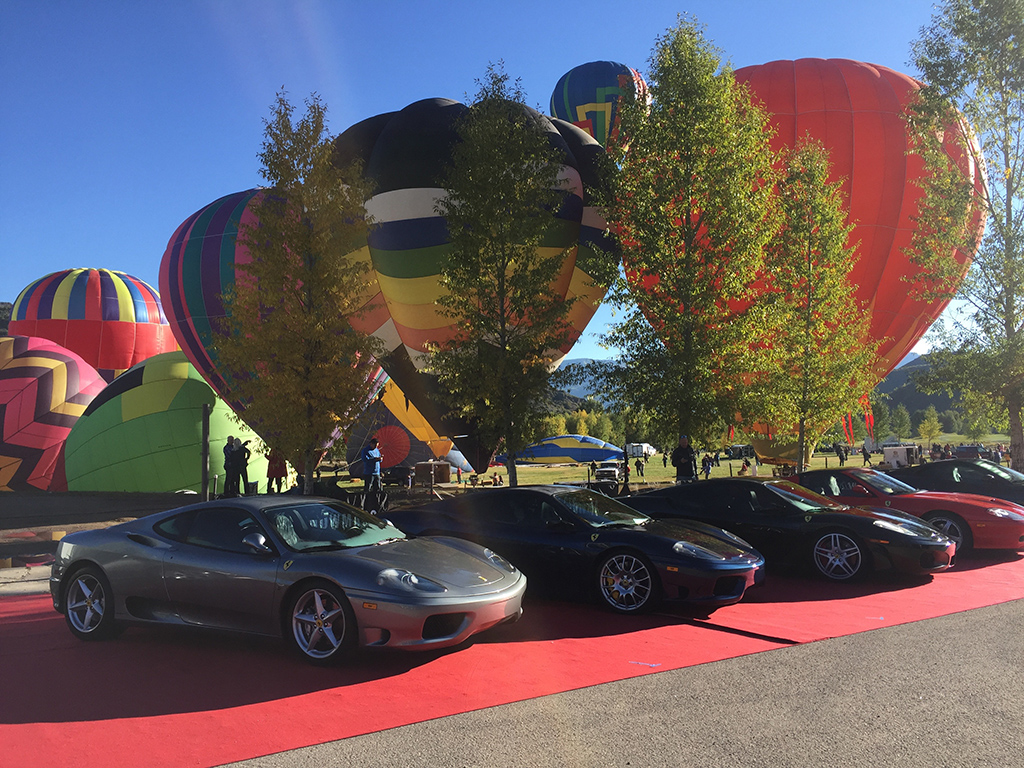 I was invited back to work for Bradley Farrell at The Finest Auctions for their auction held at Snow Mass Colorado last week. I’m credited as a “Specialist,” but I felt more like a traffic cop/drill sergeant! I’ve been working for this organization for the past year, and have learned a lot about the automotive auction business during my tenure. My main job has been to coordinate the loading, unloading, placing, and shuttling cars for preview and presentation during the auction. The Colorado auction was nearly double the amount of cars we had in Pennsylvania several weeks back, but I was up for the challenge! 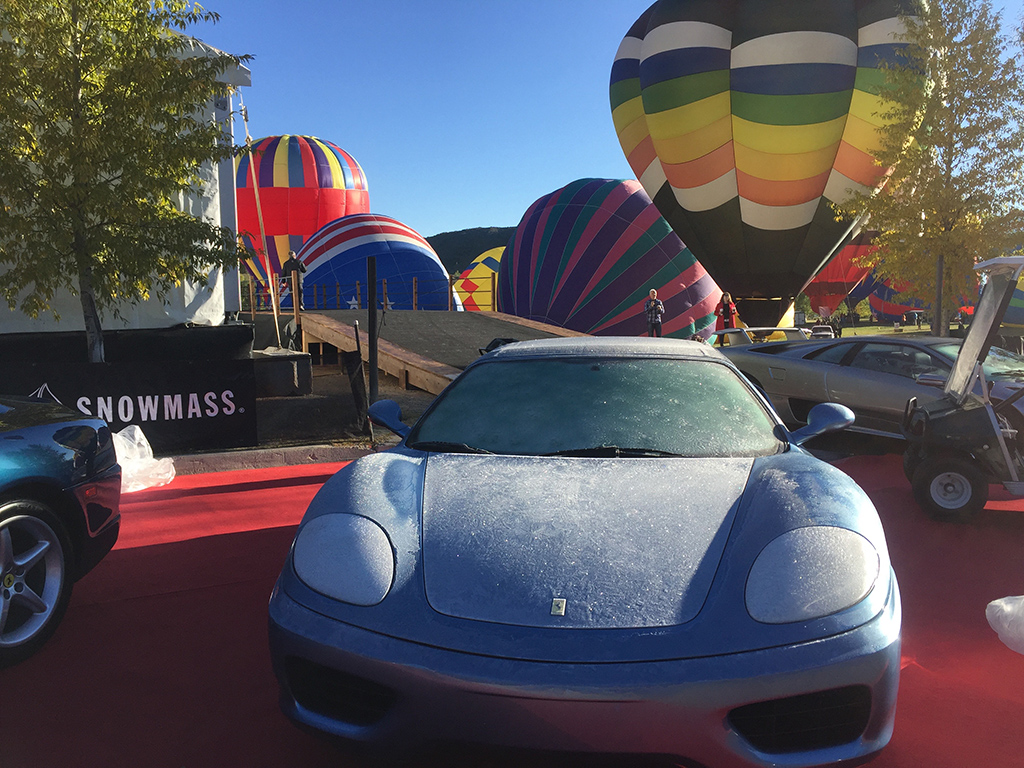 The Auction date coincided with a couple of other events in the area including a balloon festival, but the cold morning air might have been perfect for launching a bunch of balloons, but not so much when you have to place cars on a stage! Luckily, by mid morning, the frost burned off, and we had a couple of spectacular days in the Mountains. 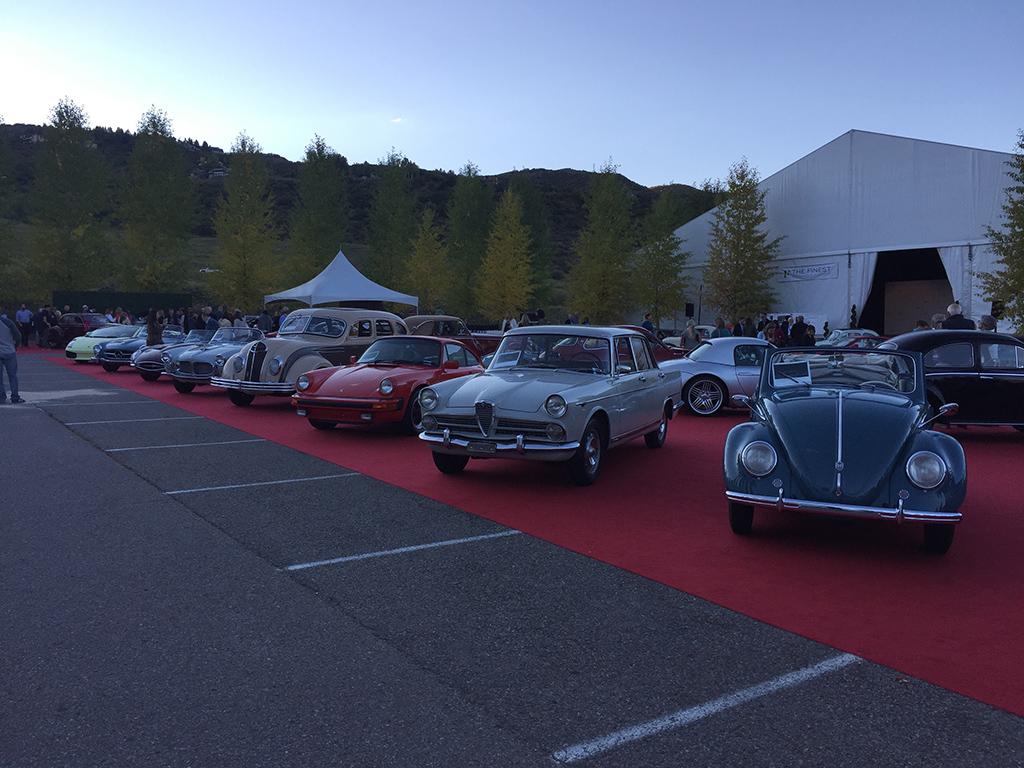 Although I missed a couple of people this time around on our crew, we managed to pull the rest of us together and get all the work done. I had a stellar crew working behind me, and I can’t thank them enough for their support and hard work. I managed to get 58 cars on the block, off the block, and nobody or car got hurt. A successful day in my book! 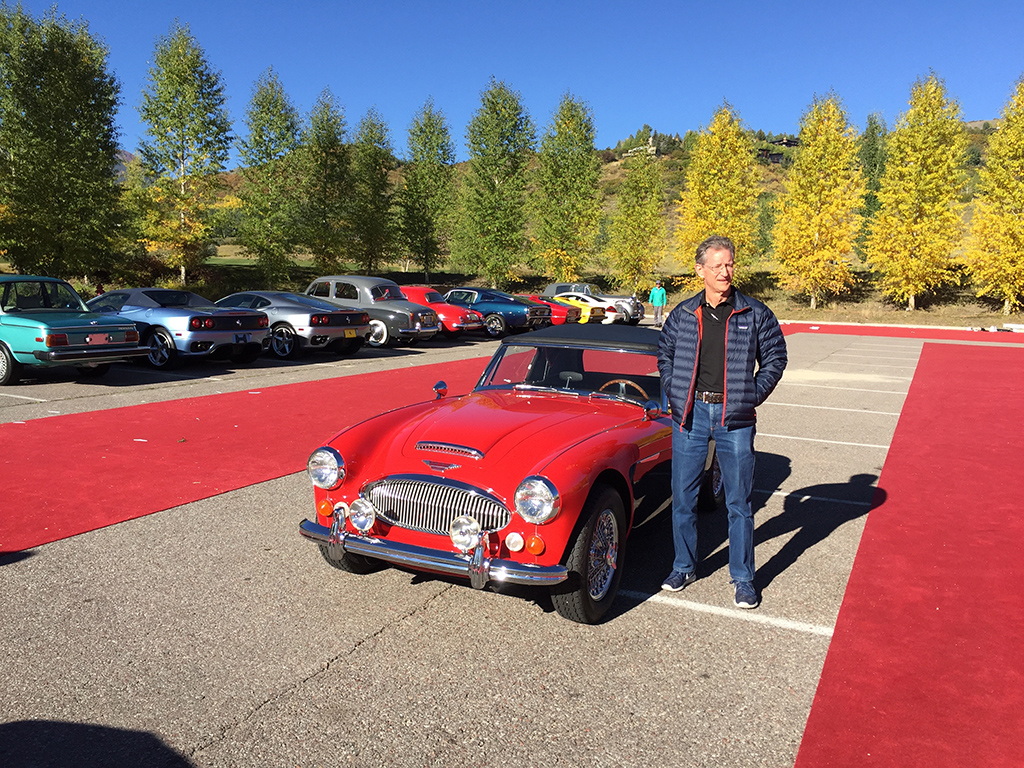 You may see a lot of auctions on television, and read about it in the magazines, but what you don’t hear much about is what happens “After the Hammer Falls!” (You heard that line first here)  Another role I played for The Finest, was to wait to deliver cars to winning bidders over the next couple of days after the auction. It was great to meet some of the lucky winners, and introduce them to their new purchases after their funding cleared. 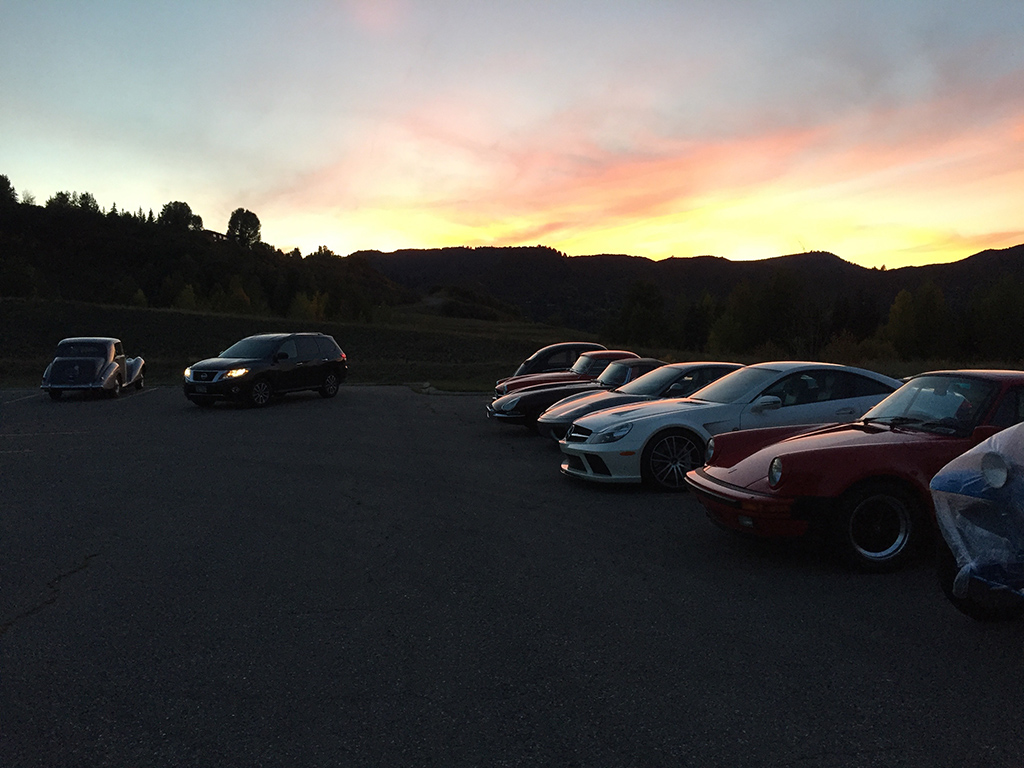 A darker side of the Auction Business (literally) was the numerous hours of waiting I had to endure to send cars out. Aspen did not have an abundance of warehouse space to store the unsold cars and the ones waiting for their new owners to pick up, so we took turns waiting with the stragglers.