In For a Penny, In for a Pound! 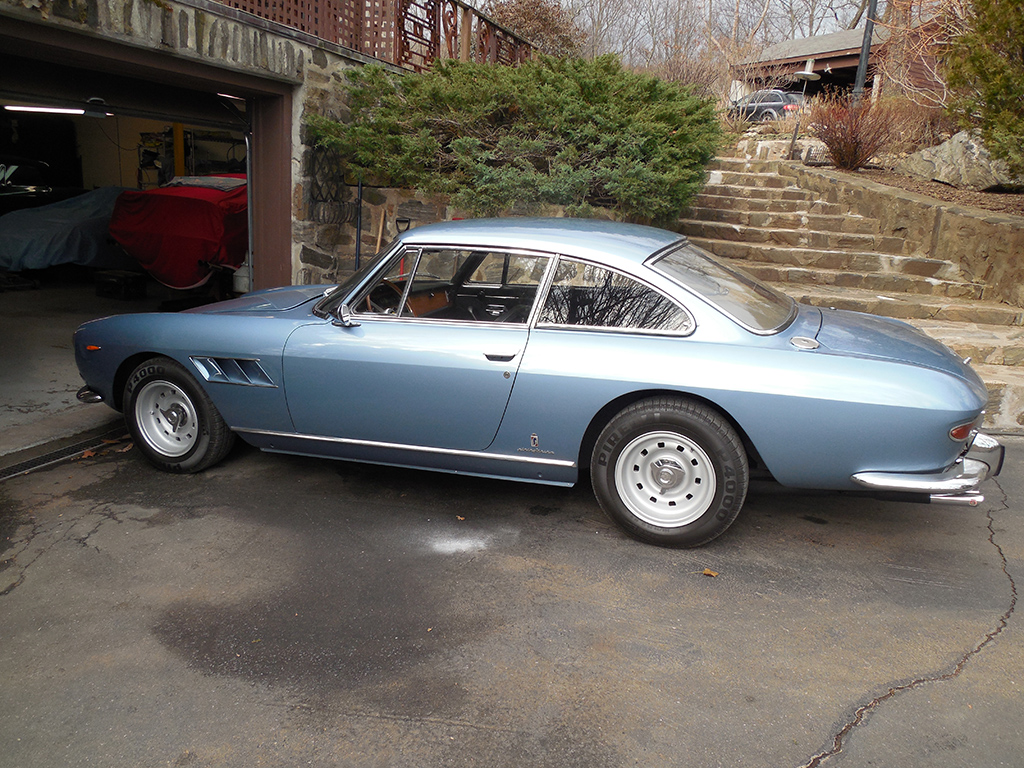 A nice SII 330GT 2+2 is back at the shop for some more work. The owner has been enjoying the car all summer, but wanted to get some cosmetic things sorted on his car this Fall. 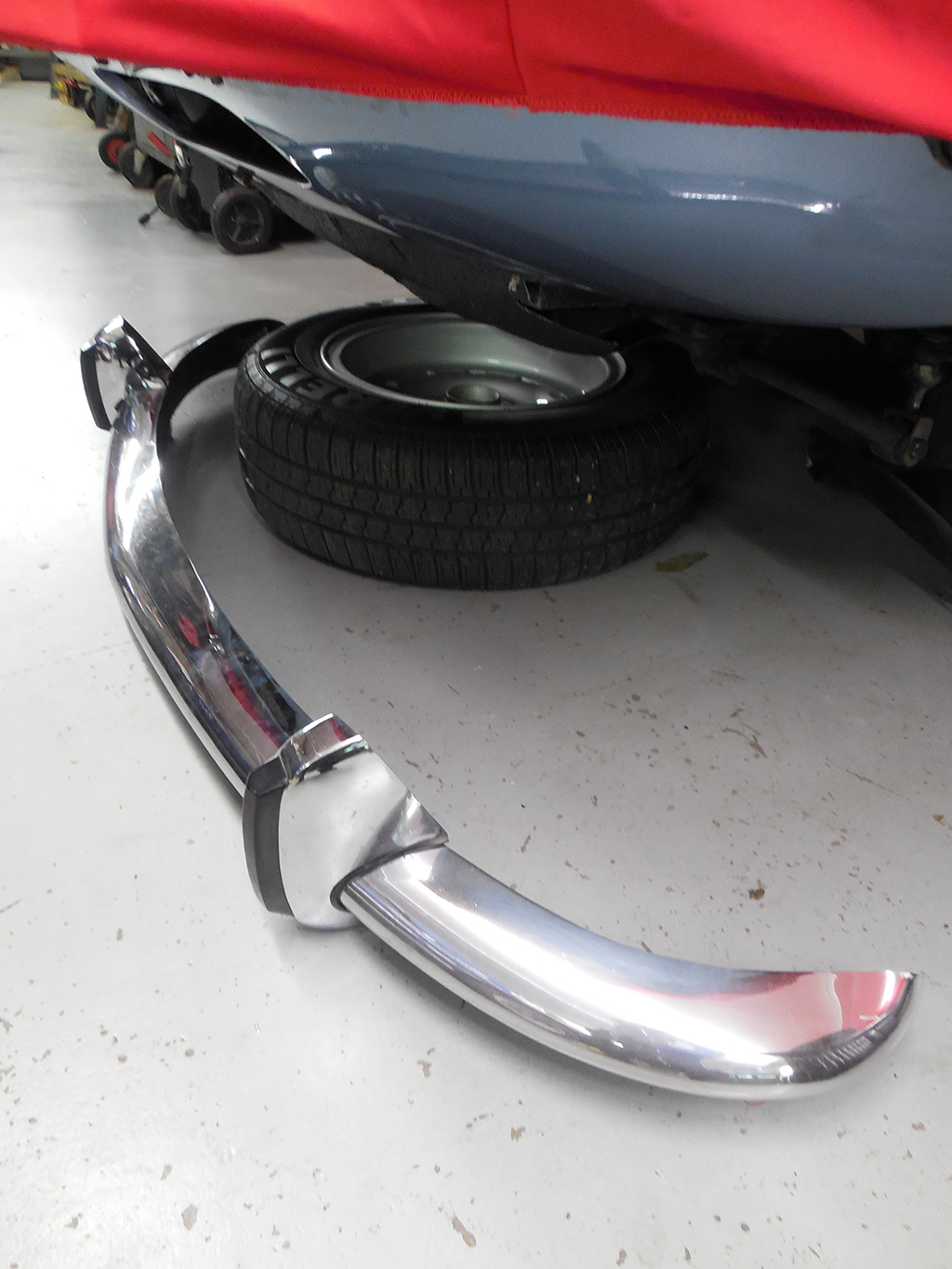 There are several chrome pieces on this car that are showing signs of rust, and the owner wanted to get them re-chromed to match the nice paint on the car. Before we started, the owner and I discussed what should be done, and at what cost. Estimating work on a car, especially an old Ferrari is not an easy thing to do, but I understand no one wants to head into a project with an open check book. Often times, I can’t get an idea on how much chrome work will cost until I remove it from the car and give it to my plater. Repairs on bumpers are extra on bumpers, and they’re done by the hour. I also advised the owner to be careful how much to have rechromed. Often times, decent chrome looks horrible if the piece next to it is freshly done, but one would never notice it until it’s too late. We didn’t want to re-chrome everything on the car, but also didn’t want the car to look mismatched! 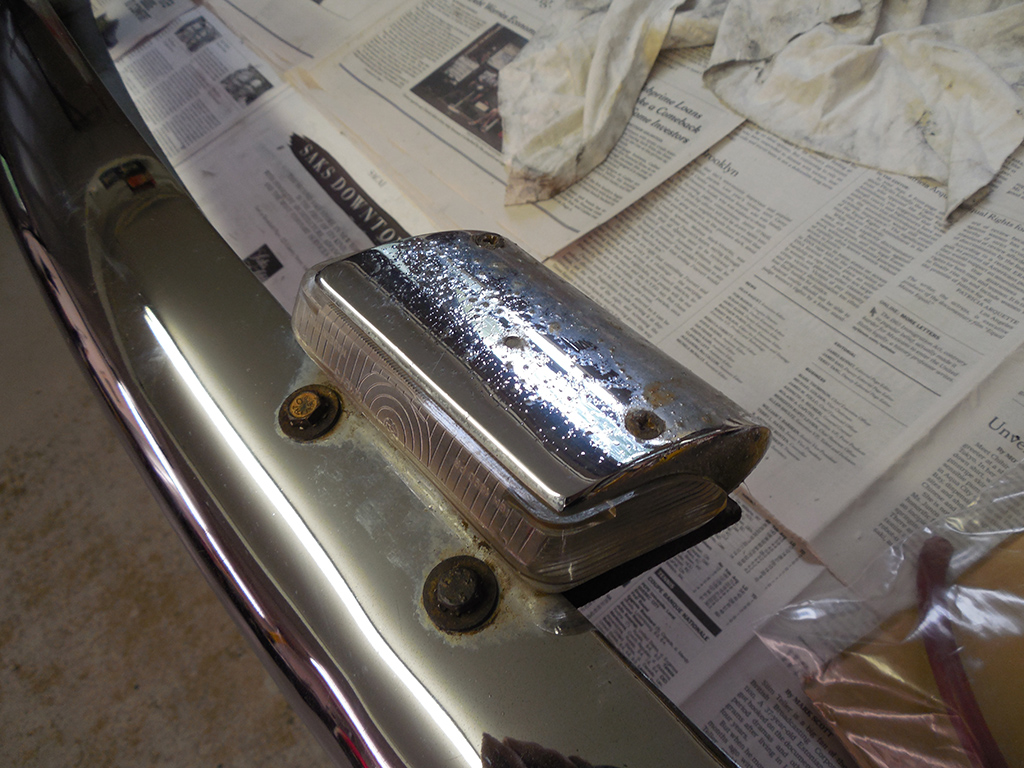 A great example is with the reverse lights at the rear of the car. Not replating these pieces while the bumper is apart would be silly, and will look even worse when the bumper is nice and clean. Of course the light has to be disassembled, and the special mounting screws will have to be plated as well… 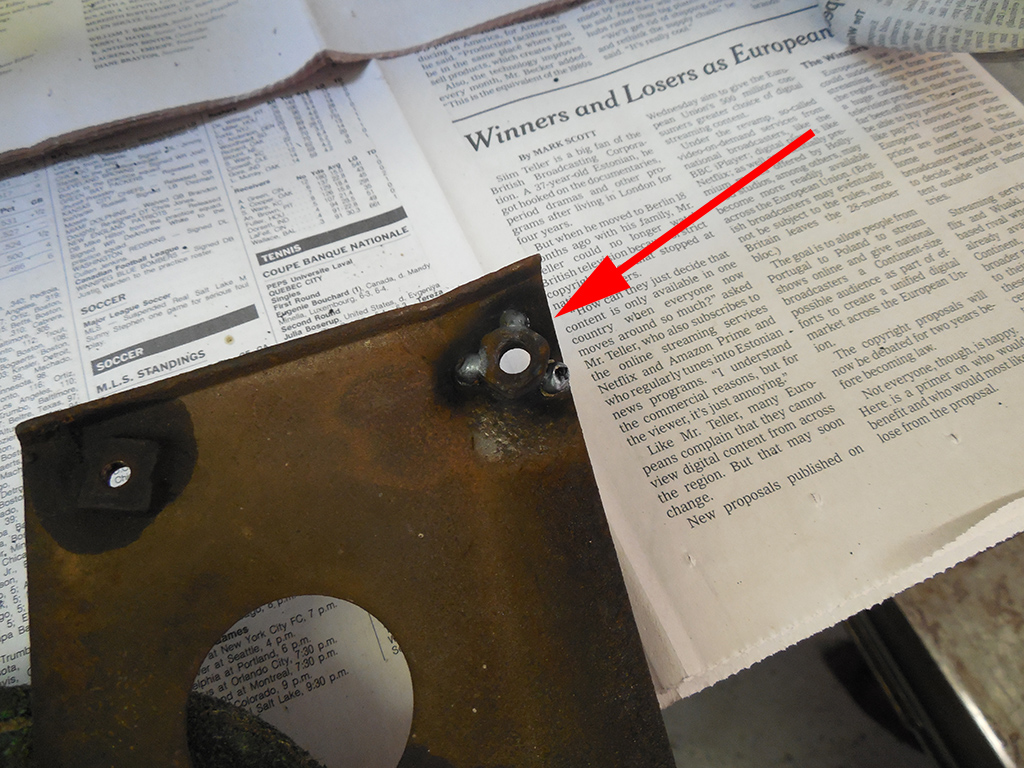 Care has to be taken not to shear any bolts, and to repair parts that will make mounting easier. I re-welded some of the nuts back on the reverse lights so when the piece is reassembled, it’ll go back together correctly. 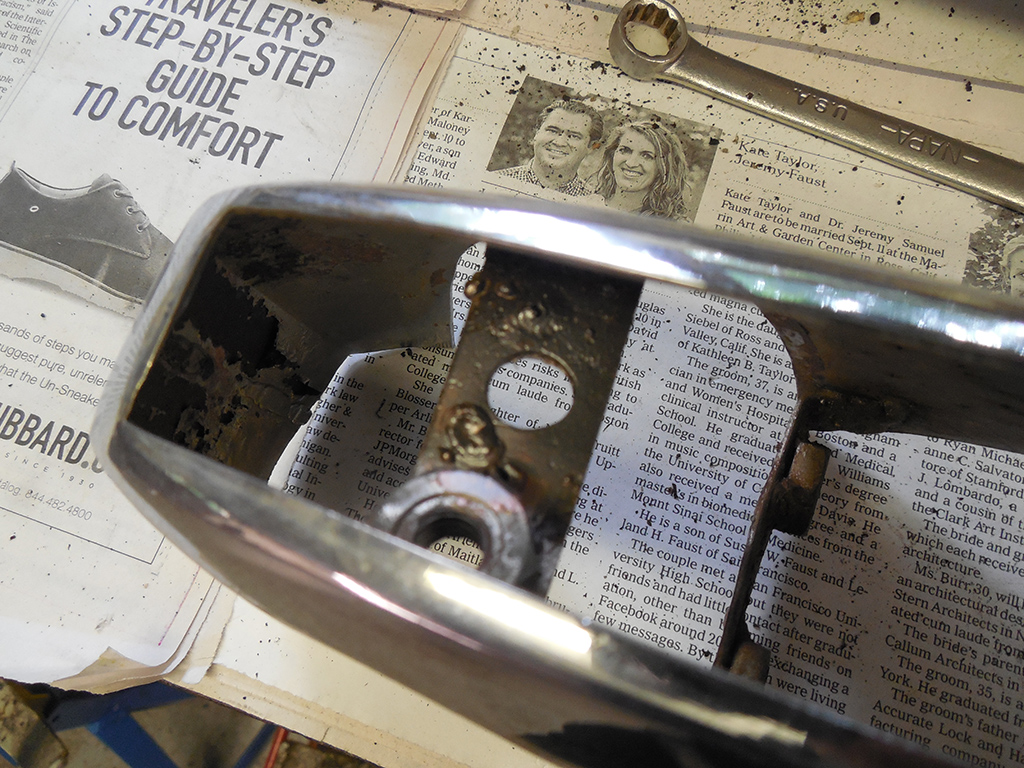 Other nuts inside the bumper overriders had also broken loose, and had to be reattached. I brazed these in place. Making these repairs now is absolutely imperative because the plating will get ruined if you weld on this part later. 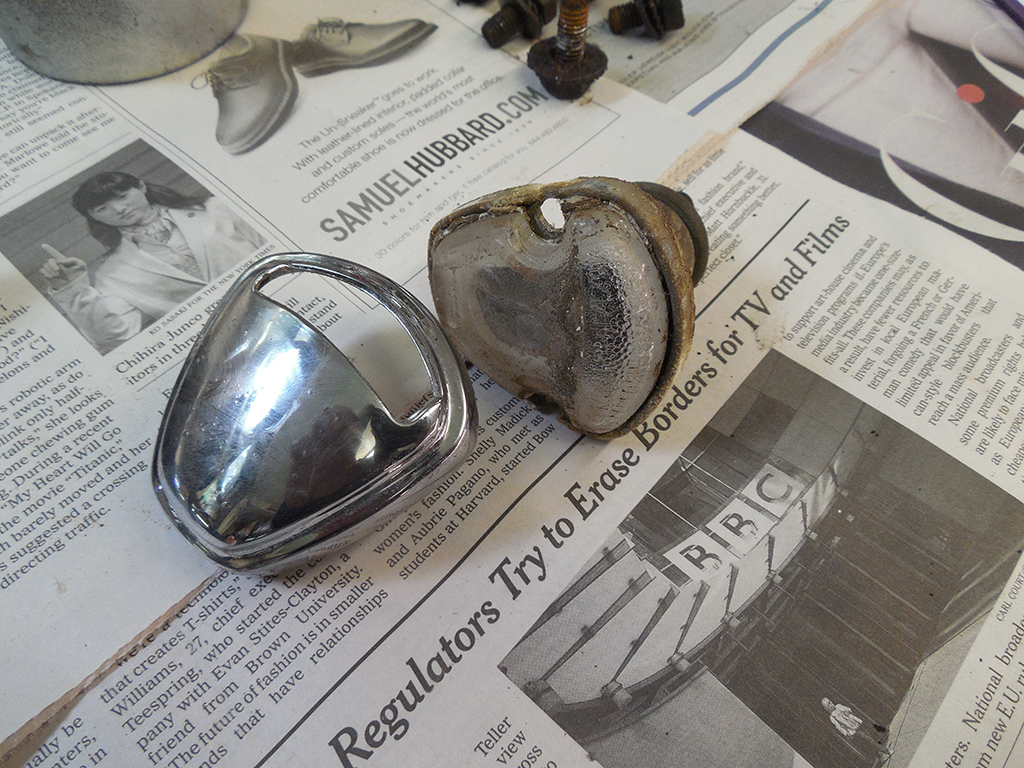 Disassembling bumpers seems like it wouldn’t take a lot of time, but there are a bunch of fiddly little pieces. These license plate lights had to be disconnected, disassembled, and cleaned before going back together after plating. 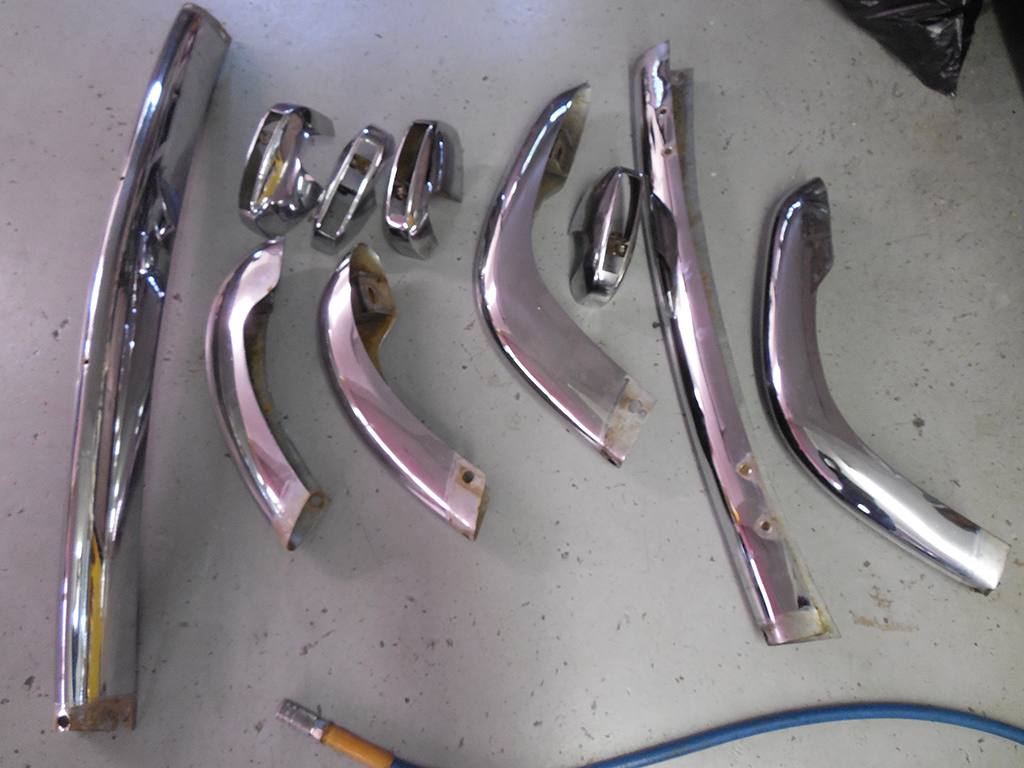 I made a pile of chrome plating, cataloged it, and will send it off for chrome. 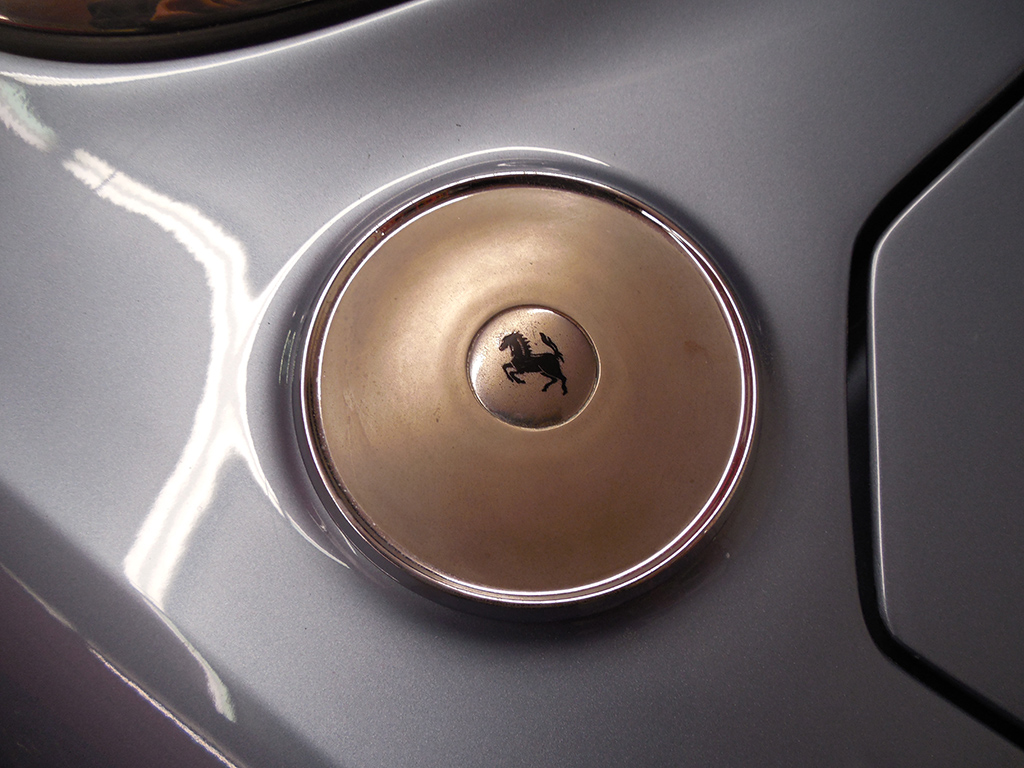 I’ll add the gas cap to the pile of plating. The center with the cavallino gets chrome plate (which is thinning) along with the outer ring. The body of the gas cap gets painted body color which I’ll get done when the part comes back from the plater. 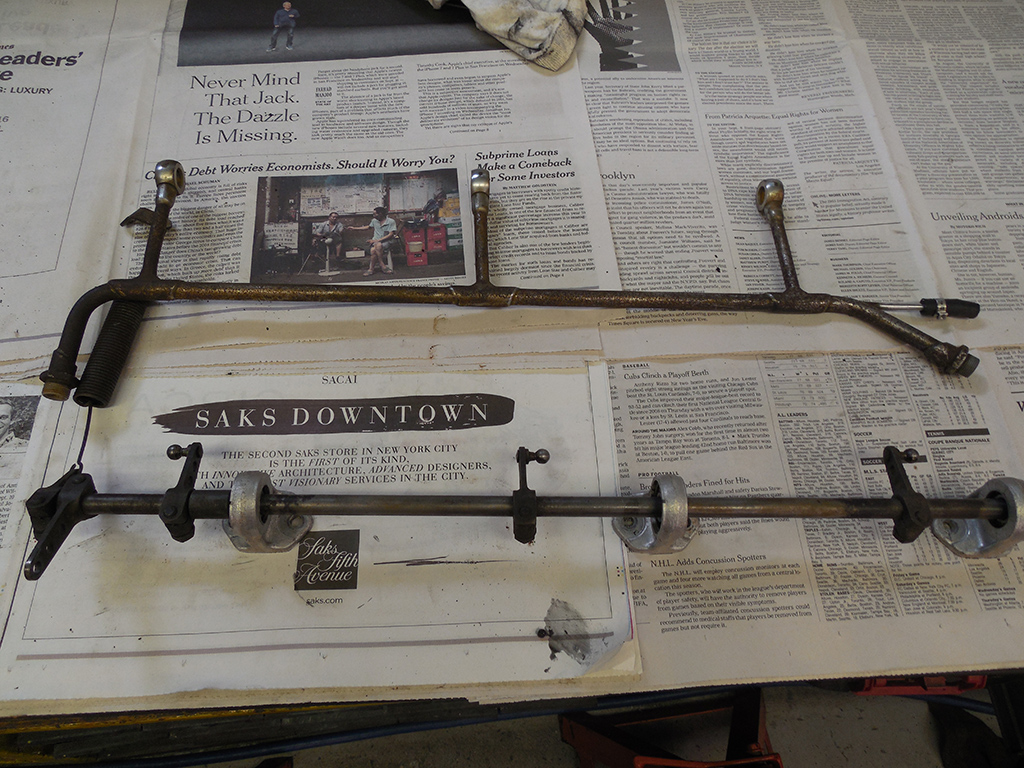 Since we’re doing an engine detailing, I’ll send the fuel rail for plating as well. The fuel rail is an interesting piece. I’ve seen nickel and chrome plate for this piece. I tend to think it was a very thin industrial chrome plating that was original. I have to remember to talk to my plater about how to handle this piece, otherwise it’ll come back looking too nice!

The throttle rod will go out for black oxide, along with the carb linkages, and the bearing stands will get wrinkle black. Details, Details! 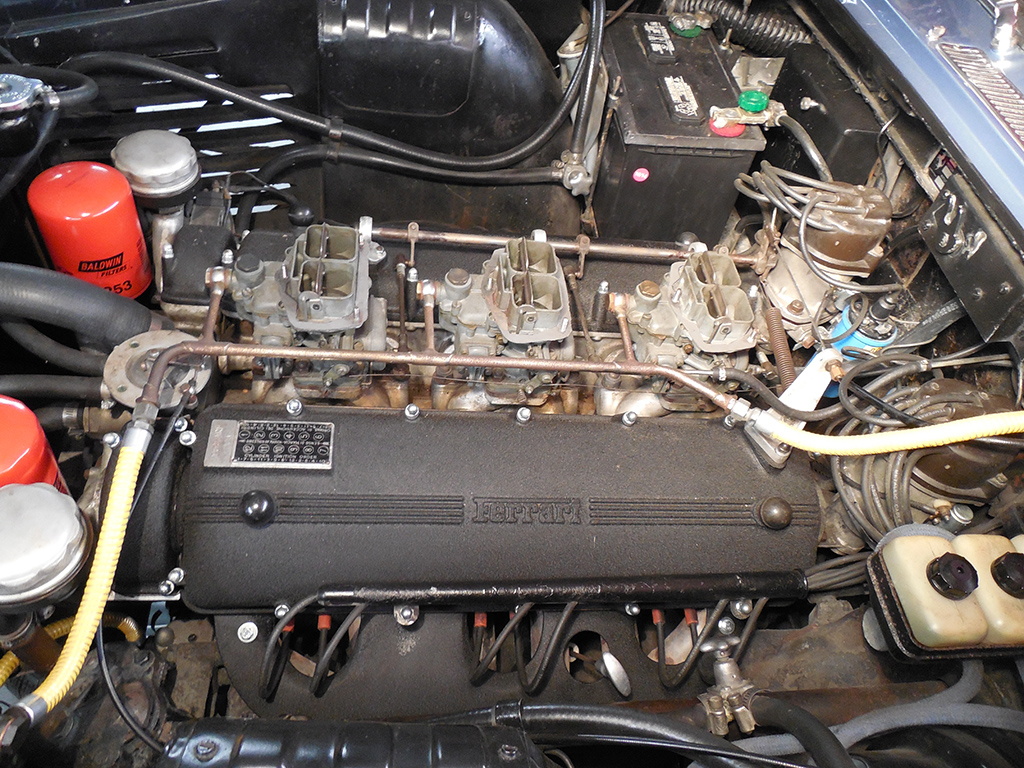 There are a bunch of little details in the engine compartment. I already mentioned the fuel rail and throttle linkages. The brake reservoir bracket needs to be white cad plating and the throttle stand needs to be wrinkle black. The spark plug wire tubes need to be repainted to match the nice wrinkle of the valve covers that we did last time, so I can put new wires, o-rings, and grommets on the tubes. The distributor caps will need new numbers, and polishing. I’ll install black oxide bolts to secure the exhaust heat shields (lobo bolts preferred), and I’ll replace all the stainless acorn nuts with correct cad plated steel ones.  I’ll also paint the Bosch coils red, even though they’re not original Marellis (don’t tell anyone!). All the hose clamps are wrong and will be exchanged for correct ones. The oil filler caps will be cleaned up and polished a little bit, and the steering box will get repainted.

I won’t be making a show car out of this 330, but we would like to have a car that presents well, and the owner will be proud of it no matter who sees it. Wish me luck!