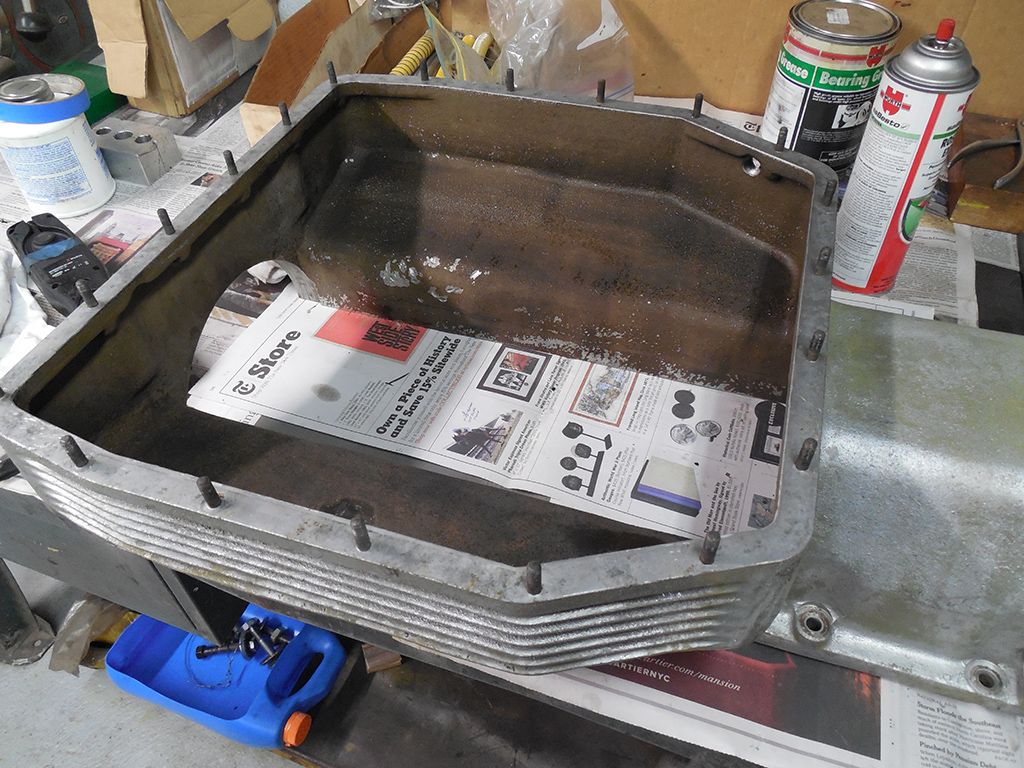 After removing the heads from the 365 engine, I dropped the oil pan, but noticed some strange marks. 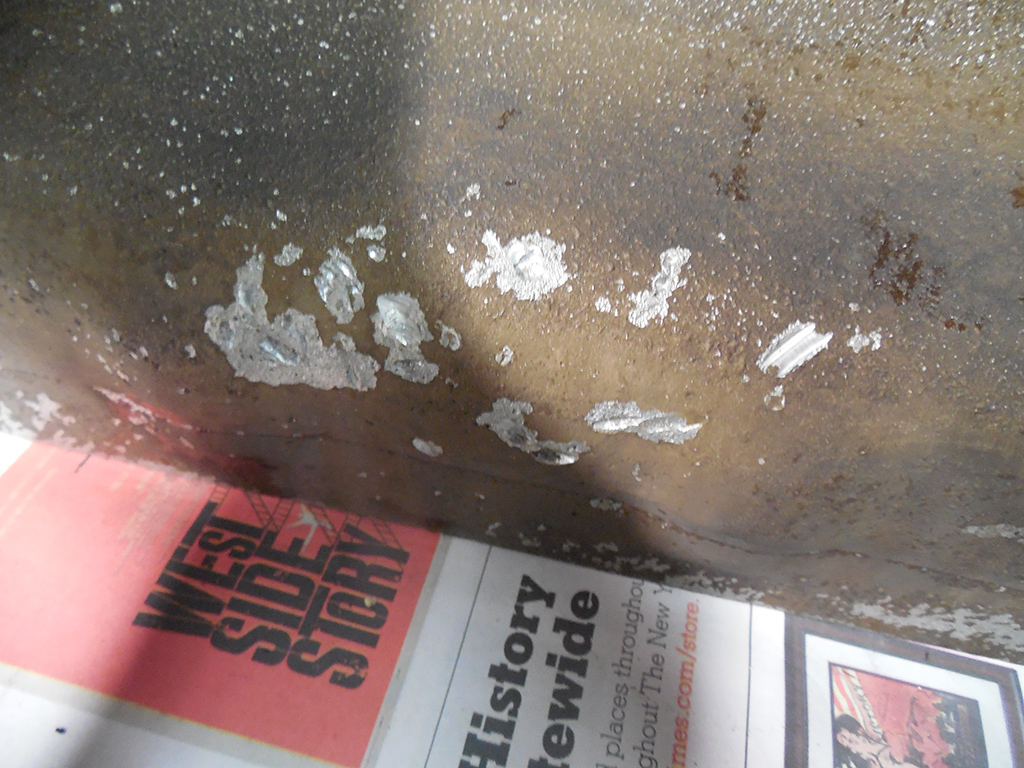 There should be nothing inside an engine that should touch the sides of the oil pan to make nicks and gouges. 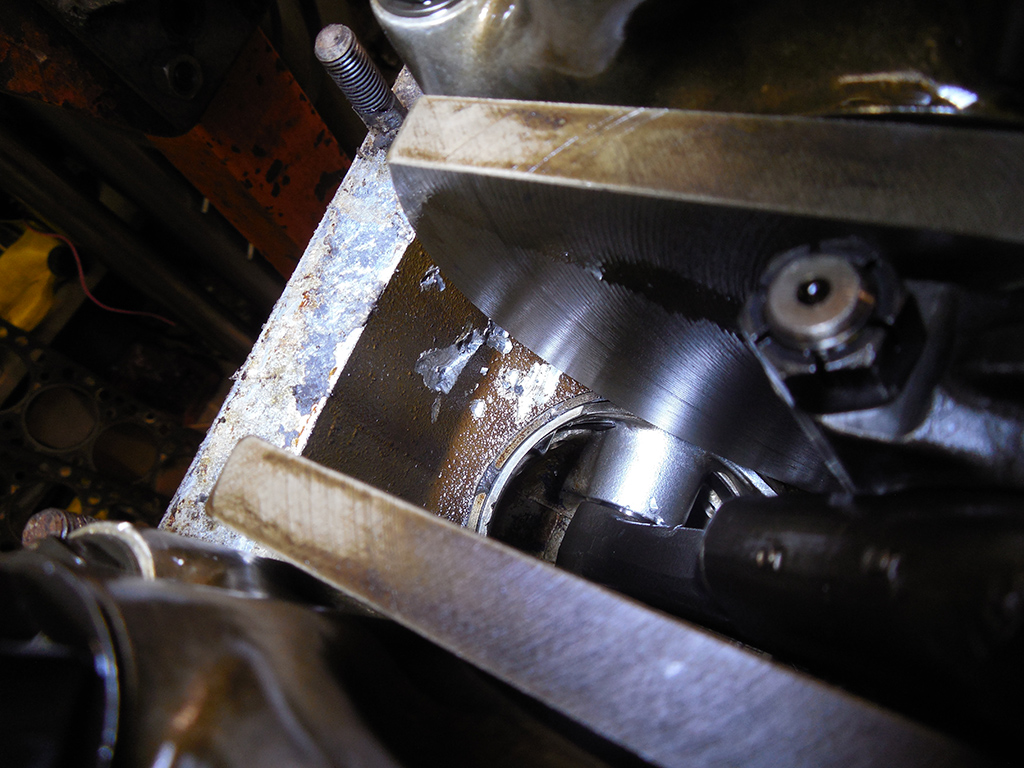 I found more at the bottom of the engine block which was not a good feeling. 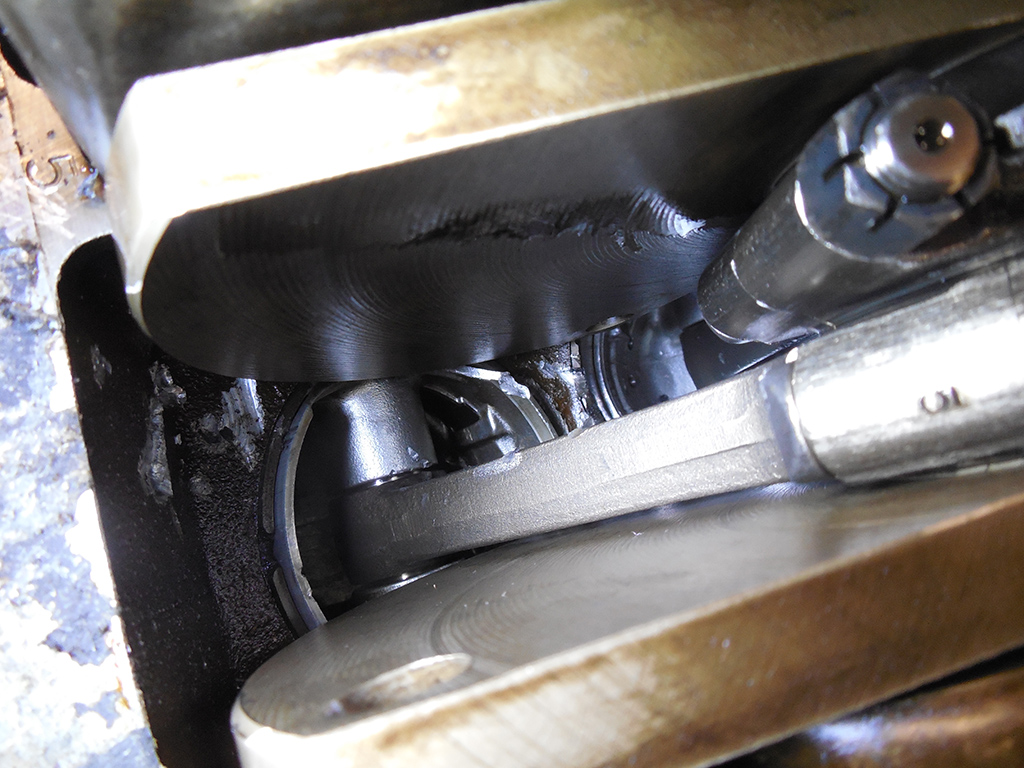 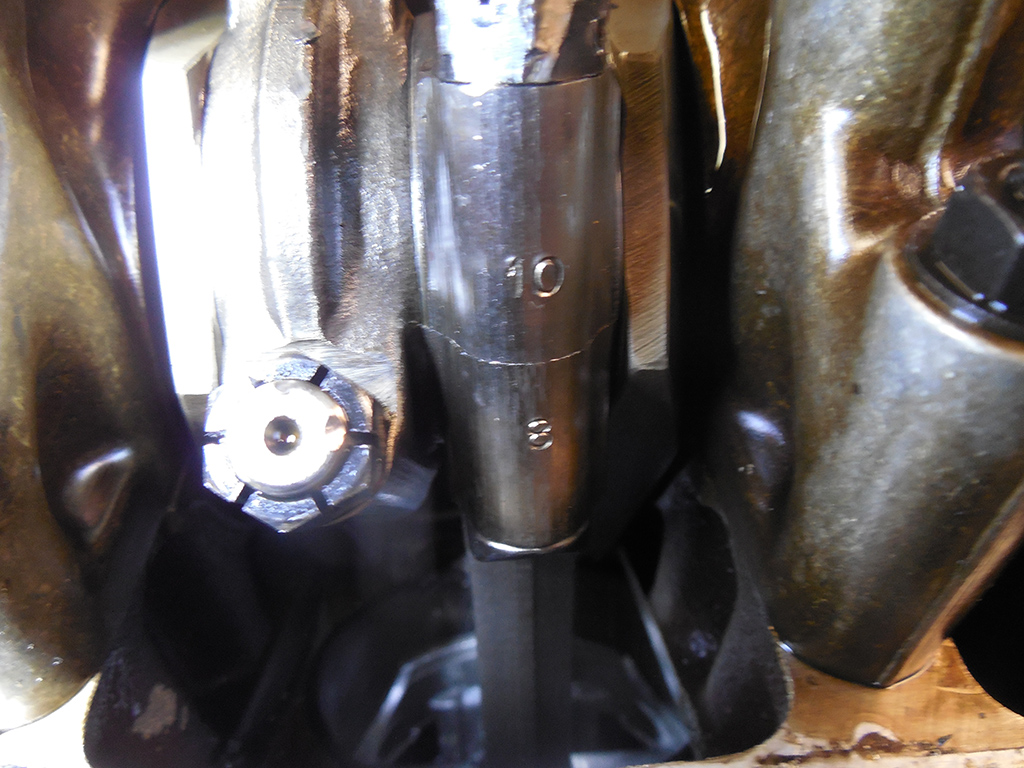 Whenever we take an engine apart, we take careful notice of the parts and gaskets. Original gaskets and sealers give us clues to whether an engine had ever been taken apart before. Rarely do we see virgin engines anymore. They have all been apart, and often several times. This engine had a mismatched rod cap. Ferrari stamped the cylinder numbers on the the rods, matched them to the end caps, and had them facing towards the outside of the block. Although mistakes have happened at the factory, it’s more common to find mistakes done by a subsequent shop.  This mismatched rod cap was probably due to the original one being destroyed. 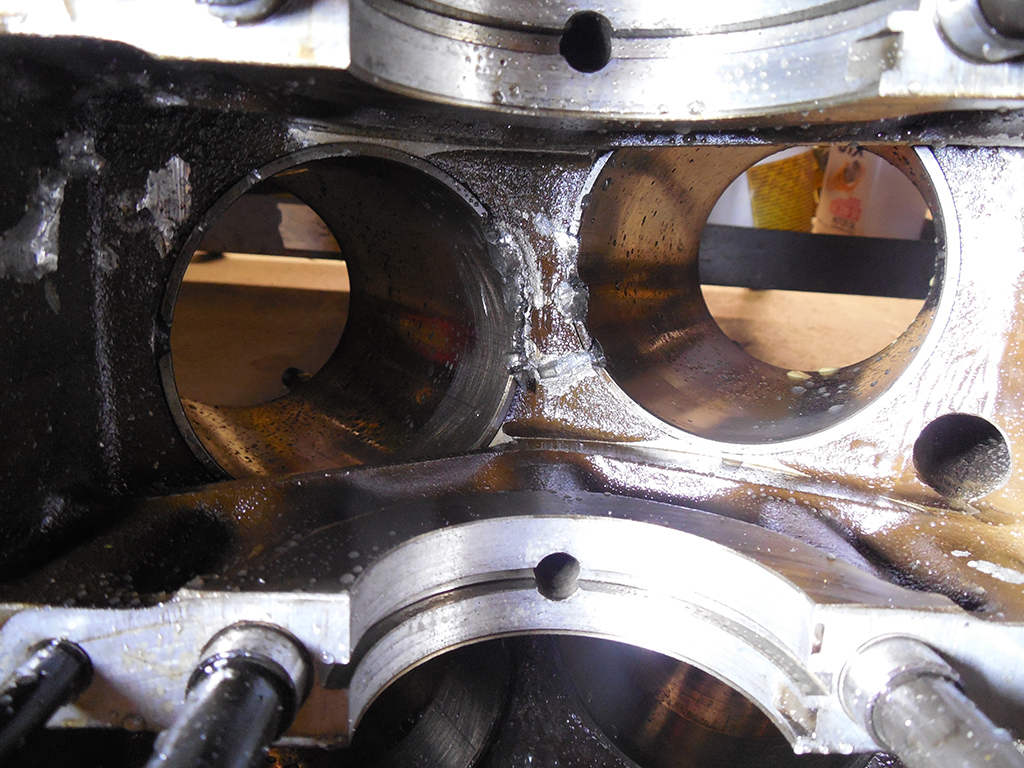 After I removed the rods and pistons, I could see the extent of the damage. Two cylinder liners were damaged, along with some of the engine block. A previous repair replaced two pistons, and a couple of rods, but left the damaged liners. There was some scoring of the cylinder walls, but either the shop or the person paying for the repairs, decided not to fix it right. 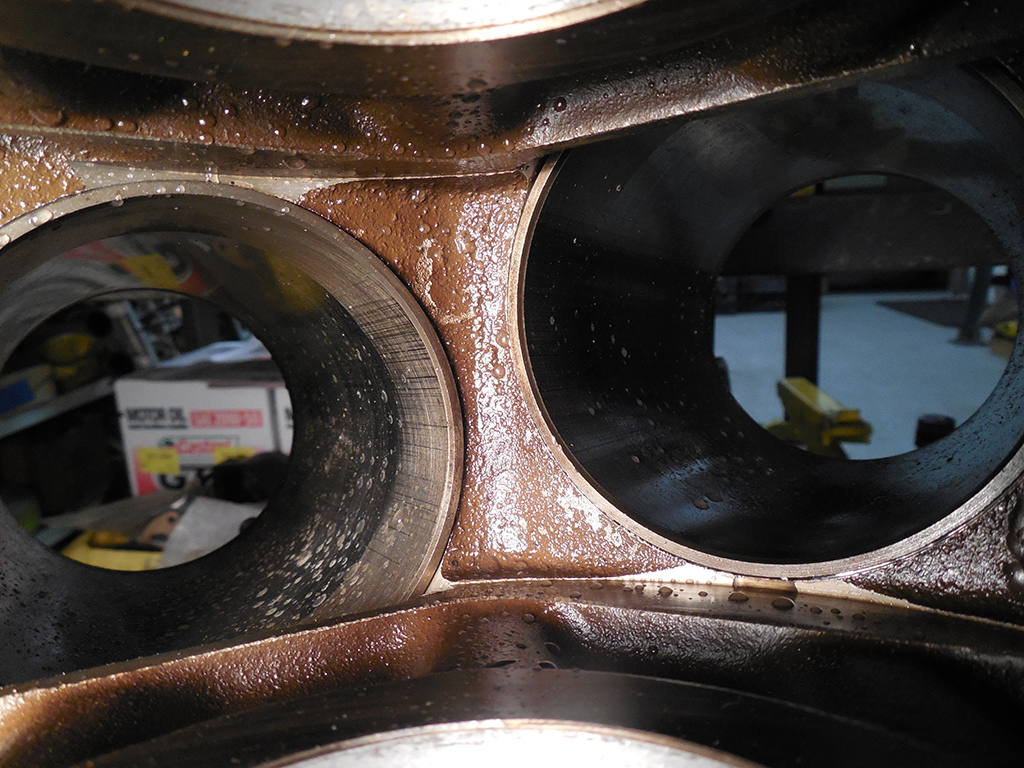 Here’s a shot of an adjacent pair of cylinders which had no damage. 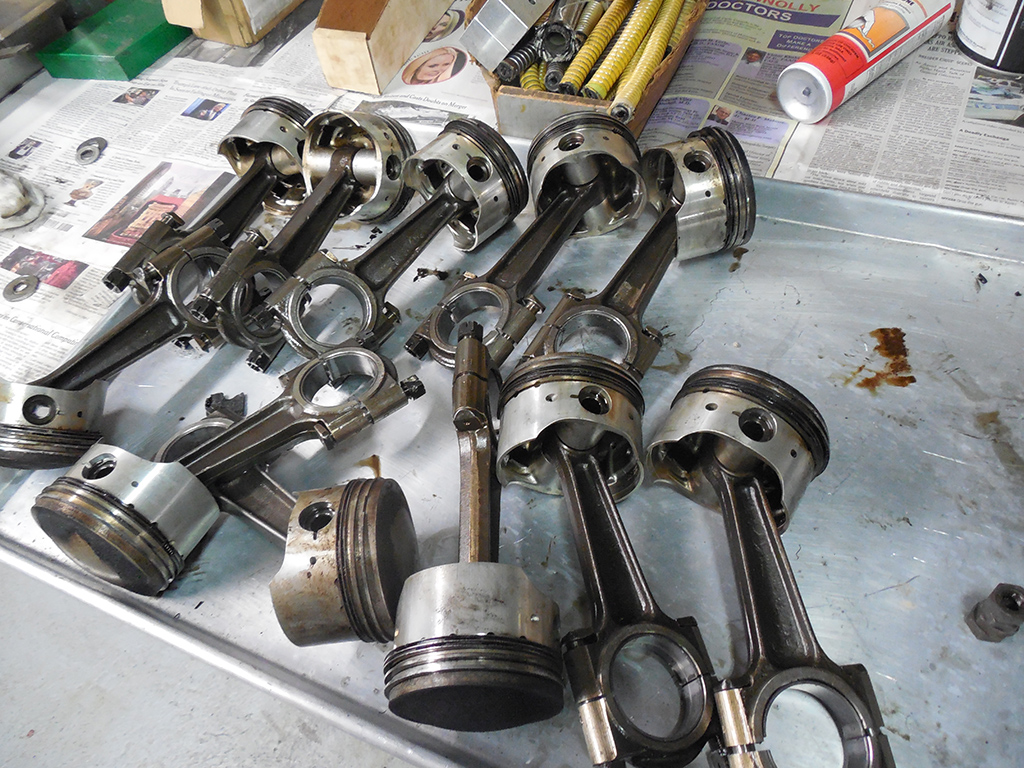 There was some minor damage on the rods, and we’ll inspect and determine what can be re-used, but new pistons are definitely in order. The damage to the block was isolated to the #8 and #5 cylinders, so let’s hope we don’t find more. We suspect a rod nut came loose and things broke apart.   The engine must not have been turning very fast when this failure occurred because any more revs, and you would have had a lot more damage.