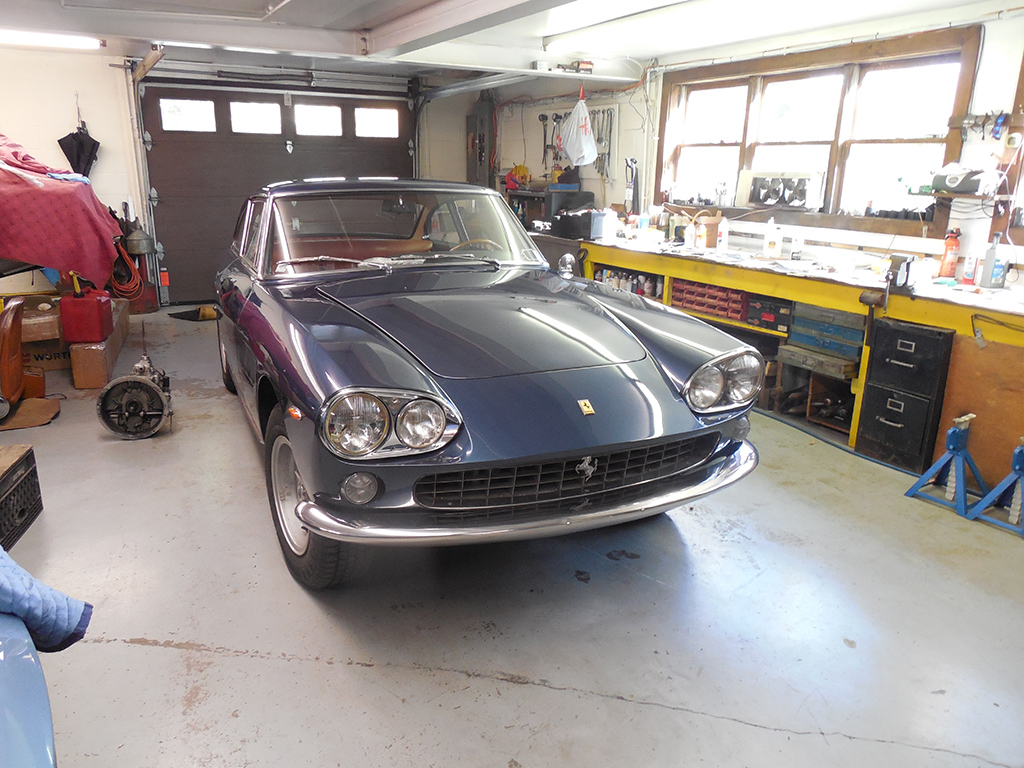 A particular SI 330 has lived a rough life, and we’ve been trying our best to set things right. It all began a couple of years ago when the engine suffered a catastrophic failure and we were asked to fix what was broken. You may remember some of the posts, with a recent one about how the exhaust was filled with engine oil when the engine blew. I’m happy to say the engine is running fine and the exhaust no longer leaves a cloud of burnt oil! 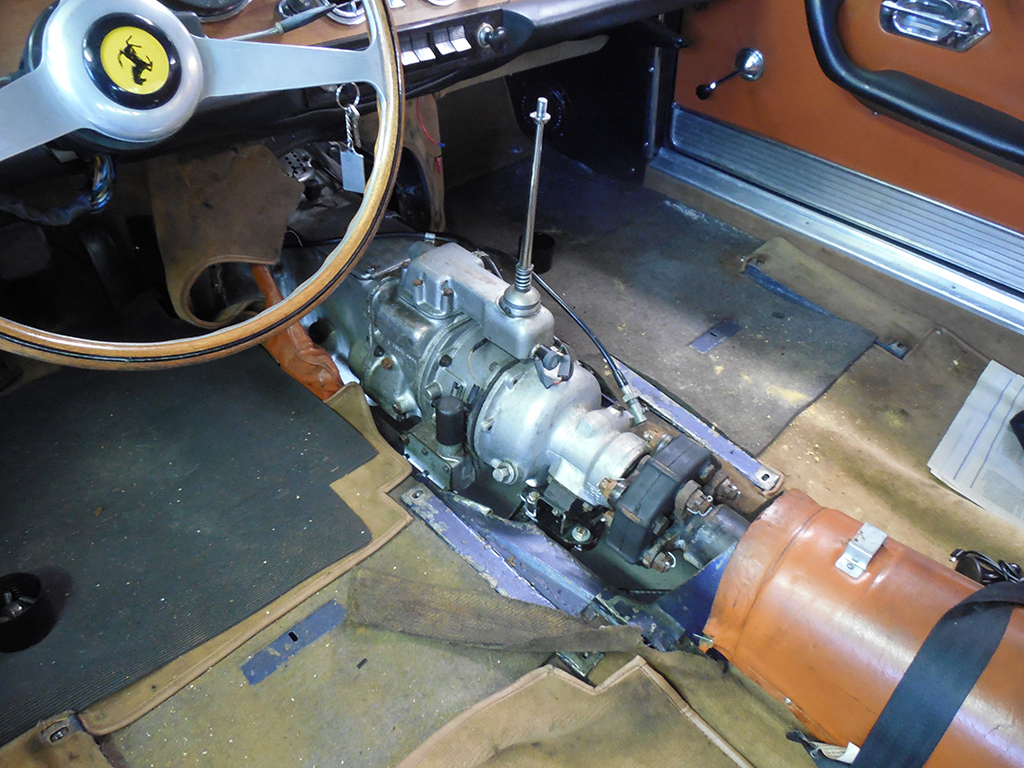 Unfortunately, as Yale and I were driving his car, I noticed the gear lever moving excessively whenever we shifted into 3rd gear. Under acceleration and deceleration, the shifter would move an inch or two in either direction from a force from within the gearbox. Francois and I knew this was was not good, and were concerned something was wrong inside the gear box that could potentially cause something to break in a spectacular fashion!

We took the cover off the transmission to take a look, and found the main gear set moving back and forth by easily 100 thousandths of an inch! Francois’ theory was either a spacer broke internally, or a locking nut that secures the gears to the mainshaft had come loose. Whatever the case, the transmission would have to come out. 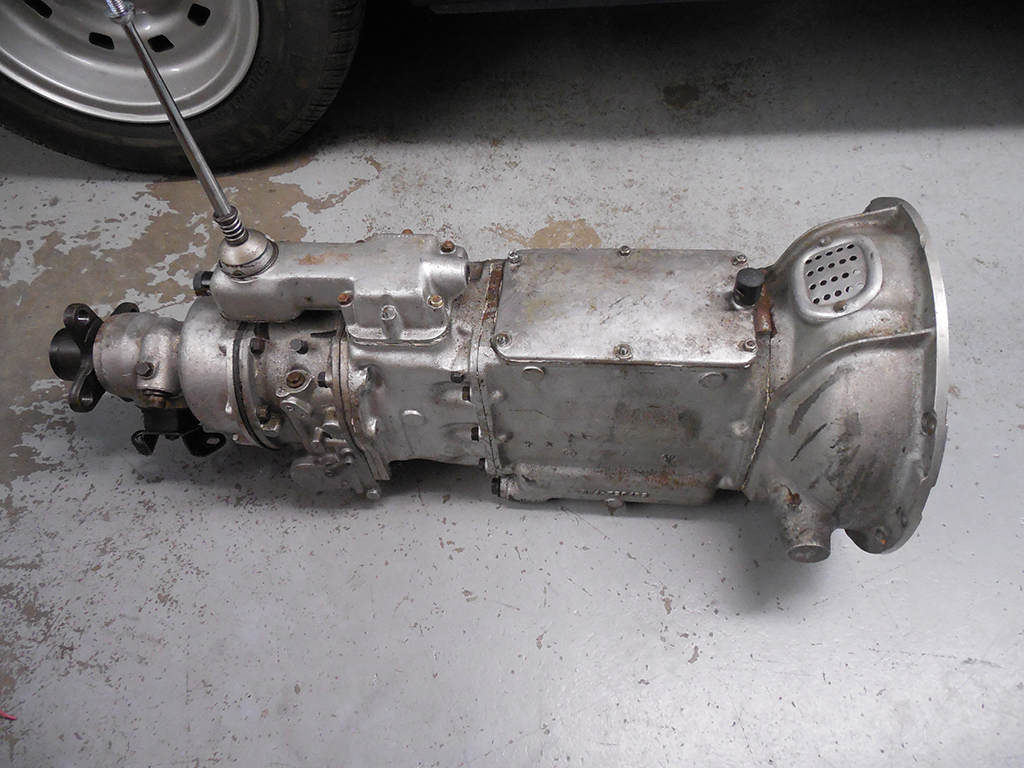 It took Yale a few weeks to let us know what to do. He said he had this transmission rebuilt by another shop, so having to do it again was not something easy to digest, but the thought of having a gearbox explode was far worse. 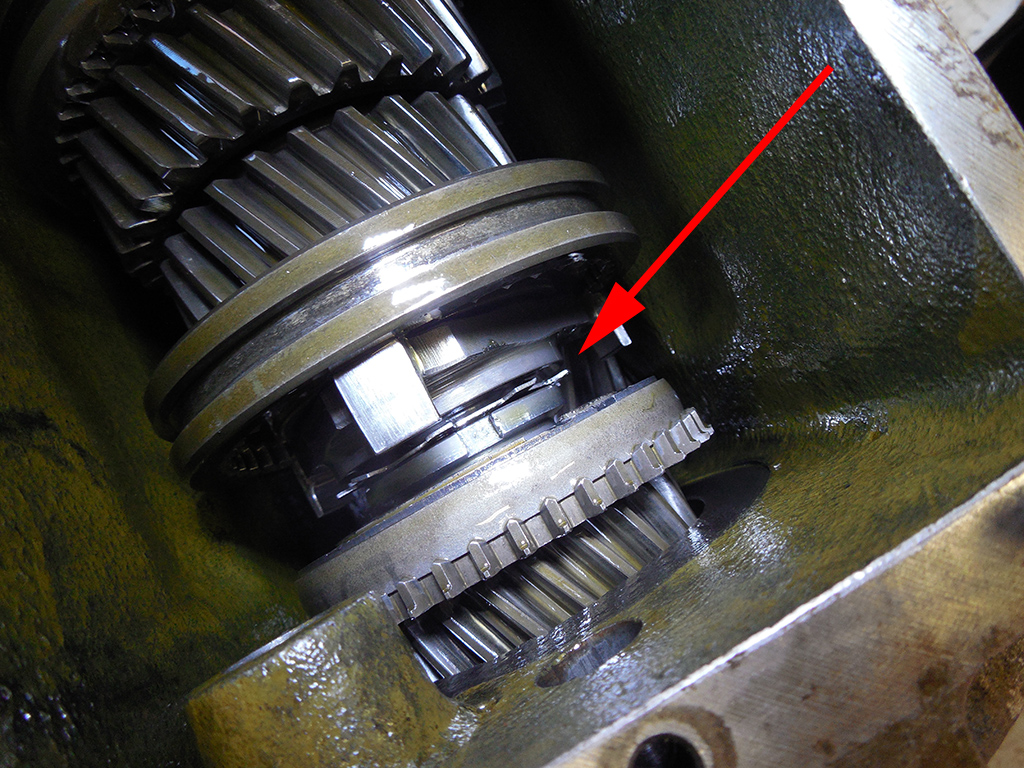 Once we had the gearbox disassembled, we found the culprit of the loose gears. The main nut behind the input shaft had come loose. It’s supposed to be secured by a tabbed locking washer, but the washer was not doing its job. As the nut backed off, the play in the gears increased showing up in the movement of the shifter. 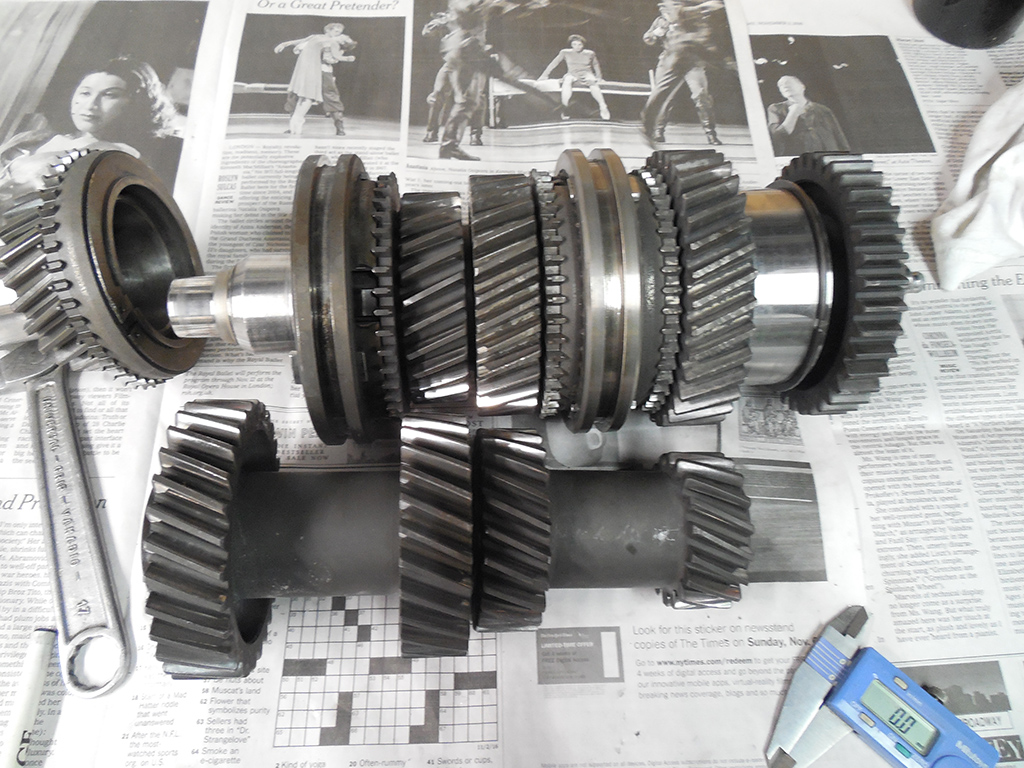 Luckily, we pulled the gear box apart before any other damage was done. We’ll replace a couple of seals, and one bearing to be safe, but it’s a repair that could have been a lot worse if we left it alone. 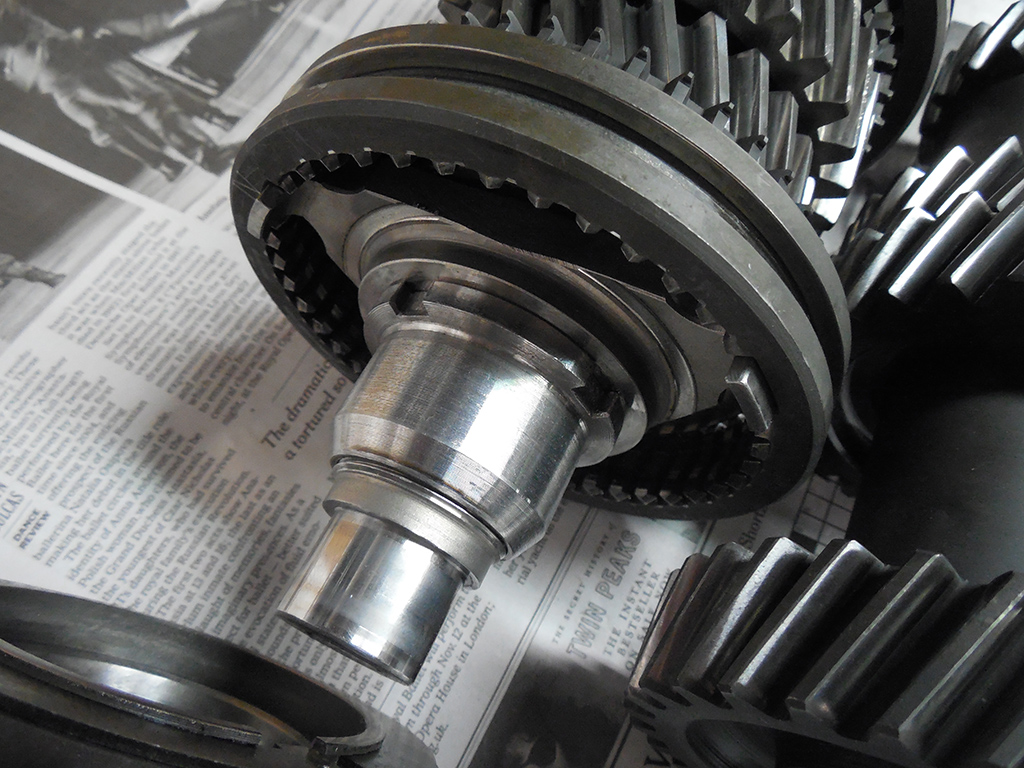 This odd shaped spanner nut is what came loose. Francois showed me how to check the back lash on the gear sets before installing the gears into the gearbox. When these parts go back in, we’ll make sure this nut is securely fastened and locked into place so we won’t grenade this irreplaceable Ferrari transmission!