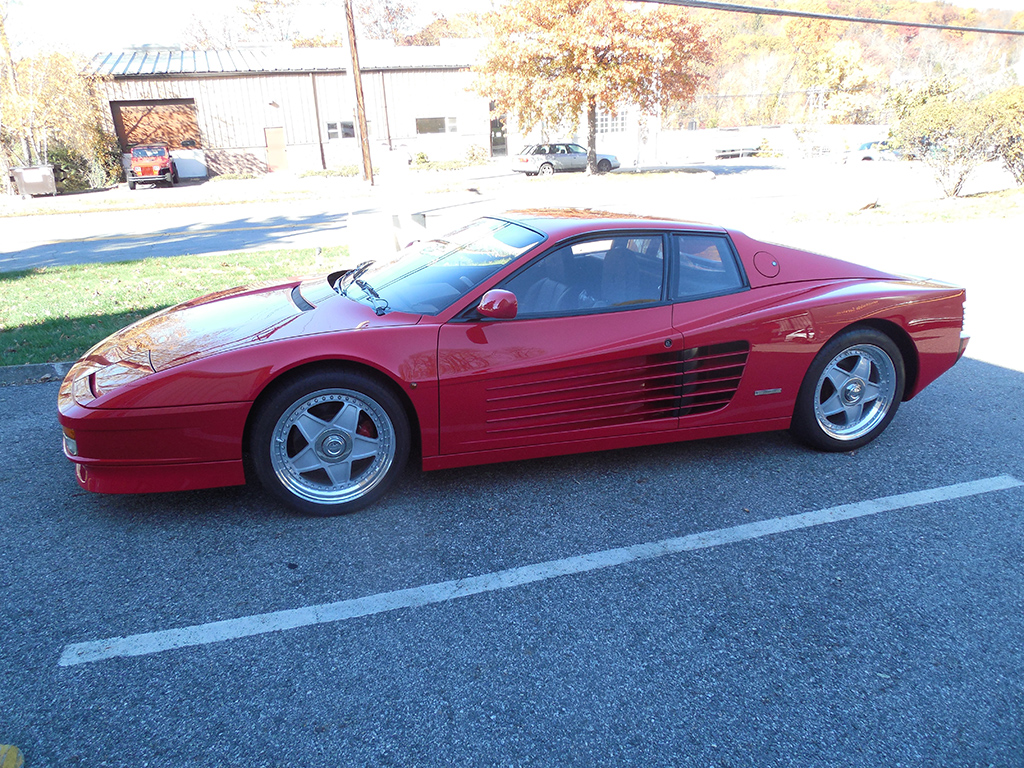 I’ve been juggling a lot of projects lately, and they have been keeping me busy running from shop to shop. A Testarossa I inspected a couple of weeks back was delivered to my upholsterer for a major interior overhaul. A previous shop really made a mess of the interior and the only solution was to start over again. The interior was done in black, and upon closer inspection, we found evidence there was a color change. 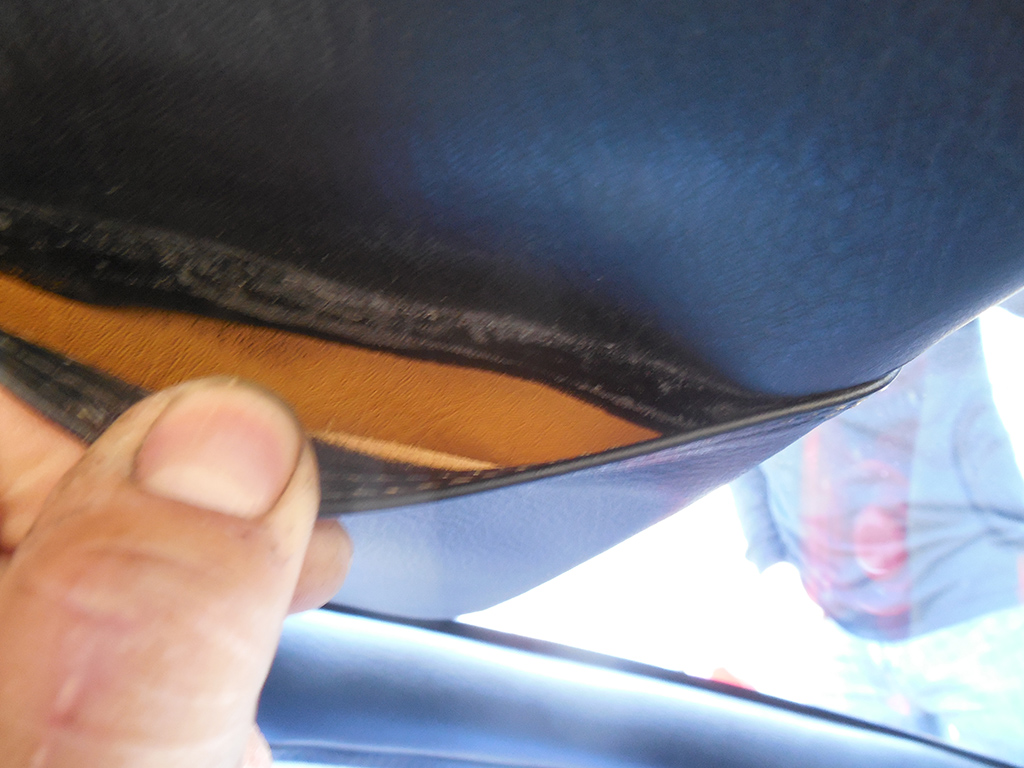 Although the carpets and seats were recovered, there were parts of the car that were spray dyed. Peeling back the leather on the sun visors revealed a tan interior. As my upholsterer dug a little deeper, he found tan carpets pieces that were not removed by the past upholsterer, so the clues were pointing to a tan interior. It really is a shame the previous work was so substandard, but we’ll work hard at making this car nice again! 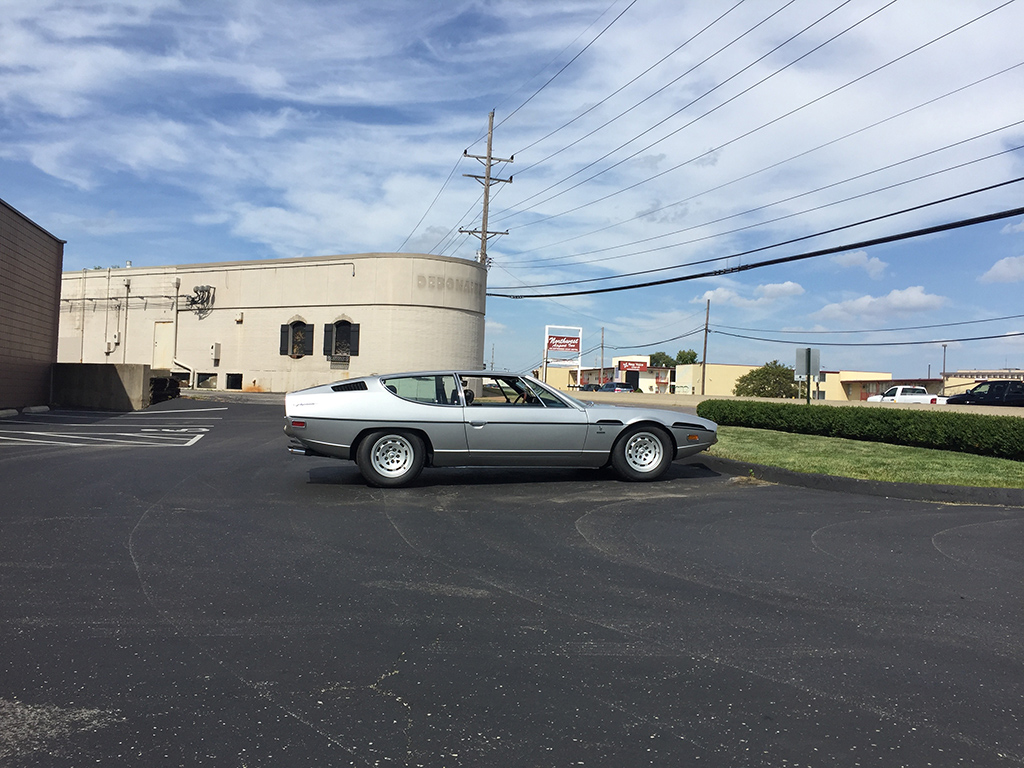 An Espada a customer had me inspect and help purchase was also at my upholsterer for some minor work. 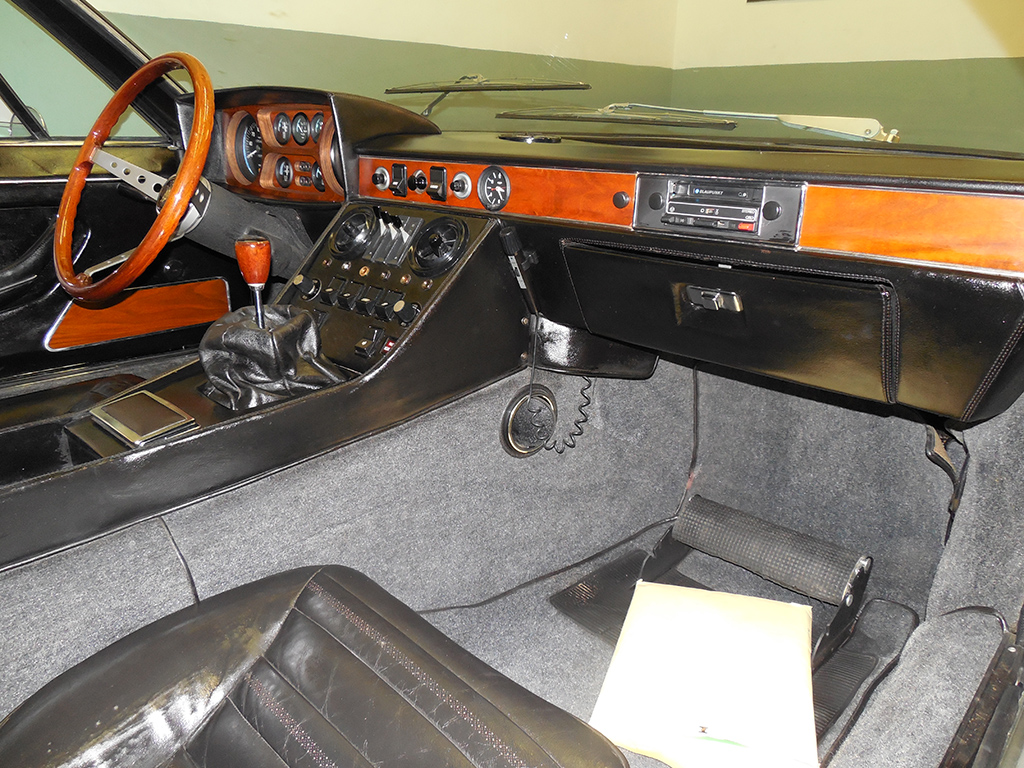 This low mileage car had an original interior, but the leather was really dry and on the verge of cracking. We spent a couple days moisturizing the leather and dying some of the panels to match.

This car has a Blaupunkt tape cassette recorder in the dash with a microphone on a cord. I’m assuming this was original equipment for the Lamborghini owner that needed to do dictation while driving! 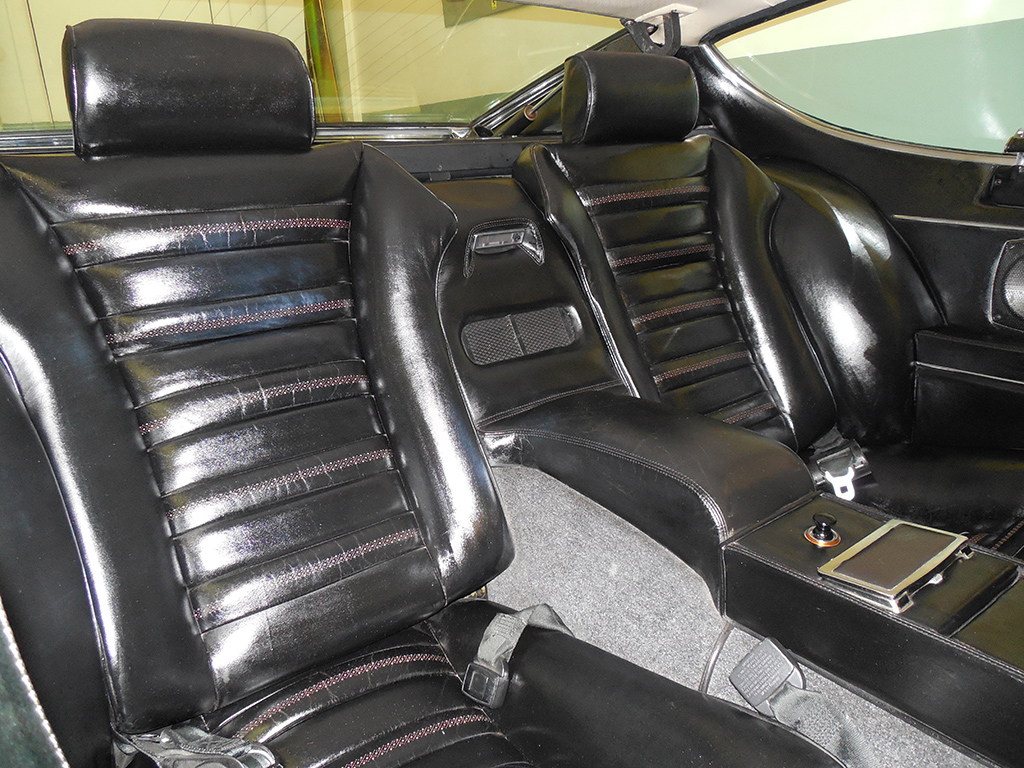 After the moisturizer is absorbed, the seats will take a duller finish, but for now, they’re getting the treatment it needs! 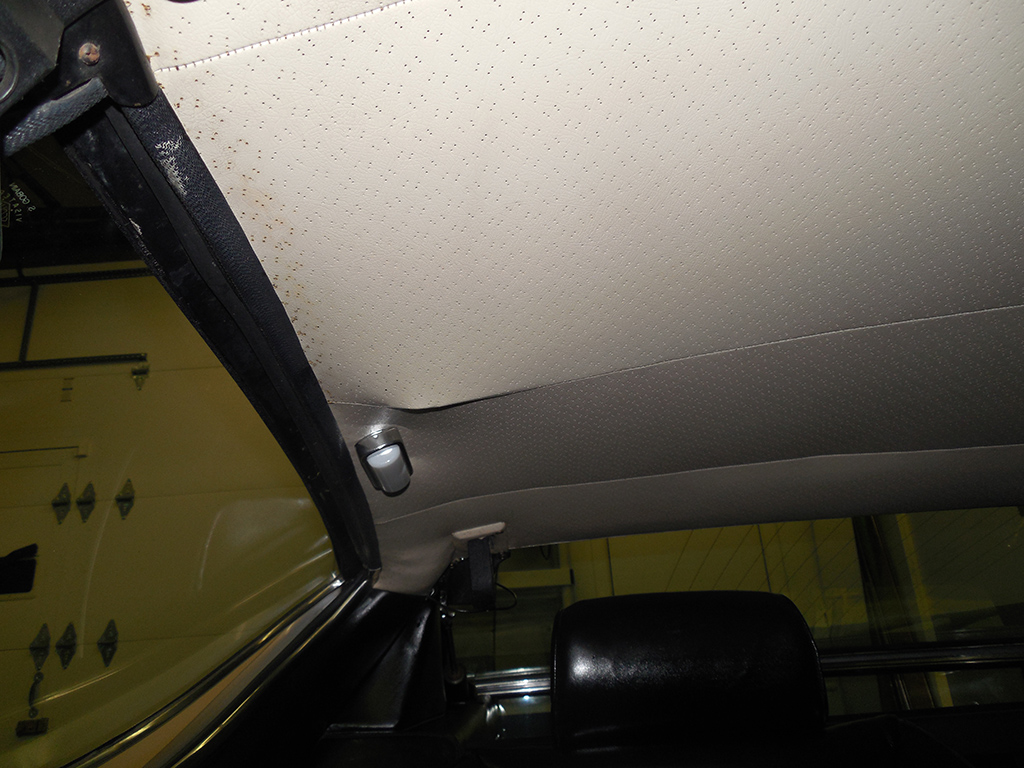 A couple other minor repairs were done like fixing this headliner bow that became detached.  My upholsterer was able to carefully peel back the headliner, reach the headliner bow, and reattach it correctly. 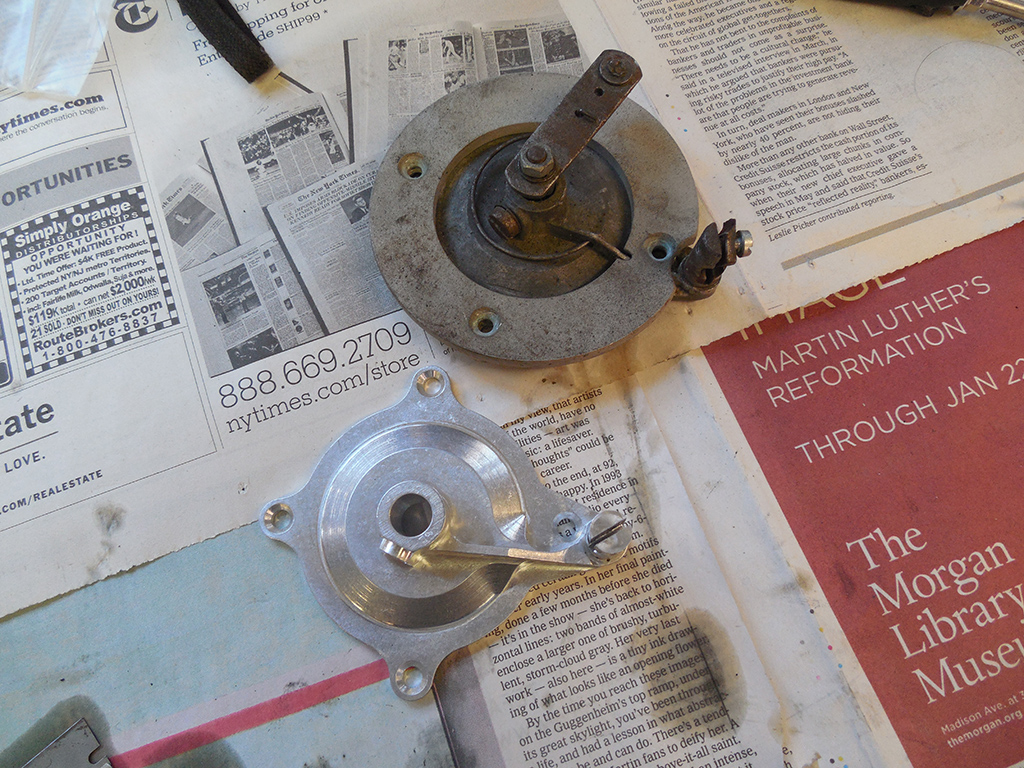 Back at Francois’ shop, I got the new heater control valve from my parts supplier. This top plate is now available in reproduction, and helps eliminate leaks from the original assembly. The 330 we have at the shop seems to have suffered from this fate, and a solution by a previous shop was to fabricate a reinforcement plate to keep the original plate from warping as the screws were tightened. Although it seemed to work, a new plate will make the top of the engine look a lot better when everything else is returned to stock and concours correct. 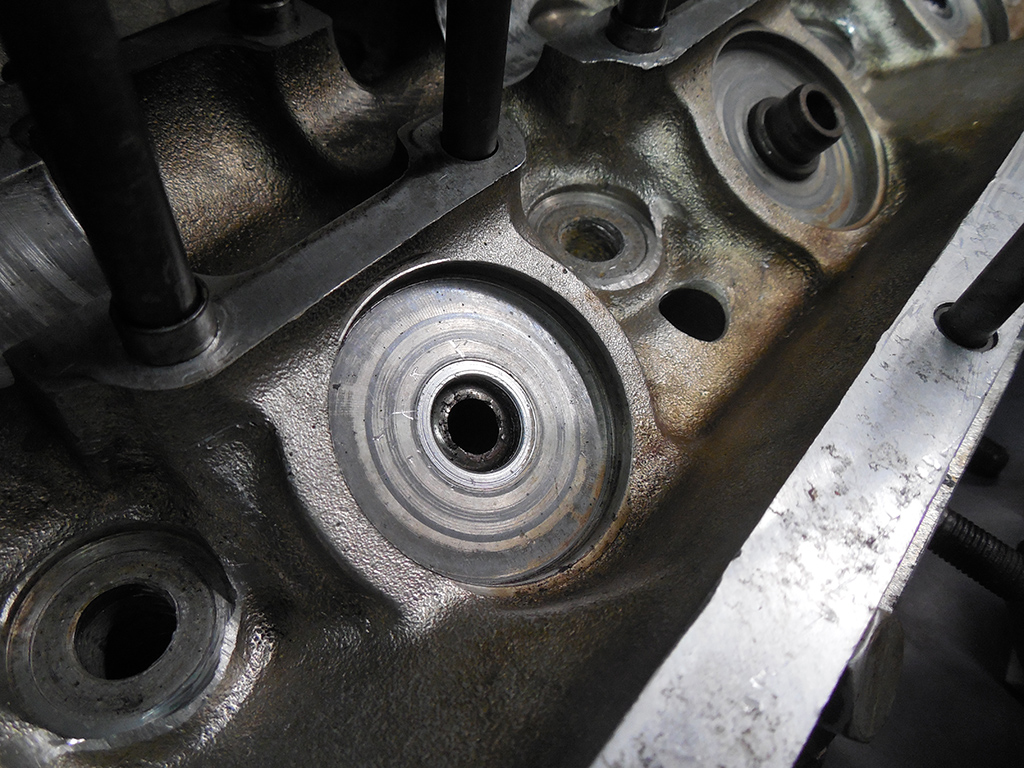 Work continued on cleaning up the parts to the 365 engine we have at the shop. When I disassembled the heads, it became pretty clear why I was told this engine smoked a lot the last time it ran. Three valve guides had broken off at the top where the valve stem seal attaches, so oil ran down the guides in to burn up in the combustion chamber. From the wear I see on the top of the valve guide, it must have been happening for a while with the broken stem piece rattling at the top of the valve. 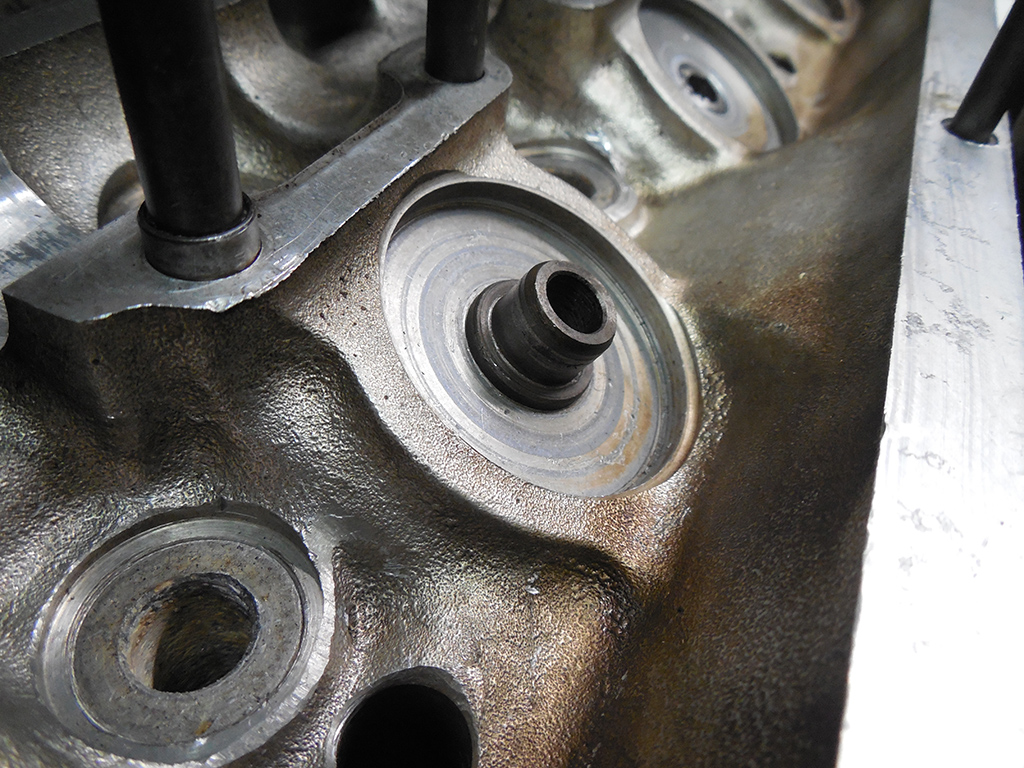 This is what it should have looked like when I took the valve spring and seal off. I’m not sure what made three guides break on the same head, but new guides were planned for this head anyway. 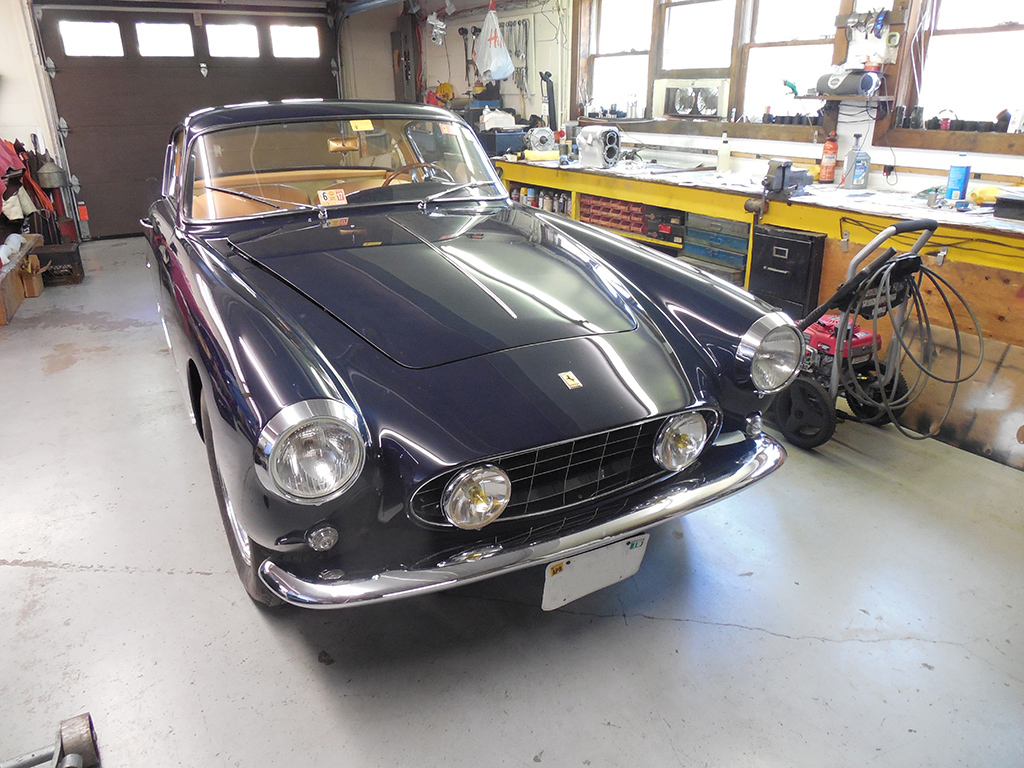 Bringing in new work into the shop never ends, and we just received a new face in the collection of Vintage Ferraris we work on. A 1958 250GT Ellena was dropped off for us to take a look at the rear differential. There’s a loud whine coming from the rear end of this car, and we’ll be pulling the differential out to take a closer look in the upcoming weeks. We’ll be dusting off the leaf spring compressor and preparing for a bear of a job. What fun!