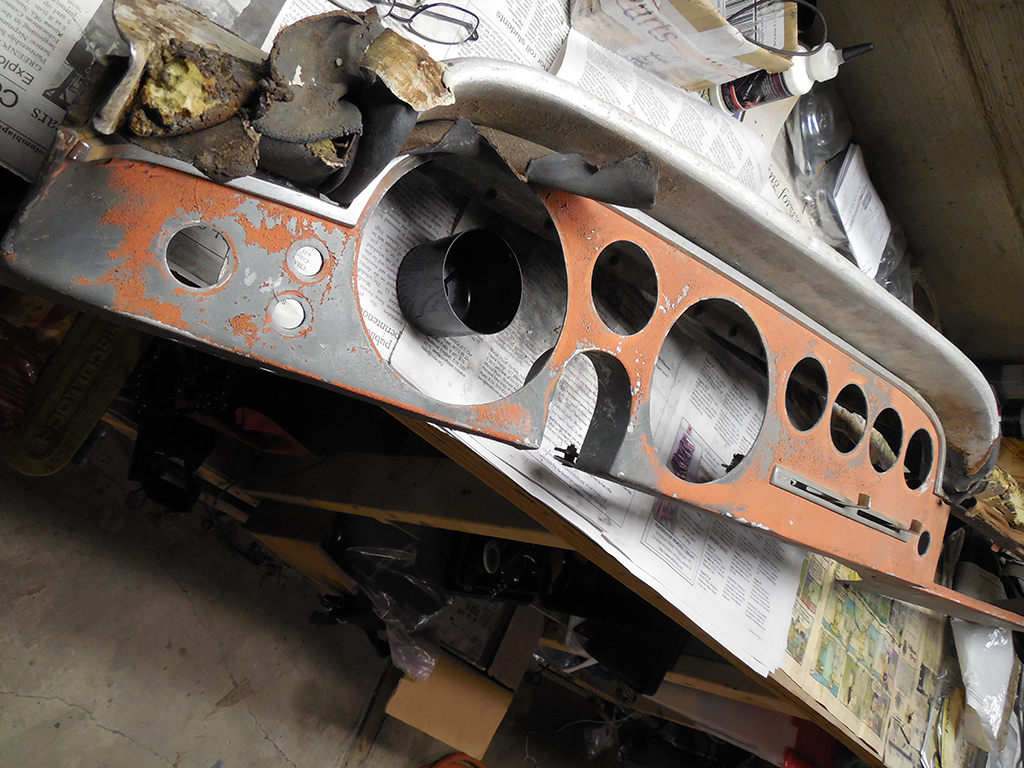 I picked up a dashboard in Oceanside  while I was out in California a couple of weeks ago. It was on my shopping list of parts I needed for a car I am working on. It’s a SI 250GTE that was missing the top of the dash board. When the car arrived at my shop, the dash panel was painted, but it looks like the painter lost the top section after it was disassembled! The missing piece was actually a pretty complex piece to have fabricated, so I was lucky to find one at Shaughnessy’s. 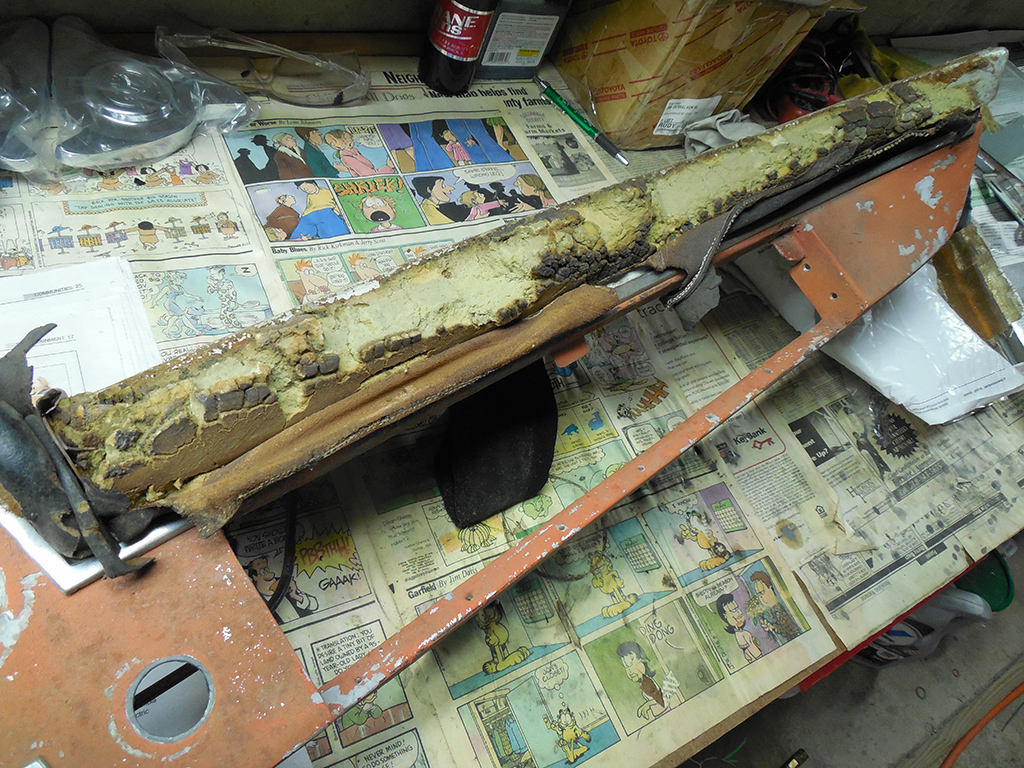 Although this dash looked to be in pretty bad shape, it would be fine for what we needed. The leather and foam would need to be replaced anyway, and the aluminum pieces underneath were fine. There was a Pininfarina build number stamped on the back of the dash, so I emailed Tom Wilson of the 250GTE Registry to see if we could figure out which car sacrificed its dash. 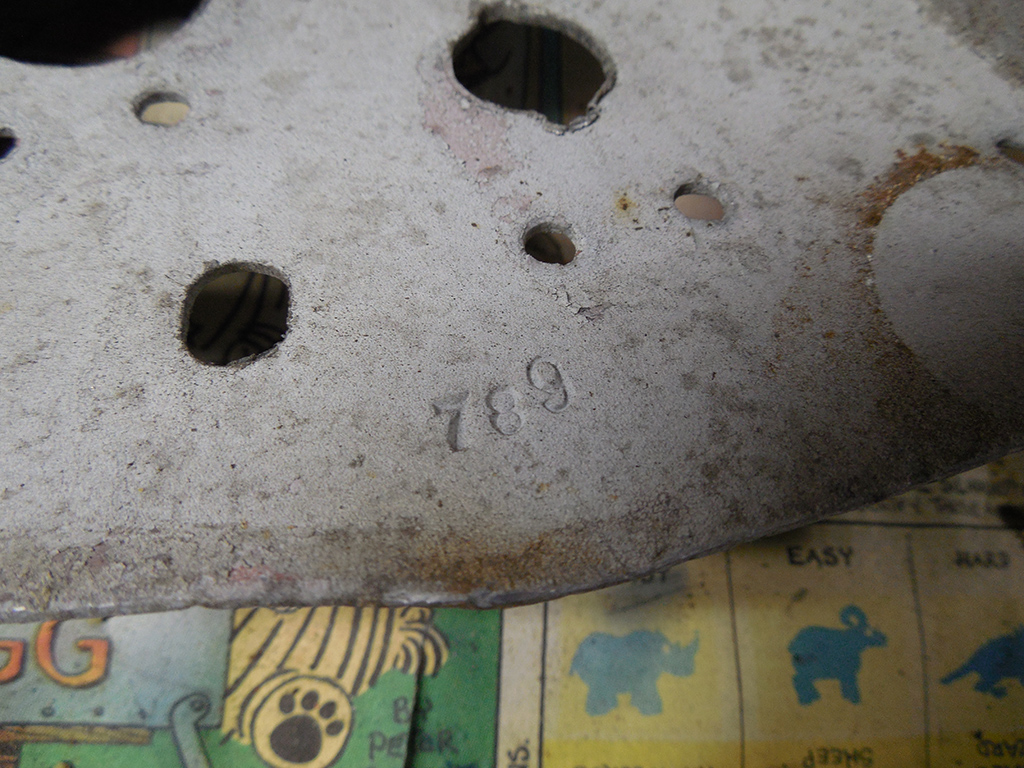 The number stamped on the back of this dash was “789,” which roughly correlated with SN 2459. I say roughly because the Pininfarina build number didn’t always match up exactly with Ferrari Serial numbers. Pininfarina built the bodies at their factory and delivered them to Modena so Ferrari could install the mechanicals. Pininfarina used their own numbering system to keep track of the bodies, and Ferrari didn’t assign a Serial number until it arrived in Modena. The sequential PF numbers fell roughly in place with the Factory Serial Numbers, but not always. 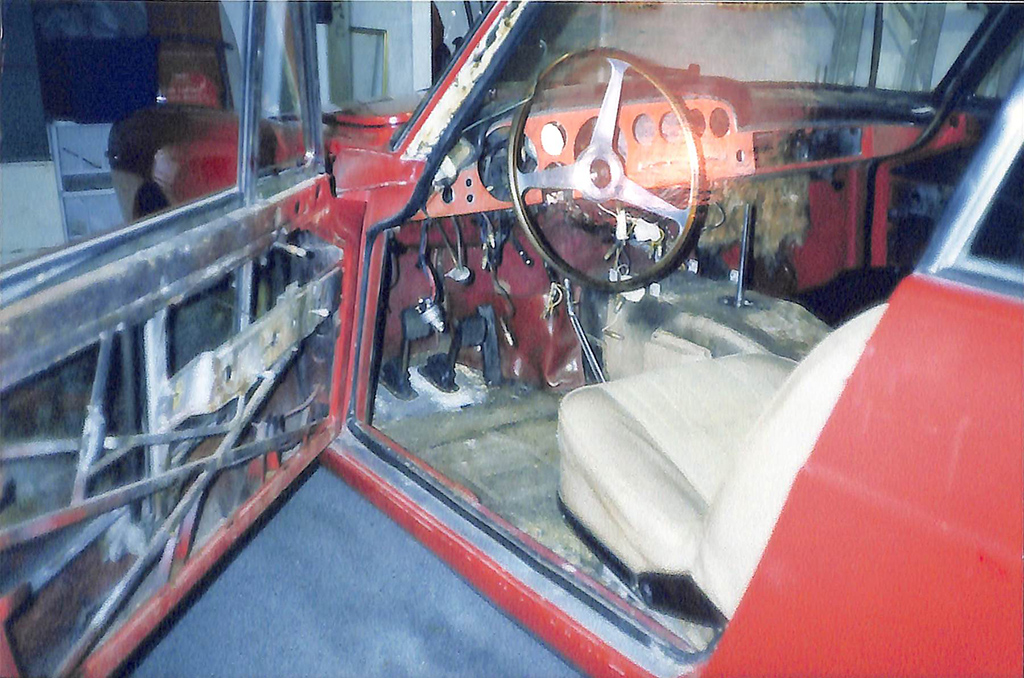 PF 789 was supposed to belong to SN 2459, a surviving GTE with a V-8 engine. It was re-powered, and restored many years ago, but from this picture Tom Wilson had on file, it looks like it still had the dash I salvaged. There are two distinct holes on left side of the dash that I can see in the older picture. Today, 2459 is painted silver with a red interior, but may have another dash since I might have the original one! Who knows.