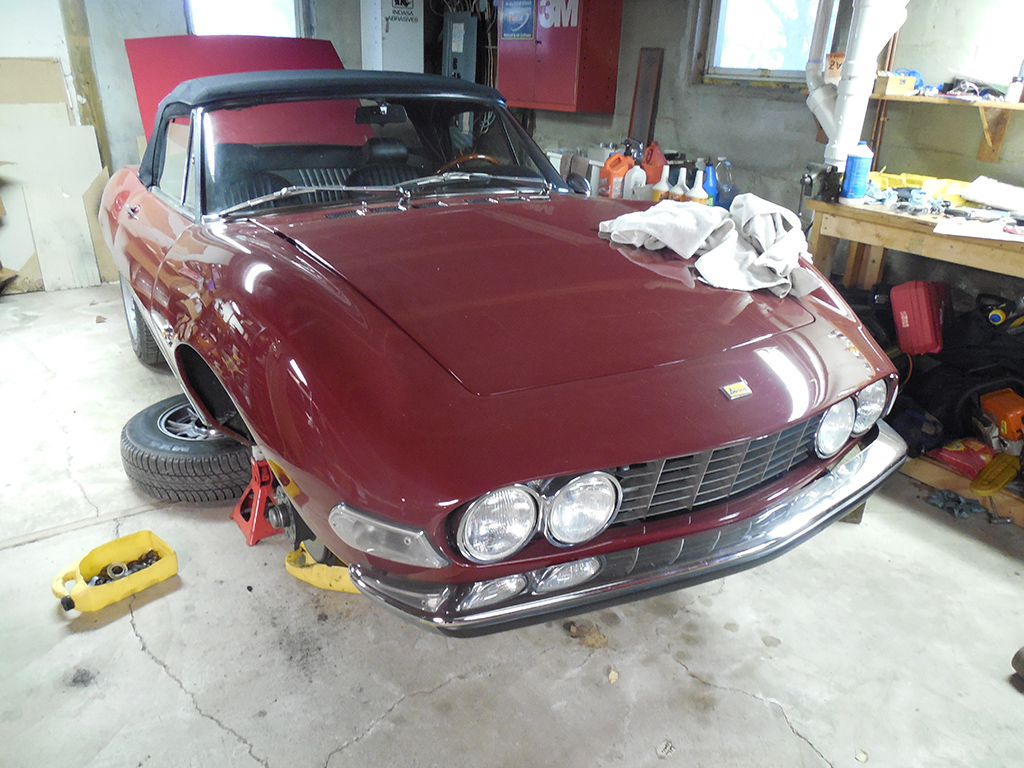 I’ve had a Dino at the shop for several months and I can’t seem to get it to go home!! Since the late summer, I’ve been trying to install an electronic ignition system to replace an intermittent original Dinoplex box. 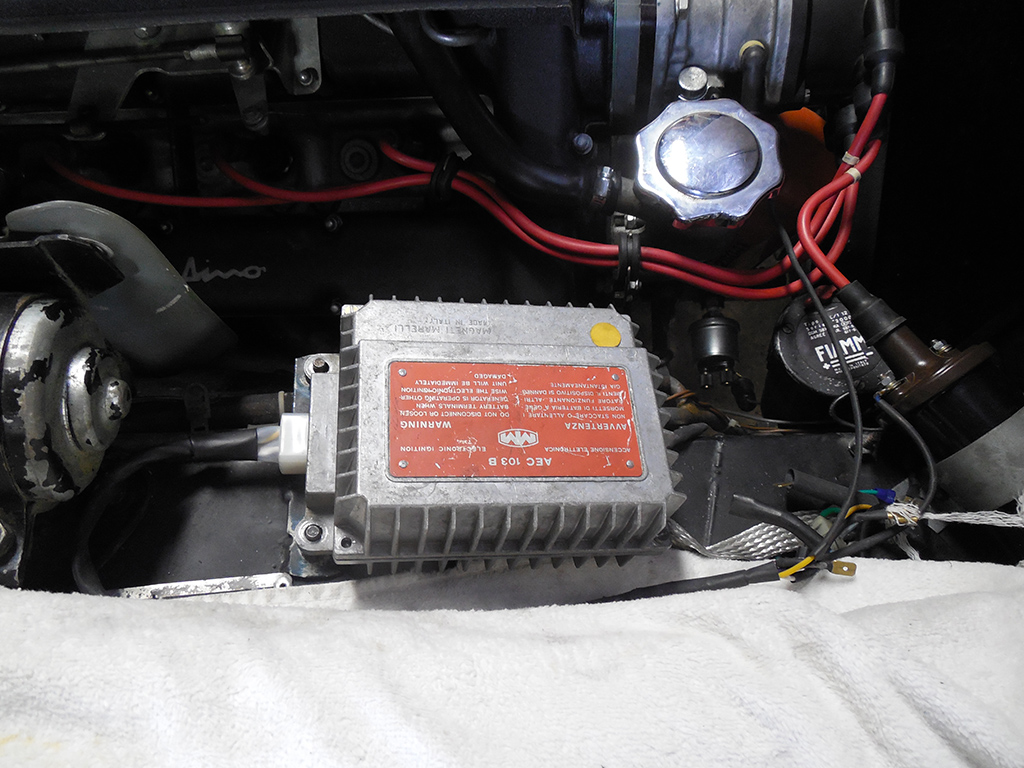 For several weeks, I was working with a unit built by Permatune. They offer a box that installs their electronics inside the original box. I wanted to try their boxes because several Ferraris use this type of ignition system, and being able to replace the old electronics with a new system while keeping the original look seemed appealing.

Unfortunately, I had all sorts of problems and couldn’t figure out if it was the car or the box! The data logging on the box didn’t show anything wrong, but I had everything from miss firing, loss of signal, to cutting out completely with different boxes. I checked the alternator for excessive AC leakage and over charging. I checked grounds. I checked the points, phasing, and advance. It had me and Permatune stumped. 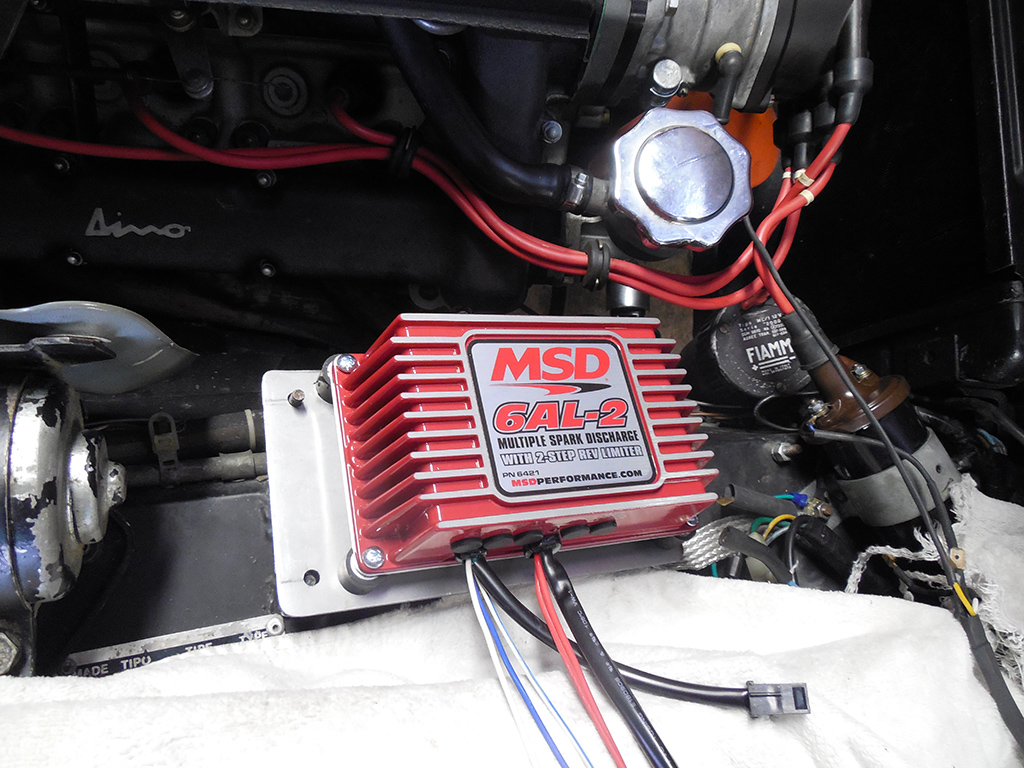 I really didn’t want to give up on Permatune, but frustrated with not having an answer to my problems, I decided to try a MSD ignition box. I wired a new harness, and plugged the box in to test the system, but on one test drive I started to notice the brakes were dragging a little bit. I bled the brakes a few months ago, and the color of the fluid was pretty dark. I think the lack of brake bleeding was rearing its ugly head.

I was frustrated that I couldn’t finish the ignition box diagnosis until I could address the brakes. On top of that, I hated making the phone call to tell the owner there was another delay, and another problem, but what else could I do, but fix the next problem? 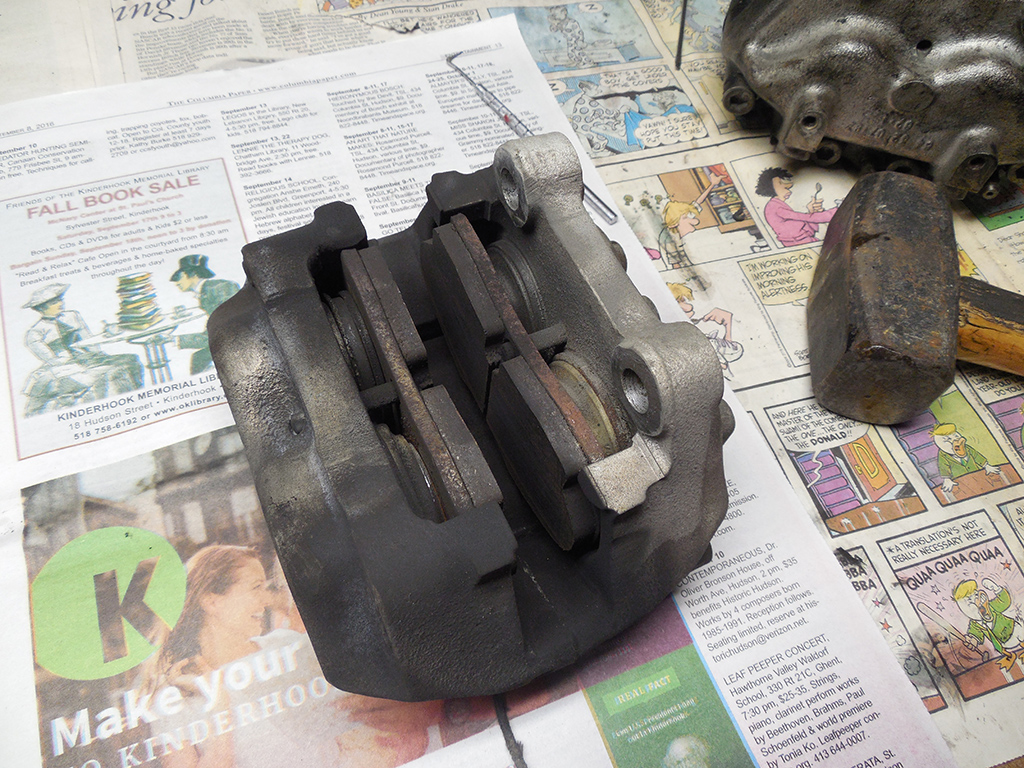 It didn’t take long to realize the front calipers were not retracting, and the only real solution was to pull the calipers and unstick the calipers. With seizing brakes, I couldn’t finish testing the ignition system, so off the brake calipers they came! 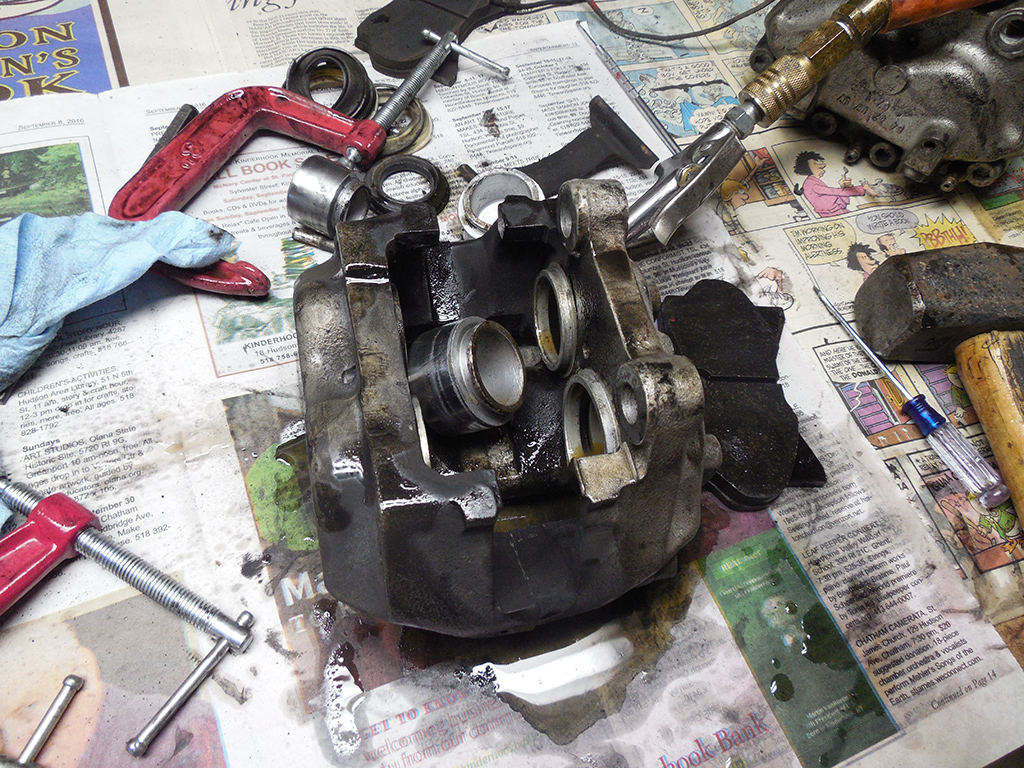 I popped the calipers off and found them to be in pretty good shape. They weren’t too rusty, and felt a new set of seals should get us back on the road. 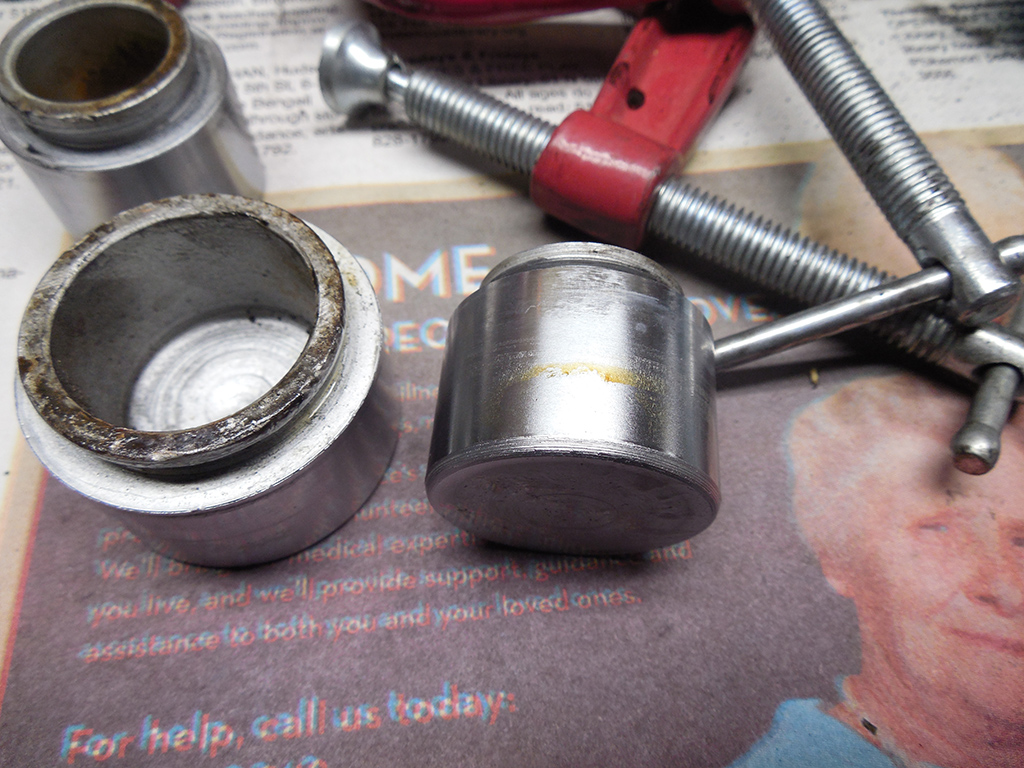 There were slight rings of varnish on the brake pistons that showed where the old fluid had hardened and caused the seals to hang up. Luckily, the chrome plating on the pistons was still in good shape so only a good cleaning and polishing would be fine. A new set of seals were ordered, and installed.

During the bleeding process, I found a very soft pedal. I could see with the design of this brake system, there was a lot of places air could get trapped. The brake booster and master cylinder was mounted under the dashboard above the driver’s foot, rotated 180 degrees from what you would find in a regular car. Fiat did this to save space, but the plumbing of the brake lines was probably causing problems with the bleeding. I have several tools for bleeding, from reverse bleeders to suction bleeders, and nothing seemed to be doing the trick. I was getting a sinking feeling the M/C was going bad…