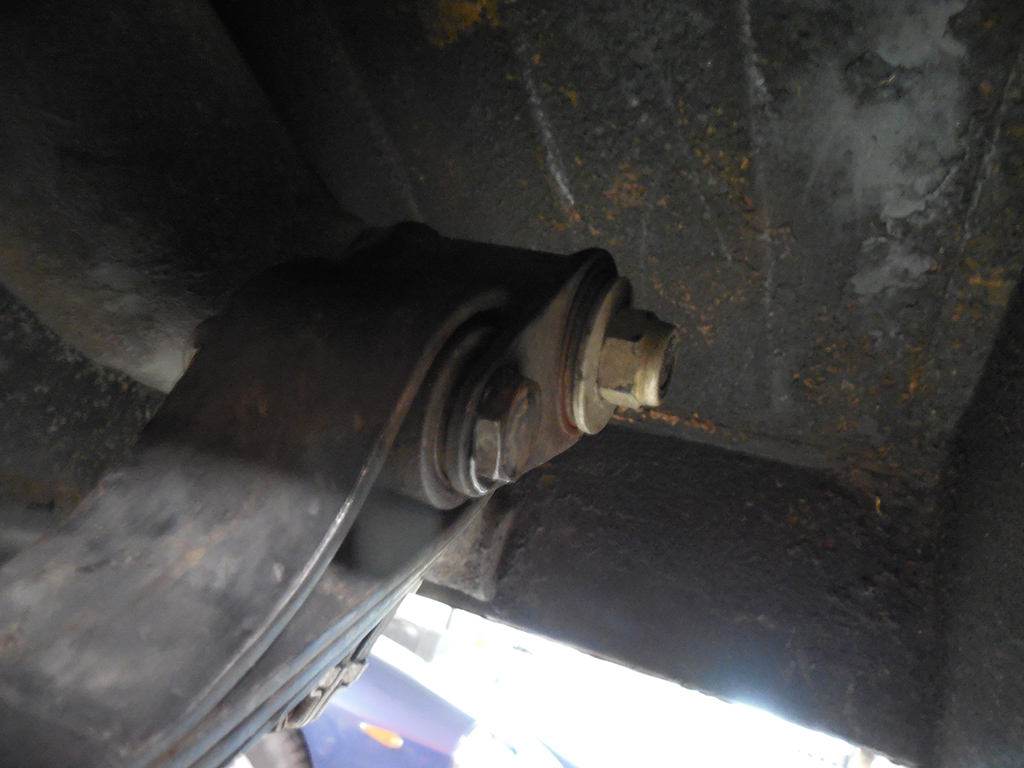 The reassembly of the Ellena rear suspension continued and it began with getting the rear spring shackles oriented properly. 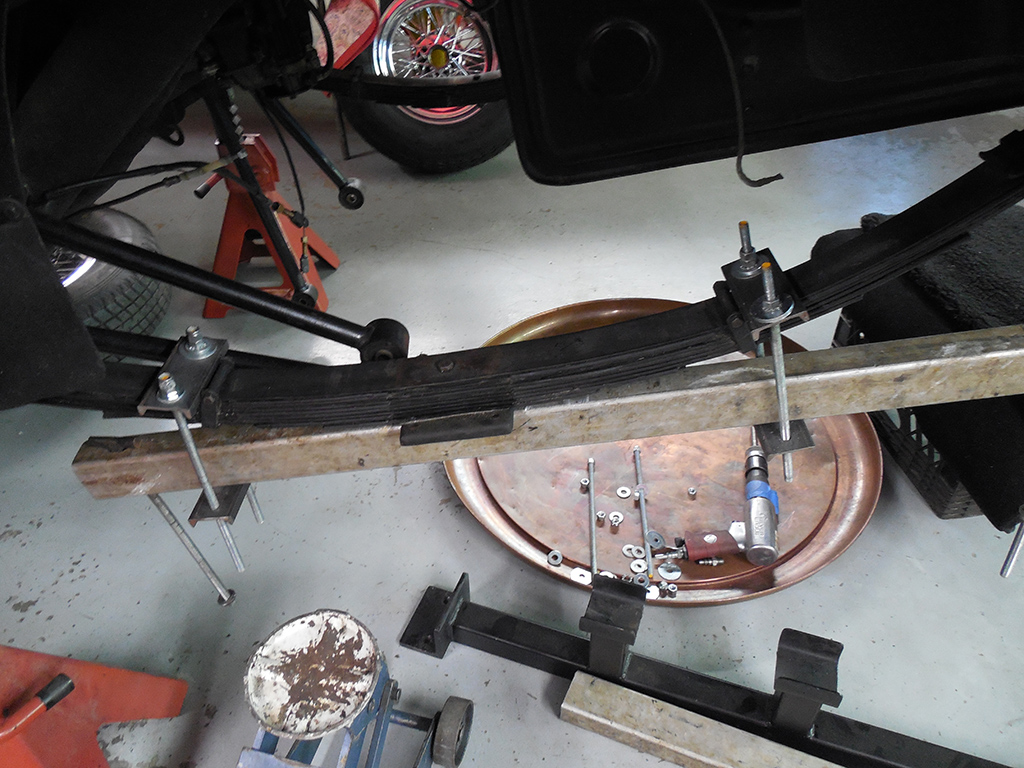 Before we could install the axles, we had to get the leaf springs flattened out so they would line up with the frame mounts. We have a couple versions of spring compressors and bars to get the job done, and we’ll use a combination of what we have to get the job done. 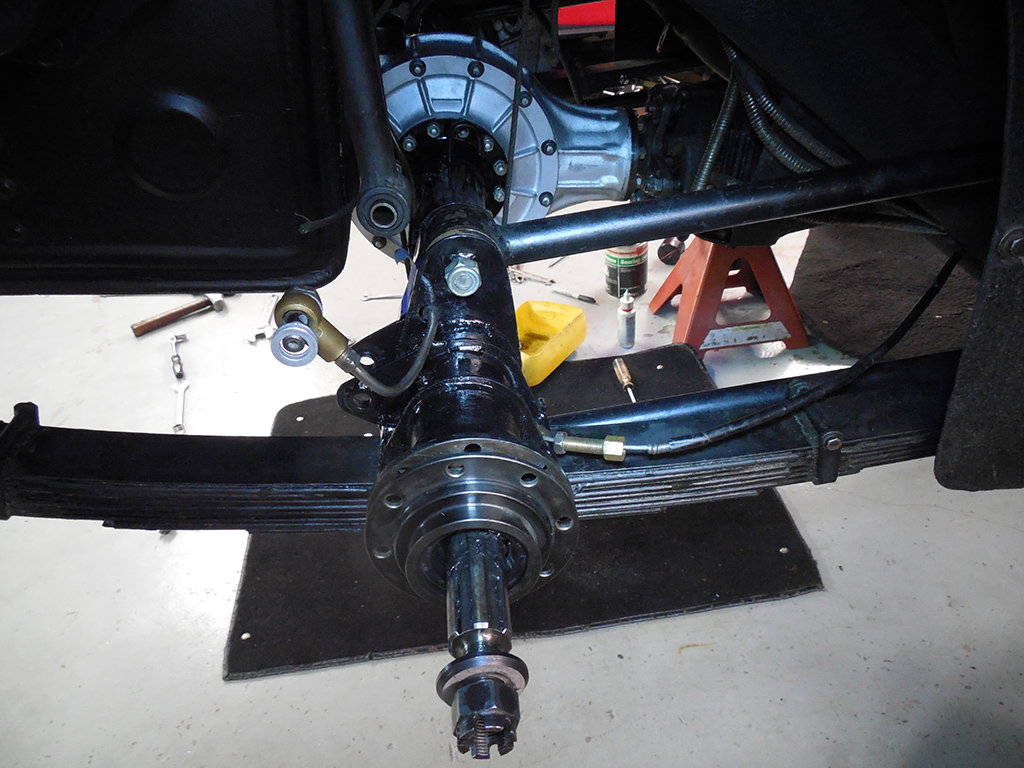 There’s never time to photograph the process when we’re struggling with the rear springs and axle to get everything lined up and bolted in place, but if you’ve ever done this job, you’d understand! 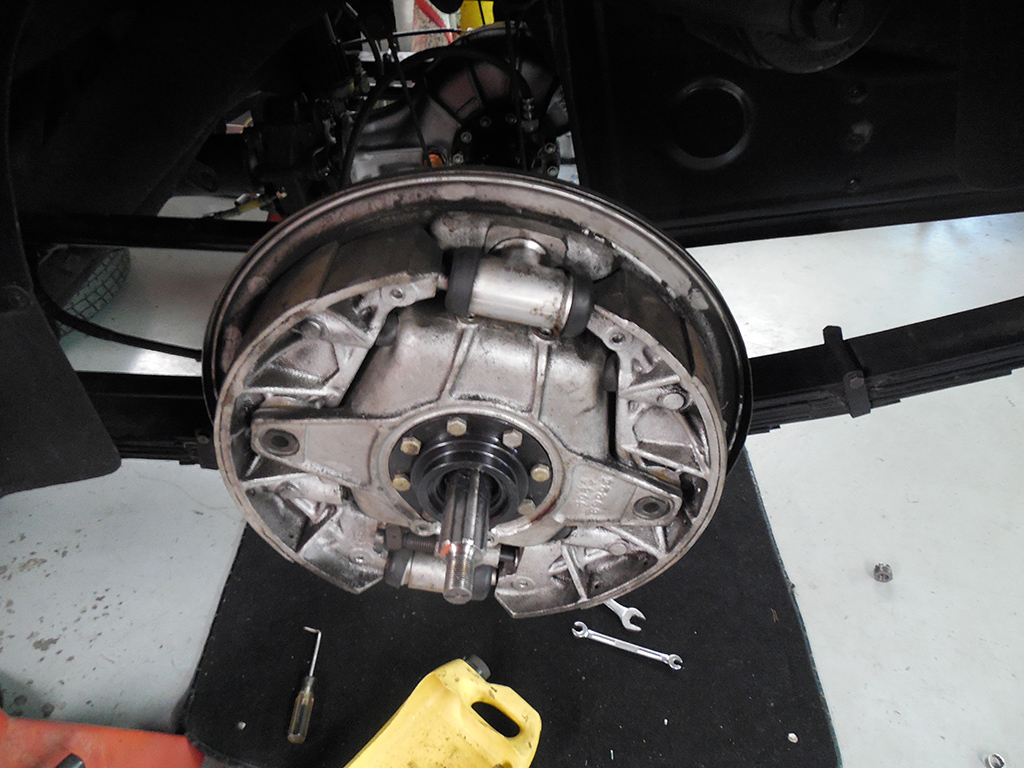 After the suspension, the brakes were installed. 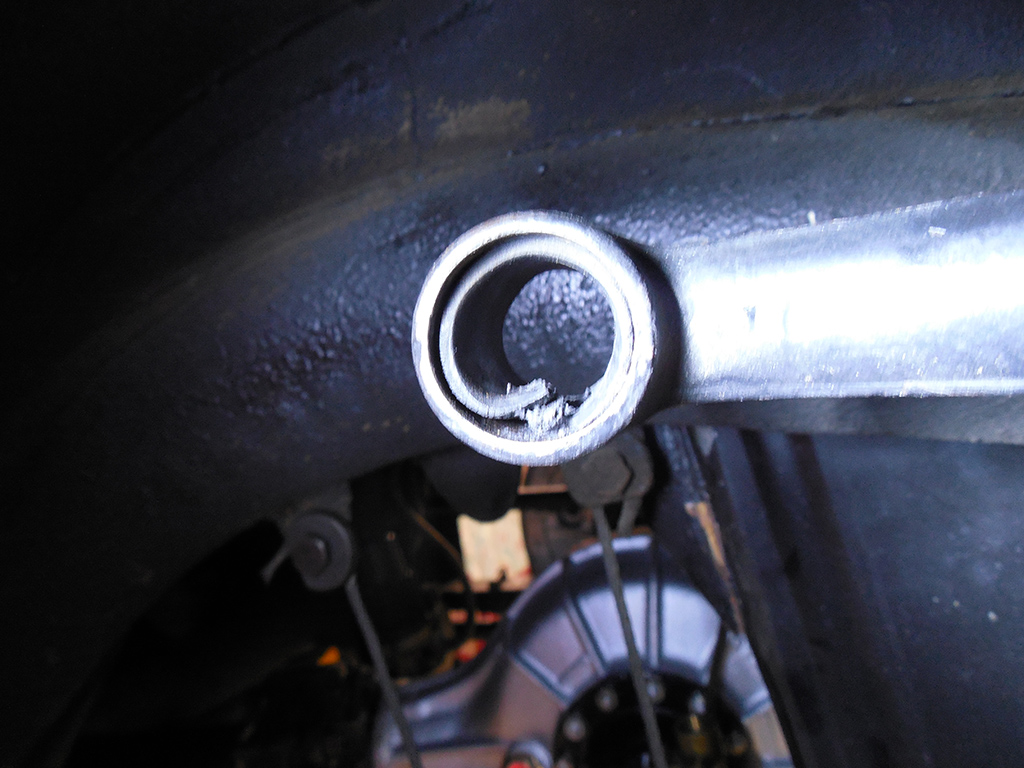 The shock bushings were non-existent. It almost looks like someone used a sheet of rubber that was glued to the inside of the shock eye. After some mileage, this “bushing” was pretty collapsed. New ones were made and inserted.