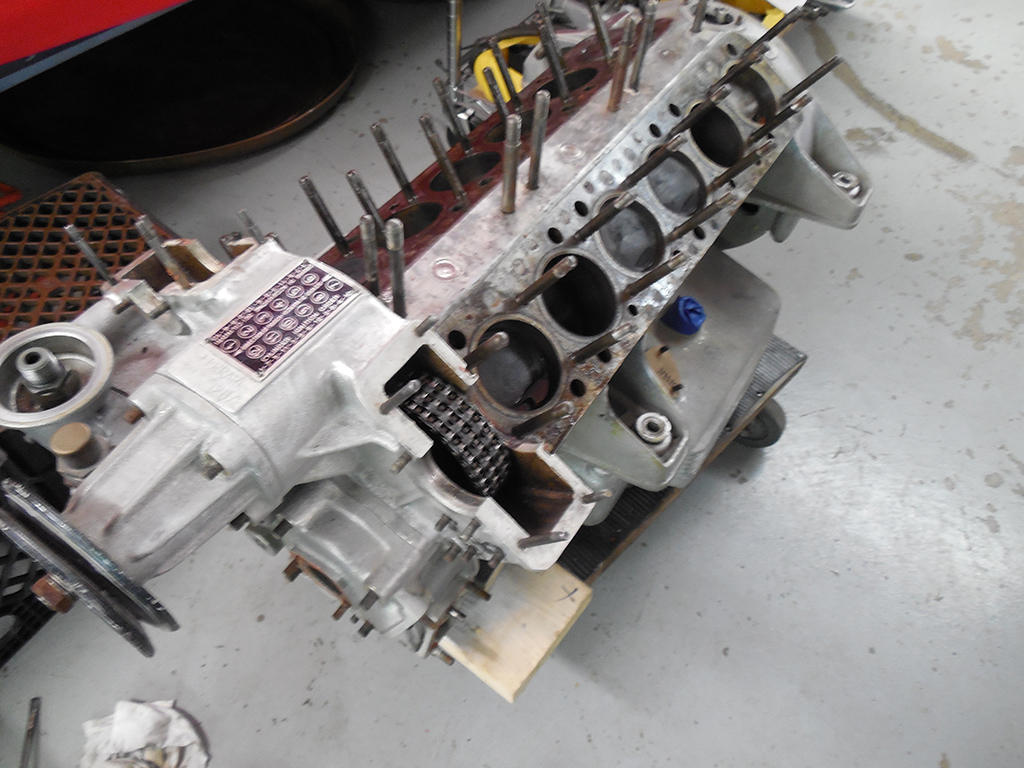 The heads on this 250 engine came off pretty easily, which made me suspect they have been off before. 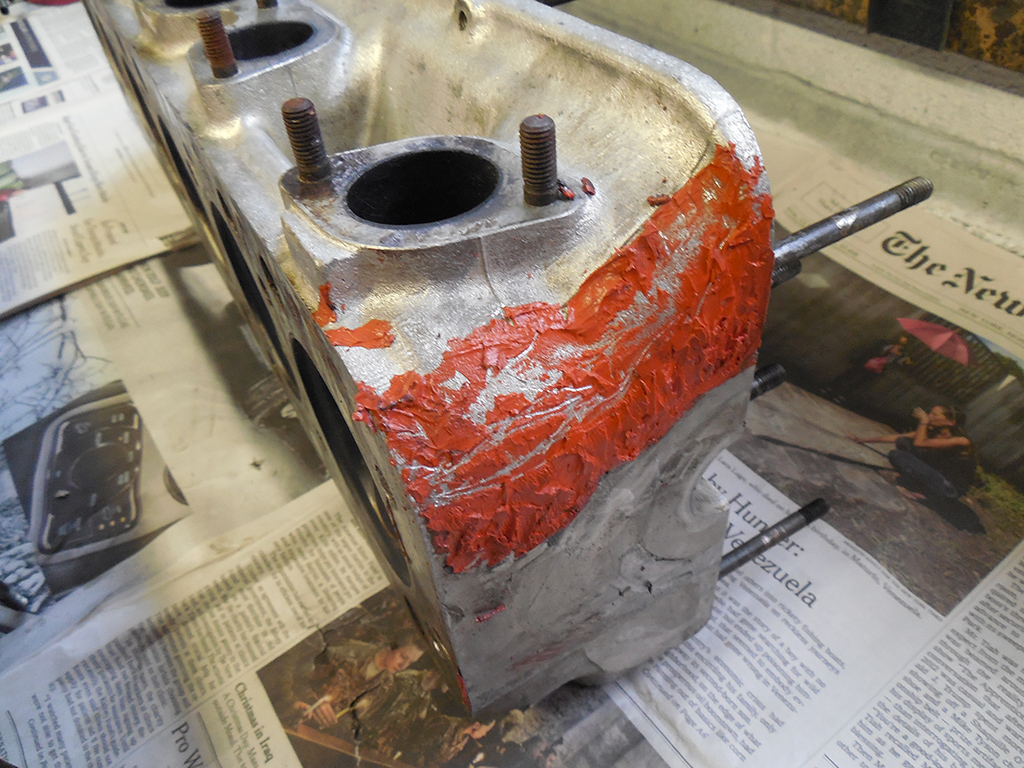 I also think whomever took this head off didn’t get the oil seals installed properly between the head and the timing chain, so gobs of silicone was used to stem the flow! 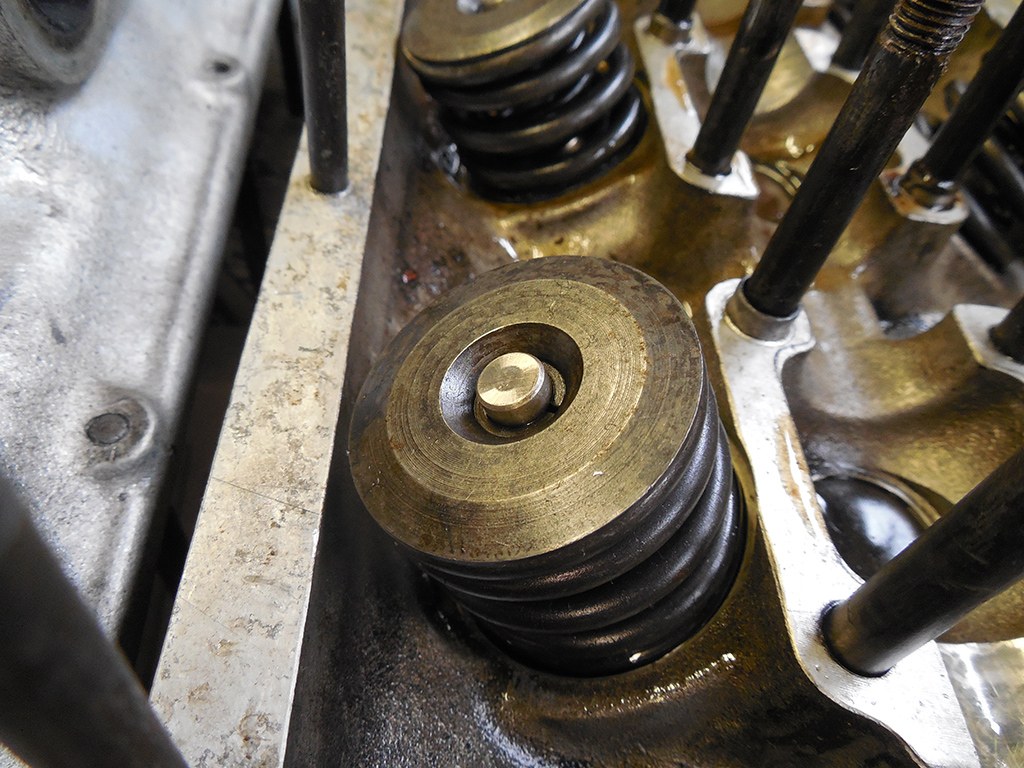 The valves looked original, and some of them looked OK without major wear on the top of the valve stem, but… 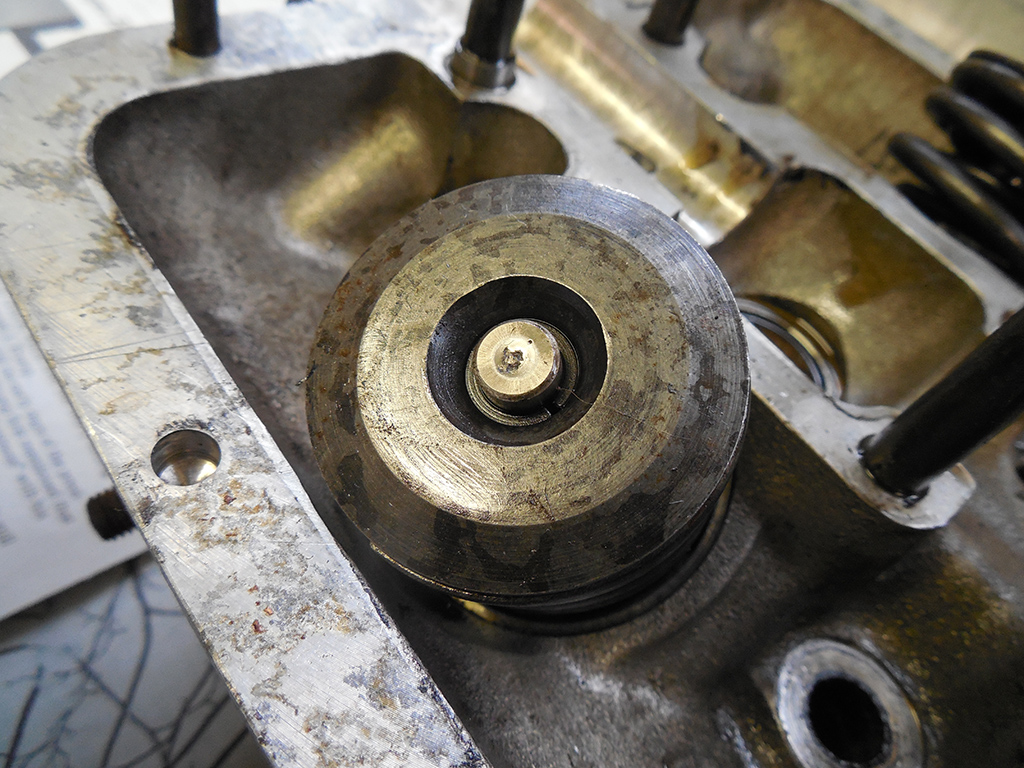 …some valves were showing damage. With the engine apart, it was time to replace all the valves because with wear like this, the others were not too far behind.

This engine was showing a mis-mash of parts from original valves to newer valve guides and valve seals that were not original equipment. The valve seats were original and showed signs of a previous valve job, but were now past the limits of service. After inspecting the heads and looking at the age of the parts we started building a history of this engine.

We suspected this engine started smoking many years ago because Ferrari built these engines without valve guide seals. In the 70s a solution was to install valve guides with teflon valve seals, which was what we found on this engine. The teflon valve seals people used have since been replaced with viton seals for about 20 years now, so this repair was done at least that long ago. All the parts that were still in good shape back then were reinstalled in this engine. What’s even more interesting was the valves on this engine were installed in the wrong order! Ferrari numbers its 1/6 cylinders front-to-back on one side, and back-to-front with the 7/12 cylinders. Mechanics not familiar with this numbering often label and install parts in the wrong order which was what I found on this engine. The pistons on this engine were still in the right order, so that misinformed mechanic may not have touched the short block! 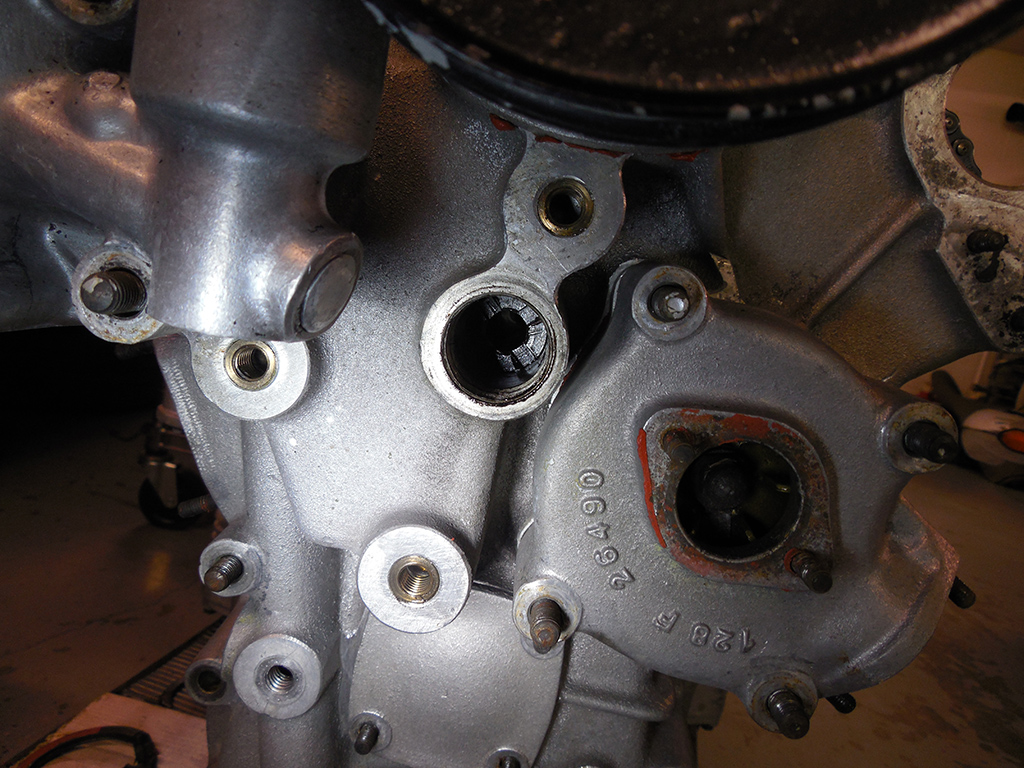 After the heads were removed it was time to take off the timing chain case. There’s a hidden bolt that needs to be accessed to release the timing chest on a Ferrari 250 engine. Although I’ve never seen it, I’ve heard of stories of broken engines when unknowing mechanics tried to remove the timing chest without releasing this bolt.