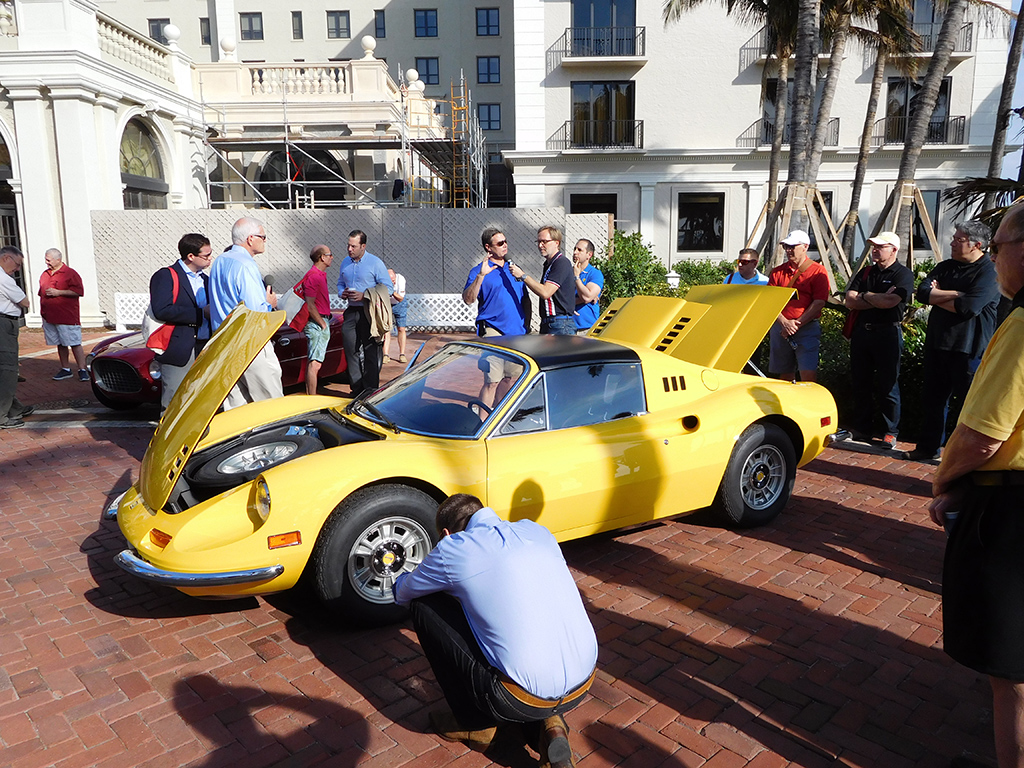 Cavallino 2017 started for me during the Seminar on Thursday Morning. I flew into Florida late the night before, but was up early, looking forward to meet my friends and colleagues. 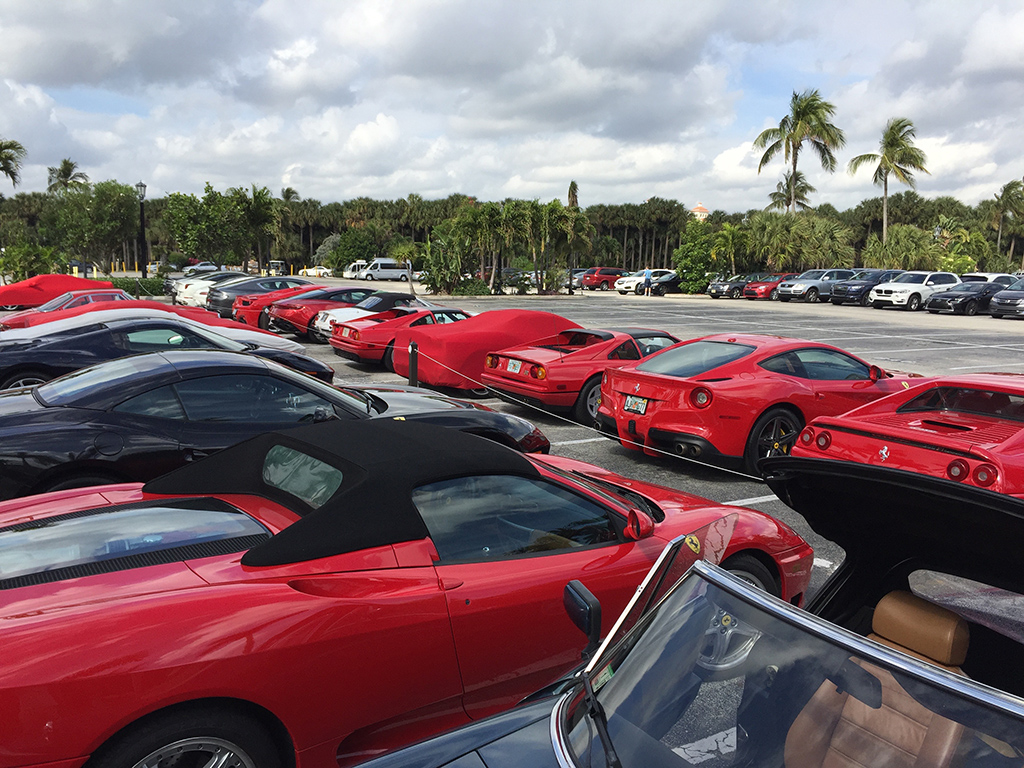 The parking lot at the Breakers seemed a little empty despite the sea of red Ferraris gathering for the show. 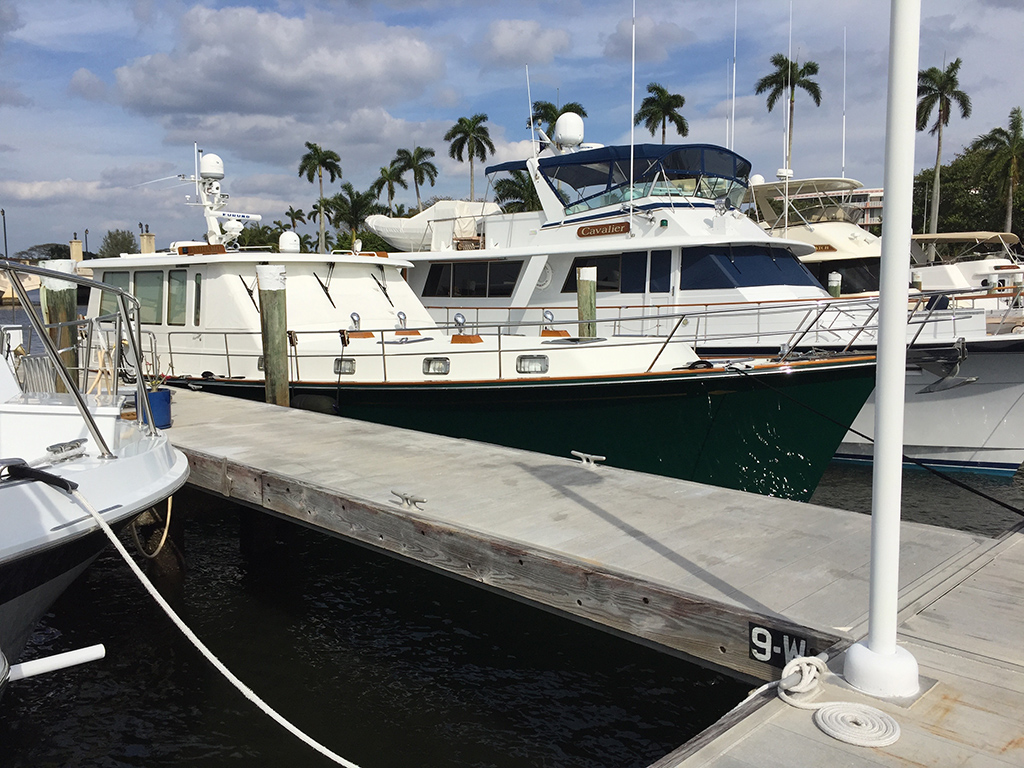 This year, I found myself without a car entered in the show, so I had plenty of time to socialize, including taking a cruise on one of my client’s boats! 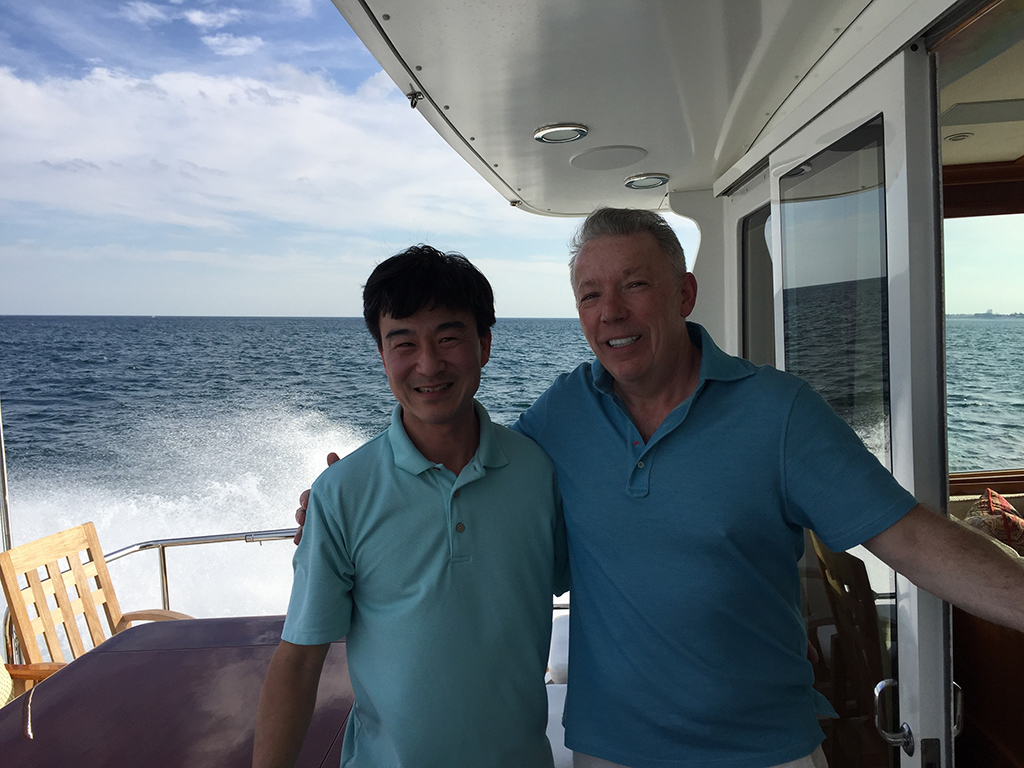 I couldn’t think of a better thing to do in Palm Beach than discussing the future plans of a Ferrari collection over drinks on a boat in the Florida sun. Thanks for the ride John! 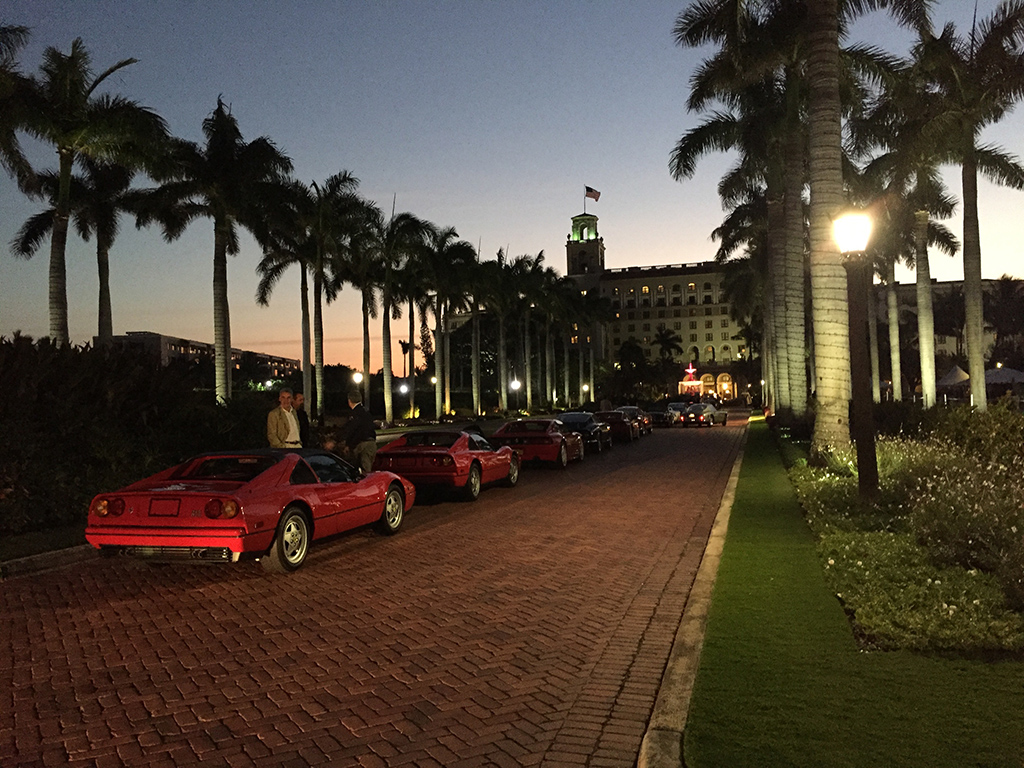 Saturday was the day of the show, and I headed over very early to see the cars loading in. It gave me a chance to hear the cars run, and since I didn’t have a car to show, I tried to find someone to hitch a ride onto the show field. The general admission gates didn’t open until 9am, and before that, only participants were allowed on the show field. Although I had a ticket, I just couldn’t wait until 9am to get into the show! 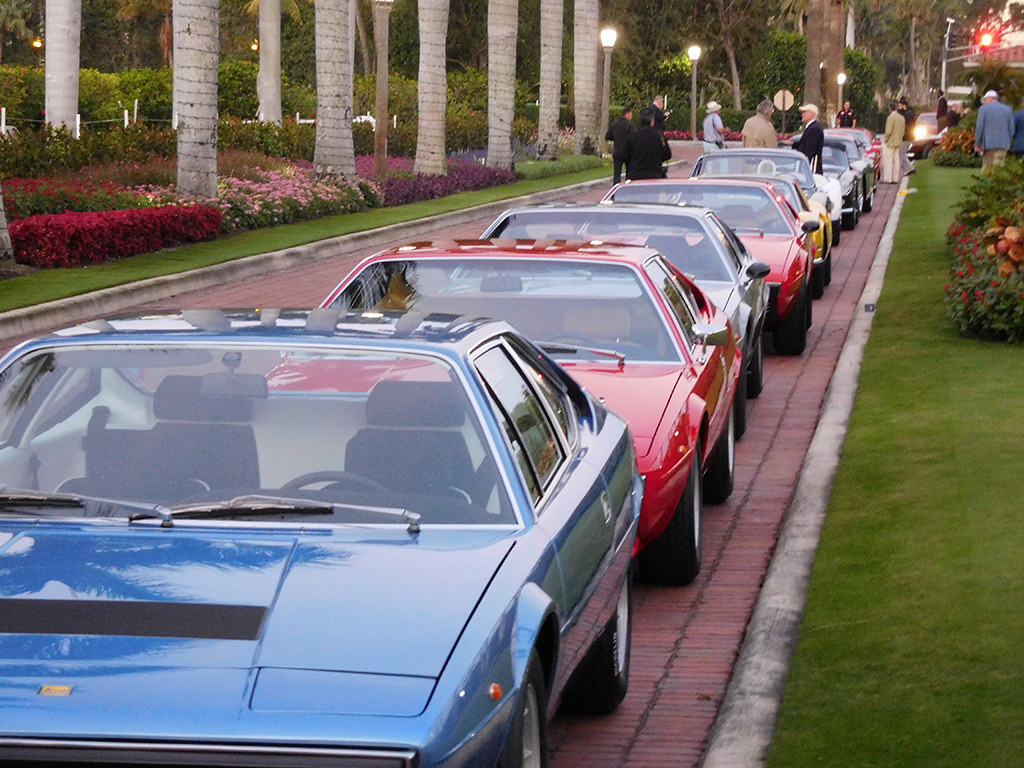 One of the featured cars was the Dino, so there were quite a few 308GT/4s in line to get in. 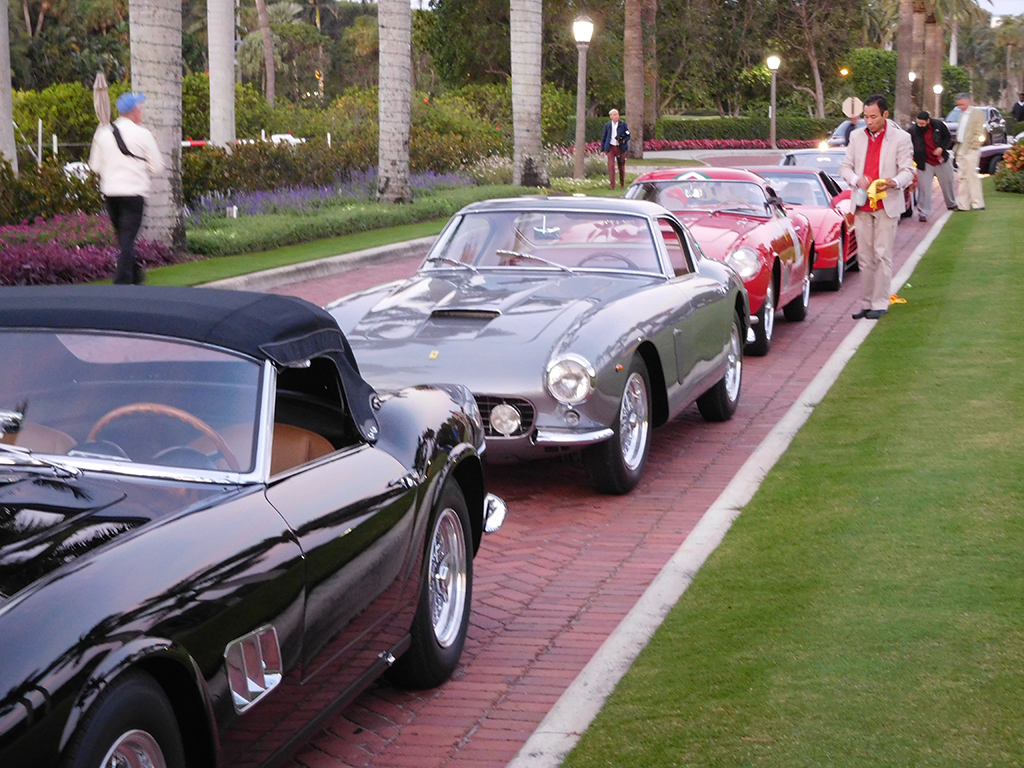 Attendance seemed very light this year, and there were plenty of rumors flying about, but the cars that were entered were all very nice. One of the cars was a 250TdF that was being shown by a fellow restorer, Rex Nuegen. Rex asked if I was busy, and when I told him I was spectating this week, he asked if I could do him a favor. He had two cars to place on the show field and it would be a big help if I could place a 275GTB/4 for him.

Now most of you reading out there would feel it would be a dream come true to drive  a 2 million dollar car onto a prestigious show like Cavallino, but for people who do it all the time, there are risks. The car could overheat waiting to get onto the field. The car could stall and not start.  The car could get muddy or dirty by driving it into a puddle, or worse get damaged from a curb or sand trap. All of these things you don’t want happening to a car that belongs to an owner that wants to win a prize with his baby. All these thoughts went through my mind but were tempered with the trust Rex had in me that I would deliver his customer’s car onto the show field without incident. Besides, wasn’t I looking for ride in early? 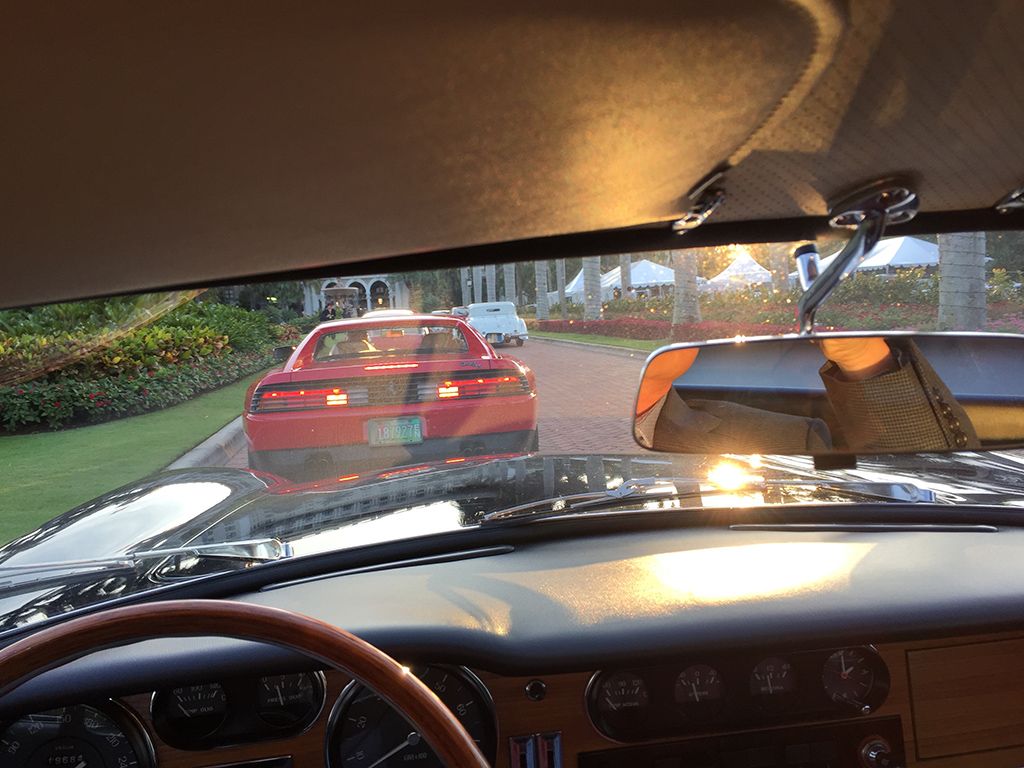 I jumped into the 275GTB/4 when the time came to move the car and recited over and over again the owner’s name (Jeff Lotman, Jeff Lotman, Jeff…) so I wouldn’t be dumbfounded when they asked who’s car it was to assign it a parking spot! 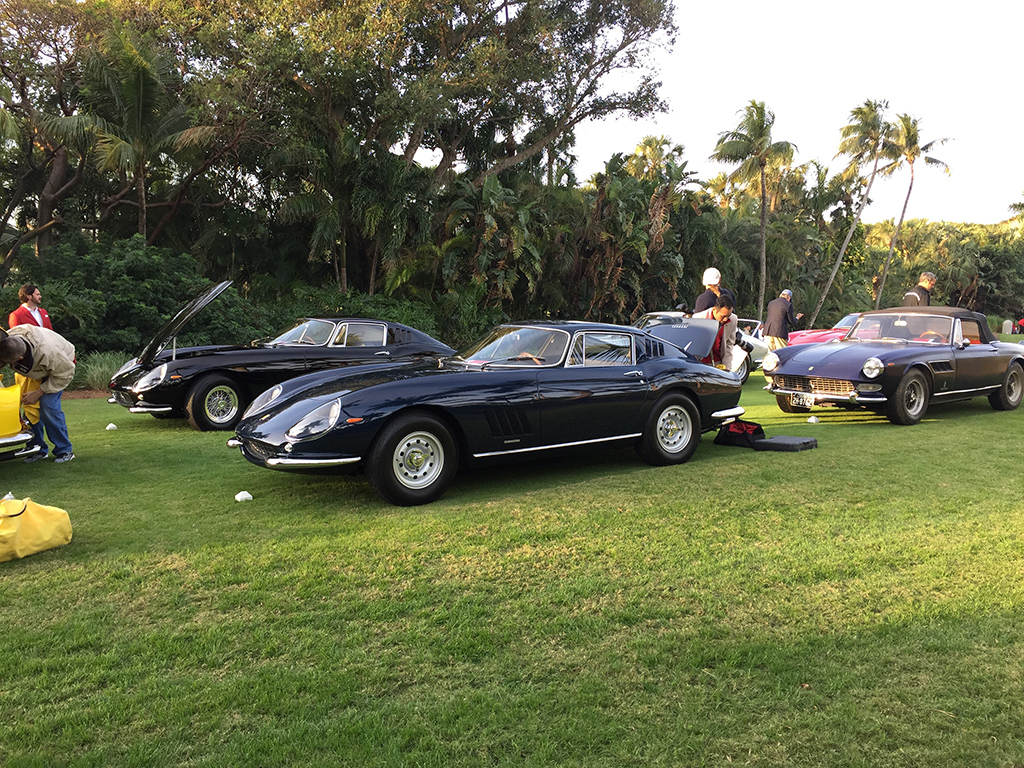 I actually knew a lot about this car before I drove it on the lawn. It was the subject of a book that covered a thorough restoration this car received at Bruce Canepa’s shop in CA. What’s interesting, despite the book and thorough restoration, this car failed to win any major awards at its last National Ferrari Event. It took a second round of corrections by Rex to make this car what it is today! The devil is in the details. 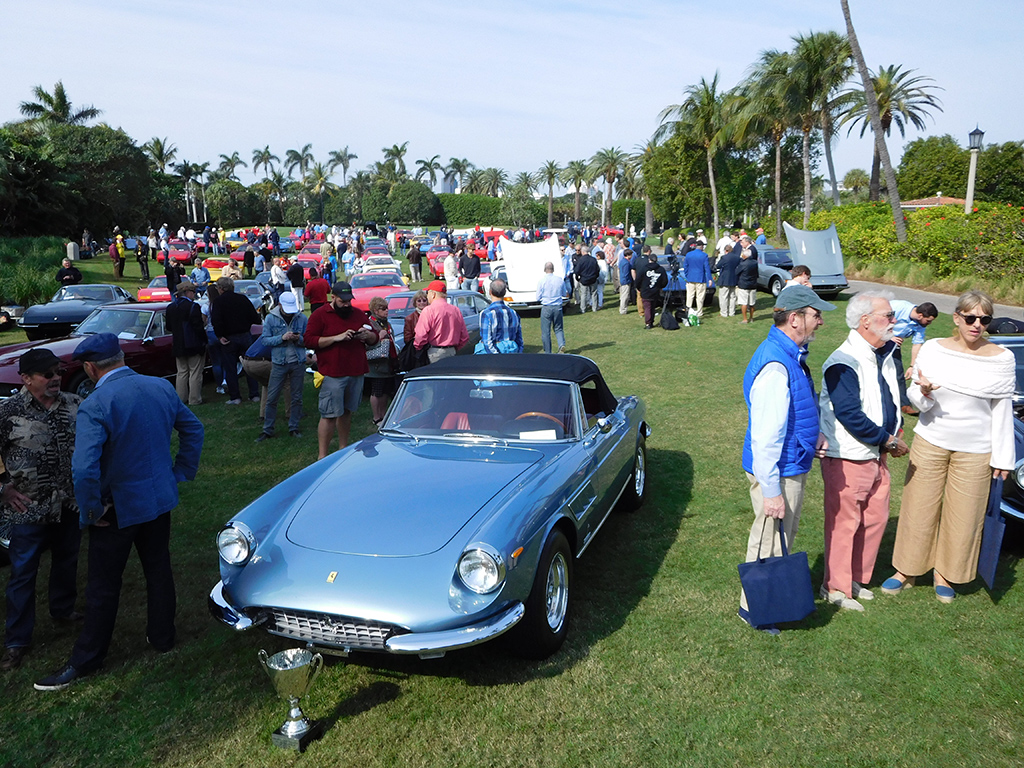 The day was flying by for me walking up and down the show field chatting with new and old friends. The weather was spectacular, but the crowds were thin. I think the cost of tickets and an undercurrent of politics with the Ferrari Factory was having its affects on this show. Its a shame, and I hope there’s a way of correcting it. 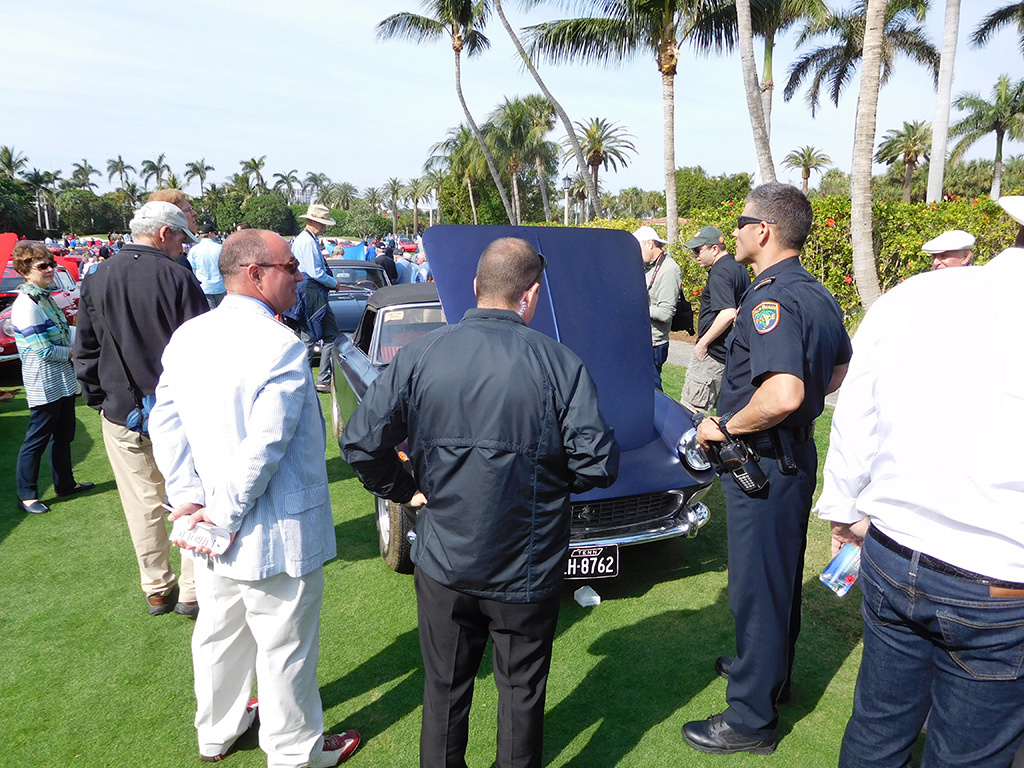 As the morning progressed, I noticed a slight commotion near a 275GTS Bill Noon was showing. This car was “barn fresh” car that Bill Was selling through Symbolic in San Diego. When I asked why there were cops standing around the car, Bill told me a fox was seen scurrying out from a nearby bush and found refuge under the Ferrari! 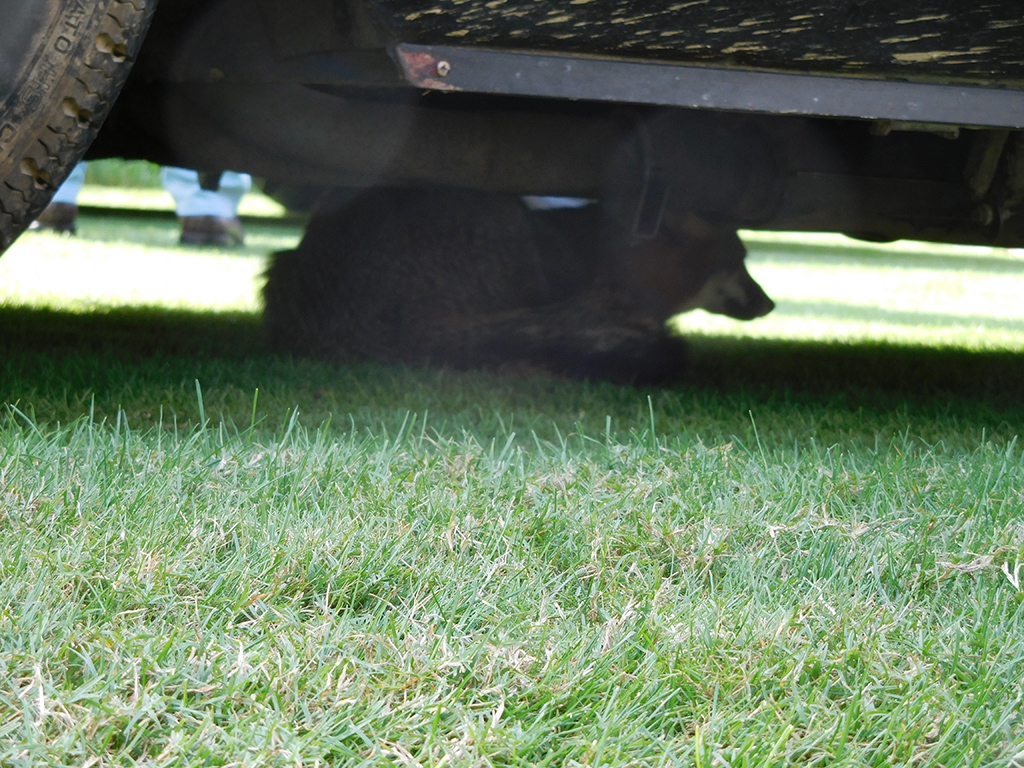 We were all concerned why a fox would come out in daylight into in a crowd to hide under car. Animal control was called, and the police were waiting to take charge of the situation. I left the scene to avoid witnessing the confrontation of a rope on a pole used to scare out a possible rabid fox into an unsuspecting crowd. I never heard any screams of panic later on, so I think they got it all under control! 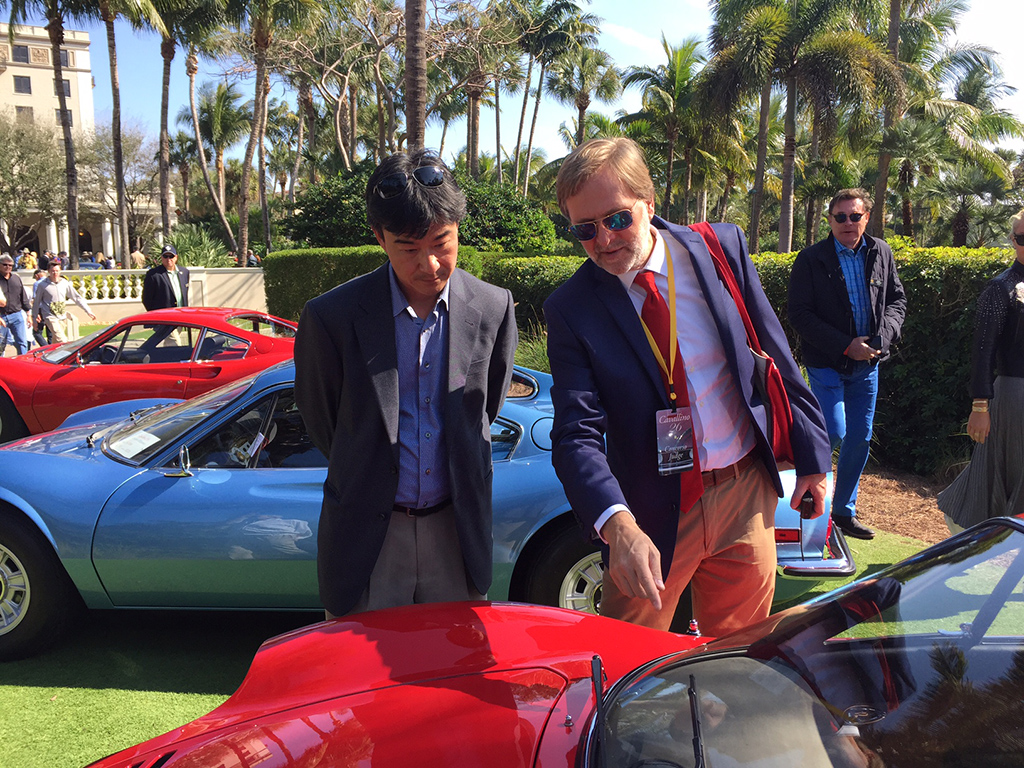 Since this year was celebrating Dinos at Cavallino, many examples were in attendance. Matthias Bartz, a well known expert and author of one of the best books published on the topic of 206 and 246 Dinos was in attendance, and I took the opportunity to meet him and try to absorb some of his knowledge. 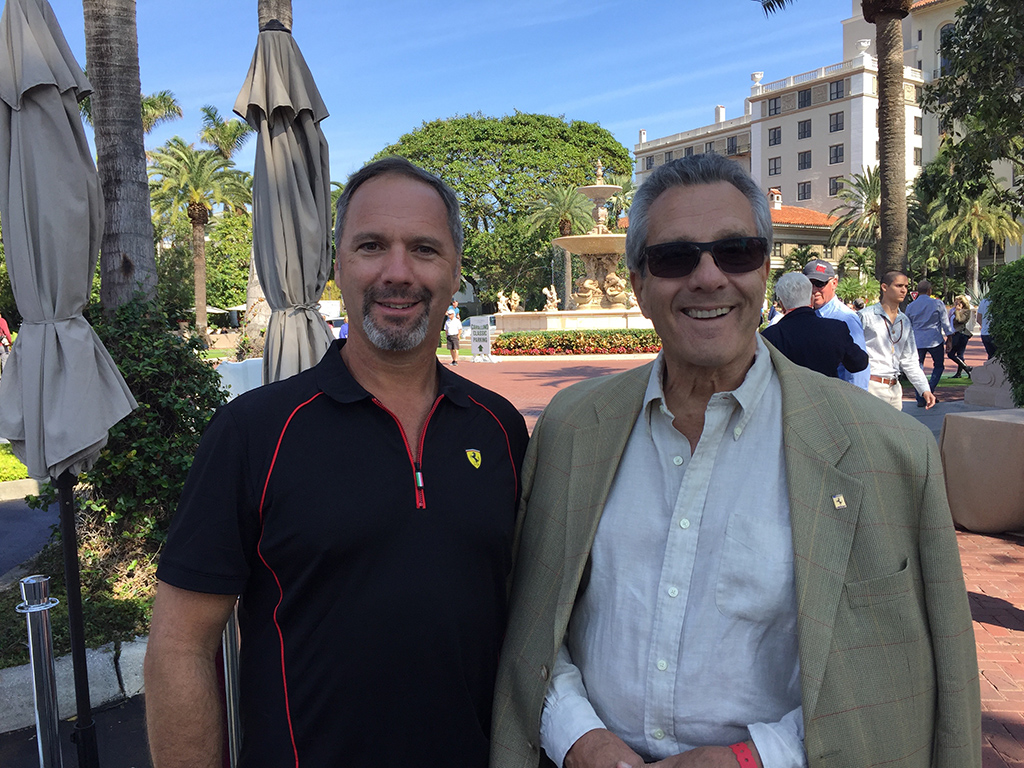 Later on in the day, I was chatting with Luigi Chinetti about the progress of his book, when a fellow 330 owner stopped to say hi to me. Rob owns a relatively famous 330GT 2+2 that had a very strange wicker applique on its side, much like cars with wood veneer glued to the bodywork. As Rob left Lou and I to continue our conversation, I mentioned to Chinetti Junior that Rob owned “the wicker car,” and Lou said, “My Dad put the wicker on that car in France!” “Really?” I said. “Lou, can you do me a favor and tell that piece of information to the owner for me?”

I called Rob back and introduced him to Luigi Chinetti Jr., and Rob was blown away. “YOU’RE Chinetti Junior?!”

We waited for Rob to respond to this piece of missing history on his car, and he said, “I’m still getting over the fact that you’re Luigi Chinetti Jr!!”