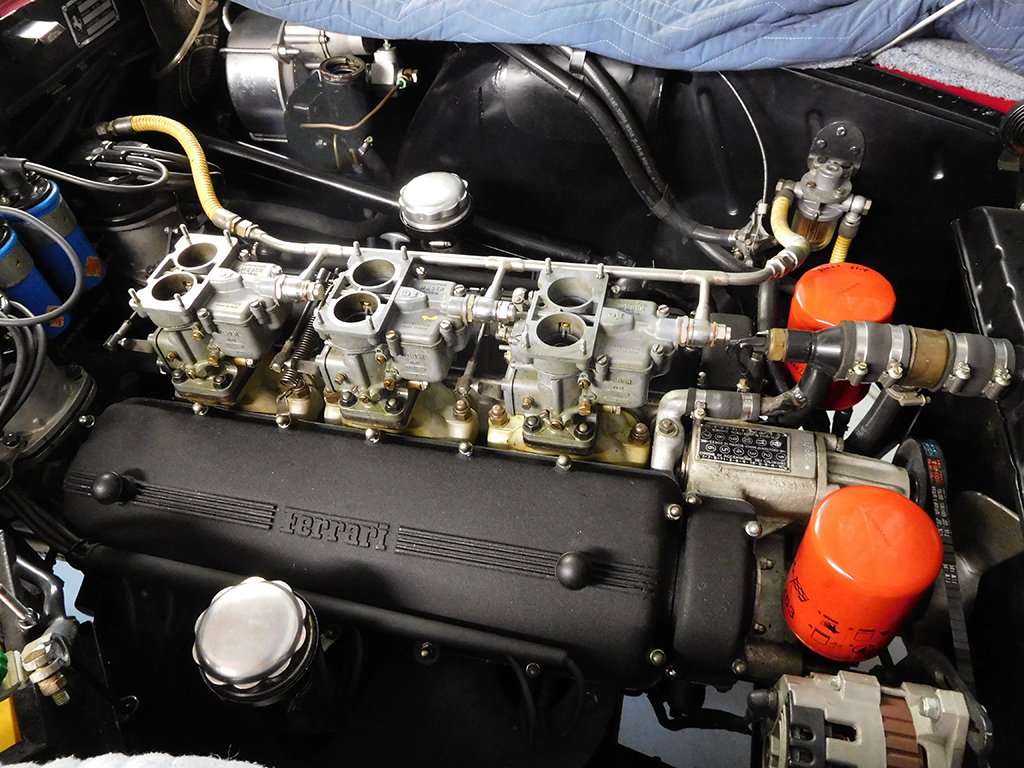 The valve adjustment was finished on a GTE we had at the shop so I installed new gaskets and put the valve covers and associated hardware back on the engine. 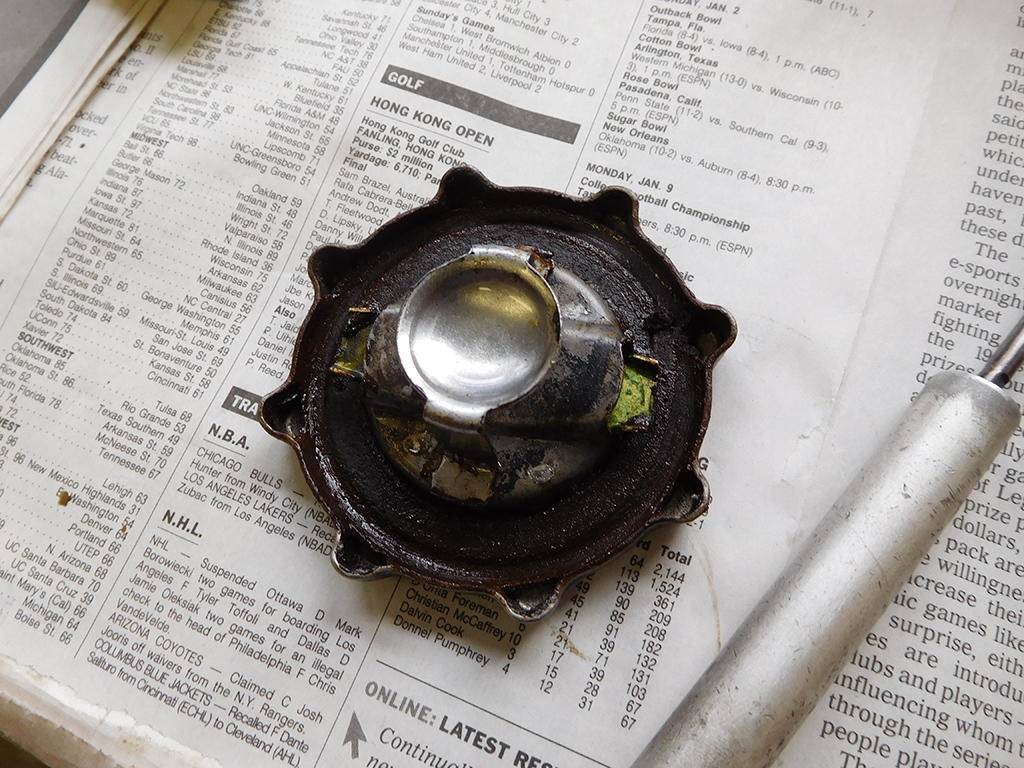 I bled the brakes and found the gasket on the cap was starting to fall apart, so I made a new one from some cork gasket material. One of the biggest differences when working on Ferraris as apposed to working on other cars is the availability of parts. Other mechanics usually put an order in with their parts vendors for gaskets and seals, but often times these are not readily available for Ferraris. More often than not, the parts are not being made, so I usually just make the parts from the start! 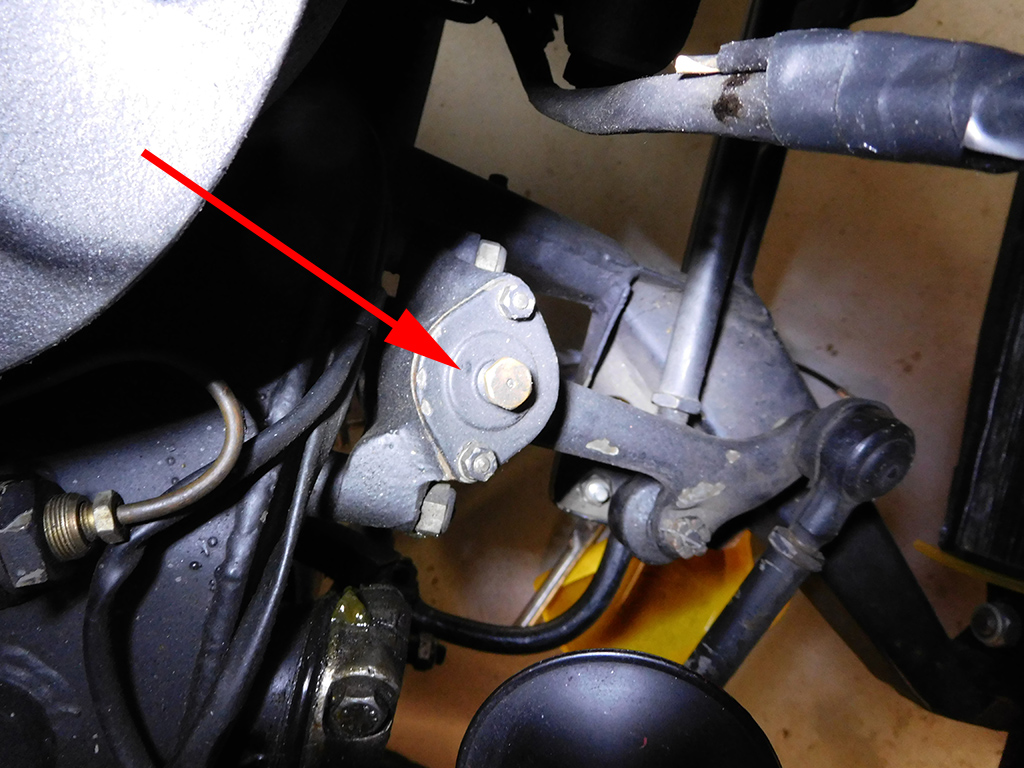 I know I have never greased the suspension on this car since I started taking care of it, so now was a good time as any to shoot some grease in the front suspension. With modern cars and sealed suspensions, we forget that old cars need fresh grease introduced into their joints to keep things working properly. Most of the grease fittings on this car were switched over to modern “zerk” fittings, but  a couple of the original European vintage fittings were still in place. A common one is the one found on the top of the Pitman Arm joint. 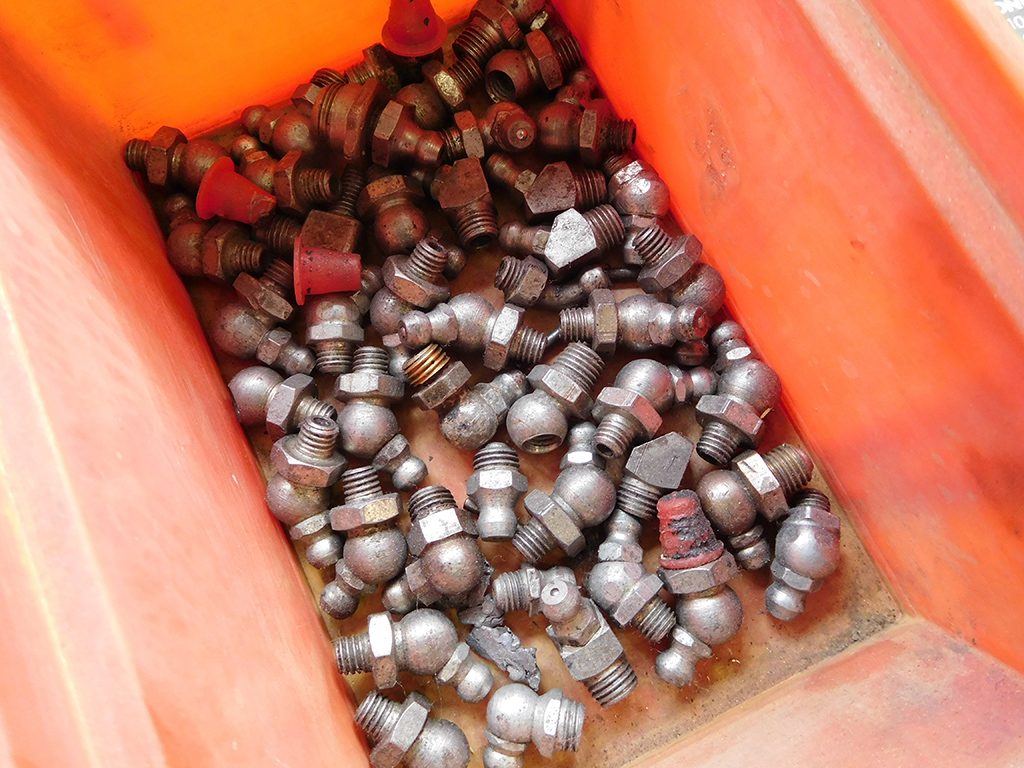 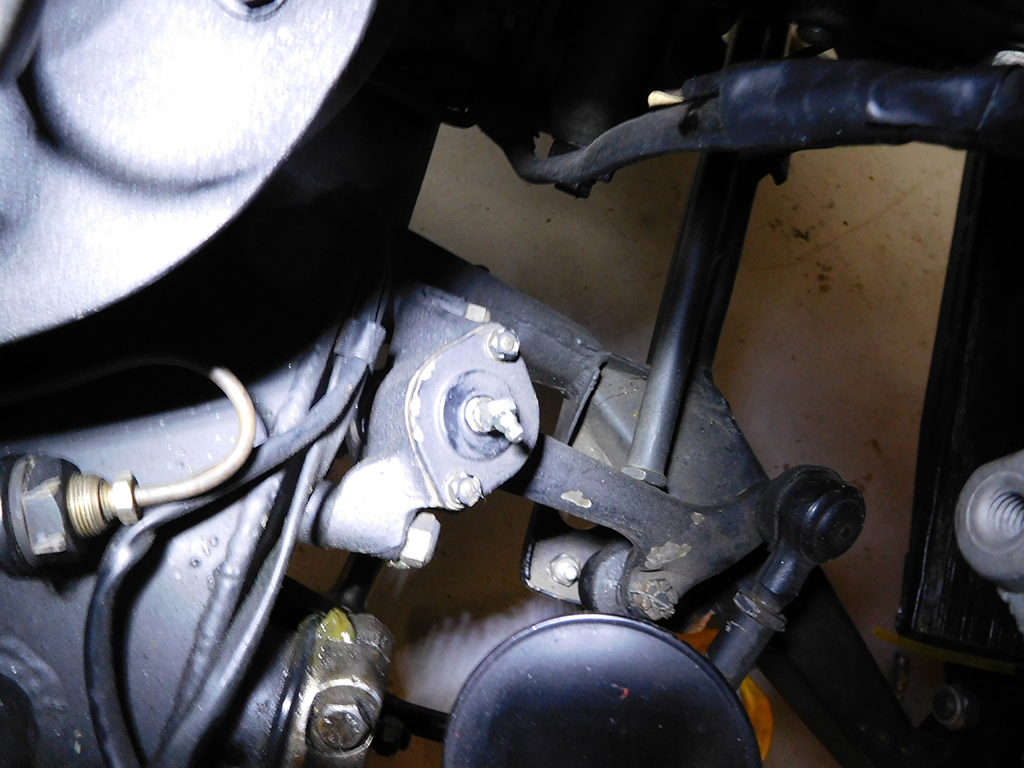 After I greased this fitting, I replaced the old original grease fitting so it would look period correct. 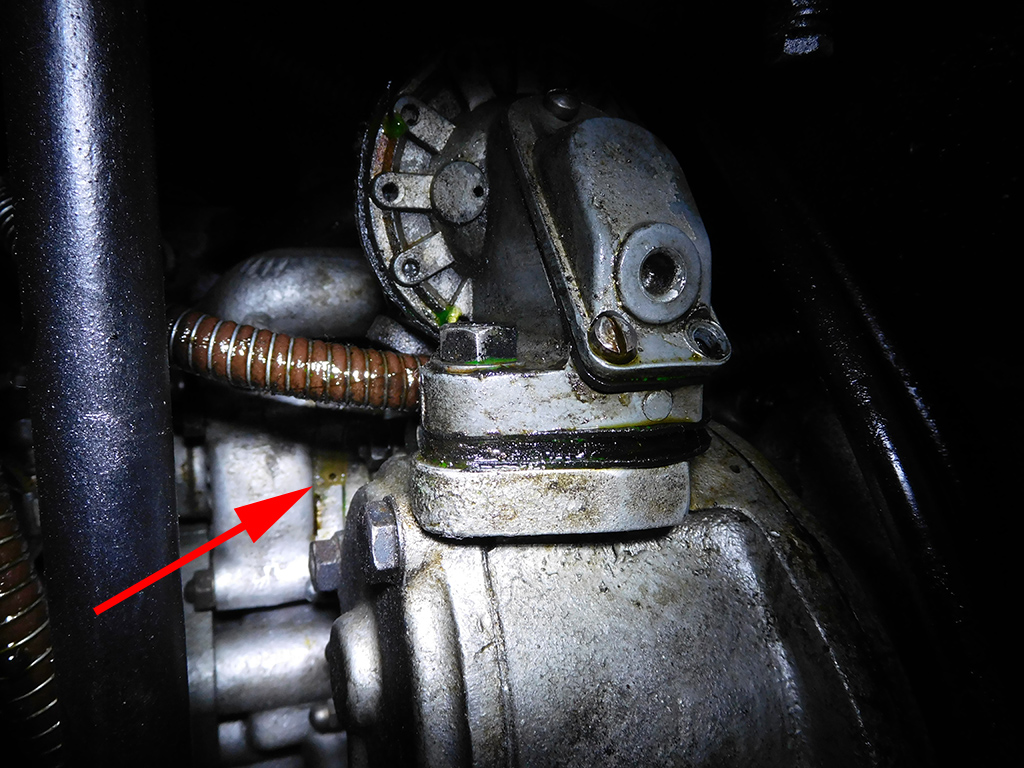 Water pump seals are funny things. Sometimes they will leak when an engine sits for long periods of time, and clear up once the car is run for a while, but other times, a leak like this can get worse. Replacing the water pump seal can sometimes give the same results! I’ll run the car a little bit with the new coolant, and see what happens. I may be pulling the water pump in the next week or so if things don’t get better! 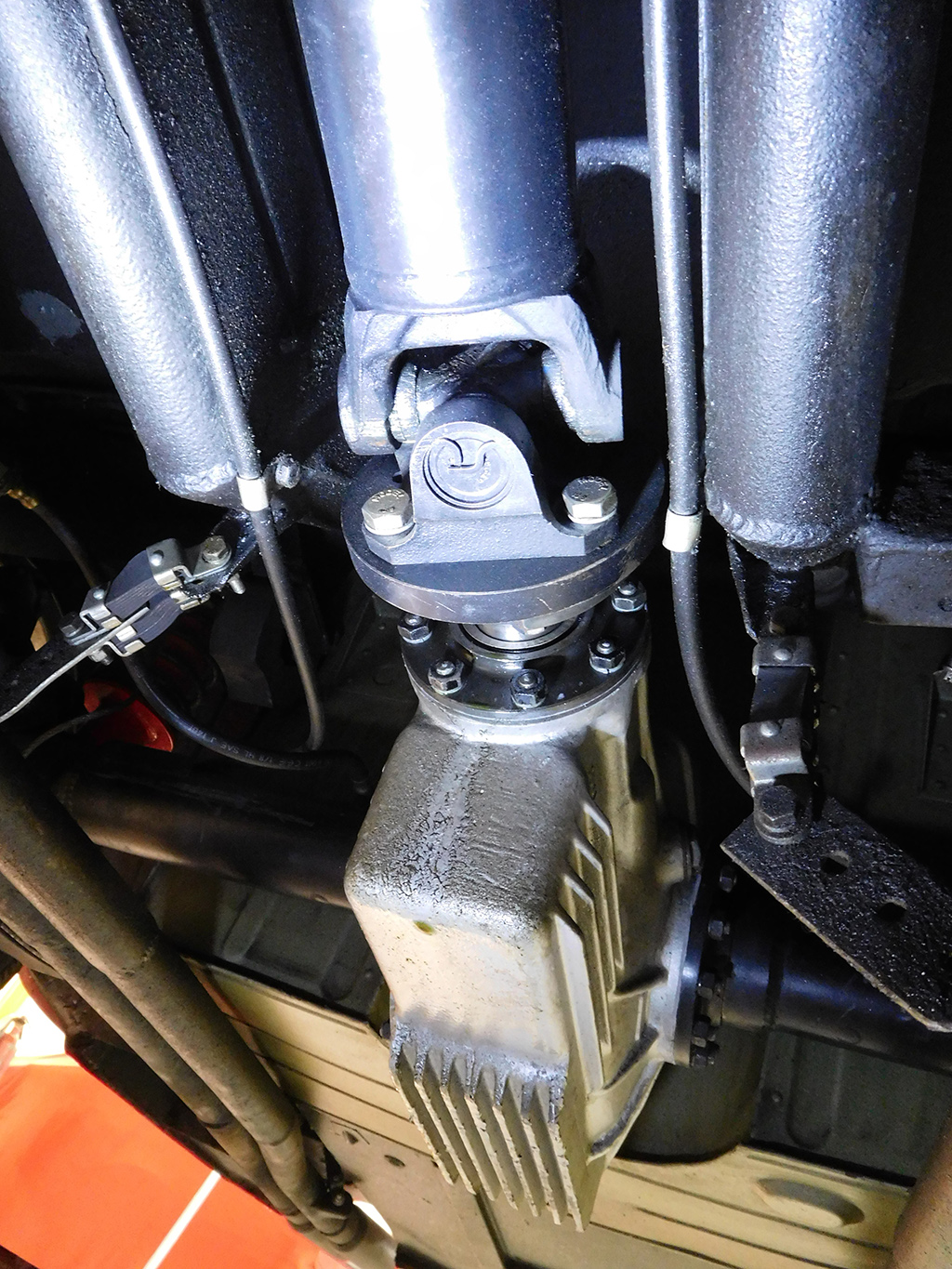 The other issue I need to address on this car is the driveshaft. This car was serviced many years ago at RPM in Vermont, and one modification Steve at RPM does to Vintage Ferraris is to eliminate the stock Ferrari drive shaft parts with u-joints more commonly found on modern cars. This car obviously had a vibration issue that caused RPM to do their mod, but the owner told us the vibration was still there. After driving the car and trying several combinations, I could feel reasonably confident the vibration was coming from the drive line, and probably the drive shaft. 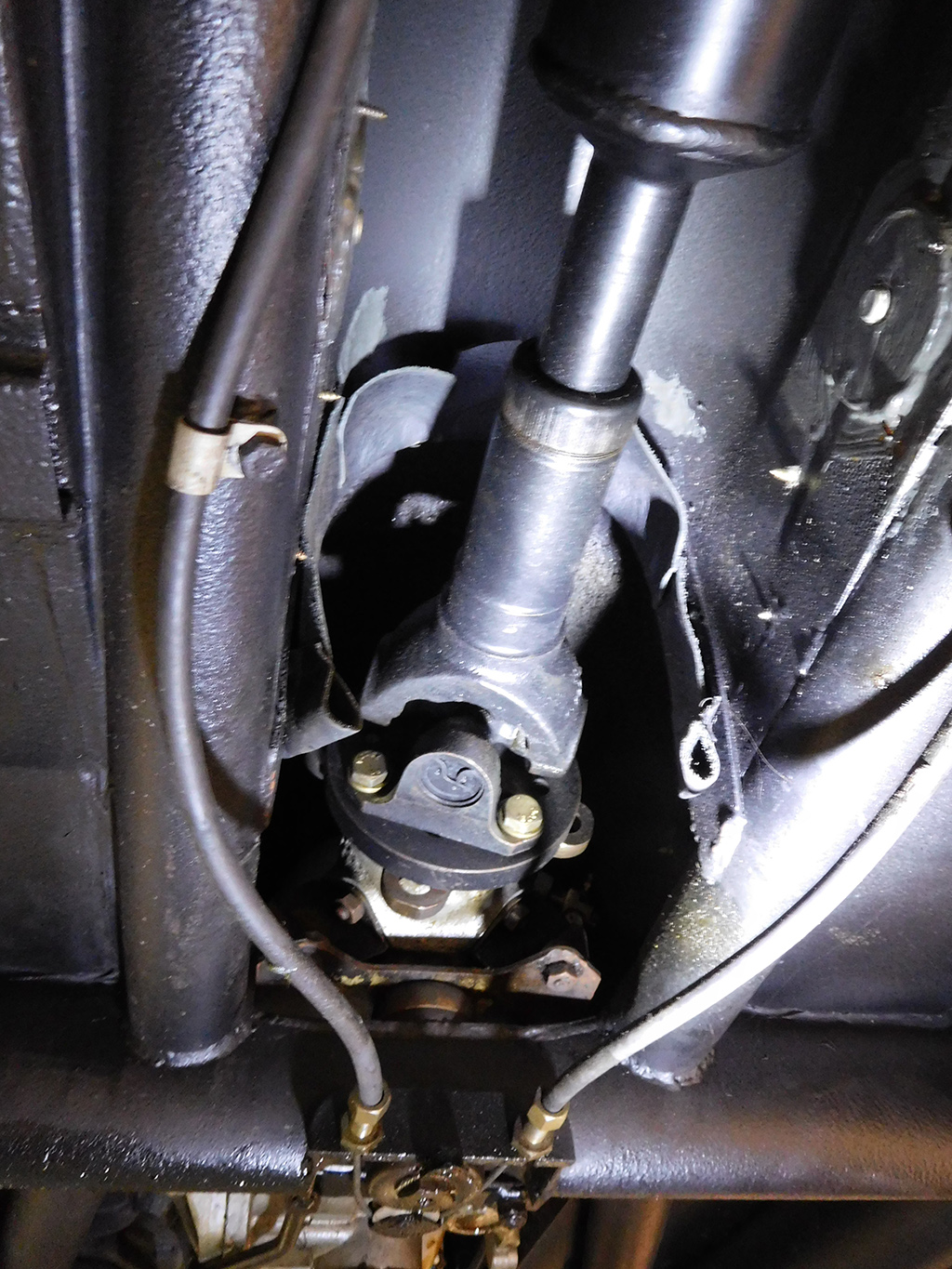 RPM’s modifications are pretty extensive, and returning the drive shaft to stock will require us finding another drive shaft. Steve’s modification eliminates the big rubber doughnut and a spherical socket the locates the drive shaft to the transmission. We’ve have similar problems with driveshaft imbalance and luckily found solutions to the problem without major modifications. There’s no right way to this solution, just different approaches to a problem that can plague certain cars. 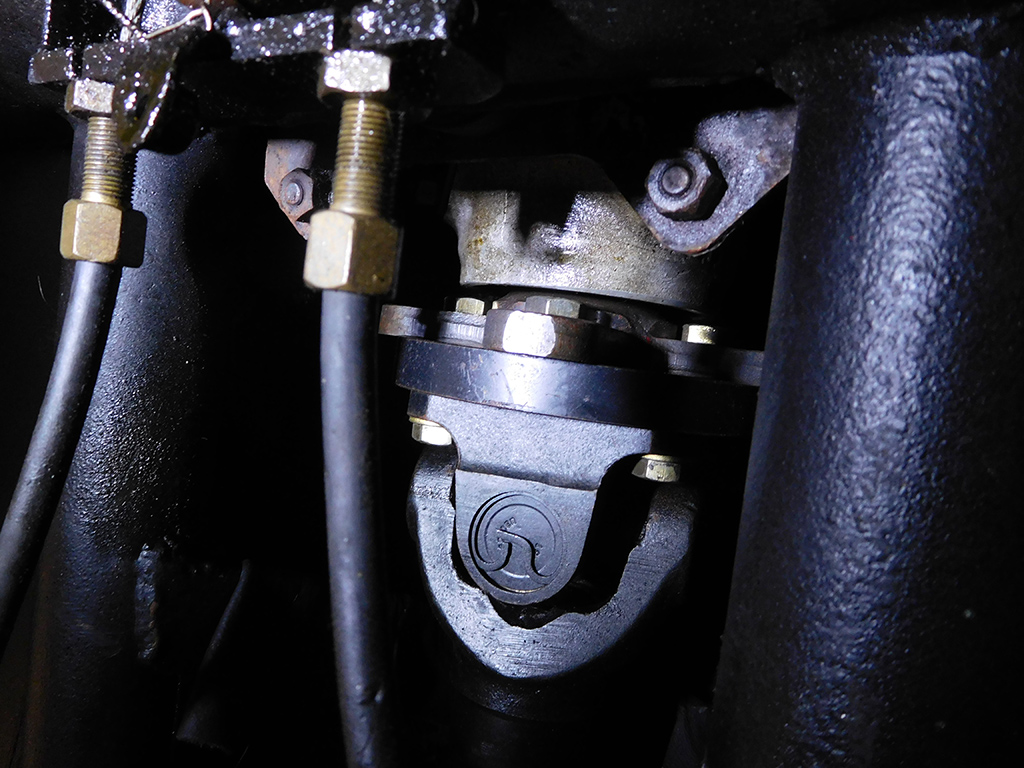 The first thing we’ll try is to have the shaft re-balanced, to see if it can be fixed without returning the set up to stock, but if that doesn’t work, we’ll have to do some searching for a stock driveshaft!