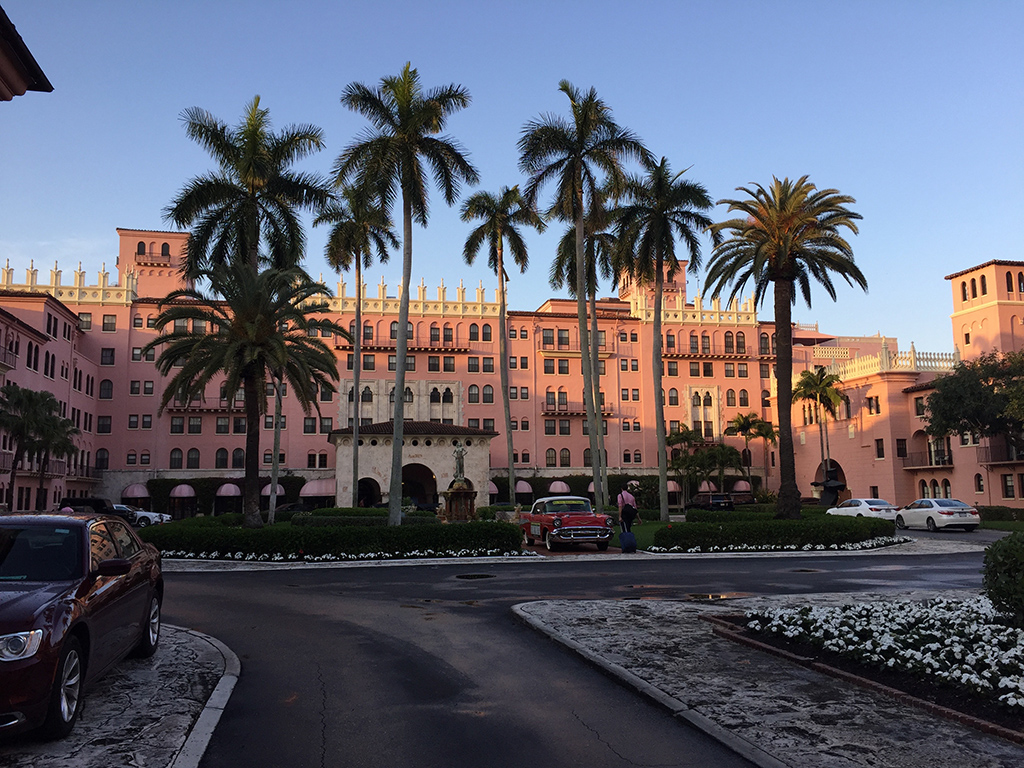 I’ve been asked now and again by the owners of  The Finest Automobile Auctions to help put on an automobile auction. I’ve worked for The Finest at auctions held in Hershey to Aspen, and served several roles in the past year. This time, however, I was asked to be in charge of all the automotive logistics in the days leading up to, during, and after the auction being held in Boca Raton Florida during the Boca Raton Concours. 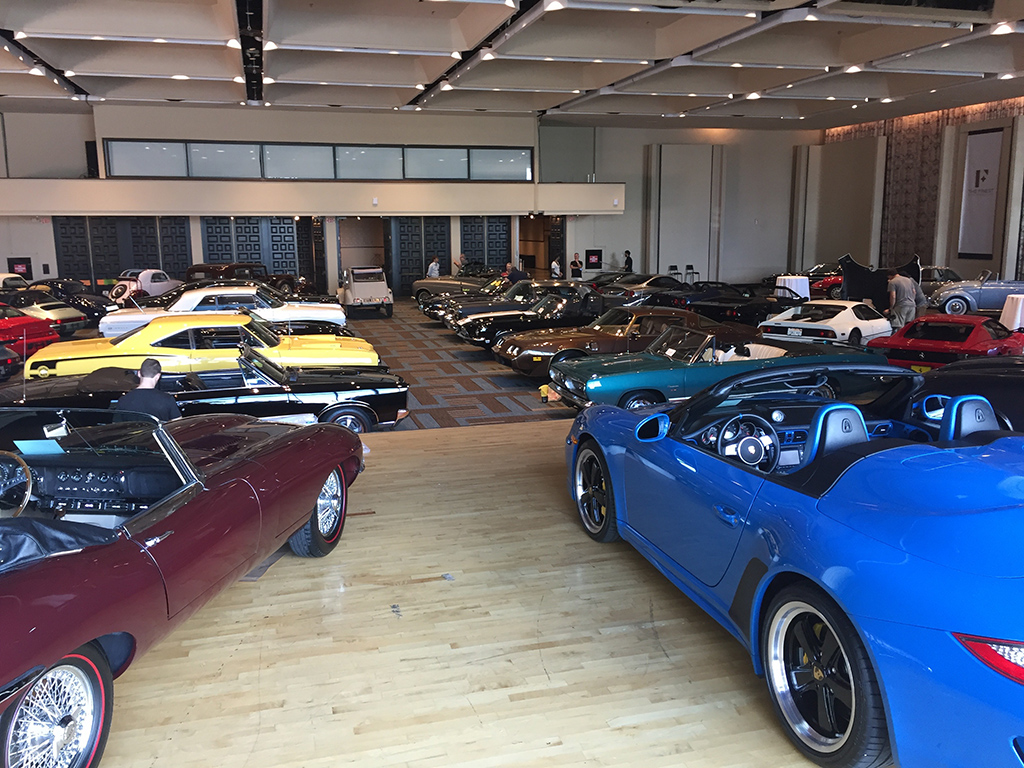 At first glance this sounds like a fun job, and it can be, but there is a lot of work that the public does not see in moving dozens and dozens of cars off of transporters, driving them to the display area, positioning them just right, moving them again on auction day, arranging them in lot order, getting them off the stage, and then loading them into new trucks headed home with the new owners! 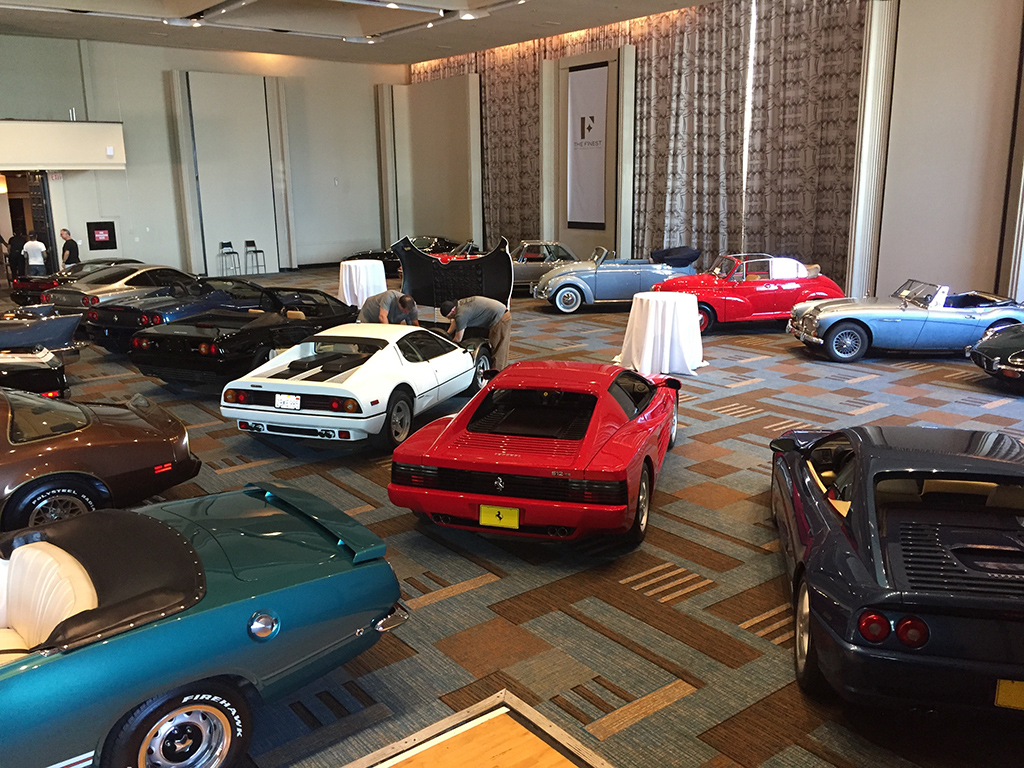 My normal work day simply consists of working on Vintage Ferraris, not about moving 70 cars around, but in my previous career in television, I worked with touring Rock Bands, so I was familiar with the task of unloading semi tractor trailers filled with heavy equipment, arranging them on a stage, and loading it all back on after the show. Ironically, those old skills were needed again to get this job done, and I agreed to do it. 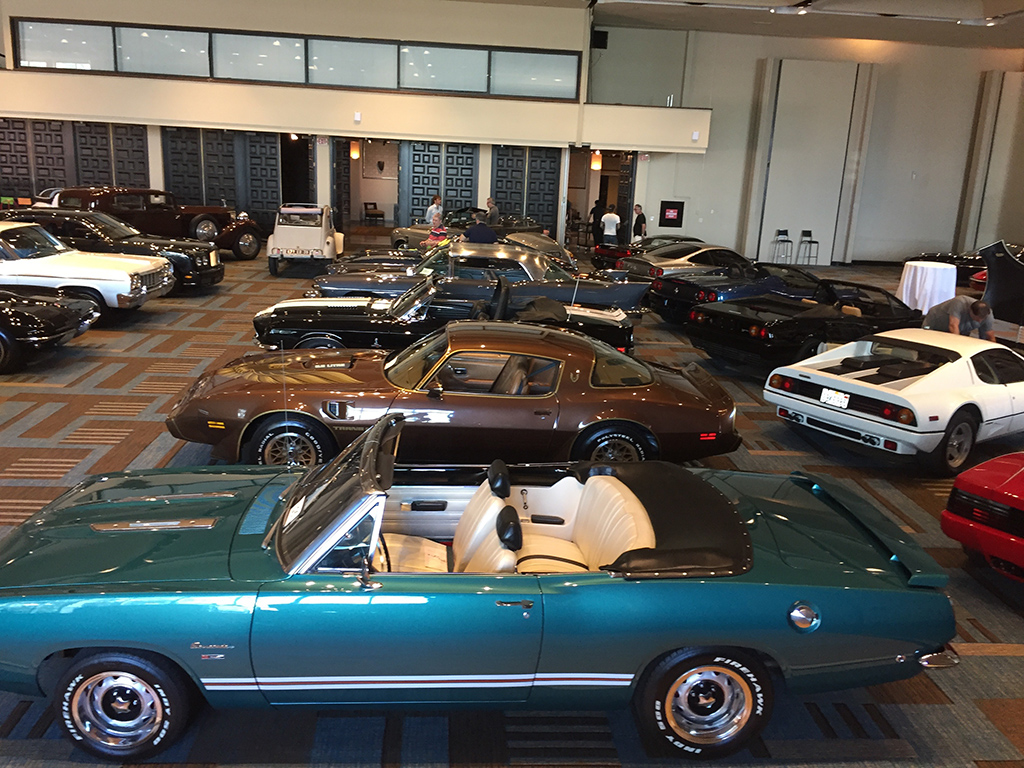 This particular venue had some challenges that we had to overcome, and since I was in charge, I was responsible for implementing a plan that would work. Scott and Bradley hired the right number of competent people, and I put them all to good use. The challenge was to unload 70 auction cars into a display area in 24 hours just in time for a opening cocktail party and all day preview. After the Preview day, we had to move all the cars out of the preview room and get them ready to cross the auction block in order the next morning 12 hours and 1/4 mile away! 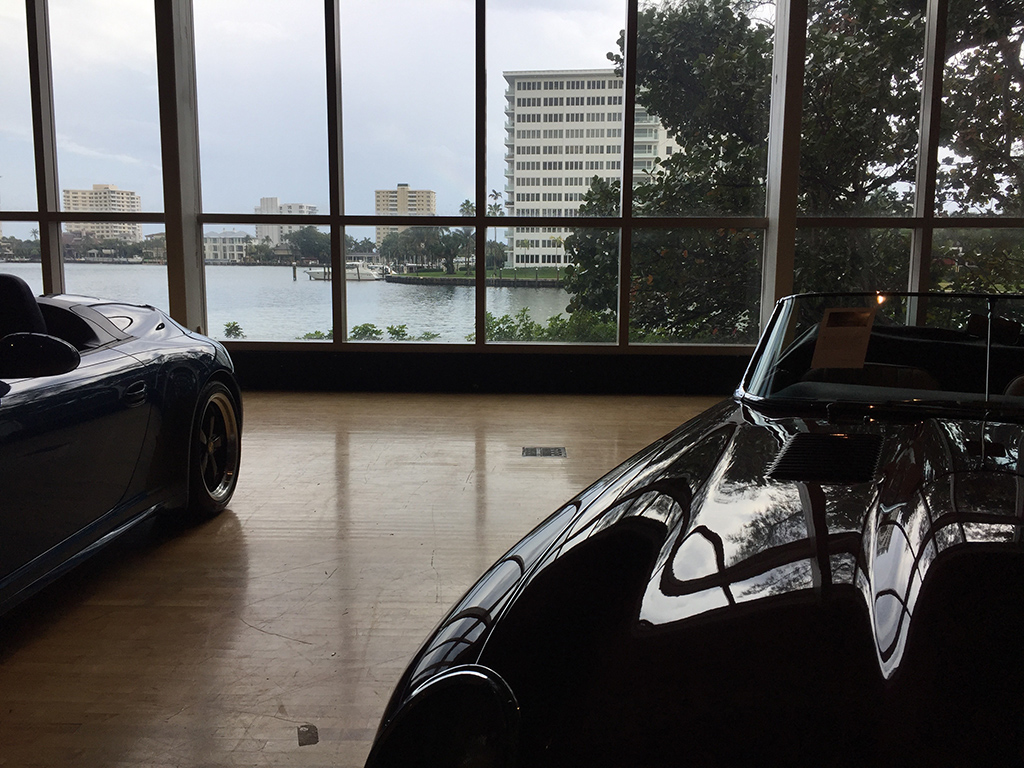 Placing the cars required skilled driving, team work, and a little muscle to place them exactly where Bradley wanted them in the first venue. Since we worked together on several auctions before, I knew what Bradley liked, so there was a lot less changes than before. 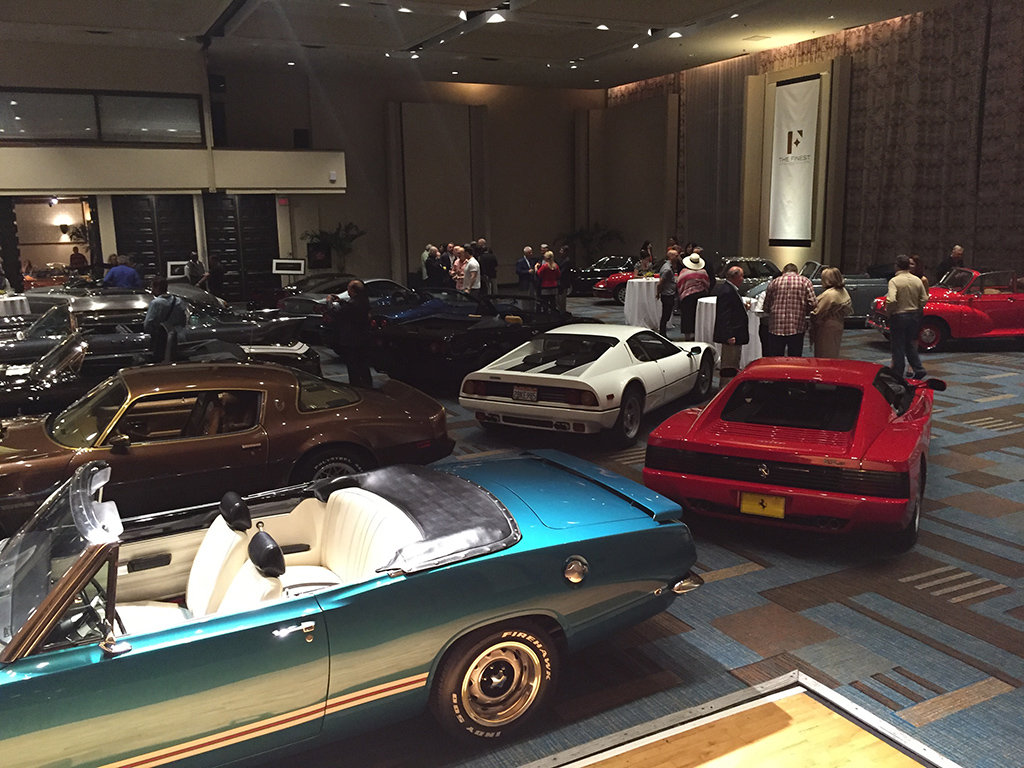 Each day, I was presented with one part of a multi-day attack to complete this auction, and at the end of each day, we managed to complete the day’s task with very little complaint, and the crew was still smiling over drinks in the evening! We were tired, but no one was yelling, and no one was angry. 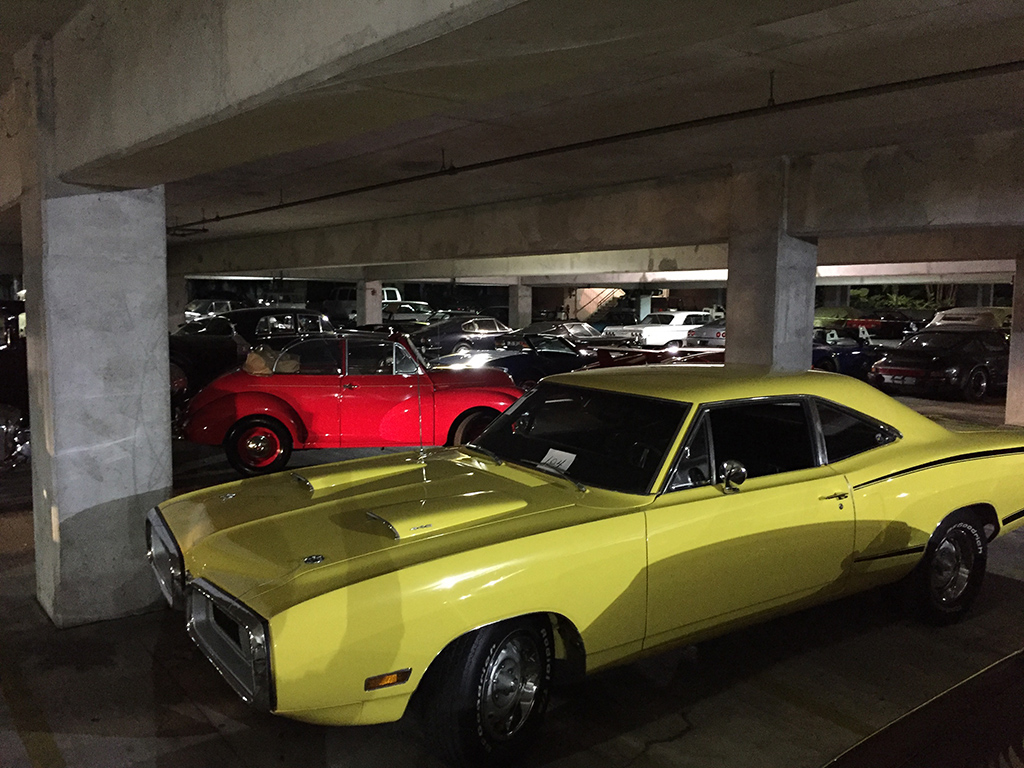 After the preview, we worked late into the evening moving the 70 auction cars into a holding area in a parking garage getting them roughly in place to run across the block the next morning. 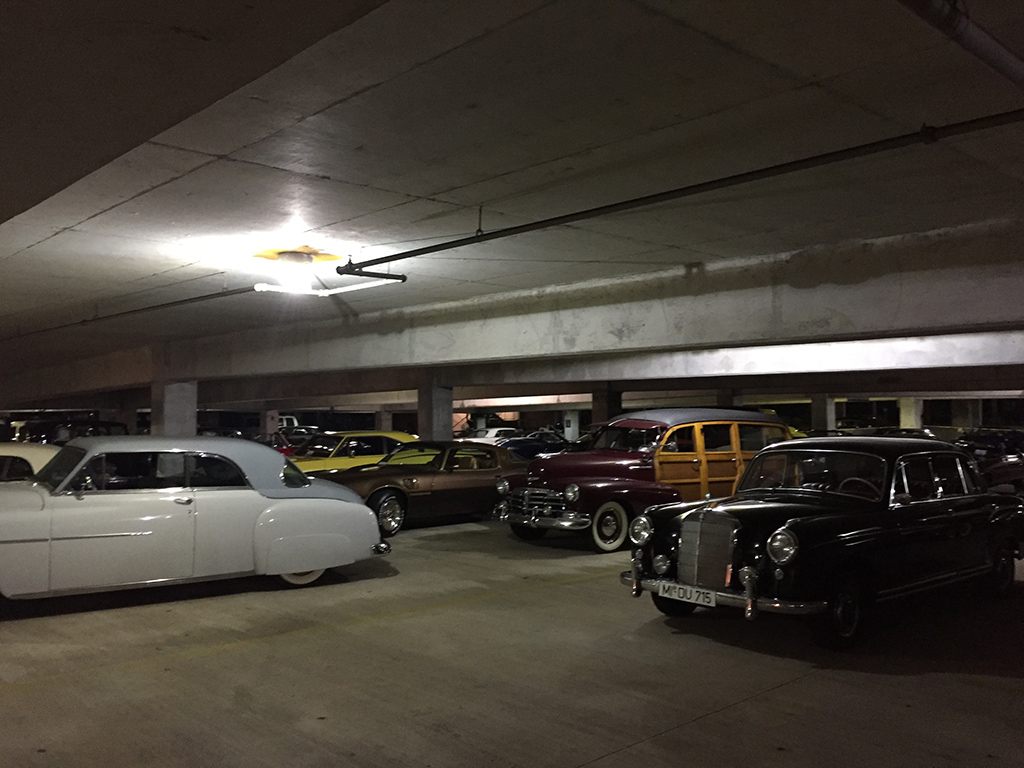 Having never done this before as the leader of a team of drivers, mechanics, and tow people, I was making up the procedures on the fly. I was very happy to see little doubt of my plan, and it seemed to work pretty well. Not bad for making it all up at 5am the morning of the move! 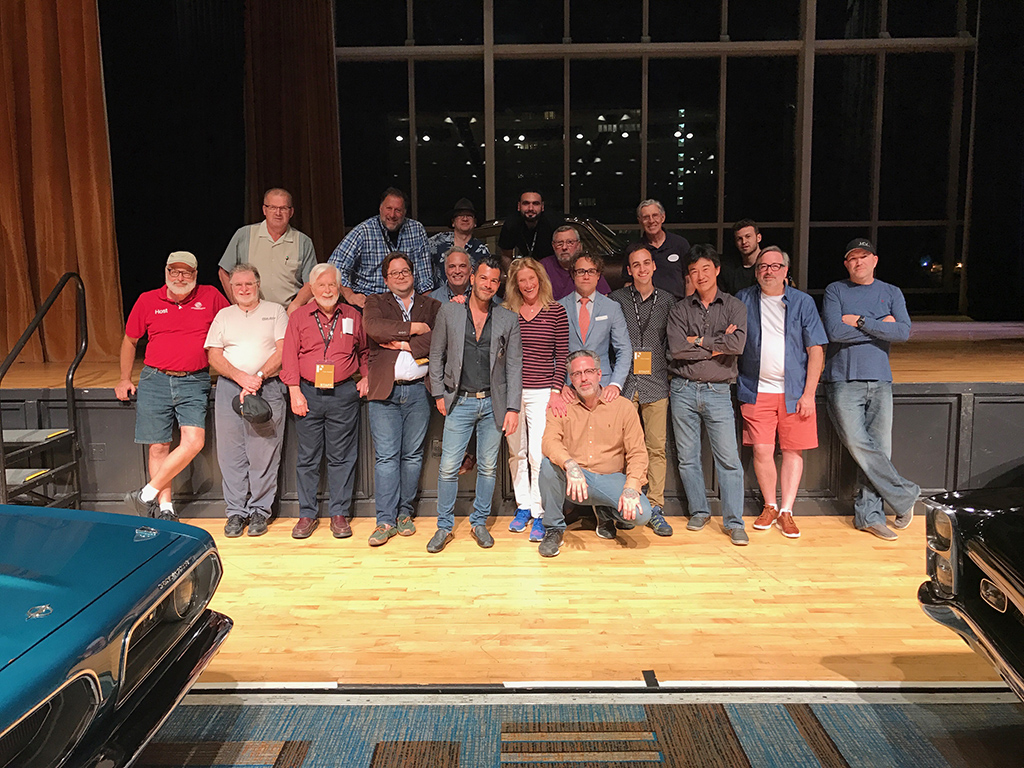 This photograph was taken with only part of the crew, and I wish I could have gotten everyone in the shot. There were at least 20 more guys that pushed, drove, and moved cars for us.

I can’t thank everyone at The Finest enough for pulling this auction off. My job would not have come close to seeing the success that it did without the help and dedication of a great crew. Thank you everyone for your help. I am forever indebted. 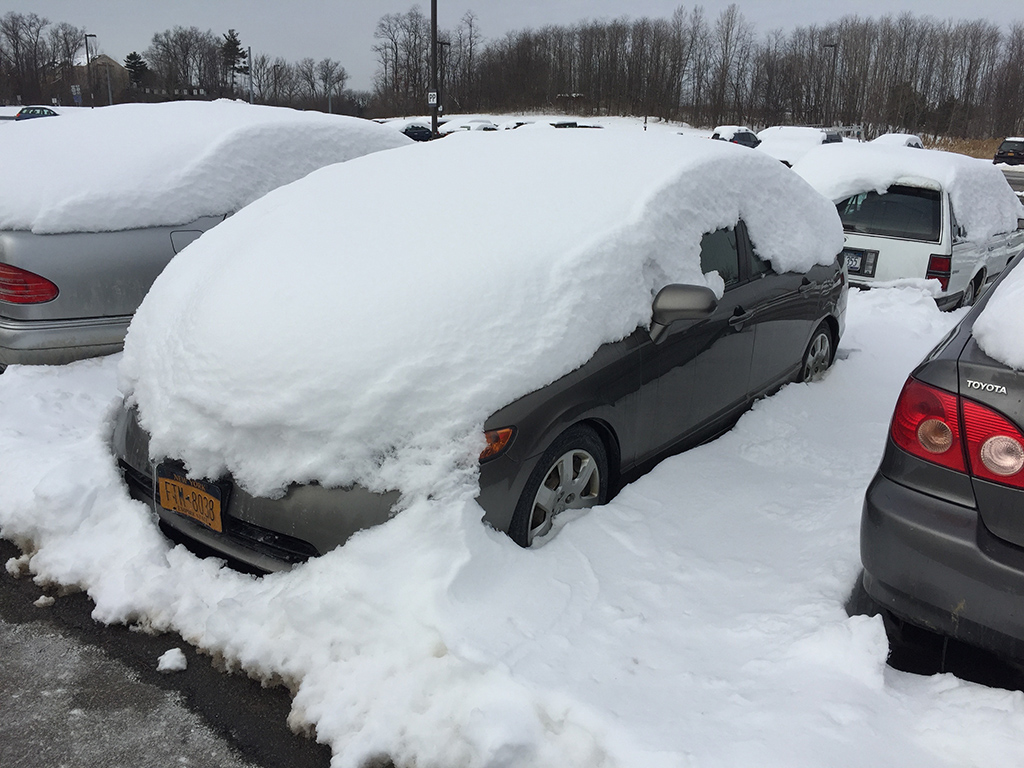 While I was away in sunny Florida, back-to-back storms pummeled the northeast, so this was what met me at the long term parking at the airport on my return. There’s absolutely no rest for the weary!