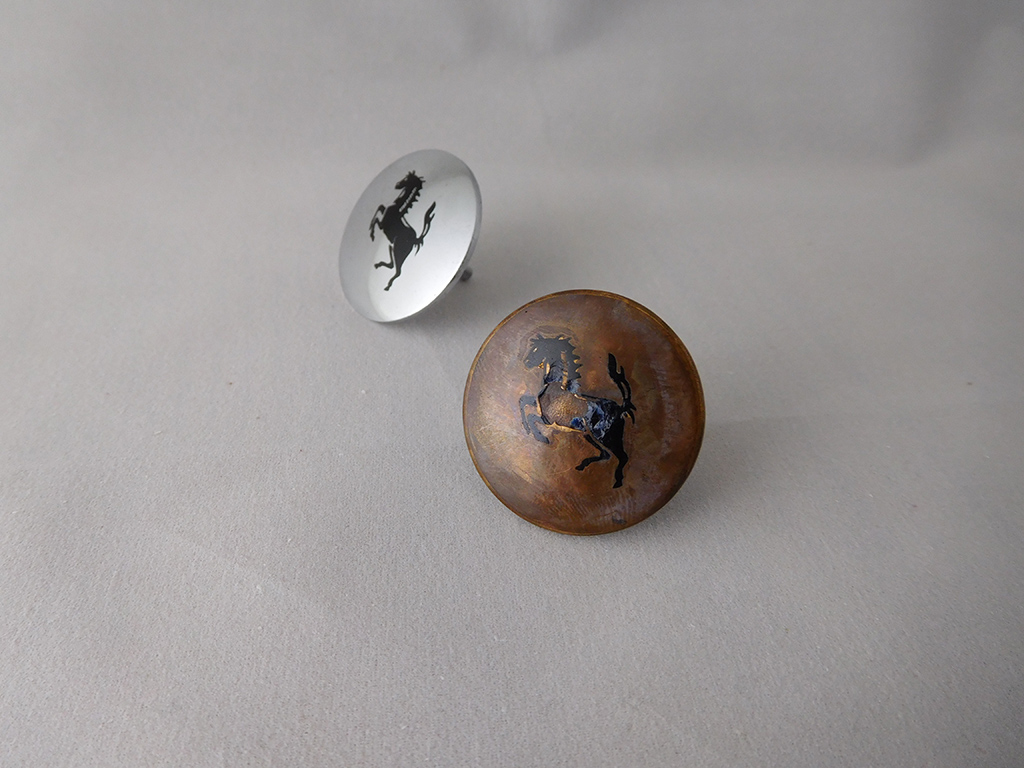 I was having some chrome plating done for a customer’s car when a piece of the prancing horse came off! This little emblem mounts on the gas cap of a 330 GTC but can also be found on a 330GT 2+2. The horse is a piece of Cloisonne, which is a technique where powdered glass is fired and melted to form a glaze or ceramic finish. This particular piece has a stud on the back of it that secures it to the gas cap. It  may have been over tightened in its past, and fractured the cloisonne. The chrome plating process caused the weakened part to break off. I was left with finding a solution. Who even does cloisonne anymore? Who can I trust with this nearly irreplaceable piece? After making a couple of phone calls, I spoke to a friend and fellow restorer, and he told me he had two “New Old Stock” ones left in his stash, but was willing to sell me one! I promised not to tell anyone where the last one was, and gladly bought the extra one. This saved me a lot of time, risk, and heartache to fix this one. I may still repair the broken one, but at least now I had an instant solution! 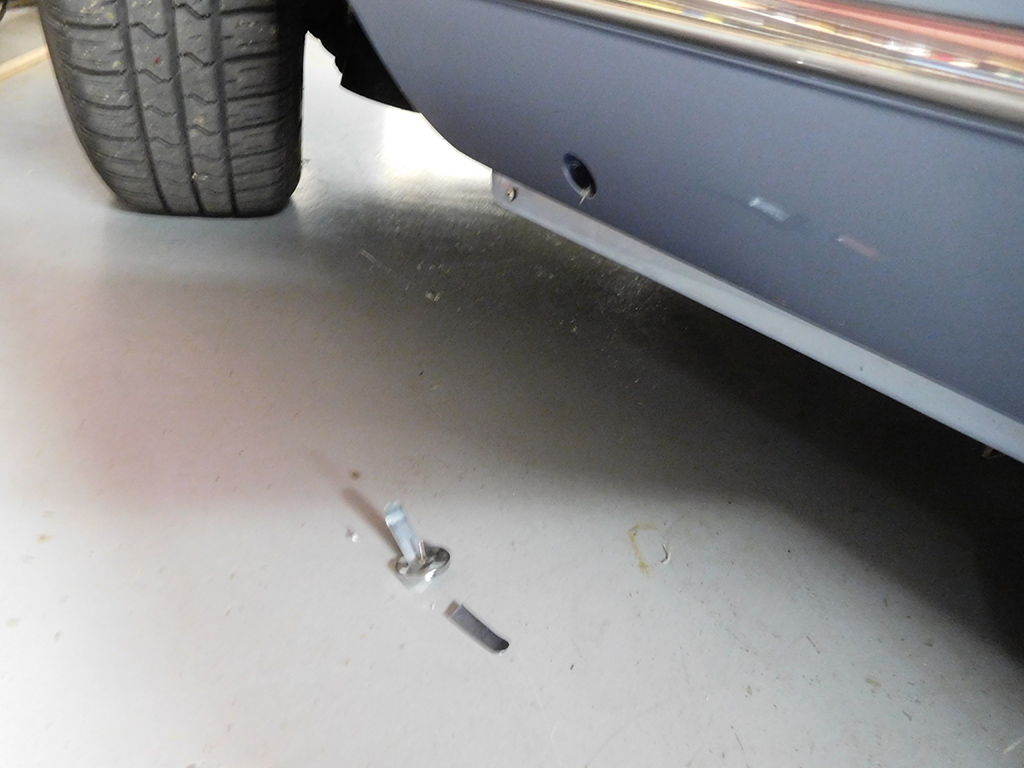 I installed a set of Jack Hole Plugs on a car I’ve been working on, and found one laying on the floor the next day! It looks like the spring clips used to hold these plugs were a little too brittle and were breaking. I checked the others and 3 out of 4 broke off in my hands. I found some different material to use on these plugs and used some silicone glue to add another layer of insurance so the owner wouldn’t loose them as he drove this car down the road!