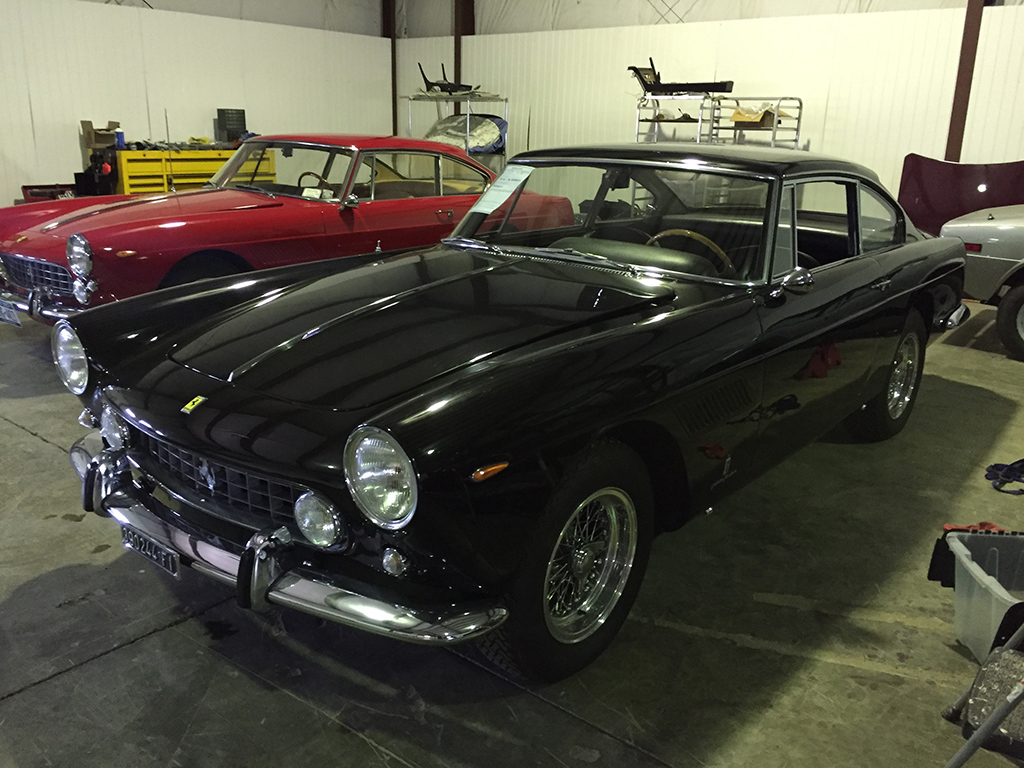 Several months ago, I was sent to Gullwing Motorcars to inspect a 250GTE for a client. It was a car with some good history, and my job was to perform a Pre-Purchase Inspection to make sure it was to the best of my knowledge a decent car. Unfortunately, the morning I arrived in Queens to look at the car, the guys at the shop told me the car started making a ticking noise like an exhaust leak when they started it. When I heard the noise, I said,

That wasn’t an exhaust leak and when I did a compression test, it was confirmed with no compression in one cylinder a valve seat must have dropped that morning!

After some negotiation of the price, the buyer agreed to buy the car and have me look into repairing the engine. With a dropped valve seat, we will probably be looking at a full engine rebuild, because of the risk of the other seats falling in the future, but we’ll get the engine out and see. 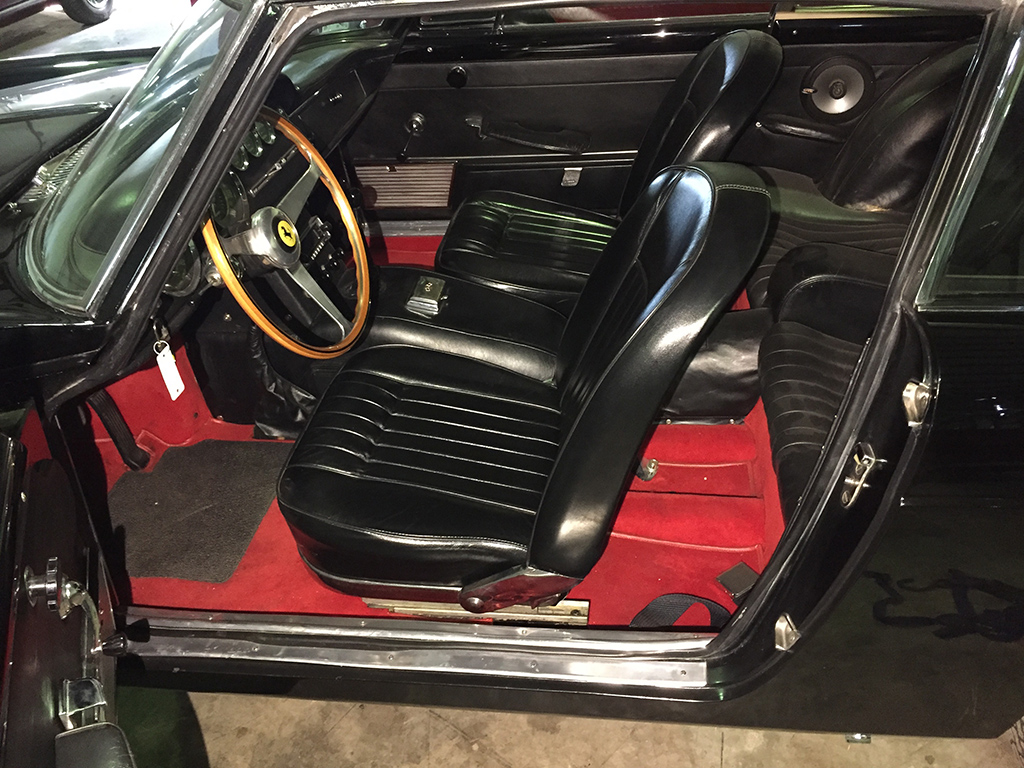 Getting the engine out of a GTE began by removing the interior to access the transmission. 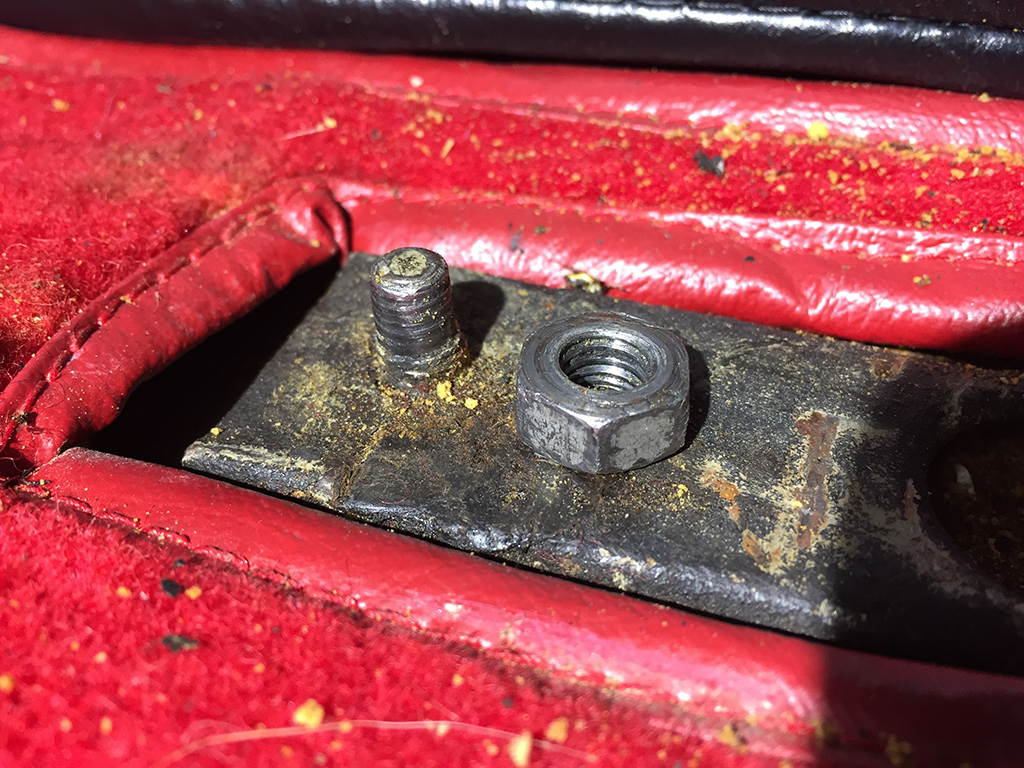 Since this is a new car to me, I was also making a list of things that needed attention while we were doing the engine work. One of the seat studs was stripped, so we’ll have to weld in a new stud. 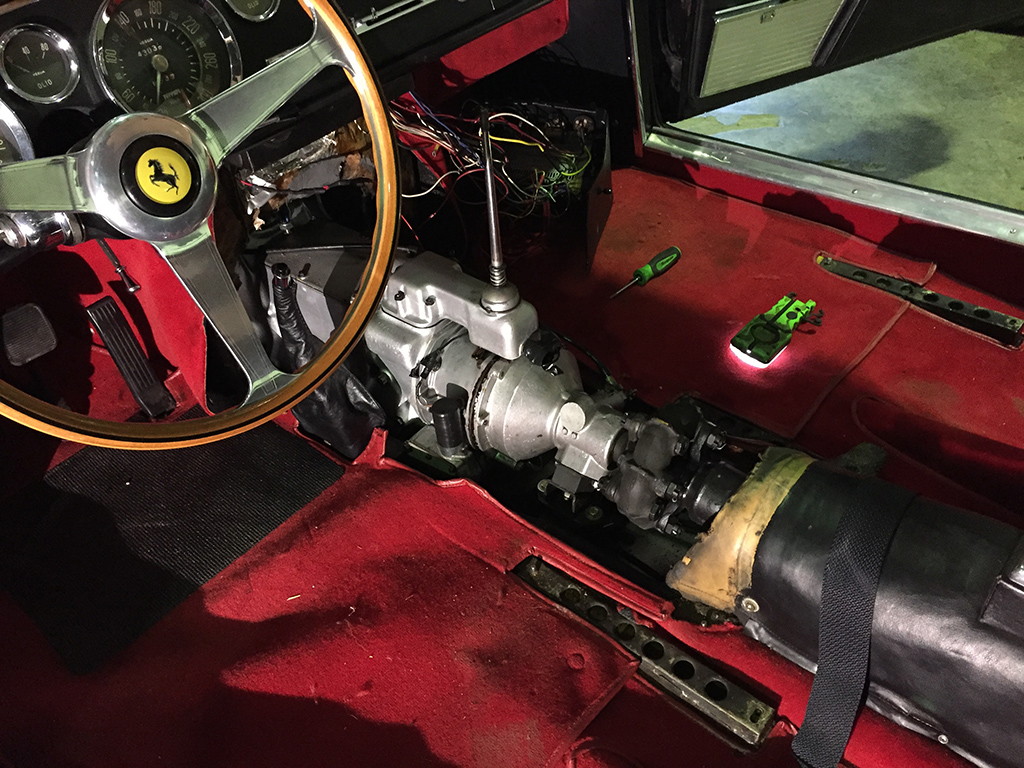 With the seats out of the way, and center tunnel removed, I disconected the drive shaft and unbolted the bell housing. 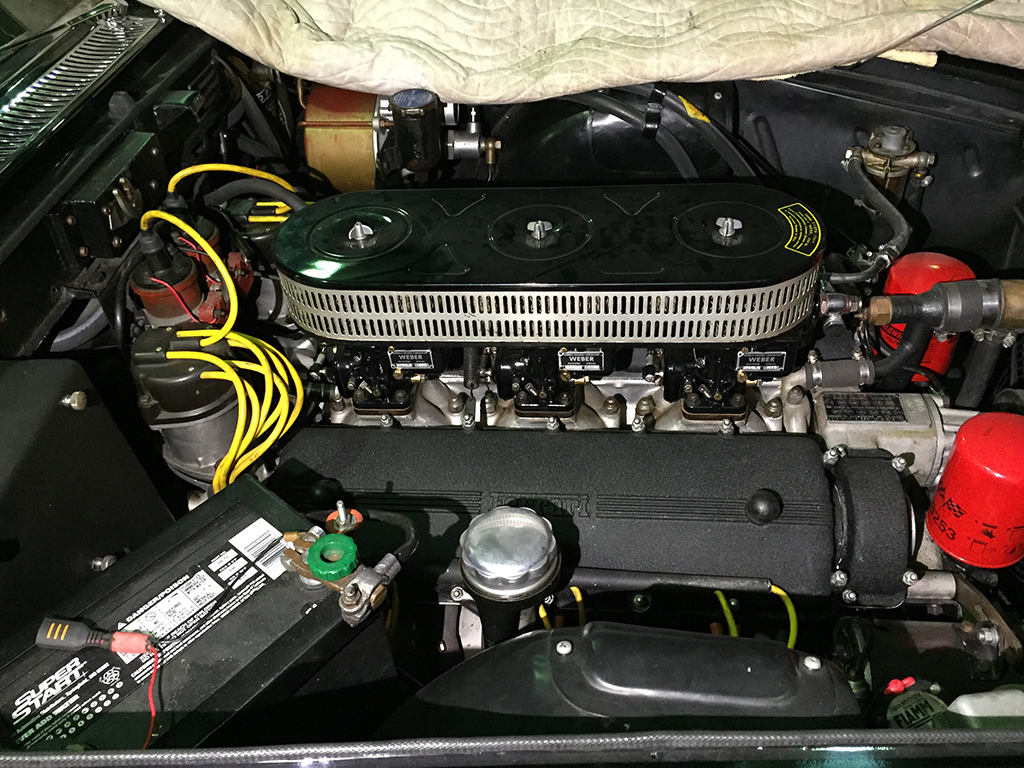 With the transmission out of the car, I will turn my attention to the engine to disconnect the wiring, plumbing, and exhaust. Stay tuned!