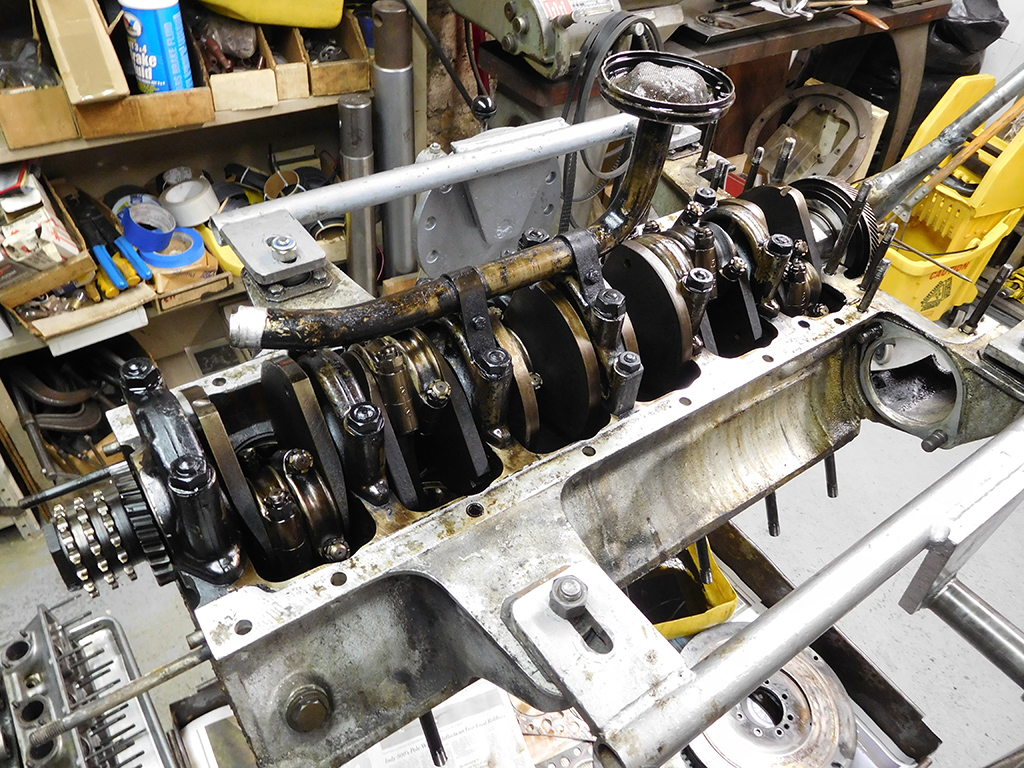 With the heads off the block, it was time to turn my attention to the bottom end. 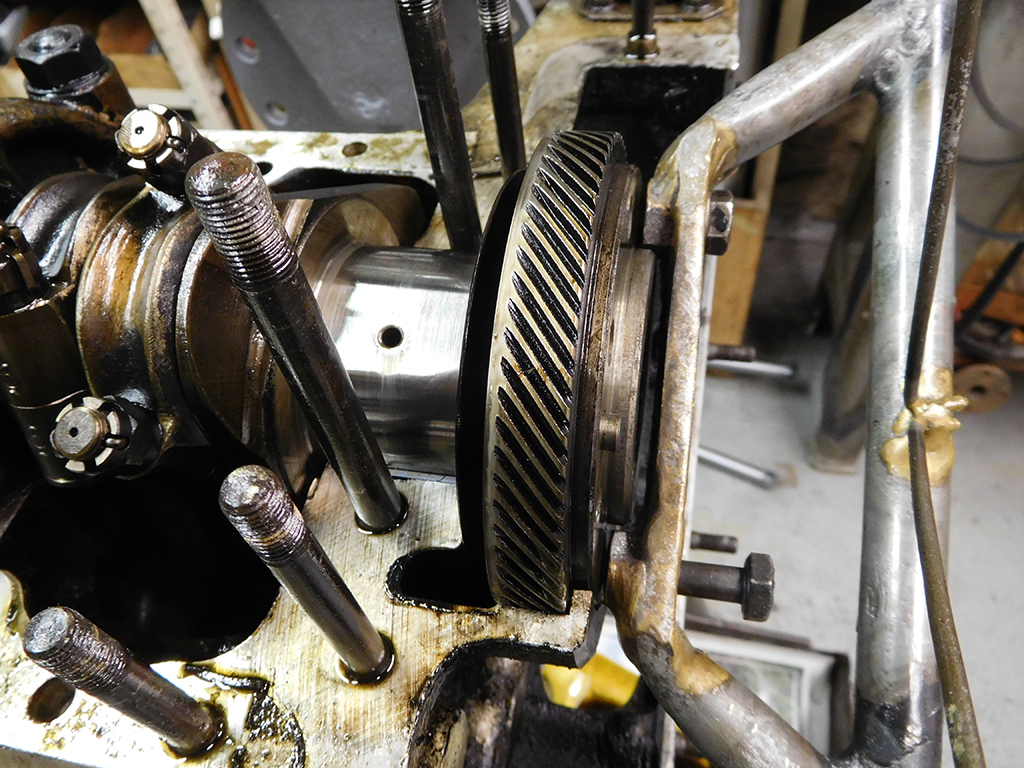 The crank shaft on this engine still had it’s original “slinger” type oil seal where the grooves cut in the crank would sling the oil back into the sump. This type of seal was not very efficient and would leak oil, so later engines used a modern oil seal to contain the oil inside the engine. Our machine shop will modify this crank shaft to accept the modern seal. 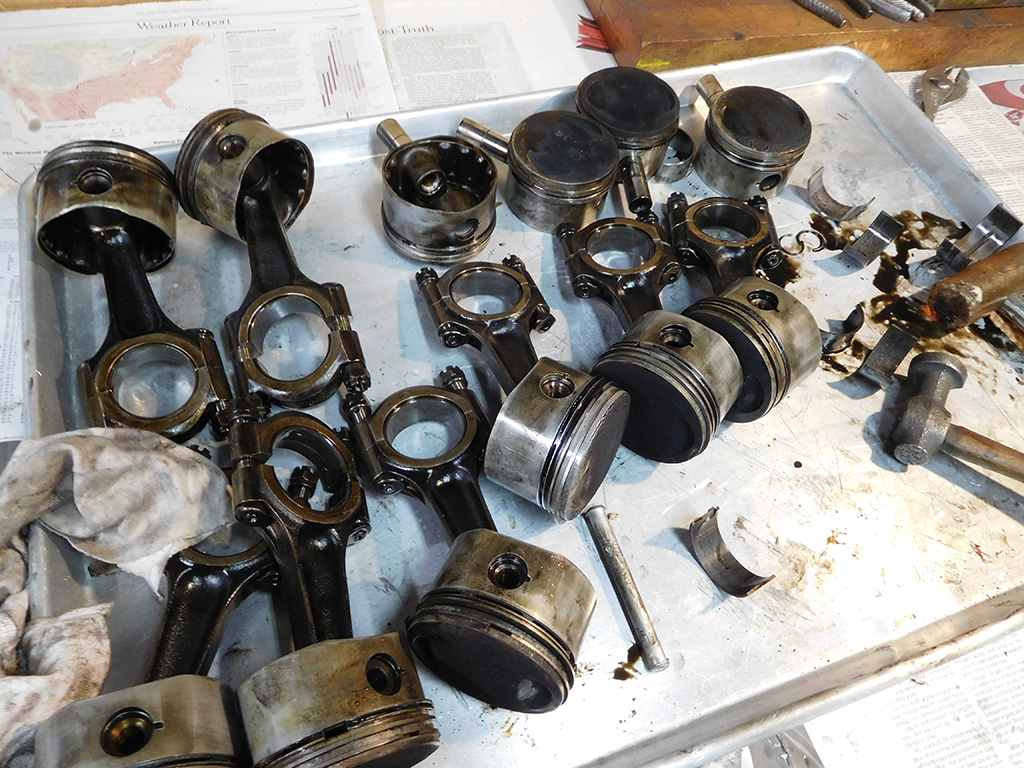 The pistons in this engine were original units with original rings, so I don’t believe the bottom end of this engine received any new parts. 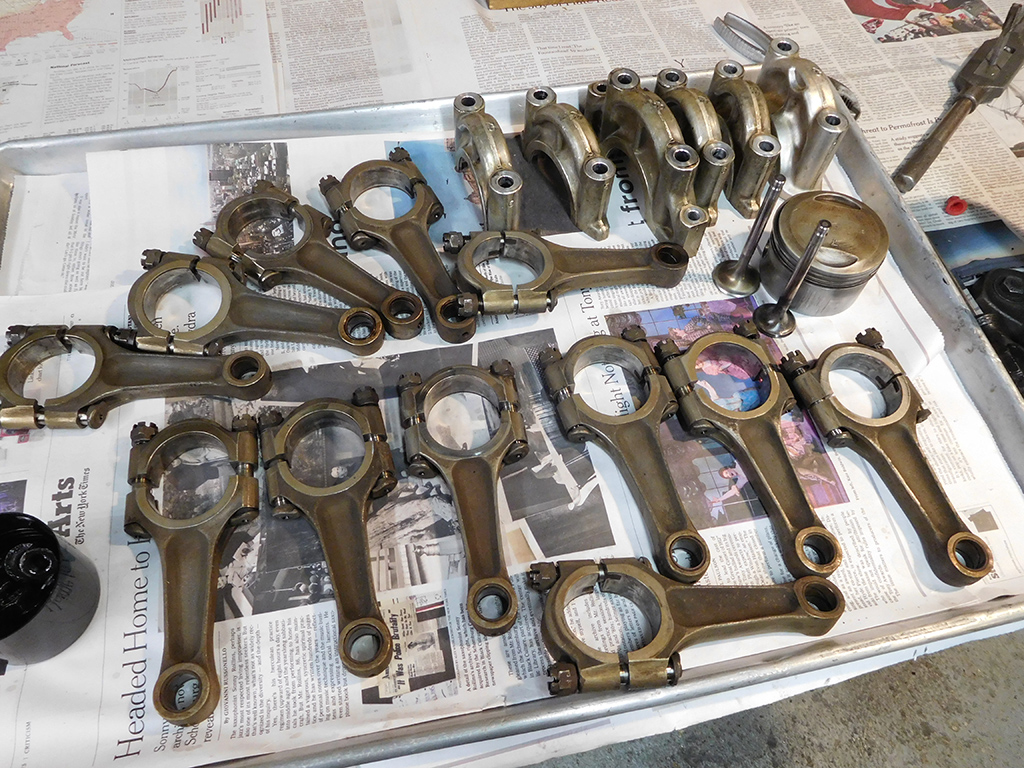 The rods will be checked and probably reused, but new pistons and rings will be ordered. 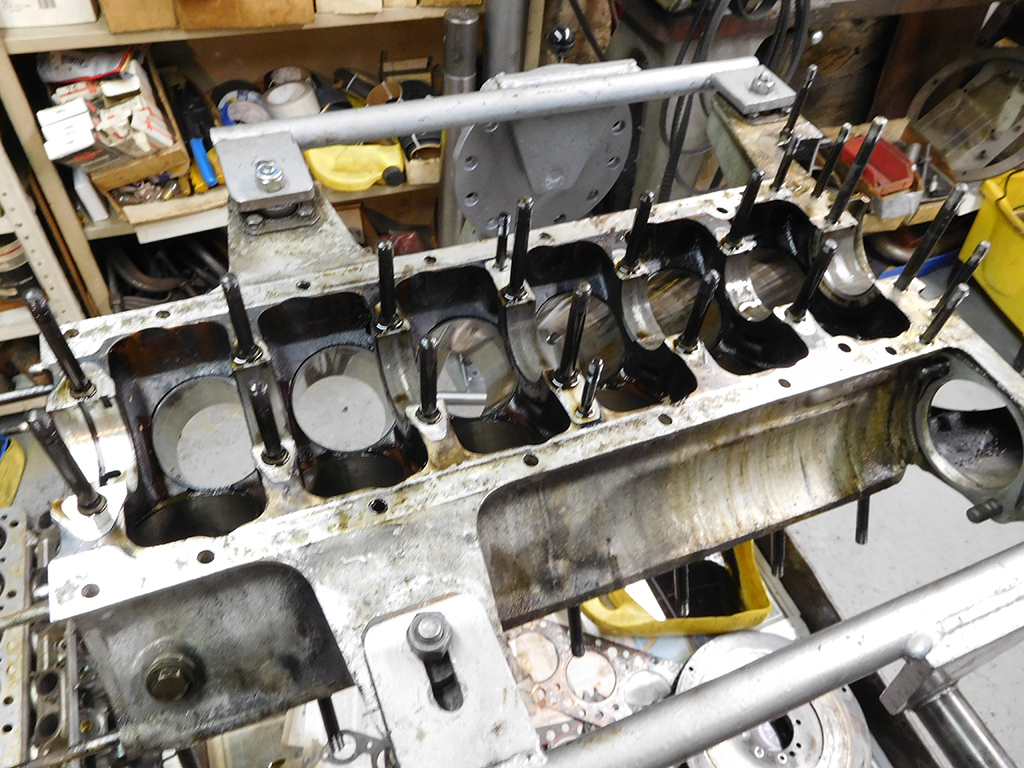 With everything out of the block, a thorough cleaning will be done and we’ll check everything for straightness and see what size pistons we’ll need. 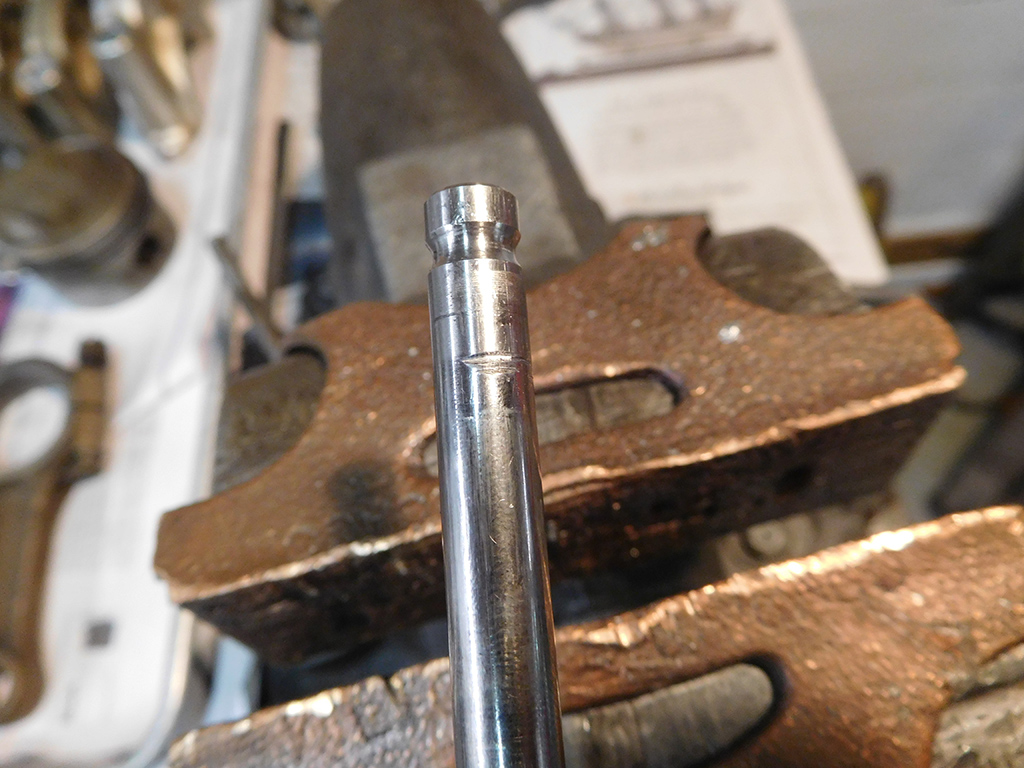 I cleaned a lot of the parts that came out of this engine trying to make sense of why the #9 valve let go. Looking closely at the other valves, I kept finding strange marks on the valve stems. These “divots” don’t seem to correspond with any part that would touch this area of the valve stem, but it’s disturbing that something damaged these valves somewhere, somehow. 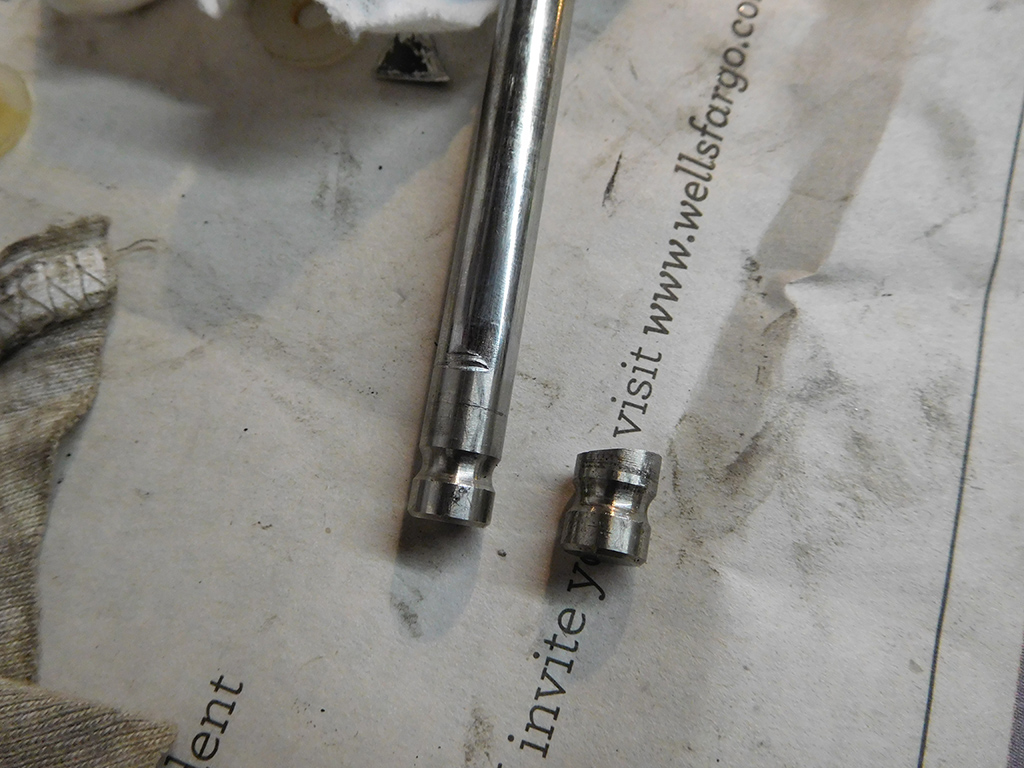 I removed the broken piece of the #9 valve that was still held in place with the keepers. The valve looks like it sheared off right below the spring retainer, but not at the same place where all the other valves had the strange marks. I’m still scratching my head on this one!