While I was heading home from California I got a call from one of my clients with a Daytona that was leaking oil badly. The owner described puddles of oil forming under the car and he could see it was coming from one of the dry sump oil lines in the engine compartment. Although it was a short drive away, I told him it was probably better to get the car to us on a flatbed to avoid doing more damage by running out of oil on the drive over. 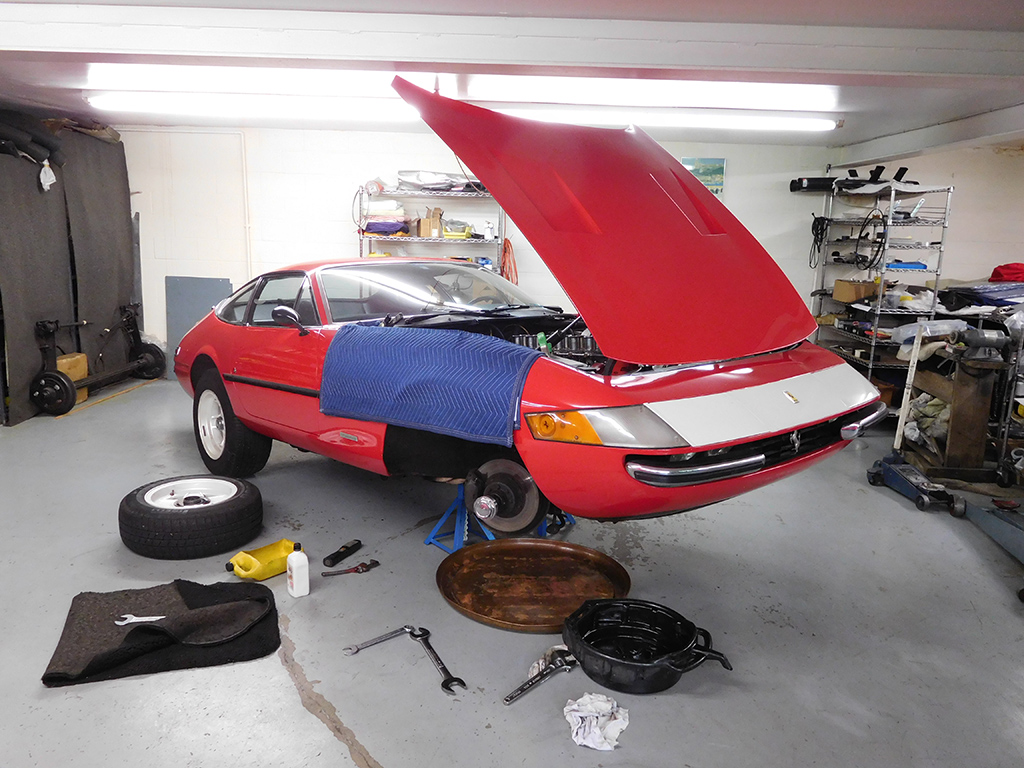 I didn’t see a lot of oil come out of the oil tank, and from the amount of oil all over the lower engine compartment, it was leaking a lot. I fired up the engine briefly, and it was pretty obvious where the leak developed. 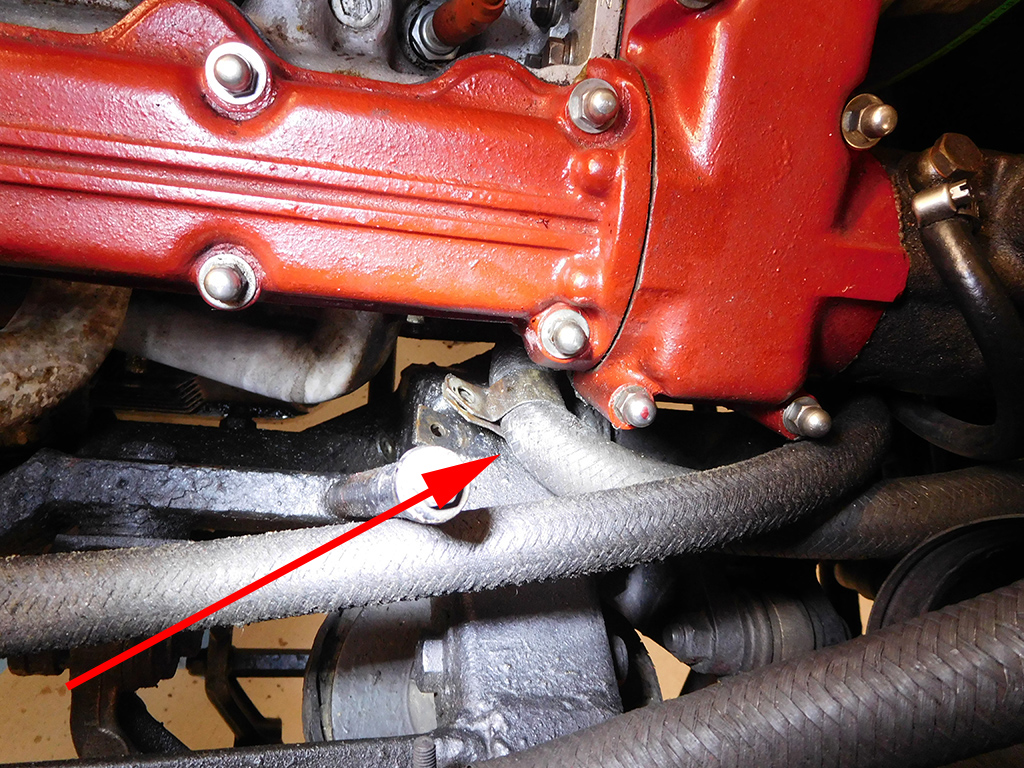 Although these rubber hoses are sheathed in wire braiding, after forty years of service this one started leaking at one of the securing clamps. Each application of the throttle streamed more oil out of a small hole in the hose. 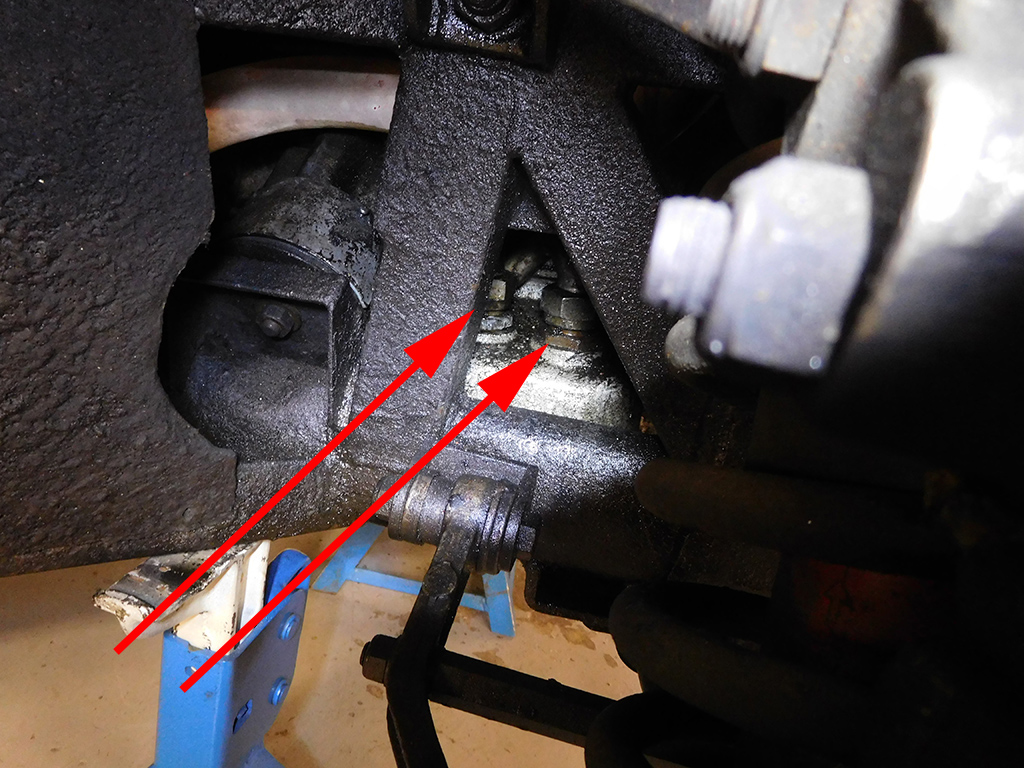 The Ferrari Daytona has a dry sump oil system that also routes the oil to the radiator for additional cooling.

A “dry sump” oil system basically relocates the oil reservoir in the oil pan to an external tank via hoses and connections. There are three basic reasons for this design.  First, it gives an engine a more stable supply of oil pressure because the external tank can be shaped and baffled without restrictions when mounted at the bottom of an engine. Race cars can corner at high loads and allow the oil to slosh away from the oil pick up. No oil at the oil pump pickup means no oil to the engine, means bad. The second reason is by removing the oil tank away from the bottom of the engine, the designers can lower the engine further in the chassis, helping the center of mass when building a good handling car. The third reason is oil removed from the engine into an external tank also helps cool the oil and cooler oil will help a hot engine remain reliable and running better.

The concept for a dry sump is good, but the complexity of oil lines, and tanks can sometimes lead to leaks like we were seeing here. On this Daytona, the problem to the repair was access. Following the line that was leaking showed the fitting to disconnect was down at the bottom of the engine barely visible behind the right front suspension. Although we decided if one oil line went bad, they all should be replaced, the one we absolutely needed to access was the hardest to remove! Although you could see the fitting, getting a wrench on the large 36mm nut to turn a couple of degrees was not possible without some modifications. 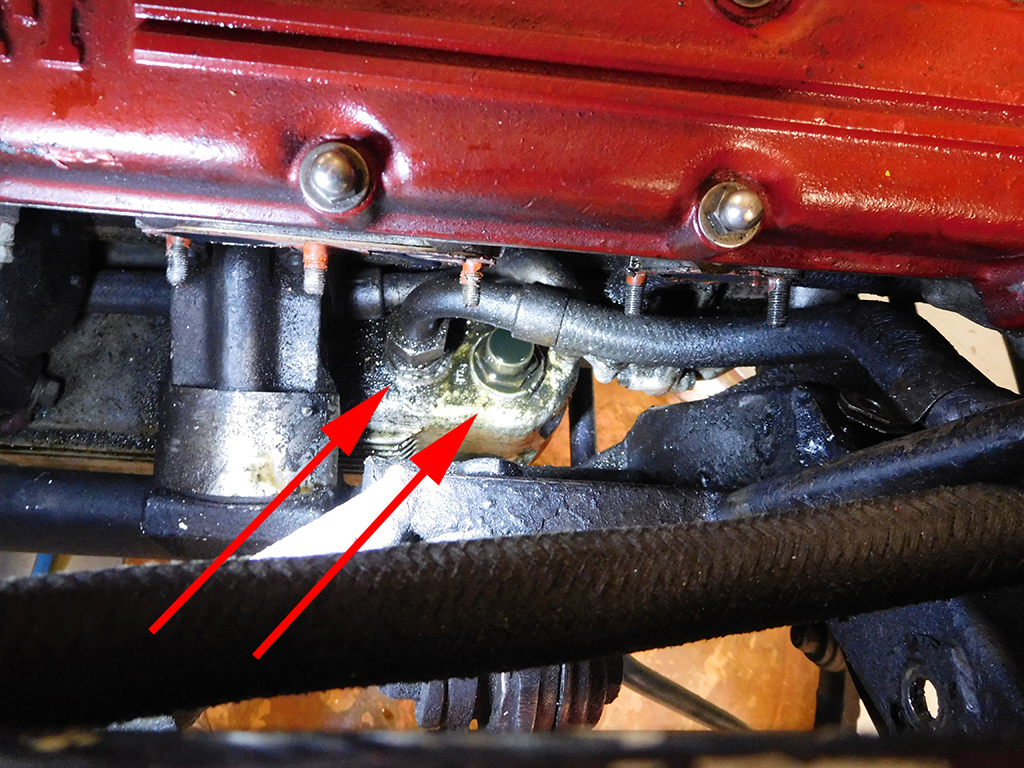 Access from above was slightly better after removing some of the exhaust headers, but we could see the best tool for the job would have been an open end “crow’s foot” wrench. Getting one was the classic dilemma for any shop. The time, expense, and delay buying or obtaining this tool to remove one fitting is a struggle. Does the repair warrant the cost of this special tool? Waiting for this tool or driving around town to buy it keeps the car sitting in the shop idle while other cars are waiting. Does the owner pay for all this lost time and effort? I can tell you, this one tool will never pay for itself removing all the oil lines from every Daytona with this particular leak! 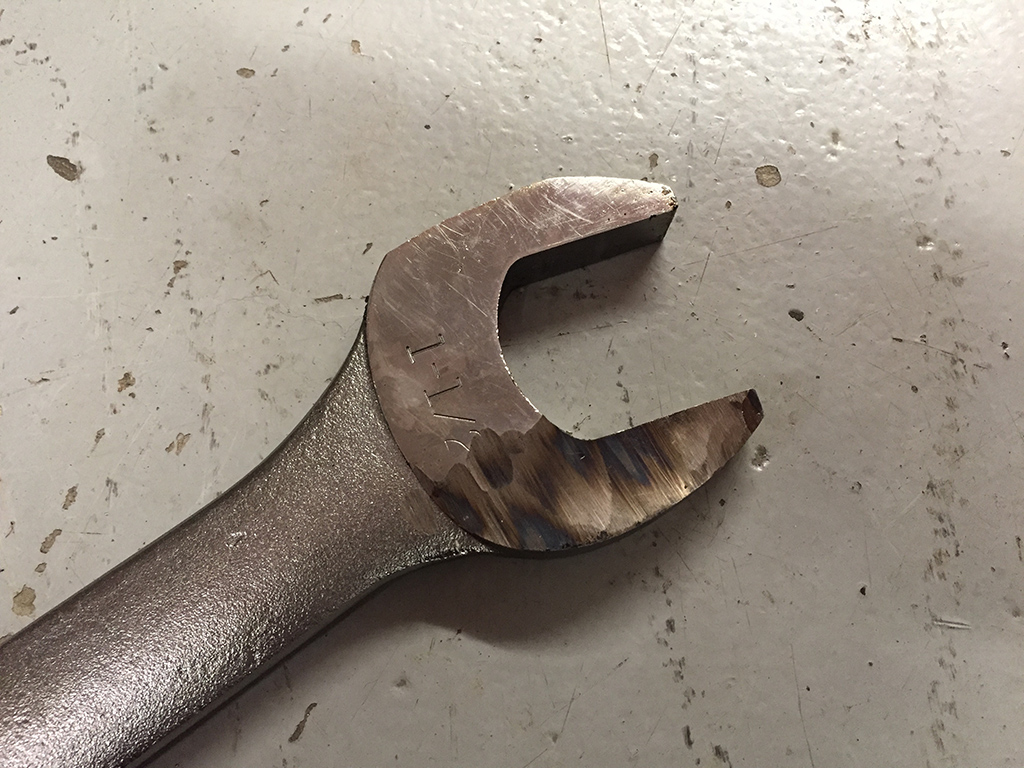 Luckily we had a wrench for these large fittings, and found a way to modify it by grinding the sides down to fit between the two fittings. After I removed the motor mount, we had better access to the fittings and got them loose. 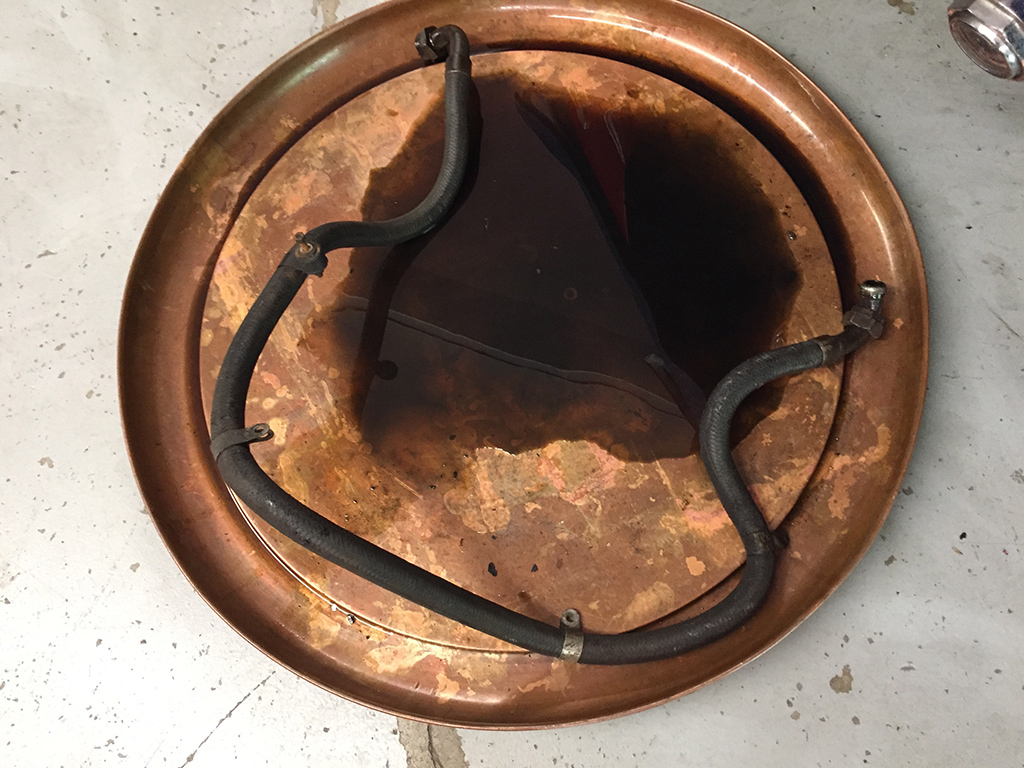 The leaking oil line was finally removed along with the others. The next step was to see who can crimp new hoses to these old Ferrari fittings!