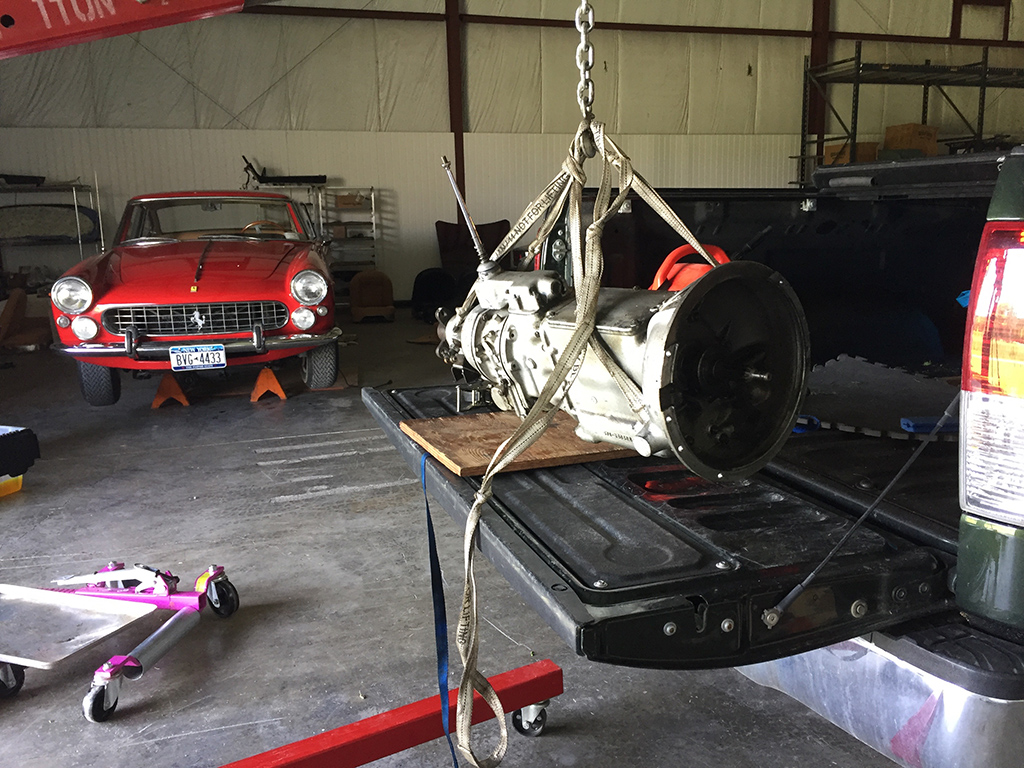 So I accepted my fate and pulled the transmission out of my 330 America. It was not something I wanted to do, especially in the very beginning of the driving season in the Northeast of the US. The weather is nice: not too hot, and the roads are clear of the salt from the winter, but I instead found myself loading my transmission onto the back of my truck to take it apart at Francois’ shop! 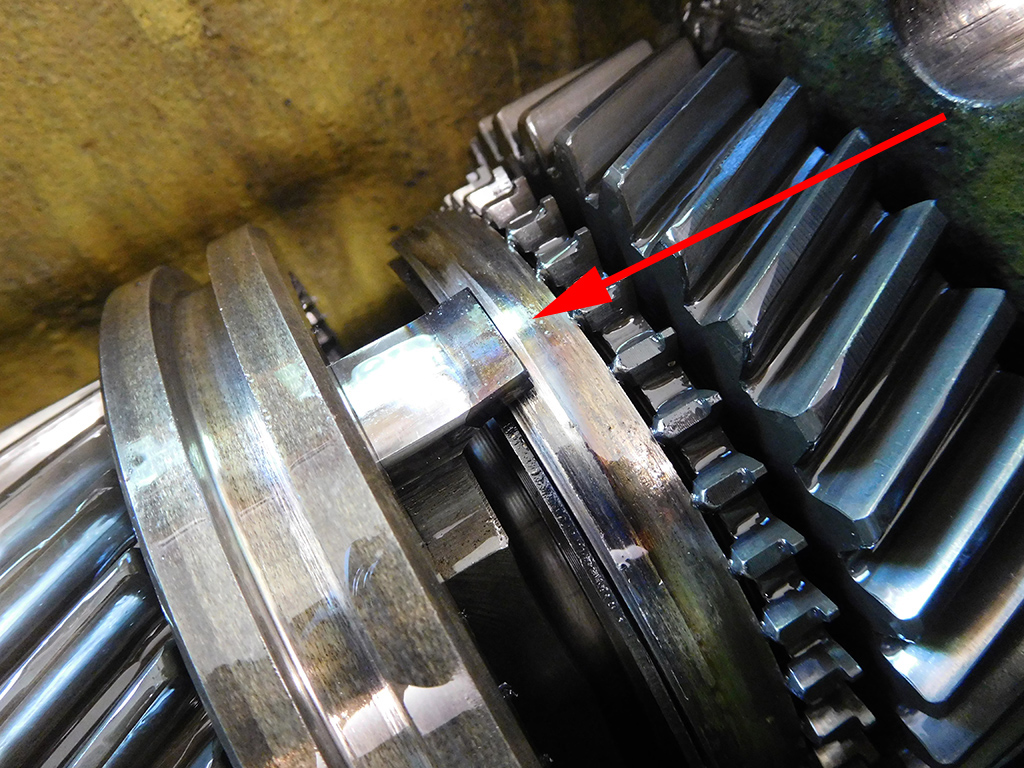 Like I showed in a previous post, something was not right with the three fingers that push against the synchro ring inside the transmission. You can see the the tab turning blue from the heat, bent, and about to break off. 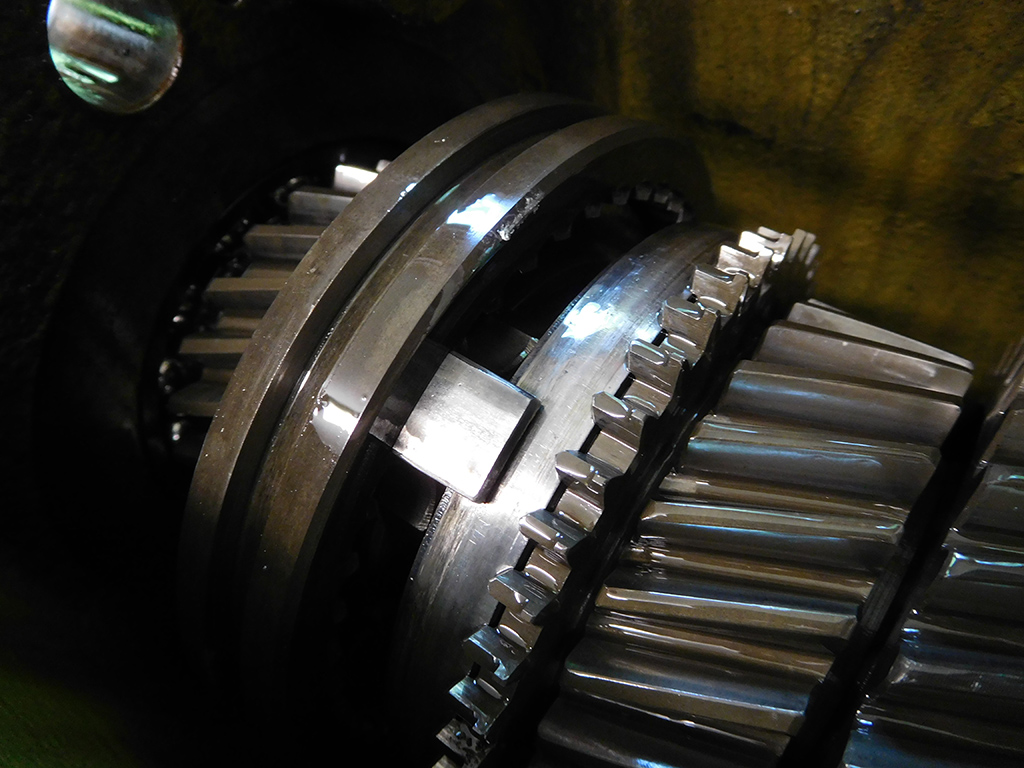 Here’s a picture of the third gear tab that’s normal and unbroken. 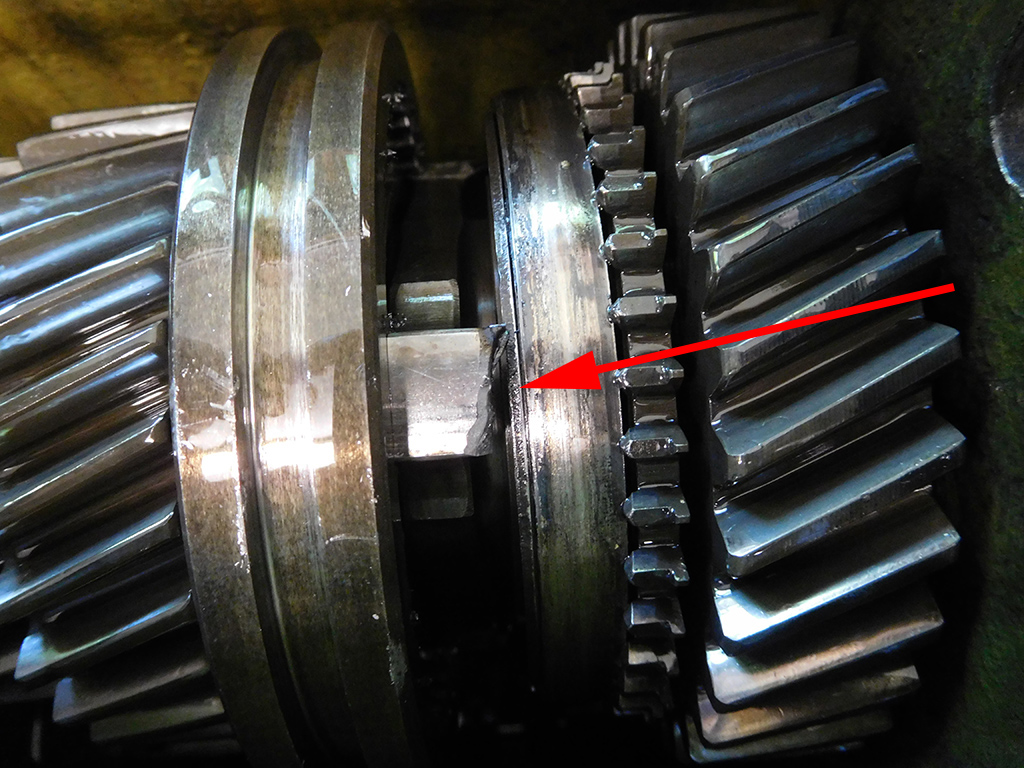 There are three of these tabs, and two of them broke off with the pieces lying at the bottom of the transmission case! 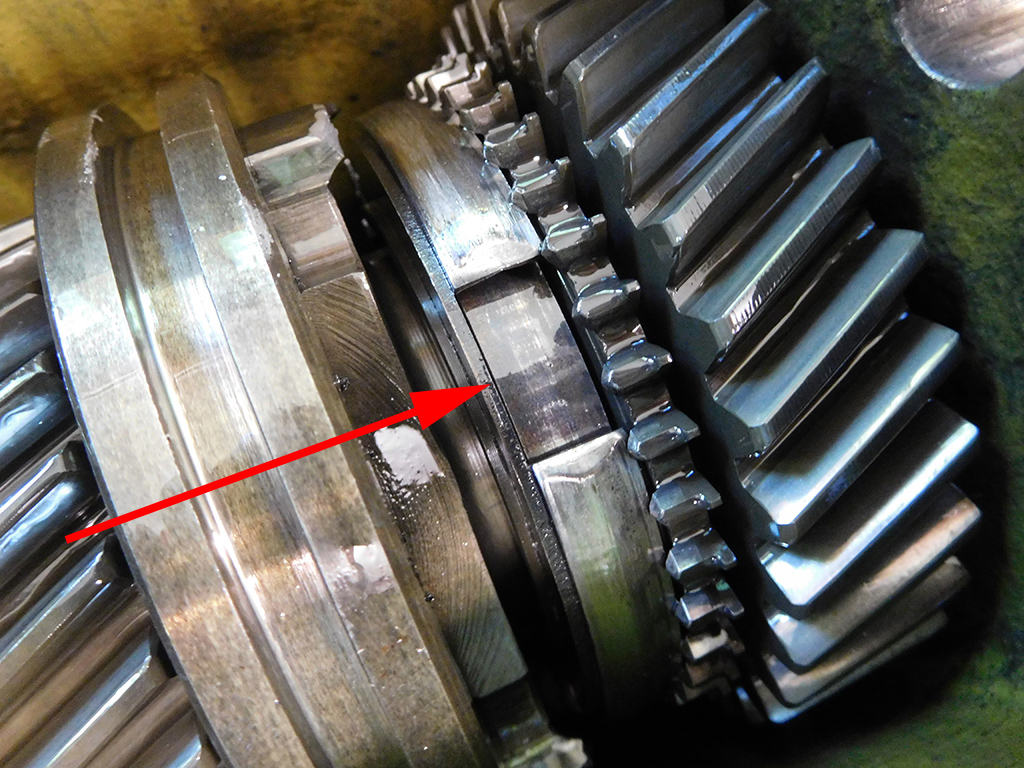 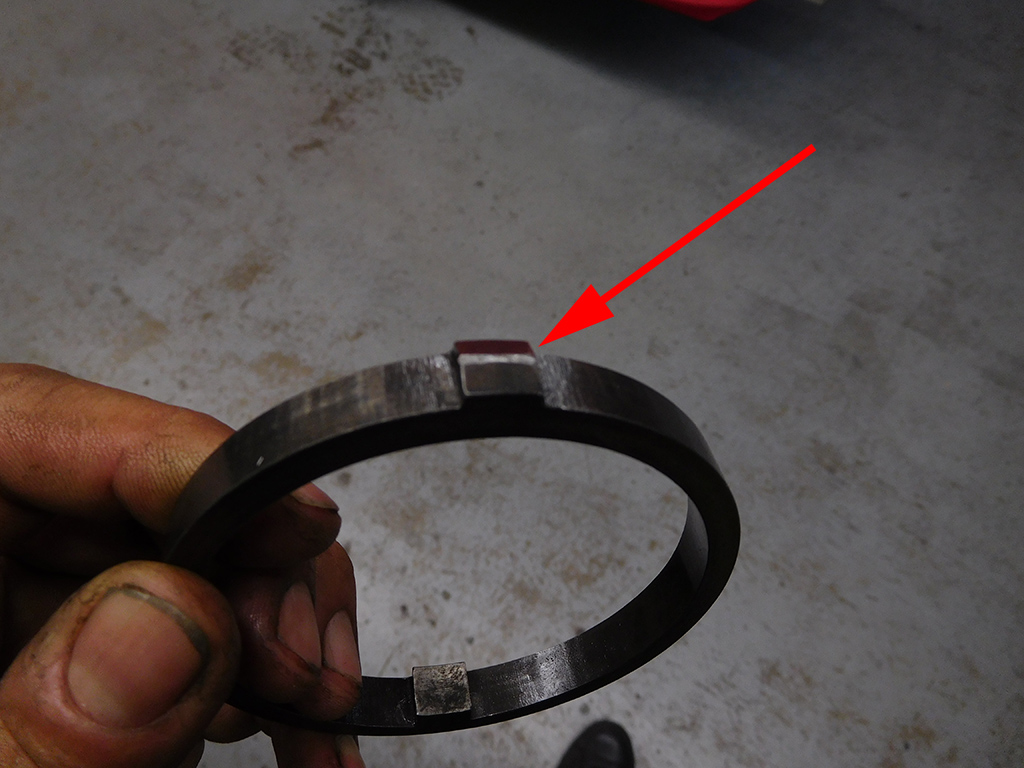 Here’s the part that jammed under the synchro ring. You can see how the tab is worn and ground away. 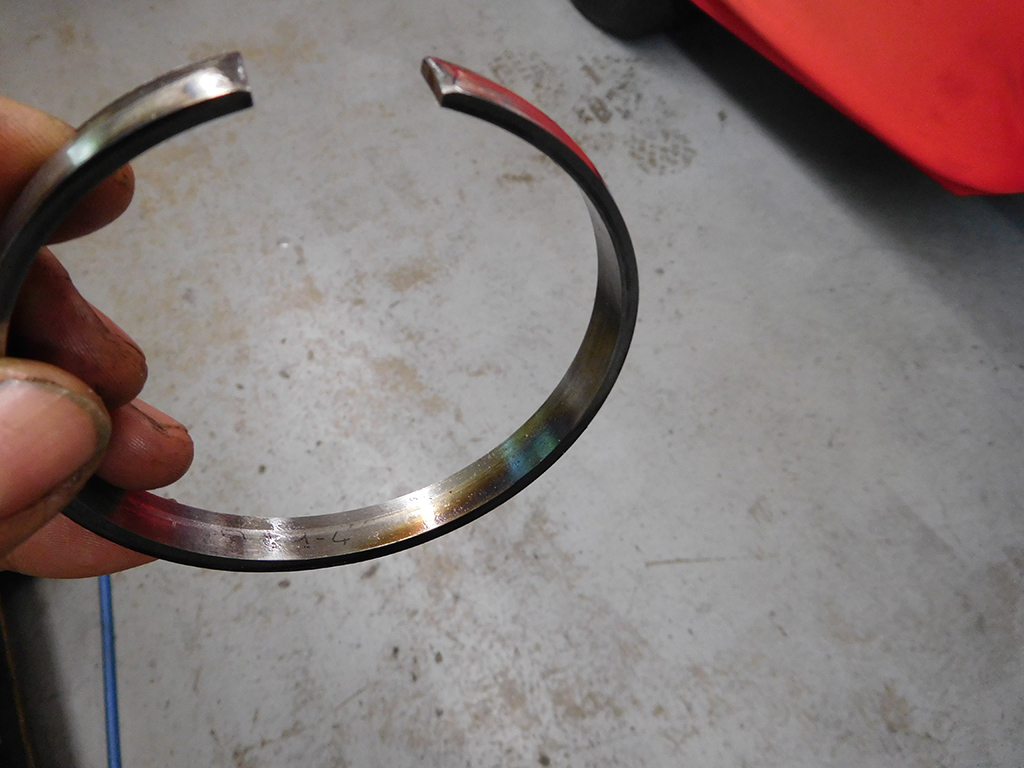 The dislodged tab created a lot of heat jammed where it shouldn’t have been. 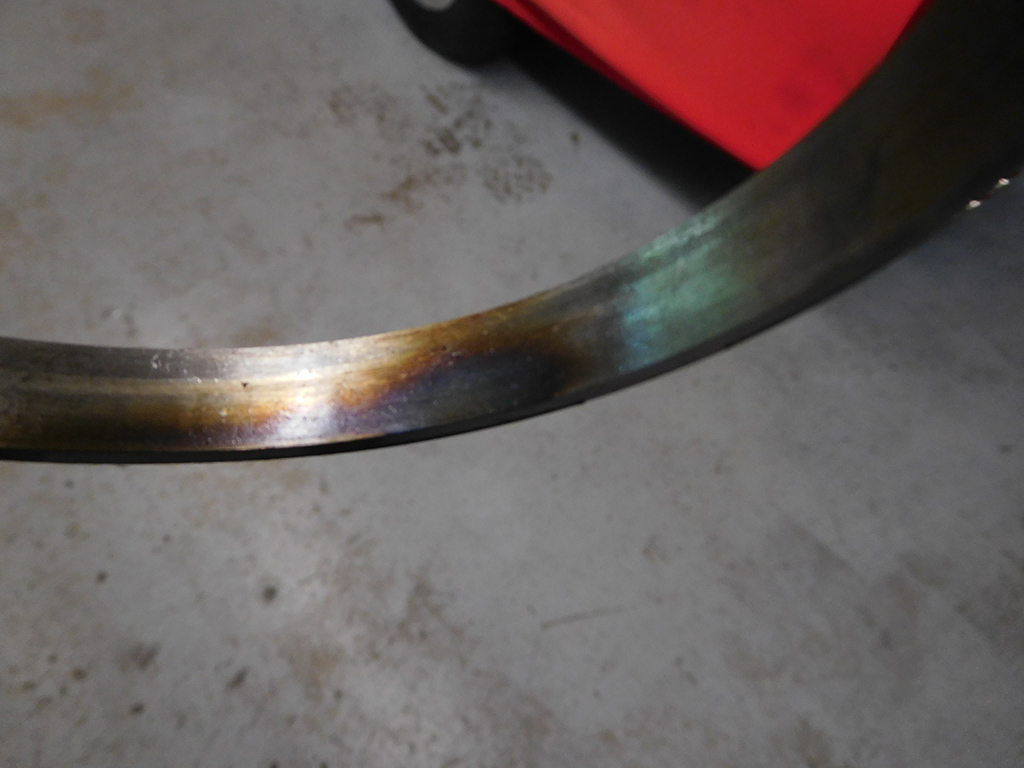 Luckily, I didn’t drive far with these parts rubbing against one another, but all of these parts will have to be sourced, and replaced. 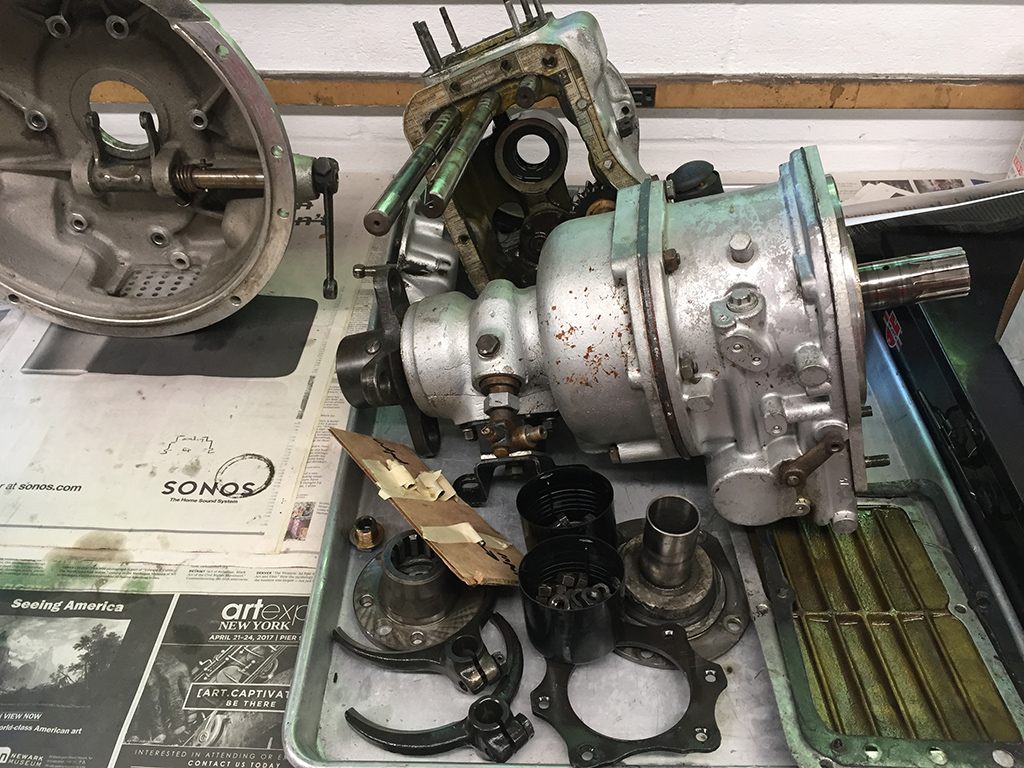 If there is any consolation, the overdrive was working fine, so at least I hope I won’t be taking this unit apart!