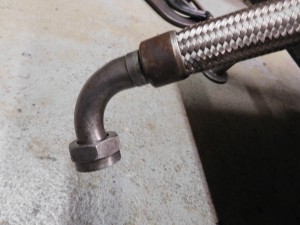 A couple of weeks ago we received a Ferrari 365GTB/4 with leaking oil lines, and we’ve been in the process of getting new lines fitted. The inner dimensions and and outer dimensions have to be pretty close to the orignals to work with the old fittings. There were several ways to make this happen, and Francois has been left the task of finding replacements. One collar broke as it was disassembled, so it added to the parts search! 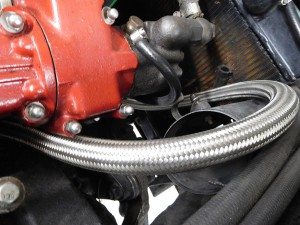 The new hose is slightly thicker than the original hoses, so some of the clamps had to be modified to fit ,but we’re slowly getting the oil system back together on this car! 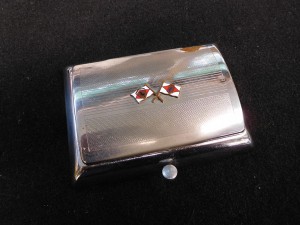 While a 330 is in the shop for a couple repairs, the owner wanted to send some parts out for plating. I took the ash tray to my normal plater and he wasn’t 100 percent comfortable with redoing this part.

These ashtrays are pretty complicated pieces requiring several steps to get them plated. They’re made out of brass, which is very soft and they have an engraving on the lids that is very delicate, so any amount of polishing will remove the pattern. 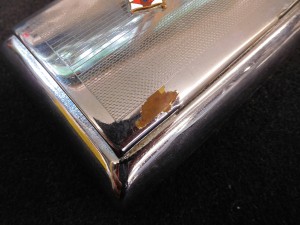 Although this piece is not too dented or marked up,  it does has a chip in the plating that needs to be addressed. I have several platers that I can send this piece to because it’s beyond the scope of my local guy. 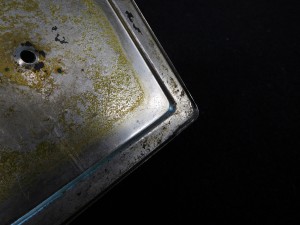 The plater will first have to un-solder the component pieces, strip the plating, polish out the lid and repair the dents and scratches. Have the lid re-engraved, replate the part, and then reassemble the ashtray. 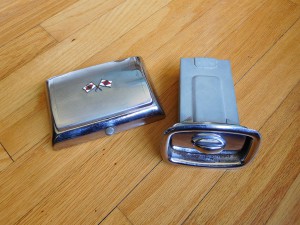 Unfortunately, the ash tray for this car is not a common unit because a similar smaller ash tray is now available in reproduction, and would have been easier, and possibly cheaper, to have this one redone! Since I’m redoing the ashtrays, I might as well send the other one to same plater that will do the engraving.