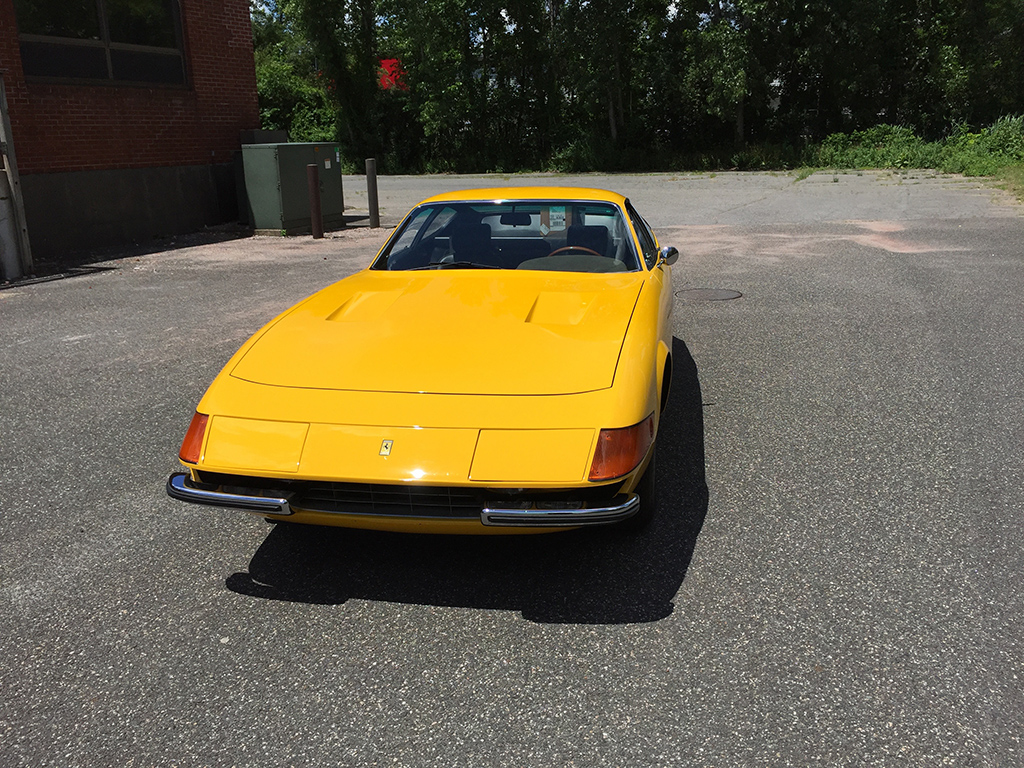 I got a call a few months ago from a new owner of a Ferrari 365GTB/4. It was recently purchased at auction at the Amelia Island, and this is the owners first foray into the Vintage Ferrari ownership. After driving the car for a few weeks, he decided it was best to ship the car to us to have it serviced. These cars are not overly complicated, but our familiarity helps us make a good plan for their servicing and repair. Their regular maintenance can be done by any competent mechanic, but they wanted us to give the initial service and assessment before maintaining the car closer to home. 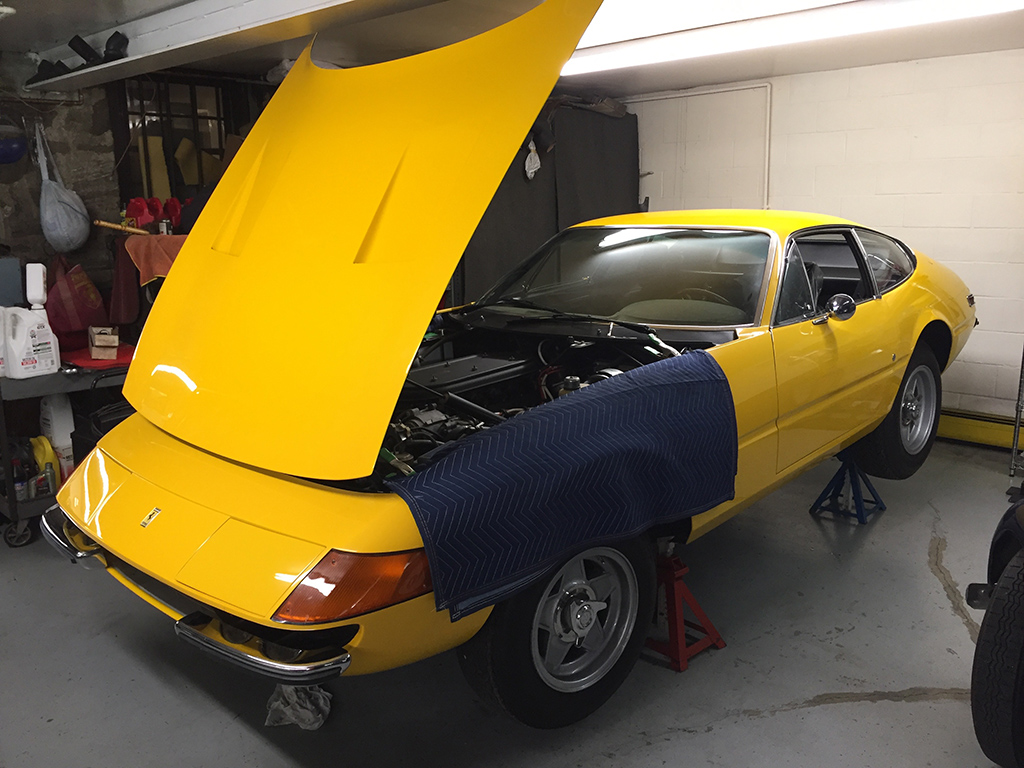 Francois and I took the car out for a test drive and made a list of things we found and wanted to check. We listened carefully for knocks, clicks, or thumps that would make us look closer at a particular area of the car. Auction cars can sometimes be hastily prepared for sale, so shortcuts could be made that might otherwise have been addressed. The good news is this particular car drove well, and didn’t exhibit any bad road manners like vibrations or bad engine noises during our drive. 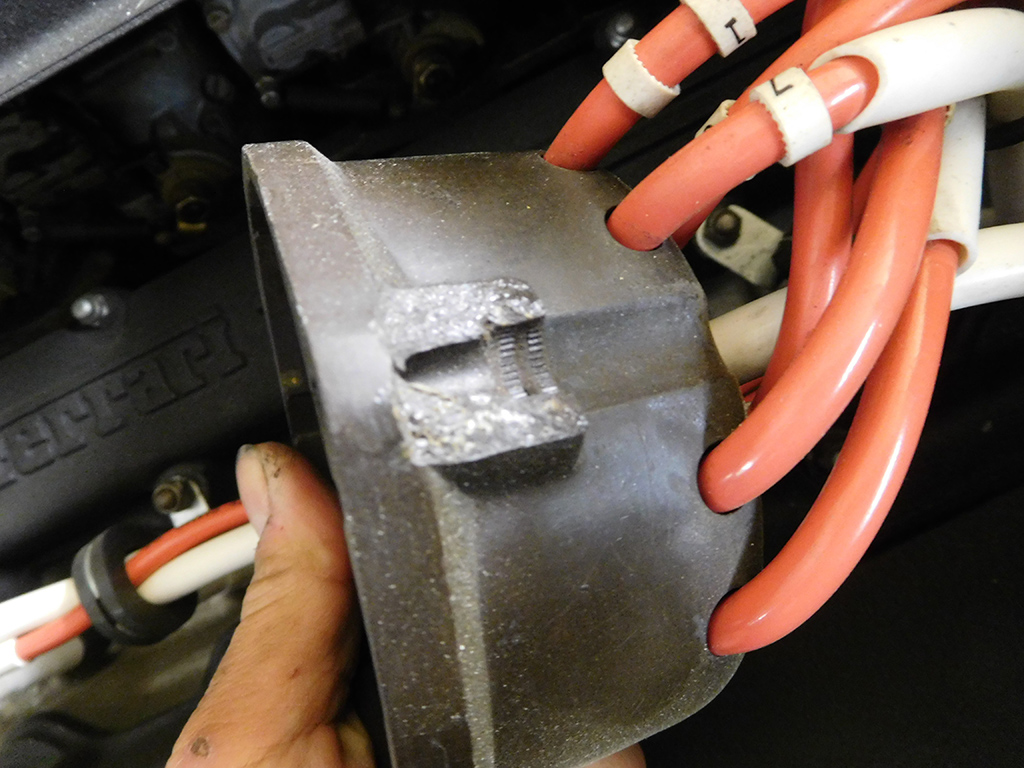 This car will get a full tune up including a valve adjustment and carburetor service, and I found my first short cut. One of the three tabs was cracked and missing on one of the distributor caps, so a new distributor cap will have to be sourced. 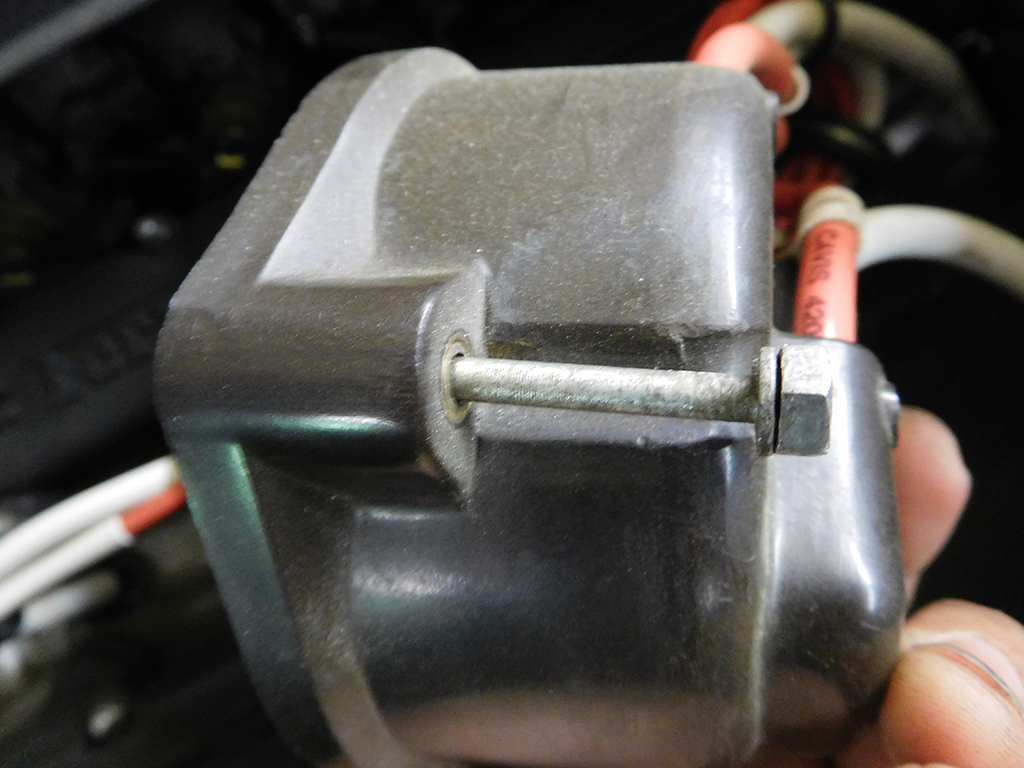 Original Ferrari, or should I say Marelli, distributor caps are different than other cars. On other cars, this part is a consumable item that gets thrown out and replaced every time the car gets a tune up, but not so with these babies! The original ones are actually well made, and can be cleaned and reused for years. The other problem is some replacements are poorly made, misaligned, and the wrong color! The originals are dark brown, while the replacements are black plastic, and easily spotted. I believe the current ones that are available are better than what was available, but would have to purchased in pairs to match, not to mention after paying the “Ferrari Tax” for one,  you’ll be spending a couple hundred dollars for an “concours incorrect” distributor cap! This is one embarrassing pedantic discussion I will have with the new Ferrari owner!

I have been collecting all the old distributor caps I can find to keep in my stash. As my supply runs low, I have to decide which cars are worthy of giving up another prized cap! 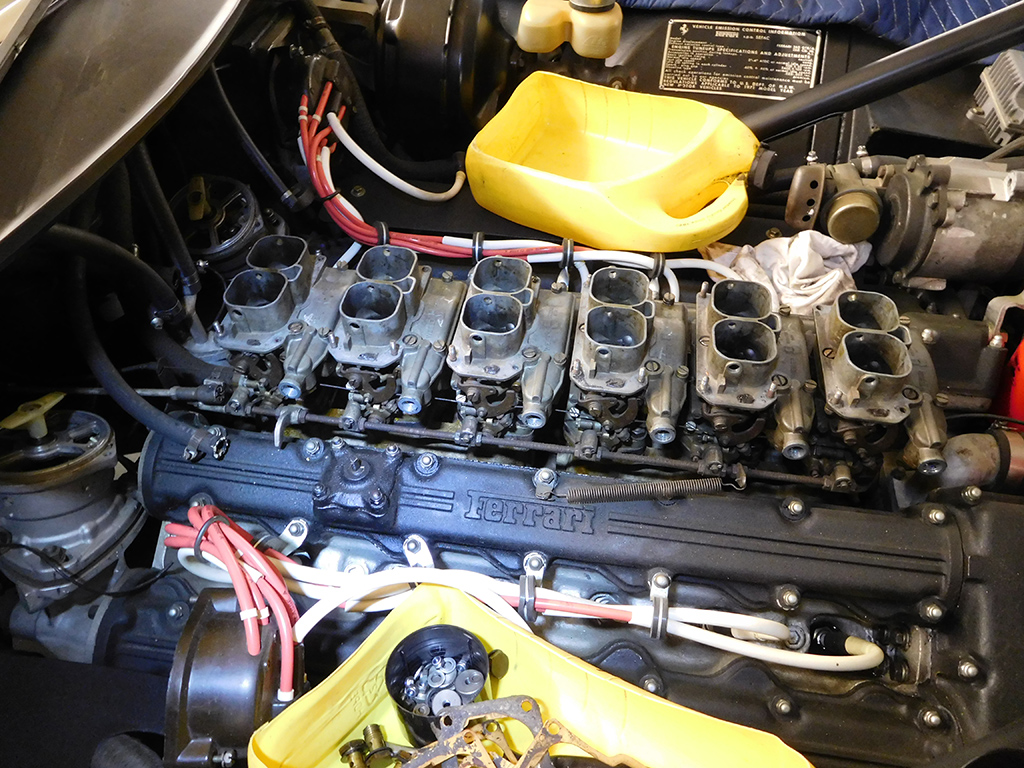 A valve adjustment on a Daytona does not require removal of the carburetors, but these units could use a good cleaning and sorting, so out they will come. 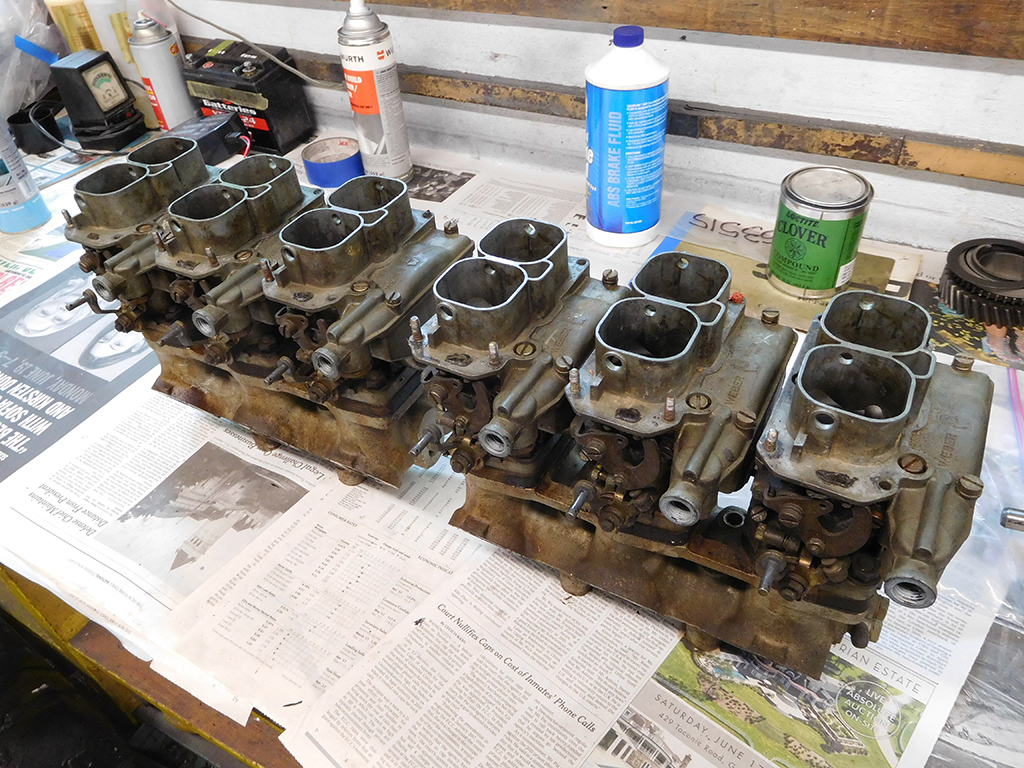 To pull the 6 carburetors off the car requires a specific sequence that starts from the rear most carburetor working towards the front. You can imagine the difficulty of the access when leaning over the engine compartment. Since I wanted to clean up the intakes, it was much easier to unbolt the intake manifolds as a unit and unbolt each carburetor on the work bench. I went home that day without an aching back. 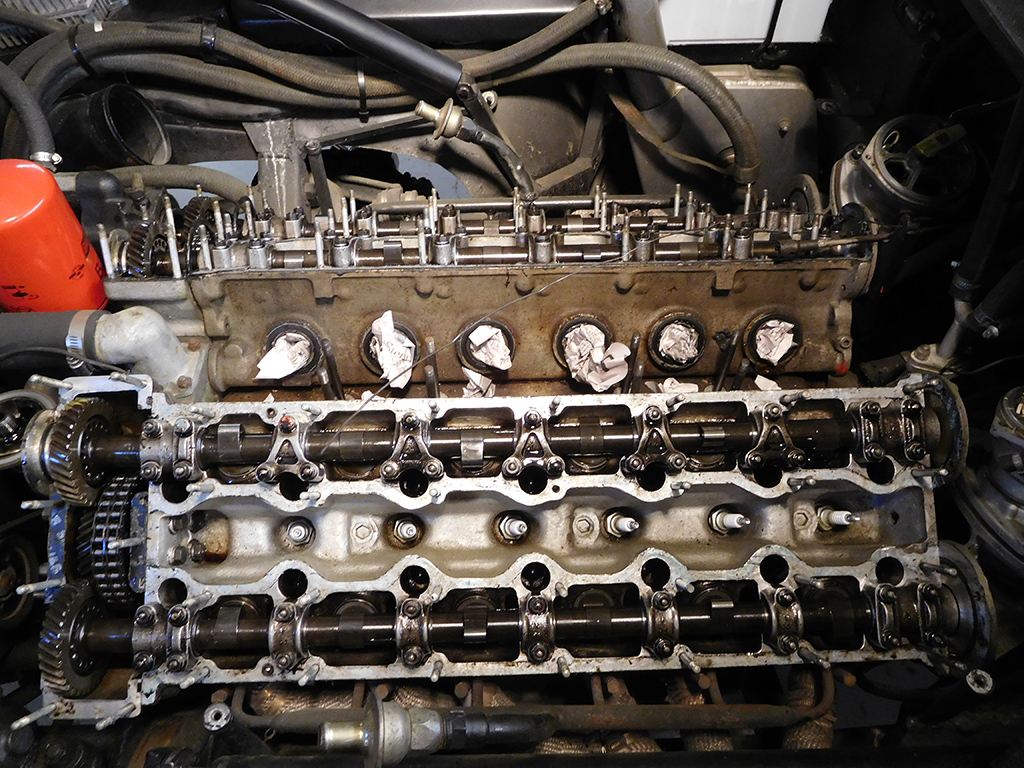 The cam covers were removed and everything looked in order. Checking the valve lash, they were in need for an adjustment, so I swapped out the correct shims in the buckets for proper lash. 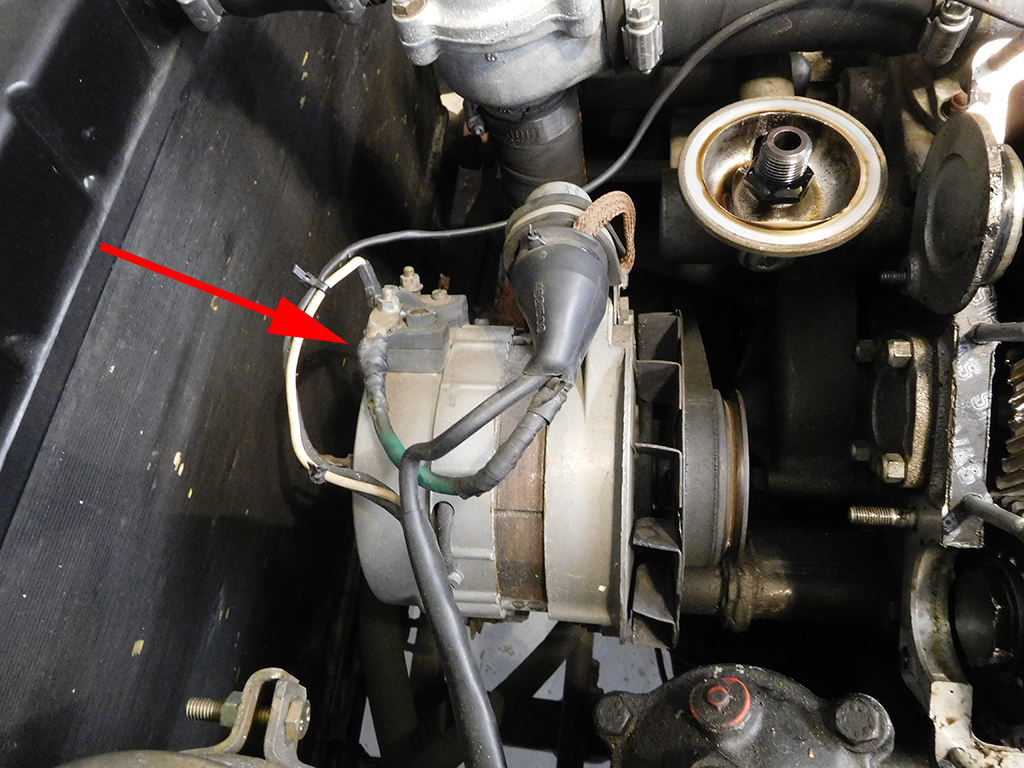 The owner sent me list of things he noticed during the short time he drove the car and one of them was questioning the charging system. The system seemed to be operating intermittently, so I took a closer look at the system. With over 40 years on these cars, they’re prone to need some attention. I found the main wire out of the alternator was a little burned, melting some of the insulation. This could have been from an old crimp failing and causing high resistance across connection, or something more from the alternator. 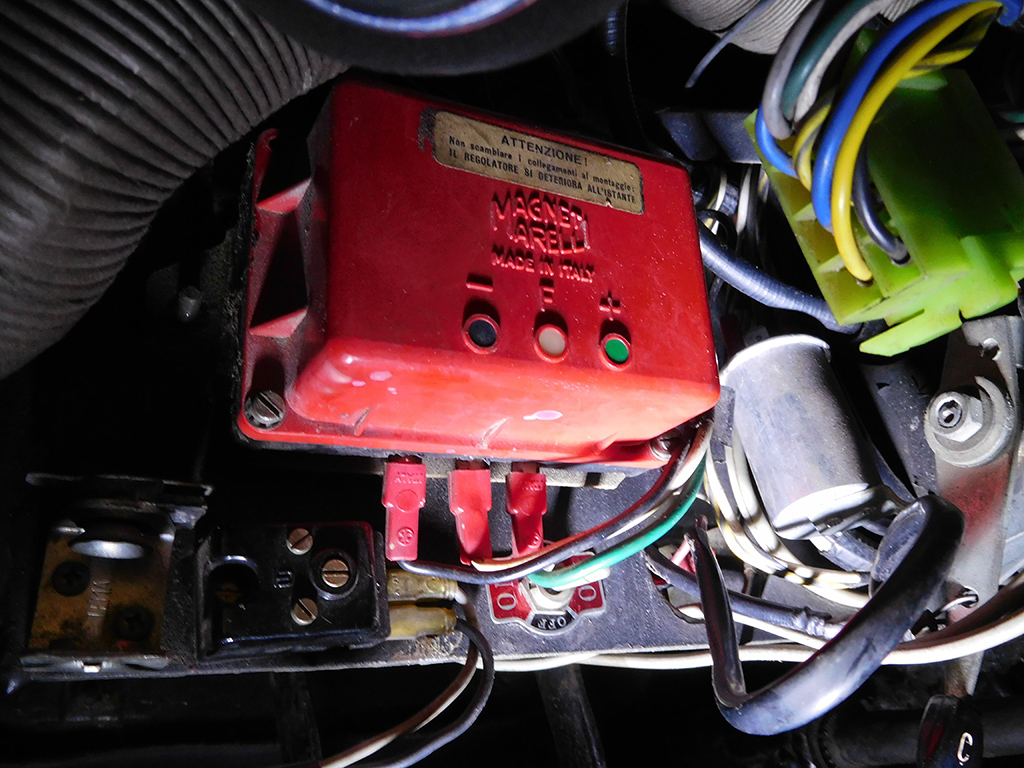 This car still had it’s original voltage regulator mounted under the dash, and the connections all looked good. 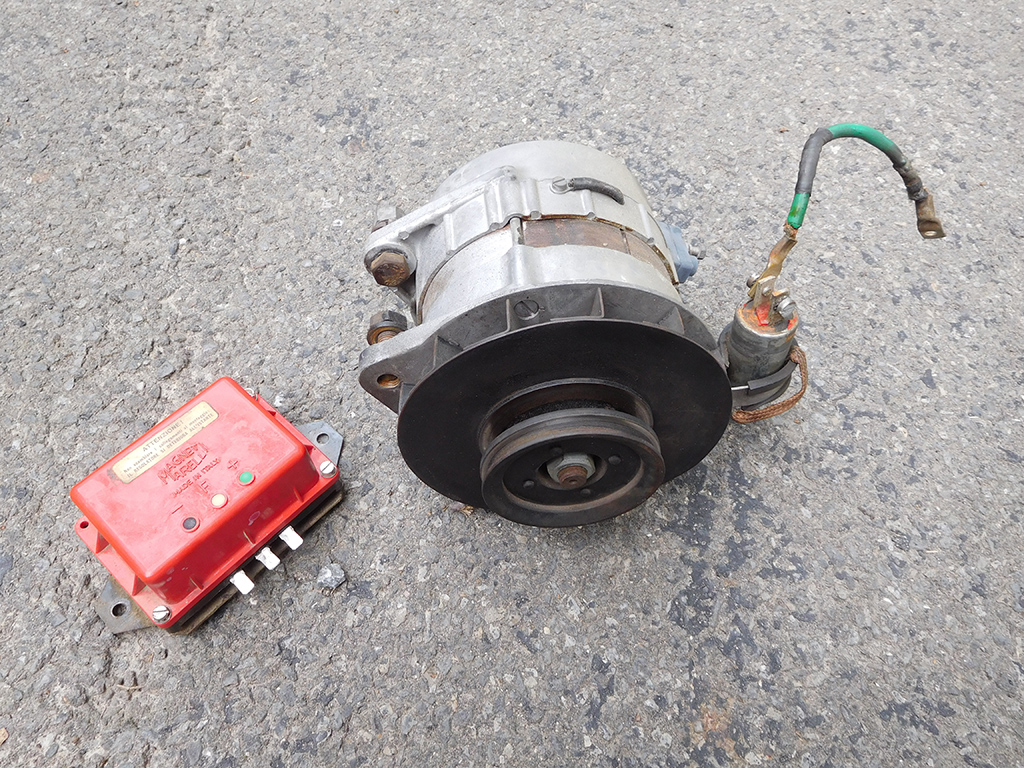 Just because something “looked good,” doesn’t mean it “worked good!” I’ve learned from experience it doesn’t take much to pull both parts of the charging system and have them checked by my alternator shop.

Come join me and other friends of the website, and our love for all things mechanical!