Round Robin of Work

There have been a bunch of projects I’ve been working on, so I apologize for bouncing from one car to the next, but trust me when I say I feel the same way! 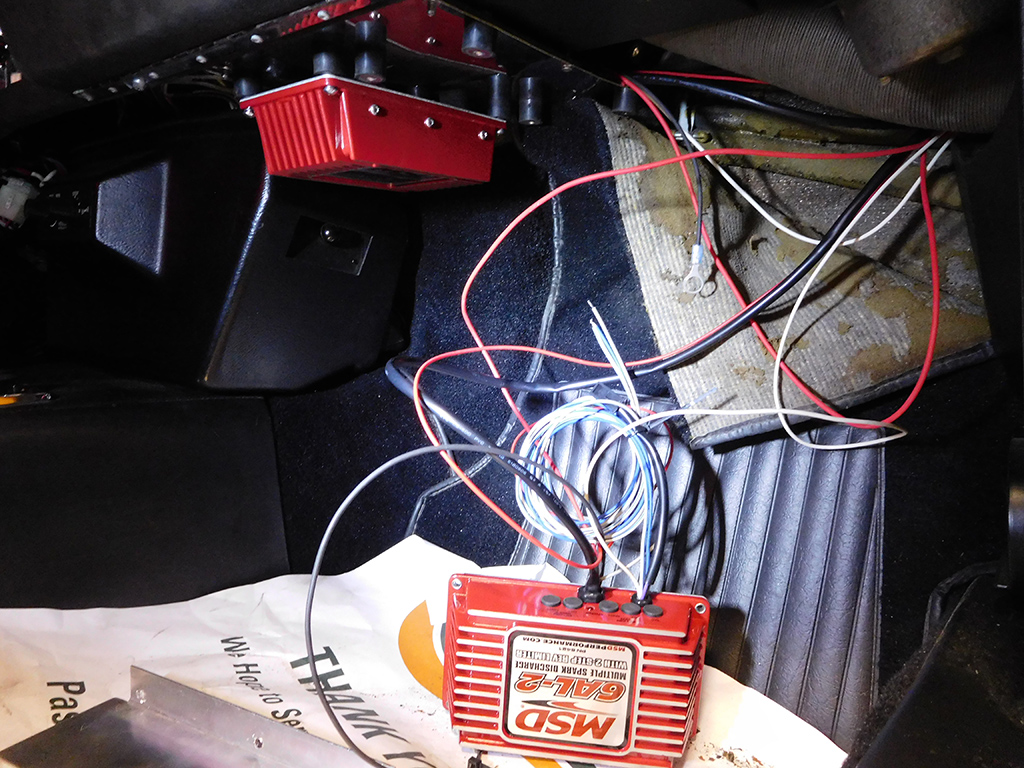 The Daytona we have at the shop needed a new ignition system. One of the original Marelli ignition boxes wasn’t working, and we decided to install and hide a modern MSD system while keeping the original boxes to have the stock look. The challenge was where to hide the new boxes? Despite the size of a Daytona, there was very little space to hide the boxes, but I think I found a place under the dash. I fabricated a mounting plate, and will have to make some sort of cover to make these boxes less noticeable. 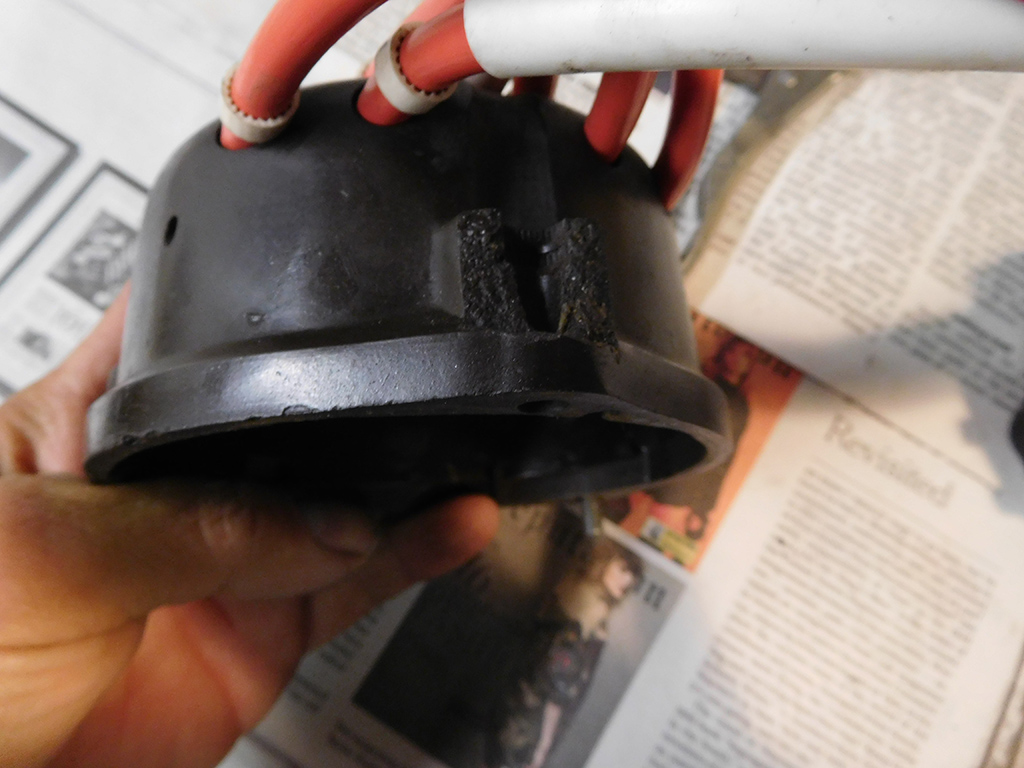 As I installed the new ignition system, I still had to replace the distributor cap that had a cracked tab. 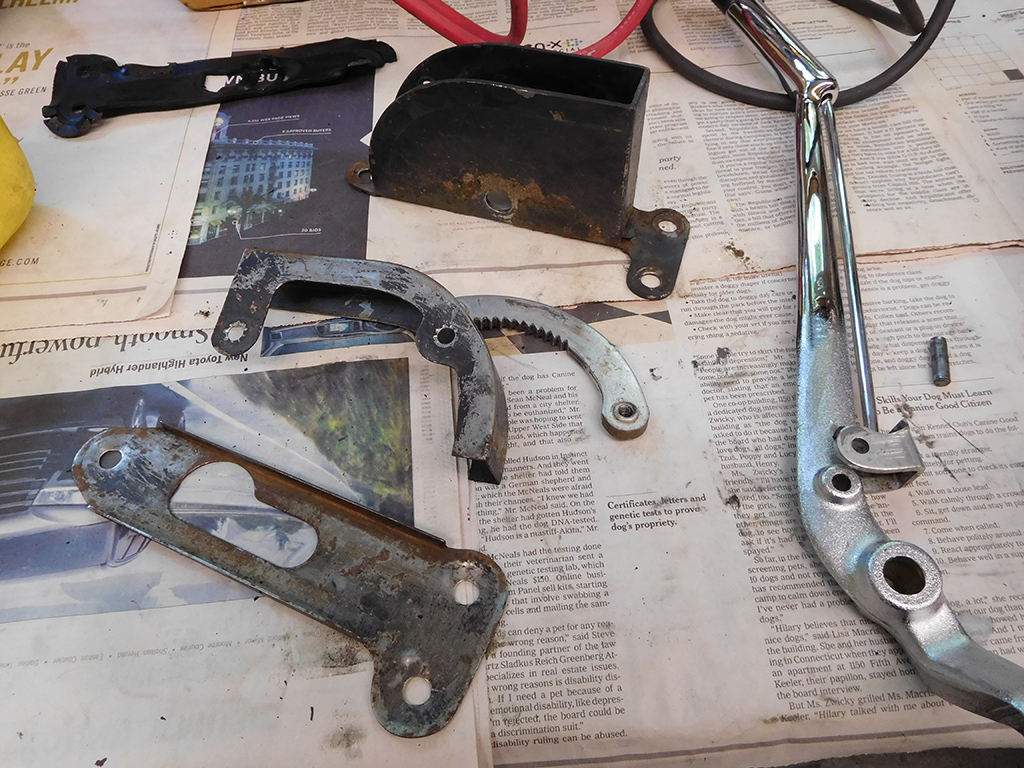 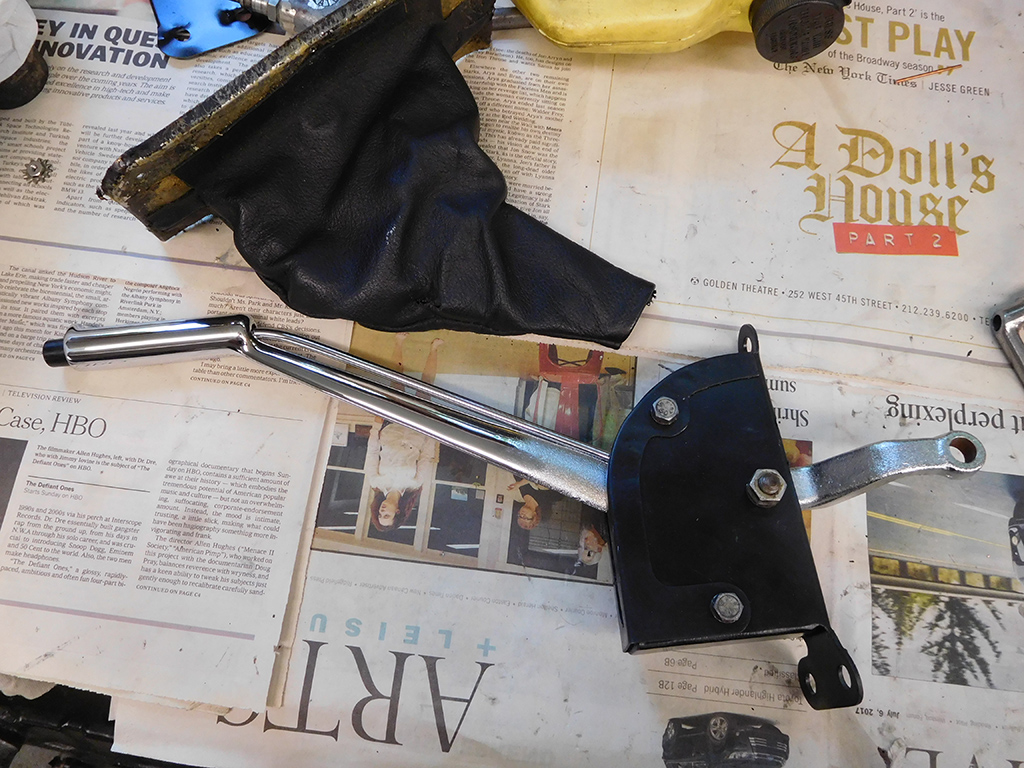 I stripped the old paint, primed, painted, greased, and assembled the mechanism. It may be many many years before this assembly has to come back apart! 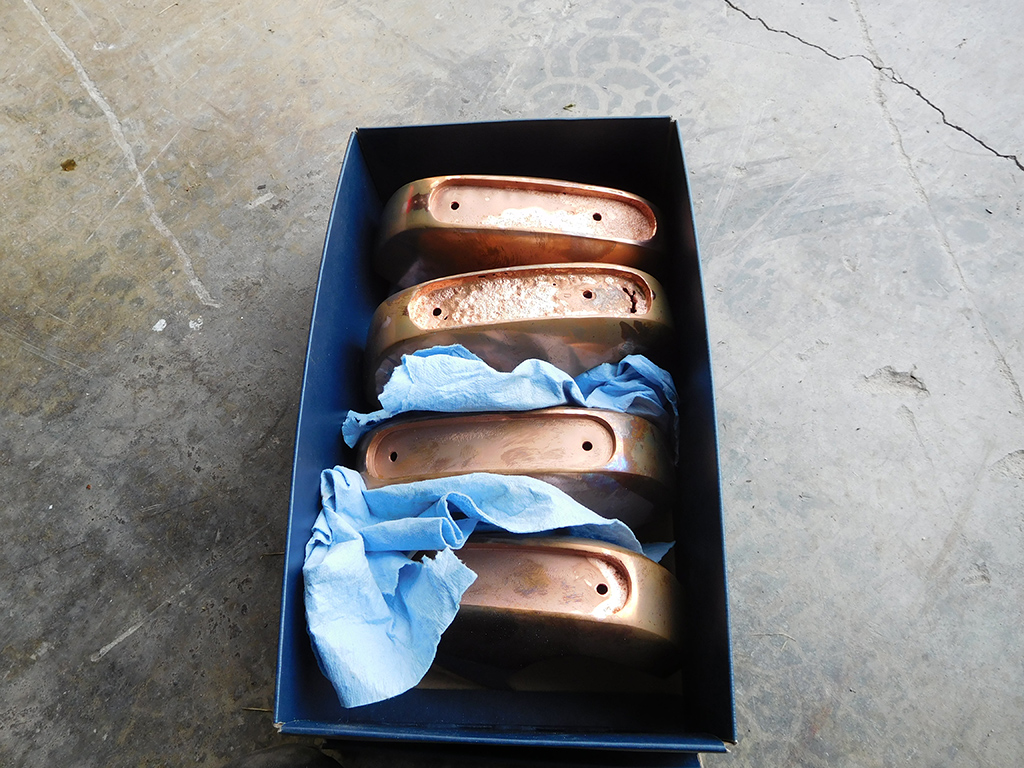 When I received the parking brake handle from my plater, he showed me the bumperettes that went to a GTE I’m working on. 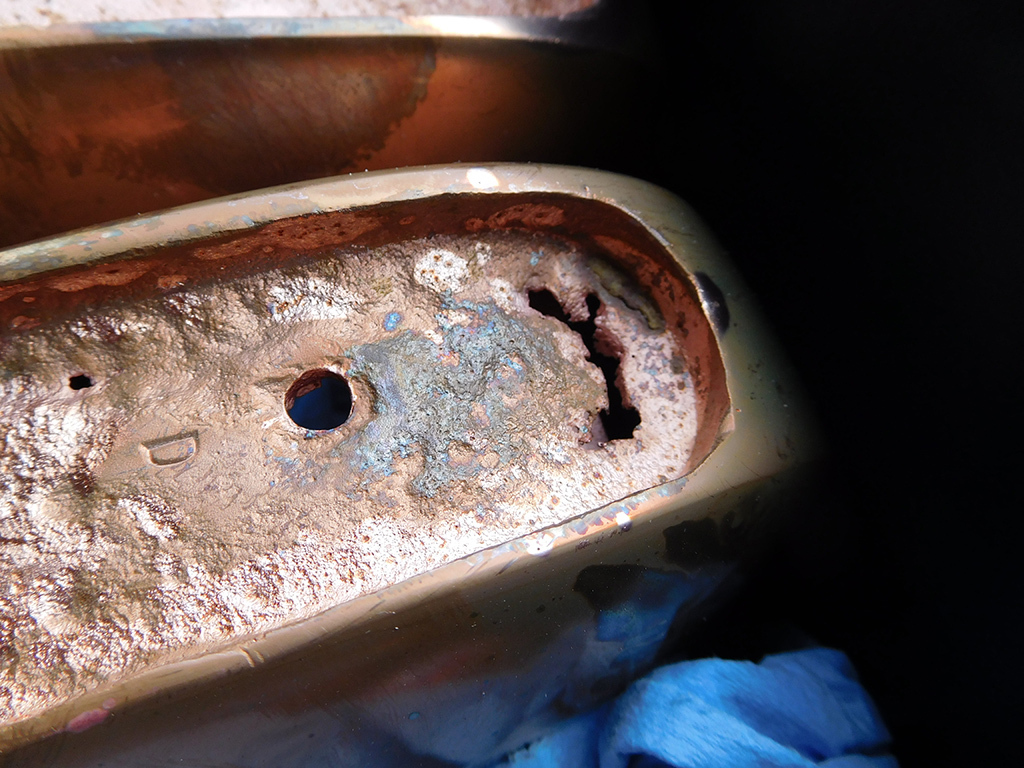 As usual, there was more rust to the parts than we first saw. Luckily, for some of the corrosion, it will be covered up by the rubber part of the bumper, but he’ll still have to do some welding to make the part more substantial. 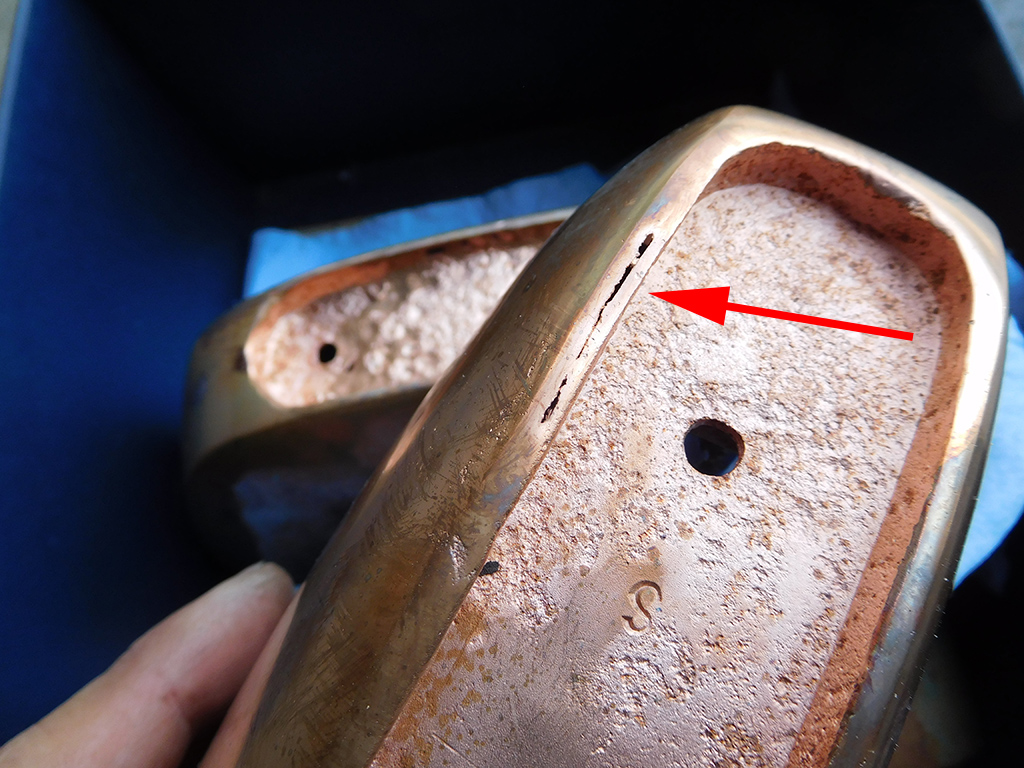 Unfortunately, there were still some places that needed more work that would be seen after the plating process. This little seam will have to brazed and filled so the plating will look better. (notice the “D” and the “S” stamped in these bumperettes. Destra for right, and Sinistra for left in Italian!) 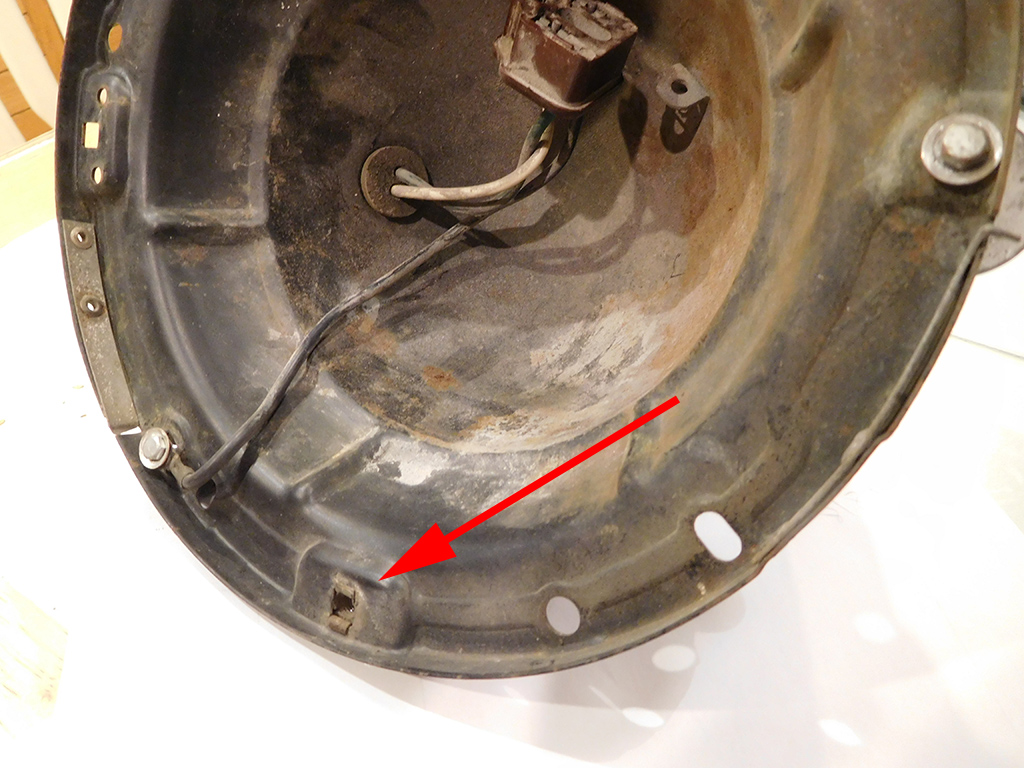 I’m assembling a 365GT 2+2 as well, and putting the headlight buckets together, I found one headlight was missing a tiny little part that would allow the headlight to be aimed. 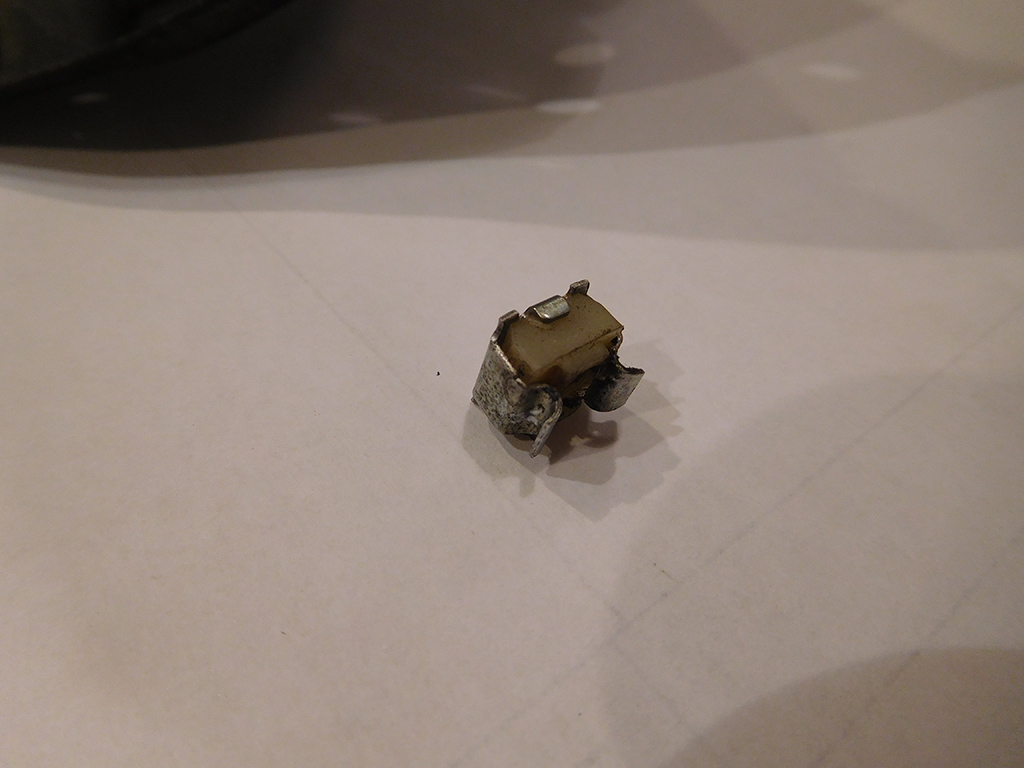 I managed to cannibalize one from a bucket I had laying around. What to even charge for this part? It was crucial for the headlight bucket to work, but insignificant in size! 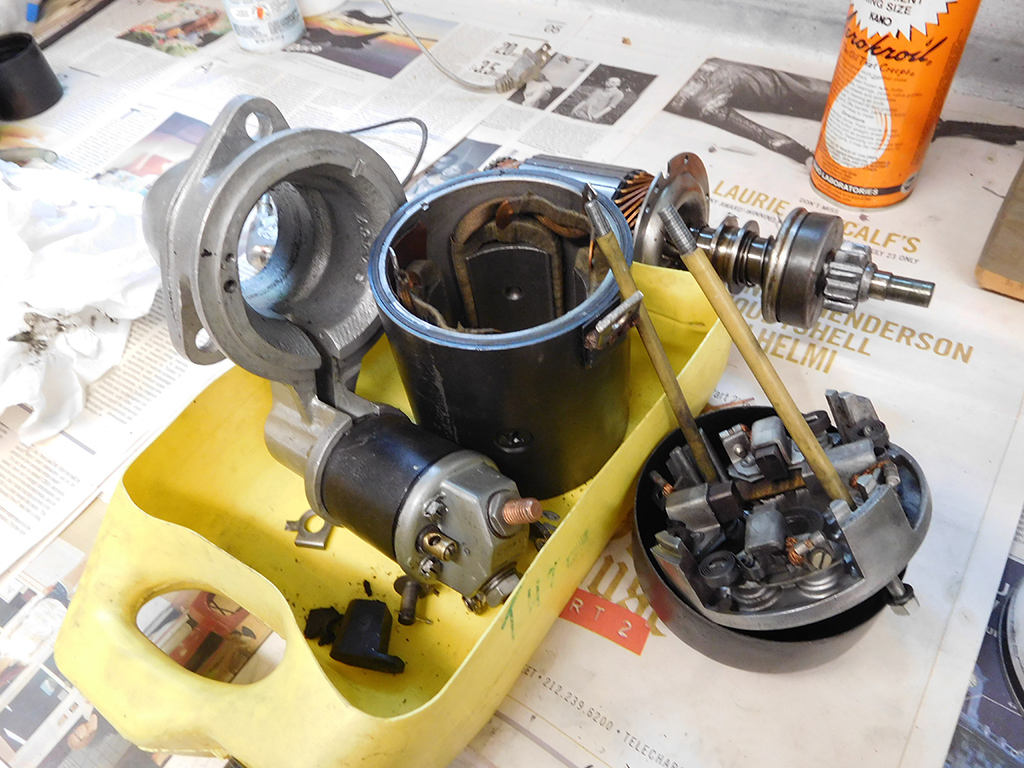 We’ve been working on a 275GTS and found some issues with the starter. When we fired the engine up on the engine stand, the starter worked fine, but once installed in the car, the starter wouldn’t engage the flywheel every time. We were forced to remove the starter after trying everything else, and take a closer look. These old starters are getting hard to find, and rebuilding them has also become challenging. This particular car had low mileage, and we suspected the starter was in the same condition, but yet something wasn’t meshing quite right. 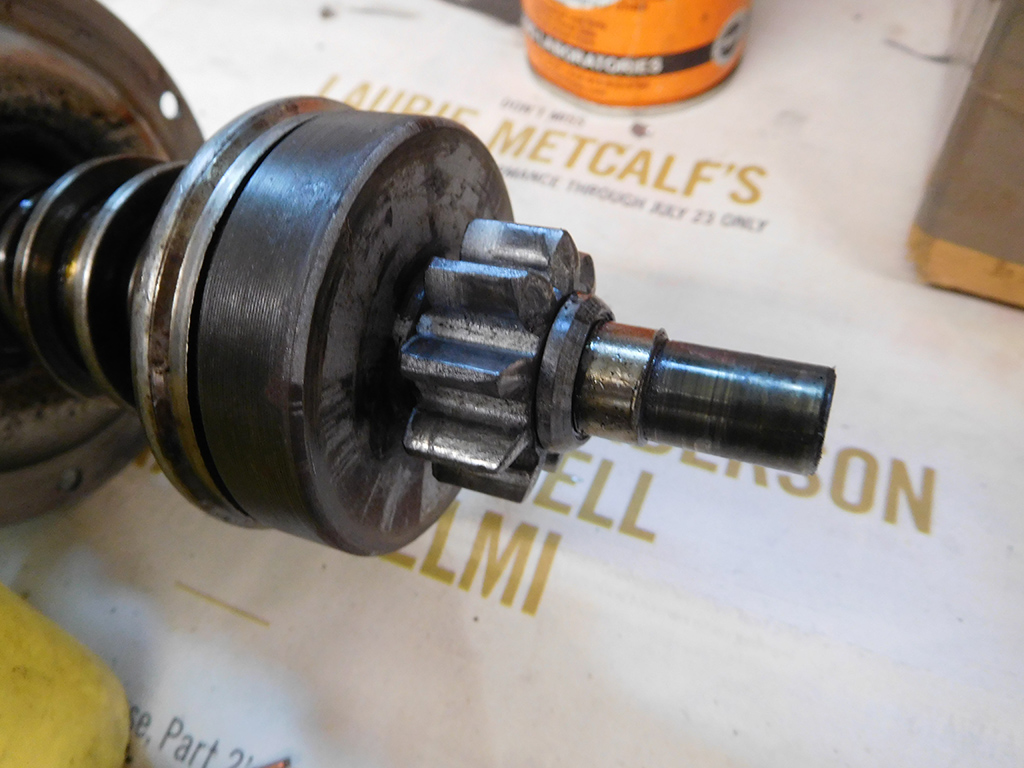 The car came into our show not running, so we had no idea if this was preexisting condition, but we heard the pinion having trouble disengaging from the flywheel at time. There were some strange marks on the pinion drive on the starter, so Francois tried changing the shape of the engagement gear slightly to see if it would help. After spending some time carefully reshaping the teeth on the starter, he found the problem was gone! I’ve got my fingers crossed that we found the issue and moved onto the next problem! 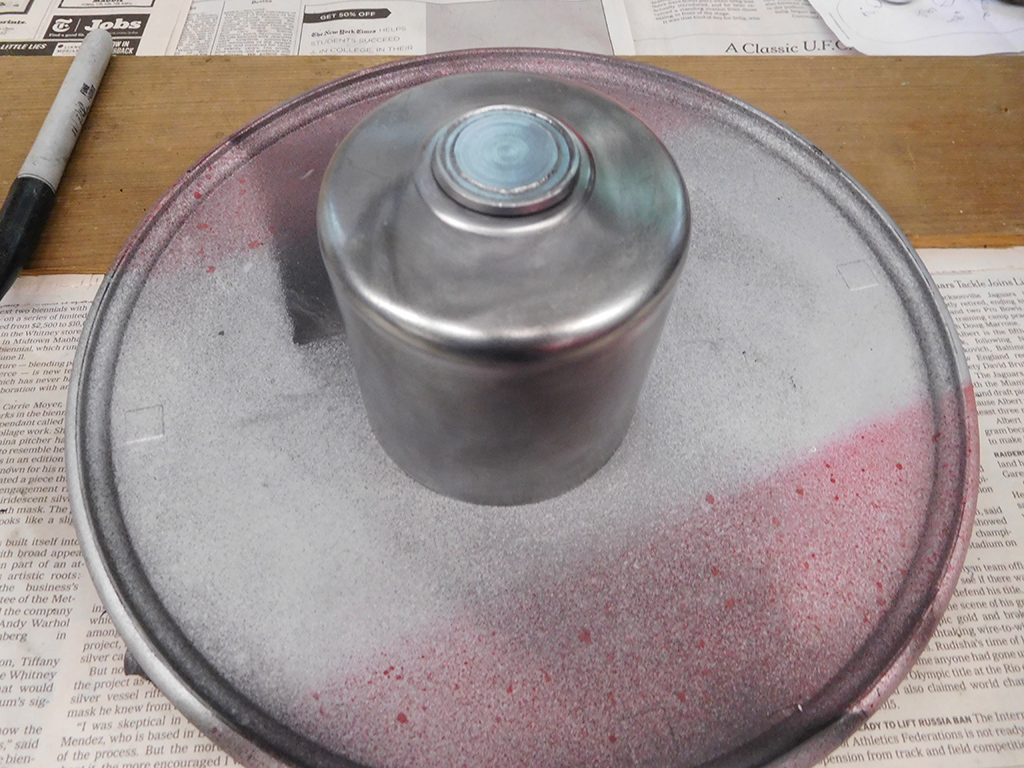 The fuel filter housing had some fuel spill from a leaking gasket and ruined the paint on the housing, so out it came for re-painting. With this car heading to a Concours, we couldn’t take the chance of having a judge seeing the blistered paint. Such the existence of a show car!