Chasing Details and other Cars! 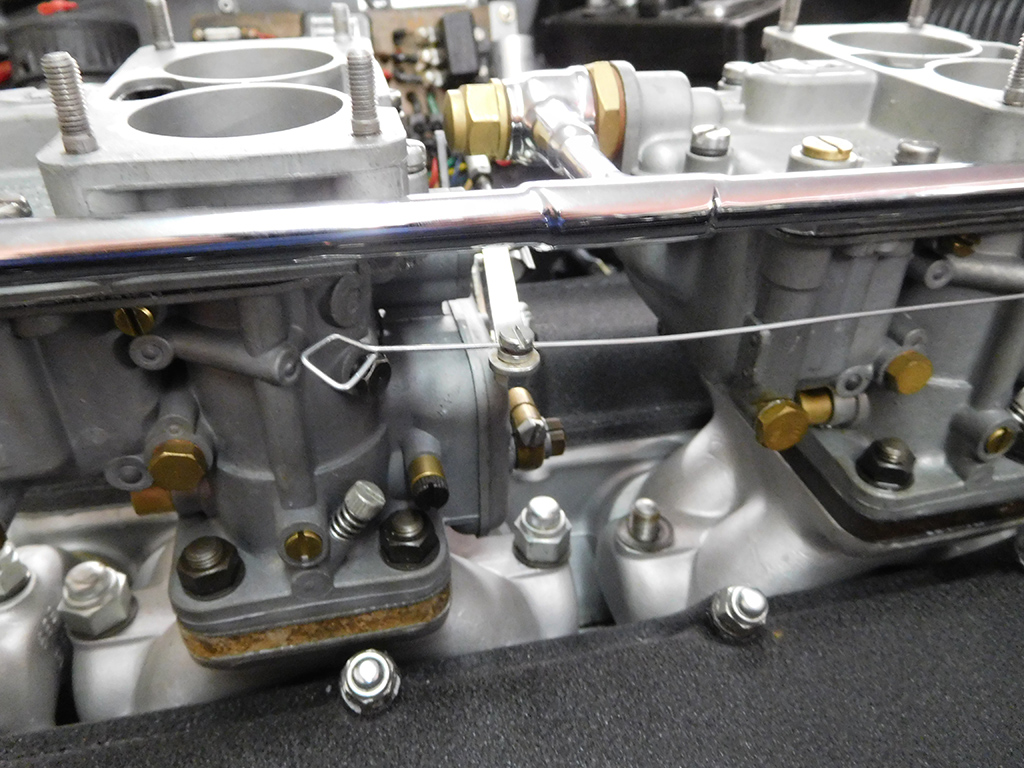 Lots of little details are being completed on the 275GTS restoration like the choke cable detail. A new cable had to be installed, routed, connected, and finished off with a diamond shaped bend on the end just like the factory did back in the 60s! 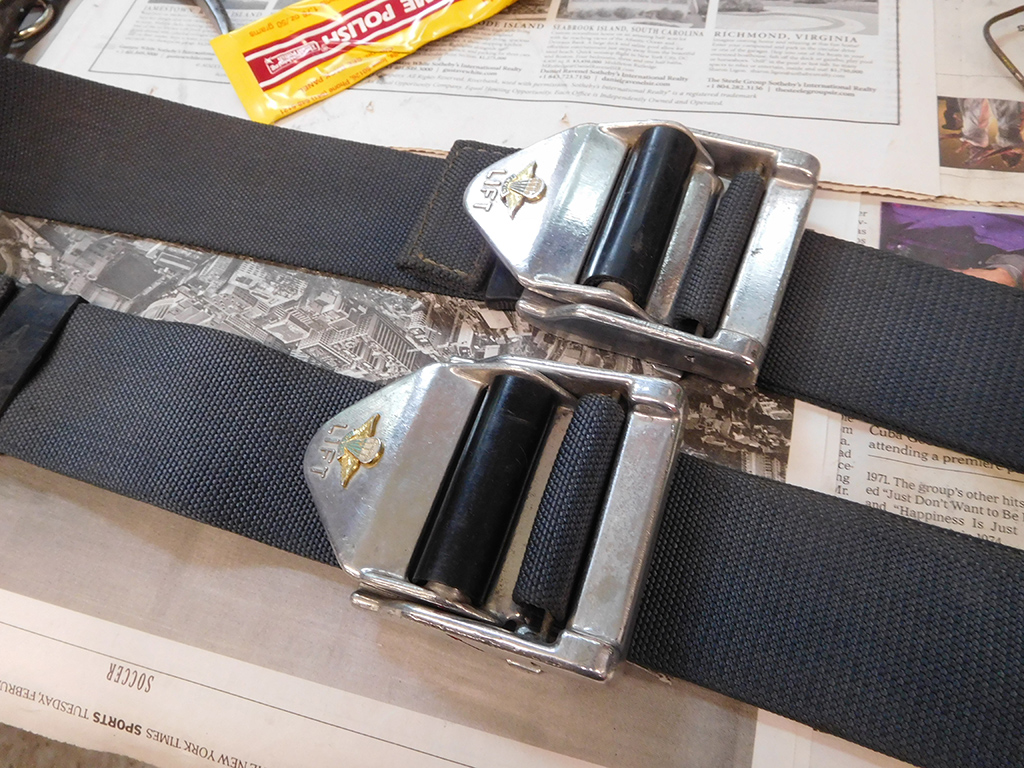 Most cars require the installation of seat belts and Francois had a set of period correct seat belts in his stash that he donated to this car. They’re aviation style belts that were installed in Vintage Ferraris, and will be period correct. We’ll need to decide what to do about the webbing as I don’t believe the original style of webbing is still available. 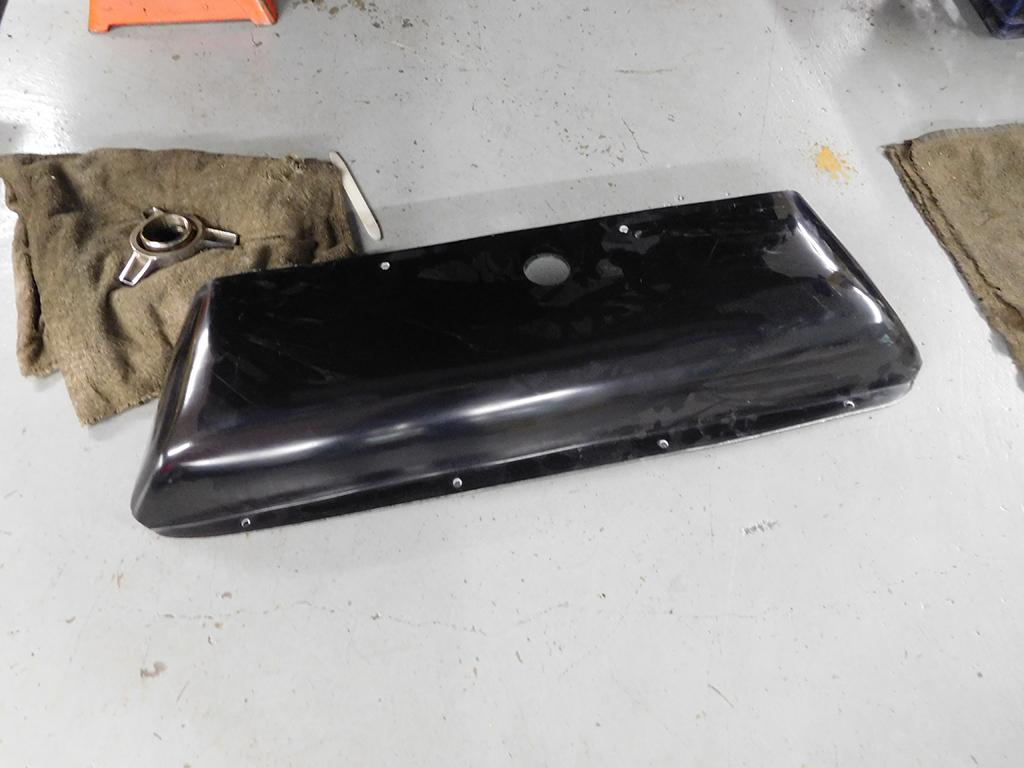 Another detail was fitting the nose pan to this front of this car to protect the radiator. The front holes line up with this reproduction pan, but I had to figure out how to mount the rear section by fabricating the mounts. Once all the mounting issues were addressed, I’ll paint the piece in semi-gloss black. 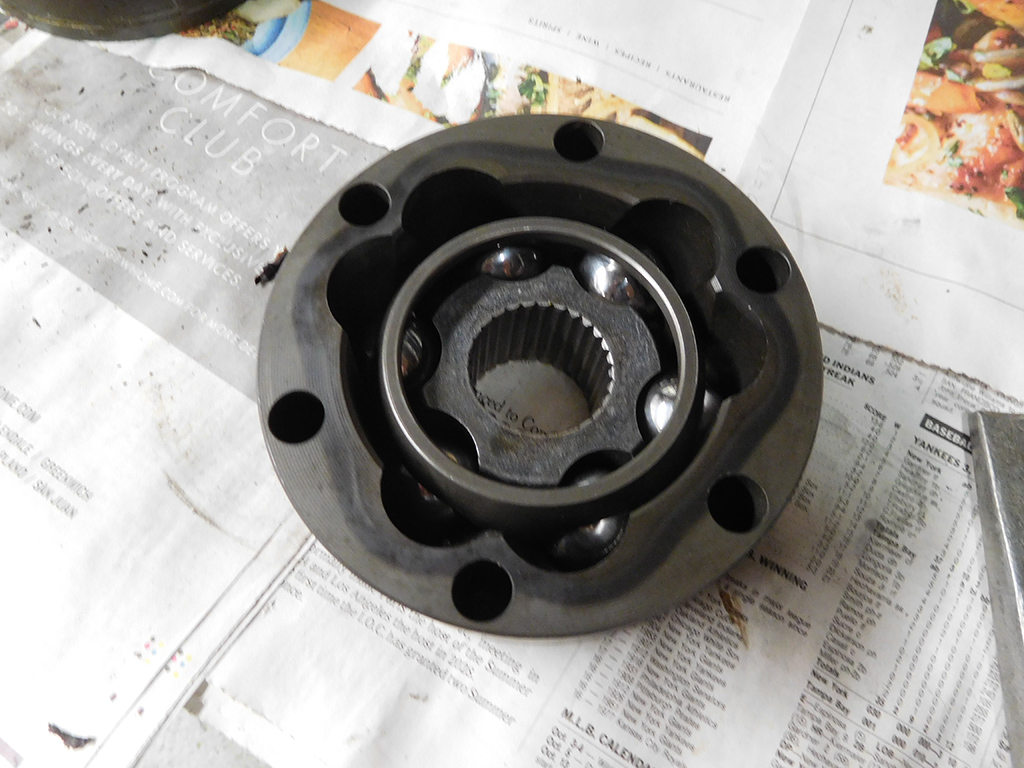 The Daytona at the shop required a new CV joint, so it arrived in the mail this week. 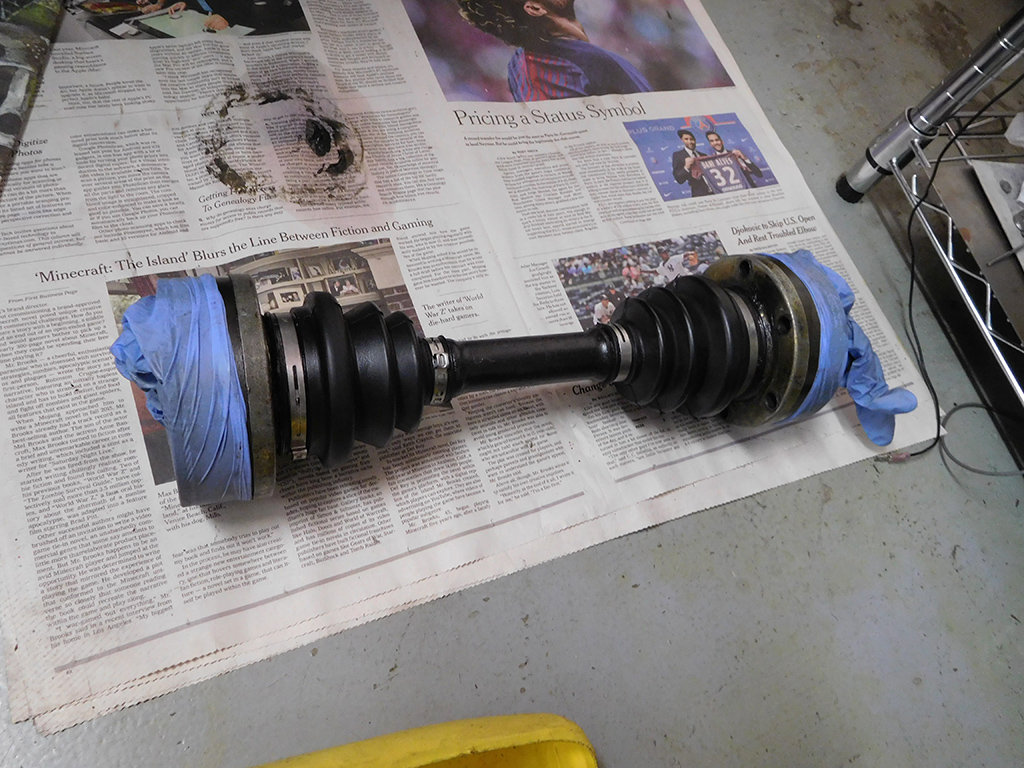 Repacking half shafts is never a clean procedure. Grease gets everywhere, but I learned a trick to use rubber gloves to cover the ends until the half shaft gets installed to keep the grease contained. I still managed to get grease everywhere else! 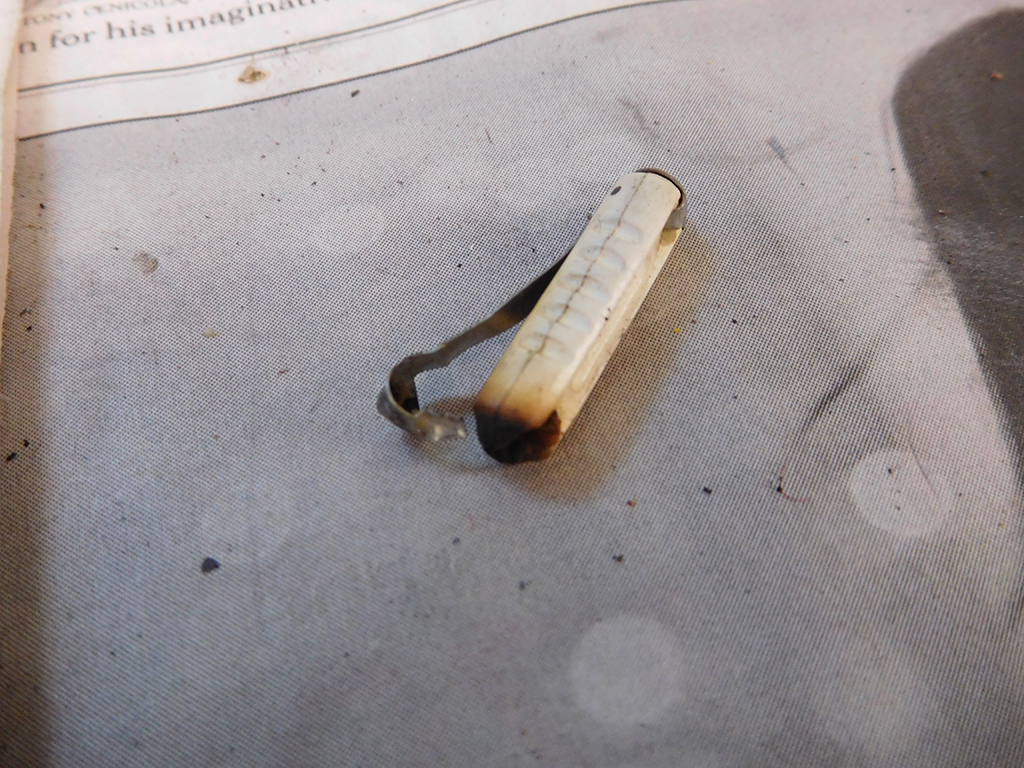 We were tuning the Daytona at the shop when the car started running a little hot. Although the fans were running in the beginning, they for some reason stopped running. After some trouble shooting, I found the culprit. The brass contacts at the fuse holder was loose, making a poor connection, so the connection at the fuse end overheated. The current didn’t blow the fuse, but arced enough to stop passing current between the fuse and the holder. It’s no wonder these types of fuse holders are no longer used! 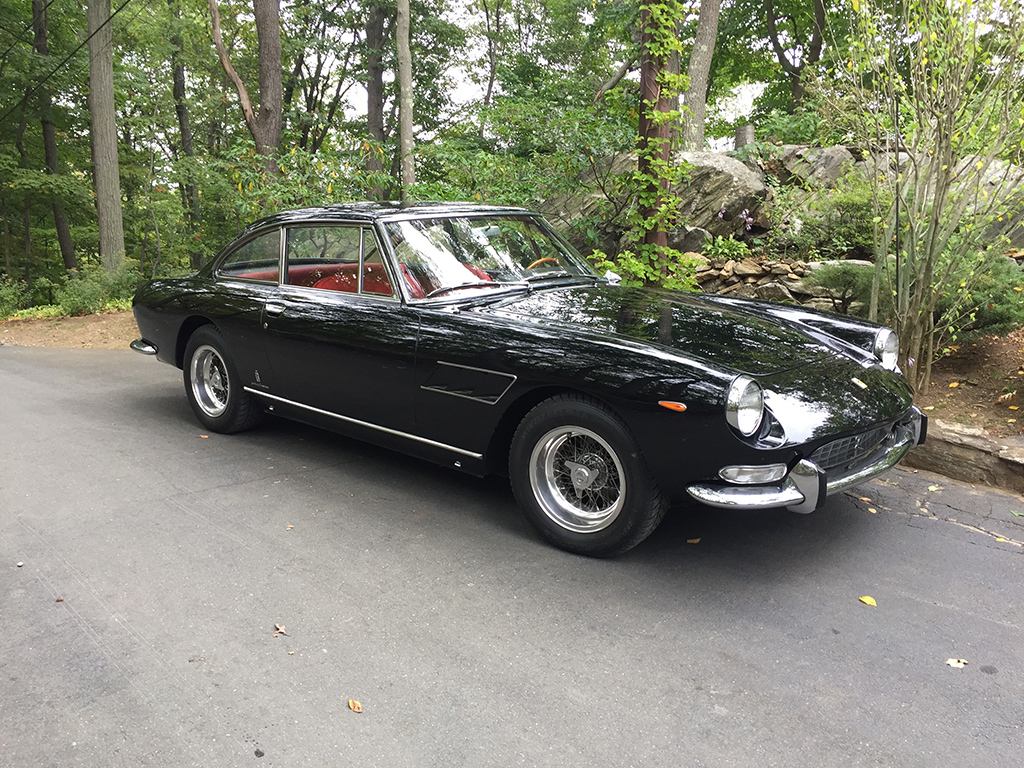 I’ve been very busy working on a bunch of cars all over the place. Unfortunately, some of our customers have to wait for us to free up some space to look at their cars, but I’m trying my best to make everyone happy. One new customer waited for us to find some time to take a look at his newly acquired 330GT. Since buying this car, he never felt it was performing up to standard, but a previous shop was never able to sort out the lack of performance. 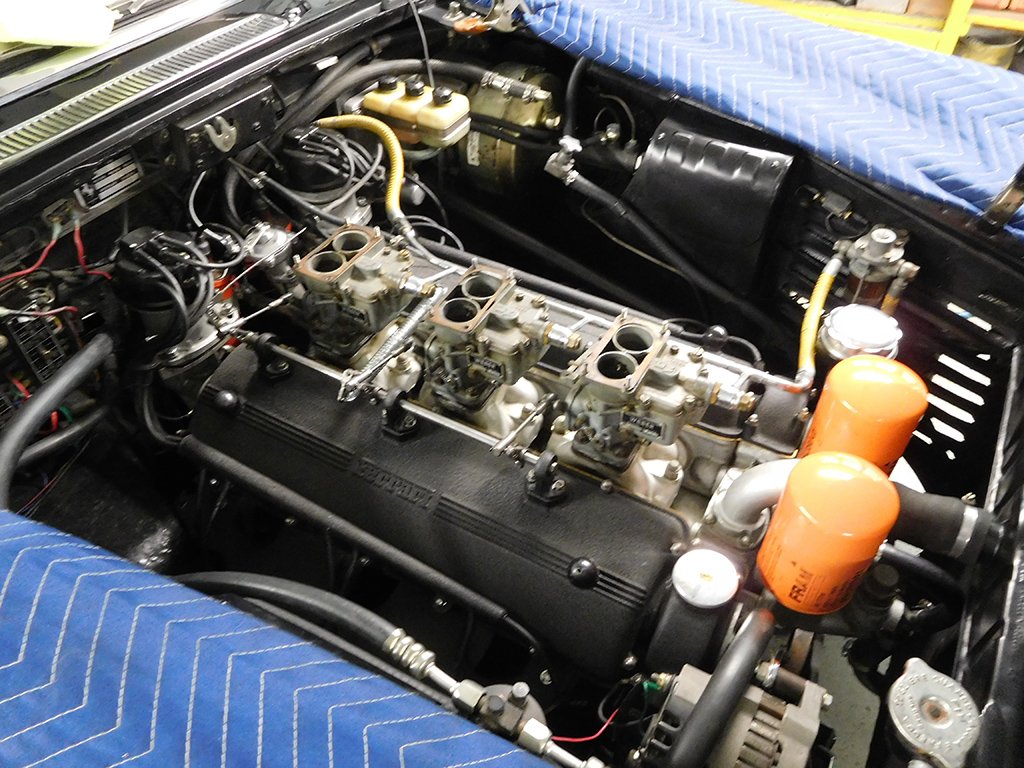 On one hand, I’m always up for the challenge of sorting out a Vintage Ferrari, but taking this kind of job can bring a lot of heartache. If another shop couldn’t fix the problem, they either missed something, or the problem is harder than the owner would want to know! If we find the problem, the other shop may look bad, if we can’t find the problem, we’ll look bad. I hoped I wasn’t going to regret this job!

The initial test drive confirmed this car was really down on power! It could barely make it up a hill, and I was surprised how bad she ran. I pulled the spark plugs and found they were a little wet. I continued inspecting the distributors and found minor issues with the points and phasing, but as I removed the second distributor, I found the probable source of most of the issues. The wire leading to the distributor came off the coil without unbolting it! The wire was barely making contact, so it was intermittently firing the coil. Firing half the cylinders half the time due to a poor electrical connection would certainly make this car run sluggishly.

I think it was the best outcome we could ask for!